Well, it’s been over 4 months since my last post – hope you enjoyed your vacation. I thought it might be time for a quick recap of our first fall spent in Saskatoon since 2007, you know, for reference 20 years from now when I can’t even remember which supplements I’m supposed take with lunch, let alone what that weird 2018 autumn in SK was like. 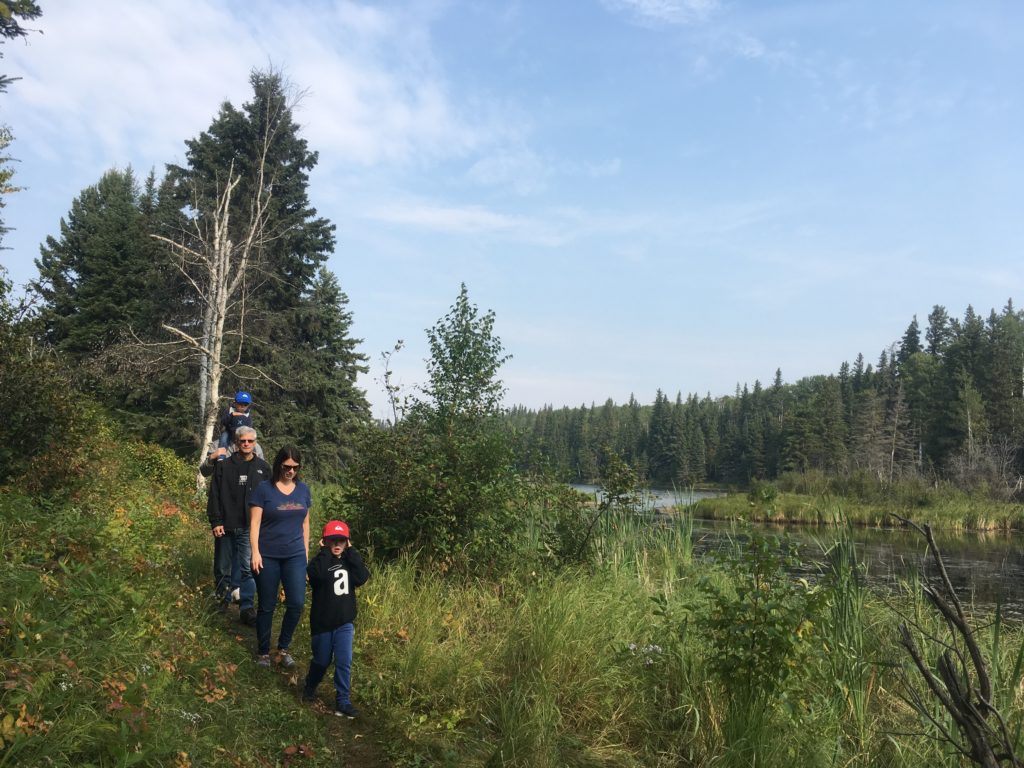 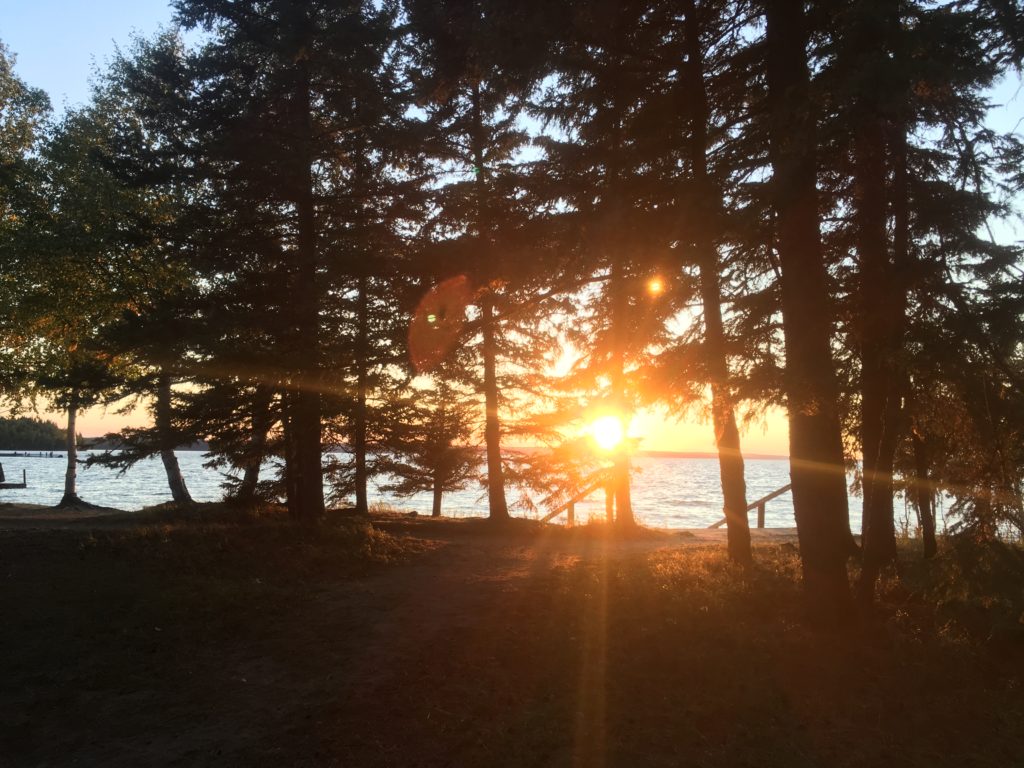 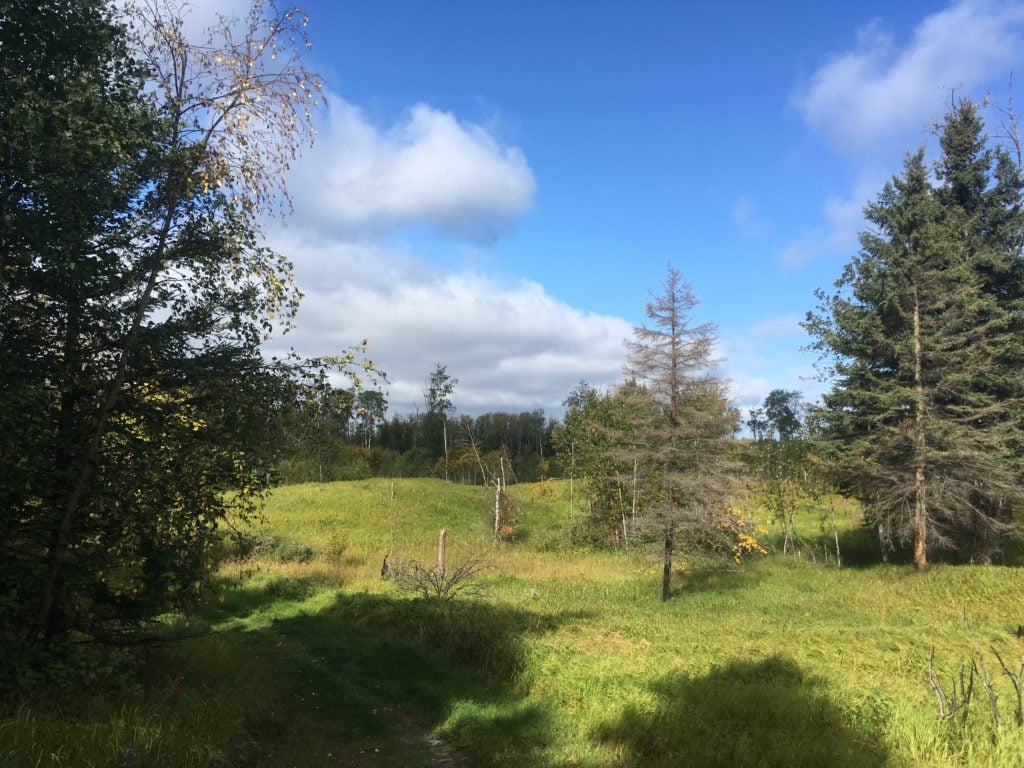 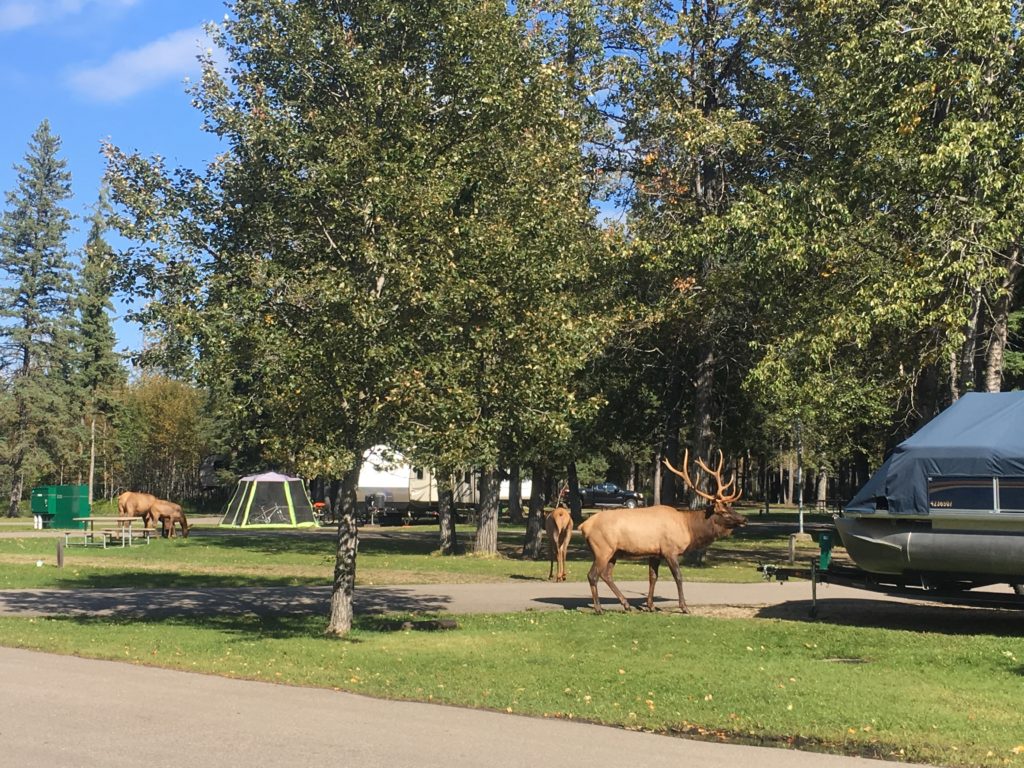 The whole impetus behind sticking around was Laynni taking a job in PA with the La Ronge Indian Band again, this time as project coordinator for their land code application. I won’t get into the details, but I can tell you that it isn’t nearly as glamorous as it sounds. I, on the other hand, decided I should try to put some of this unexpected time to good use as well, engaging in a job hunt for the first time in some years. And, to my occasional chagrin, I was able to land a couple online writing gigs. The first wasn’t overly taxing, requiring only about 10 hours a week, which fit nicely into my summer schedule of hanging out near the river and watching the World Cup. My fall undertaking, however, while still technically part-time, turned out to be far more time-consuming than that. On the bright side, it kept me plenty occupied throughout our rather dreary fall, writing into the early evening most nights (albeit usually following rather leisurely 11 am starts). While this quickly confirmed my previous belief that the quality of my writing goes sharply downhill after 2 or 3 hours, I also considerably broadened my writing horizons, churning out articles, blogs and web content for all sorts of things I’ve never written about before. Yes, I did write quite a bit of travel stuff, including a few weekly projects, but I also spent a surprising amount of time pretending to know about everything from blockchain to car dealerships to digital marketing to the history of gingerbread men (hint: it has to do with food). I’ll still have a couple freelance projects on the go in Guatemala but nothing quite so job-like. Either way, it was a good experience, and probably a better use of my time than getting way into the Food Network or taking an adult swim class. Not to mention reinvigorating my appreciation for not working which, since today is officially my last day on the payroll, starts… right… about… now. 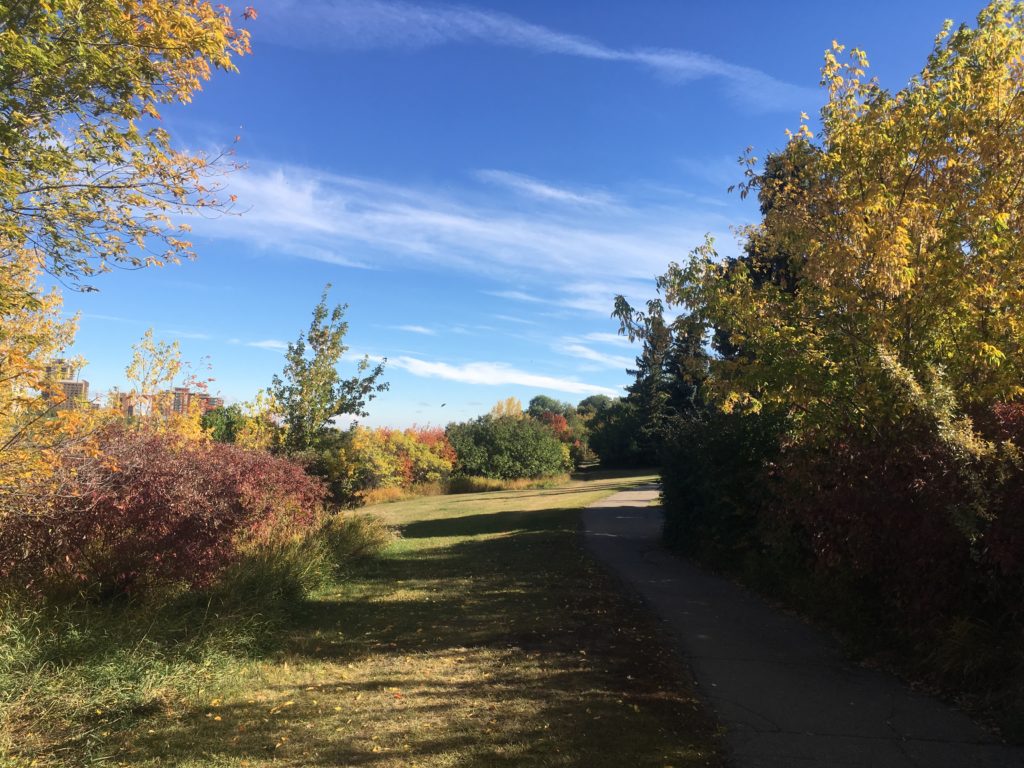 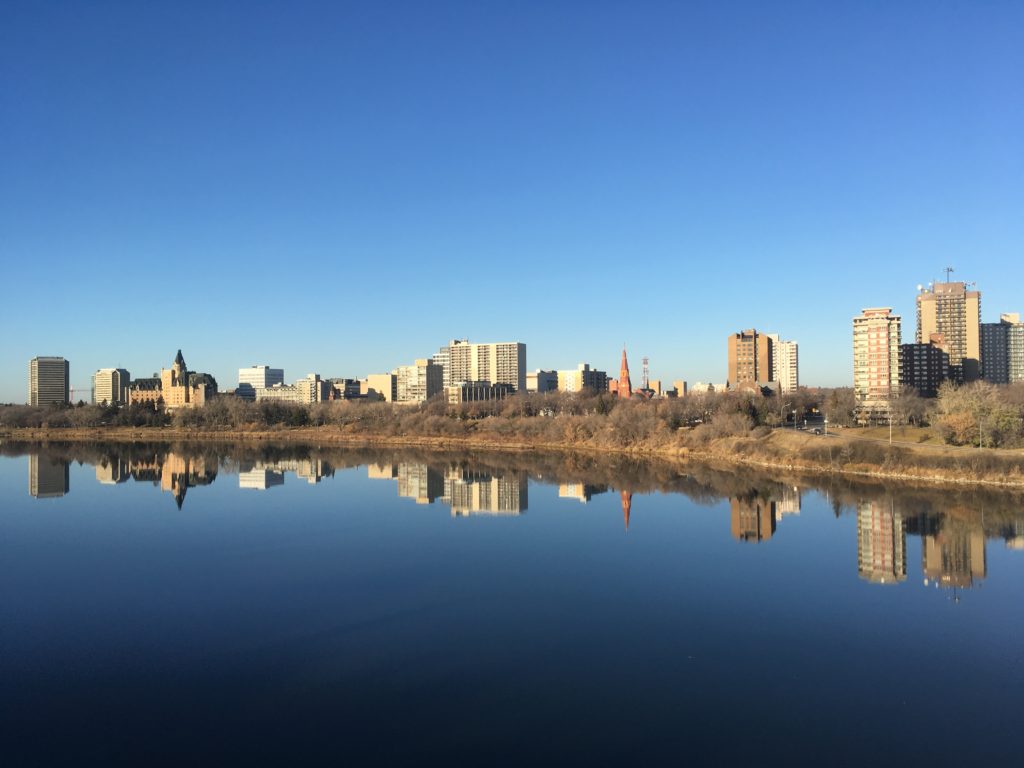 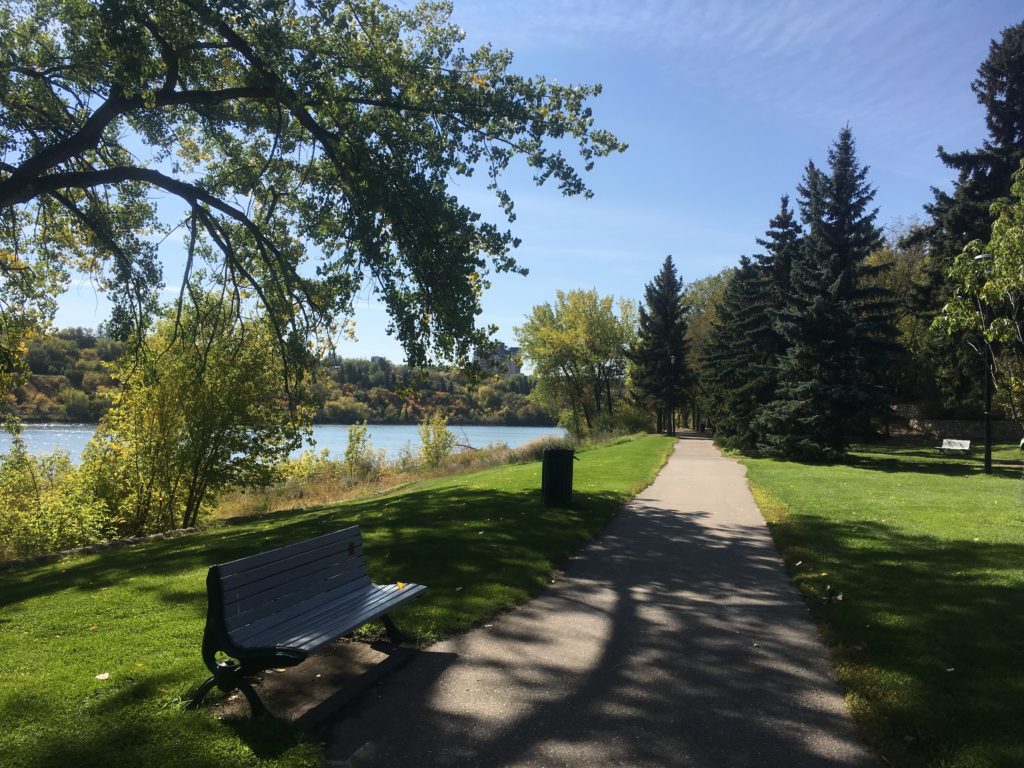 Our whole stay went pretty fast. In previous years, when we returned home for Christmas friends and family were always saying how it seemed like we just left, always with a slight tone of “maybe we could have waited a bit longer to see you again”. But after seeing how busy everyone is this time of year and how little socializing really takes place, I find my vaguely bruised ego at least partially restored.

Up until the last couple days we were lucky enough to experience relatively mild weather, although -10 with very sporadic sun doesn’t exactly compare to the high 20’s beach weather we expect in Mexico or the perfect, sunny low 20’s that make Lake Atitlán so appealing to us. That’s right, we’re heading back to some very familiar haunts to see out the rest of winter. First up, Puerto Vallarta, with 4 nights in an old town condo, then a week-long all-inclusive with 21 of our closest family and friends. Which sounds like a lot because, well, it is. But, realistically, large groups work well at all-inclusives because there are always some people interested in doing whatever you happen to be interested in at any given moment, be it eating, swimming, walking on the beach, shopping, playing games or, most often, planting yourself on a nicely shaded lounger and drinking yourself into an alcohol/heat/inactivity coma. That’s my plan, at least. 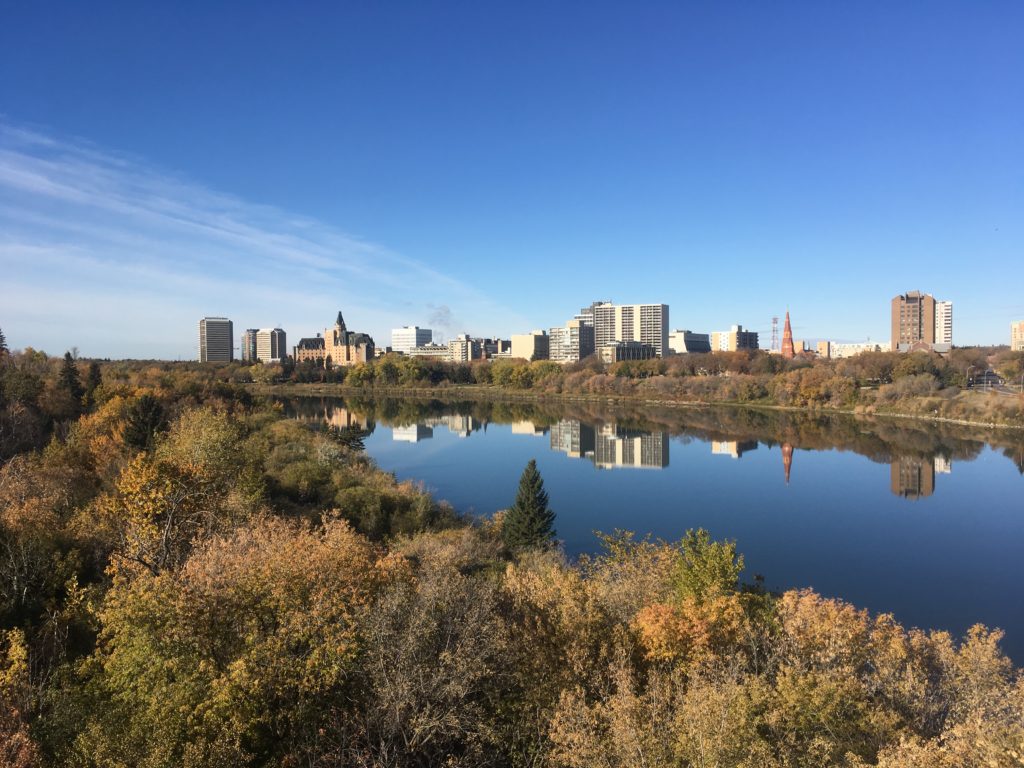 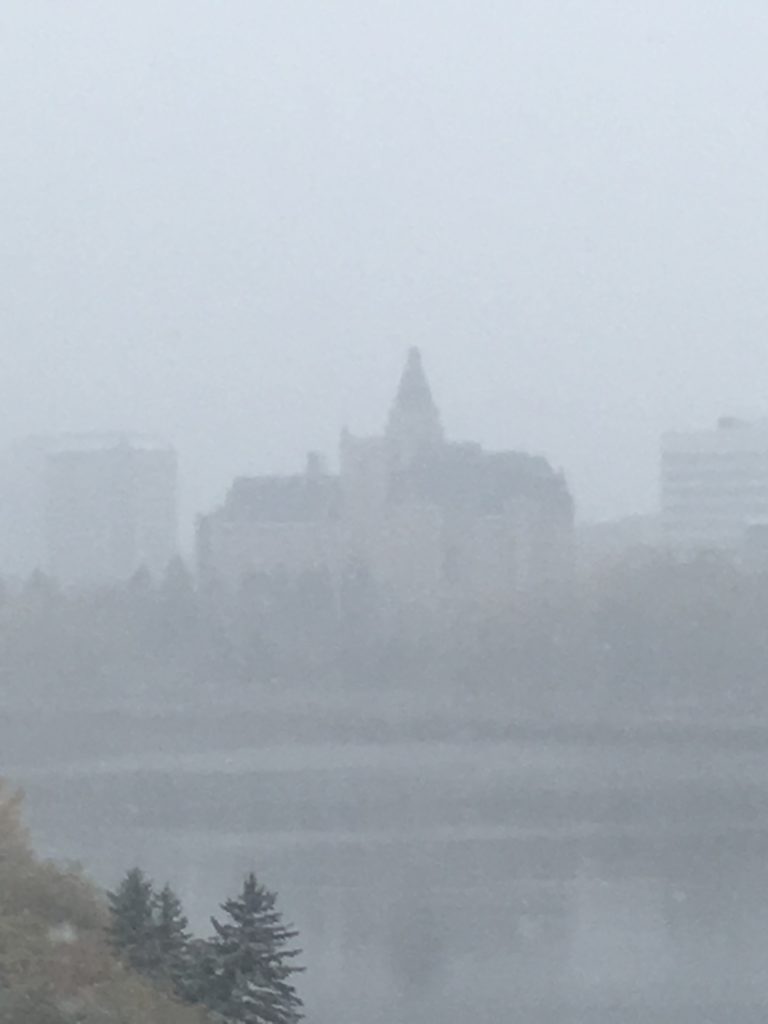 After we bid farewell to everyone, we fly down to Guatemala City where we’ll spend the usual arrival-time induced night in The Big Ugly safely holed up in a cozy little hotel in a gated community 5 minutes from the airport. The following day we get a private shuttle so we can stock up on groceries (my 12-dozen Extra beers ran out by the end of February last year – recalculations are currently underway) and undertake the roughly 4-hour drive to the lake and our home-away-from-home in Pasaj-Cap. I think we know just about everyone who will also be there over our 3 months, meaning plenty to look forward to in terms of hiking, parties, and daily happy-hours.

So that is all soon to come, meanwhile, is there anything worth discussing from the past few months? Depends on what else you’ve got going on, I guess. If you still have some urgent Boxing Day sales to attend, or are working on creating a barrage of appetizers for your upcoming New Year’s Eve bash, then by all means consider yourself caught up and move on. However, if you’re like many others, wandering quietly back and forth between the couch and bathroom trying to will yourself out of your latest holiday hangover and vainly attempting to find something in the latest obscure college football bowl game that might trigger some reason to care about it, occasionally flipping back to see what’s happening in the Ottawa Senators – Florida Panthers matinee, well, I’ll try to come up with a few things.

Let’s see, September really sucked. The first thing I said when we decided to stick around was that at least we’d get to spend a September at Waskesiu. It is often the best time of year to be there, when almost everyone has left, the mosquitoes have gone with them, and the weather is usually great for everything other than going to the beach, which is the only thing I don’t like about the lake in the first place. So, perfect, really. Then a nice Labour Day weekend gave way to three awful weeks of cold temperatures and about 3 hours of combined sun spread over the whole month. We barely even made it up there. 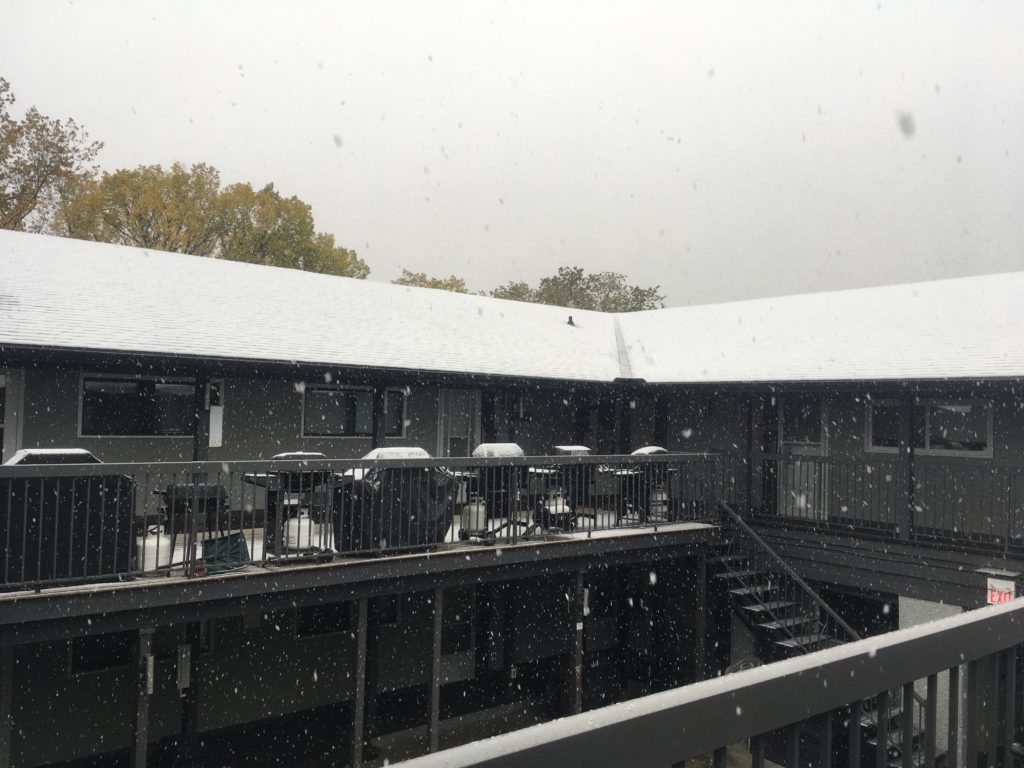 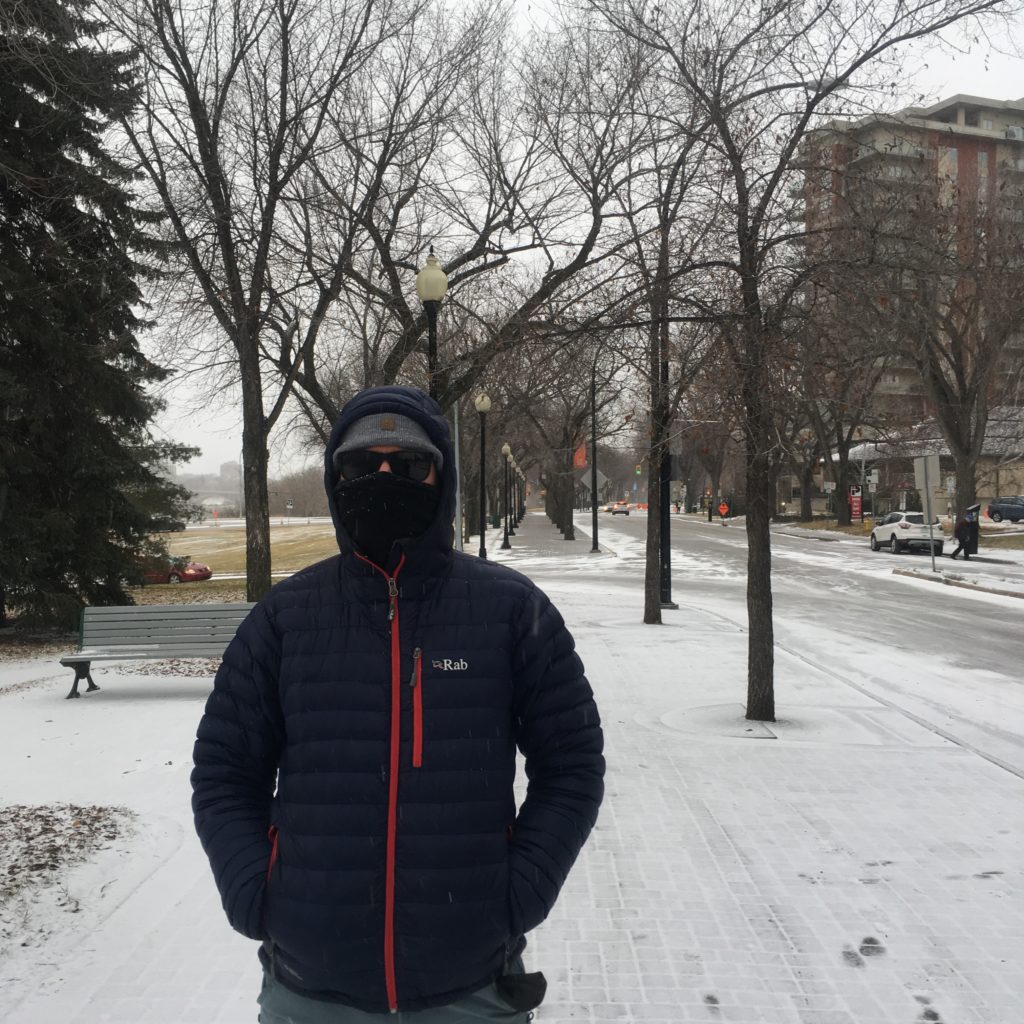 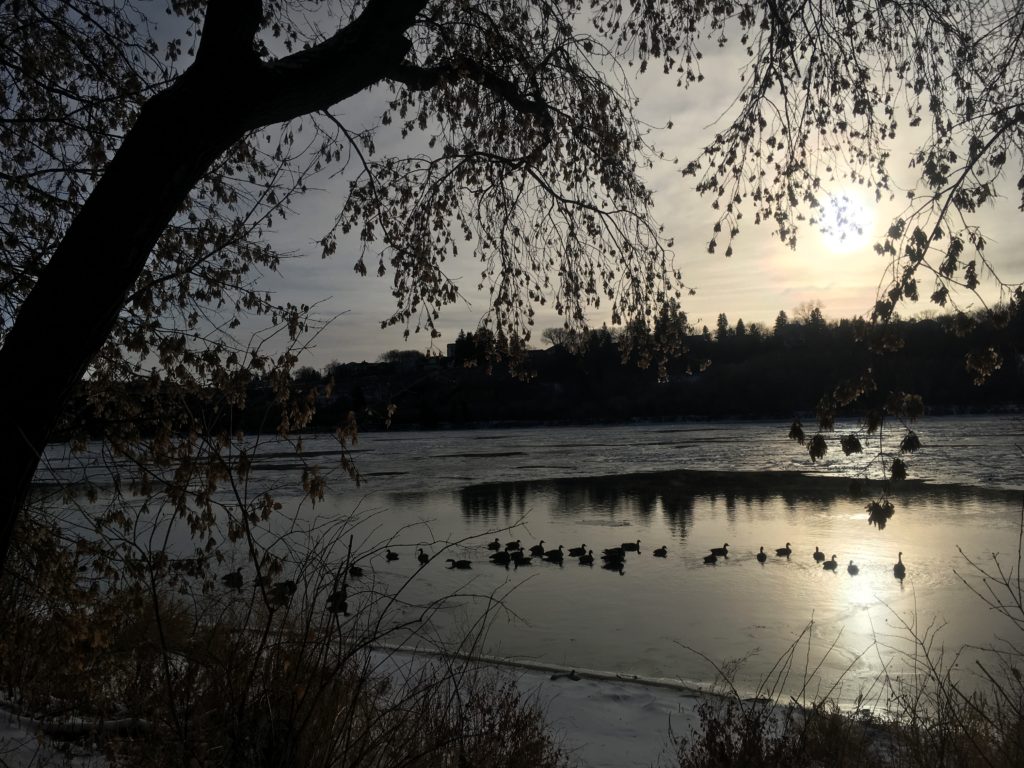 In fairness, October was pretty decent, the same temperature as September (which, at that point, qualified as mild) and lots of sun. Plus, we took a brief road trip to Calgary to party with many of our SK transplant friends, had a great time, a welcome change of scenery from typing at our Ikea kitchen table.

While I never managed to find any hockey team willing to commit a spot to a converted goalie who only planned to stick around for a couple months, I did get a chance to play a bunch of floor hockey and maybe 15 soccer games, my first tile and 7-on-7 games in several years. Which was obviously fun, outside of some rather unfortunate turf rash and my continuing propensity to hit posts and cross-bars (when I wasn’t fully missing the net altogether). 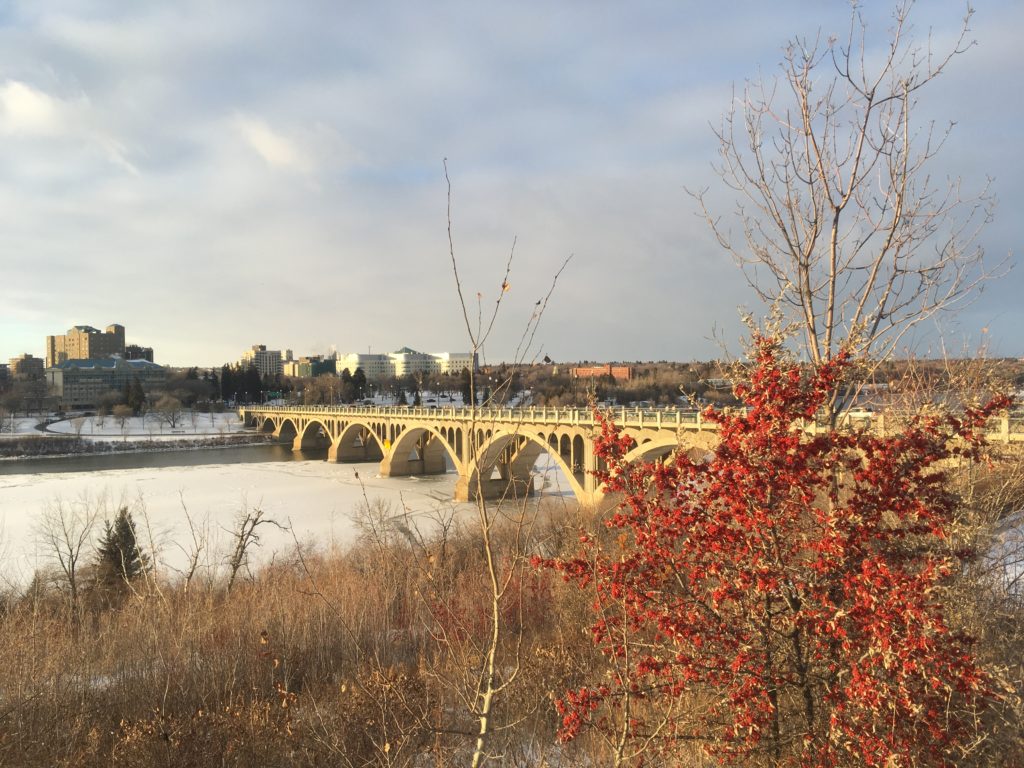 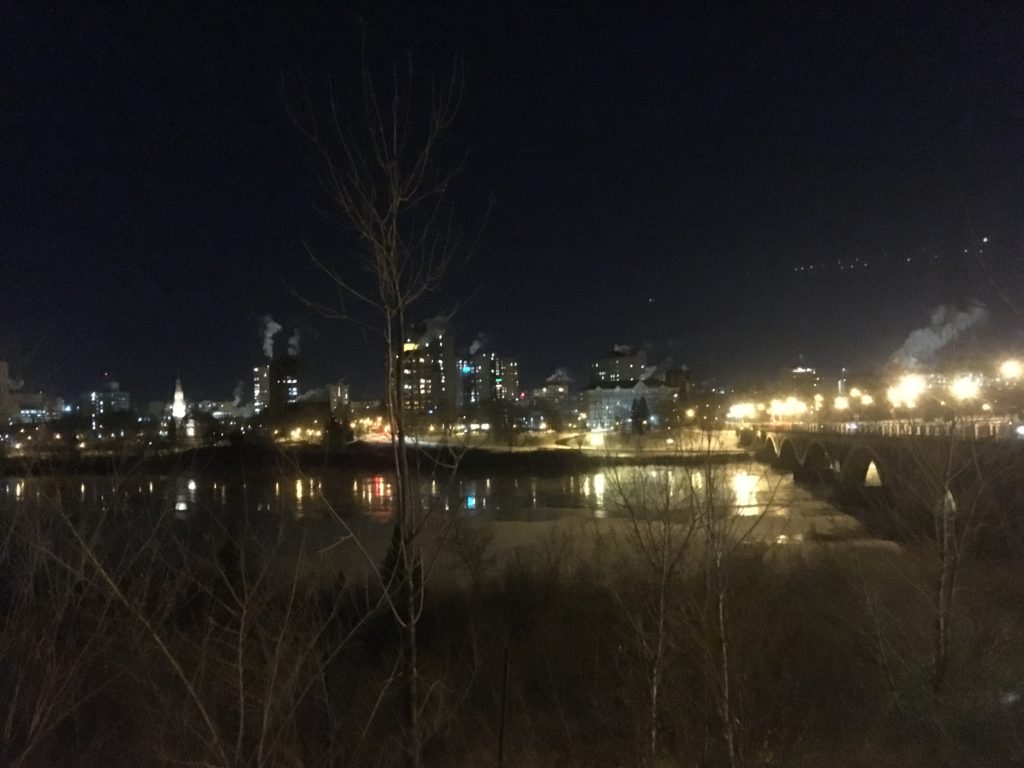 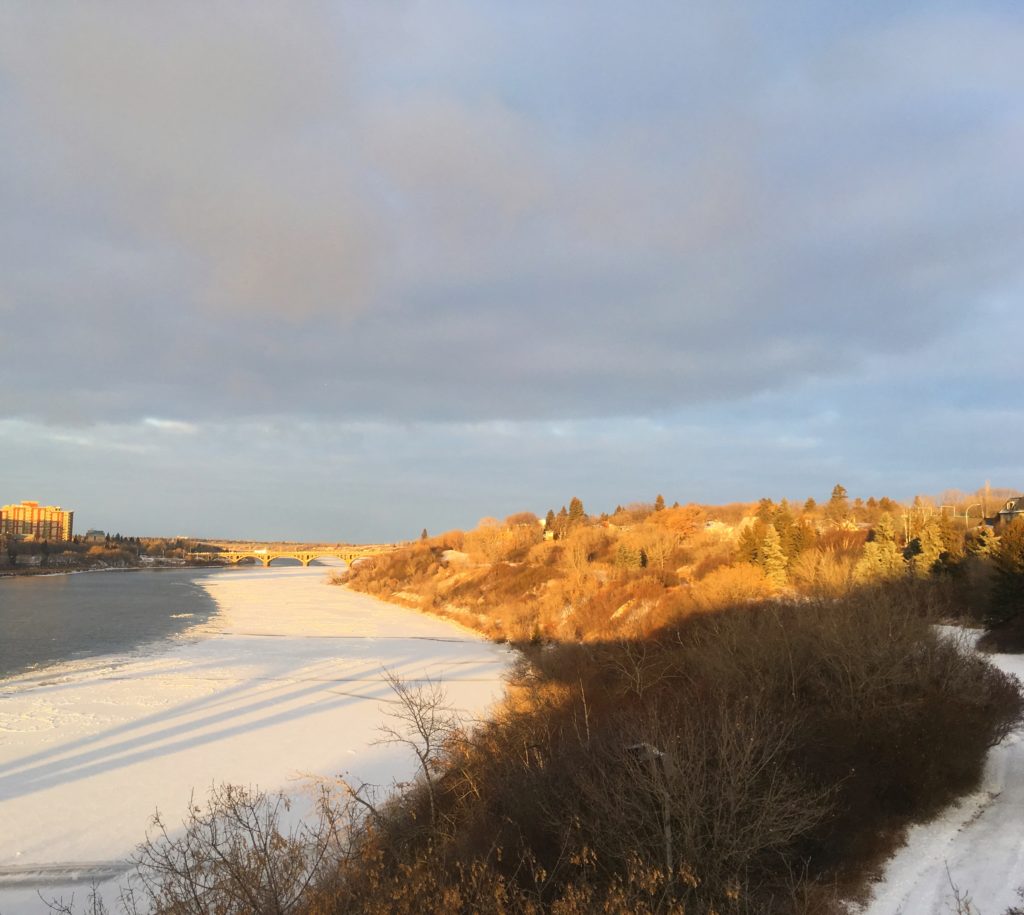 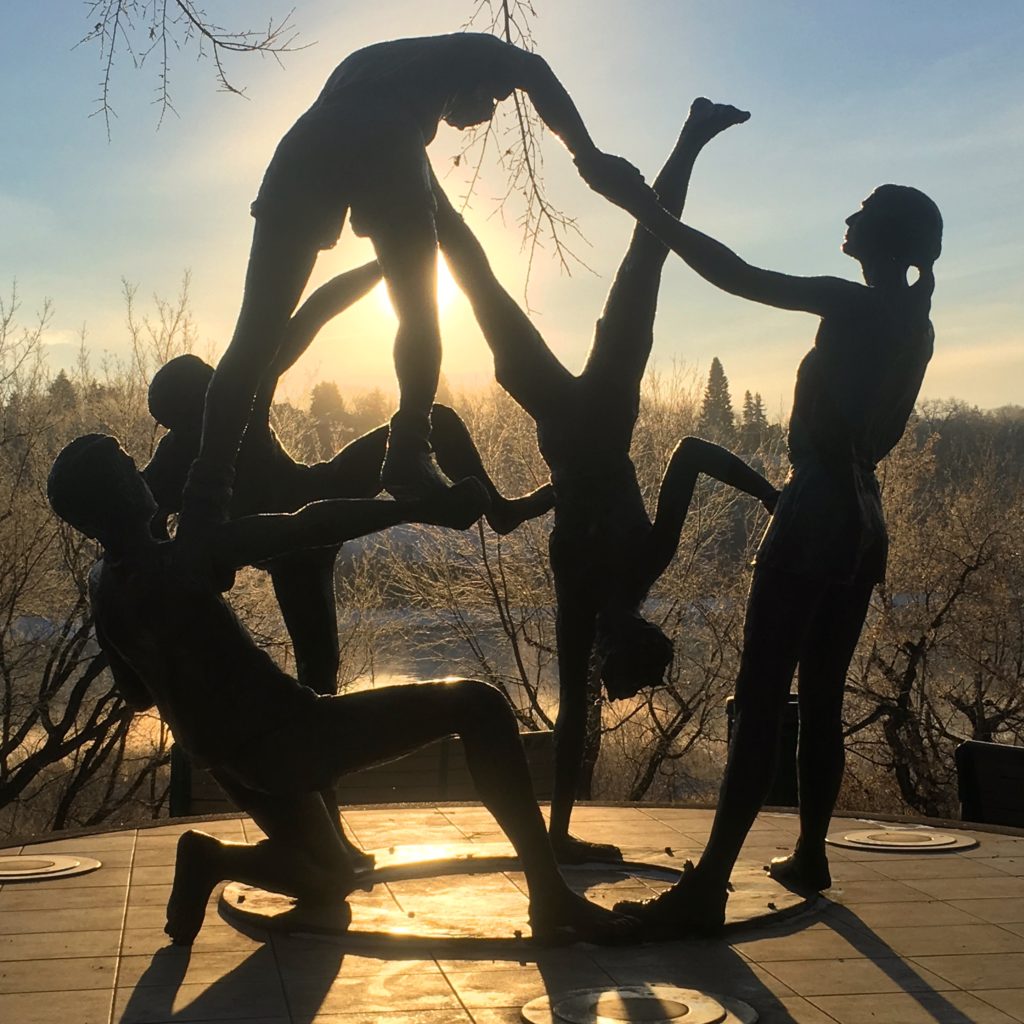 I got back into fantasy football for the first time in quite awhile, also, which I felt I should mention because, as we all know, there is nothing quite as endlessly fascinating as listening to someone talk about their fantasy team – despite the fact you are not in the same league, or any league, and have absolutely no context for any of it – and, inevitably, how incomprehensibly unlucky they have been. Oh, your quarterback got hurt and ruined everything? What are the chances? I mean, really, when was the last time you heard about an NFL quarterback getting hurt? Having said that, however, our case was special, as we lost both Newton and Wentz, then Aaron Rodgers yesterday, and obviously would have run away with the whole thing if not for this bizarre and wholly unfair occurrence. 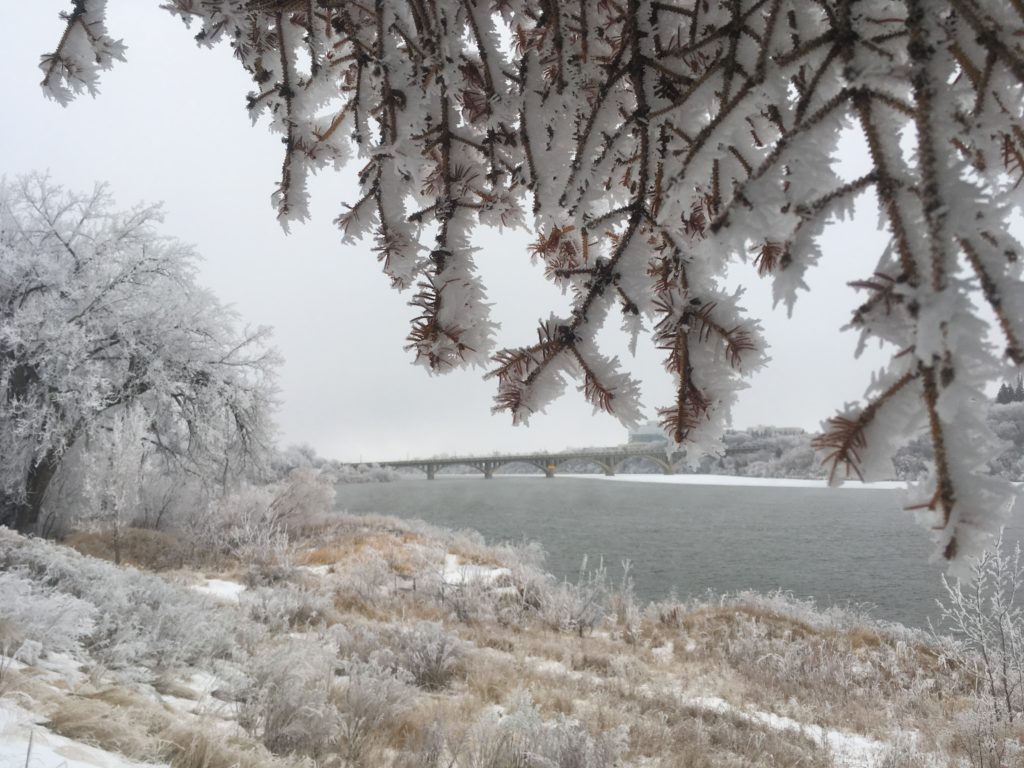 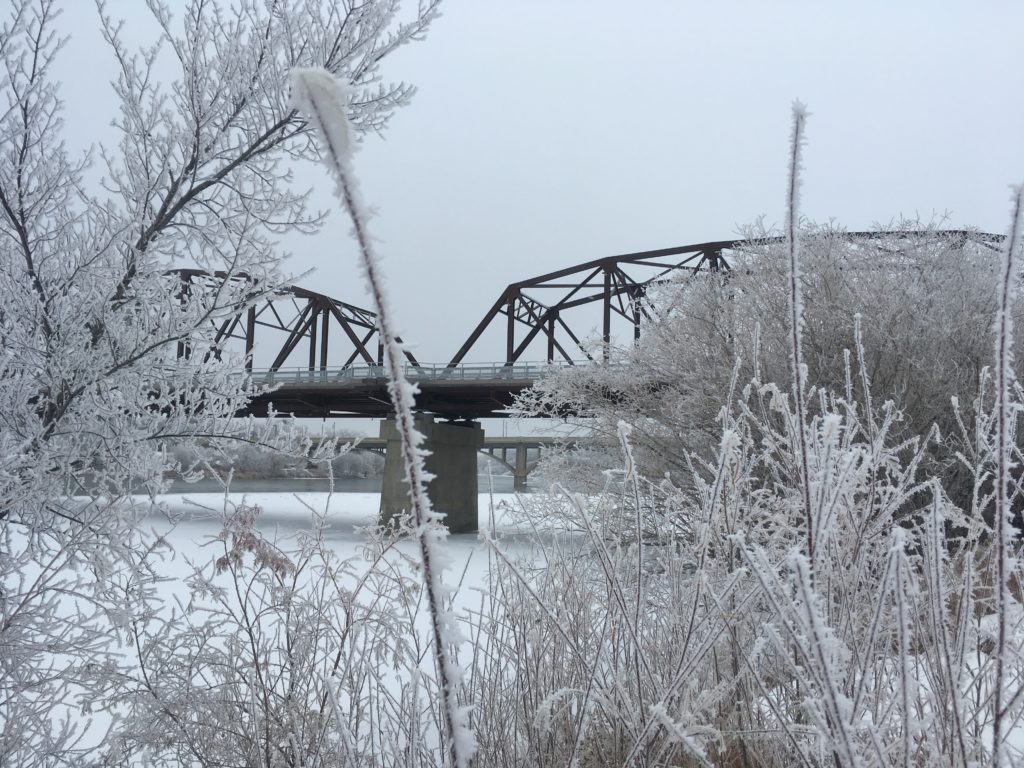 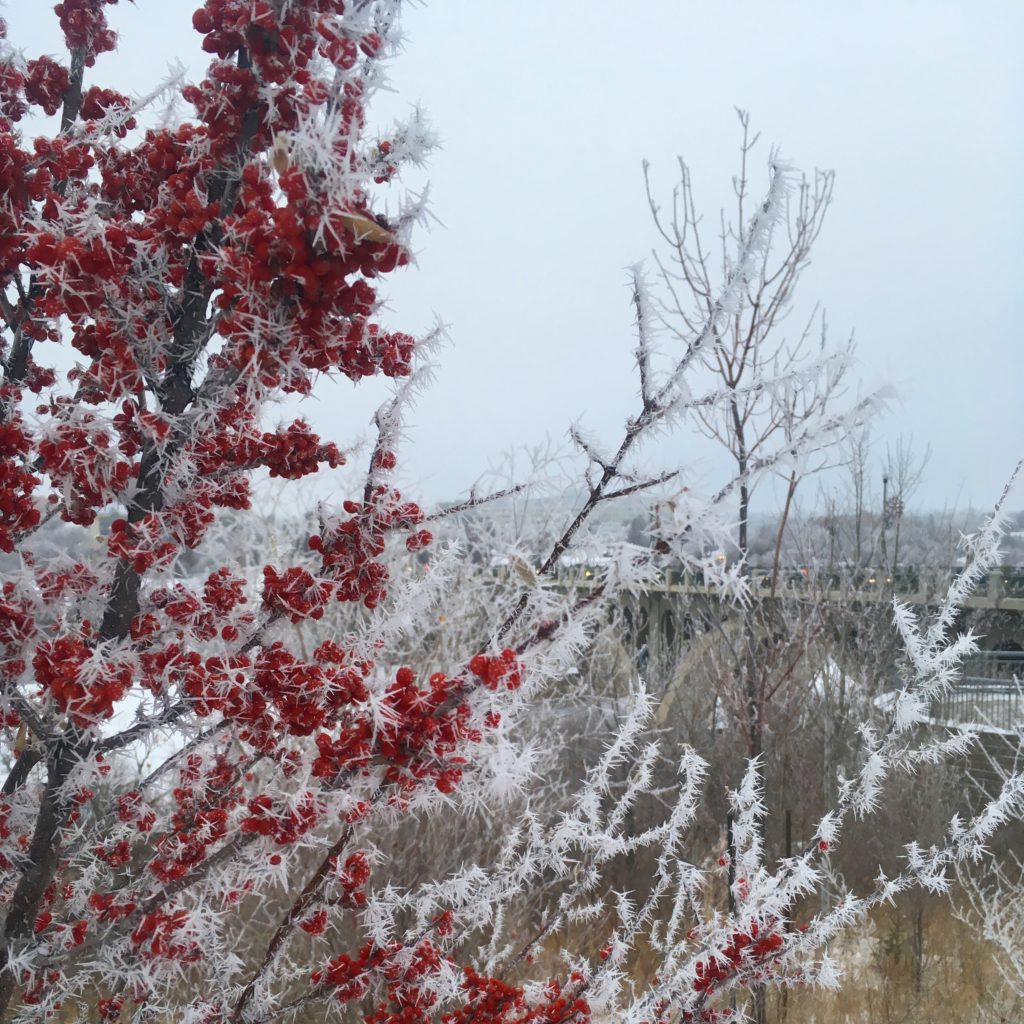 And maybe the best part of being home for awhile (other than spending time with all our wonderful family and friends, obviously) was going to see a lot of movies. Once all the summer superheroes put their tights away for fall and the 1,500 animated kid movies moved on to the wonderful world of DVD (at least I think that’s what happens – are they still actually making DVDs or are they still just trying to get rid of the last copies of The Expendables in those bargain bins at Walmart?), a lot of the best movies finally get some theatre time. My personal list of the best movies of 2018:

The most overrated movie of the year, even though I liked it fine: BlacKkKlansman.

Yup, I lead a full, rich life. But, whatever, we leave for Mexico in two days, what do I care? Later, bitches.

This post contains affiliate links. They do not affect prices but we earn a small commission if they are used to book something or make a purchase.