Over the course of a relatively manageable travel day we made our way from the sweltering humidity of Managua, through Atlanta, and on to the chilly temps and gale force winds and stuffy but convenient subway of New York City where we were to spend a few days seeing the sights with my sister Andie and her boyfriend Mark. But other than the weather, our time in NY actually started off not that differently from any of our previous stops in Central (or South) America – with us trying to take the cheapest route (at my insistence, I admit), wandering aimlessly in response to the poor directions of uninterested transportation employees, eventually getting on a bus after which we spent far too much time covering far too little distance thanks to narrow streets and awful traffic. What culture shock? Welcome to Queens, the Nicaragua of New York.

We eventually did make it to our hotel, The Portland Square, which was ideally located about half a block from Times Square and all of its multi-faceted attractions – hundreds of giant neon billboards vividly informing us of the myriad of things our lives are lacking, thousands of overweight tourists in I <heart> NY t-shirts and one (cuz that’s all a true American icon needs) proud TGI Friday’s. Another great feature of our hotel room was the two large double beds, and more specifically their relative proximity (about a foot apart) which afforded Mark and I the unique opportunity to cement our initial getting-to-know-you phase by sleeping with our faces closer together than Heidi Montag’s boobs.

The next day, after a promising morning of sun in Central Park the weather soon turned again, the temperature dropping and wind picking up, sadly verifying that the clothes we found virtually useless in scorching hot Nicaragua (jeans, long sleeve shirt and thin wind jacket) and routinely complained about having to carry around were not even half what was required in May on the Eastern Seaboard. We were even more surprised at how much wind there was in among all the huge shopping complexes and tall, phallic office buildings although we later learned that Oprah and her followers, the Overweight Women Who Love Oprah, as they prefer to be known, had apparently been “jogging” in honour of Mother’s Day, possibly explaining some of the more extraordinary gusts.

Went to the Mets game Sunday afternoon (in the heart of the plummeting weather) and were impressed by nearly brand new Citi Field, a monster of a building with all the necessary modern amenities yet made up with a cozy brick look reminiscent of a fireplace in a British poetry documentary. Coincidentally, both the visiting team (SF Giants) and pitcher (Cy Young winner Tim Lincecum) were the same as those I dragged Laynni to see in Phoenix last year. Not too often you get more than one chance to watch a pint-sized toothpick with long hair and a smile like the kid who pisses on the water fountain near the skateboard park strike out a dozen major leaguers. We started in the upper level where the wind was doing its ferocious best to create a sharp part in the back of my hair (like Kate Hudson on a Saturday night) but luckily there were quite a few empty seats so were able to move down to a spot where a short wall protected us from the worst of it. Unfortunately, we soon learned that our new seats were also located at the end of some type of bizarre concession stand wind tunnel that meant that, while warmer, we spent the rest of the game being pelted from above by everything from dirty napkins, popcorn and presumptuous waves of salt to empty beer cups and at one point, an entire hot dog, which connected with Andie’s back in a better spiral than you’d see at the CFL All-Star game. Besides all that, it was a pretty good game, Mets fell behind early, came back to take the lead, lost in the end, almost four hours of bone-chilling wind after we arrived. The end.

Central Park was definitely one of the highlights of our time in New York – we had no idea of just how vast it really was until we spent a couple mornings just wandering around, admiring the beautiful lakes, monuments, parks-within-a-park and the ever-present, yet always surprising, views of the surrounding trees backed by a skyline of colossal buildings. We found particularly notable the several slo-pitch leagues taking place on a Tuesday morning, the insanely ripped female workout instructor who, coincidentally I’m sure, chose the busiest place in the entire park to run her class and show off abs that were more clearly defined than British foreign aid reform, and the massive group of Catholic schoolgirls who blindly accepted the directions I gave them to a place I was pretty sure I’d walked by, at one time, earlier, I thought, swarming off like a plaid-skirted Mongol horde listening to iPods filled with American Idol contestants.

Other noteworthy ventures included a walk across Brooklyn Bridge (once again we soon discovered that we did not, in fact, invent the idea of walking it just before sunset) and a ride across New York Bay on the Staten Island ferry for a closer look at the Statue of Liberty and some good views of the Manhattan skyline. Luckily we made it safely across thanks to our driver sticking to a nice, safe five mph, unlike that maniac earlier in the week who had apparently pushed it up over seven and crashed, allegedly resulting in several people falling and scraping their knees, along with one regrettable case of vertigo. We then immediately re-boarded back to the city despite numerous signs and billboards imploring us “Don’t just get back on – come enjoy Staten Island! We have a freaky-huge boardwalk and no dank, although admittedly convenient, subway lines!” Ok, I added that last part, but based on everything I’ve heard that would appear to sum it up.

We also made our way down to Greenwich Village, or maybe West Village, or maybe both, New York neigbourhood boundaries are even less clear than the reason the plane can’t land if your seat is reclined, and spent an enjoyable time wandering around the quiet, narrow, tree-lined streets that tactfully hid secluded mom & pop businesses, old churches, classic brownstones and many colourful sex shops. We also just happened to be there during the New York University grad celebrations and found ourselves strolling amid hundreds of thrilled former students clad in purple robes and ill-advised optimism impatiently waiting for it to end so they could go get drunk enough to puke in their clothes hamper. And there were just as many beaming parents clutching cameras and reveling in that all-too-brief window of happiness that falls just between the difficult years of covering exorbitant schooling costs and the time when the new graduates revert to their bitterly disappointing selves, rapidly turning that lucrative college education into a job serving eleven variations of mocha chino in order to pay for a big screen TV that barely fits on the wall of their tiny studio apartment while struggling to support the sweet immigrant girl they met on Coney Island and subsequently knocked up, along with her seven family members who have been slowly arriving one by one on “vacation”.

We also split up a couple times to indulge our divergent interests. While Andie and Mark went shopping, shopping and more shopping, Laynni and I visited the Metropolitan Museum of Art where we were impressed by the incredible variety of historical displays, relieved to finally re-discover where all those stolen Egyptian artifacts were being hidden, and overwhelmed by enormous rambling groups of woefully uninterested school children texting and posing lewdly in front of naked statues. We also split up on our last night, with Andie and Mark going to see The Lion King, which they described as “spectacular”, “intense”, “really long” and “full of man-ass”. Mark fidgeted restlessly in his sleep all night. While they were on Broadway we spent the evening at a theatre a little closer to our own heart, comfortably slouched in the curious smelling darkness with a giant vat of popcorn between us (as much as we loved the concept, speaking strictly from a profit margin standpoint I really don’t think the whole self-serve butter idea would last long in Laynni’s neighbourhood) watching Ben Stiller display a fascinating turn as a character whose personality and mannerisms were a strange hybrid between Woody Allen (in anything) and Jon Favreau (in Swingers). He stuck with his own creepily disproportionate upper body, though.

As for food, we mixed it up a bit, although we did go for authentic New York Pizza by the Slice twice, and visited the Olive Garden twice (who can resist a little taste of Edmonton in the Big Apple?) and, of course, finished up each evening with a search for Andie’s cheesecake nightcap. When in Rome….eat disgustingly rich desserts right before bed, I believe is how the saying goes.

We rode the subway…a lot.

Finally, for any of you wondering about the decision to stay right on Times Square, there was a brief (and confusing) incident involving a “suspicious package” on our street and, unlike Mark, I don’t believe they were talking about the guys in the Lion King. The confusing part was the way the item in question was evidently being guarded by just a bunch of cops on horses who, despite the apparent danger, seemed perfectly willing to let us pass by none the wiser. As they say, ignorance is bliss, although there is an outside chance that shouldn’t apply to all situations…

Anyway, no harm, no foul, as we are home now and taking pleasure in all the small things we usually take for granted when we’re home (and probably will again after a few weeks) such as multi-room dwellings, couches, fridges, cars and, most importantly, no ants in the house. We’ll enjoy it while the novelty lasts. So that about does it for Mexico/Central America/NY, tentative plans – East Africa in the fall. Talk to you then… 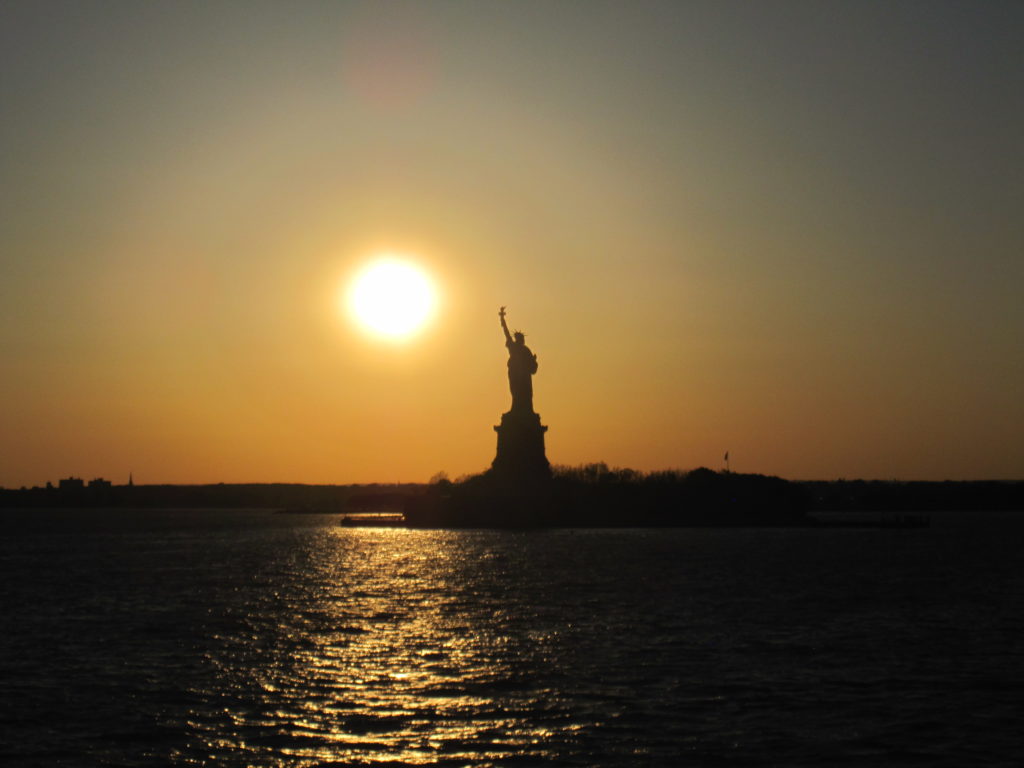 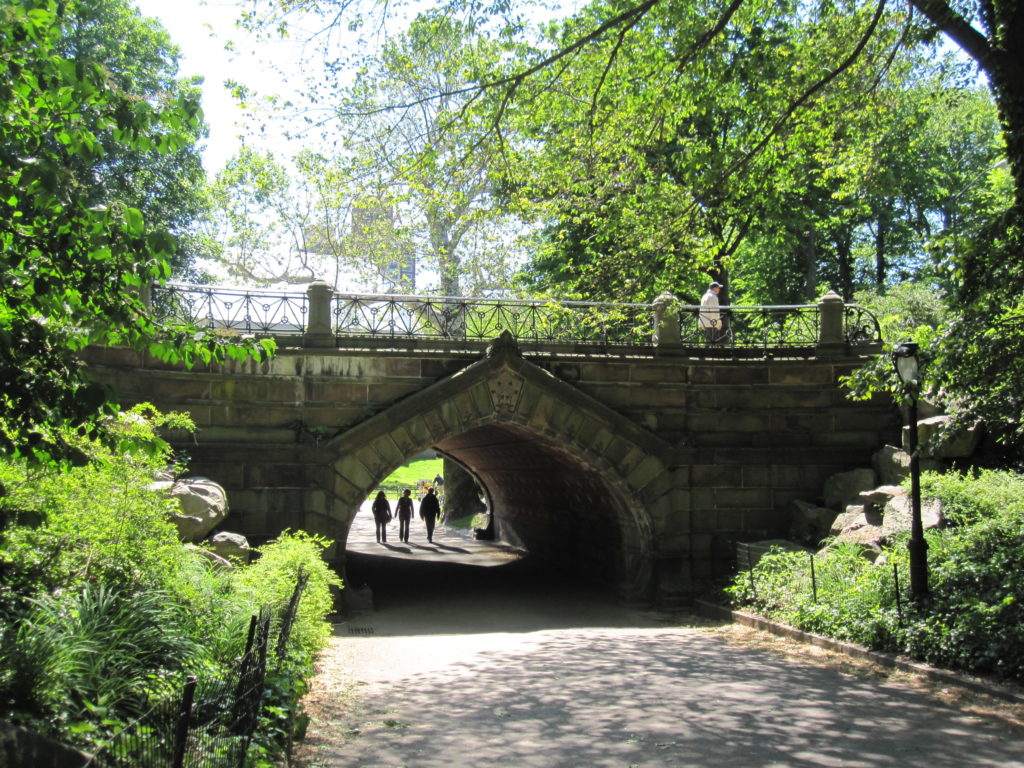 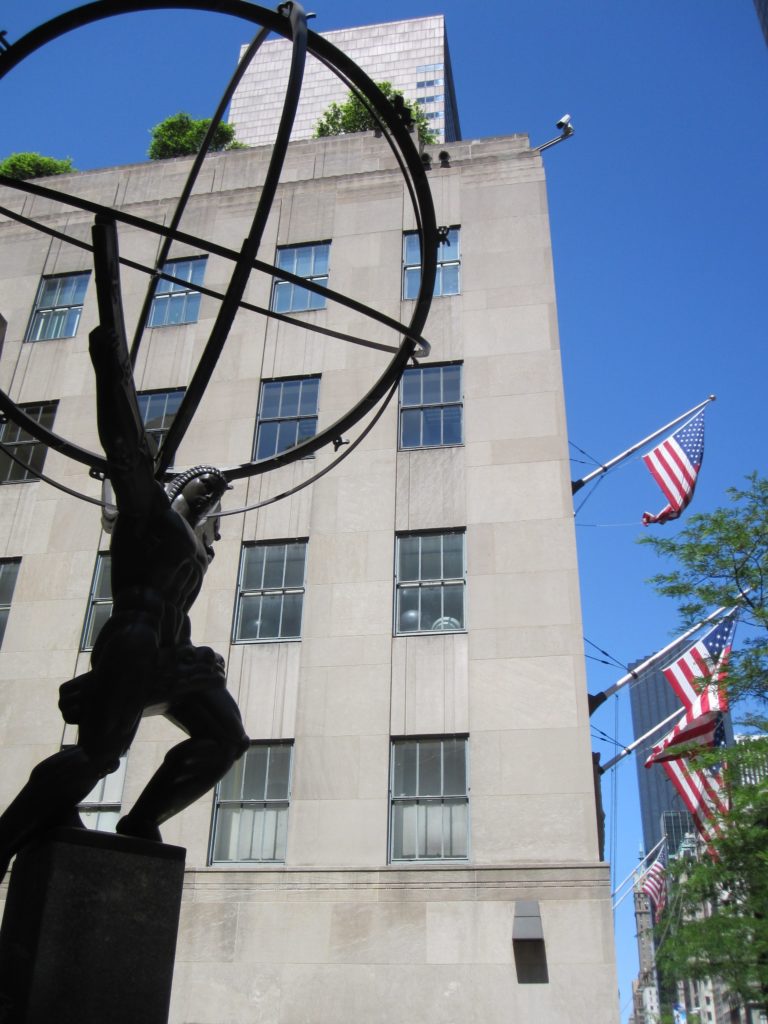 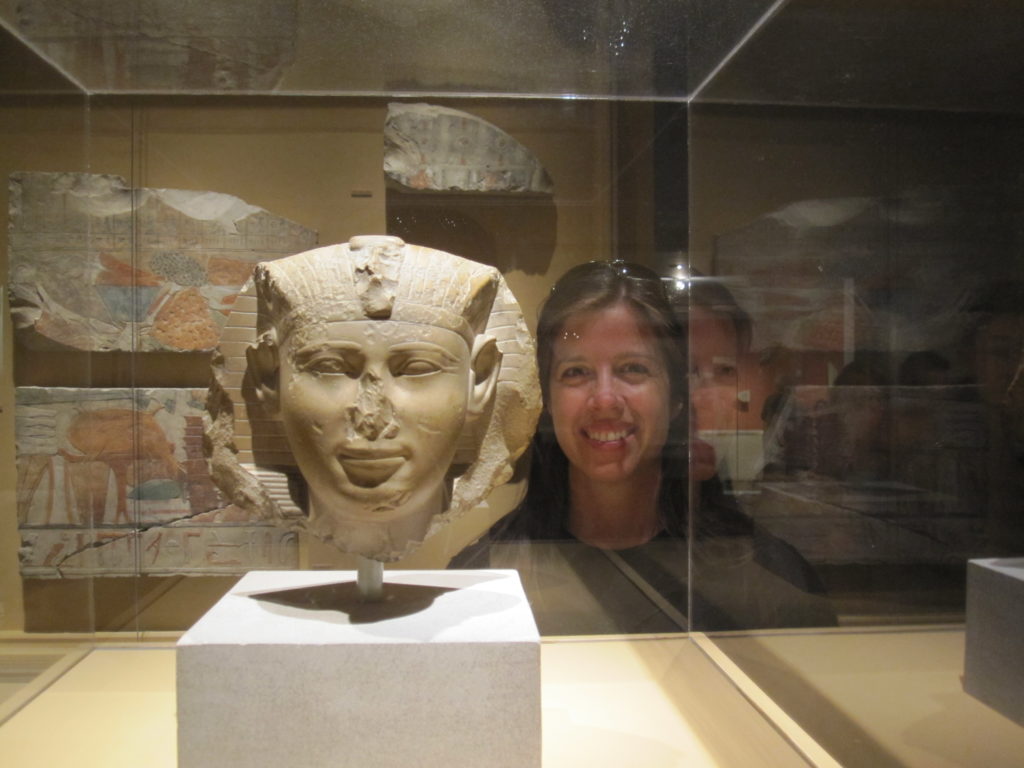 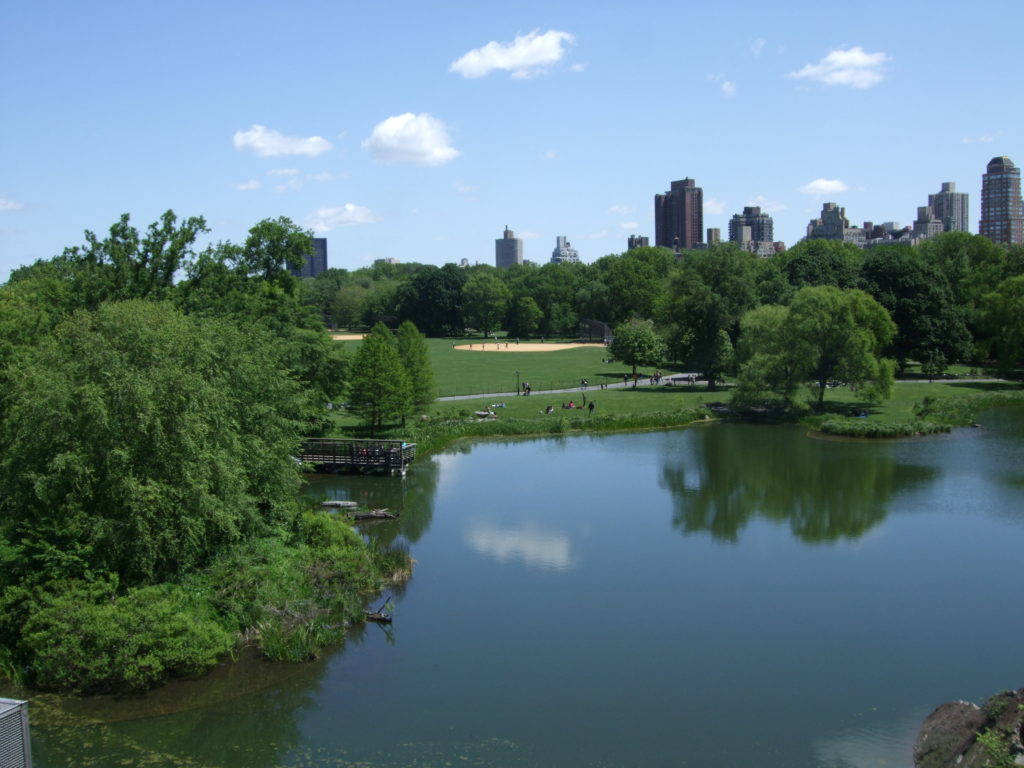 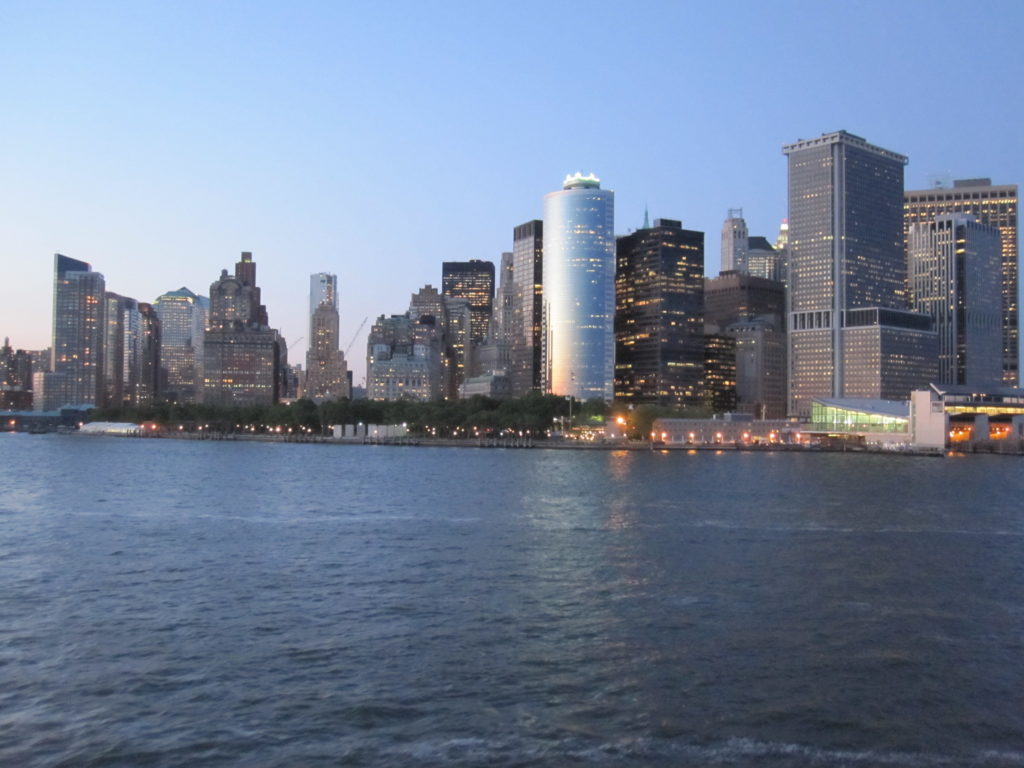 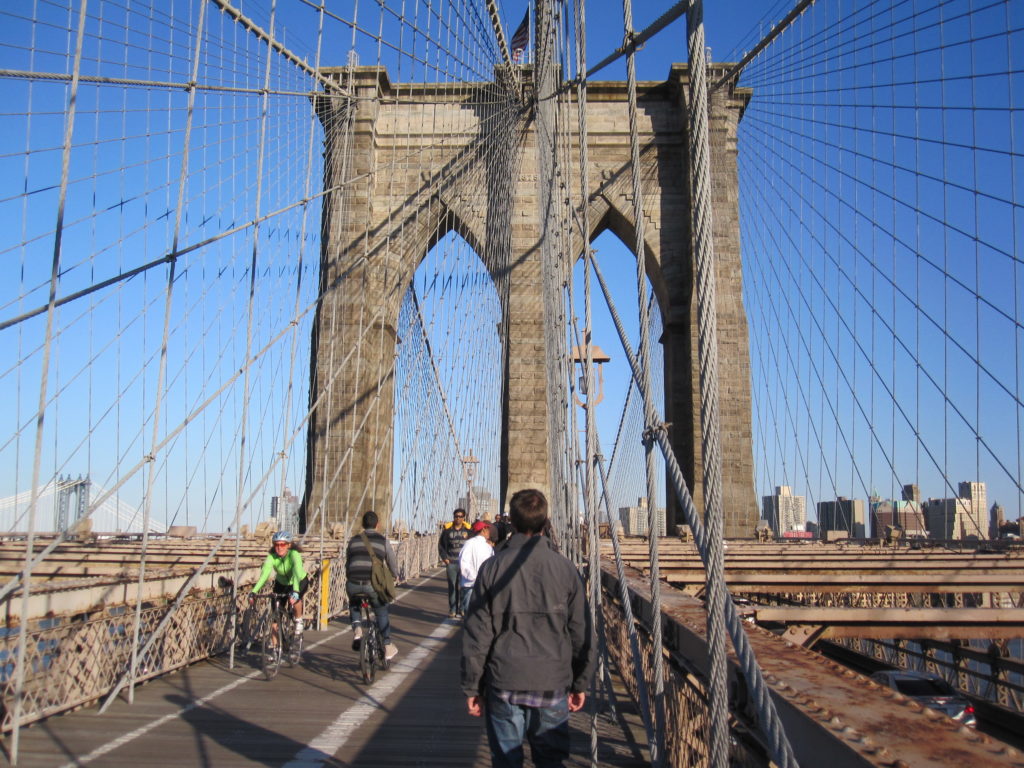 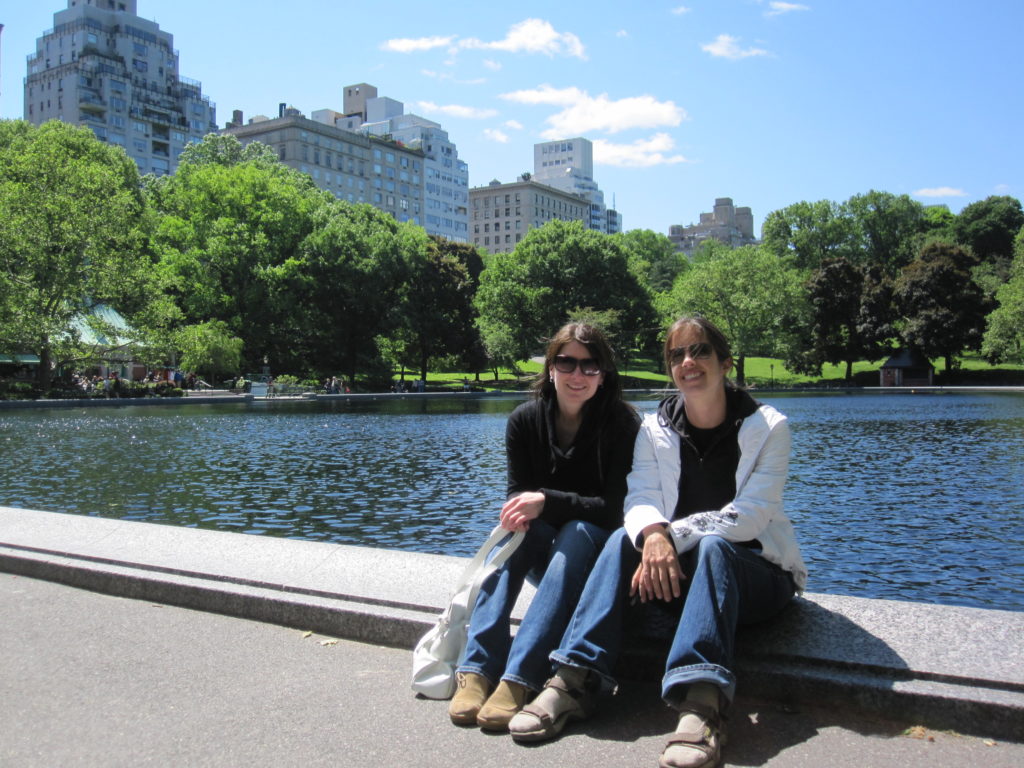 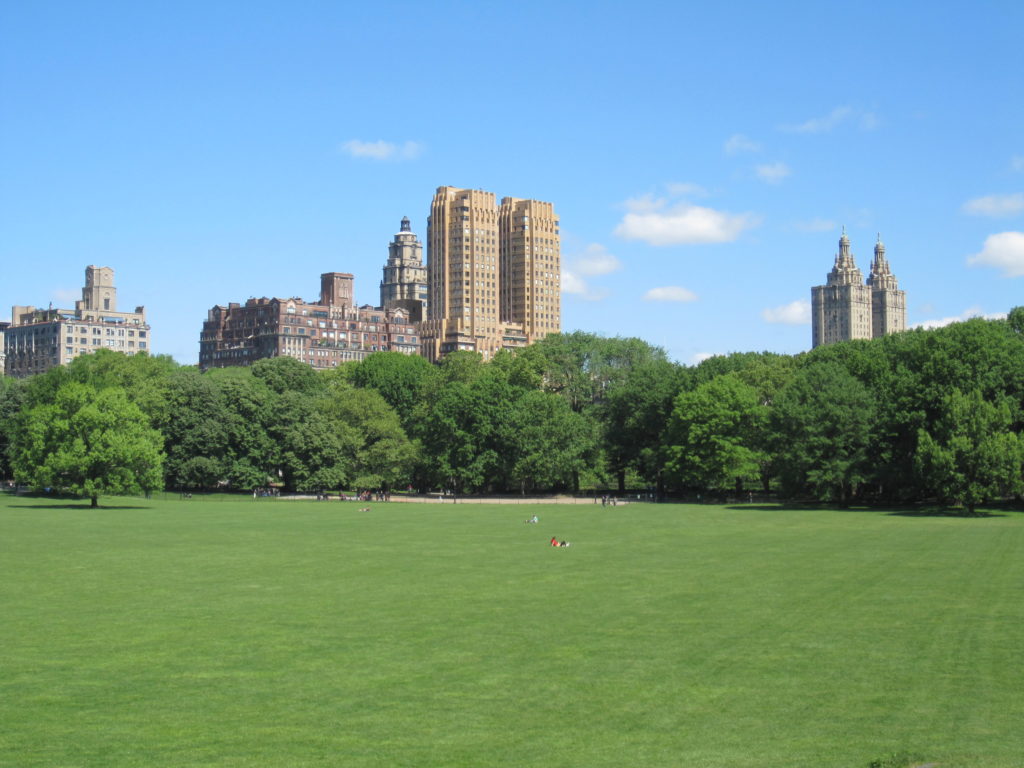 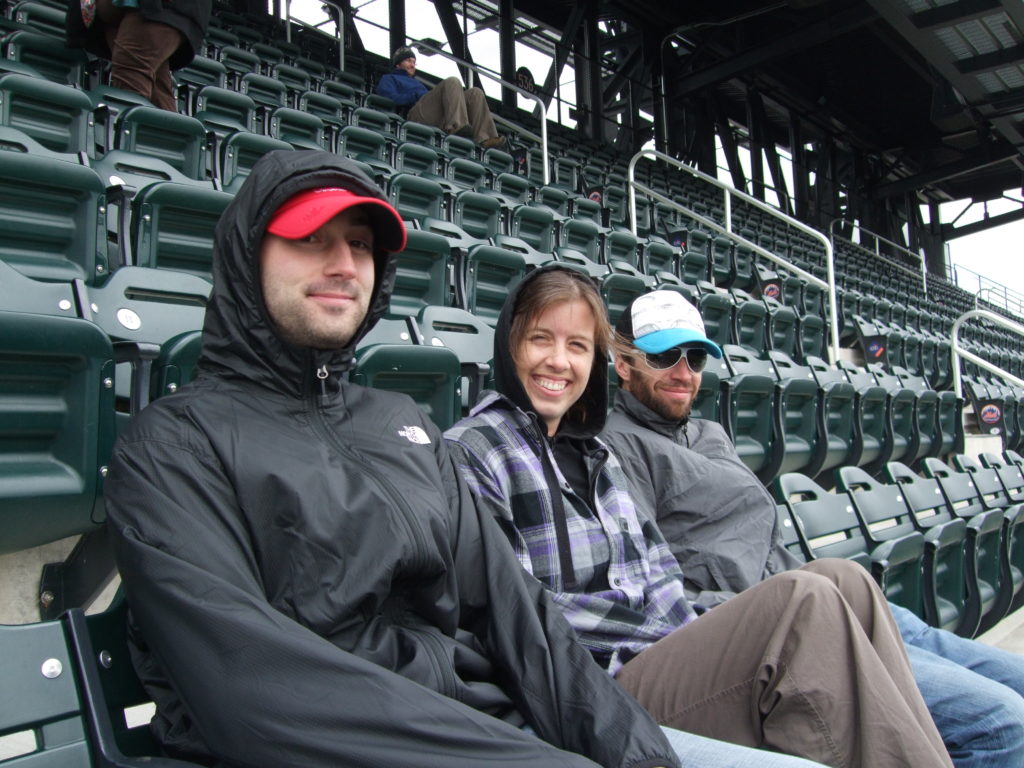 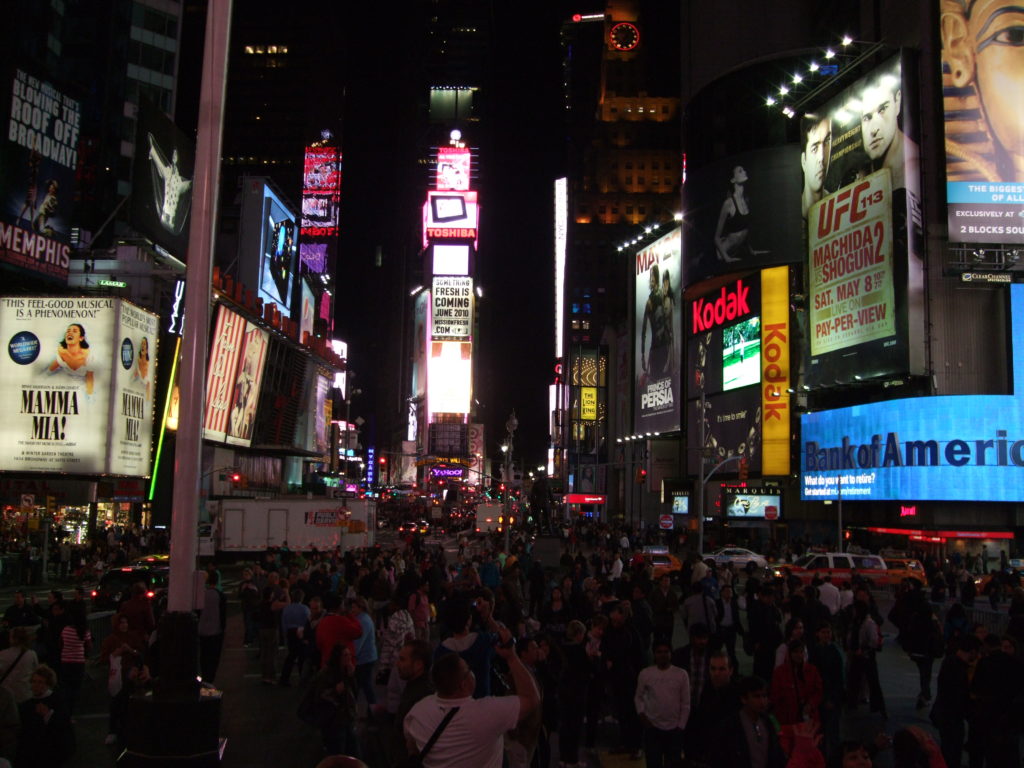