Angkor? Damn Near Killed Her.

On our second day in Phnom Penh, long before we made it to famous Angkor Wat, we decided to change hotels, moving somewhere with a bit more action and a little less dank. We set our sights really high, choosing the Okay Guesthouse, and believe me, the name was right on the money. Perfectly average. After that we toured the city for a while with its wide boulevards, busy riverfront and a colourful wat that featured some really fat monkeys with unusually prominent breasts. Comparisons to my family’s cats proved inconclusive.

The next day our uncanny sense of timing led us to the gates of the Royal Palace just in time to meet up with every tour group in SE Asia. This was perfect as it enabled us to fulfill our lifelong dream of looking at thousand year old Royal wardrobes while touching elderly strangers.

In the afternoon it was the Tuol Sleng torture museum, the place where over 17,000 men, women, and children were tortured before being taken to the Killing Fields of Choeung Ek. It was a haunting and depressing place, and Laynni refuses to let me make any jokes about it. Mind you, she also thinks that by pointing it out every time I say “less” when I should use “fewer” it will eventually teach me to make less mistakes. So clearly she’s not always right.

That night we saw part of Don’t Mess with Zohan at our guesthouse. Could it be? Have the comebacks of mullets and leggings finally been joined by pubic hair jokes? Not from what I saw in this movie.

The next day we took the bus to Siem Reap and it ended up taking a lot longer than planned since it broke down twice and eventually they had to send out a replacement bus to pick us up. On the bright side, I used all that extra time wisely, finally determining that the periodic wafts of rotting pork I had been smelling for the last few days were actually coming from my leather watch, damp and grimy with humidity and caucasian sweat. That meant I had to wash it and leave it off for a few days to properly dry, all the while asking Laynni the time every half hour or so even though we had no where to be and not much to do. It turned into quite the running joke (on par with Peter Griffin’s fight with the chicken on Family Guy). She loves stuff like that. Loves it. Loves it. Loves it.

Apparently there are no copyright or name registration laws in Cambodia (or Vietnam for that matter) which means that any time a restaurant, hotel or travel agency gets really popular somebody else just names their place the same thing. In Hanoi there were about 15 Sinh Cafe travel agencies, while in Siem Reap popular restaurants such as Viva’s (great Mexican food) and The Red Piano have had somewhat cheaper-looking versions pop up close by. Somehow, though, they still seem a bit off, trying just a bit too hard, coming off a little bit sad and embarrassing. Like when you’re in grade five and instead of real Vans your mom makes you buy the generic Zellers knockoffs where the white parts are too bright and the checkered patterns are more rectangle than square. Either way, it’s not easy trying to explain to a waiter with limited English that you want an Angkor beer, not an Anchor beer.

As for the Red Piano, you could tell which one was authentic because its walls were crawling with pictures of its most famous patron, Angelina Jolie, and signs bragging about its feature drink, the creatively-named Tomb Raider shot. Apparently she frequented the place when she was shooting the movie although I can’t say for sure if she still stops in when she’s in town on a child-buying run.

Along those lines, the huge child sales force in Siem Reap was highly tiresome as you might expect, however, I must say they impressed the hell out of us with the extensive list of facts and figures they have memorized to grease the wheels with gullible foreigners like us.

So, of course, the reason we were in Siem Reap at all was to visit the Angkor temples, one of the new Seven Wonders of the World, I believe. And, despite all the hype, they still turned out to be a mind-blowing experience. The sheer size of the place is just ludicrous. Angkor Wat and the Bayon are phenomenal as you’d expect, but it’s the dozens of other temples, moats and walls all in a beautiful jungle setting that eventually become hard to fathom. If you moved the 10th best temple in Angkor to half the countries in the world it would probably instantly be their top attraction. Kind of like the Egyptian pyramids, or the Pussycat Dolls.

Most of the sites are several kilometres apart so we hired Nys, a tuk tuk driver, to haul us around from place to place like a we were in a tiny presidential cavalcade, with less people giving us the finger, of course. We saw the ethereal carved faces of the Bayon, the jungle-clad ruins of Ta Prohm, where some of Tomb Raider was shot, the placid waters of Neak Pean, and joined the herd for sunrise at majestic Angkor Wat, mooing with pleasure as the colours changed and the gates to the barn, er, temple, finally swung open.

It took two full days to tour the main areas and then on day three we ventured further out, following a dusty dirt road for 50 kilometres, passing small clusters of stilt houses, clay ovens and peaceful rice fields on the way to Kbal Spean and its River of a Thousand Lingas. By the way, “linga” means “cock”. Unfortunately after these stone linga have been buried beneath a rushing torrent of water for a thousand years they are apparently affected the same way, only permanently, that a normally large (almost frighteningly so, really) organ can be shriveled to next to nothing by a really cold shower, or the sight of Rachel Ray’s man-hands. Although the trip out, the great two kilometre hike and the picturesque waterfall still combined to make the trip a success, the actual lingas (lingi?) have been worn down until they bear less resemblance to royal genitalia than the razor burn on my bikini line (I almost said “speedo line” but I’m working really hard on making less banana hammock references).

From Siem Reap we took a spectacular boat ride across Tonle Sap lake and upriver several hours to the city of Battambang. It was a placid cruise through marshy lowlands except for the spots where we literally had to plough through the weeds like a dull razor through unruly pubic hair. (Hey, whaddya know, maybe pube jokes are ready to fly again…) We passed a number of small floating villages, always greeted by a host of naked waving children. It was a bit weird, really, because I didn’t even recognize most of them. We also passed a little longtail boat out in the middle of the swamp, near nothing at all, with just two guys fishing and one big theatre-style popcorn maker. I forgot to ask if there would be assigned seating.

Well, as usual I’ve started to fall behind as we’ve already left Battambang, been through Bangkok, again, and now we’re killing a couple days in Pattaya, the sin capital of Thailand’s beach scene, just a couple hours from Bangkok and well-known for old white guy / young Thai girl coupling, among many, many other things. So, although we didn’t really expect to fit in here we’ve been pleasantly surprised to find that we are, in fact, almost a dead average couple after all. Our combined age is 70 = average 35, weight 290 = 145 and skin colour = beige (thanks to just a hint of a tan). On the other hand, nine out of ten couples here in anything-goes-Pattaya also have a combined weight of 290 (210 + 80), age of 70 (55 + 15) and beige skin colour (white + brown). It’s always nice to fit in. 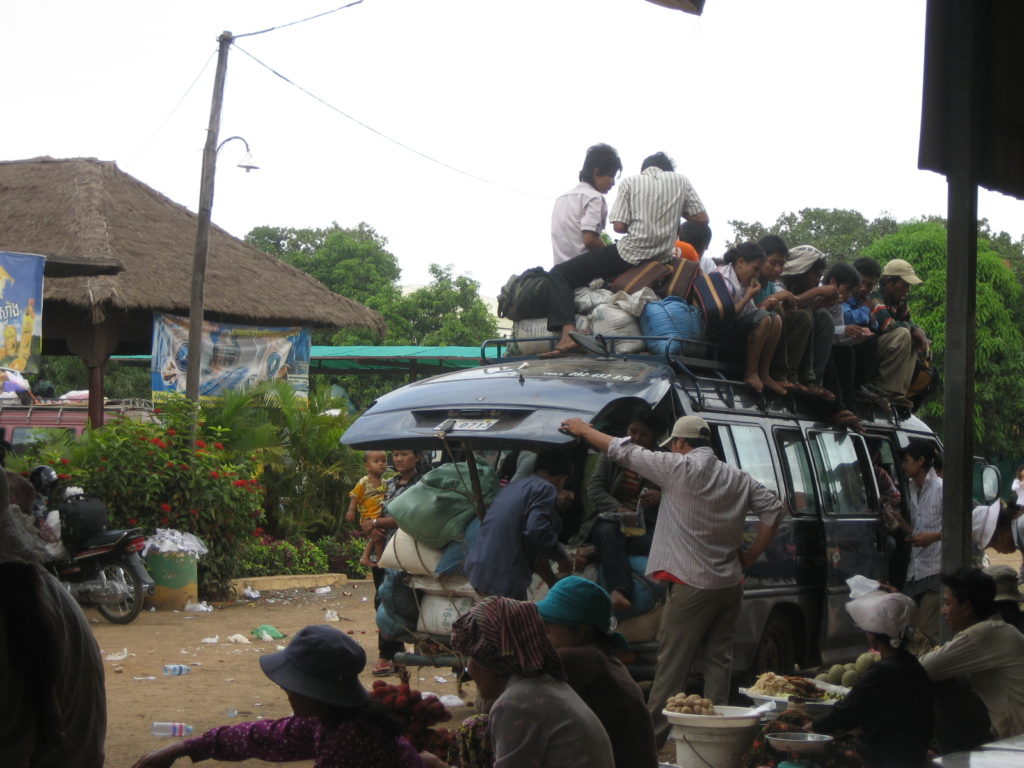 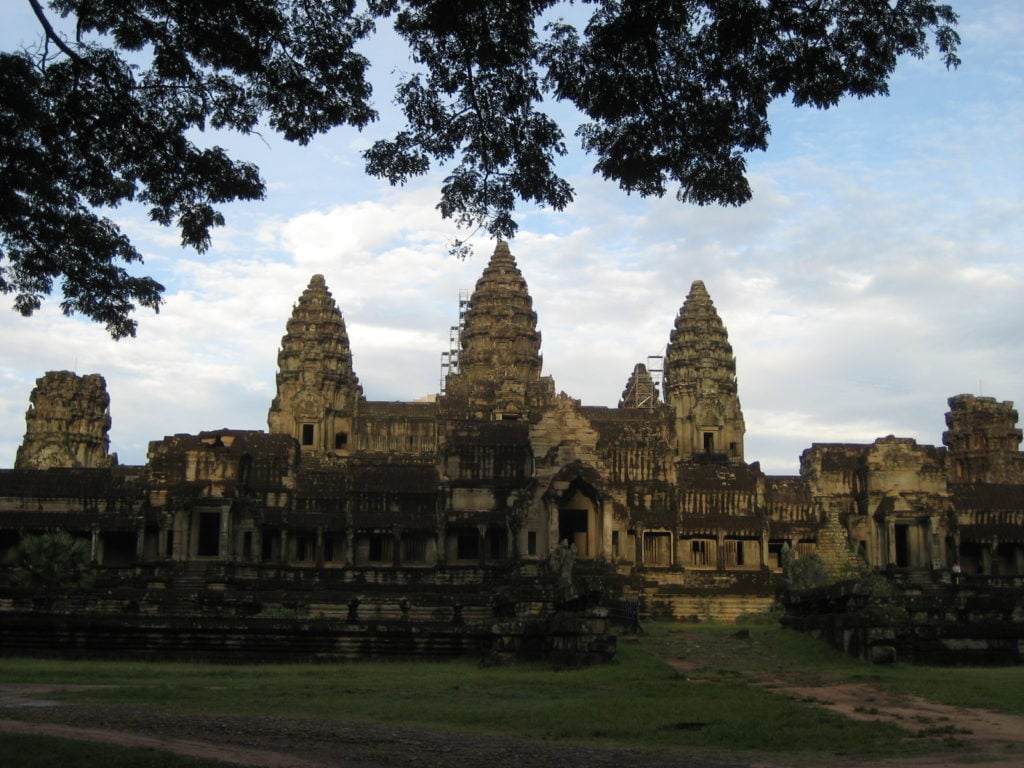 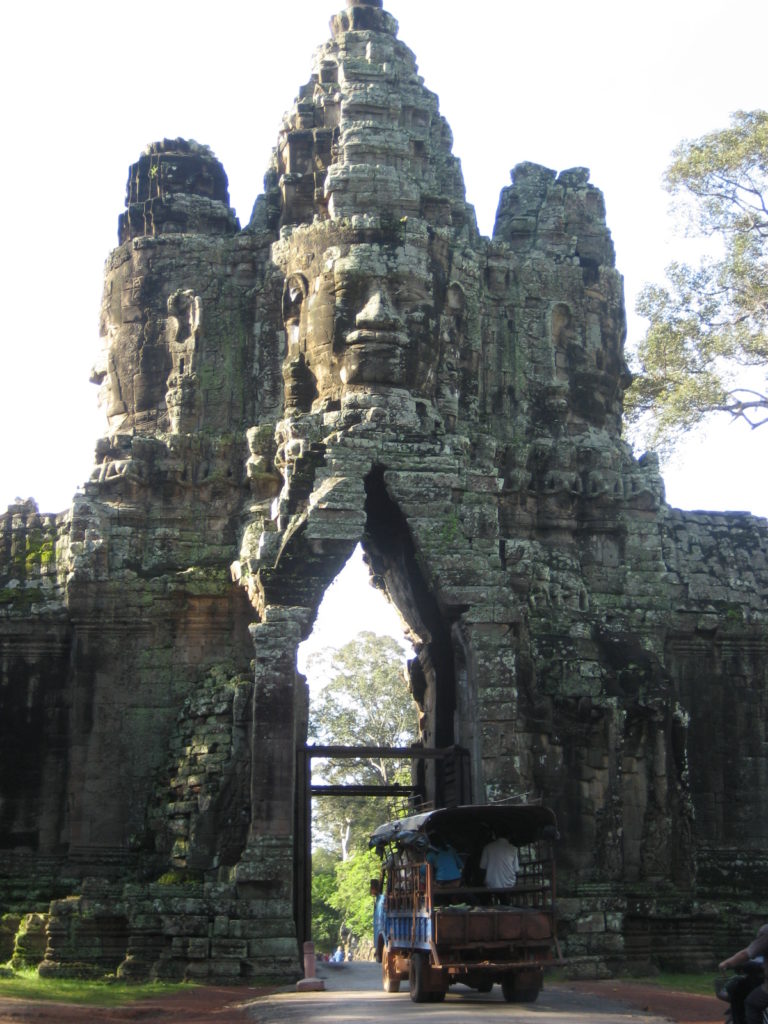 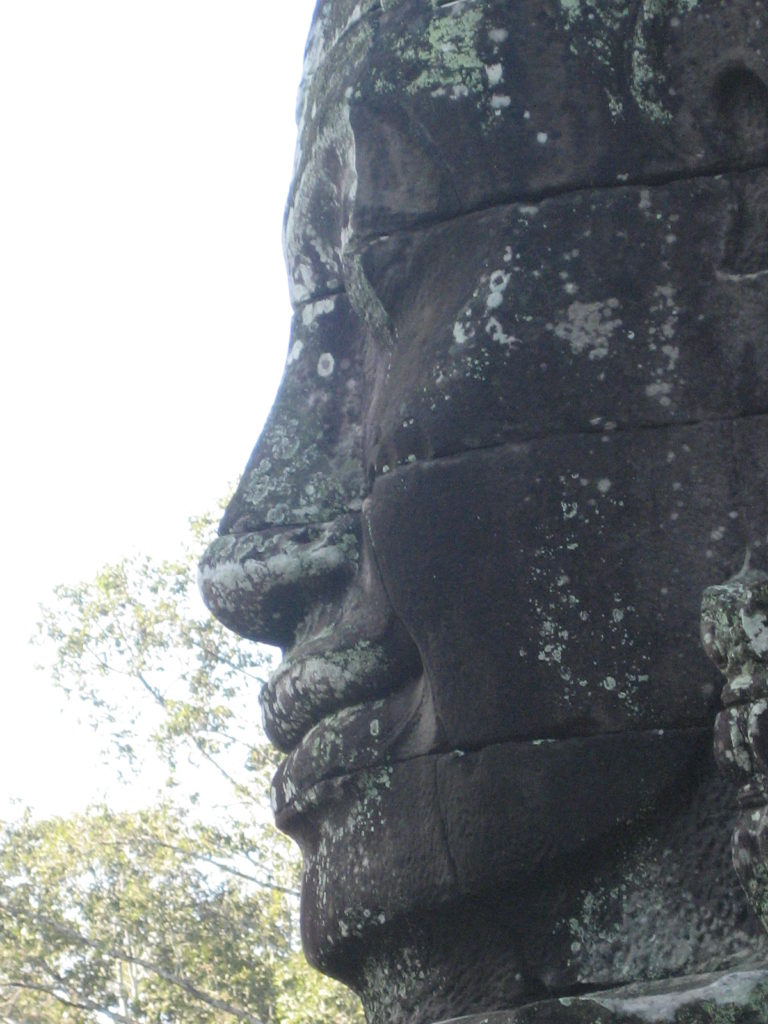 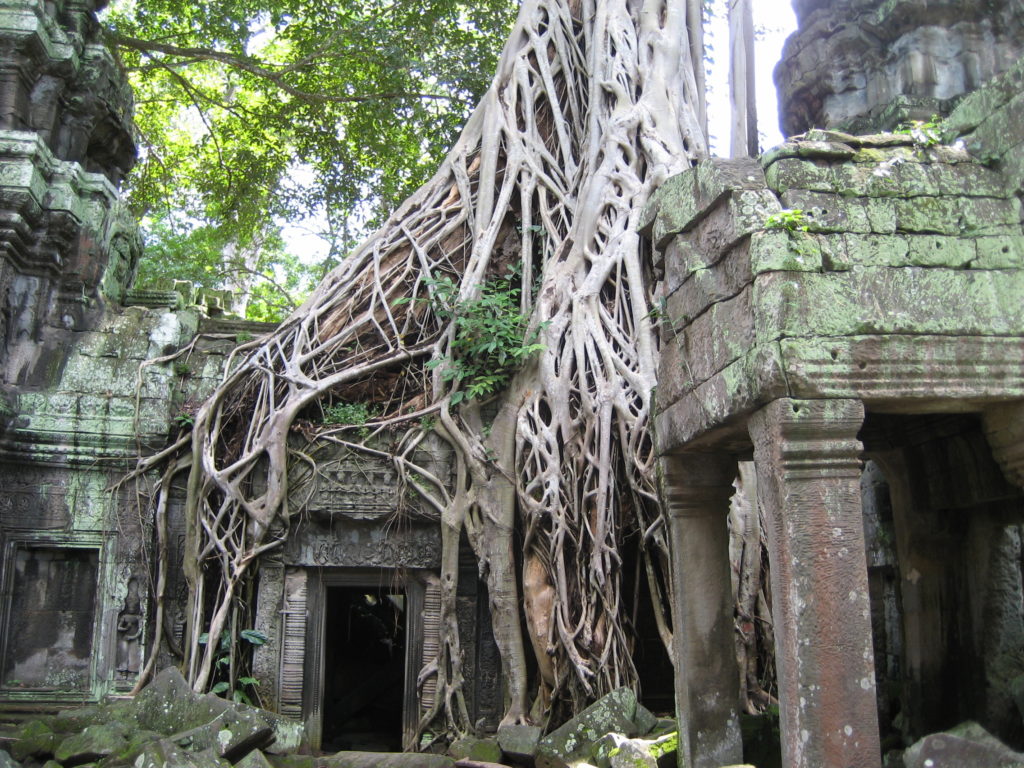 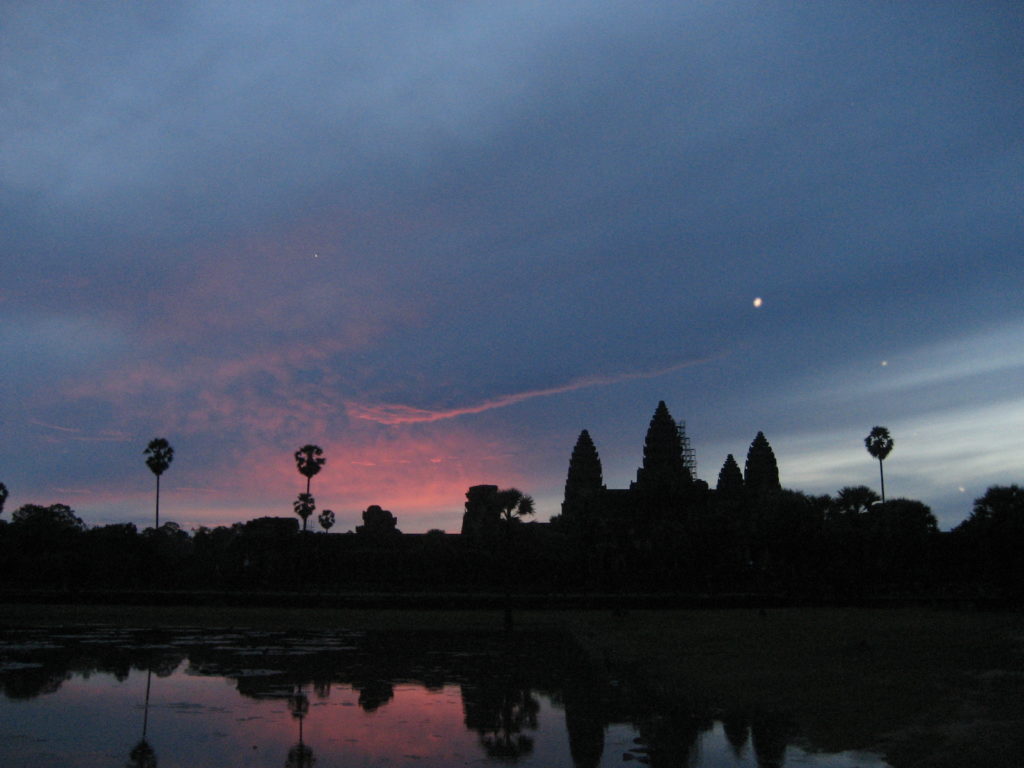 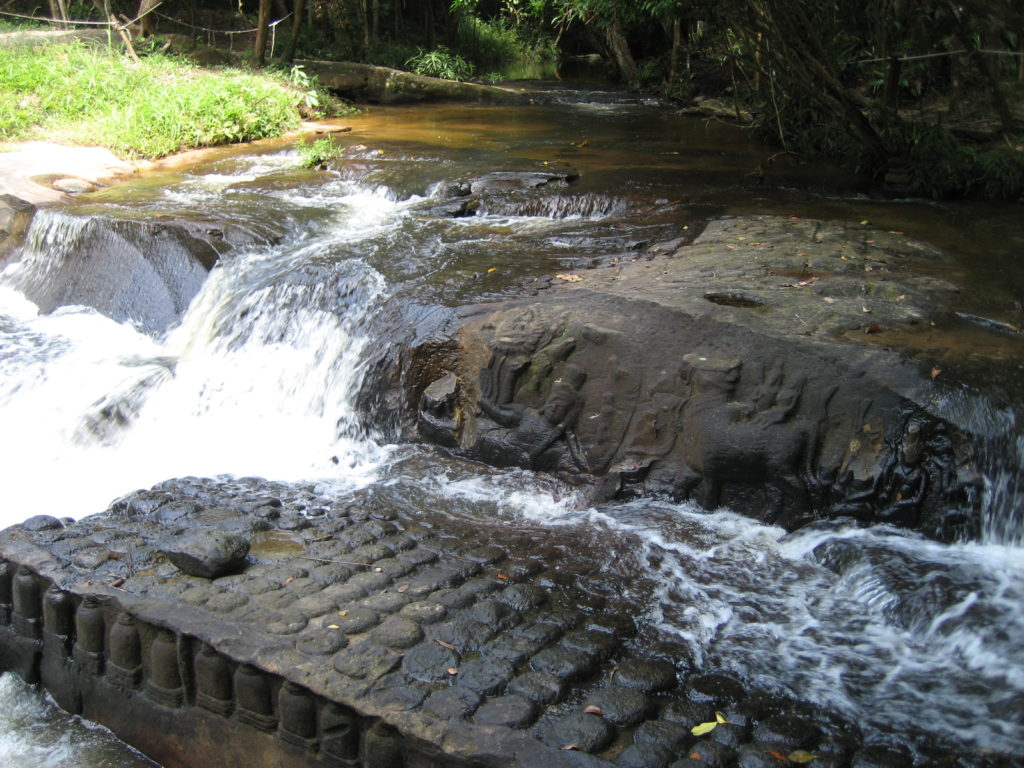 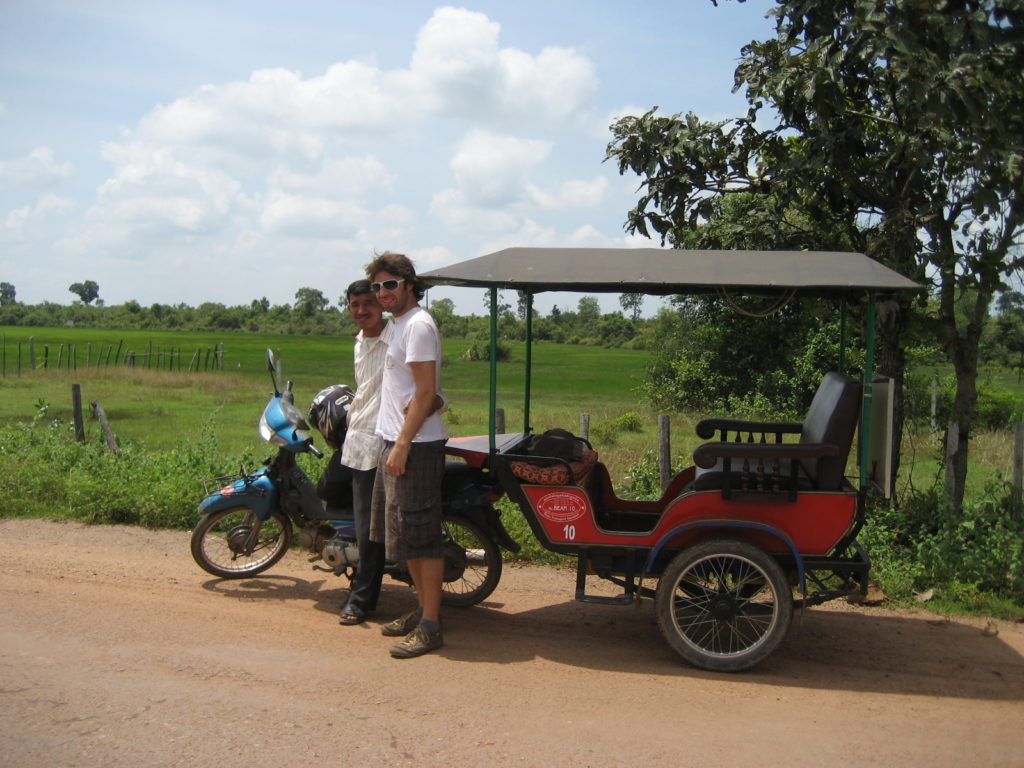 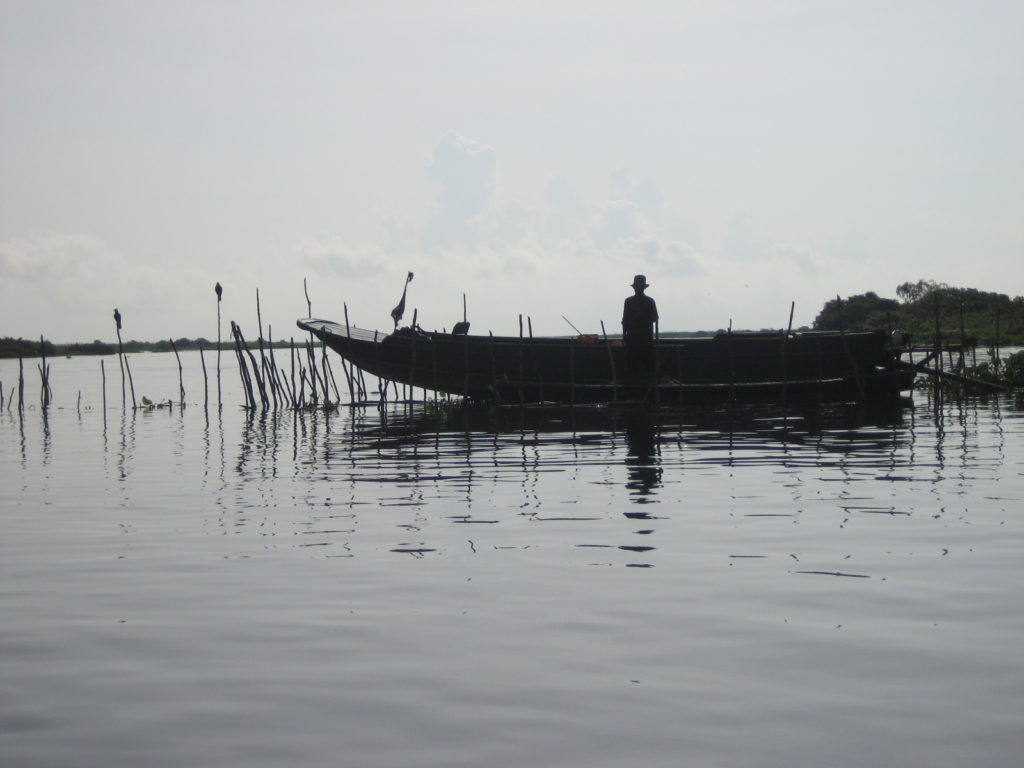 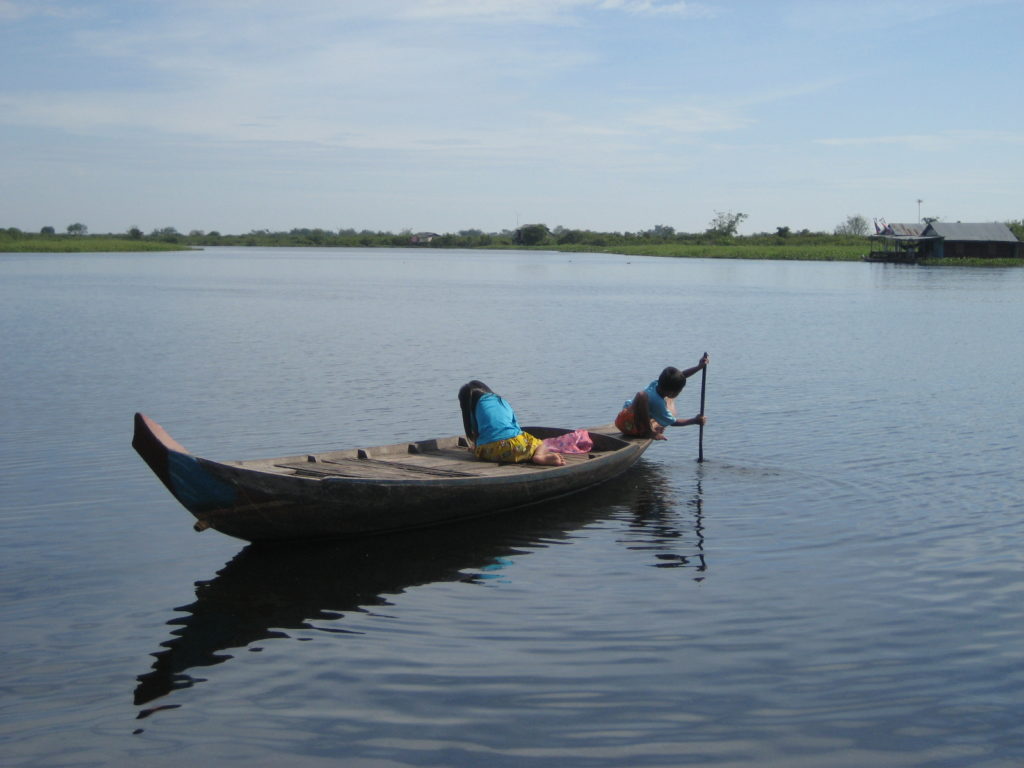 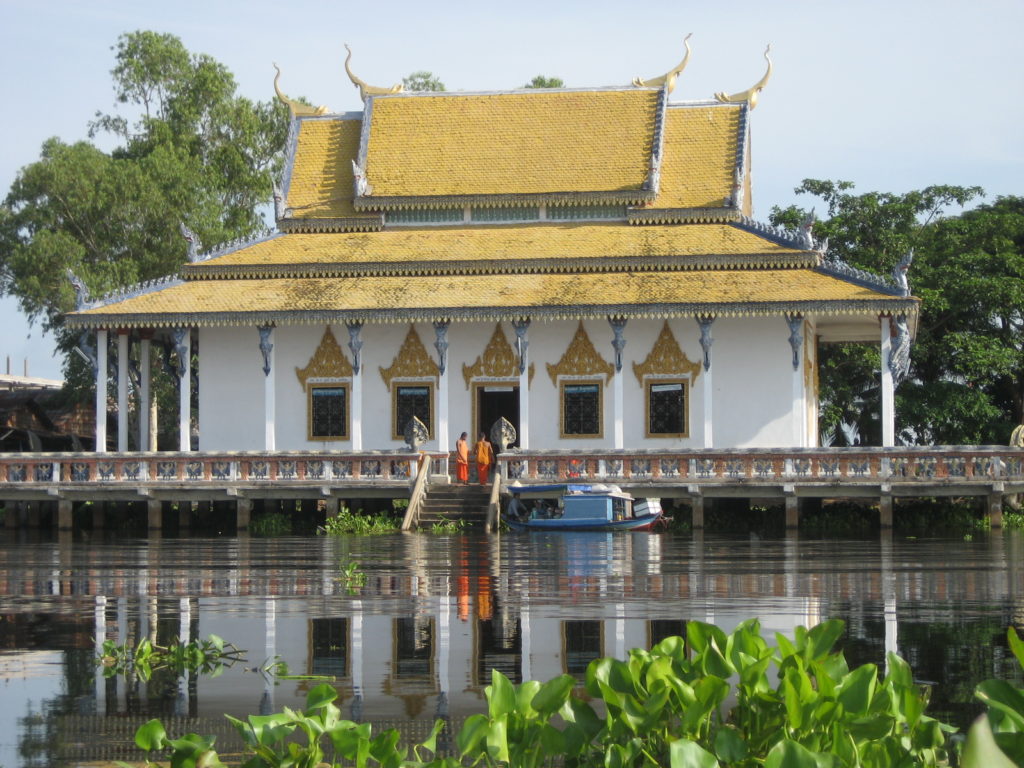 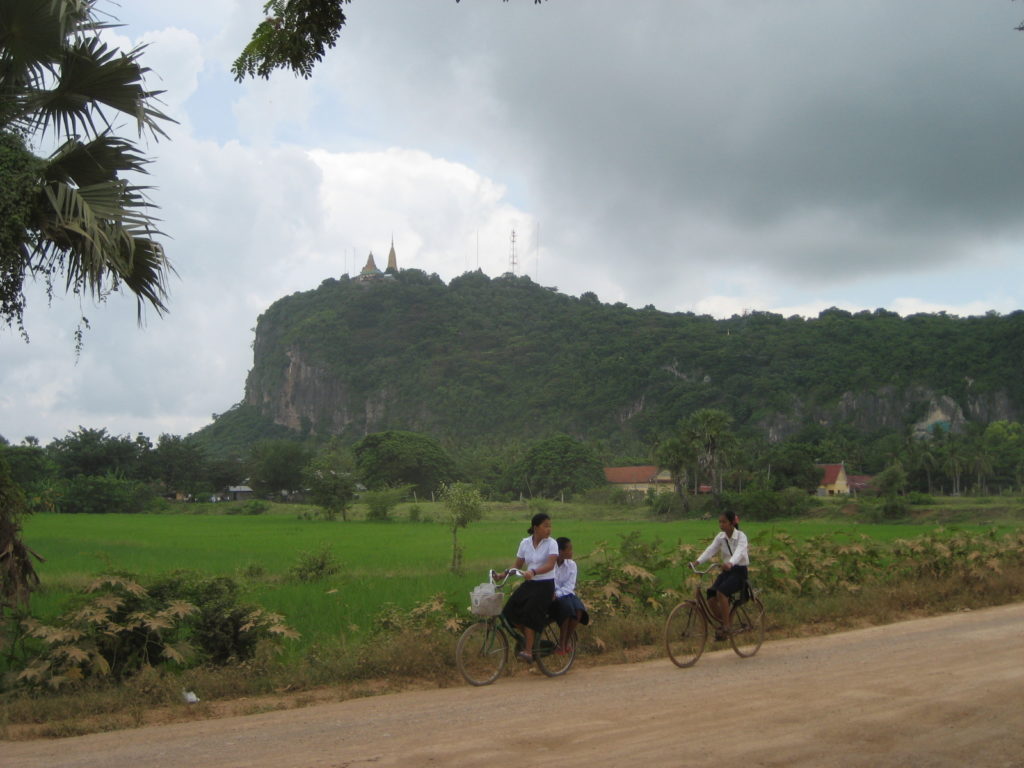 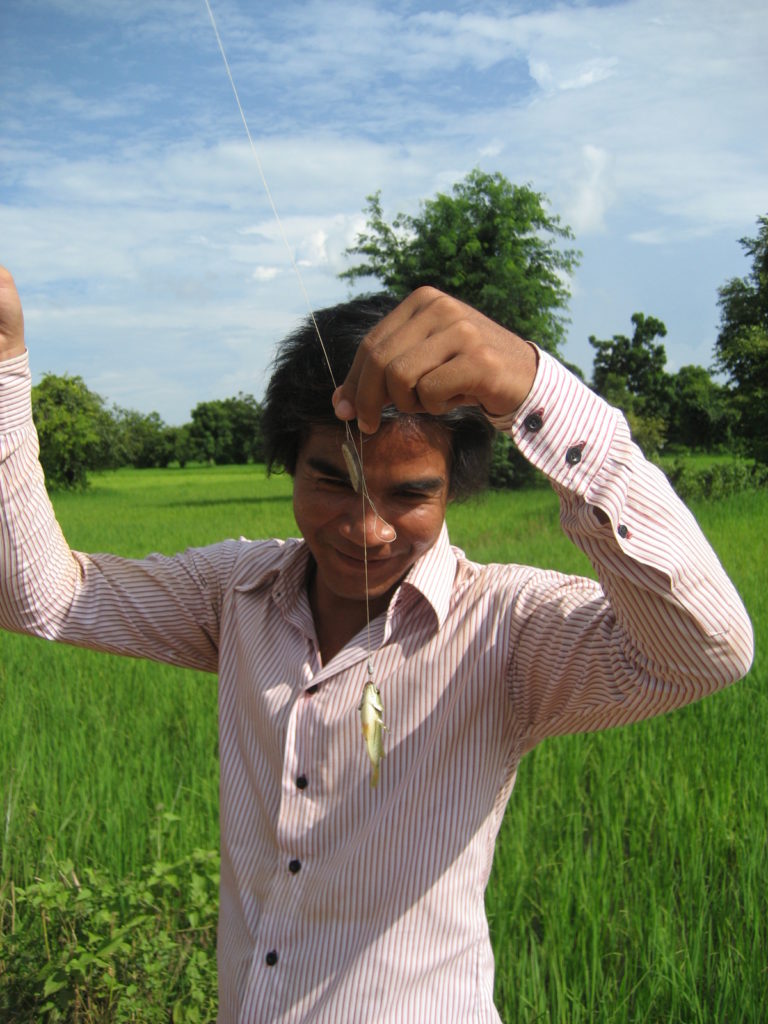