Bangalore by Morning, Insects by Night

In a previously unprecedented turn of events, we start our story by announcing a new personal record – 5 consecutive flights, 3 different continents, 3 different airlines, no delays, no lost baggage, solid sleeping schedule and fantastically regular bowel movements. We were like those smiling half-wits you see in the airline magazines, thrilled to peeing themselves at the prospect of 13 hours in the air simply because they’re excited to have the opportunity to buy duty-free jewelry…..right on the plane! Anyway, smooth like butter, a mere 36 hours after we left my parents’ house we had already escaped Bangalore and found ourselves standing on a cliff overlooking gorgeous Varkala Beach, the sun shining warmly on our puffy extremities while a stiff breeze worked futilely to move our heavy unwashed hair. Aaaah.

Mind you, the trip wasn’t entirely without its stress as we did experience some of the infamous Indian chaos right before our last flight from Bangalore to Trivandrum. Soooo typical. While we casually worked away at our very first “Indian” meal (Ponga and Vadas, which seemed to translate to spicier versions of rice and donuts) at around 5:30 am, then proceeded to take some immeasurably boring photos of said meal, then sauntered over to the bathroom to brush our teeth, one at a time, before casually sauntering over to our gate, then casually learning final boarding call was already finished and that they were, in fact, only waiting on two irresponsible foreigners with typically unpronounceable names (those crazy Indians!), where they politely hurried us along (always with the hassle!), politely rushing us through a final security check (almost had me convinced) then beckoned a red Kingfisher Airlines Smart car to speed us several runways over to our waiting plane (classic Indian driver!) where we were finally prodded up the steps to march triumphantly down the aisle under the watchful eyes of all the quietly seated passengers (oh sure, let’s stare at the foreigners, shall we?) Clear for takeoff! Really, how much more stereotypical can you get? I can see it’s going to be a long couple months dealing with this…

The taxi ride from the Trivandrum airport, on the other hand, in one of those ubiquitous and awesome old white Ambassadors, was a wild blur of palm trees, swerving, honking, banana stands, narrowly avoided oncoming traffic, cell company signs, the smell of onions, far too much time spent on the wrong side of the road and men walking along the should wearing some type of skirt-like contraption with the bottom tucked up and out like a large linen penis, faded and frayed as though it had been scrubbed much too vigorously, probably using unhealthy amounts of bleach. Then, next thing you know, we were installed in a rickety little hut way up on the South Cliff, with great views, one comfy chair and more wildlife scuffling loudly around the bamboo walls than either of us remembered requesting. Within hours we had seen cockroaches, centipedes, an unnervingly large snake, some curious crows (as they tend to be), thousands of ants and one gigantic, heart-stopping spider that, by comparison, instantly banished those legions of huge Guatemalan arachnids to “cute and perky” status. Somewhat impulsively, I took a bold swing at it with my good ol’ “Flip Flop of Death” but he/she/Your Majesty was far too quick, reappearing 3 feet away before we even heard the slap of rubber sole on dry, crumbling bamboo. Which I suppose was just as well since, in hindsight, the two most likely results of that hasty offensive were either having the sandal slapped out of my hand dismissively, somewhat embarrassing, or angering it and ending up pinned to the wall by the front of my shirt being forced to play a rough game of “Why are you hitting yourself?”, in all likelihood only ending with me either crying or peeing myself. So, as I said, just as well.

Note: We have since moved to a less, shall we say, vibrant hotel. One with cement walls and windows that close (Sea Breeze). Very nice.

Now, as for India as a whole, most people, when they think of India, think of the Taj Mahal, cricket, Gandhi, saris, Hinduism, vibrant festivals, colourful rickshaws, Bollywood, profitable reservation casinos and saying “eh” while pointing with their lips. What most people don’t know is that India is actually home to quite a few people. Millions, for sure. Billions, I’m told, although I’ve always been reasonably certain that was just a fictitious number created to describe budget deficits in a manner more pleasing to the ear than the phrase “We be broke!” One small example of the sheer size of this rapidly growing country is that just 3.2% of India’s population is considered Christian. On the other hand, 95% of Canadians fall under the old, well-worn, but still regularly washed, Christianity blanket. Nonetheless, there are actually more Christians* in India than in Canada (Margin of Error = Significant, since these number were provided by a drunk Brit during a vaguely remembered conversation many months ago in front of a large screen TV showing an Arsenal game). Pretty heady stuff, wouldn’t you say?

* “Christian”: Someone who believes in God, is more or less pumped about the idea of life after death and/or murmurs “Jeeesus” followed by a slow whistling noise when witnessing a professional athlete experience a serious head injury on television.

Although the actual beaches of Varkala are somewhat average (as average as hot sand fronted by gorgeous blue water and warm rolling waves in January can reasonably be called), the big highlights around here are actually the stunning cliffs looming over the beaches. From nearly anywhere along the many kilometers of cliff edge walking paths you can enjoy dramatic views out over the ocean and down onto the legions of white, ant-like creatures far below. From certain vantage points it can feel like you’re sitting in nosebleed seats at a “Leather Skin” game (just a little creation I’ve been working on that involves practically nude people competing at sleeping, sweating and quietly developing melanoma. New moles are like a touchdown). All of the hotels, restaurants and shops are located along the cliffs as well, all jumbled together haphazardly like drunken frat boys wrestling at a sausage party, or a plate of mixed vegetables. We still really like it, though, finding it sort of a middle ground between some of the untouched stretches of overly quiet sand found in places like Indonesia, Belize or Nicaragua and the teeming pockets of humanity one often sees in Mexico, Thailand or Hawaii. I can only imagine, though, what it must look like to someone who loved it here 10 or 15 years ago. Seeing the rampant development and crowded sea side would have to be sadder than a snowman with a rotten carrot penis, or being Matt LeBlanc’s agent.

The views, though, the views! I’ve literally had to restrain myself from overdoing it on the cliff top photos, since it seems that around every corner is a scene just begging to be captured digitally forever, much like Sofia Vergara’s cleavage, but at some point you just have to say enough is enough. Which is really more like Pam Anderson’s cleavage. Nonetheless, it was during one of these indiscriminate bouts of landscape love that I accidentally captured this rather odd photo of Laynni walking, her foot inexplicably hovering high enough to flirt shamelessly with her ass cheek. Why is it like that? What was she playing at? Whatever happened to Larry Gowan? These are questions I simply must have answers to now. So for the past three days I’ve spent most of my time stealthily monitoring her while she remains typically unaware of, or at least pointedly ignores, my creepy leers and sidelong lurking. I’m sorry to report, though, that at this point the mystery remains unsolved, as so far all I’ve learned is that she really likes to read, her sandals are strangely loud and every now and again she will spit inappropriately while drunk. I’ll keep you posted as the results are tallied. 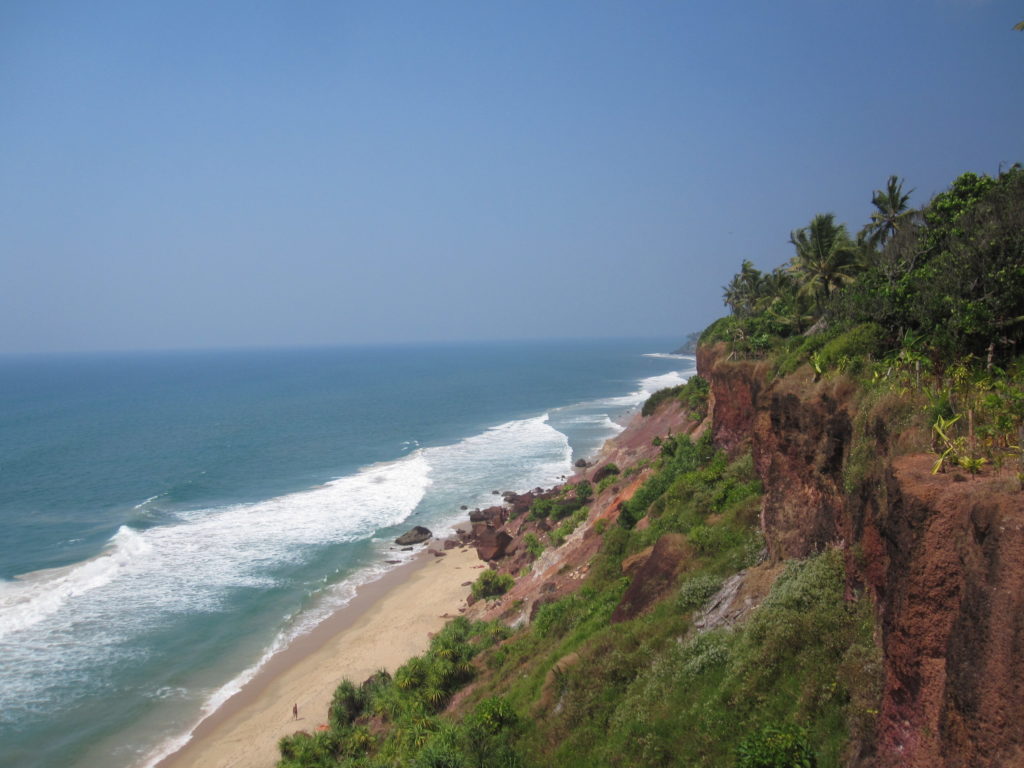 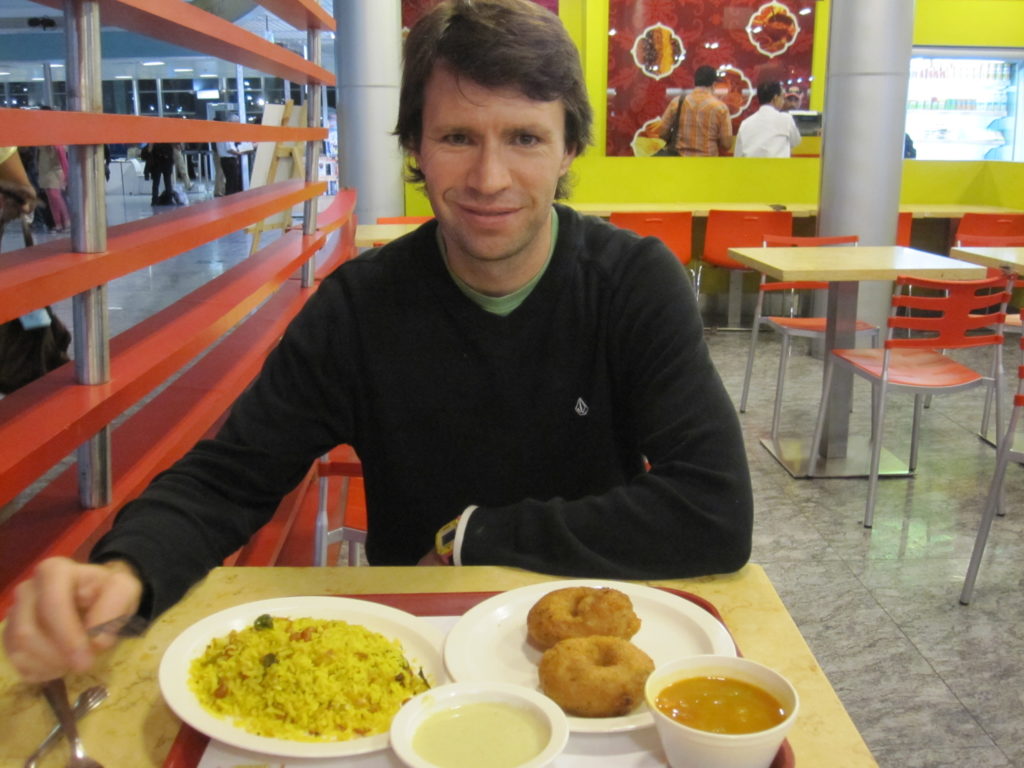 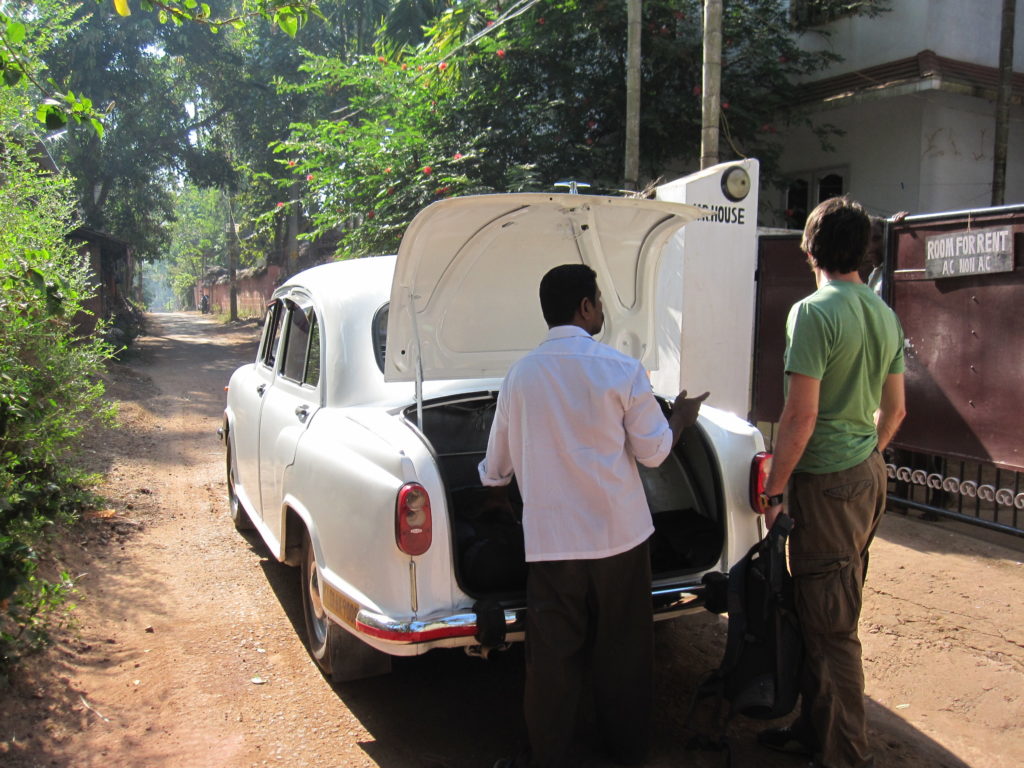 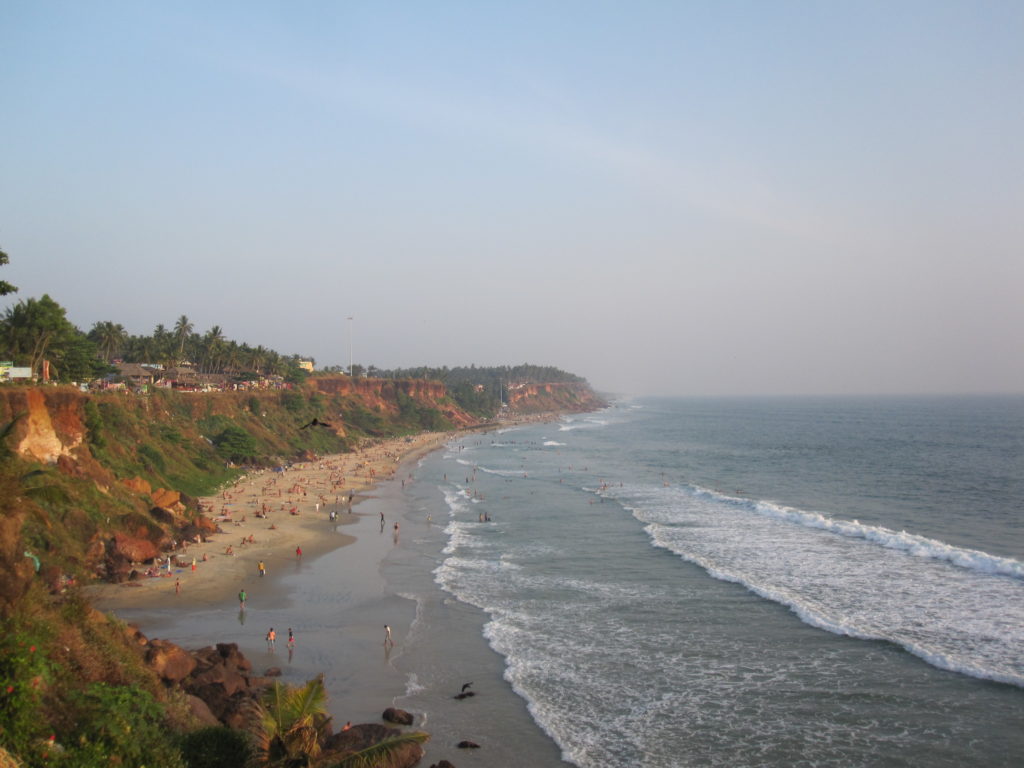 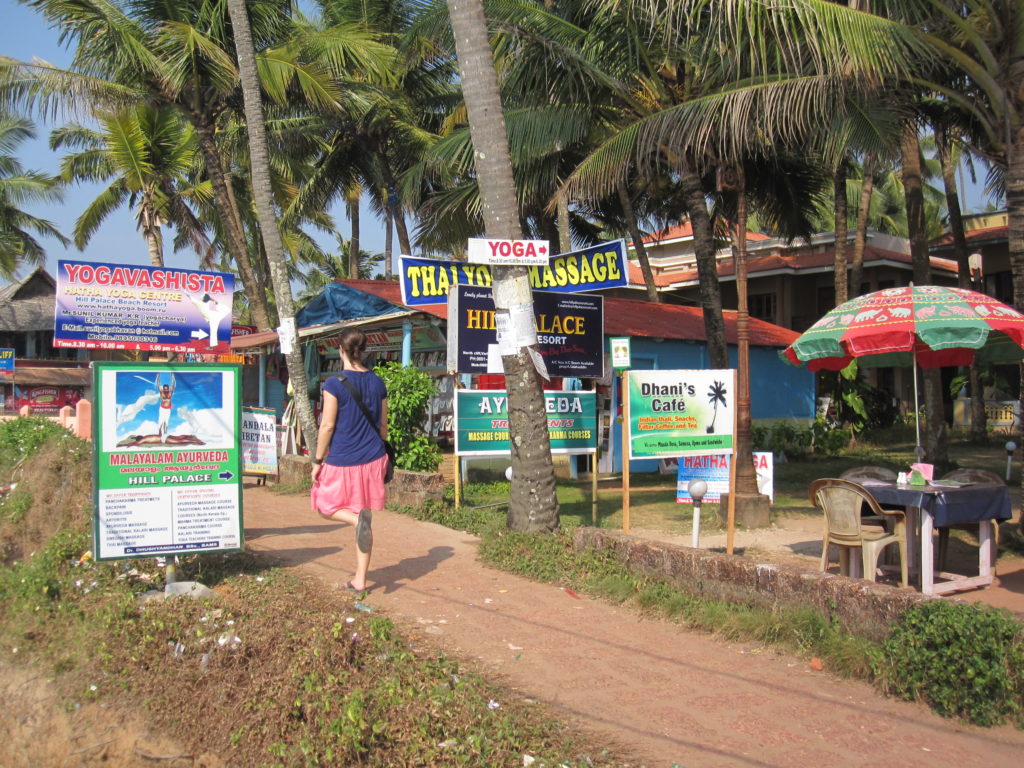