Instead of backtracking through Alexandria and Cairo we decided to take the aptly named Desert Road, 420 km across, you guessed it, the desert, to Bahariya Oasis. There is no public transport and 4 x 4 is a must so we ended up spending one long confusing day basically receiving periodic updates from Kamin while he brought most of the town into his Let’s Make A Deal Sweepstakes. Unfortunately that day happened to be March 11, known to most of the free world as Laynni’s birthday, and one she soon declared completely unacceptable. So at this point we have now actually celebrated three unofficial birthdays and I believe the plan is to keep going until I’m able to come up with something suitable. The only prerequisites are that it be fun, memorable, and to “see something amazing”. Oh yeah, also very relaxing. How hard can that be? Kind of makes me miss being home where she is content on the couch with some toast watching  a show about dwarves renovating houses or something. Anyway, the Desert Road was pretty wild, the absolute definition of desolate. And it didn’t take long to see why a 4x 4 was needed when we veered off into the desert to avoid the first of many huge sections of the road that had simply disappeared under giant sand dunes. We would then zigzag across the sand seemingly randomly before eventually emerging magically back on the road. Even most of the clear sections were far too rough to drive on so we usually stayed on the sand just off to the side. On top of this, security is extremely tight in Egypt, especially in remote areas like this, so every half hour or so we’d find ourselves stopped at another military checkpoint. As a rule these were bleak, ramshackle affairs which got progressively more “basic” the deeper we got into the desert. At least our driver was nice enough (or required) to provide some small gift at each stop. A bag of tomatoes, a chicken, a dirty plastic bag for their dog. Thankfully no condoms (that we saw anyway). Those poor guys out there looked so bored, although still stylish in their bright green camo pants. I suppose if one of them were to stand very still in the middle of the desert, arms akimbo, he could possibly be mistaken for a cactus. If Egypt had any of these, of course. They were also nice and snug, especially in the crotch area, I suppose to eliminate any danger of an inopportune swooshing sound giving away their position (which is typically the middle of nowhere).

The day after reaching Bahariya Laynni, Kamin, and I organized an overnight trip to see the Black and White Deserts. Our main guide and driver was Mohammed, a gregarious sort who clearly believes talking is always preferable to silence, whether the words coming out of his mouth make any sense or not. He probably spent the first two hours straight talking, or rather yelling, on his cell phone. After that, though, we were all his. Luckily for us, Kamin willingly bore the brunt of it. He even played along whenever Mohammed would actually run out of random things to say and resort to his backup plan, waving at Kamin in the rearview mirror… over…and over…and over…

Before we even left Bahariya though, we stopped at the police station essentially to register where we were going, we think. On top of that they told us to write our names in a ledger, along with our passport numbers, and then write something to the effect that we did not want a police escort. Naturally this only made us start thinking of all the reasons we may actually want a police escort.

1. Is Mohammed actually a deranged mental patient with a benign form of Islamic Teret’s syndrome?

2. Are people routinely killed and eaten on this route?

3. Was the idea to protect Egypt from a lawsuit if years from now our sun-bleached bones are discovered blending into the White Desert?

4. Would any of these guys know the difference if I wrote something like “their tendency to touch my bum casts a poor light on Egyptians as a whole”?

Anyway, as I was writing and pondering these questions I saw another officer walking past the open window. While shifting his automatic weapon from one shoulder to the other he accidentally unclipped the strap, fumbling it all the way to the ground where it clattered loudly. He quickly  picked it up and strode off, looking around guiltily to see if anyone had noticed. Suddenly, I felt much better about signing off on having the escort. Later that day, we were talking with another couple on a similar trip who actually had a police escort with them, but apparently his surly manner and ever-present machine gun did little to increase their enjoyment either.

The trip itself was cool, lots of strange desert, and we spent the night on mats under the stars. Had to get a tow-start in the morning but luckily the fact we had apparently gone into the desert without a spare tire didn’t become an issue. That morning we were dropped off in Farafra Oasis, with plans to go immediately to Dakhla Oasis, while Kamin was to head back the other direction, eventually to Cairo. Even though we immediately found a minibus heading to Dakhla (what luck!) it turned out that the 4 fingers the driver held up did not actually mean 4 minutes (seemed a little optimistic, not to mention precise) but more likely 4 more passengers. So that meant sitting around the sidewalk for 2 more hours until out of the blue we were up and moving, suddenly every minute of vital importance. Unfortunately, this frantic activity didn’t last long as we now slowly trolled about town in seemingly random circles tracking down guys who had been waiting but wandered off, stopping to pick up various loads of produce and, of course, providing door-to-door service for the women. I don’t pretend to know all there is to know about the roles of women in Egyptian society but it must be said there seem to be some perks. Egyptian men may hassle foreign women but the merest stern glance from one of their own (in public anyway) sends them off with their tail between their legs. And they always give up their seats.

After that we stopped in Dakhla for a couple days, not doing much except visiting the impressive ruined city of al-Qasr. We had hired a minibus to take us the 30 km, wait there and then take us back (all for less than $10). On our way back we came upon a big group of guys (around 14) waiting for a ride so our driver slowed down and checked to see if it would be ok if he stopped. Upon getting the go-ahead his eyes lit up and he slammed on the brakes. They immediately swarmed the vehicle, pouring in recklessly, laughing and shoving, each the same until they got in far enough to see us. At that point, one by one, they would stop in surprise, clamp their mouth shut and then glare back at the ones who continued to shove them from behind. Once they were settled things went a little bit back to normal, except for an unusually high number of times those at the front found it necessary to look back at the guys sitting just behind Laynni. Weird.

An interesting thing about traveling by public transport – each time we hit a military checkstop the driver holds up 2 fingers to represent the number of tourists on board (us). The guard/soldier/officer then generally pokes their head in and asks what country we’re from and then waves us along. Luckily we’ve only given the wrong answer a couple times so far. Hey, trust me, it can be hard to understand an Egyptian trying to say “nationality”. 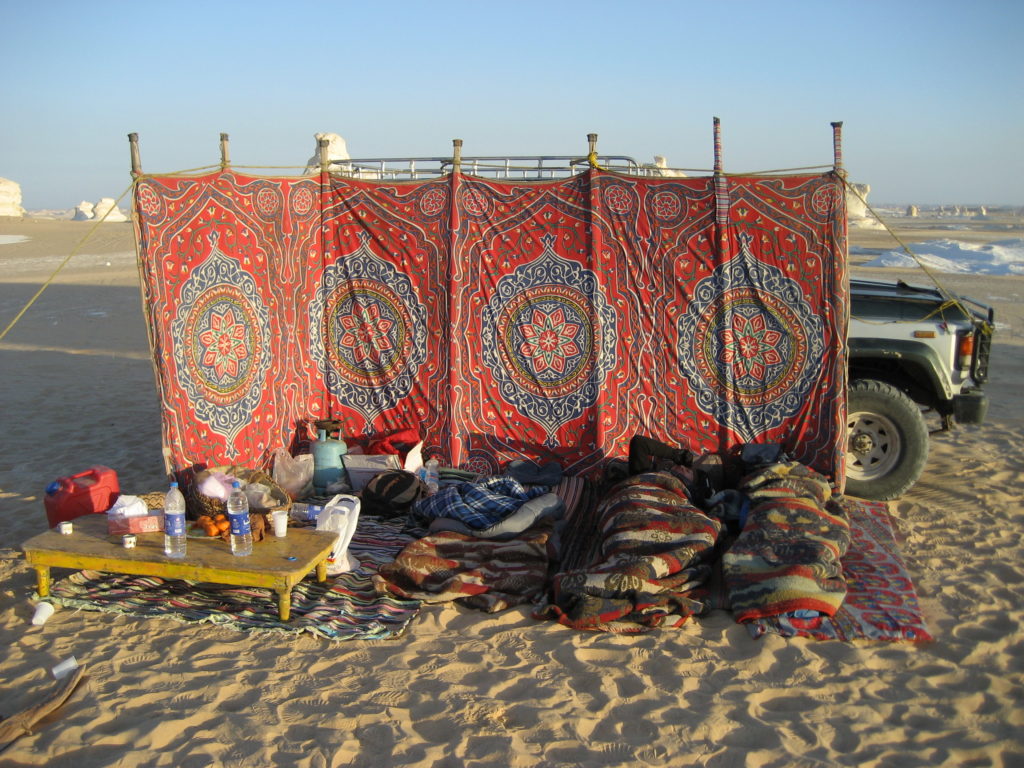 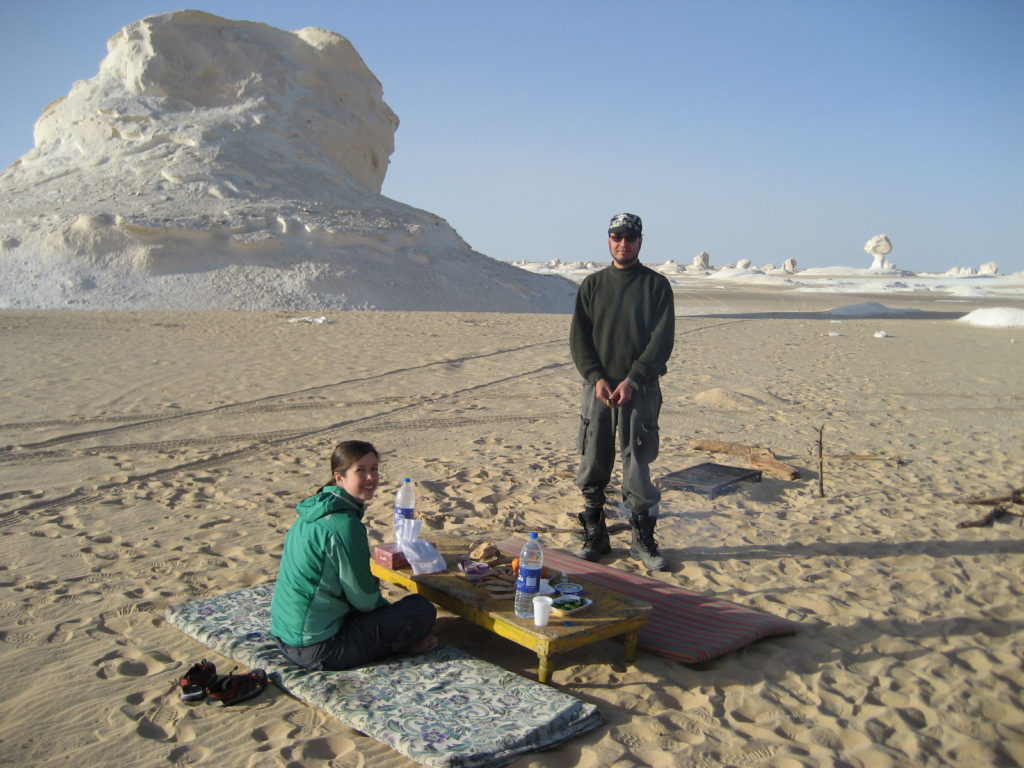 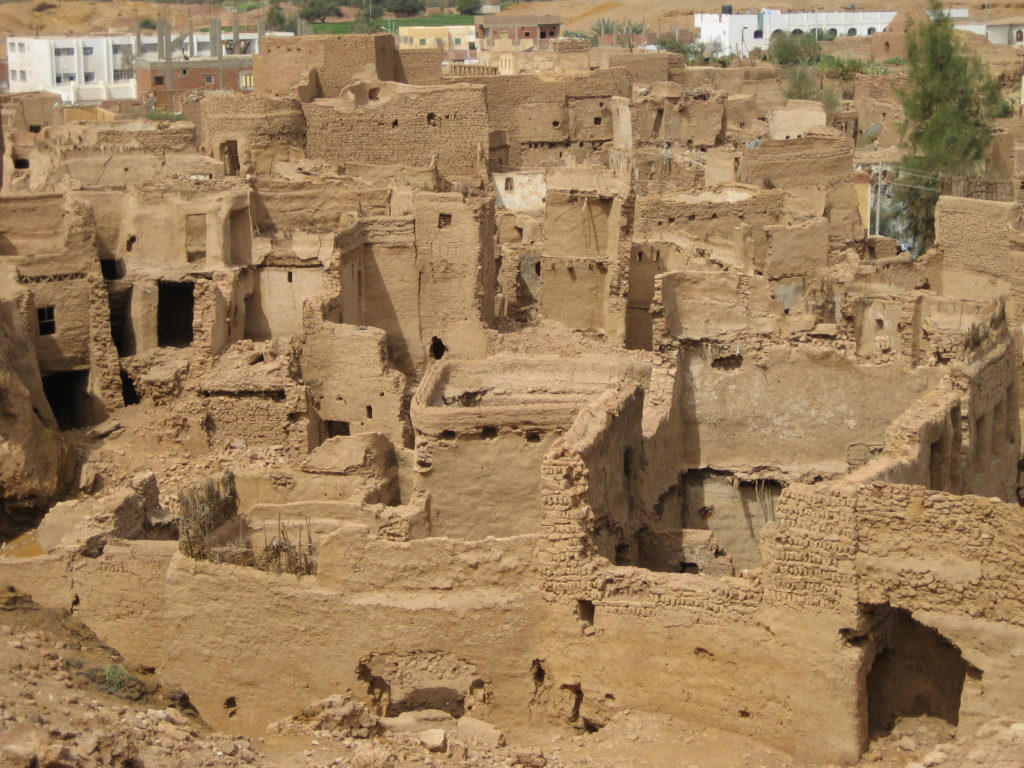 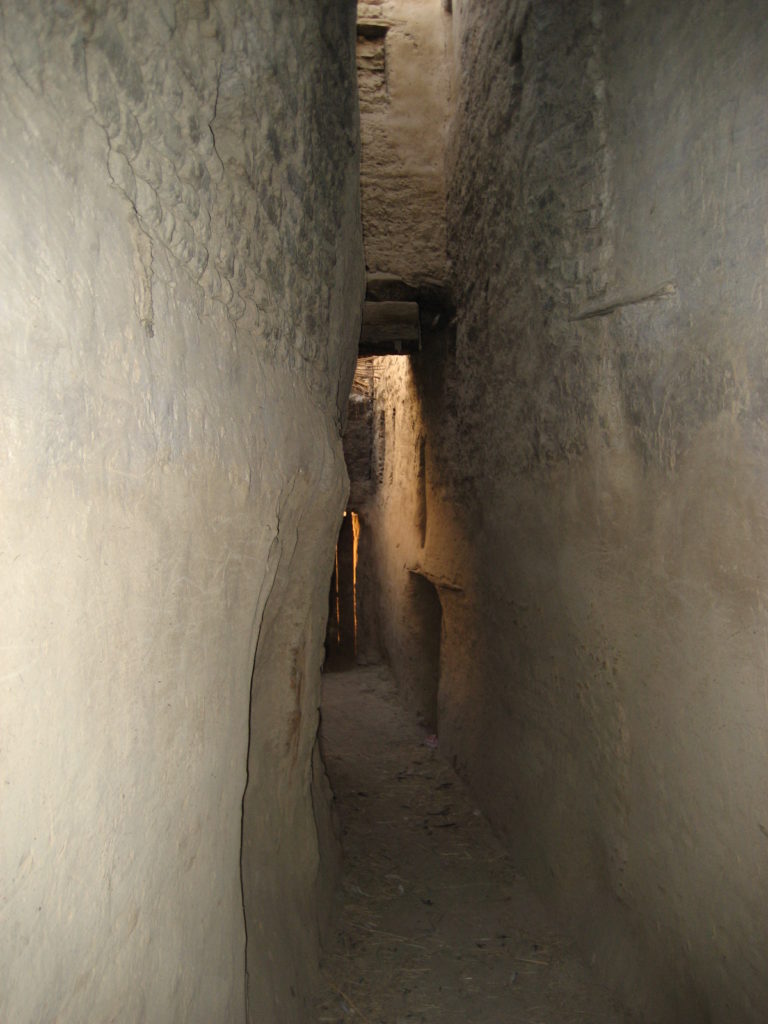 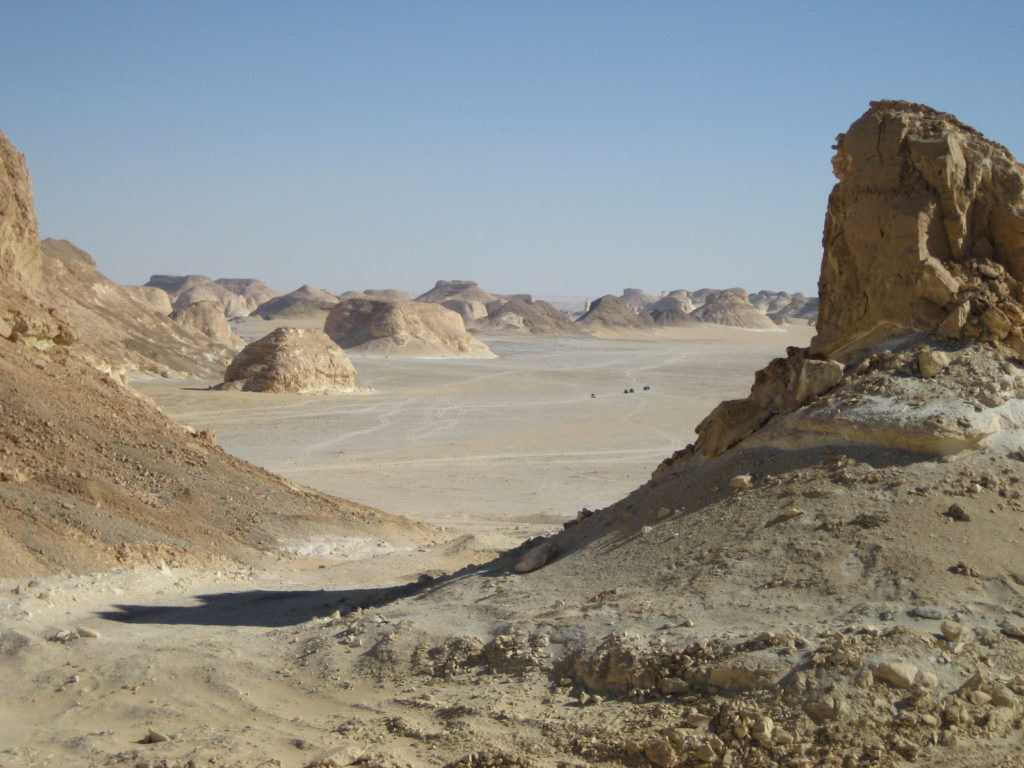 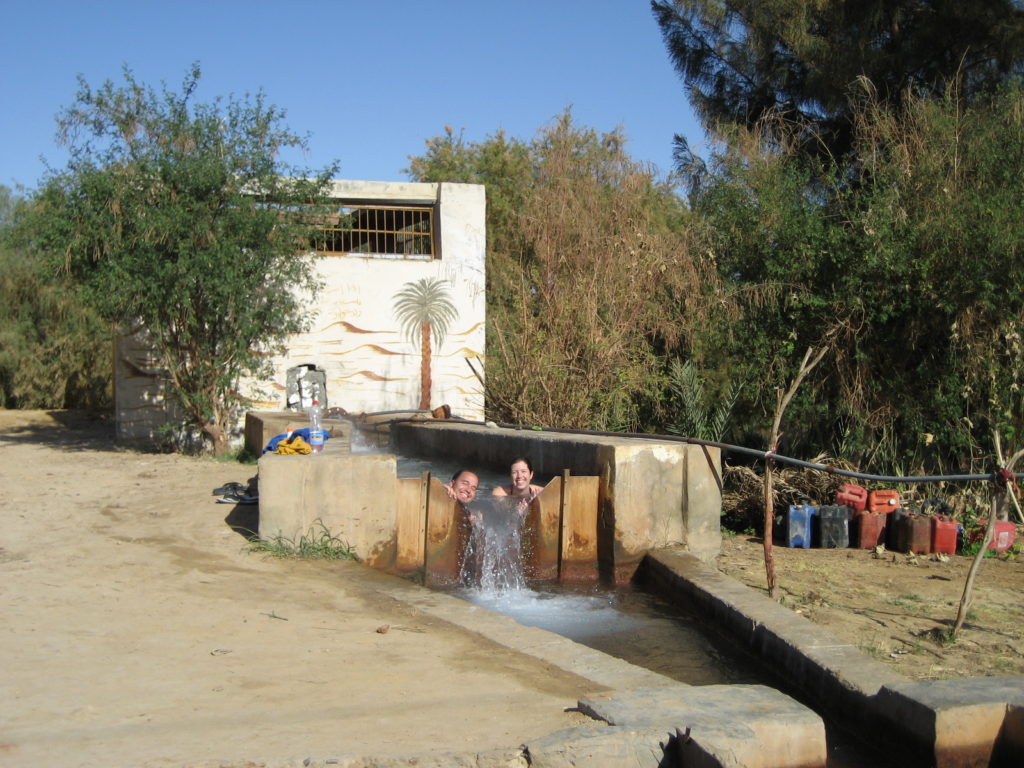 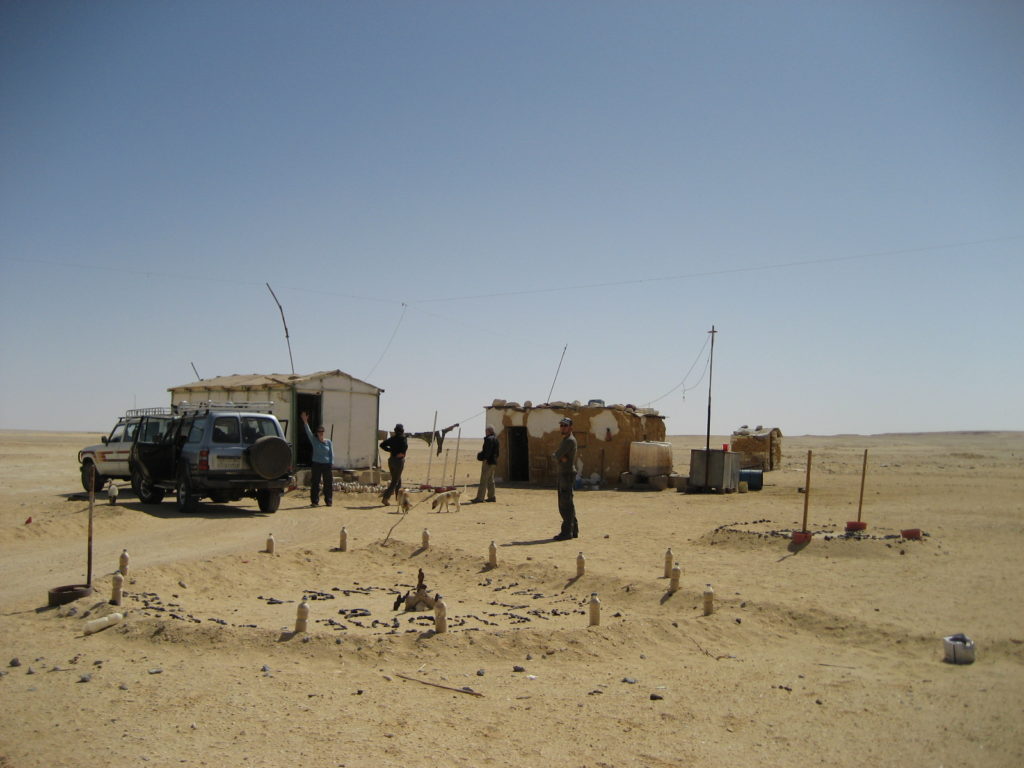