Don’t Point Your Saltena at Me, Young Man

Although the tranquil little mountain town of Sorata wasn’t technically very far from Copacabana, getting there did involve some typical Bolivian complications. Starting with the fact that the road, the main road to La Paz I might add, actually cuts across a corner of Lake Titicaca. Now when I say “cuts across”, I don’t mean in the traditional sense, which would of course mean on a bridge, but rather in a more rustic manner, which in this case took the form of a big, rickety wooden raft. Of course, the raft was only for the bus and any other smaller vehicles that could fit, they wouldn’t want a bunch of people getting in Tom and Huck’s way while they poled ‘er across the pond. Instead all the passengers were directed over to a smaller boat where we were taken across, anxiously watching as our beat up old bus crawled across the water unsteadily like the poor people’s ride across the Styx. Eventually we were all across, though, and shortly after we were unceremoniously dumped by the side of the road, the bus heading on to La Paz while we were left hoping to find some type of transport heading in the direction of Sorata, and more importantly, convince them to stop for us. We’d heard all kinds of stories, but in the end we barely had time to ask a passerby where to stand before a minibus with a Sorata sign in the window came rushing up like tequila from a teenage girl. Judging by the stories I think 45 seconds must be a new Sorata connection record.

Sorata was described as very laid back, a description that barely does it justice. Set in a beautiful hillside location, deep in a valley and surrounded by magnificent peaks, the place barely even had a pulse. We stayed at a great little rural type resort just out of town called Altai Oasis and spent most of our few days there. However, during those brief spells when we did venture into town all of the stores, restaurants and internet “cafes” (small closets with one working computer and some desks full of spare parts) were either vehemently closed (as the guy at Pete’s Place hollered at us) or something close to – meaning the door was open, but you may or may not find someone inside, and food could only be procured with great determination.

I don’t mean to sound negative, however, as we definitely enjoyed our stay in Sorata, despite the fact it rained for at least half the time. We were at a much lower altitude for a change, making it possible to get up for the can in the middle of the night without stopping at the end of the bed to catch my breath, and Altai was a truly tranquil hideaway to relax and think about possible reasons I hadn’t taken a solid shit since about 8 bus rides ago. They had a real barnyard theme going on – cows, llamas, ducks, chickens, parrots, dogs (and new puppies) and, of course, my best buddy, “Ballsack” the cat, who seemed quite proud to be named after his most prominent feature. At least it seemed that way as he repeatedly went out of his way to touch me with it. Nonetheless, in between reading in the hammock and working at memorizing the seemingly never ending list of Spanish words that mean “whore”, we did find time to get a little exercise, visiting the impressive San Pedro Cave and hiking 12 hot and dusty kilometres back. The cave was a pleasant surprise, as caves often tend to be quite similar, but this one opened up from a tiny claustrophobic entrance into a huge and haunting cavern half filled with dead calm, perfectly clear pools of water. The couple tacky little paddle boats waiting toward the end destroyed a bit of the mystique, but even they couldn’t keep us from feeling like we had just made our way into John Malkovich’s head, just without all the anger and lesbian sex.

Despite all that, we eventually decided to move on. We like to leave while we are still enjoying a place, the perfect amount of time being when it seems just a little bit too short, kind of like a Bolivian bed, or a wedding engagement.

Note: In the interest of full disclosure, last night I got really drunk with an English girl and yet another boisterous Irishman and played Uno and some exceptionally bad pool which, as some of you know, is really saying something for me, so the rest of this entry is being written while still a little bit morning drunk. And reviewed while tired and hung over.

Along the way we have been learning more about Bolivia as a whole. For example, one of the most popular foods here, eaten for breakfast, lunch or dinner (they don’t seem to fall for that “brunch” crap) are something called saltenas. These are kind of like a deep fried pizza pop filled with any combination of vegetables, chicken and cheese, and designed in a provocative way where as soon as you bit down they spray their contents like a teenage boy discovering Baywatch. It’s the imagery that I like.

Also, for those members of his fan club that have been distraught over his mysterious disappearance, we’ve come across a number of large gaudy photos that seem to suggest that the Bolivian president, purportedly a vehement coca farming activist, is actually none other than Erik Estrada (or possibly Gordie Dupre, although where he’d find the time…?). So there you go. You can take his picture off those milk cartons now (and maybe move it to plastic bags of coke).

Anyway, after that it was off to La Paz, apparently one of the highest cities in the world (not the highest, as I mistakenly wrote on Facebook, that goes to Potosi, someplace we should make it to in a couple weeks) where we got our lives sorted out with ridiculously cheap internet (about $0.60 per hour), the requisite movie(s) (District 9 – awesome, and Duplicity – not bad) and a visa extension. For once, a country that understands that they want you to continue spending your money and can’t wait to have you stay longer. It took all of a minute and a half to get another 30 day stamp, only seconds longer than it takes Samuel L Jackson to say yes to a screenplay (as long as he can wear a Kangol hat and give a predictably ominous speech).

Maybe the highlight of La Paz was the soccer game wewent to. That’s right, I dragged Laynni to a loud, crowded organized sporting event, her casual agreement as surprising as receiving an unplanned prostate exam from Chris O’Donnell on your way out the door to a 3OH3! concert. Yet just as vital. We bought Styrofoam pads to sit on, somehow lucked into rush seats underneath the canopy out of the rain, and even learned a few things, such as 23 new ways to use the word “puta” (not surprisingly it means whore). It was a big semifinal game too, making our polite golf claps seem even more out of place amid the rabid chants, ubiquitous fireworks and scornful whistling. Not unlike Friday sex night at the Johnston household. The polite clapping I mean.

From La Paz to Coroico it is nearly 3,000 metres downhill so we decided, hey, why bother with a motor when you can do it on a bike? Making us around the 3rd or 4th millionth people to tackle the “World’s Most Dangerous Road” (cue dark and ominous music). First of all, we’re already done and safely typing, so no need to worry, regardless of how unlikely that outcome was after sending Laynni down a mountain on two wheels. Luckily they take safety very seriously, providing full face helmets and rash-proof pants and knee pads (which I’m hoping to convince her to keep for later).  And, in fairness, this road earned its dubious title back before they finished the new paved road which has diverted traffic and means you are far less likely to come barreling around a blind corner to find your options the grill of an oncoming Bluebird or a 2 km drop. On the bright side, you’d be hard pressed to find a prettier place to tumble to a painful death. The downside, though, would be not being around to watch the Giants win their 4th Super Bowl in February. We enjoyed the spectacular 60km descent in a very manageable group of 5 – us, yet another friendly Irishmen (they seem to be as common as unwanted shoulder hair around here) and a well-meaning German couple, although she did manage to tip over at a near standstill and he seemed to be indulging some kind of awkward death wish, constantly riding on the wrong side of the road to challenge traffic as though his carefully groomed hair and intimidating military history would be enough to win the day.

Now we are relaxing in laid back Coroico, another small Bolivian town wonderfully situated halfway down the side of a valley with beautiful views from our deck and a shocking wireless internet connection. I’m now fully caught up on all the NFL recaps (so far I’m wrong about the Silver Fox, Jimmy, but it’s not January yet…) and soon hope to upload a new profile picture on Facebook. A man has to dream big.

Tomorrow we start a 3 day boat trip down into the Amazon basin – they promise plenty of mosquitoes and hijinks. Hopefully we’ll be in touch from Rurrenabaque – malaria and penile parasites notwithstanding.

“For years we Bolivians have been well-known for our runny eggs and old bread but, unfortunately, there was always a small, naïve percentage of the population that got up every morning thinking today would be different, that this time they’d be able to bite into a piece of toast without it exploding in a cascade of inedible crumbs. For these people every morning meant a fresh disappointment. But by making Stale Bread the National Food of Bolivia we hope to dissuade these unrealistic expectations and encourage a new standard of resignation and low expectations for all.” 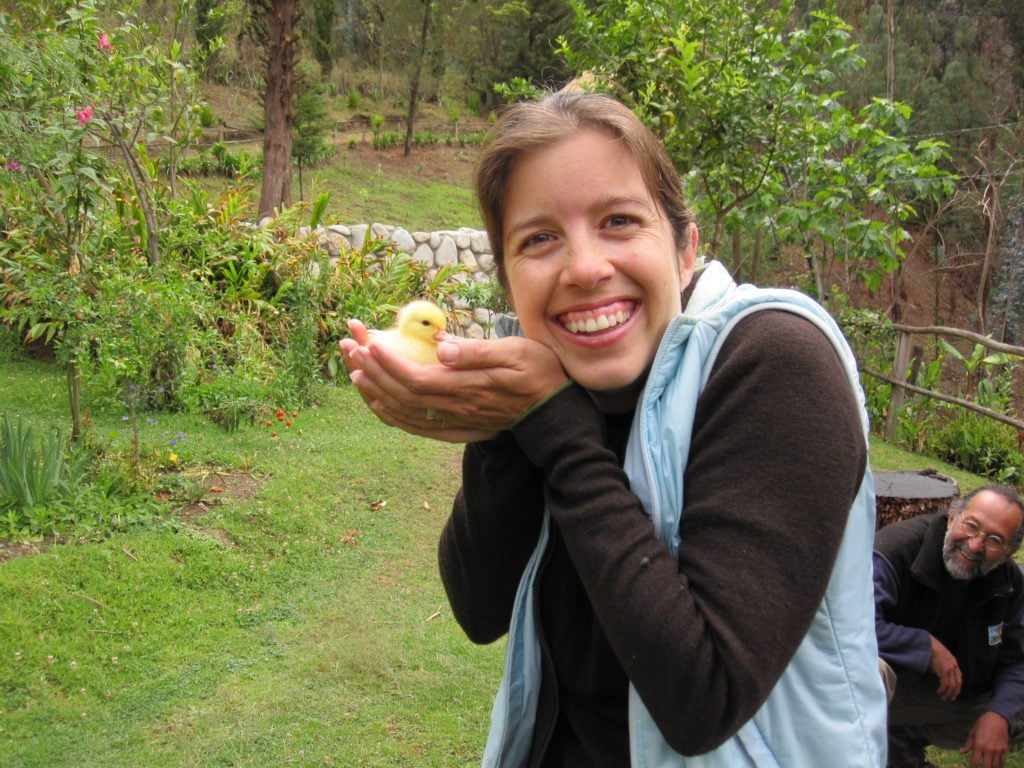 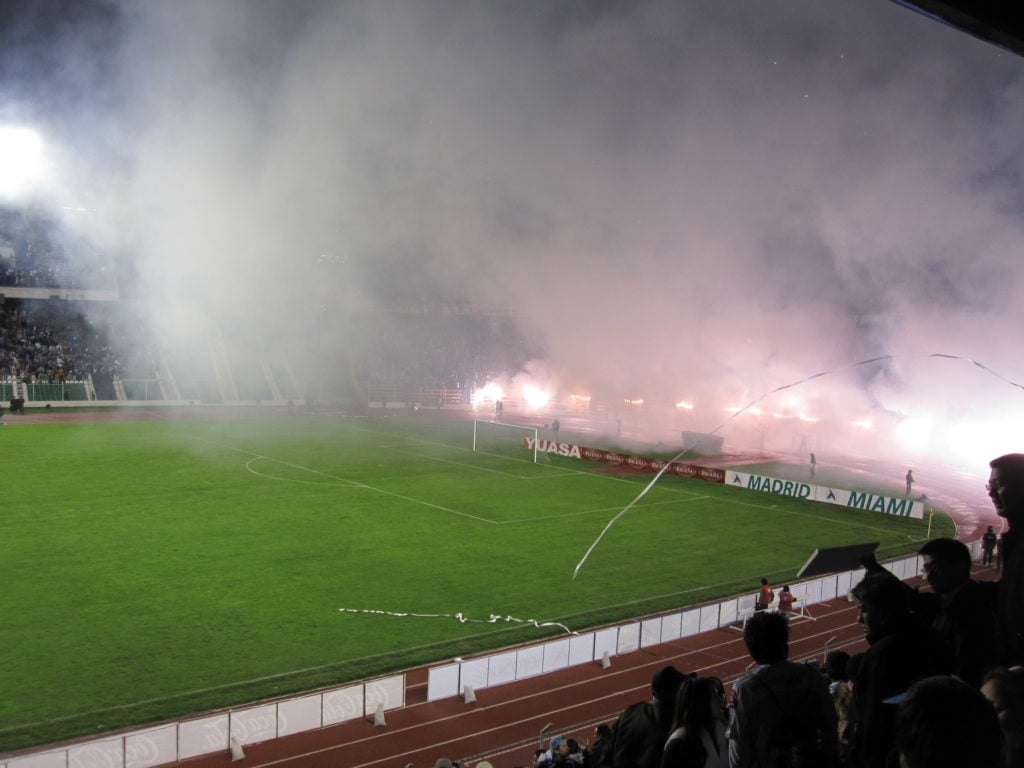 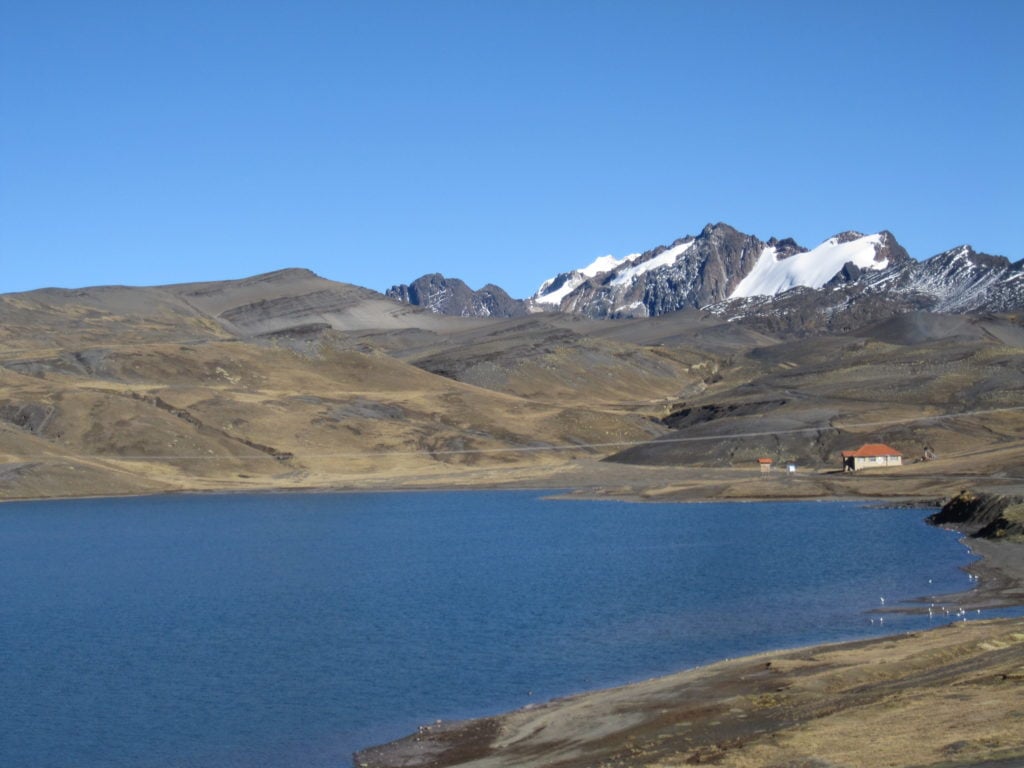 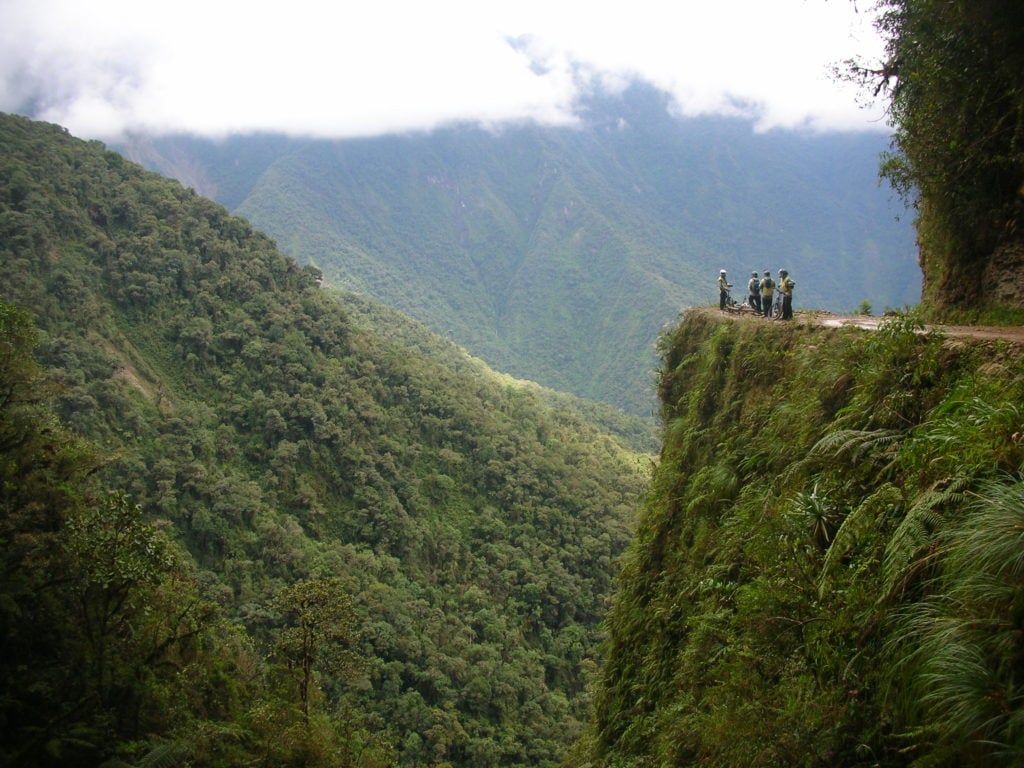 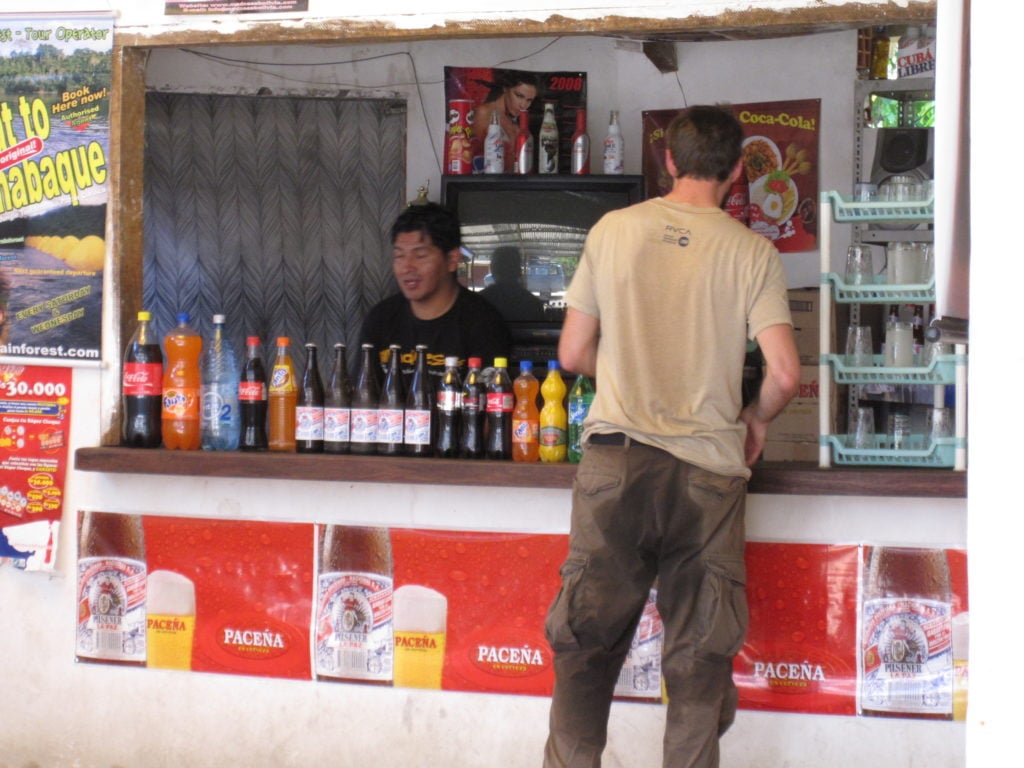 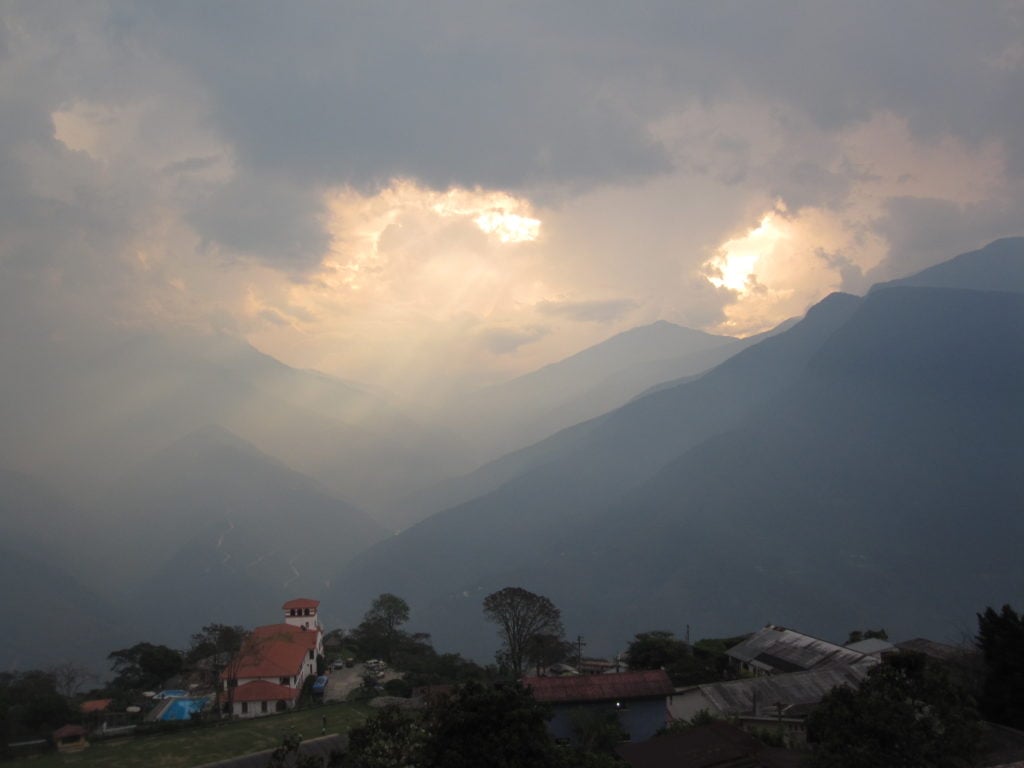 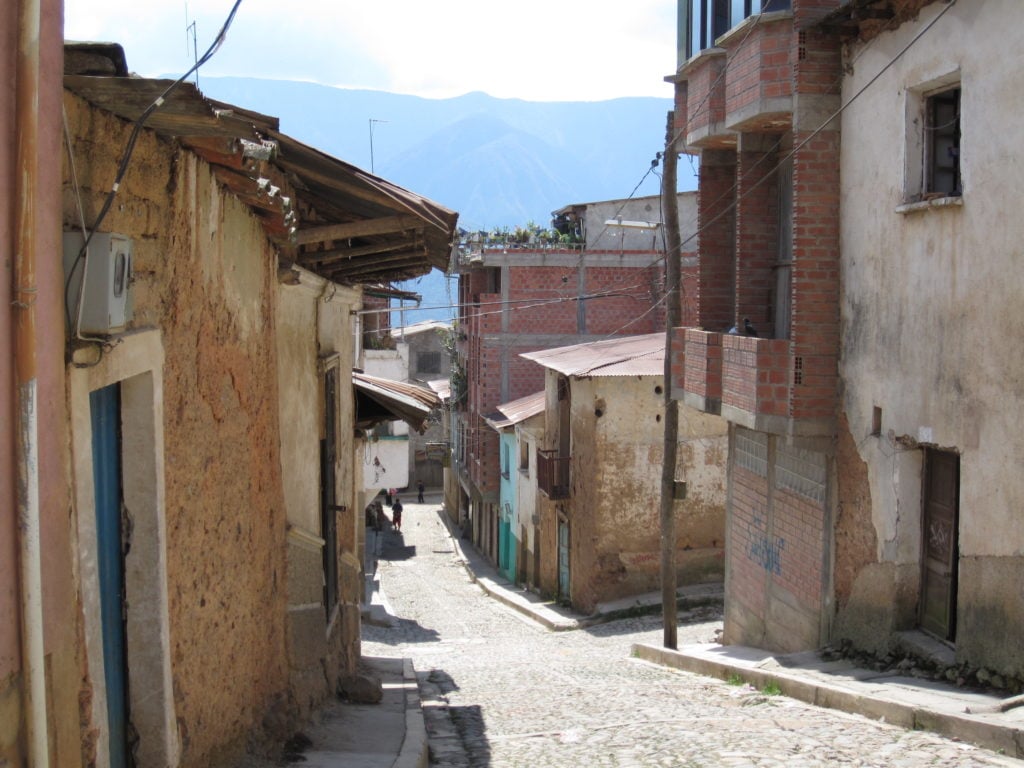 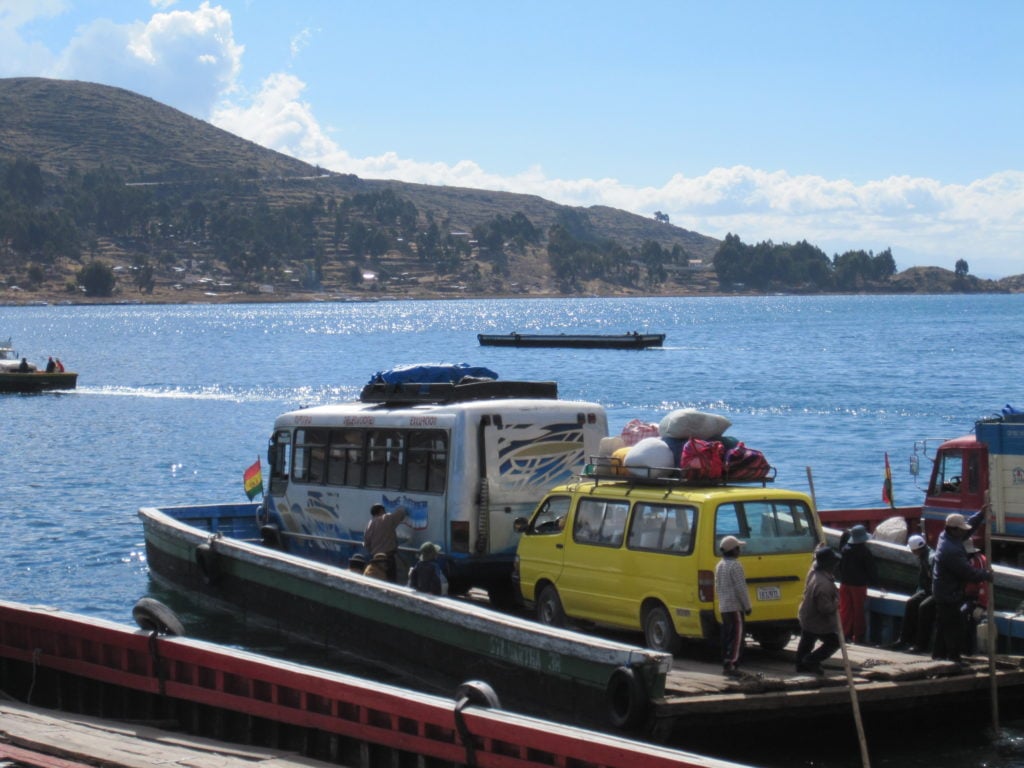 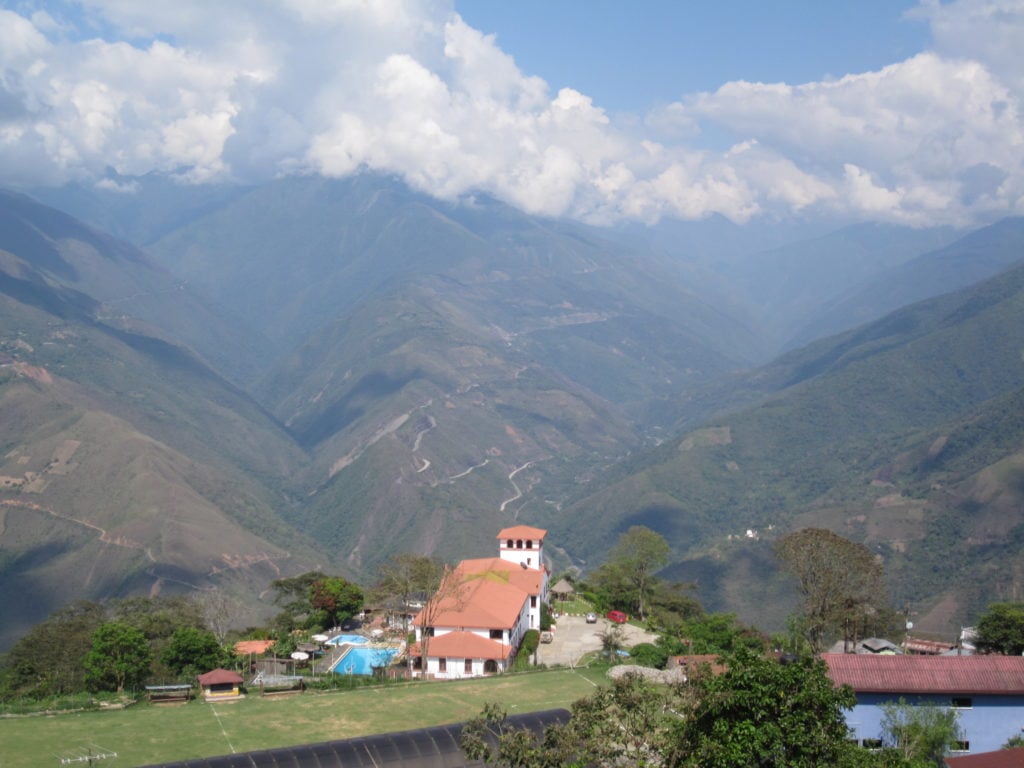 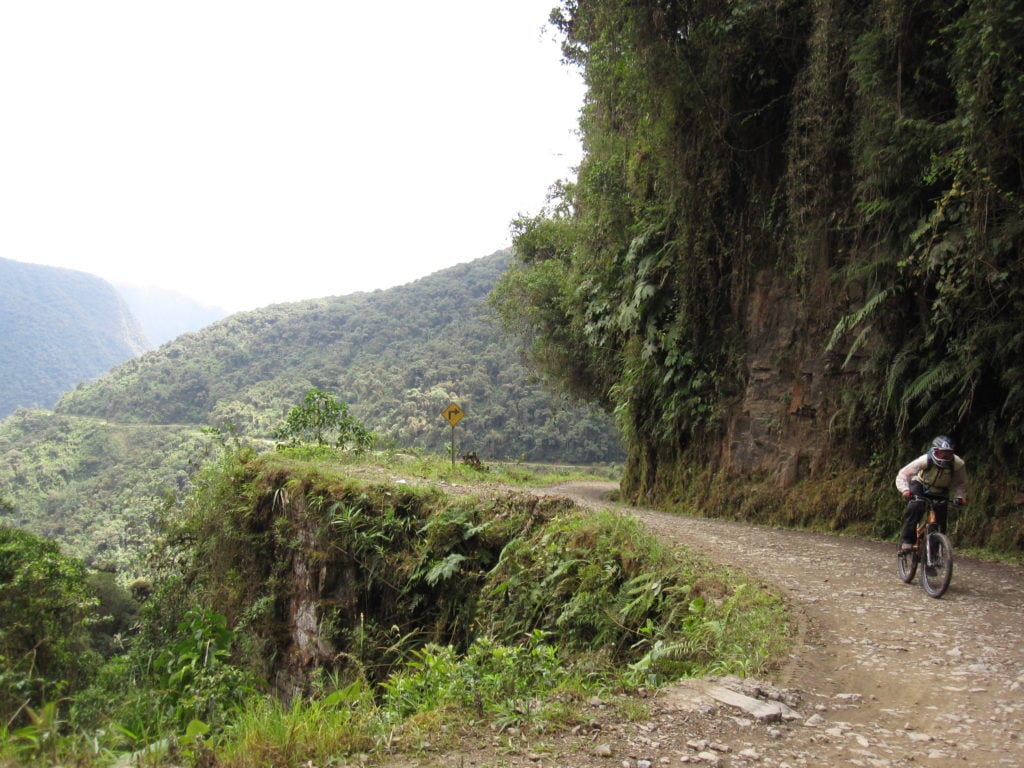 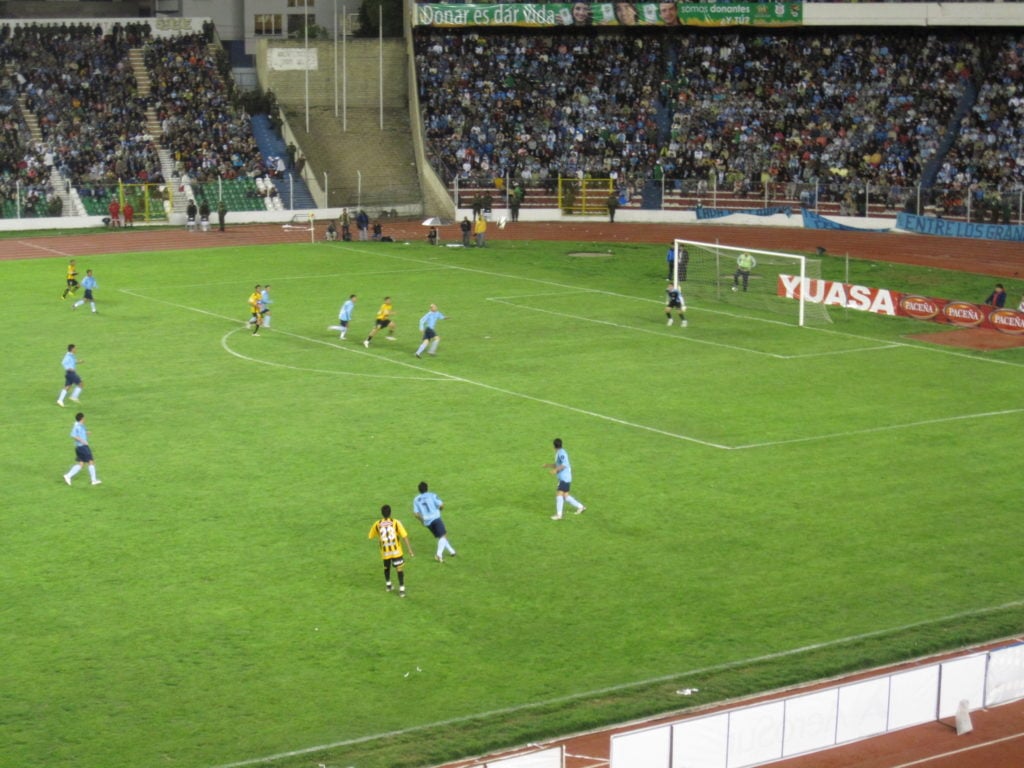 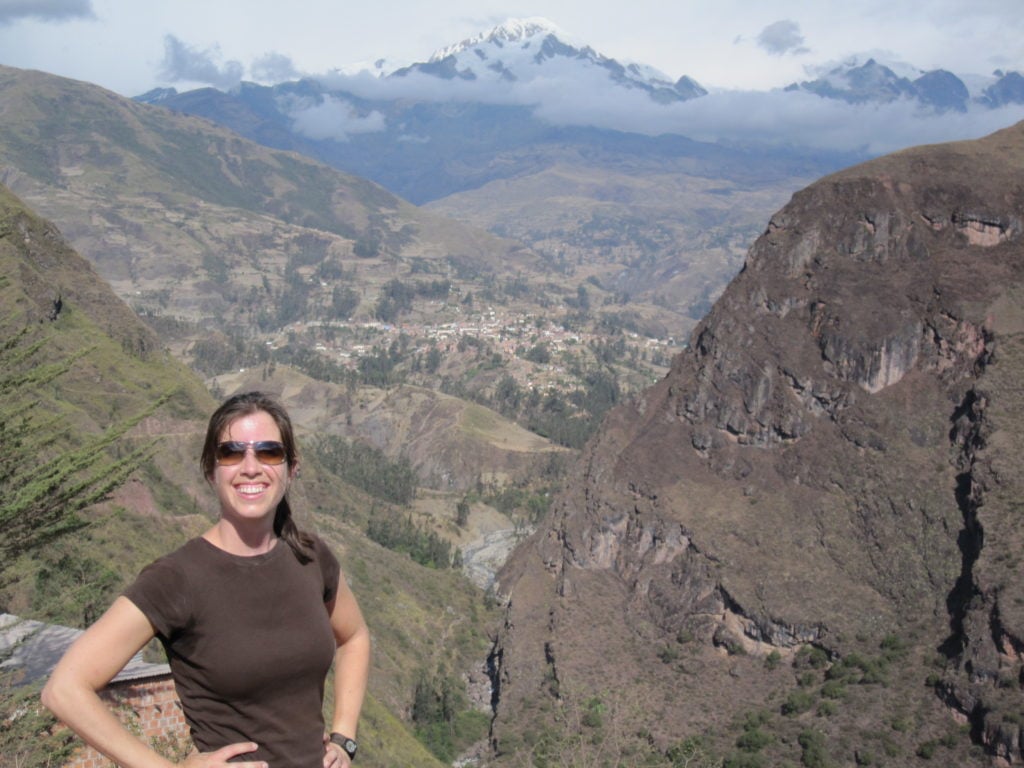 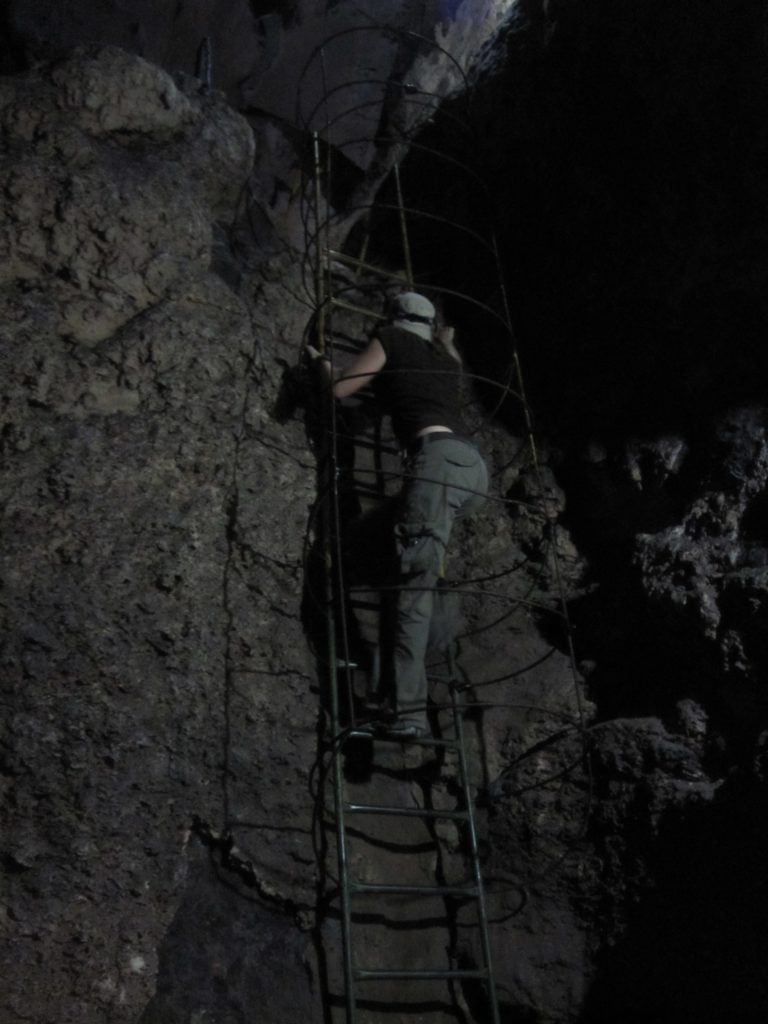