Even Knights Should Flush

Five women, three men, two taxis, a long weekend, a war-torn country attempting to reinvent itself. Does anyone else smell a new ABC sitcom…? That’s right, we were off to Lebanon with Barry, Sheena, and four of their friends from Damascus (Dustin, Lara, Hilary, Jen). We made  a beeline through Beirut to Byblos, a popular beach resort and the sight of some minor Roman ruins, although minor is a relative term, of course, as they would probably be considered fairly important Roman ruins in, say, Moose Jaw. Anyway, what a change from the rest of our trip to this point. We crossed into Lebanon through tree-lined mountains with spectacular snow-capped peaks in the distance before dropping suddenly down to the Mediterranean where the waves were lapping up against the rocky shoreline. The main thing – not desert.

Our first stop was the Edde Sands resort, or as Barry insisted on calling it, with a hearty chuckle each time, just the Edde because there wasn’t any sand, at least not for us. But more on that in a minute. I’ll start by saying that it was a beautiful resort with a great setting, nice pools, and comfortable rooms. However….

Now I won’t go into a ton of detail since I think we all took care of that on our hotel comment cards but, suffice to say, the Edde didn’t seem quite sure they actually wanted paying guests at this time. Anyway, a quick summary would read as follows:

Lied to by beach security because “he didn’t know we were staying at the hotel” and I guess didn’t think to ask, learned that 3 of the 4 pools were closed, along with the beach, apparently in order to create a peaceful working environment for the two guys at the far end disinterestedly pushing sand around with a sifter, Hilary was charged something like $14 for towels and water (towels!) and breakfast turned into an Abbott and Costello sketch complete with hijinks, misunderstandings and bumbling waiters. The capper was the armed guard who didn’t want to let us go to the public beach next door, for our own good he seemed to imply, as though we were 12 years old and thinking about taking up crack. Are you kidding me? You close 90 % of the resort and then try to hold us hostage? Not likely. Unfortunately, though, the beach was kind of windy so I ended up slinking back to the pool.

So at this point I’m sure you’re all saying “Boy, this whiny bastard sure has it rough.” I know, I know. But it’s all about expectations – in our usual $15 hotel we would have been thrilled to be sold some half-edible bread and get the chance to bare my hairy legs in a chair in the parking lot. I think Sheena said it best, describing it as a vacation phenomenon called “Pleasure Greed”. Defined as: Expecting a constant state of joy and responding with outrage to even the slightest interruption.

Day Two: Beirut. The self-proclaimed Europe of the Middle East. It’s certainly more modern and “Western” then anywhere else we’ve been lately (except possibly parts of Amman), especially if you consider construction sites and giant cranes modern, which I do, of course. Interesting city with a lot of beautiful areas like the corniche, the new downtown, and the university campus, all of which contrasted sharply with the heavy military presence. A number of tanks, fences of razorwire, and every now and then a fortified bunker manned by a soldier on top lounging in a chair with one hand smugly fondling the huge automatic weapon protruding from between his legs. Walking up quiet avenues past tiny shops riddled with bullet holes and seeing gorgeous hotels next to bombed-out ruins are stark reminders of how recently Beirut has suffered through the horrors of war. Mind you, none of that was quite as horrifying for us as inadvertantly coming across the guy having his back and shoulders shaved in the picture window of the local barbershop. We didn’t stick around to see if his Speedo-line was next.

Anyway, a fitting example of Beirut’s duality come later as we set off into the city’s notorious club scene for a night of drinking and dancing and Dustin instructed the cab driver to “drop us off next to that tank.”

The clubs themselves were a unique experience as well. Smaller than we expected, packed to the rafters, and pounding out the usual deafening dance beats. We checked out several before Laynni and I finally gave up on moving, fighting through the crowd to get a drink and eventually finding ourselves packed shoulder to shoulder and dancing between the tables with everyone else. Apparently my moves were a bit rusty and, quote, terrible, so Laynni decided to shut me down. Not that her favourite dance is anything to brag about, the one where she approaches you with slow menacing thrusts of her pelvis, and either starts or ends with a involuntary shake much like a pee shiver.

Unfortunately, Beirut was where we parted ways with the rest of the crew. Getting a chance to stay with Barry and Sheena in Damascus and be part of a group trip to Lebanon, of all places, was a great change from the rest of our trip so far. But they went back to Damascus and we opted to continue north to Tripoli, or as Laynni prefers to sing it to the tune of the Hercules cartoon song, Treeppp-oh-LEEE! And no, I don’t know why she does that. We didn’t do much there except wander around the souqs, check out the Citadel of Raymond St Gilles, the famously ruthless Crusader general, and discuss possible reasons why one particular street corner always had at least twenty soldiers standing there eating grilled cheese and ice cream.

After that it was back to Syria, this time to the pleasant coastal city of Lattakia. It had a good vibe and elaborate corniche which was, however, completely cut off from the ocean by a giant port full of immense, smoke-belching freighters. It was like building your picture window to face into your neighbour’s laundry room. Before that we were yet again awed and amazed by the stunning lack of efficiency, or even common sense, at the Syrian border. Even though there was no line up it still took us over an hour and somehow involved three different immigration officials, a so-called “banker” who was really just an overweight guy with a desk and a safe who changed our dollars into Syrian pounds (the Syrian money already in my hand wouldn’t work for some reason), shorted us about $1 (limited change at the bank I guess) and finally gave us a receipt we then used to buy visa stamps from some old guy in the back of a tiny grocery store before finally returning to the original building. (deep breath) The important thing is that five Syrian government officials remained gainfully employed.

From Lattakia we took the train to Aleppo, passing through some pretty amazing scenery. We spent a couple days in Aleppo exploring the souqs (once again) and famous Christian quarter, followed by yet another citadel/castle. We’ve now seen quite a few amazing castles on this trip and have noticed a lot of differences – intact or ruined, on hills or crowded into cities, moat or no moat. However, we have firmly established that they all have at least one thing in common: every dark corner smells strongly of urine. Unfortunately, neither of us knows enough about medieval history to explain why.

A general note: I’d like to mention that Laynni is always much better than I am at remembering the details about things we’ve done and, as a result, plays a large part in these entries. Even more so this time as I’ve been drinking more heavily, and she made me cut down on the whining as well (I know, hard to believe but there was more originally). And she also gets to read them first and say things like, “What the hell is this supposed to mean?” and “Is this part supposed to be funny?”. So I guess that makes her the editor-in-chief. Just wanted to mention that. But she also got victimized by bedbugs yet again (Aleppo) ….. so there. 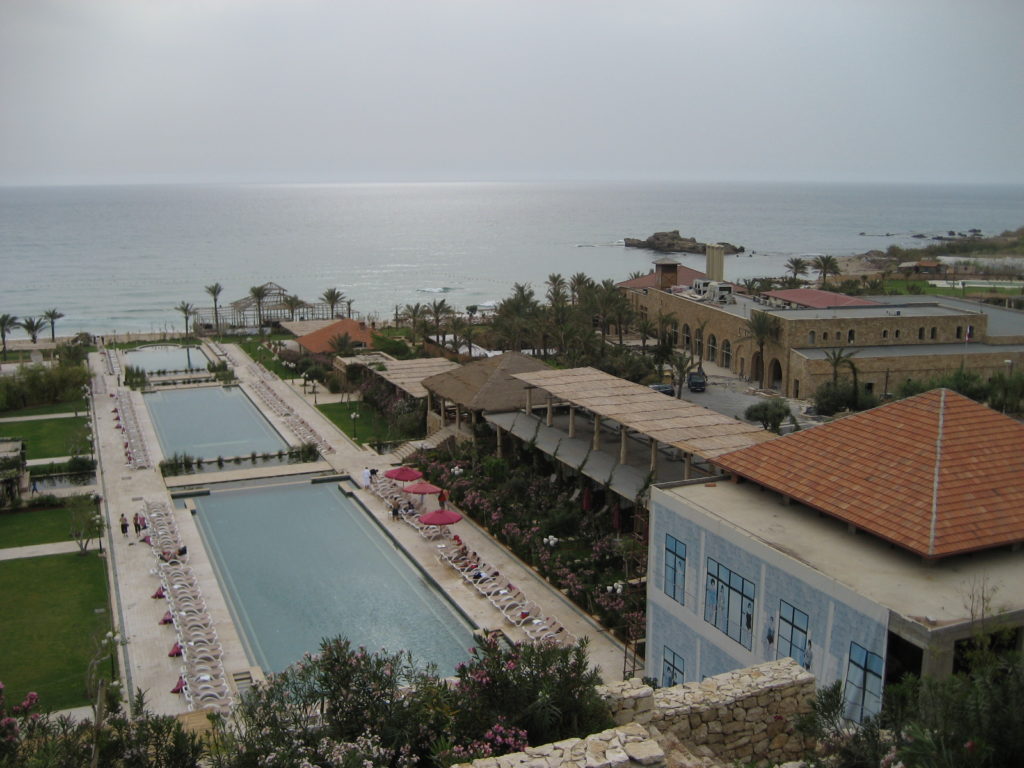 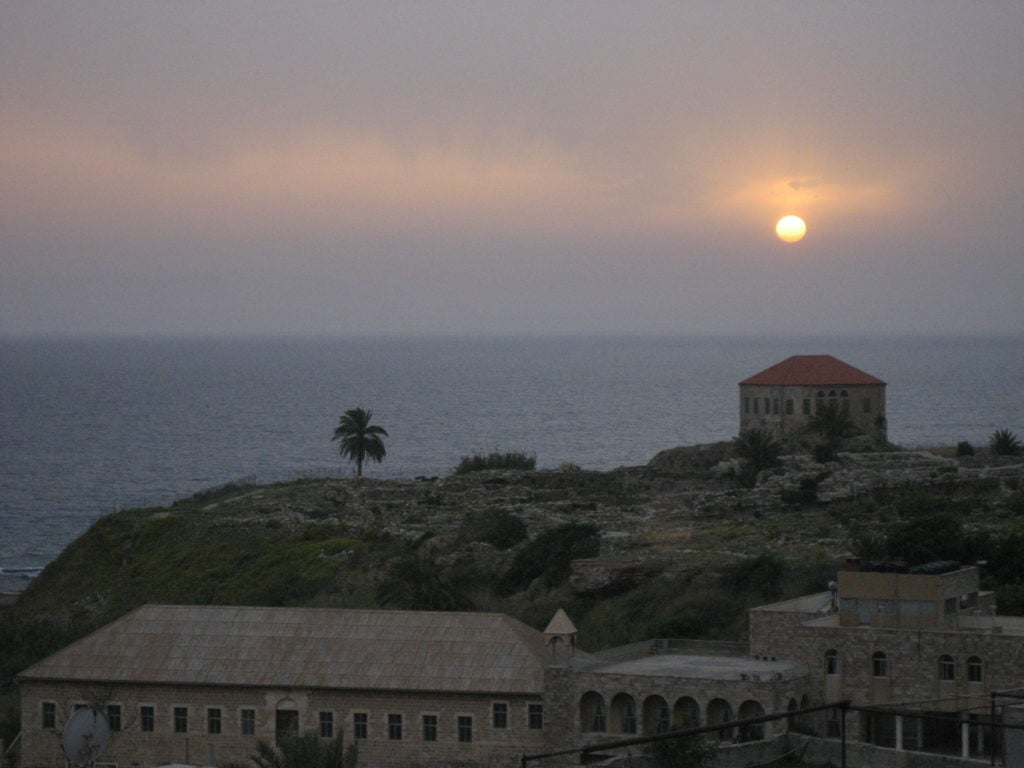 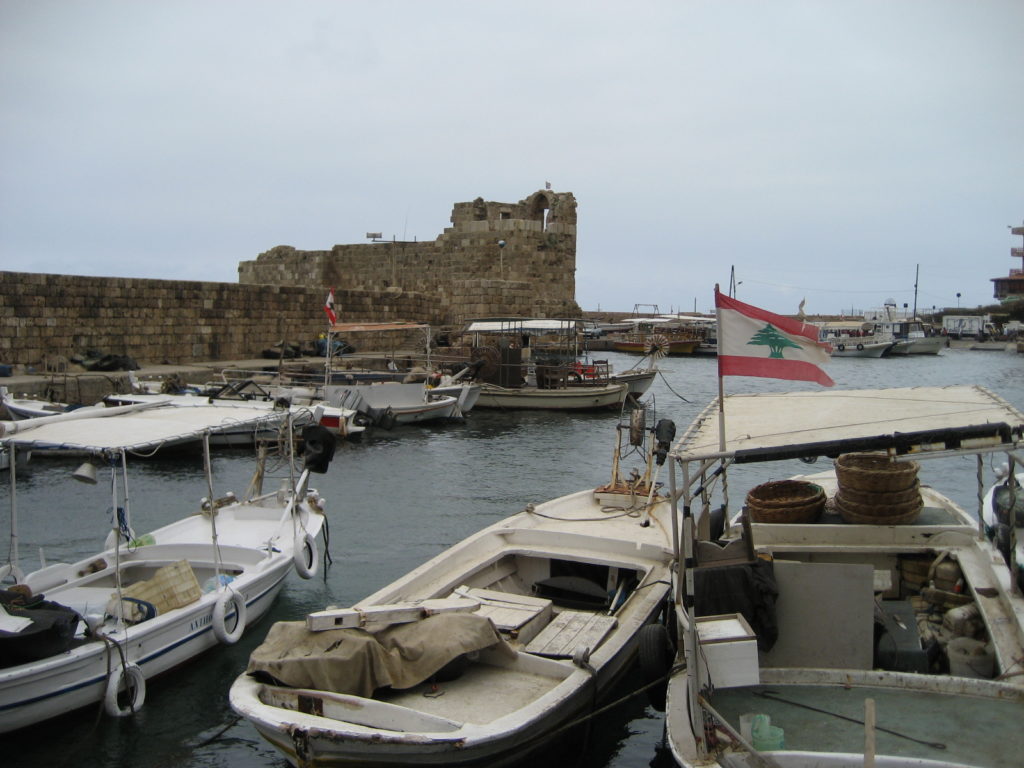 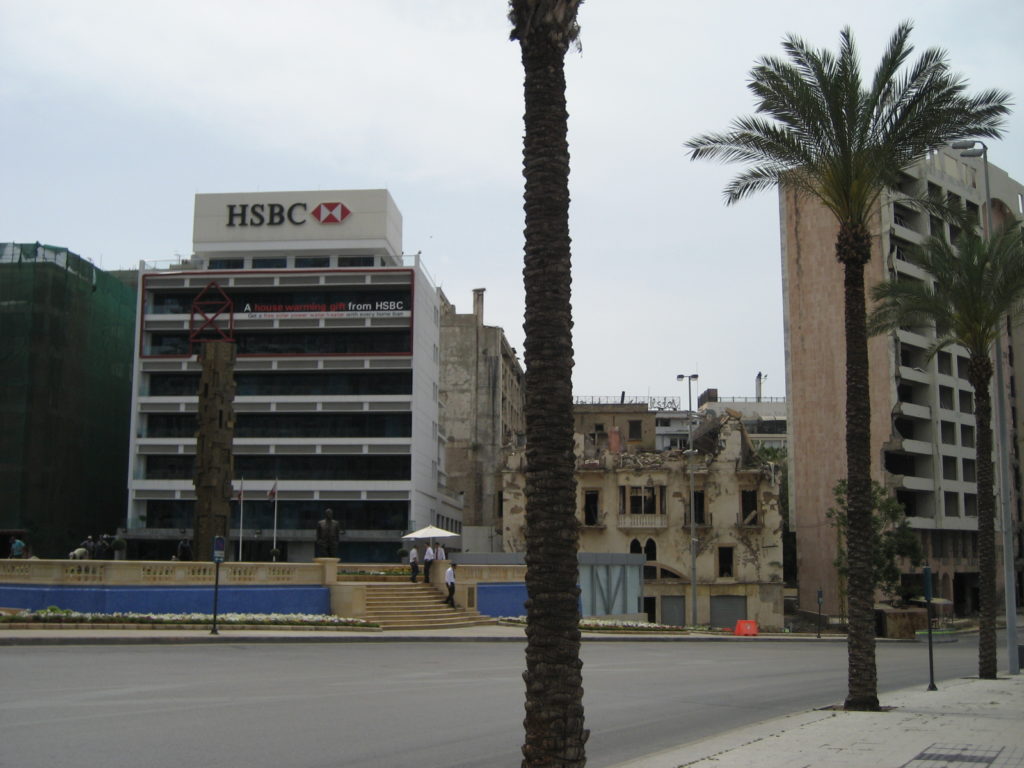 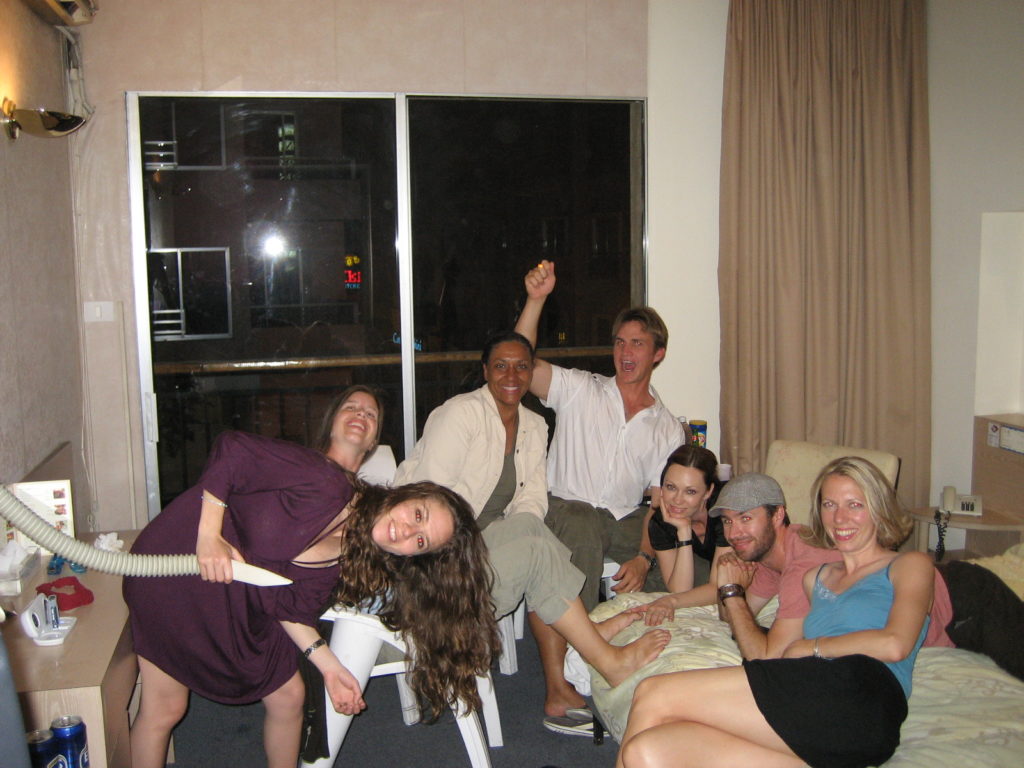 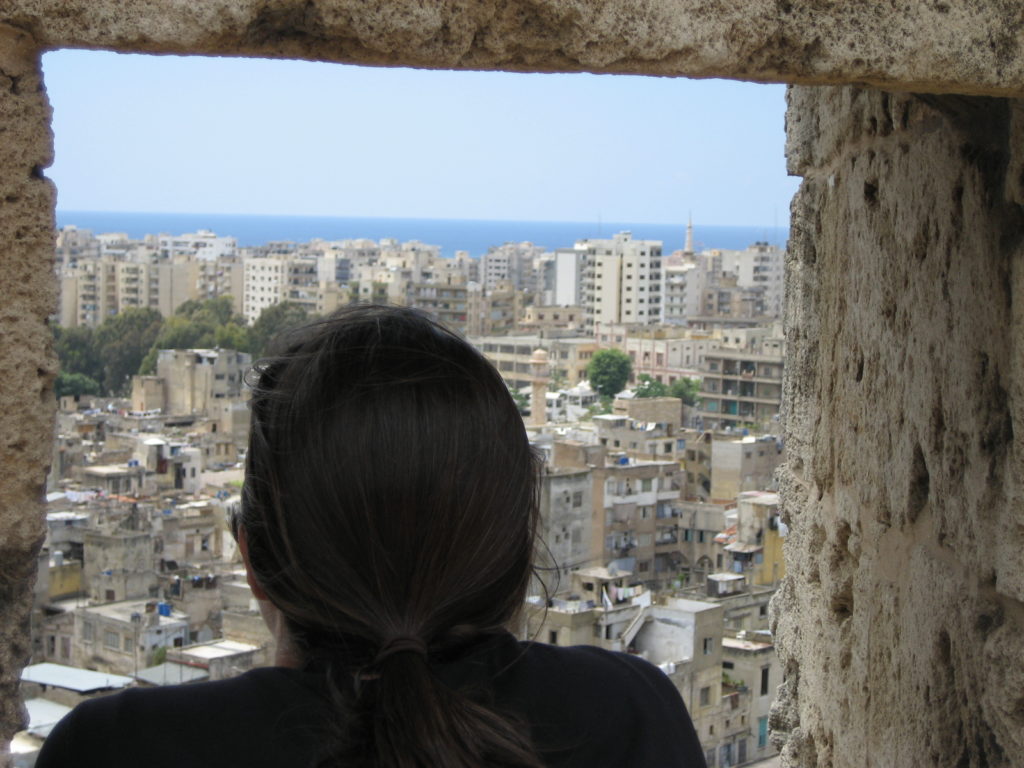 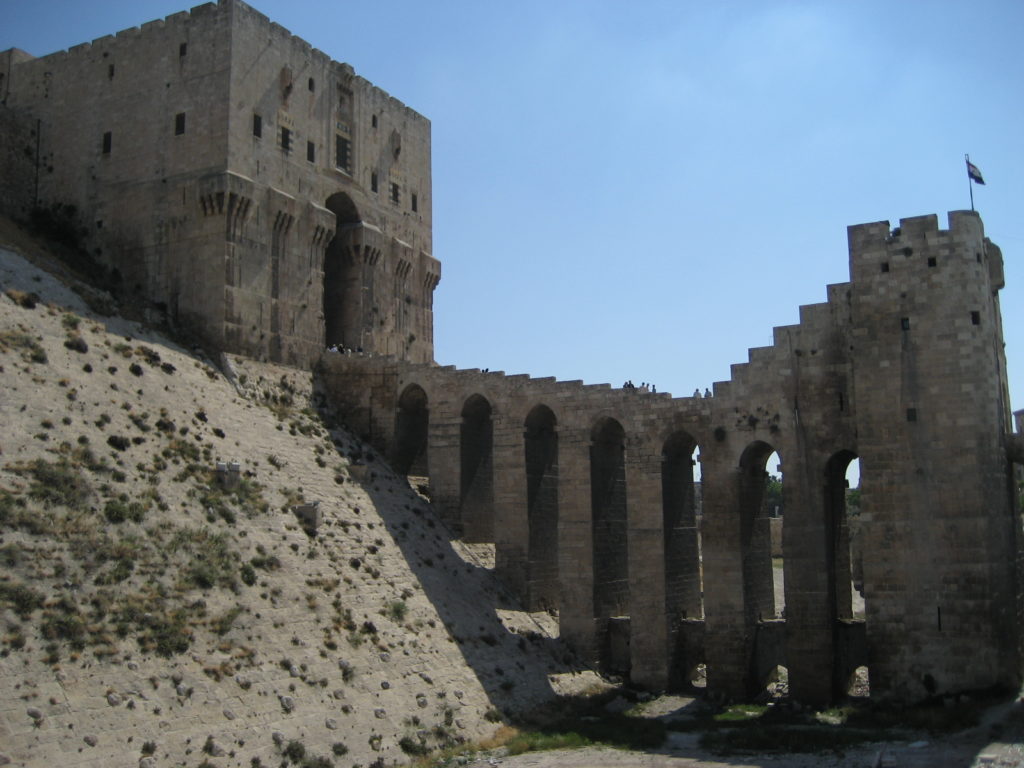