Fashion and Science Meet at the Top of the World

Well, when I left off last time we had recently arrived on famous Lake Titicaca and were staying in the lakeside town of Copacabana. Most of you are probably familiar with that name from the song (Copa……Copa-ca-baaana…they’re the yada yada stone-age familyyyy! Or something like that). The song, however, is actually about a massive, gorgeous beach in Brazil which, although I haven’t been there personally, seems as though it may bear little resemblance to the grubby little port we visited. Now don’t get me wrong, we liked it there, it’s just that the nature of the highlights were just a bit different than you may be imagining. So, in order to allay the confusion and provide you with a more accurate vision of Copacabana, Bolivia I’ve compiled a short list of comparisons and contrasts:

Speaking of the bowler hats – they are an apparently old tradition and something you seem to see in every picture of Bolivia. However, it is a bit strange that, as far as we can tell, they don’t actually serve any practical purpose. Women and their hats are a unique theme around the world but usually they are clearly functional, with a bit of fashion added in, but with practical usage coming first. These things, though, barely cover the very top of their head and defy all rules of gravity to stay there, obviously pinned, glued or sutured in place leading us to assume that they are intended strictly for decoration, kind of like the lines on Bolivian highways, or Laynni’s shampoo.

One practical purpose, though, is to add a few precious inches to their height, a feature not to be taken lightly in a place where the women range from about 4’6 to, oh, roughly as tall as a cat dancing on its hind legs. Of course, if you were to look at cumulative circumference, measuring from the left ear down the side, across the rock solid base and back up to the rounded top of the hat you’d end up with a number more comparable to, say, a late 80’s Ford Escort. It’s all in how you crunch the numbers.

Speaking of crunching numbers, I should probably mention the altitude since it has such an effect on everything we do here. We’ve discussed the altitude on and off throughout this trip since we’ve been kind of up and down in the mountains this whole time, anywhere from about 2,500 metres to around 4,900 through the pass on the way to Cabanaconde. Here on Lake Titicaca we’re at about 4,000 metres, the highest elevation we’ve spent any sustained time, and it is noticeably more difficult to breathe and the slightest exertion gets our hearts pounding like Mr. Clean in a Peruvian squat toilet. Now, since, like us, most of you are from Saskatchewan where I’m pretty sure no one actually knows where we sit in relation to sea level, only that “it’s pretty dry so we must be above the ocean, I guess” I’ll try to give that number a little bit of perspective. Even using the high end of the scale, roughly 54 inches, we are currently eating, sleeping and contracting diarrhea 2,890 Bolivian women above sea level. Which also explains why we are wearing toques, gloves and winter parkas in many of our photos even though we are the same distance from the equator as Hawaii.

Anyway, the end result of all this is that Lake Titicaca is considered the “Highest Navigable Lake in the World!” – although we’re not entirely certain what that means, since there are apparently a couple lakes in this general area that are actually higher. We can only assume that “navigable” refers to it being a certain size and/or depth allowing a particular size of boat to “navigate” on it, but the whole thing smells a little like a desperately concocted qualification to save them having to re-print a couple hundred thousand posters. And, let’s face it, “Lake Titicaca – We’re So High”, or “Lake Titicaca – We Have Less Oxygen Than Most People” just don’t have quite the same pizzaz.

So far the cost of living in Bolivia has been almost absurd – we paid roughly $9/night for a room with a bathroom and TV in Copacabana, and about $6/night for a room with a ludicrous view of the lake and mountains while on Isla del Sol. It’s a good thing it’s so cheap, though, since this is the first city we’ve seen in a really long time that actually doesn’t have an international ATMs. Luckily we were alerted in advance by our guidebook but it still feels like we stepped back in time, maybe to when smoking was still allowed in hospitals, East Germans were cheating at the Olympics and Billy Cosby was still alive.

Once again we’ve been constantly amazed by the sheer volume of festivities in Latin American countries. The day we arrived in Copacabana we saw, each at different points in the day, a parade, a dance, small children trick or treating, and a mob of teenagers running around covered in paint like a group of very uncoordinated graffiti artists. It’s the randomness that I like.

The big draw of this area is the Isla del Sol (Island of the Sun), a place Incan tradition holds was actually the birthplace of the sun. I’ve always understood that the sun was born in the back of a cab on the way to some fictional hospital on TV, but everyone has their own story I guess. Either way, it is a spectacular place – no roads or vehicles and steep Inca staircases leading up from the clear blue lake to traditional villages perched on the side of hills with stunning views across the water to the endless snow-covered peaks of the Cordillera Real. Donkeys and mules, llamas and alpacas, ducks and chickens, sheep and Welshmen all wander unchecked among the dusty terraces and narrow winding paths. Even the Incan ruins are old-fashioned, mostly in that they are actually ruins and nearly indistinguishable from even the most modern mud-brick structures. One day Laynni and I actually spent 2 hours hiking to some ruins we had seen when we were coming in on the boat only to discover that the small group of Bolivian men scurrying about the site weren’t tourists but were really just building a house.

We took full advantage of the beautiful hiking paths all over the island, passing through a variety of landscapes from lush valleys with villages and gardens to rocky coasts reminiscent of a Greek island to barren treeless hills boasting 360 degree views and enticingly reminiscent of large untanned buttocks.  While having lunch in the small village of Challa’pampa curious pigs jostled our legs under the table as we watched local children entertain themselves with an impressive variety of otherwise useless items tied to the end of a string – empty bottles, bottle caps, bottle labels, “Bottle Rocket” dvds. I was hoping to introduce them to “Ball in Cup”, but we ran out of time, and the lady serving us lunch gave me a dirty look when I’d started trying to work one of mine into my water glass. Of course, we ended up doing a complete circuit of the island in one afternoon, as usual setting ourselves up for a lot more work than we expected, kind of like Brett Favre’s retirement party planner. We then celebrated  by eating grossly undercooked pizza and sleeping for 11 hours. Followed up with breakfast, then a two hour nap. Then a really short hike, then nothing. And that was that for Isla del Sol.

From there, back to Copacabana before moving on to the laid back mountain town of Sorata, which you’ll hear all about next time. Talk to you then.

Bonus Feature – In the news:

Copacabana – A Canadian man vacationing on Lake Titicaca has become the centre of a media whirlwind as Bolivians and tourists alike flock to catch a glimpse of his rapidly developing “chest beard”. Displaying a phenomena some have described as a preliminary symptom of humandevolution it appears that his beard is slowly but surely making it’s way down his neck where his chest hair is simultaneously striving up to greet it. Scientists are predicting the two could meet as earlier as next week but are hesitant to speculate on the consequences of such an unlikely union.

“We are dealing with two entirely different strains of hair which were never intended to cross-pollinate making it impossible to determine how it will end. The results could be cataclysmic, although there is always a chance they will successfully combine to create a new race of super-humans who will always be able to leave their top button undone and never need to buy another scarf.”

The host of this unlikely breeding experiment declined to comment, seemingly content tugging at his ever-growing facial hair. 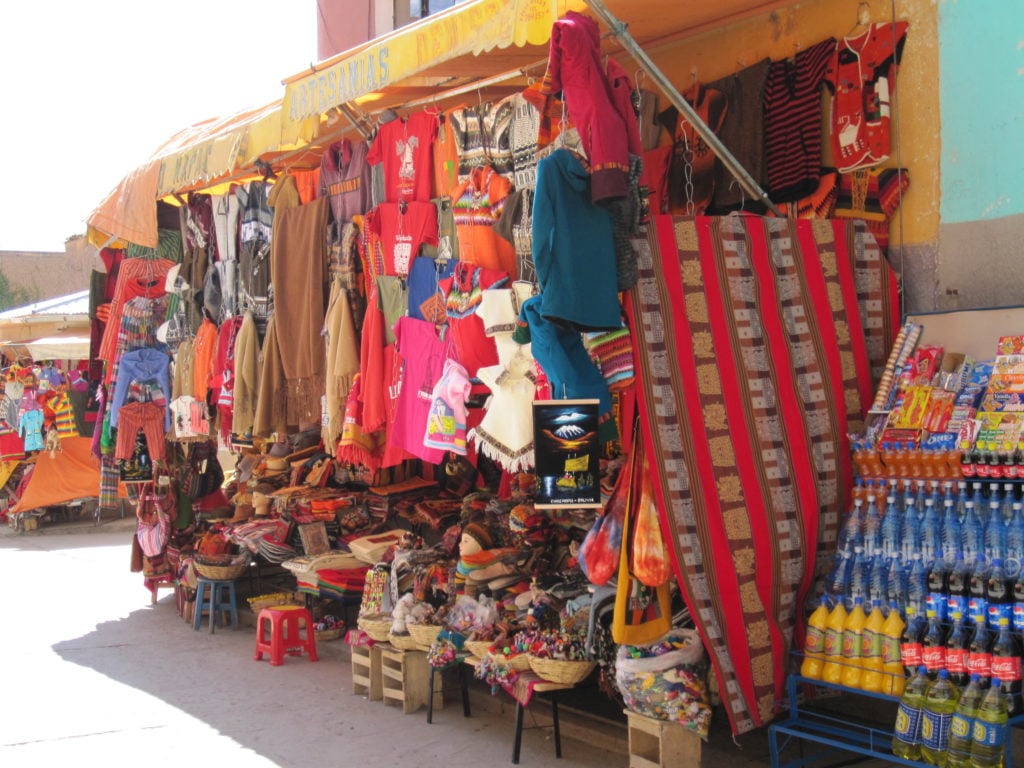 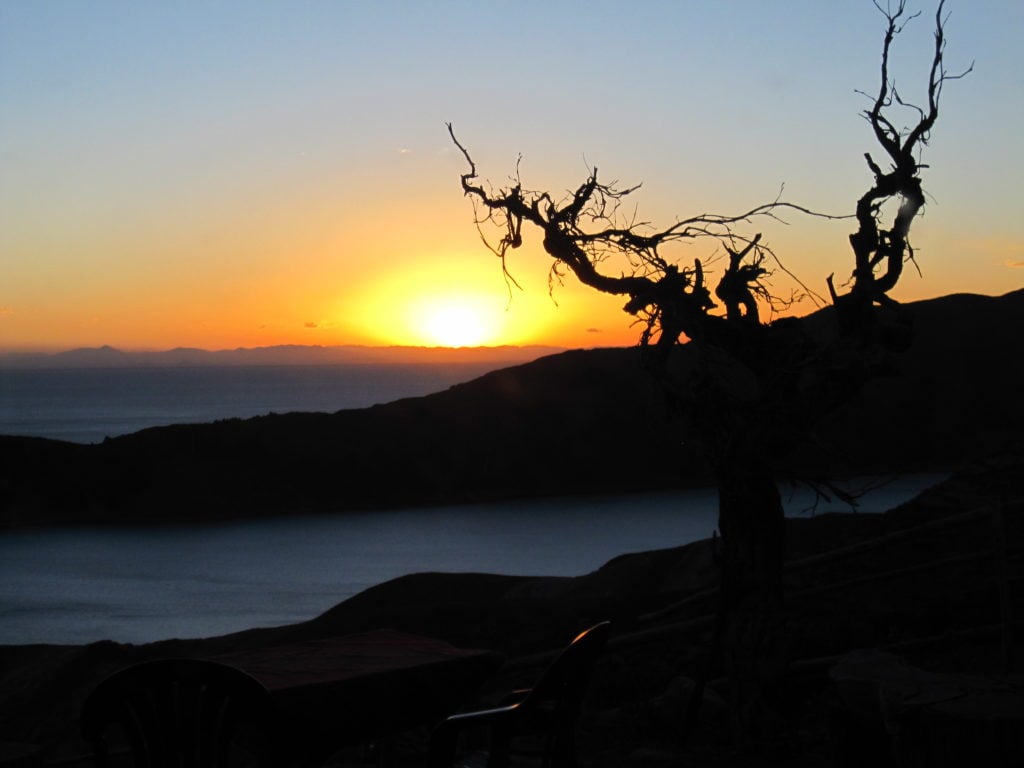 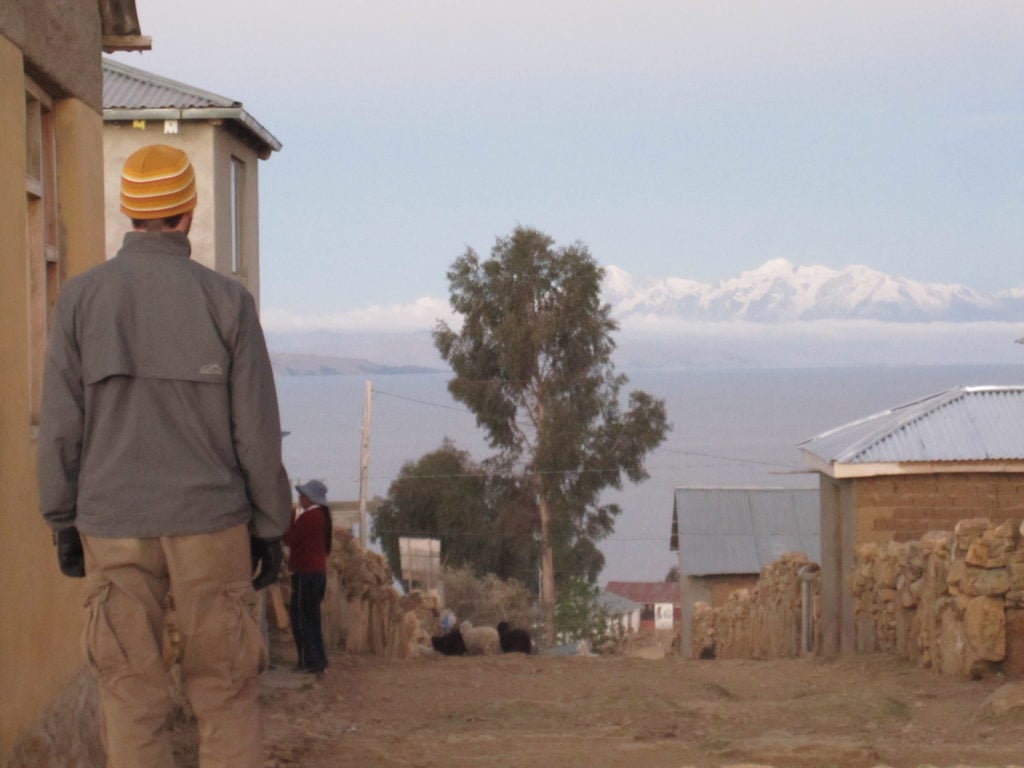 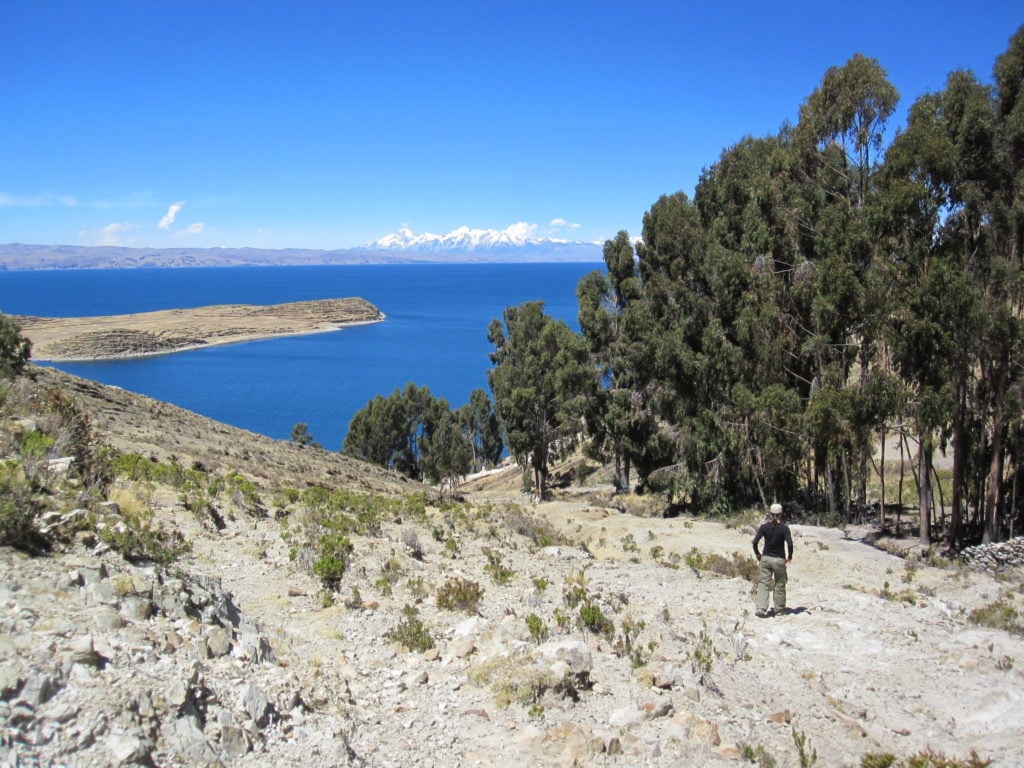 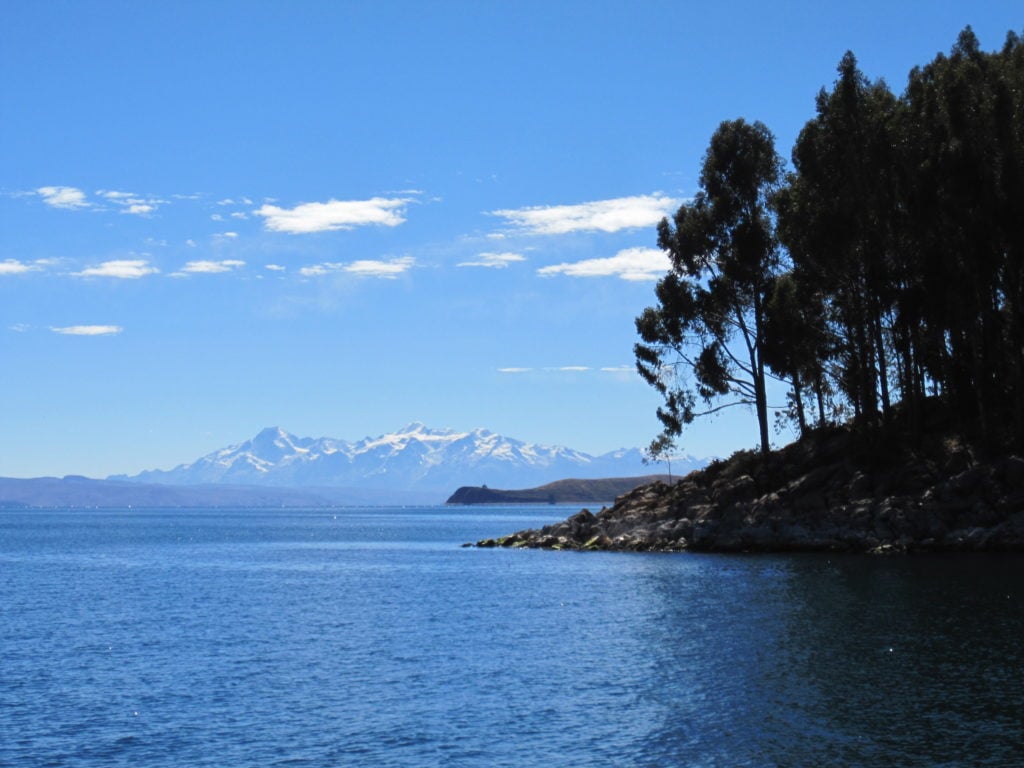 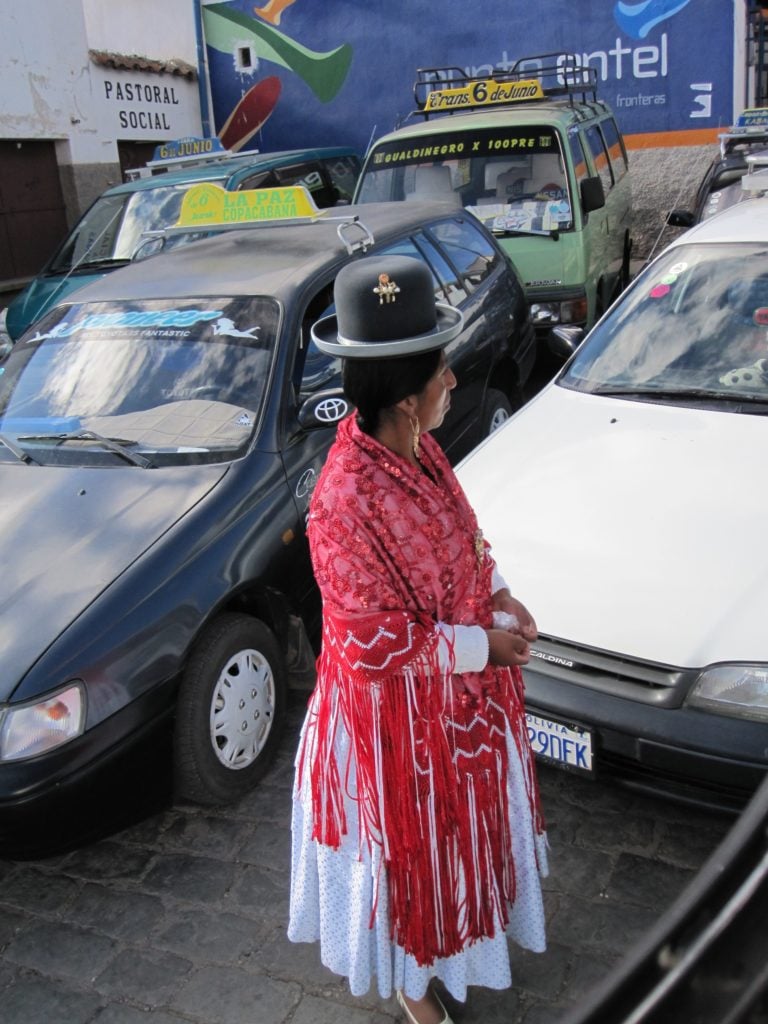 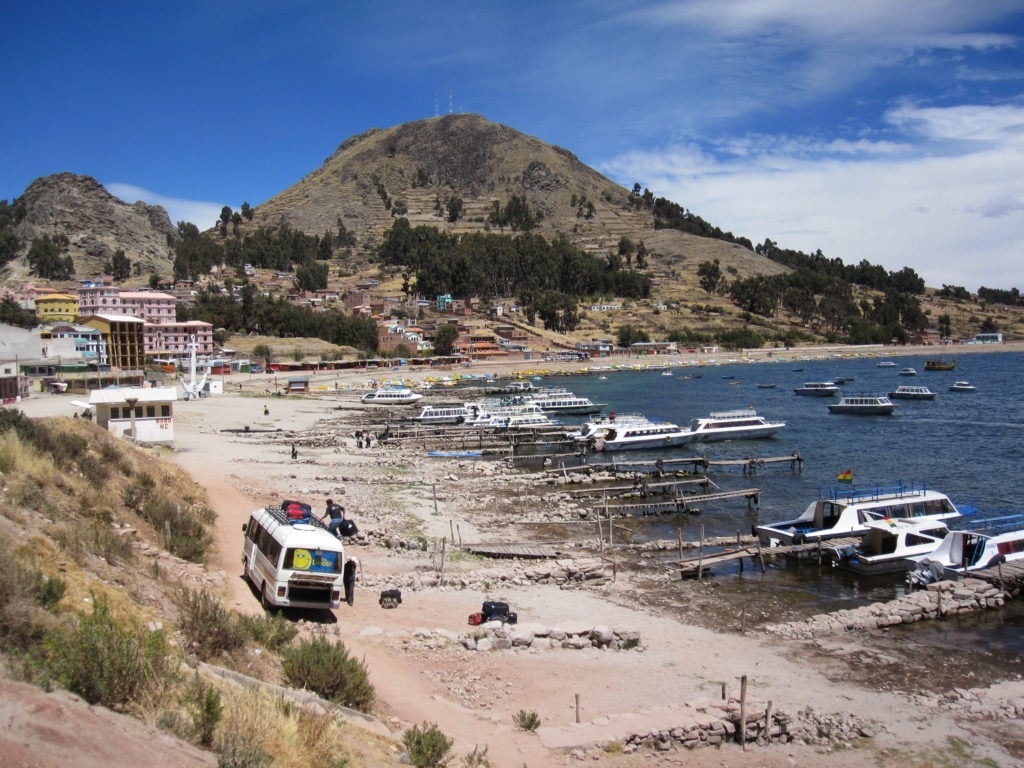