Before we made it to wonderful Cuenca, we face the large crowds of casually outfitted weekenders in Guayaquil strolling leisurely down the malecón, soaking in the atmosphere and the faintly salty smell of the river. The fast flowing water is littered with branches and foliage, messy evidence of watery violence further inland. The modern cleanliness of the malecón contrasts sharply with the wild dirtiness of the water below but is nicely set off by the mixture of palm trees and occasional tepid pools. Restless families amble along, energetic children barely restrained by threats of retribution and withheld sweets, every man-made oddity along the way drawing their attention like moths to a flame, their grubby faces emblazoned with the remains of earlier ice cream and miniscule attention spans. McDonald’s flaunts its prime waterfront position proudly, showing no self-consciousness regarding its prime waterfront position or the stunning consistency of its over-salted fries.

One level down a two-person band gives it their all, striving for a following with acoustical takes on popular hits and the hopeful irony of combining jeans and top hats. Kilometres along, past the Chinese takeouts, the playgrounds teeming with screaming toddlers, the ice cream vendors, the Imax 3D, the impressive form of Cerro Santa Ana rises sharply above the fray, its rows of colourful buildings crawling with tiny figures and shining in the intermittent sun like a filthy ball pit filled with children under the harsh fluorescent lights of Chuck E. Cheese. The whimsically-numbered steps count the way up to the mirador with agonizing slowness, promising a scenic payoff far greater than the tiny church and row of coin-operated tower viewers are prepared to deliver. Off in the distance families of iguanas are surrounded by curious tourists, the unwarranted attention utterly failing to deter them from spending the entire afternoon lounging motionless on the hot pavement, the menacing shadow of the 300 year old church creeping ever closer, threatening their cold-blooded comfort with the passing of every feces-stained paving stone. All too soon, the time comes to part ways with the majesty of this coastal city, the bus terminal comfortably, yet hectically, nestled in the designer bowels of a modern shopping mall, one final Guayaquil ambiguity for the road.

We arrived in Cuenca and were immediately smitten! It was every bit as authentic and colonial as we hoped it would be. Say what you want about the Spanish conquerors, they sure know how to make a kick-ass square. And those giant cathedrals aren’t too shabby, either. It reminded us of Antigua, Guatemala, but with better sidewalks and without the looming volcano, or the world-class McDonald’s. We had heard that Cuenca was a smaller, nicer version of Quito and it sure seems like “they” were right. Even though it has around 500,000 people or something, the old area is much smaller and more manageable. We just loved walking around the cobblestone streets, past the cafés, flower markets and wonderful old buildings. We even passed a store selling fuzzy little chicks! And the river path was peaceful and scenic, absolutely to die for. And who can forget all the graffiti showing brown guys with Monte Cristo hats and big mustaches – awesome!

Our hotel was simply fabulous, too. Full of all sorts of interesting decorations, it was crazy busy at lunch when it filled up with locals on their lunch break coming in to enjoy the ridiculously cheap lunch special. Then, of course, we took the city bus tour, sitting up top for all the best views. We had to keep ducking to avoid the power lines, but it was worth it to get a chance to wave at all the locals. You could tell it just made their day! And when I climbed the hill at the viewpoint and found out there weren’t any extra views, just some weird smelly shacks, I was a little disappointed at first, but then I went partially behind a bush to take a leak, so it all worked out for the best!

Then we went out to Cajas National Park, a long taxi ride waaay up into the mountains where the air was super-thin (we were panting like a dog in the park, ha ha). But the scenery was, of course, amazing! And it only rained a little bit. Lunch was really authentic – fish and rice, and served really cold, which I think is the original method. Tasted really gross, and the hot chocolate tasted like lukewarm dishwater, but sooo traditional! Loved it. Just loved it.

Baños – a great place to spend the weekend away from the city, and to check out a bunch of waterfalls, an adventure sports hub and more hot springs and healing thermal baths than you can shake a pruned thigh at. Lots of rain, too, so they say, but hell, who cares about a little rain when you’re tearing it up in a rad buggy with roll bars and big tires? All the kids can talk about are the horses, always with the horses, can I ride the horses, can we pet the horses? Listen, brats, you don’t work your ass off all week just for the chance to get away for a couple days and have a little fun, do you? No, didn’t think so. So, how about you just pipe down for a bit while daddy flies across this canyon strapped to a thin metal cable pretending he’s Superman, huh? Then go play for a while, those kids over there don’t look as dirty as some, play with them, mommy and daddy have got some grown-up drinks to take care of.

If you’re good, and quit bugging me, maybe later you can get your picture taken with the weird old guy in the plaza dressed like it’s 500 years ago, or maybe we’ll take you for a ride on that funny little train, the green one with the dumb music, you know, the one that looks like a bunch of turtles all joined together for some reason. Now scram while daddy finishes his giant steak. This thing is massive, I have to be careful I don’t fill up so much that I can’t drink more beer. Maybe we need to do some more hiking, work up an appetite. Not that bullshit muddy path we tried to follow yesterday, though, nothing but dogs, and farmers, and goat shit. Nice view of the valley, sure, but seriously, would a few signs have killed them? Or maybe someone selling shots every now and then? Damn it, what good is a party town if you’re not selling booze everywhere? Oh, wait, there’s some now, daddy’s gotta go.

We hadn’t planned to go to Tena originally, but we changed our mind because of the weather. At first we were going to stay in the Highlands, you know, to go hiking and stuff, but it just kept raining so much and all, and it was so cold all the time, we just wanted to go somewhere warm. I like to wear shorts as much as I can. Our guidebook said that Tena was at a lower “altitude” so it was warmer. So we went to the bus station and asked about buses to Tena and the guy said sure, there are lots. So the next day we went down and took the bus to Tena.

The hotel we stayed at in Tena was really nice, our room had a balcony right over top of the river. We could look right down to the water. It was pretty neat. When it rained the water got faster and browner, which was good for the worker guys, cuz they liked to throw stuff in the river, like wood and cement and garbage and stuff. It really made them smile. We had a TV in our room, too, but all the channels were in Spanish so I didn’t understand very much. There was one commercial, though, for a website that teaches English, and it pretended it was a real sexy commercial for cologne, but the cologne was called OpenEnglish.com, so that’s how we knew it wasn’t a real cologne. The guy was trying to be all sexy but he couldn’t say “persuasion” right so the really hot girl corrects him, and sort of laughs at him, which I think was the point. That he should be practicing his English on their website. So he can get laid more and stuff.

There were hardly any other tourists in Tena, I think it’s one of those, like, “authentic” kind of places. And you could tell it was authentic because of all the places that cut hair for, like, a dollar, and all the teenagers who were always hanging out down by the river smoking and necking and smashing beer bottles. It looked pretty fun, and not touristy at all. And there was this awesome tower on an island in the middle of the river, with a cool spiral staircase, and an elevator, but the elevator didn’t work, so we had to walk up, but you could see our hotel from the top. Well, you could see our hotel from the bottom, too, but you could see it better from the top. The same little island had a neat park, called Parque Amazonico, which someone said means Amazon Park in English, and it had paths you could walk on, through the jungle and everything, and there was lots of mud, and trees, and even a couple turtles, and this big crocodile that we thought maybe was fake, cuz it wasn’t moving at all, and it kind of looked plasticky, so we left and went walking for  a while, on the paths and all, then when we came back later it was still there, in exactly the same spot, but then we looked really close and we could see its throat moving a little bit, not much, but a little so, yeah, it was real after all. I liked its eyes best of all.

But my favourite thing was how all the restaurants brought a bowl of popcorn before your meal, for free. Not just one or two, but all of them! Well, all but a couple. But still. It was awesome. Sometimes it made it harder to finish what we ordered, though. But I wasn’t complaining. No way. One day I asked to buy some popcorn to take with me and the old lady, she seemed confused, but she asked someone in the back, someone younger, and they sent her out with two whole bags. First she said fifty cents. Then she said a dollar. She didn’t seem to know but that was okay, I paid the dollar anyway, because it was a lot of popcorn. It was really good. 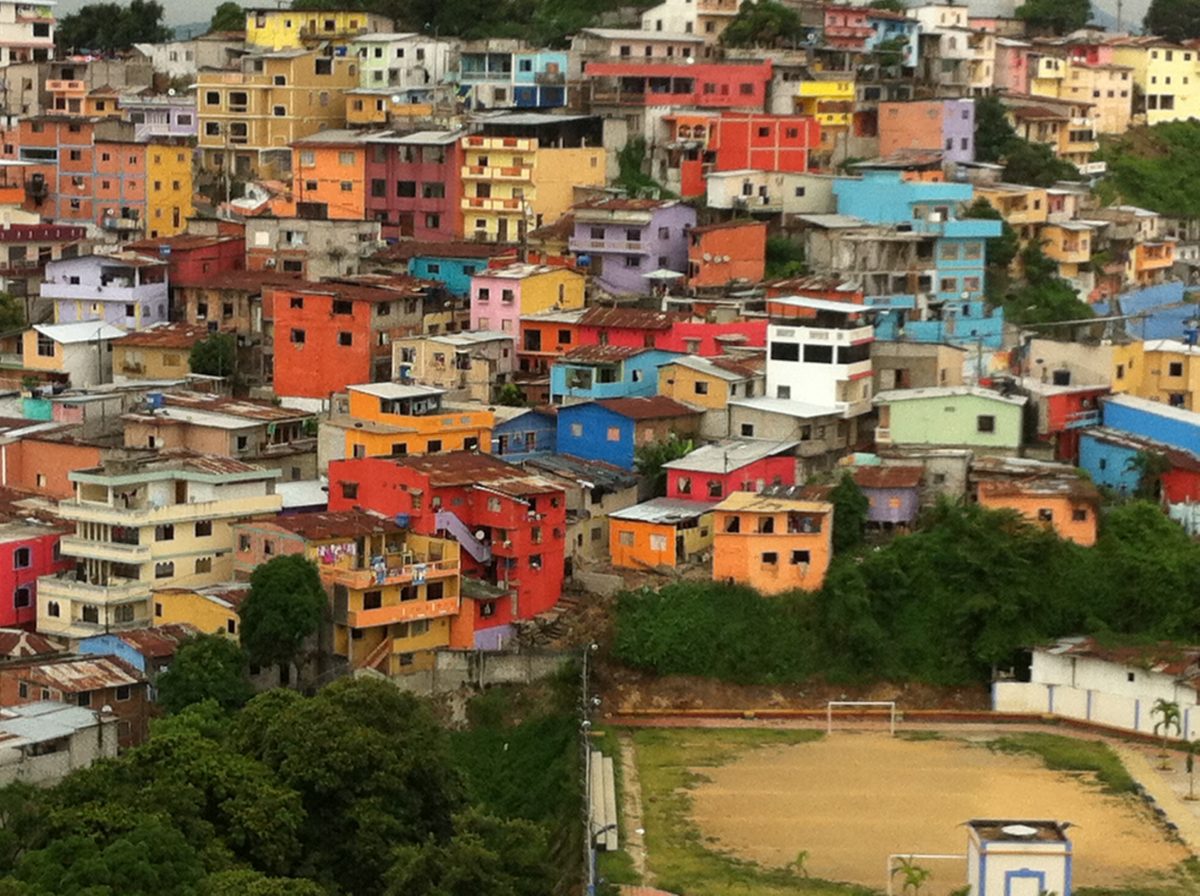 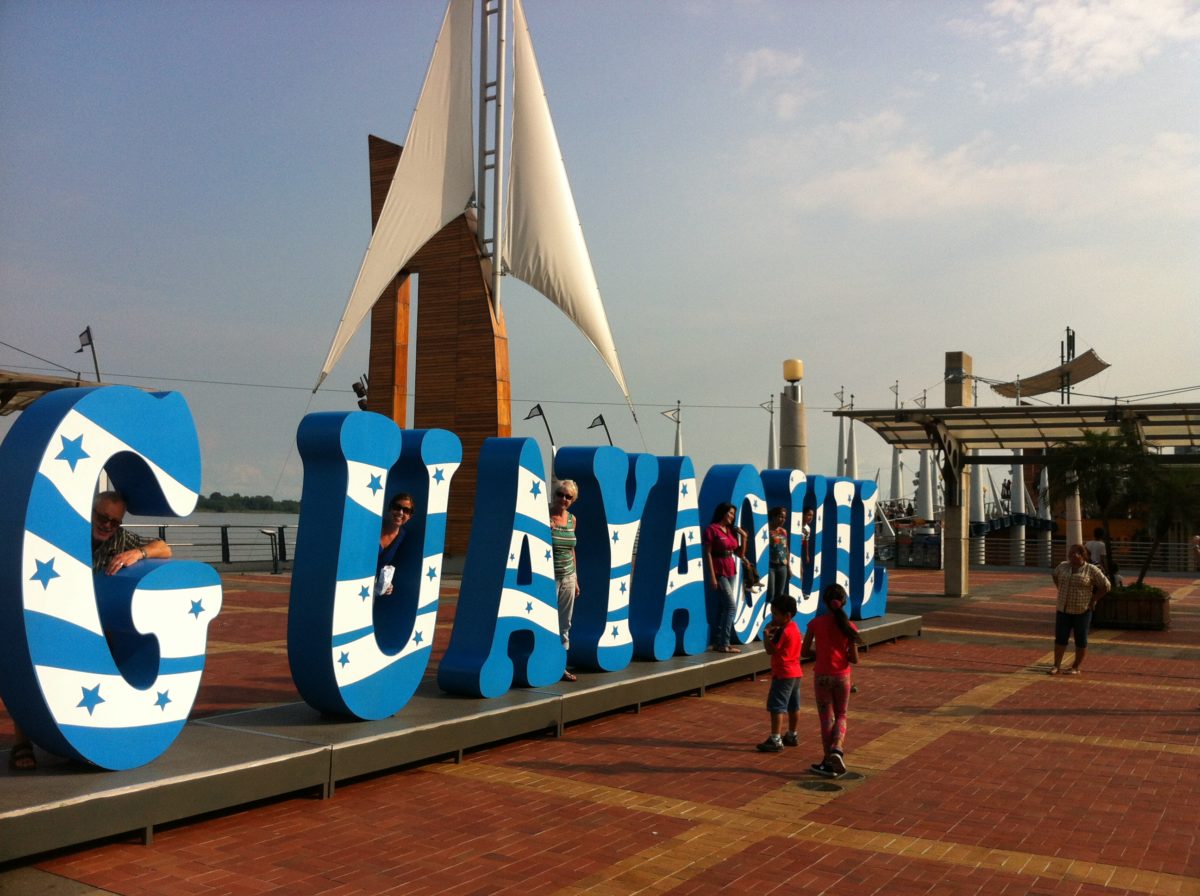 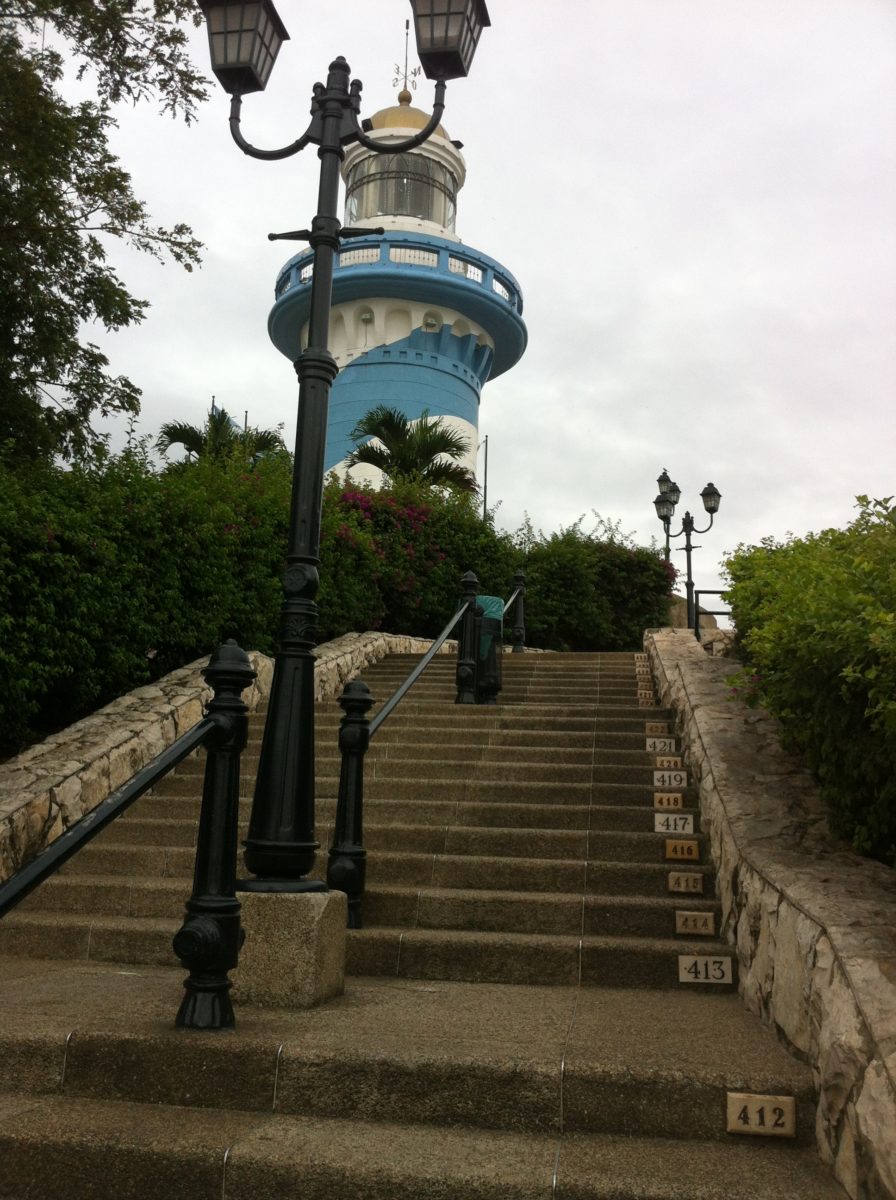 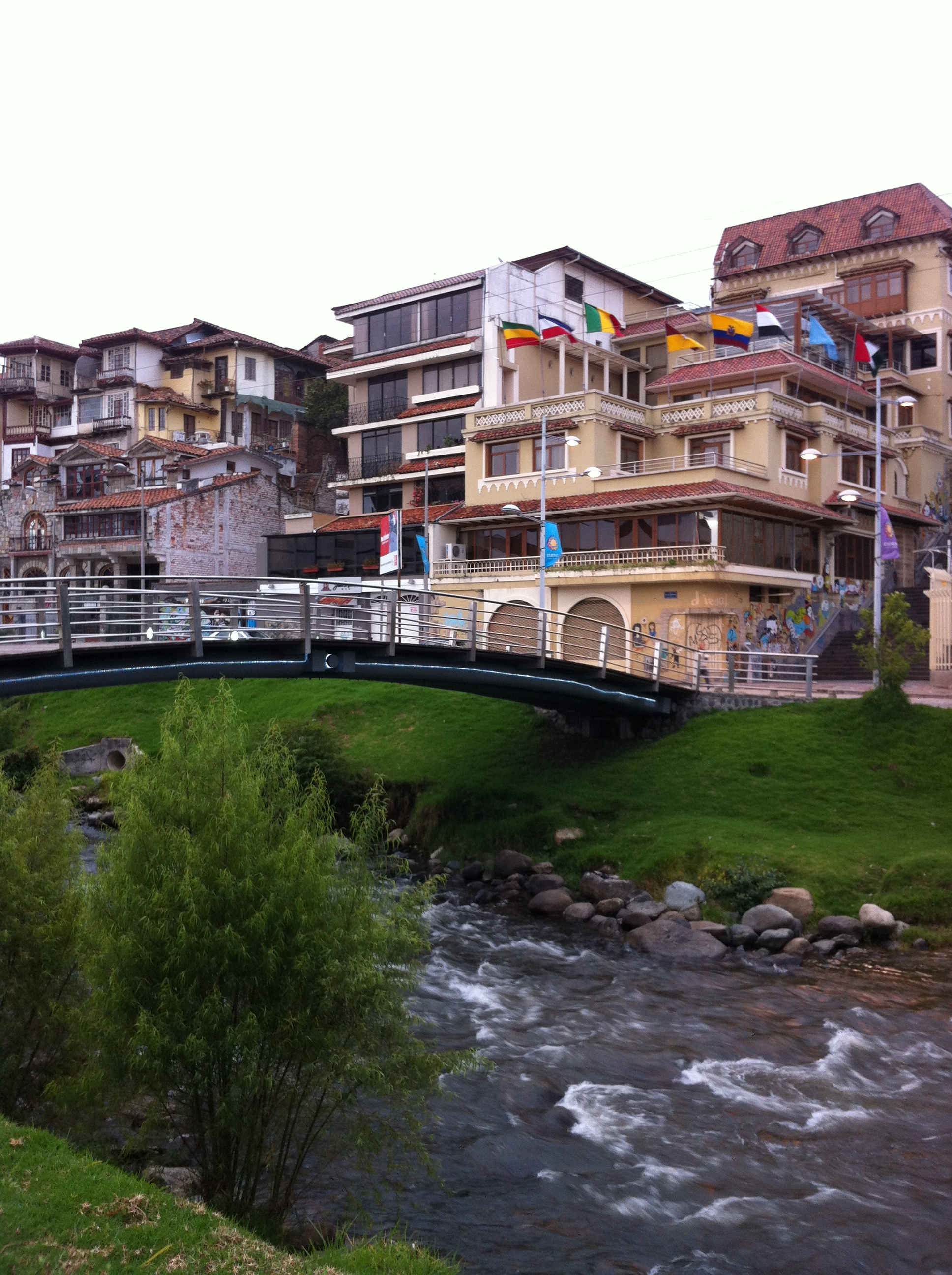 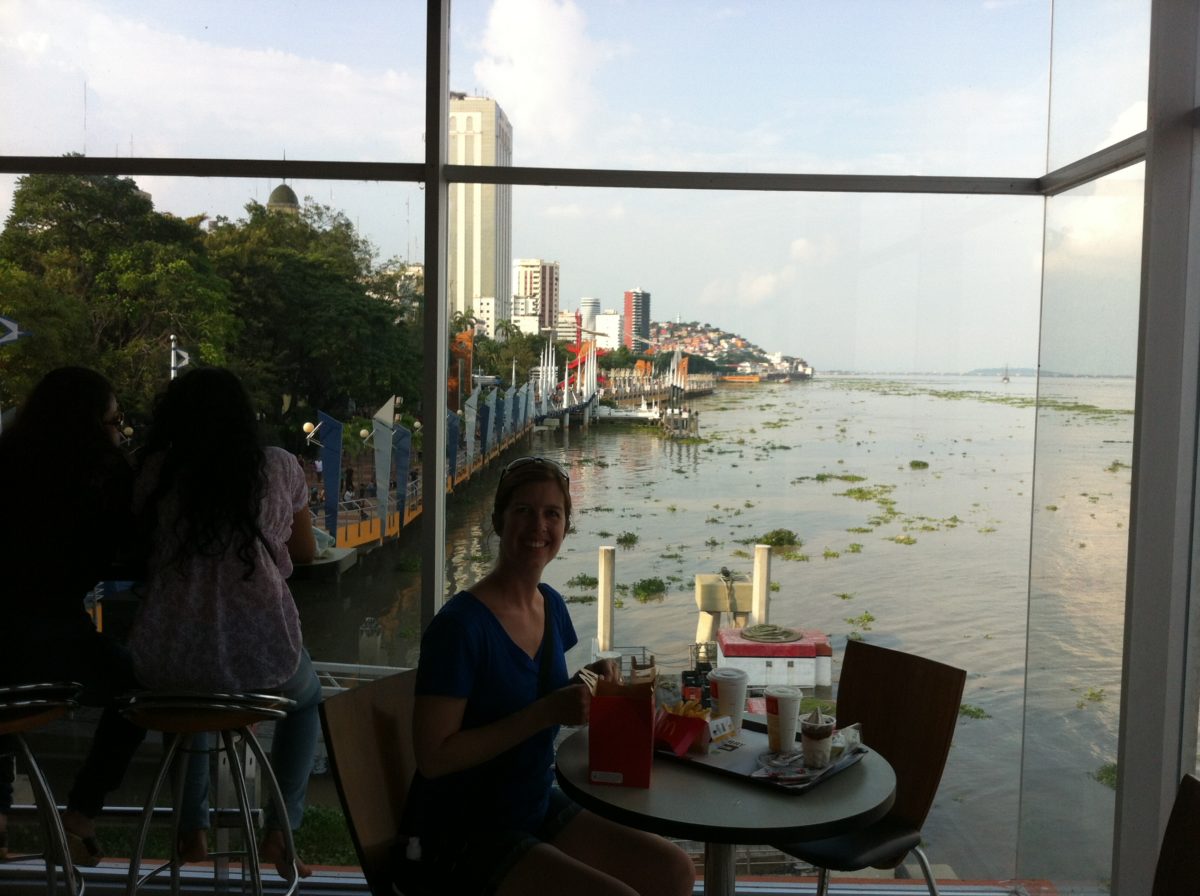 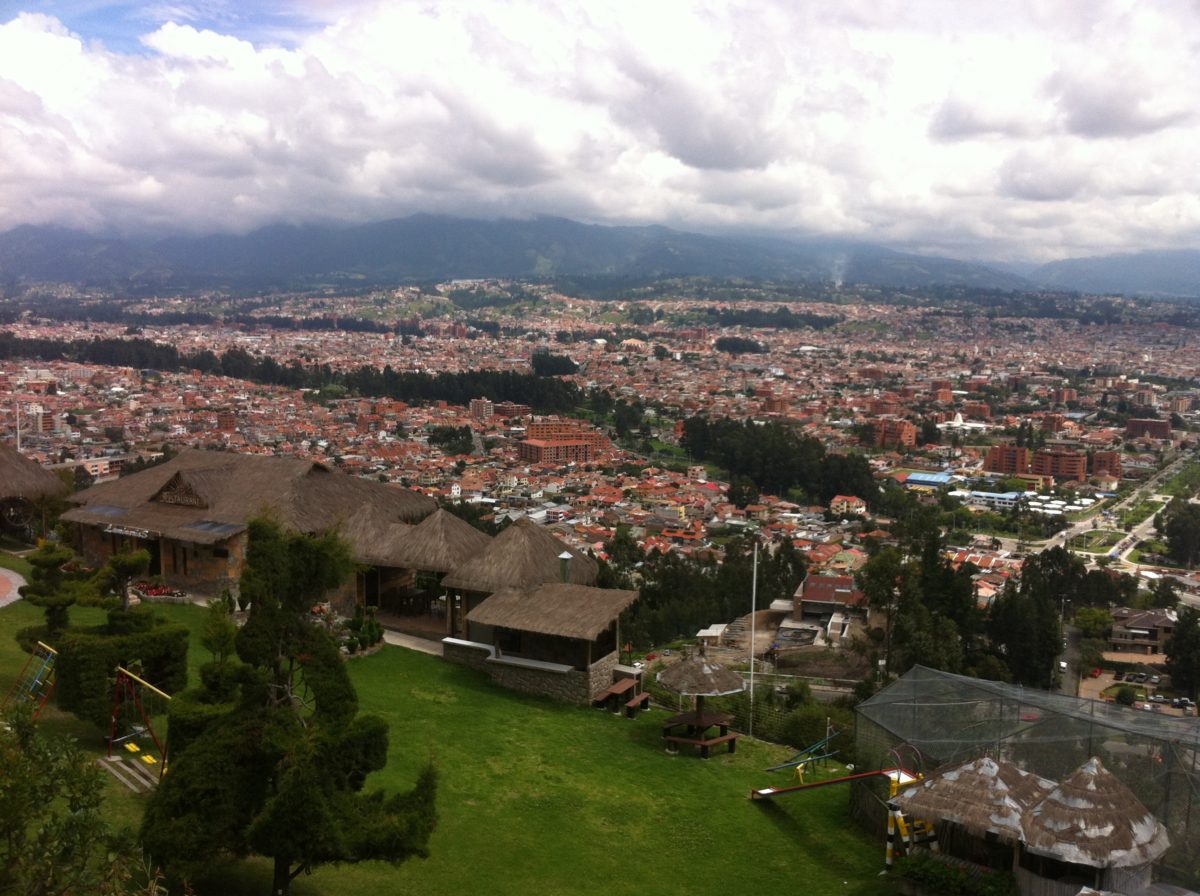 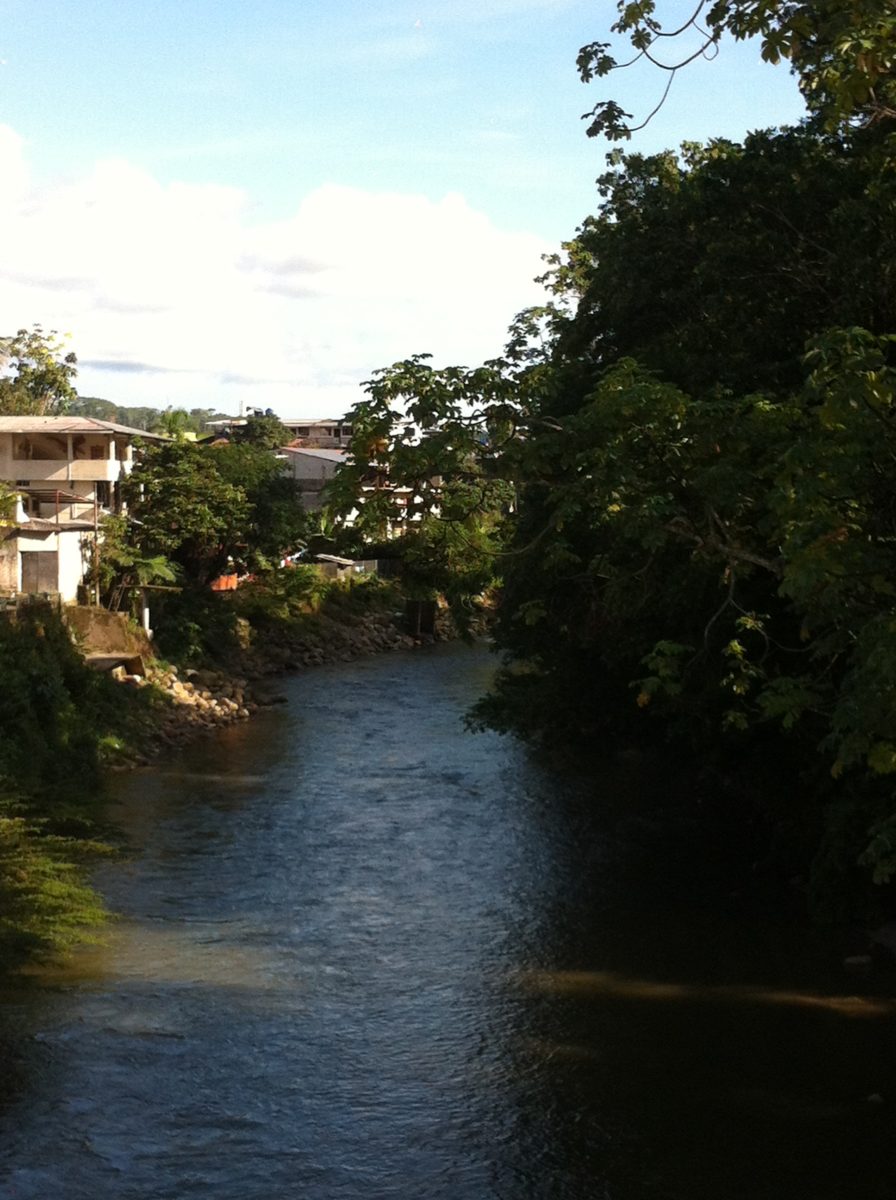 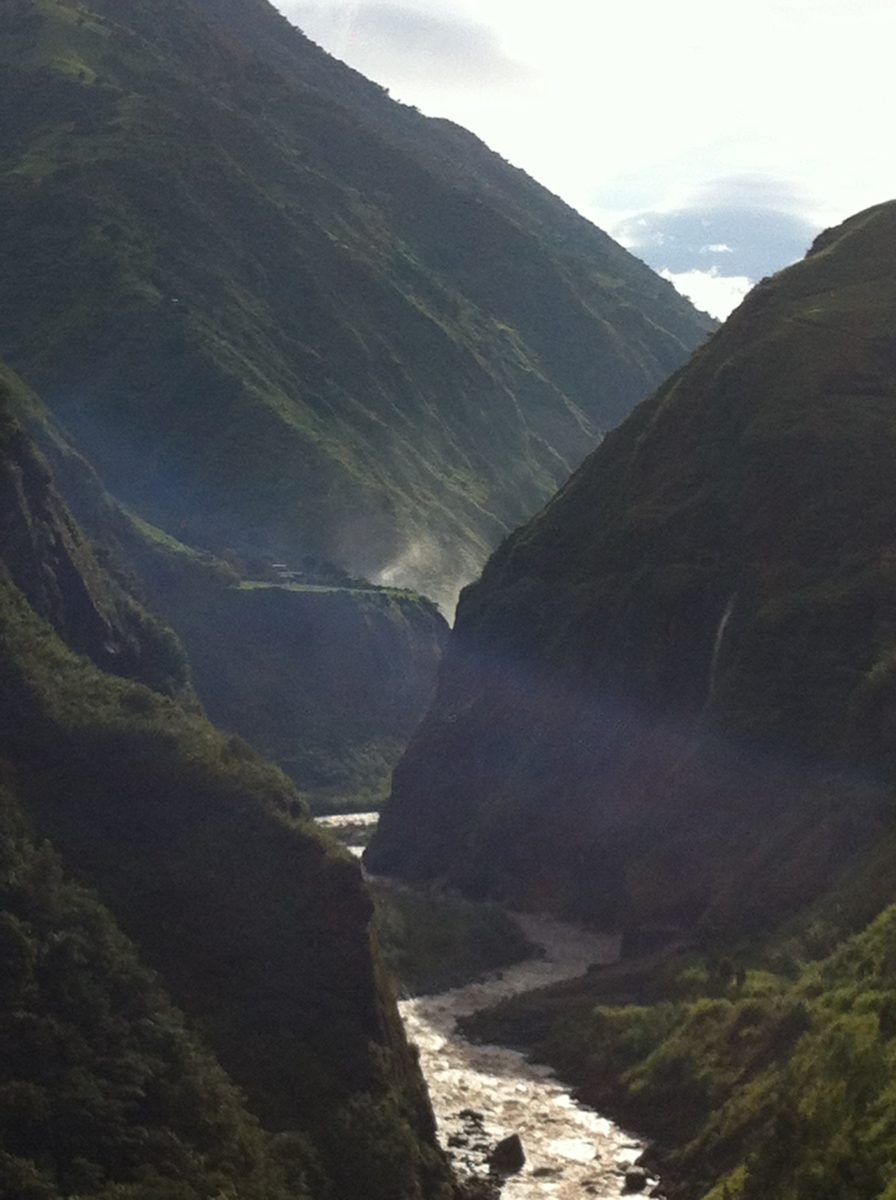 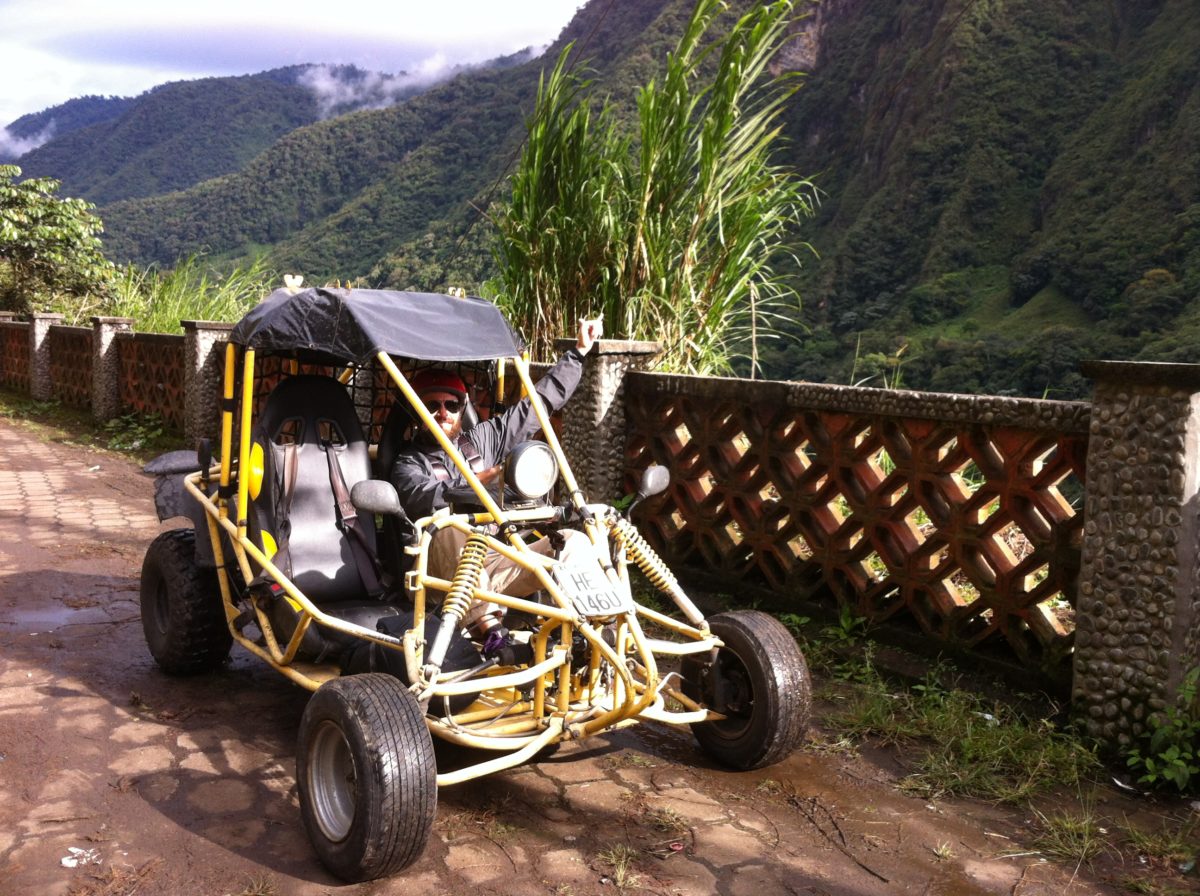 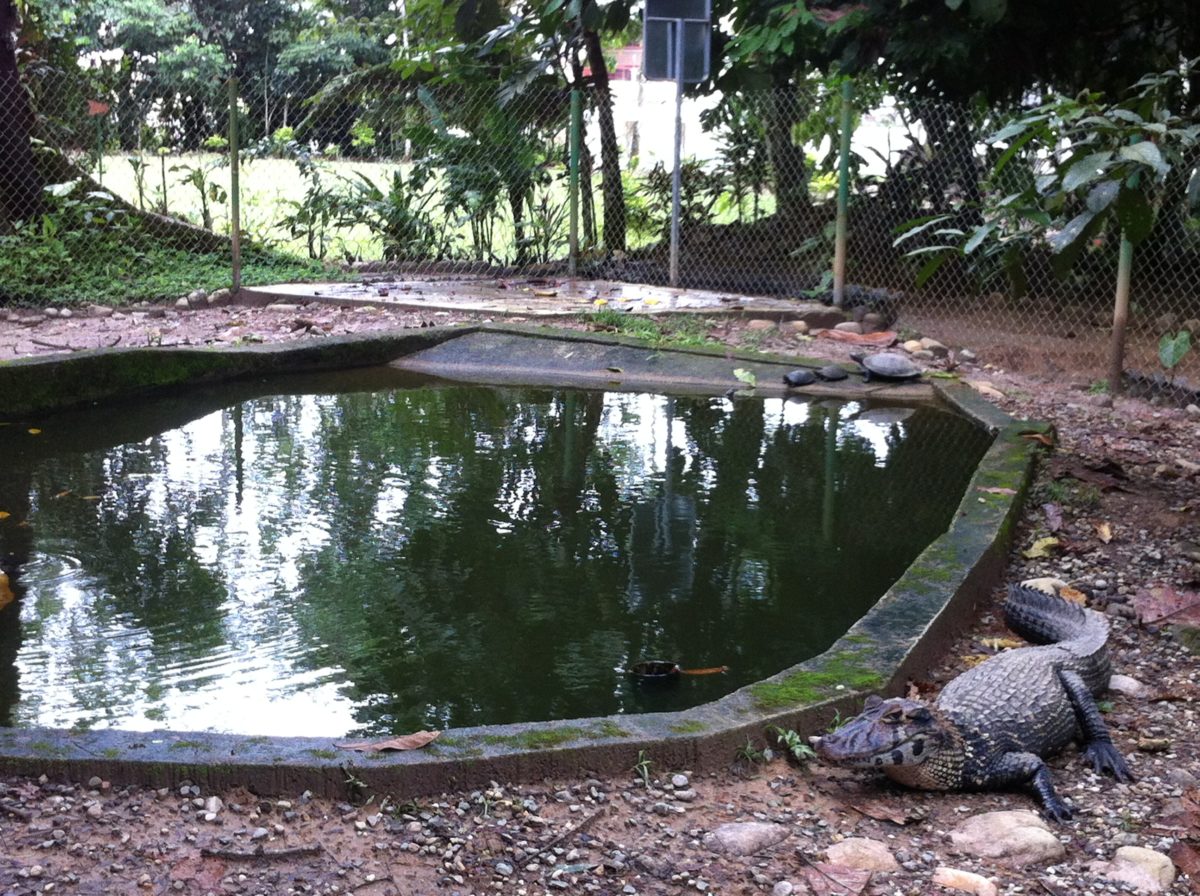 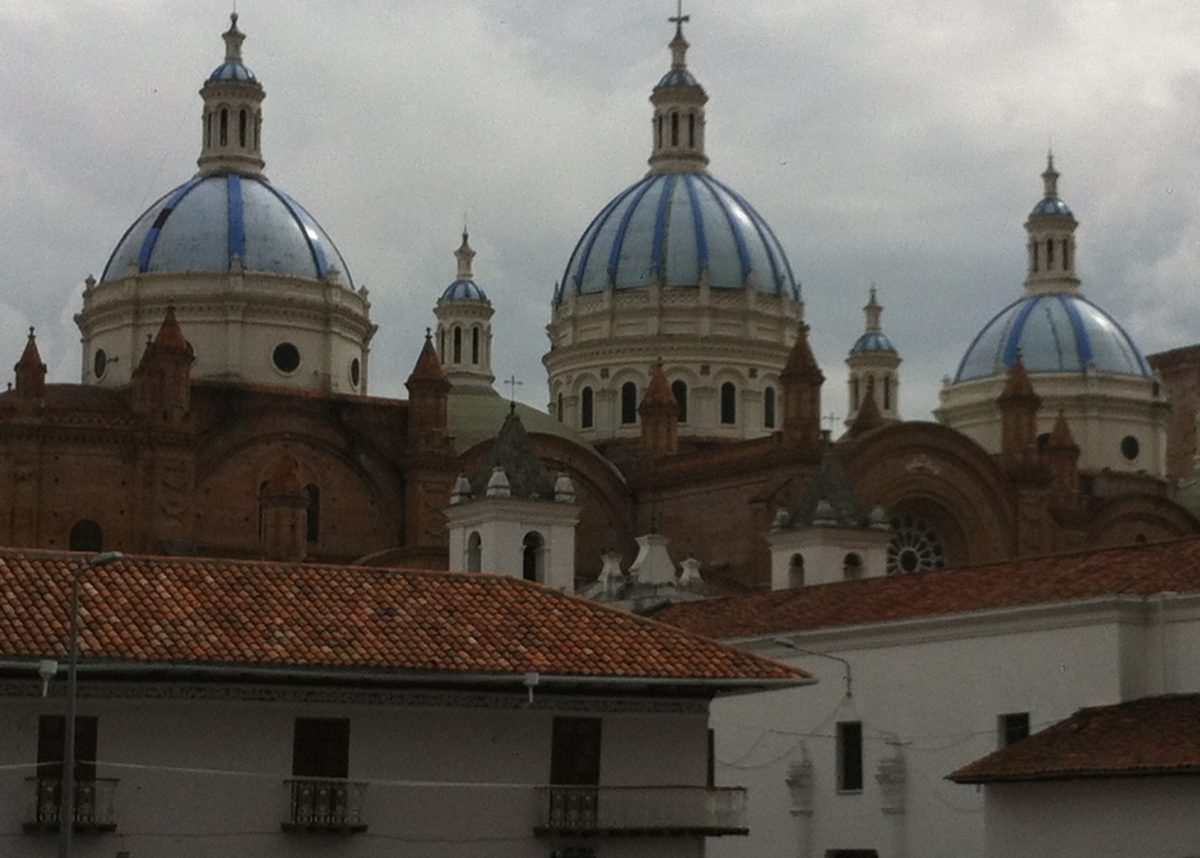 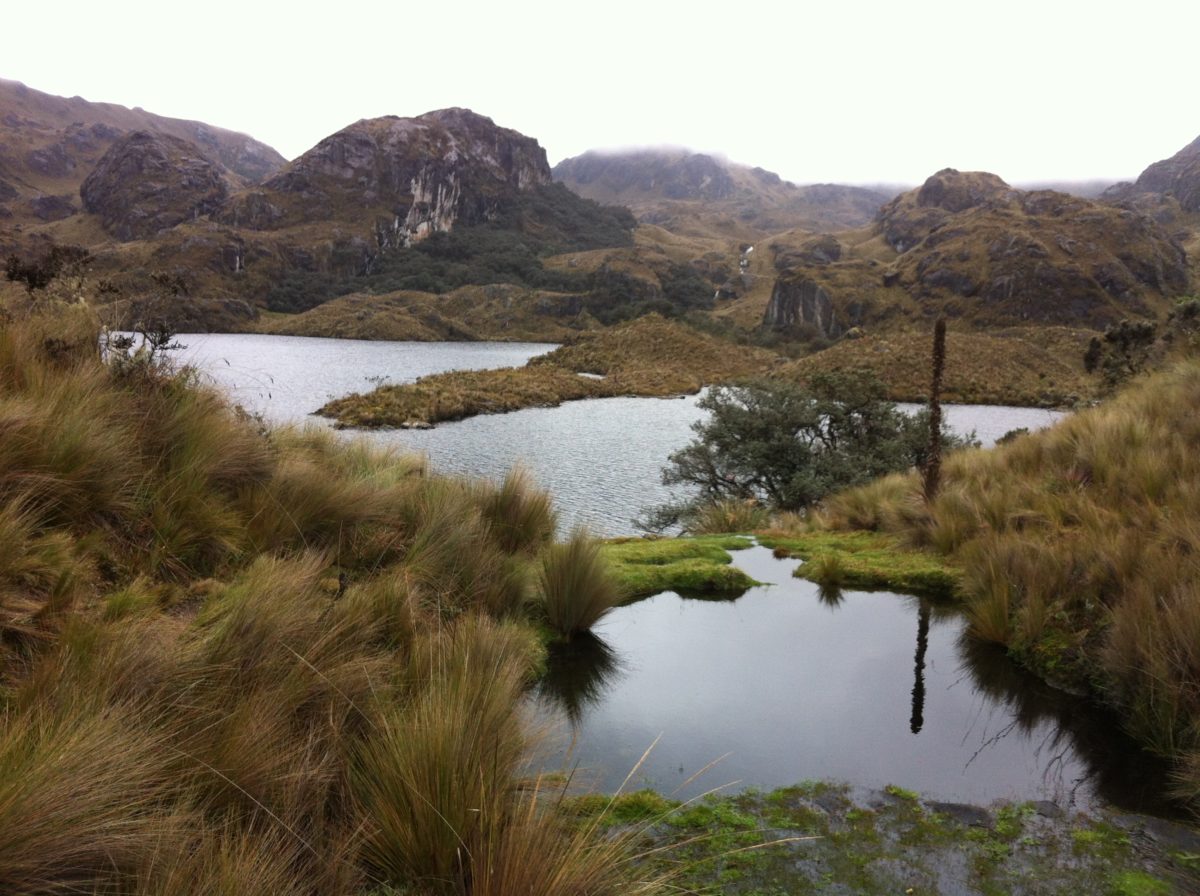 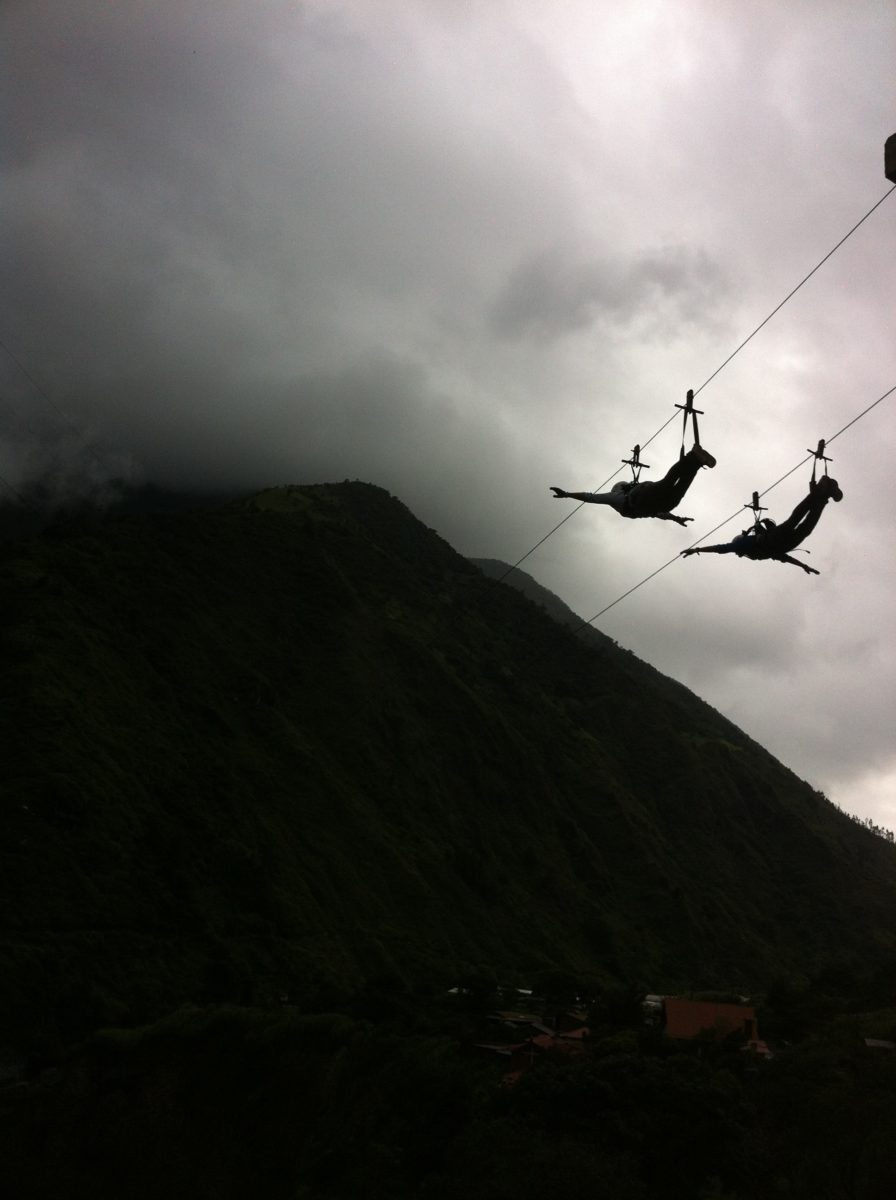 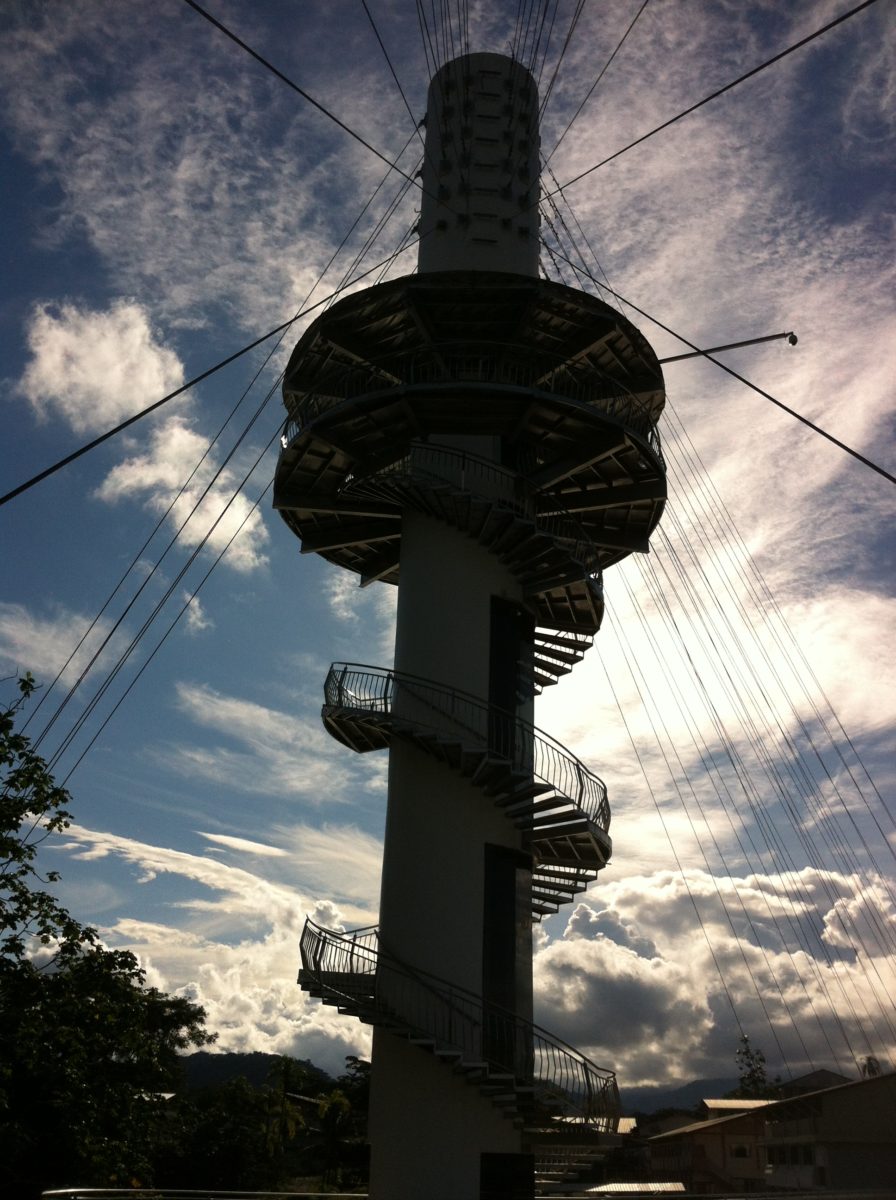 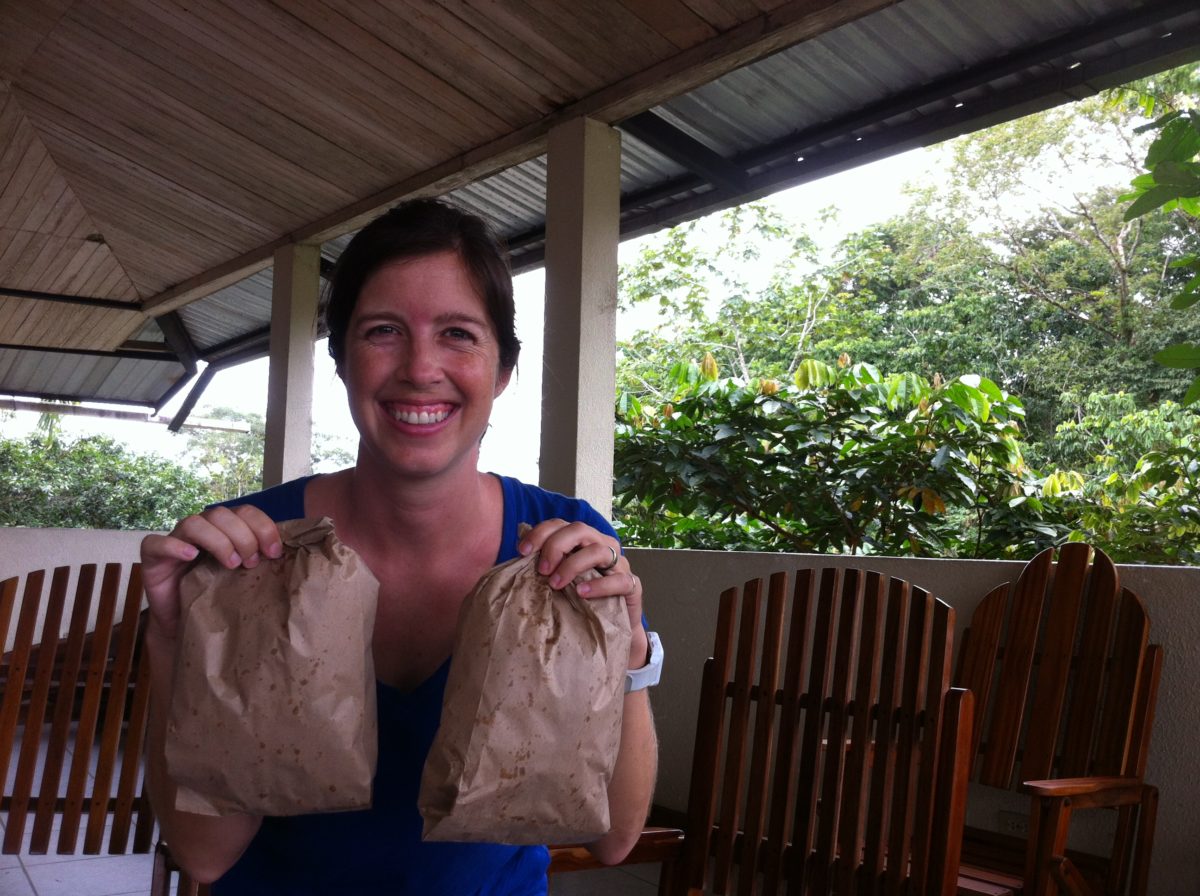 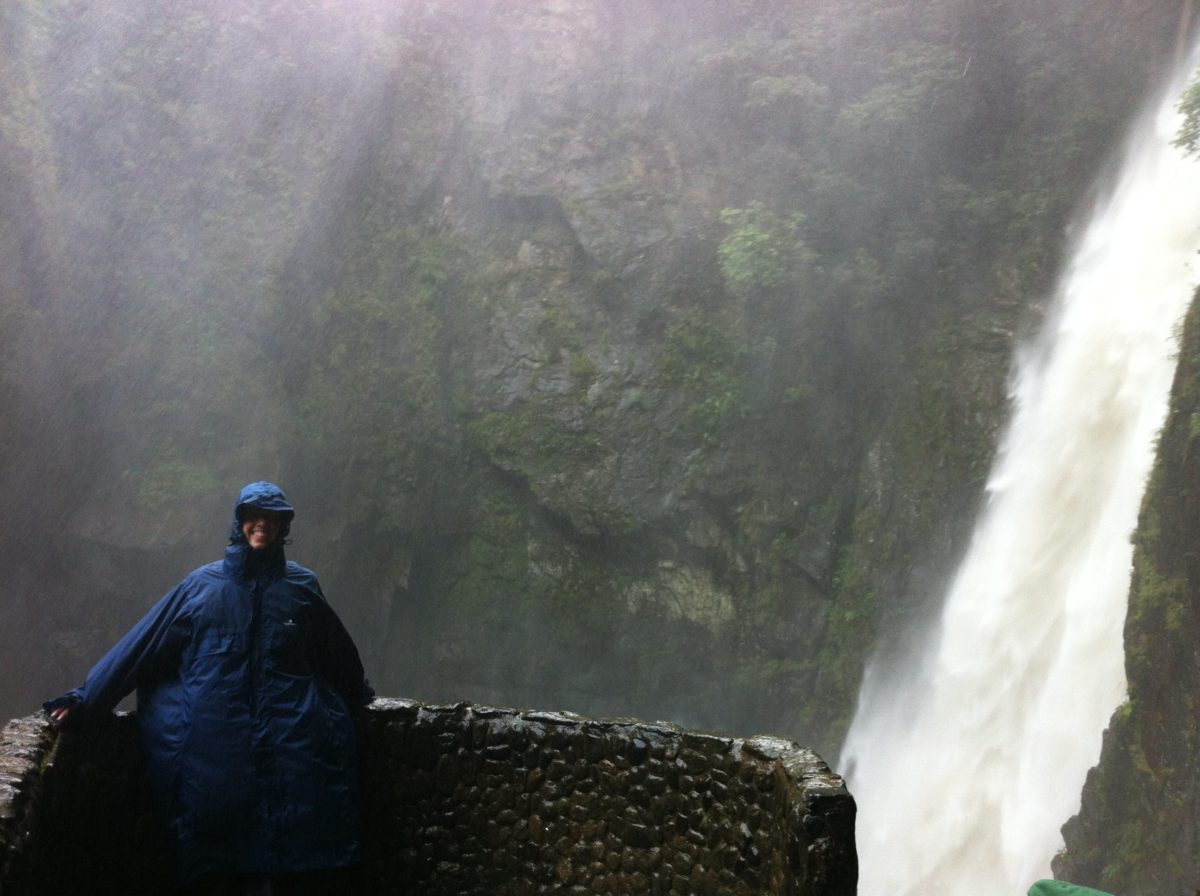