After enduring a technically successful, yet fairly torturous, journey that started in Puerto Natales in southern Chile and ended halfway up the Atlantic Coast of Argentina that included three separate buses and a total travel time of about 28 hours we found ourselves in the fairly large, modern city of Puerto Madryn. It is one of several in this general area that has a strong Welsh history. Am I the only one who finds it strange that the tiny country of Wales, famous mainly for a piece of coal that looks like Kate Moss, has factored more prominently on this trip than “and then we realized we didn’t have any toilet paper”-stories? My apologies.

Puerto Madryn’s claim to tourist fame, other than watching Welsh rugby and leaning into the wind, is undoubtedly the large number of surprisingly accessible ocean mammals that congregate along the shores of nearby Peninsula Valdes. Depending on the time of year it is possible to see right whales, orcas, dolphins, penguins, elephant seals, sea lions (I’ve been assured they’re not the same thing) and, occasionally, elderly Brazilians, who can actually be quite photogenic as long as you avoid using the zoom, the flash or anything with the potential to start a hairspray fire.

“No, I didn’t read anything about this place, I thought youdid” – as a result, we end up opting for the standard day loop of the main highlights. First stop was whale watching in Puerto Piramides where several mini-buses disgorged their eager passengers where we were all squeezed into one size fits all life-vests (or life-bodywarmers for the British in the crowd) before trundling down to the beach like an army of keen orange cheerios. Mercifully we were split between two boats, which allowed just enough room for everyone on board to flow from side to side with brazen disregard for the rules about noise or other passengers, reminiscent of a bunch of 6 year olds playing hockey, if you swapped sticks and youthful enthusiasm for large cameras and blood pressure medication. After a mediocre start where we peered at some strangely mottled whale backs from a fair distance things eventually began to pick up steam and the whole experience turned out to be pretty impressive. Apparently the whales come to this shallow bay to have their babies and look after them until they are old enough to take out to face the myriad dangers of the ocean such as sharks, storms and rebellious young whales that will inevitably try to convince them it’s cool to snort kelp and shotgun greasy sea cucumbers.  Which meant that nearly all the whales were in mom and tot pairings. The babies, which already weigh around 2 tons when they are born (so much for those watermelon comparisons, huh?) seem to actually enjoy having the boats around, often coming in for closer looks, passing underneath us and occasionally breaking the surface in a semi-jump, called “breaching” where they get…ever… so close to actually getting air….but don’t quite make it, much like Laynni when she decides to frolic in our photos. The adult whales average around 40 feet long and 27 tons but, as you probably know, new mothers can sometime be a bit sensitive about their weight so we were careful to avoid the subject and focus on more popular topics like “glowing” and “mat leave”.

After the whales we were left the bay and headed off to the shores of the ocean itself where long rows of female elephant seals lie spread out over miles of rocky beach looking, from above, like somebody had emptied a giant tin of sardines. Apparently we had not picked the best time to visit as all the males, the ones with the huge heads and elephant-type trunks that give them their name, had finished doing their manly duties (i.e. Giving them “the business”) and had gone back out to sea where they will feed, drink beer with their friends and watch football. Meanwhile, the abandoned females lay motionless with their pale bellies exposed obscenely like it was January in Cancun. Just when we started to wonder if they, too, had all been struck down by a horrible reaction to the combination of sunscreen and Mexican beer, one of them would briefly erupt in a short but frantic flurry of activity, either feebly flinging some cool sand onto themselves or awkwardly flopping their way down in the general direction of the water. This exercise usually consisted of two or three quick and clumsy thrusts of their pelvis against the rocks propelling themselves only marginally closer to the promised land before collapsing for a gasping, heaving rest. It’s the shameless comparison that I like.

After watching them for awhile and realizing that I was actually bored enough to be looking forward to more clumsy flopping I got to thinking about what our guide told us about Orca whales sometimes coming in to the beach to attack the baby seals and sea lions. At which point I came to the startling realization that while baby seals are undeniably cute, there was a small part of me that wouldn’t be totally against watching as a few were brutally murdered by a vicious predator. Oh sure, like you wouldn’t sneak a peek.

After that…the penguins! Ah, the penguins, everybody’s favourite ungainly flightless bird. And don’t even start with that ostrich talk – you have to be a bit wary of any bird with the long hairy legs and thenthinly-veiled potential for violence of a female gym teacher. Anyway, once again we chose a poor time to visit since most of the adults were underground nurturing (tending? babysitting? blowing on?) the eggs. There were still a couple dozen out and about, however, and they were just what you’d expect, as cute and adorable as a Rider fan in the few glorious moments after they open up a big lead and just before they suddenly remember that the bigger the lead the more crushing the defeat. Even the sad character with slimy green feces all over his chest had a certain charm. You could tell he was horrified, and couldn’t believe this had happened just as the tourists showed up. You just had to feel sorry for him as he gazed down at his soiled chest in shame, clearly dismayed by his inability to take matters into his own hands, so to speak, thanks to his bizarrely short Matthew McConaughey limbs (seriously, Google it).

Shortly after that we came to realize that a penguin could do pretty much anything and still be considered adorable, as we found ourselves oohing and aahing over a particularly eager young fellow as he did his ungainly, thrusting best to have a little “sexy time” with a frightened and fleeing partner of indeterminate sex. You have to admit that there are very few creatures – be they bird, dog, man or Clay Aiken – that can make attempted rape fun.

On that note, next up I’ll describe our short foray into Uruguay which, contrary to what Mike would have you believe, is not a clever and subtle shot at your masculinity but in fact a small nation caught in a dramatic love triangle with two large aggressive and countries, most likely sporting long hair flowing in the wind and torn silk shirts. Indelibly drawn to slick Brazil with its quaint slums and thong bikinis, why can’t it stop thinking about Argentina’s seductively rugged cowboys and impressive beef? Will her true feelings emerge to pave the way for a joyous resolution or will her ambiguous desires destroy them all? And why is Paraguay always lurking by the bathroom window?

These answers and more, next week.

Puerto Madryn, Argentina – A young Australian couple expressed bitterness Thursday over the poor performance of Puerto Piramides’ seasonal whale population. As part of an all day tour of Peninsula Valdes that included whale watching and several other wildlife stops they were extremely disillusioned with the lack of professionalism and showmanship demonstrated by the whales.

“I can see making a mistake, like losing your line a bit at the top or not nailing the entry, maybe. But to not even make the effort, it’s disgraceful. We don’t have time to wait around for them while they piss around – swimming, and diving and what have you. And feeding their young! Gimme a break. I reckon they could do that on your own time, right?”

Bystanders noticed that they missed some excellent photo opportunities while berating the ship’s crew for not inciting a more impressive display, however, cheerfully disregarded the no jumping rule and seemed quite pleased to find time to push some old people out of the way. 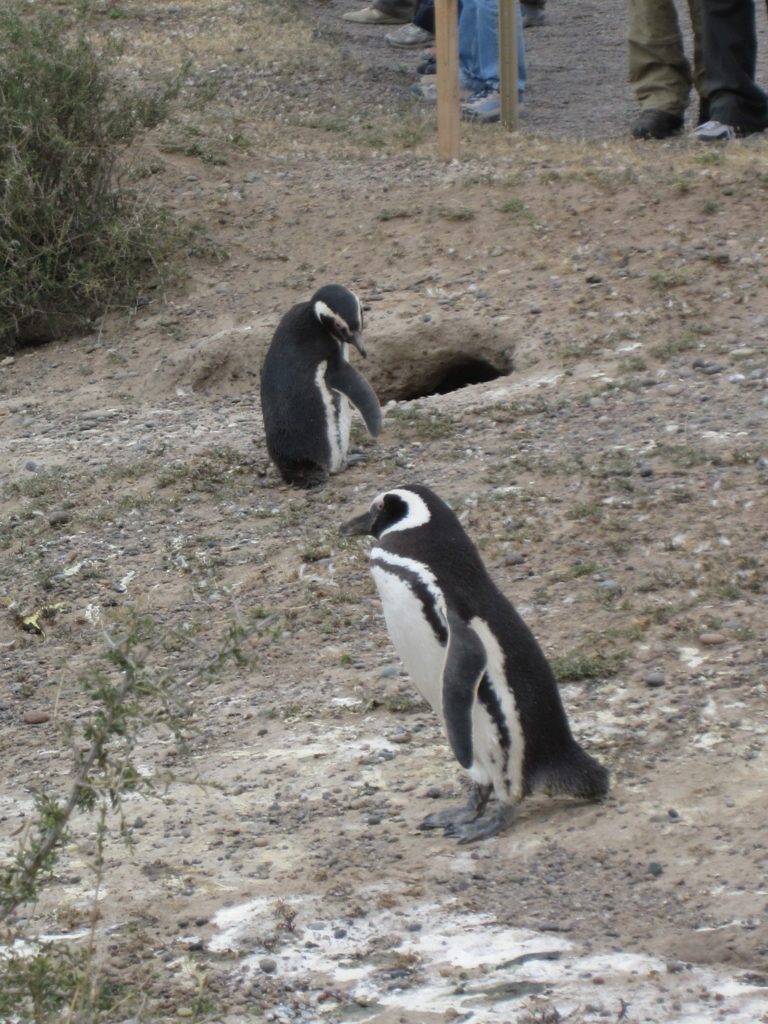 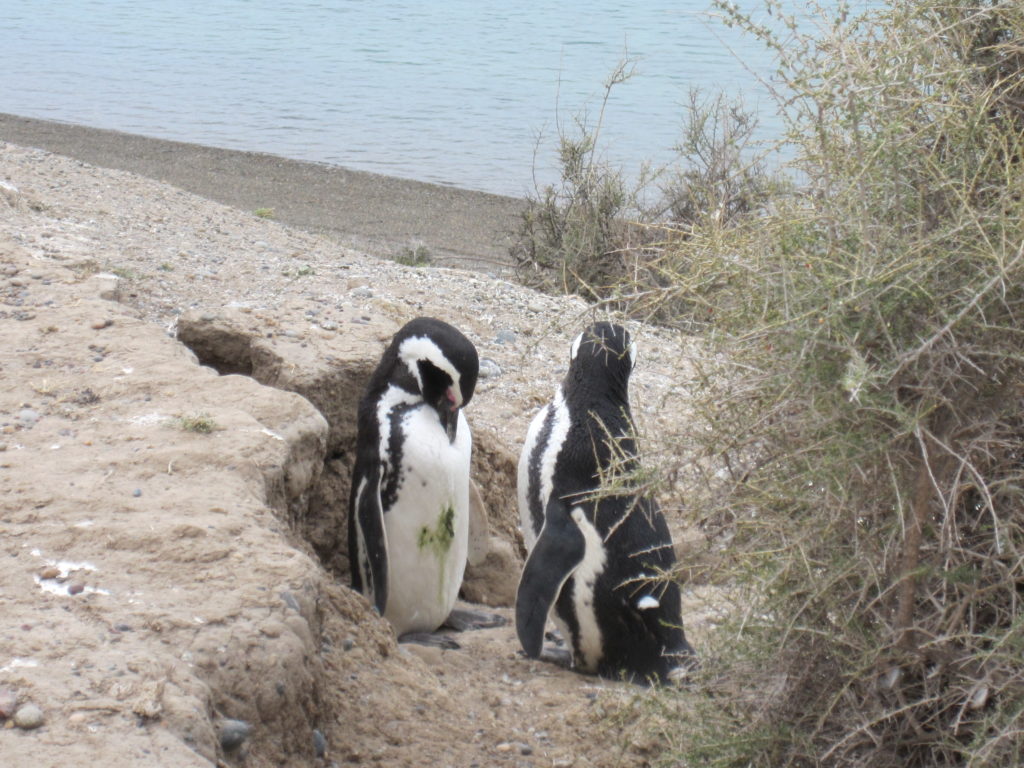 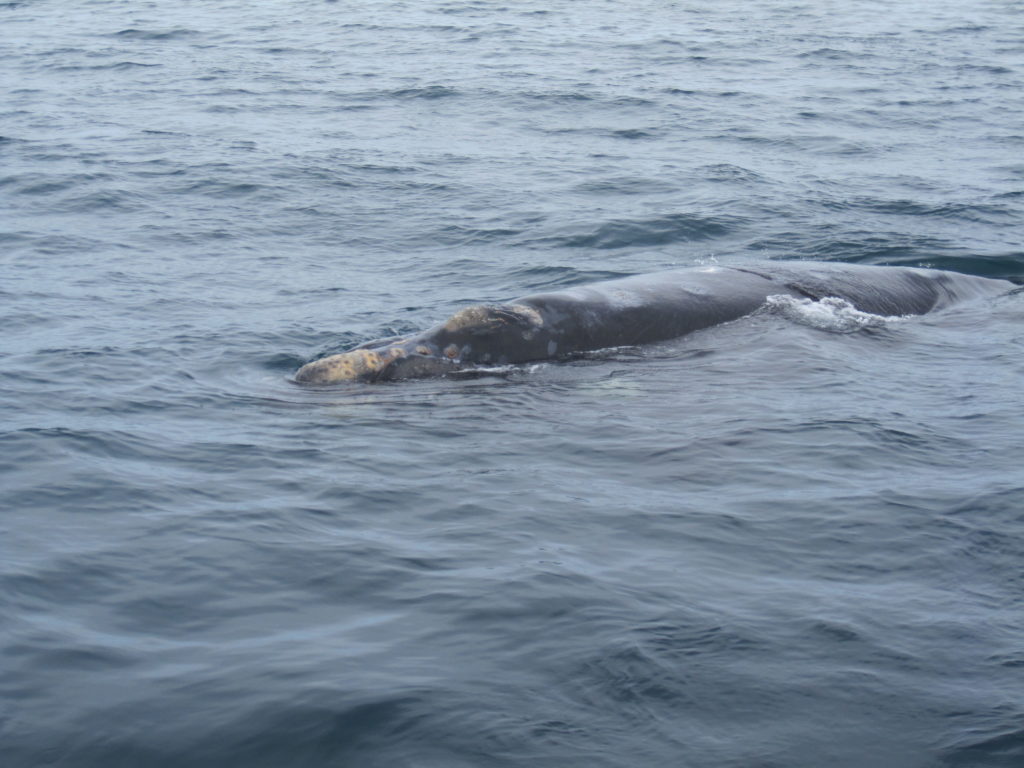 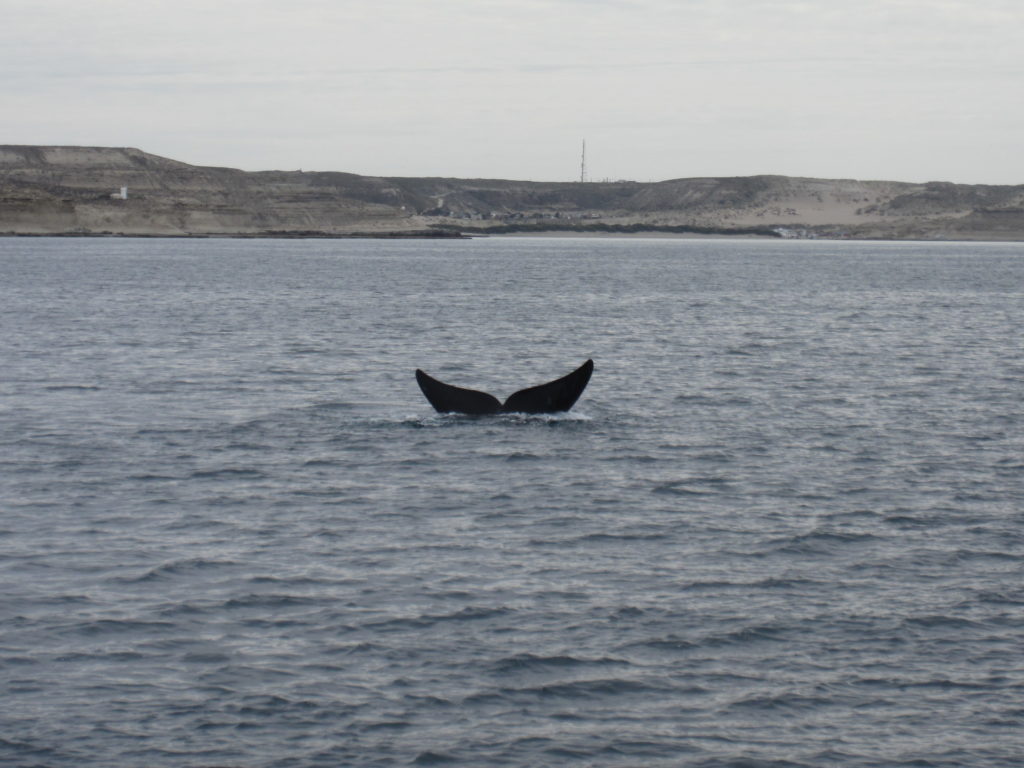