Journal of a Koh Siboya Castaway

The following correspondence was recently discovered near Koh Siboya in the Andaman Sea just off the southwestern coast of Thailand. It was found in a Chang bottle floating slightly lower in the water than all the other discarded alcohol containers floating around it. The intended recipient of the letters remains unclear, but anthropologists note that the bottle had been plugged with a pair of dirty ear plugs and several discarded Snickers wrappers. Why that matters is also unclear.

We arrived at a semi-deserted beach lined with palm trees; hot, tired and uncomfortably dishevelled. The natives do not appear aggressive or violent, and in fact seem almost welcoming. They claim the island is known as Siboya in their language. Also in our language.

We were shown to our lodgings, a small but functional bungalow set just back from the wide muddy expanse that passes for beach here. The bed is large and encased in a rather dilapidated mosquito net, fair warning of the challenges we can expect to face come dusk and beyond. The lone French painting includes no clues as to its relevance, but the numerous lounging cushions can expect plenty of use. There is also a small refrigerator, where we put our candy and some of our water, but none of our clothes or our half-empty toothpaste.

We broke our fast with eggs, toast and baked beans, a meal surprisingly similar to morning meals in other parts of the world, with the exception of the strangely tiny dish in which the beans rested cold and taunting. Thus energized and only slightly gassy, we ventured out to explore our new home. We did not have far to go before leaving the muddy, low-tide rocks behind and discovering a stretch of actual sand. It is coarse and dark brown unlike the fine white powder found on other islands in these parts that is so popular with overweight sun lovers but lacks the unpleasant pungency of the bubbling muddy flats. To its credit, I rather feel. The only other guests are a stand-offish couple, a French man and a Thai woman who, it turns out, is also a man. Such surprises leave us wondering about the clarity of our perceptions, among other things.

It rained abundantly last night, so much so as to even drown out our portable mini-speakers for a time. While rather inconvenient, we eventually managed to switch to earphones. Today we find the damp has seeped into everything, underwear most of all, quite inexplicably. This could be the reason the newly arrived Dutch child seems so determined to remain naked despite social norms. Or possibly he simply prefers direct access to his genitals for the purposes of tugging and twisting. As we do not share a common language we are unable to know for sure, and using hand gestures seems a risky proposition in such a case.

We had a disturbing encounter with an unusually large lizard today. Were it viewed in a zoo safely confined for the pleasure of curious humans that would be one thing, but finding it suddenly scampering across the path in front of us was far more alarming. Including the tail it was easily as long as a common broadsword, or perhaps even a pair of fine court leggings.

It appears I missed two full days of journal entries, a disconcerting occurrence in itself, and more so as I appear to have lost all recollection of the intervening time. While failing mental acuity is always a concern for those stranded in the tropics, especially in areas that place such low regulation standards on their beer companies, my health so far seems quite provident, with unusually minimal Kleenex usage and daily bowel movements that could be used to predict the location of the sun. Our current working theory is that this mysteriously missing time was spent sleeping.

It has been raining for days, and the paper-thin bargain ponchos we procured in Bangkok have become an essential feature of our wet, blustery days. Despite this welcome protection from the direct fury of the weather, however, we have found that our entire meagre wardrobes now have a disconcerting moistness to them, a feeling we prefer not at all.

A famously nostalgic and thankful day back home, but no different than any other here. We attempted to commemorate the occasion by providing a spirited display of badminton, but the heat was oppressive, and our lack of skill and motivation limited the match quality. Twenty minutes of rather desultory rallies, followed by a quickly achieved victory by yours truly of two points to one may not go down in the annals of history as the finest of many legendary accomplishments, but it was still a welcome boon to my confidence in this strange and unfamiliar place.

Additional exploration of the southern reaches uncovered further evidence of abundant wildlife. Thousands of tiny land crabs scuttled to the safety of their underground lairs as I advanced, their uncommon speed, elegant synchronization and frantic flight all calling to mind a regiment of panicked French infantry. The monkeys, however, hundreds of the shifty, staring fellows, simply glowered out from the safety and comfort of the trees. While demonstrating no outward signs of hostility, their eerily humanoid faces scowled at me in a rancorous fashion that warned me to keep them in my line of sight at all times, lest I learn a harsh lesson regarding the futility of size and the power of speech when facing overwhelming numbers. I trusted those beady eyes not a whit.

A nocturnal German girl has remained in the very same clothing throughout the length of her stay. Further surveillance is planned, although our hopes of making any useful headway in this area are minimal, since our interest level is proving far too low to sustain long-term.

Just in the nick of time I completed the reading of my third book of the week. If not a personal record, then at least a middling accomplishment of recent days. Along with extended periods spent lying prone while ravenously ingesting the carefully crafted sentences of the varied wordsmiths of our time (Flanagan, Attenberg, Poehler), our time here has passed in a haze of lounging, eating, sleeping and relentlessly filming every appearance of our large reptilian friends (it seems a whole family of these prehistoric monsters make their home near our temporary one).

It seems events have transpired to provide an escape from this simple, unassuming little island and its uneventful days and curious fauna. We will miss the surprisingly delicious breaded prawns, and not so surprisingly excellent pad thai, but an opportunity has arisen for us to spend an entire day on variously rickety forms of transportation, and it seems one we cannot pass up. Eventually we will to make our way to the reputedly more cosmopolitan island of Koh Lanta. Only time will tell if a return visit to tiny “Siboya” shall ever come to pass, but for the time remaining in our journey we can feel certain that it will continue to hold a precious, if somewhat bland, place in our hearts. 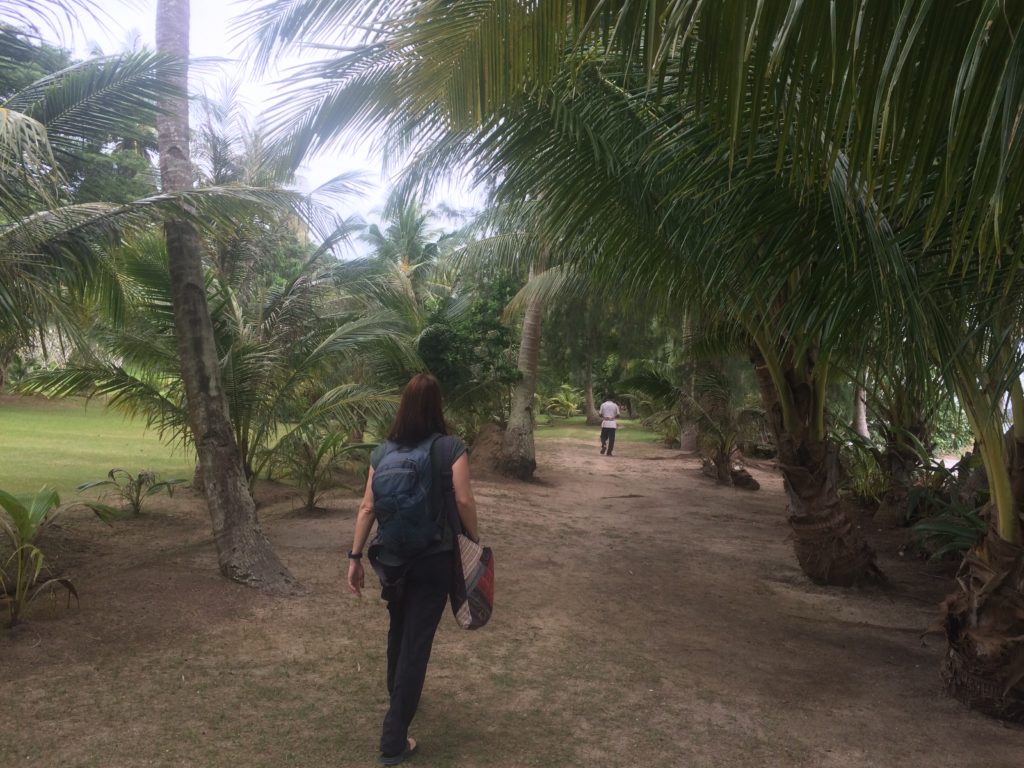 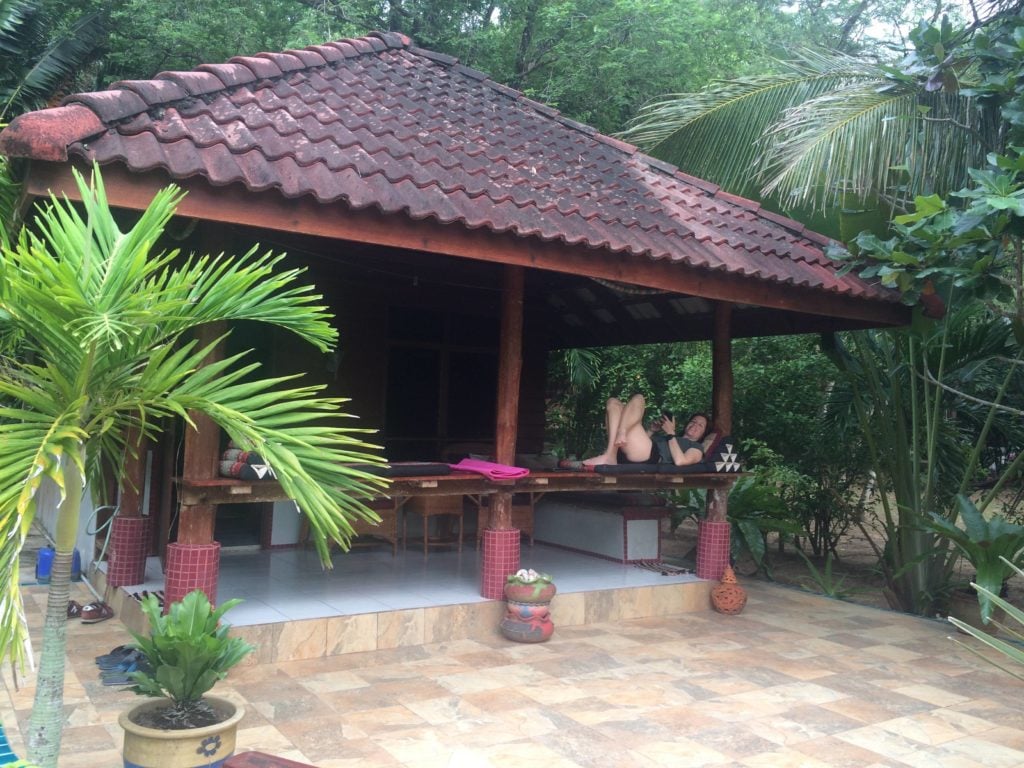 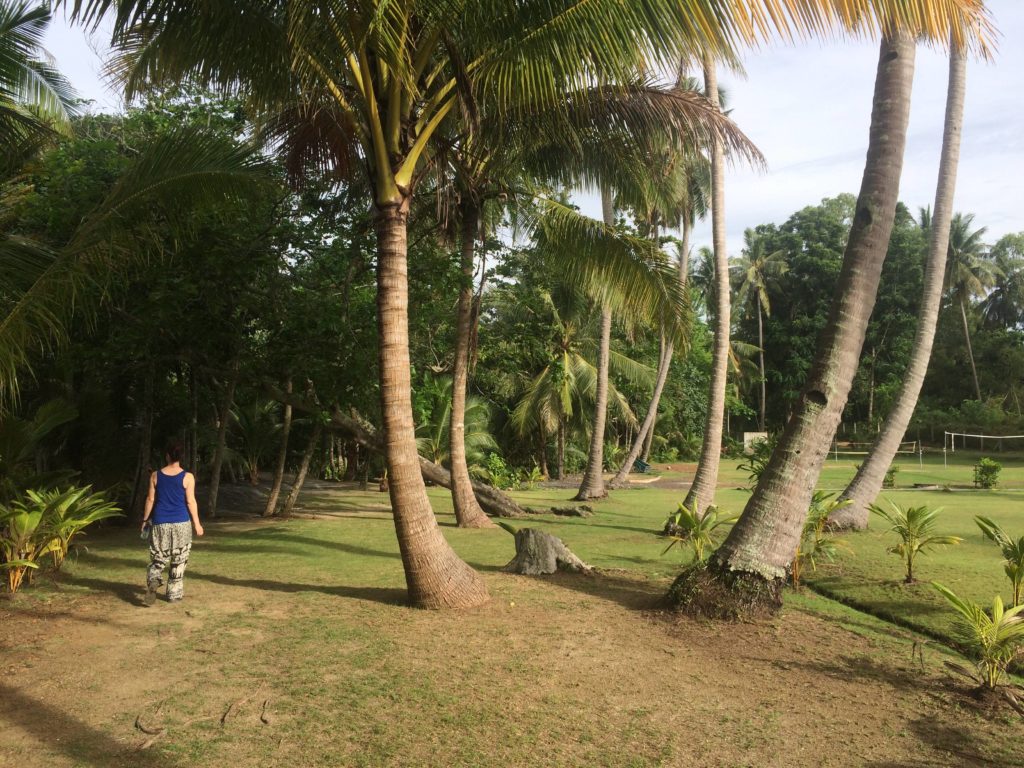 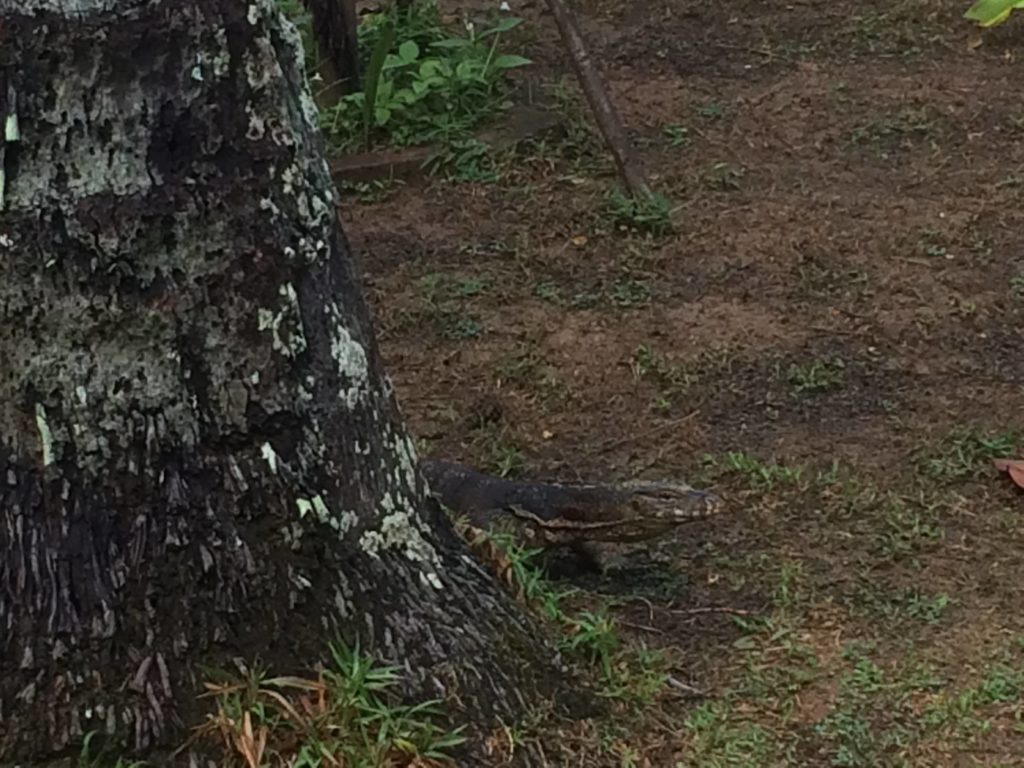 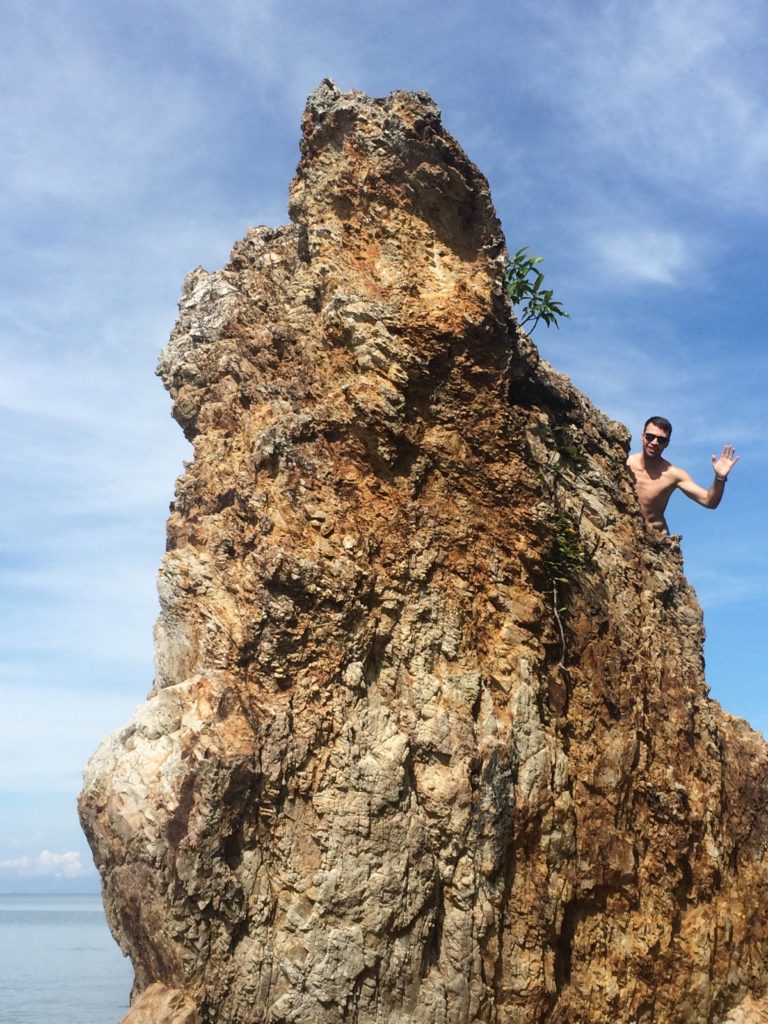 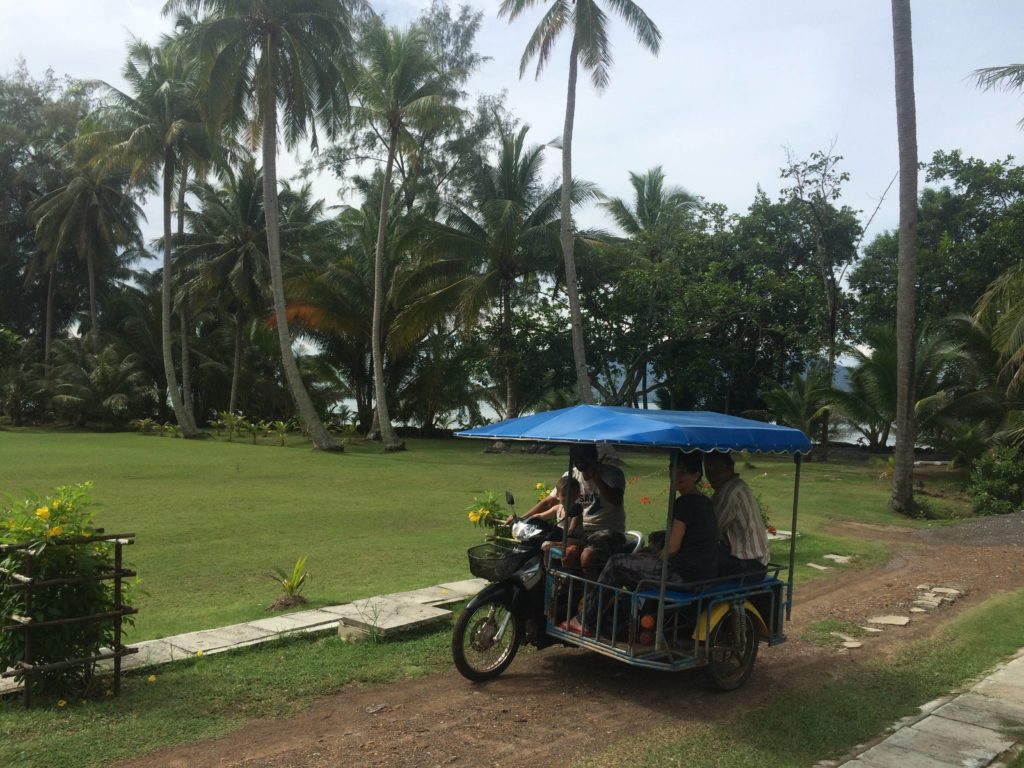 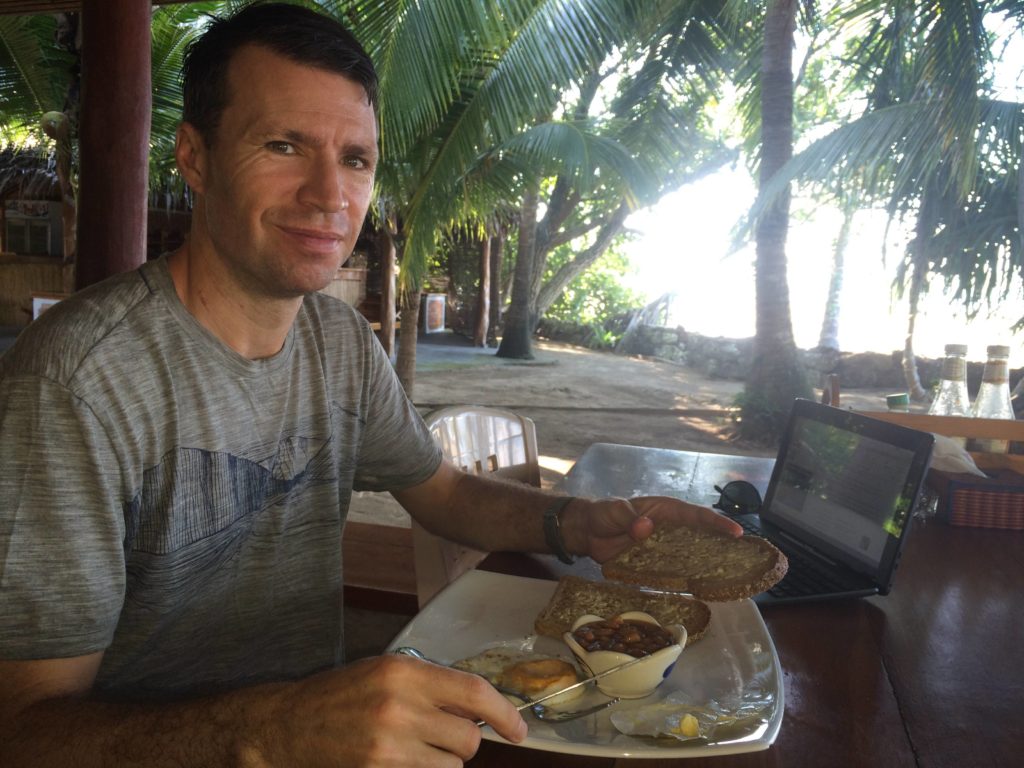 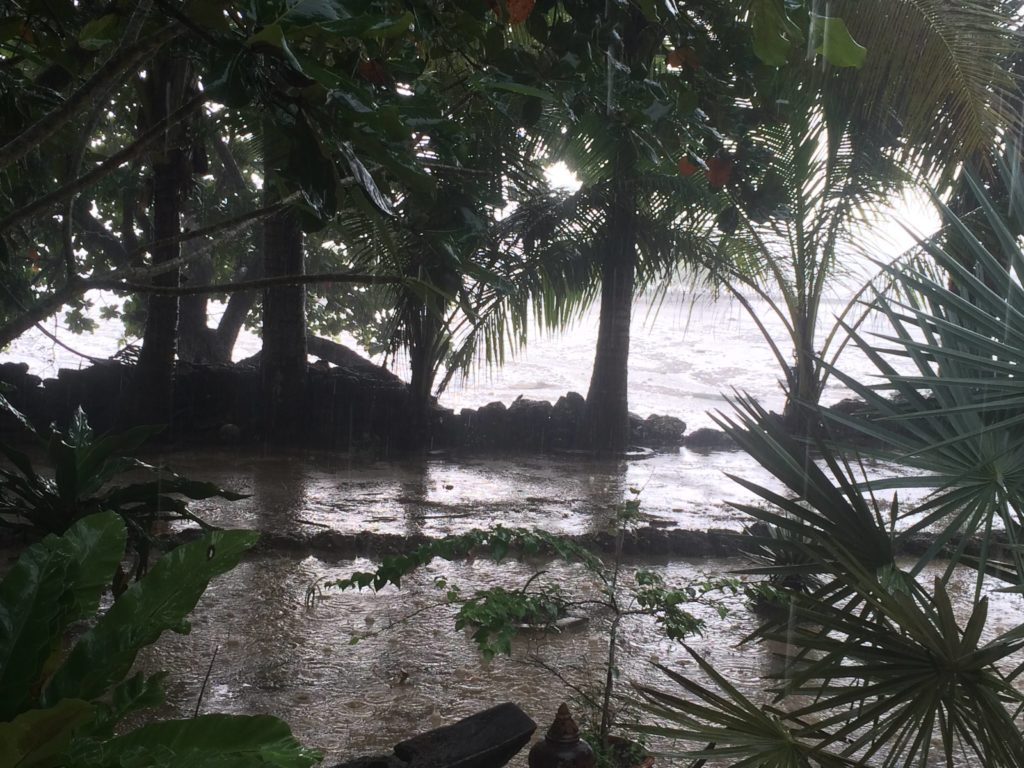 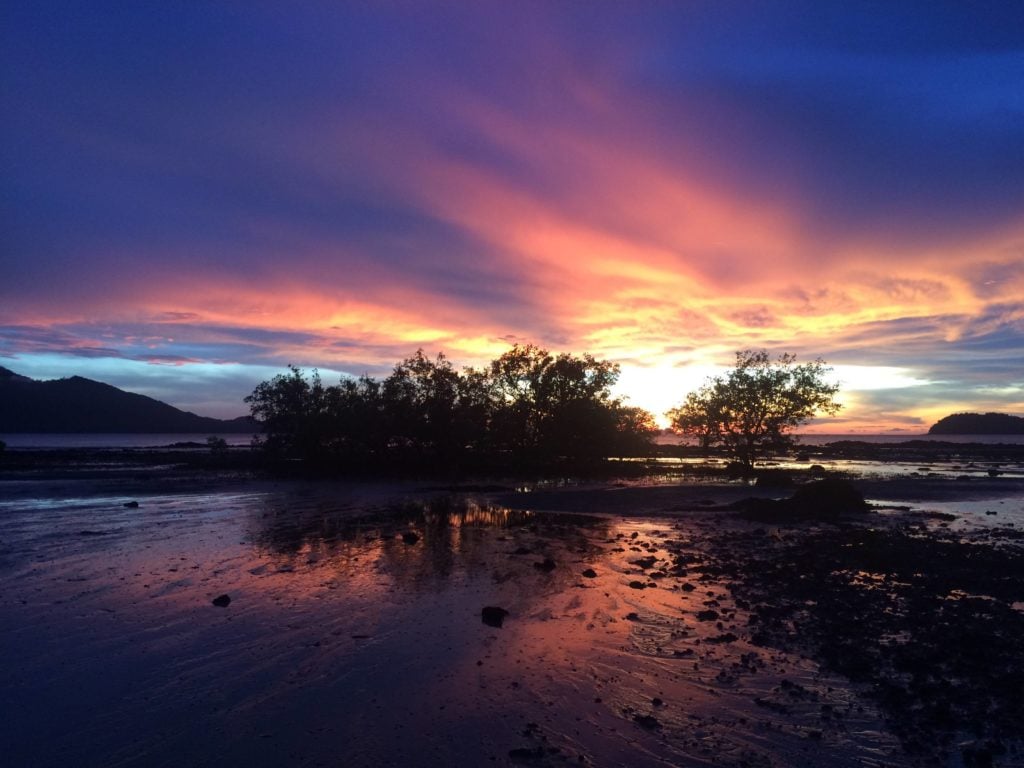 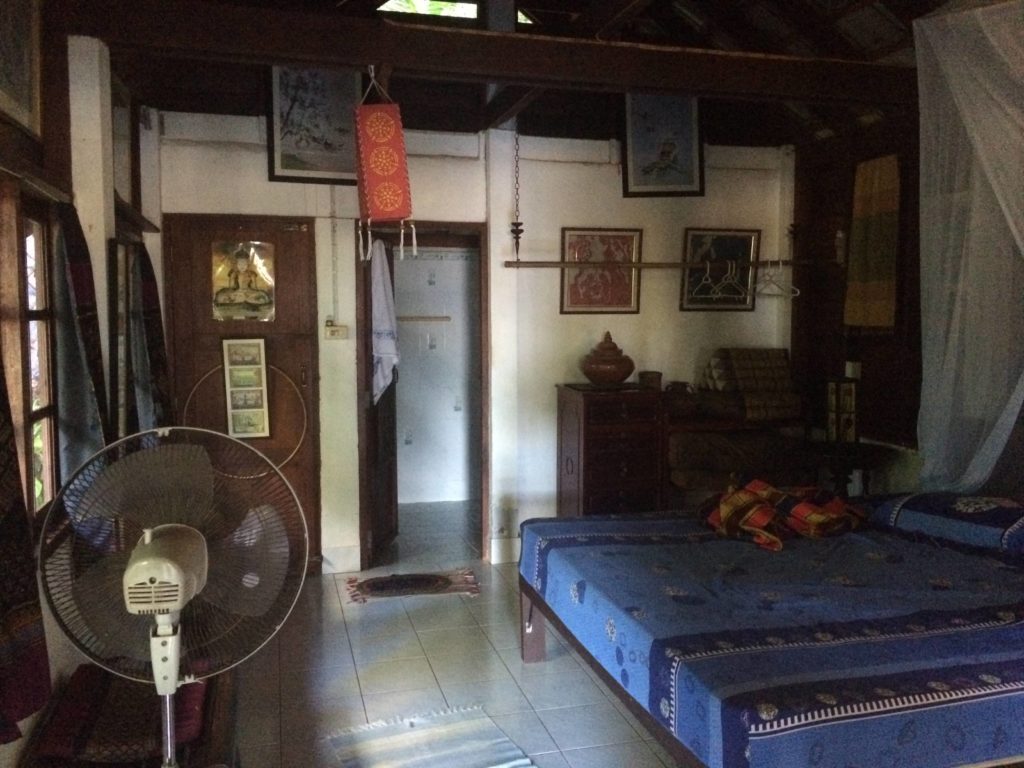 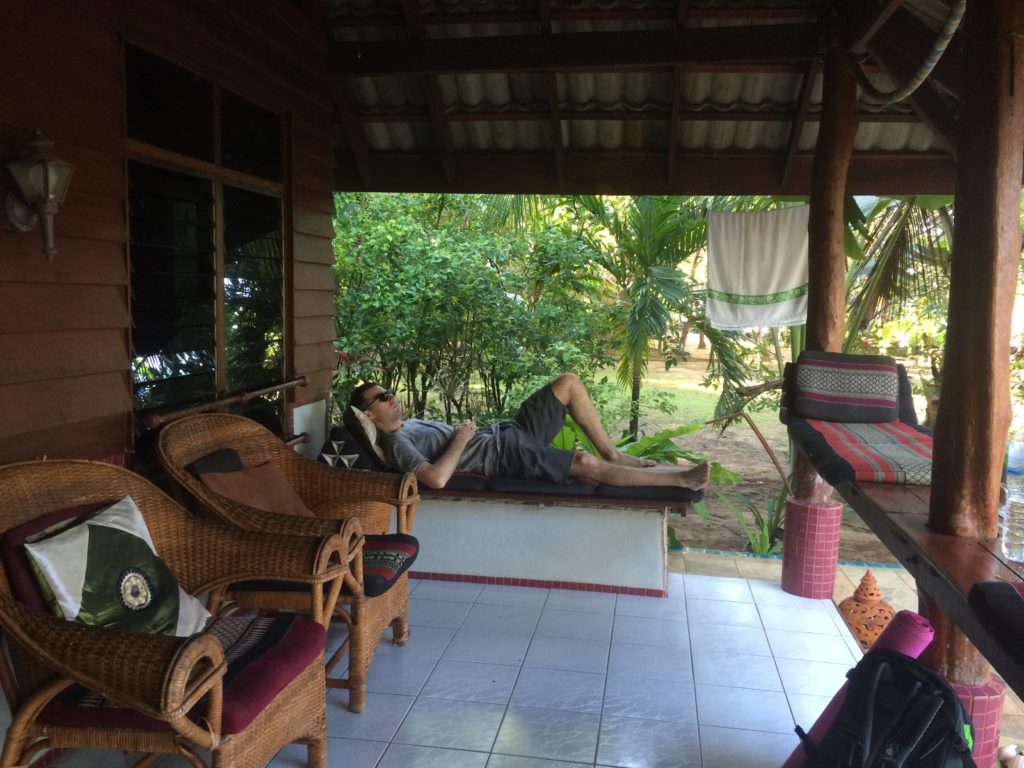