With the Tazara train finally in the rear view mirror, the pair shuffle through the strangely tall wooden gate, relief etched on their faces like savage incontinence. They stop, slowly gazing around, taking in the shaded grounds, the rustic thatch huts and the glorious blue of the lake not so far off, not now. Shaking their head as though waking from a dream they push themselves back into motion, invigorated by the tantalizing proximity of their ultimate goal.

It is 12:15 pm several kilometers outside Dar es Salaam and the sign in front of the Tazara train station is demoralizing in its simplicity.

Six suddenly discovered hours to look after. The choice – return to the city and pay for another night’s hotel, or spend the day in the faded, crumbling 70’s glory of the station built in better days to transport people and goods from Tanzania to Zambia and back. The presence of a First Class lounge sold them on the station, leading to a full day of reading, writing, napping and strolling, although never too far, of course. Slouching half awake among a couple dozen fellow first class-ers, mostly Tanzanian women, brightly dressed and, to a woman, large enough to put a scare into a drunken cowboy. The loud and prominent TV provides just intermittent distraction, as five hours of a parliamentary swearing in ceremony are only briefly interrupted for 45 minutes of inexplicable private wedding footage. 20:00, 20:30, 21:00, there’s been a sighting,21:30, boarding, 21:45, the journey begins.

A cursory glance around the small room – the screened windows, the rough shelves, ragged mosquito net, rustic bathroom, unfettered view across the beach to Lake Malawi, the “Lake of Stars”, waves cresting like a Dutch mullet – is all they need to see. Though their eager eyes already shine with acceptance they add a brief nod of confirmation, listen distractedly to a list of the hotel’s rules and features delivered by rote, until, finally, off come the backpacks, sliding to the bed quietly and with just a hint of a bounce, coming to rest as forlorn and forgotten as Demi Moore.

They lie curled up on their narrow bunks – bouncing and sliding around the hard surface like on a park bench in an earthquake, the main difference being fewer pigeons. The Tazara train rattles along bearing no similarity to the smooth, clickety-clack of trains in childhood’s imagination, those well maintained mechanical marvels held tightly in place by carefully fitted steel bars. Rather it bounces and jolts across the dark African plains in apparent battle with the disturbingly loose hold of the ancient rusting rails. Swaying, creaking, groaning, as uncomfortable as an Al Pacino sex scene, it trundles on. In the small, dark, hours of the morning a woman’s angry screeching wakes them, harsh, persistent and nearly unintelligible. His childish knowledge of Kiswahil allows him to pick up small pieces of the confrontation – “2”, “you” and a word he doesn’t immediately recognize but contextually understands must mean something very similar to “asshole”. He can confirm very little else, not recognizing anything from the remainder of his scant vocabulary – “hello”, “thank you”, “can I have the bill, please?” or “honest, it’s normally not that red, or that bumpy”.

The damp shirt hits the floor with the dull thud of a sexy paddle, peeled from his sticky back like a snake shedding suddenly superfluous skin. He sighs with delight as the soft breeze caresses his clammy body and observes with interest his tiny nipples stiffening shyly. Smiling, he realizes that if losing his shirt feels this good, removing his soggy underwear is going to be a veritable gift from heaven comparable to stabbing Candace Bergen to death with a dull fork.

Her disembodied white face flickers across the country, her waving hand spreading good cheer to a large percentage of the train-side children of southern Tanzania. Meanwhile, drunken conversations evolve wildly in the restaurant car of the Tazara train – a boisterous American reaffirms a stereotype by loudly overriding conversations, espousing Green awareness and Hemingway; two Canadians politely deflect talk of the oil sands while adding the occasional smart-ass comment; an easy going Kiwi defends sheep farming while discussing the Maori and pronunciation; the  sleeveless Australian only chimes in on sports; the Malawians sleep, many in their cabins, several more drunk with heads down on tables; a Dutch couple pops in and out randomly before disembarking at a town no one else has ever heard of; the French remain smugly aloof; an amiable Swede suddenly produces surprising evidence of a deep-seated contempt for Enrique Iglesias and his offensively tiny penis; surprisingly absent are the British, who probably just missed the train, and the Germans, what are they up to now, those clever bastards?  A pair of Swiss girls linger neutrally.

They make their way across the wide, rolling expanse of beach, sandals protecting their feet from the scorching sand after a brief failed attempt to gingerly navigate it barefoot. Down they trudge, through the grass and scrubby trees of areas surely under water in the heart of the rainy season, but currently as dry and seared by the resolute sun as a pile of straw on the August prairie, or Rutger Hauer’s thighs. Rejuvenated by the pending end to their long journey they close the distance with triumphant speed.

A 2 kilometre walk to the border, immigration, more immigration, one last hint of immigration, they emerge on their first road in Malawi and are immediately surrounded by a sea of sweating, pungent young men who artfully herd them to a jumble of small, dilapidated Japanese cars. Wheedling, grasping, clawing at bags, making promises too good to be true. The sun beats down.

Hand in hand they stand at the threshold, gazing around in wonder at the deep blue of the lake, the faded greens of the steep surrounding hills and the hazy outline of the distant Livingstone Mountains far across the water in Tanzania, huddled tightly against the corner of Mozambique. Just a few final moments of anticipation, to enjoy the gentle wind and silently envision the cool water swirling over, around and, let’s face it, in them.

Deliberately trudging down the highway, they force one foot in front of the other, overheated and sweaty like fatty bacon popping and sizzling in a skillet. The relentless sun pummels them both above and below, the heat shimmering off the pavement like Will Ferrell’s reflected glory.

Forgotten is the sudden gasp, the dancing and skipping, the shock of the inevitable surprise wave which now rolls on, oblivious as ever to its electric first touch on a pair of unsuspecting testicles. The world explodes in a swirl of liquid blue – cool, soothing, fresh. Revitalizing, energizing, pure liquid ecstasy…water. Moments pass as though in an HBO dream sequence, ticking by deliberate as nausea. 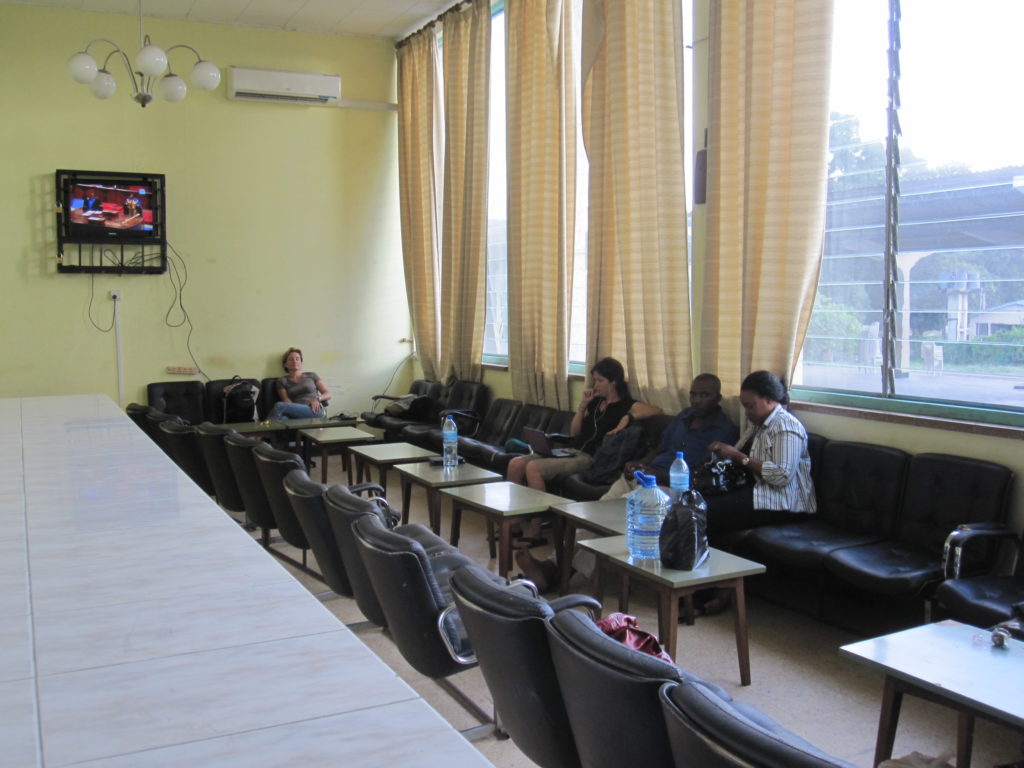 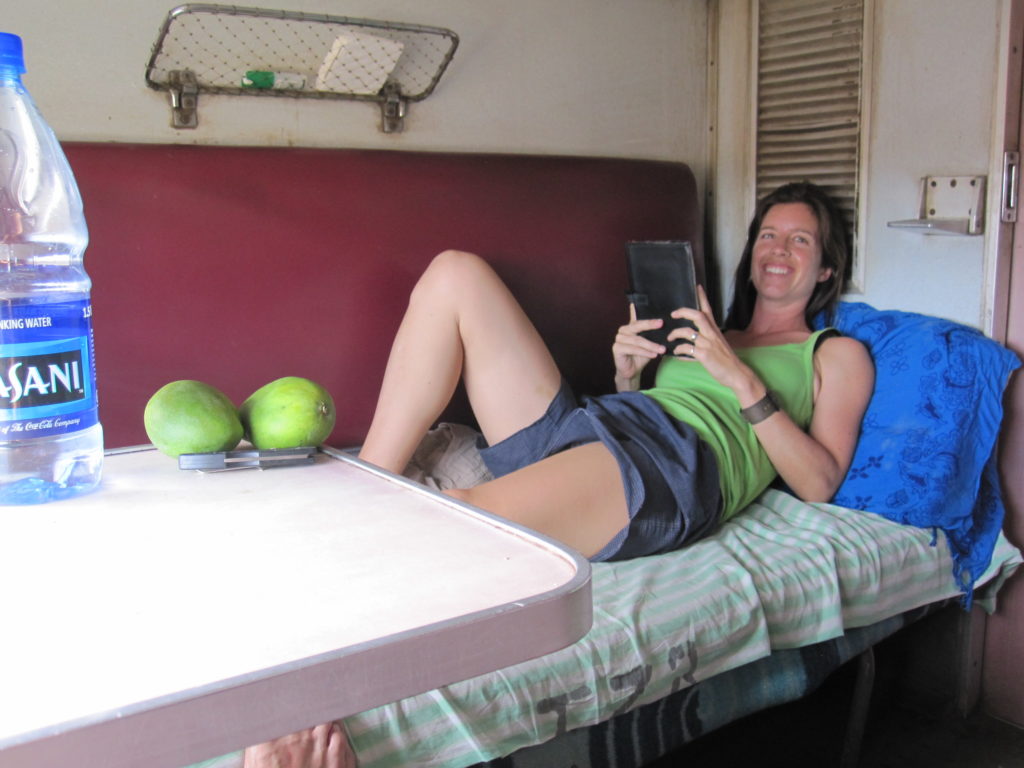 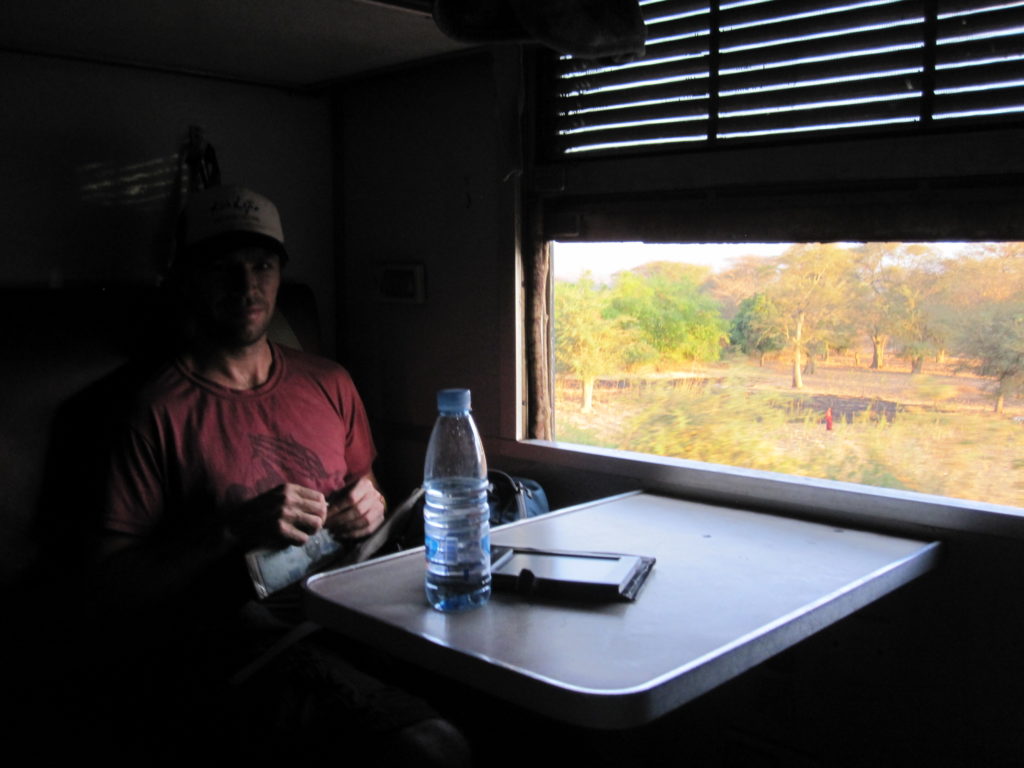 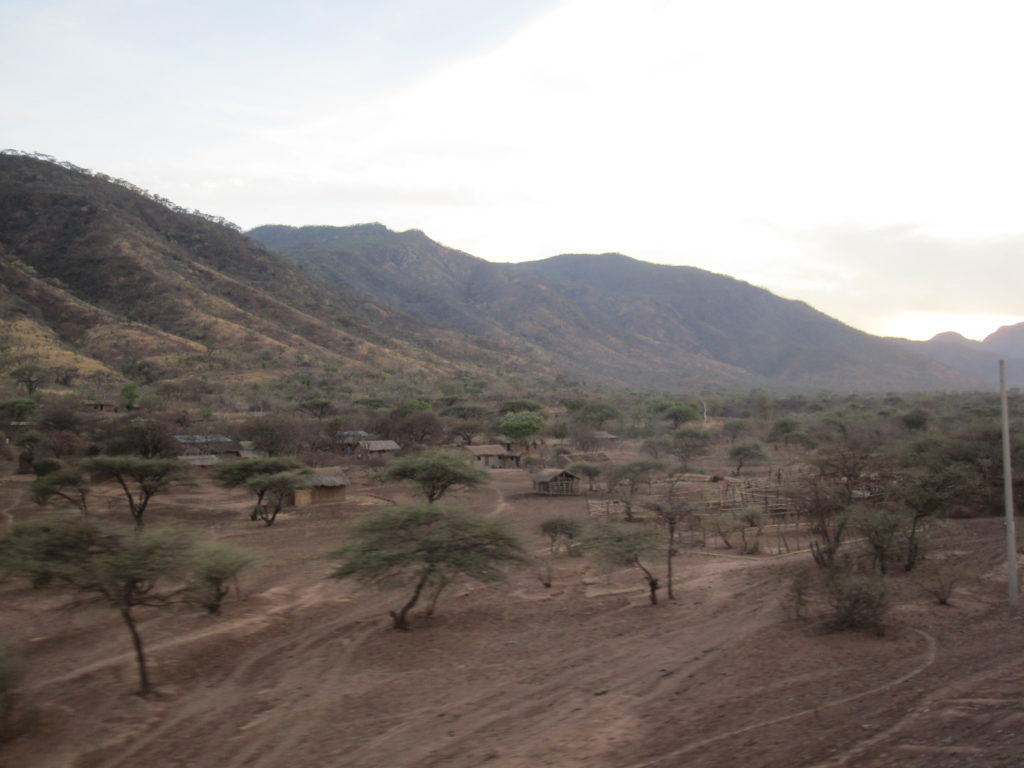 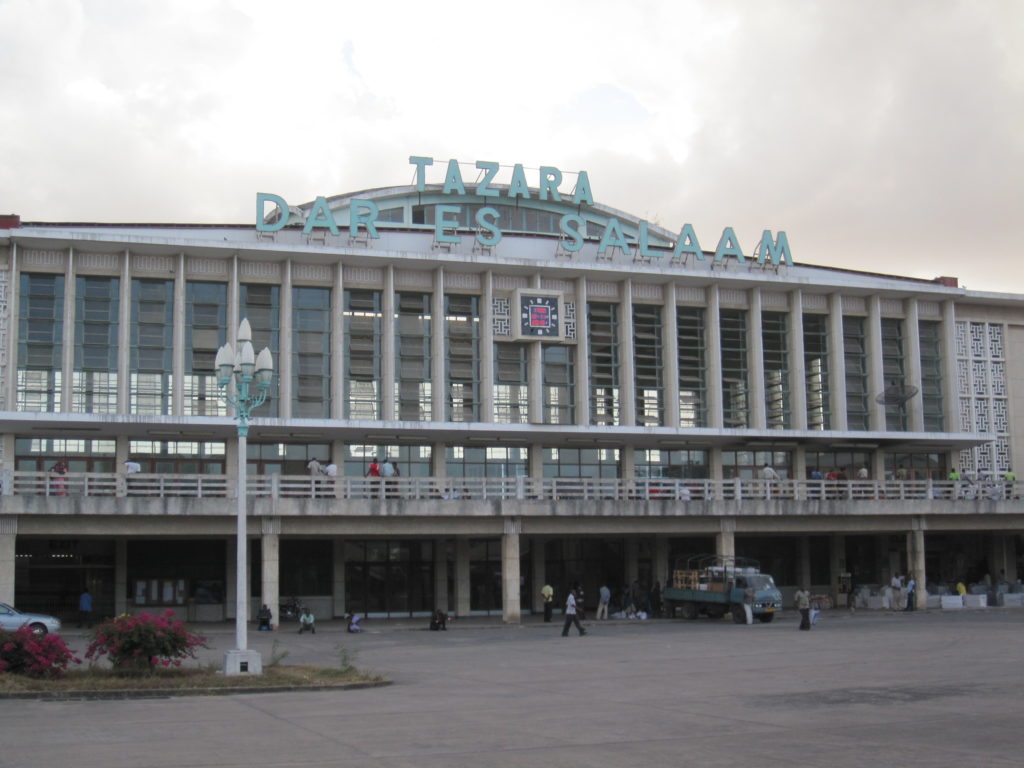 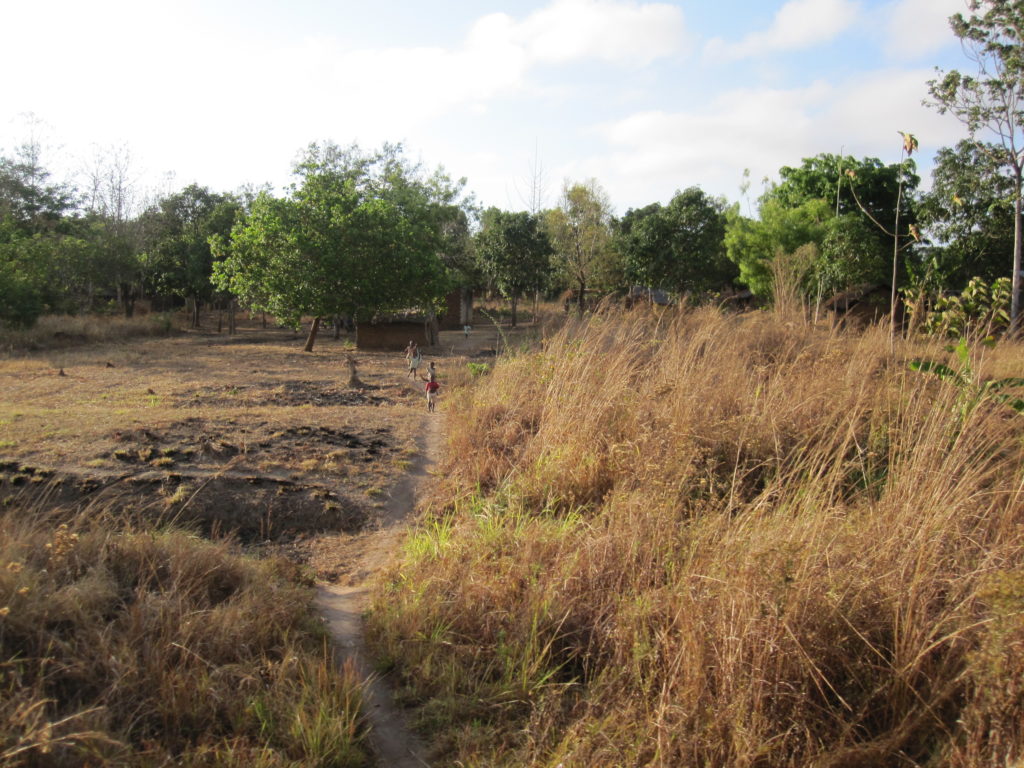 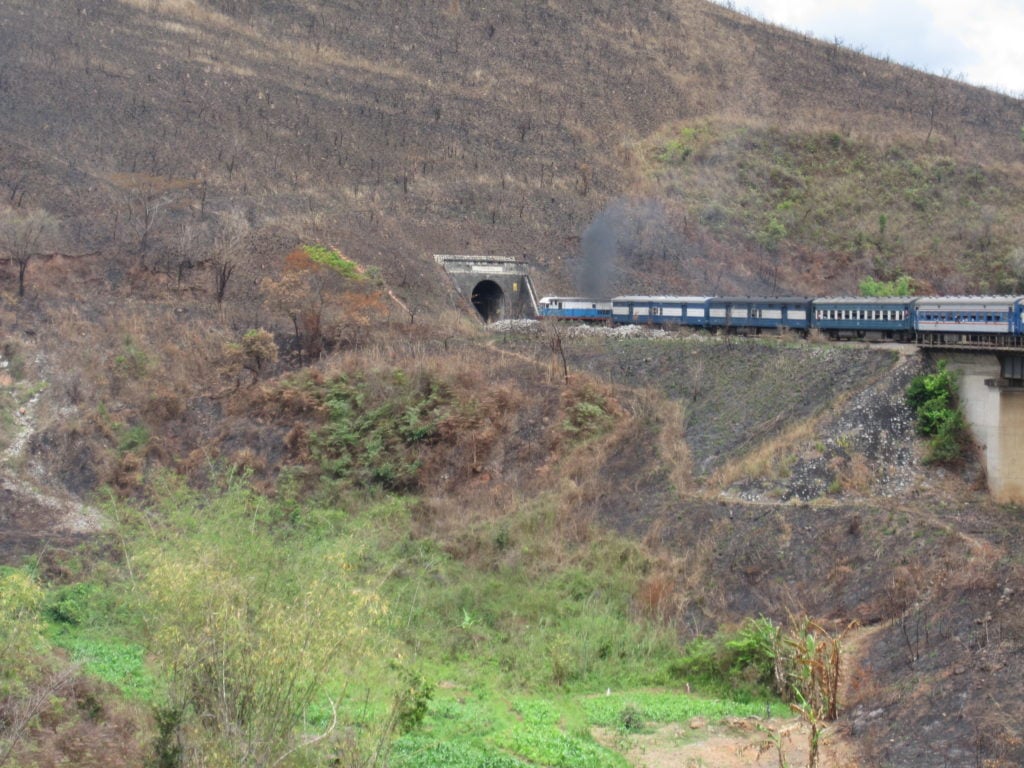 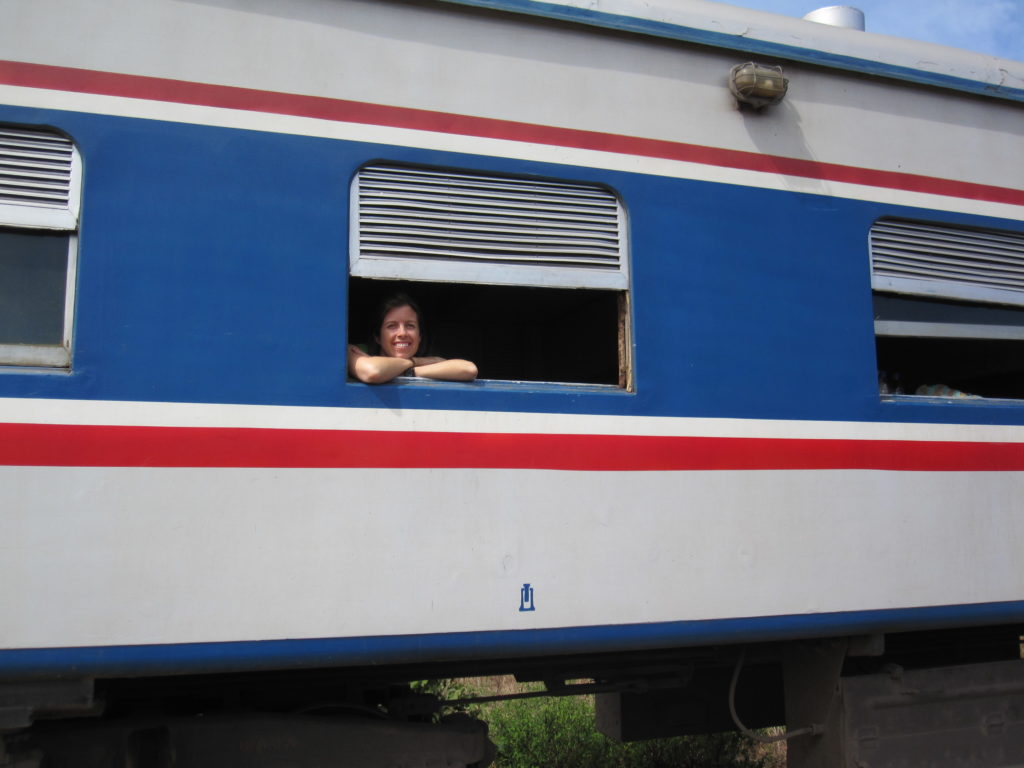 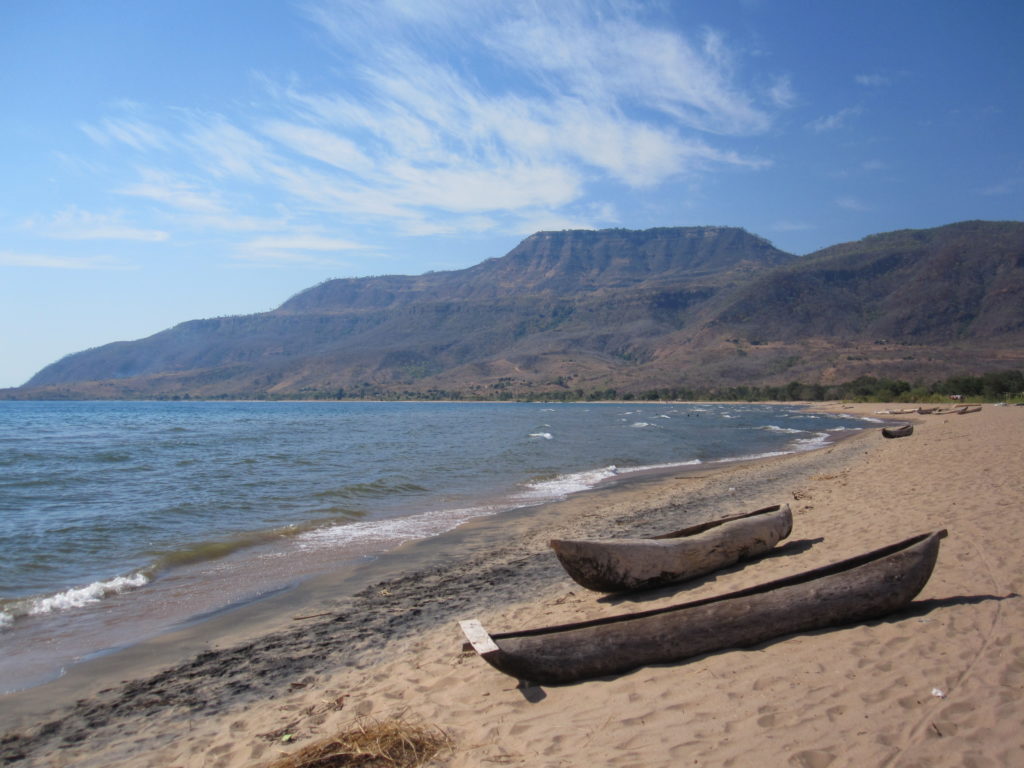