The Number One triennial periodical on Little Corn Island brings you all the news, sports and entertainment news from Nicaragua’s own slice of Caribbean paradise.

Cabana #3, Sunrise Paradise – There is an escalating feeling of fear in the local cockroach community following the murder of yet another of its members last night, taking the week’s death toll to three. Three of the last four mornings neighbours have discovered a body callously discarded in the sand. All of the victims have been members of the elite Nocturnal Toilet Scavenging unit and, in each case, have been beaten almost beyond recognition.

With the panic continuing to spread all late night excursions have been temporarily suspended, rapidly leading to severe shortages in stockpile of both feces and pubic hair. Parents are reportedly so afraid that they have implemented an unprecedented ban on children rooting through used toilet paper.

According to anonymous sources the police fear this could be the work of a serial roach killer and are on the lookout for a hairy giant wielding a colossal flip flop and enormous wad of toilet paper.

Search for Working TV Called Off

Little Corn Island, Nicaragua – Visiting soccer fans have finally given up on their search for a place to watch important European matches, according to local business owners. Several days worth of attempts to locate a bar or restaurant willing and able to show any of Barcelona-Real Madrid, Manchester United-Manchester City or even Tottenham-Chelsea ultimately proved fruitless. A variety of difficulties were encountered, among them:

No electricity until 2 pm, drunk teens watching Kansas City Royals baseball, preference for loud American country music, policies of only uncovering the TV once a year for the Super Bowl, and a remote control that didn’t appear to be in its usual spot.

The disappointed fans have since decided to focus their energy on more attainable pursuits such as having cold showers, drinking plenty of liquids and eating fried chicken.

Time for Crabs to Join the Community

Little Corn is home to a wondrous variety of crab life. Hermit crabs, blue crabs and scuttle crabs can be found everywhere from the sandy beaches to the rocky points to the dirt paths deep in the interior. But every time a person comes along they flee in fear as though we were planning something harmful or dangerous, instead of just blinding them with a flash photo or poking them gleefully with a stick. And I have to say, this blatantly frightened attitude creates an atmosphere of distrust that eventually makes us just want to take our feet and just crush them in their smug little shells, until their tiny little shells pop like freshly squeezed turtle eggs. So I say it’s high time to end this antisocial behaviour. These crabs need to step up and face their fears, and let us seek entertainment at their expense and just blindly trust us not to hurt anyone. I don’t think it’s too much to ask.

Of course, none of what I’ve said is applicable in the case of crab lice, who have already embraced humanity wholeheartedly, being particularly fond of shoestring backpackers from Portugal, Germany and most areas of Quebec.

Take Your Hotel to the Next Level!

No roads getting you down? Looking for a way to improve your service? Separate yourselves from the pack? Well, now’s your chance! For the first time on Little Corn we are proud to offer…the “Buddy Barrow”! That right, no more having your guests slogging around the island up their ankles in sand and giant backpacks weighing them down. No, with the “Buddy Barrow” each guest is greeted by their very own wiry islander clad in jeans and a wifebeater for an authentic island welcome. He will be fully equipped with both a well-worn wheelbarrow for transporting luggage in style, as well as the latest unintelligible island lingo.

The Sharks took advantage of some poor base running, throwing out several runners attempting to steal 2nd with a beer in hand. That, along with some timely hitting, allowed them to overcome some indifferent defensive play and a puzzling inning where two fielders went missing. The game was eventually called after 4 ½ innings when the umpire decided it was getting too hot.

East Side: Hot and windy, with scattered clouds later in the day

This timeless classic does a terrific job of walking the always fine line between political symbolism and animal husbandry that so many others have tried and failed, usually due to the inherent difficulty writing convincing dialogue for sheep. Orwell, however, mixes hilarious animism (Talking pigs! Need I say more?) with clever metaphors both for the major communist movements of the 20th century and the struggle of the Chinese to pronounce the letter “L”.

Movie Review: How to Lose Friends and Alienate People

Sunrise Cabanas, also known as Carlito’s Place, are set on a beautiful, wind-caressed beach facing the Caribbean. While the friendly owners, plentiful hammocks, excellent food and ocean front verandas are the obvious stars of the show, there are also a number of little touches that set this place apart from typical beach cabanas. The fully intact mosquito net, separate lights for bathroom and deck, plastic table and chair set, functioning plug-in and lower shower tap for washing the sand off your feet are the small extras that make this the kind of place you stay for ten days when you only planned seven. True happiness, however, means sweeping out the sand seven times a day with your….very own broom!

Just a couple hundred metres off shore, less in some areas, the soft sandy bottom and stunningly clear shallows suddenly give way to a colourful and ruggedly diverse expanse of coral. Divers and snorkelers can expect to share this aquatic wonderland with all manner of sea life ranging from barracudas, tarpon, giant lobsters and schools of red snapper to eagle rays, dolphins and nurse sharks that, according to at least one brave yet ecologically indifferent snorkeling guide, can safely and delightfully be grabbed by the tail and swung like huge flimsy light sabre. Hammerhead sharks also occasionally make an appearance, and the especially perceptive may be treated to a glimpse of an enormous toadfish peering back at you from the tight confines of its sandy cave looking like James Earl Jones trying to pass a meal that included entirely too much cheese.

Taking their interesting policy of weighing all passengers prior to boarding to a new level this week, La Costena has introduced the practice of publicly announcing of the results. In order to keep the overall weight of the plane in line with regulations, prior to boarding each individual must step on the ancient scale, carry-on baggage in tow, while an employee adds or removes weights as needed until finding an exact match, then loudly broadcasting it to the room. The controversial procedure has been causing a stir among the heavier female passengers in particular, not to mention plenty of blushing, teeth-grinding and embarrassed gestures in the direction of carry-on bags clearly too small to be much of a factor.

As the heat continues to rise here in the sweltering Corn Islands fashion trends are, not surprisingly, starting to follow suit. Skimpy bikinis and low-hanging board shorts are now the hot looks for April and, of course, no beach outfit is complete without a nasty and patchy sunburn, each one as individual and unique as an ankle tattoo or unshorn scrotum. And once the sun goes down the metro sexual crowd is sure to complete their island uniform with a plain white v-neck t-shirt. Detail oriented fashionistas will also take care to make sure it’s plenty dirty, with subtly darker patches under the arms. Get ready for the runway, boys!

Red Snapper #466,883, known by his close friends as #83, passed suddenly in his home yesterday at the age of 3 months. He is survived by his parents and 42,312 siblings and will be deeply missed for the seven to nine minutes a fish is capable of retaining memory. A celebration of #83’s life will be held tonight at 6pm in the dining room at Carlito’s Place. Get there early to eat your final respects.

–         Help Wanted – Looking for motivated self-starter to provide fanning and sunscreen application. Ability to fetch beer a must. Preference given to those who look good in a bikini.

·         For Sale – Thirteen metric tonnes of dried seaweed washed up on the beach. Great for bonfires, stuffing pillows and whipping really small animals.

It has been brought to our attention that last week’s article seemed to suggest that the popular hobby of bird-watching is not only worthy of scorn, but also somehow limited to homosexuals. This was not the author’s intention and he would like offer his sincere apologies…. to the gay and lesbian community. Any insinuation that they have a larger than average population population of middle-aged virgins in Tilley hats was purely unintentional. 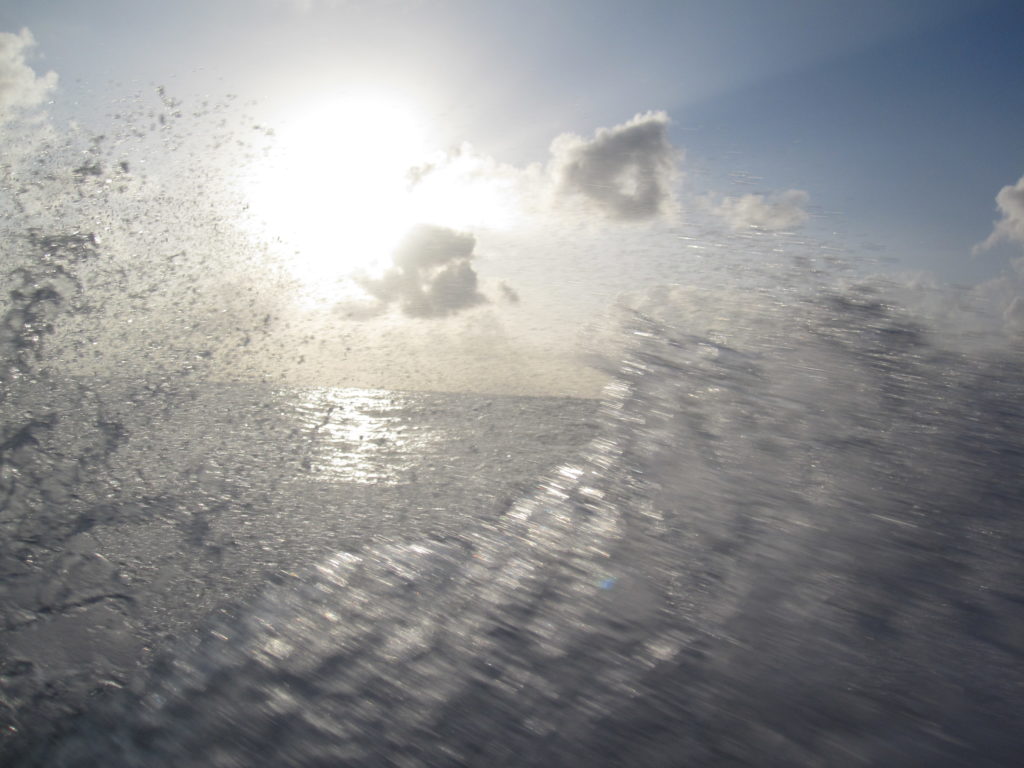 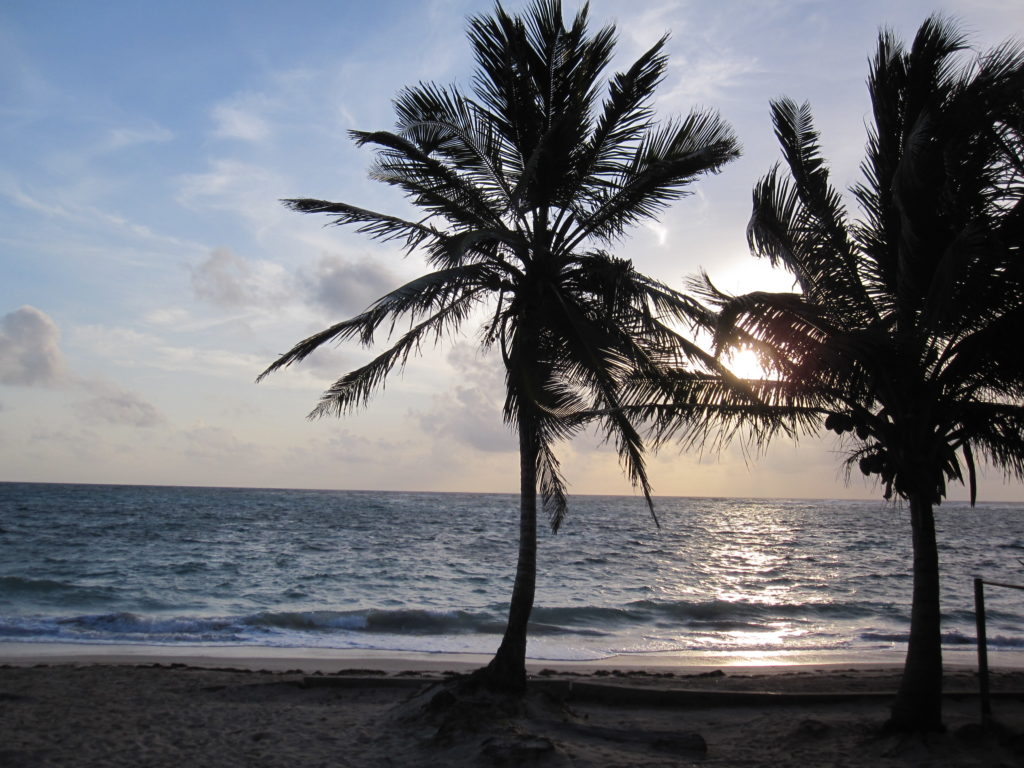 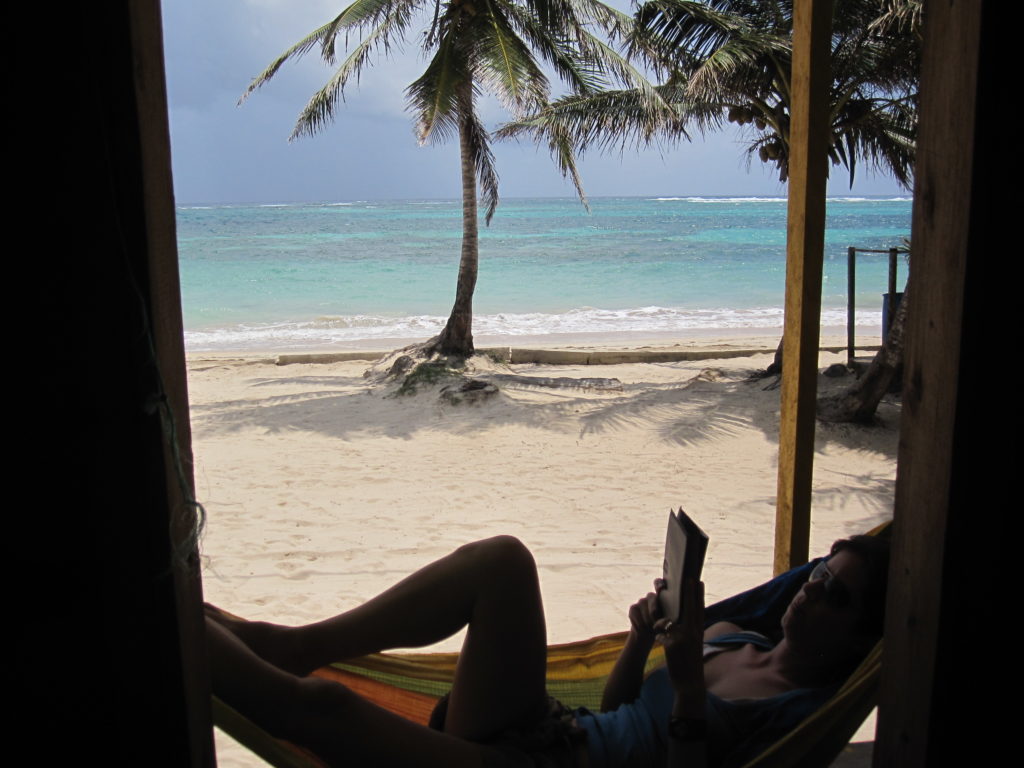 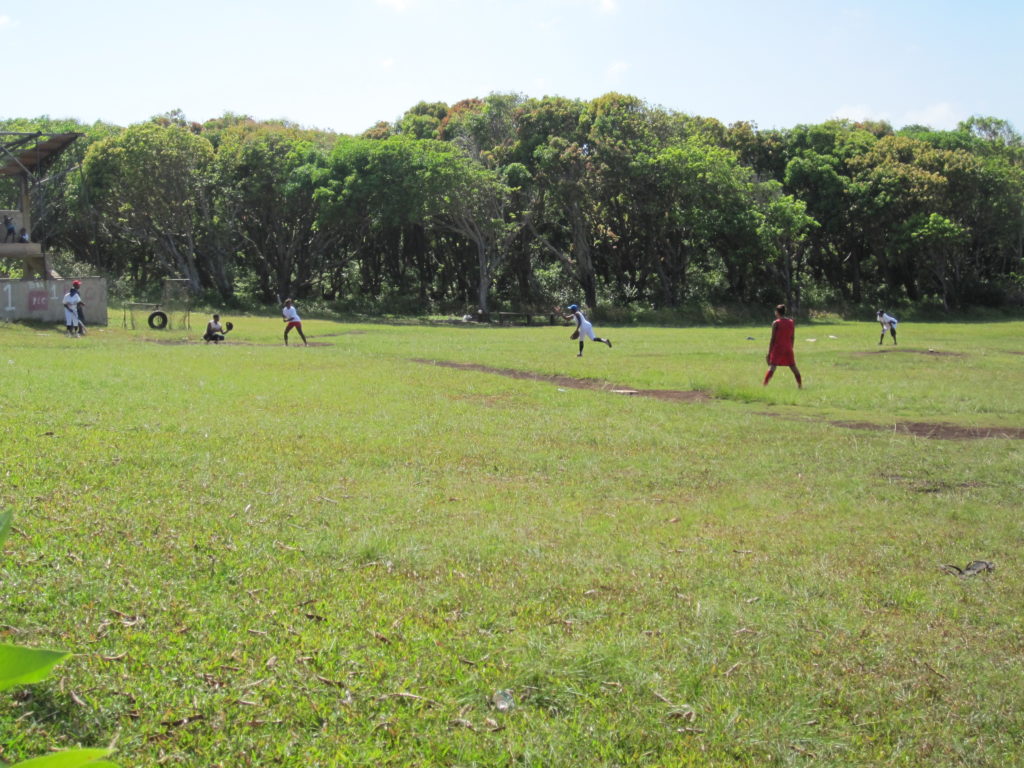 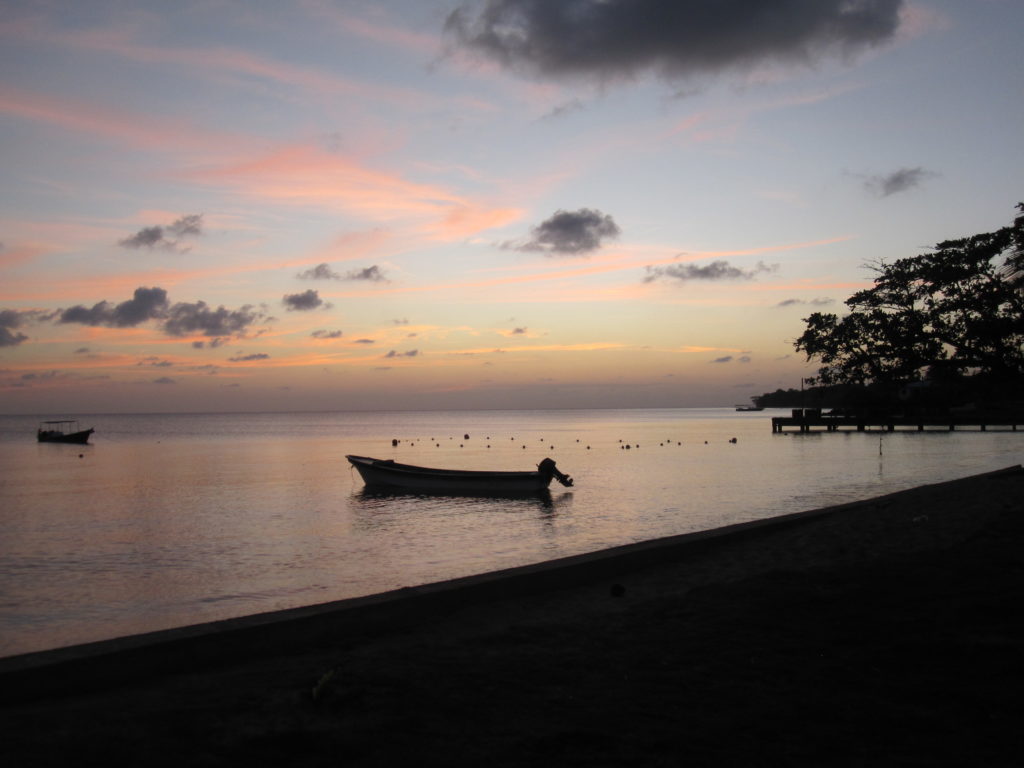 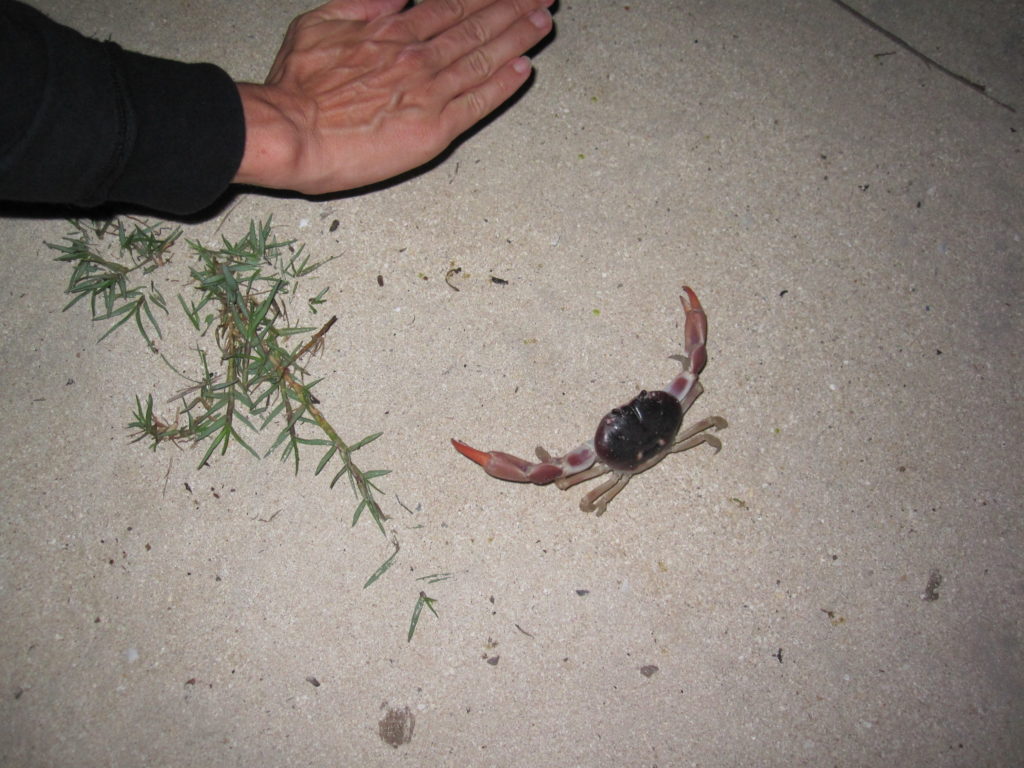 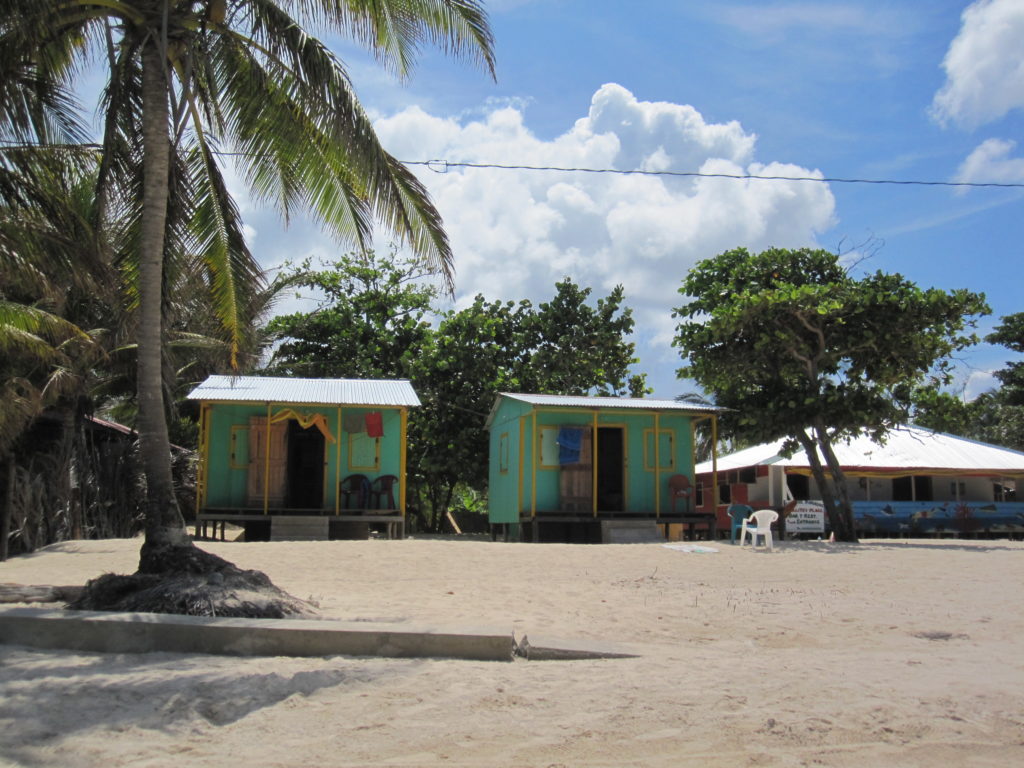 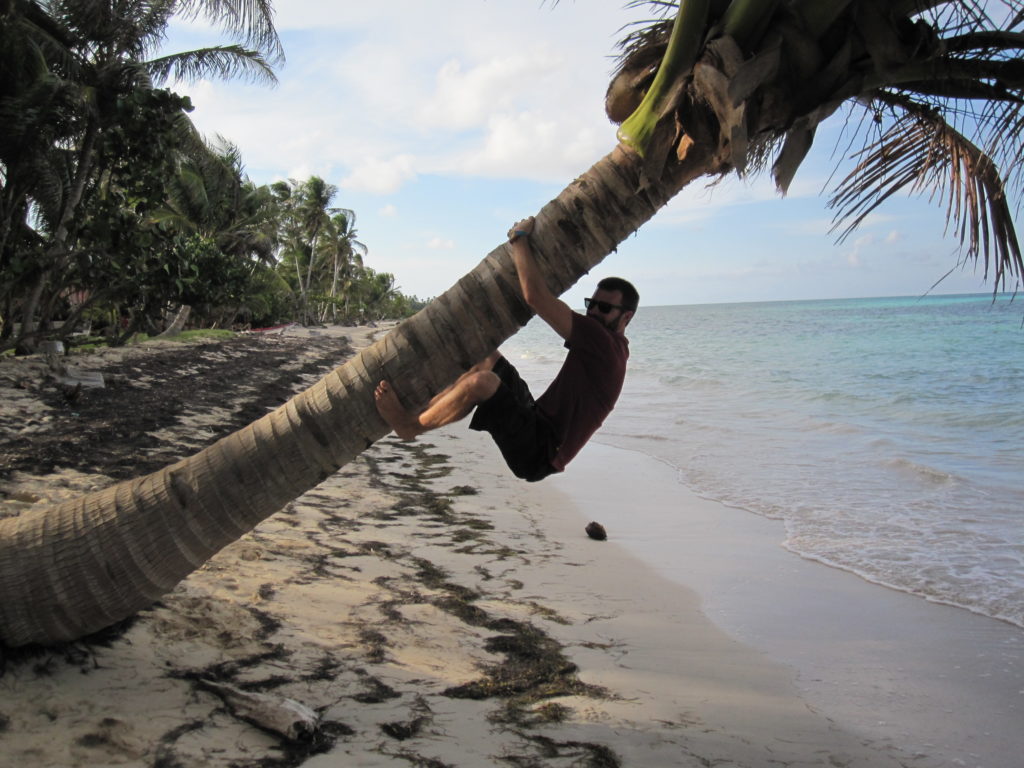 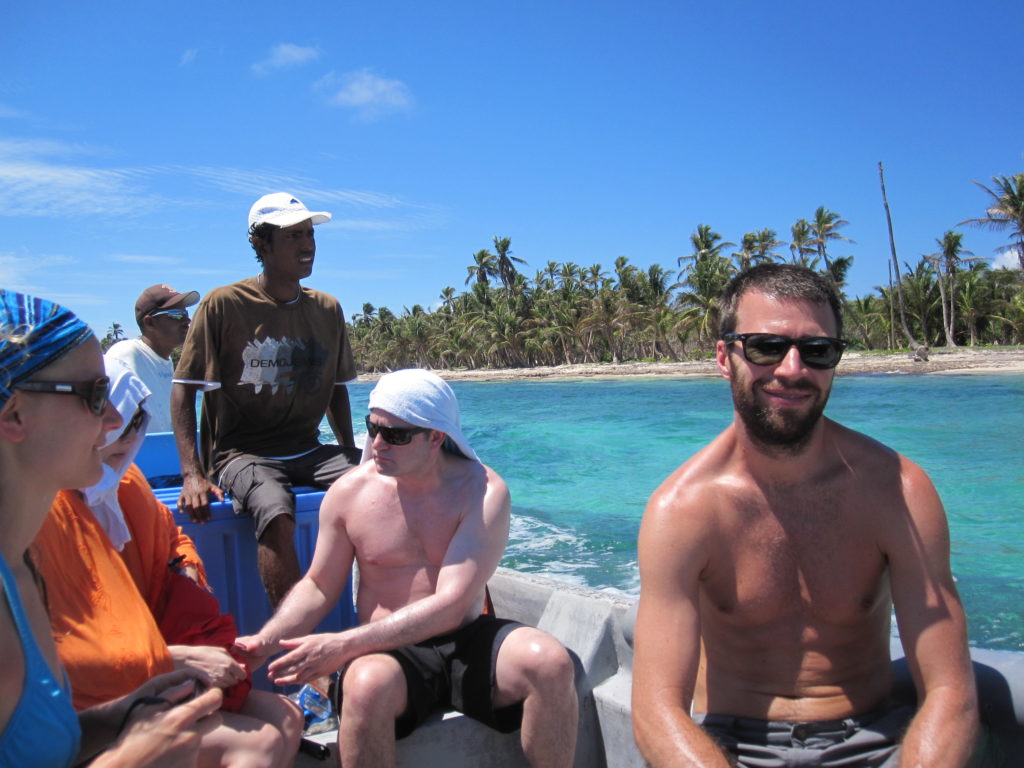 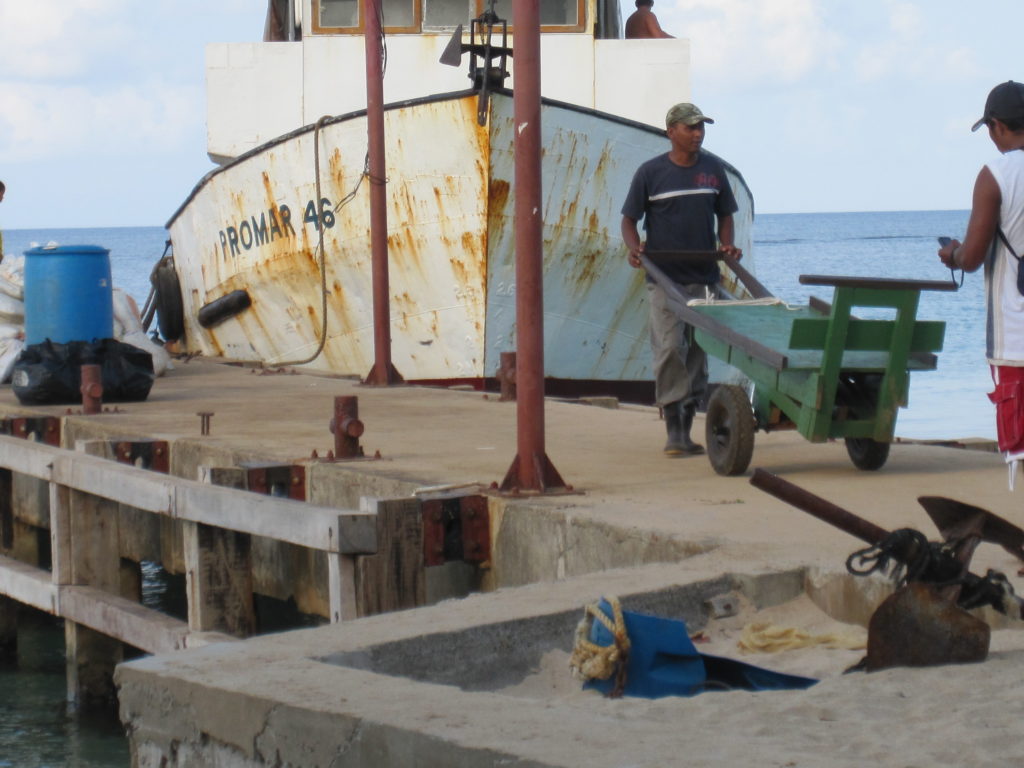