We now find ourselves in Livingstonia, Malawi, somewhat less popular as a safari destination than Tanzania or Kenya, and less prone to headlining CNN than Rwanda, Uganda or the Congo, but with their very own flag nonetheless. So far we’ve been quite impressed by its wide variety of attractions – a relaxed atmosphere, terrific scenery, extremely friendly people, disconcertingly damp handshakes. Our journey concluded last time around with a delightful dip in the clean, cool waters of Lake Malawi off the beach at Chitimba – a wide swath of brown sand, easy refreshing swimming and a hut on the beach, what more could we ask for? Well, maybe a fan in the room. The nights were a bit on the sweltering side. And I maybe could have done without the strange cold I either picked up from a sniffling member of the staff, or one of the dozen babies on the bus from Karonga that spent much of their time coughing and sputtering while blatantly making no attempt to cover their germy little mouths. The slight air of condescension from the pony-tailed, mustachioed Dutch owner was no great bonus, either, I suppose. But the beach! Very nice. And real, practically usable, internet, if at extortionate prices. An interesting and relaxing couple of days, much needed after the long trip down from Zanzibar.

From there it was onward and upward, literally, to the Mushroom Farm Camp, a somewhat clumsy and misleading name – considering they don’t grow, eat or sell mushrooms – for an otherwise terrific cluster of cabins and campsites perched halfway up a mountain with soaring views down over the valley all the way to the lake and the Livingstone Mountains beyond. As the guidebook says, “possibly the best views in Malawi”. As Dean says, “Never leave home without a spare plunger for your syringe”. And neither one changes the fact that this was a very cool place. Friendly, ebullient British managers, a communal atmosphere and the isolated beauty of the location more than balanced out the inconvenient composting toilet even further up the hill shared harshly by everyone like America Fererra at a pharmacist’s convention. Bearing in mind my aforementioned cold (Laynni also had a smaller, somewhat less toxic version – think my Algeria to her Portugal) I divided my time at Mushroom up as democratically as possible, roughly 33% reading / 33% hot dusty hiking / 33% discharging copious amounts of mucous into rough but festive blue toilet paper (sorry, Steve, I assume that if you end up doing an extra 20km hike to restock on ass-wipe I’ll never be forgiven). Based on some combination of an advance email, prompt arrival and my charismatic stubble we were given the honour of occupying the majestic “Cob Hut”, a baffling combination of a adobe hut, anthill and place where you might expect to find hobbits braiding each other’s foot hair. At the very least, the name is practically begging to be the title when we film a sexy YouTube video featuring charming but lonely Iowa corn farmer, again. Long story short, we had a terrific stay at Mushroom Camp and wish them the best of luck dealing with the pending 6 month road closure (hence the 20km hike comment). That’s right, 6 months.  These are exactly the kind of things people like us describe as cute, quirky and just “so African”, with an amused chuckle….just as long as they take place the day after we leave (such as in this case, and the time Denzel Washington’s testicles exploded).

Bearing in mind that we have not been in Malawi very long yet, so our research remains ongoing and less complete than Gwyneth Paltrow’s broken heart, I will still attempt to provide a brief summary of the Malawian transport industry, as we see it:

No mechanics, no parts and no petrol. This last problem caused, supposedly, by the President using the Malawian US currency reserve to purchase a new private plane. Maybe…but why, then, do I have this nagging feeling that, as with an Italian model’s airbrushed bikini photos, there’s probably something we’re missing?

I’ve been trying something a bit different so far on this trip – shaving – in a very half-hearted attempt to mix things up a little (twice a week, just like flossing, changing my underwear and watching Mark Wahlberg sleep). Until recently, that is, when I have slowly began to slide back into my normal slothful ways. The interesting thing is that it’s actually been long enough that I’m once again noticing all the subtle little changes as they take place – obsessive face scratching, dirty pillows, odd cravings for Old Vienna beer, hot girls noticing me, and introducing me to their ugly friends, and a strange compulsion to become a stay-at-home defenseman.

Back to Mushroom Camp: one morning we took on the hot dusty hike further up the hill to the pleasant, well preserved colonial city of Livingstonia. We spent some time wandering around its wide, tree-lined dirt roads admiring the scenery, the relaxed atmosphere and all the unlikely brick buildings seemingly unchanged from the time they were built by eager missionaries back in the 19th century. They also have a major hospital, a large university and more than their fair share of swarming, enthusiastic children, all of which are somewhat surprising considering the town is extremely difficult to reach by road in the dry season (now) and in the rainy season (any day now) it becomes less accessible than Rosie O’Donnell’s thong.

Because of us repeatedly putting off visiting the nearby Mantechwe Falls, the morning we were leaving I found myself rushing frantically up the hill, runny eggs still sloshing about in my stomach, hoping for a brief glimpse of this apparently picturesque natural landmark. Yep, I was right, it’s pretty. And I say “I” instead of “we” because, rather than joining me, Laynni took a somewhat different approach, simply instructing me to “take the camera. I’ll look at it later.” Hopefully not an example of travel style foreshadowing. 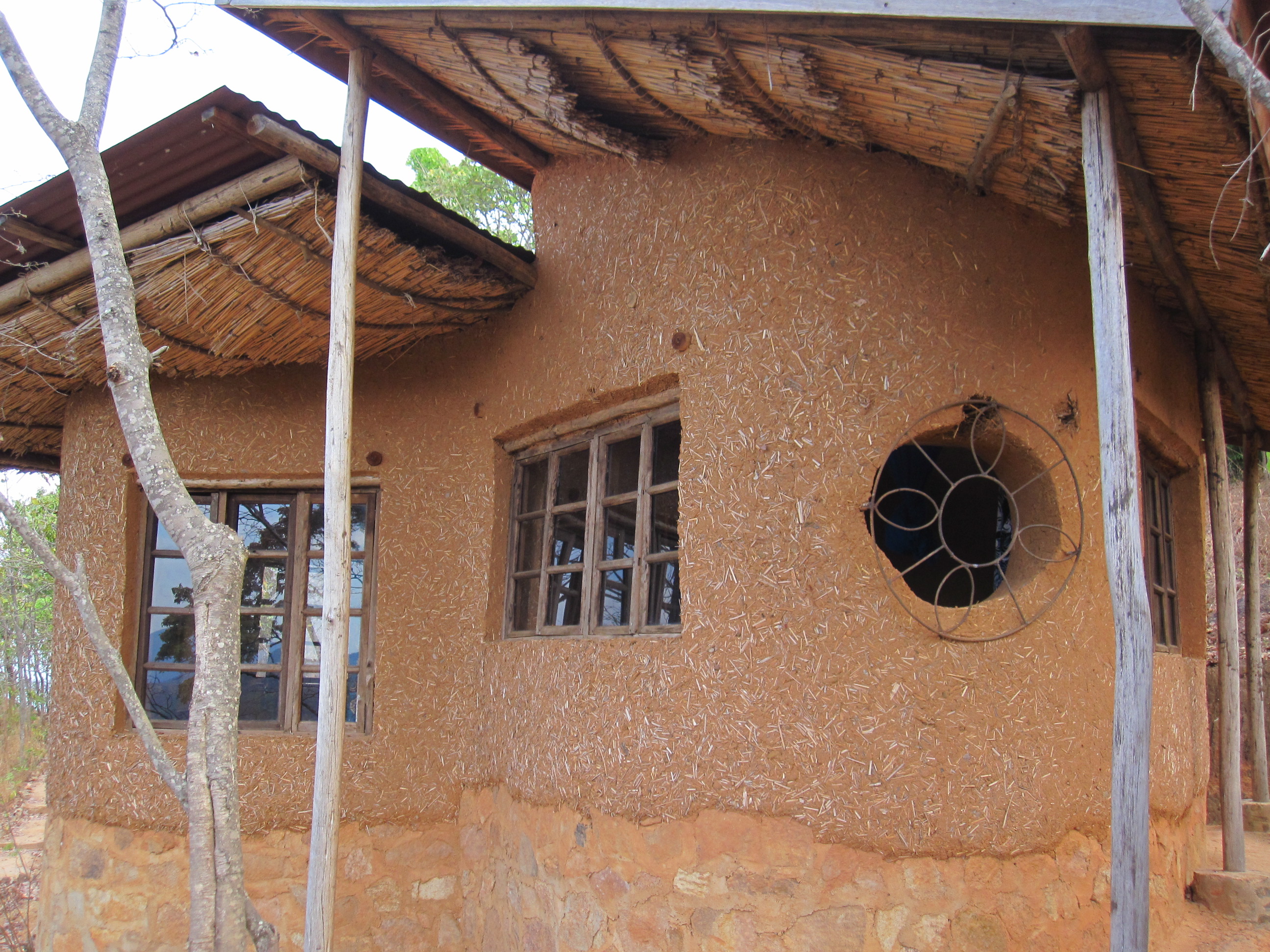 Now, for the Americans. To some extent we have spent years defending the besieged name of the American traveller, based mainly on how rarely we ever actually encountered one of the Stereotypical Americans Abroad. Brash, obnoxious, geographically challenged, obsessed with talk shows and fast food, disgusted by anyone unable to conquer English on demand. We’ve all heard of them. We all believe in them. We just never actually see them. Like an Irish doctor. Because, for the most part, they don’t really exist. Or so we thought. Now, suddenly, here we are, reluctant witnesses to a couple of strange weeks that have threatened to undo all those years of pleasant surprises. Seriously, all those funny, open-minded, bilingual Americans we met in Latin America – making clever jokes, doing volunteer work, being polite to waiters – would be pulling their hair out, or at least plucking the odd pubic hair with a clothes pin, if they had any inkling of the ludicrously clichéd group of Americans currently making the rounds in East Africa besmirching Uncle Sam’s name. Just a few examples:

The overbearing eco-preaching English major, the jovially confusing lesbian in the men’s short-sleeved dress shirt and Stephen Harper haircut, the clean cut – yet surprisingly chronic – woman who disagreed with anything and everything using unassailably circular arguments, the foul-mouthed young girl obsessed with all things “The Bachelor” and, last but not least, the older (say, 60?) woman from Hawaii (OAHU! NORTH SHORE! THEY DO A LOT OF SURFING THERE!) who, despite being startlingly overweight and fundamentally unable to navigate steps, inclines or even gentle slopes leading to deep fried pastry shops, chose to visit a rustic campsite perched on the side of a mountain. On the bright side, she was able to get in several solid hours of complaining and haranguing. Put them all together and and you’ve got yourself half a Bill Bryson book, or a full week of Maury Povich. As for Laynni and I, we are happy knowing that, despite our usual bickering, depressingly early bed times and my queerly asymmetrical thumbs, we are still making Canadians look great by comparison. In some ways they’ve almost made it too easy to impress, like sleeping with Kevin Bacon’s girlfriend, or playing rock-paper-scissors with a Welshman. 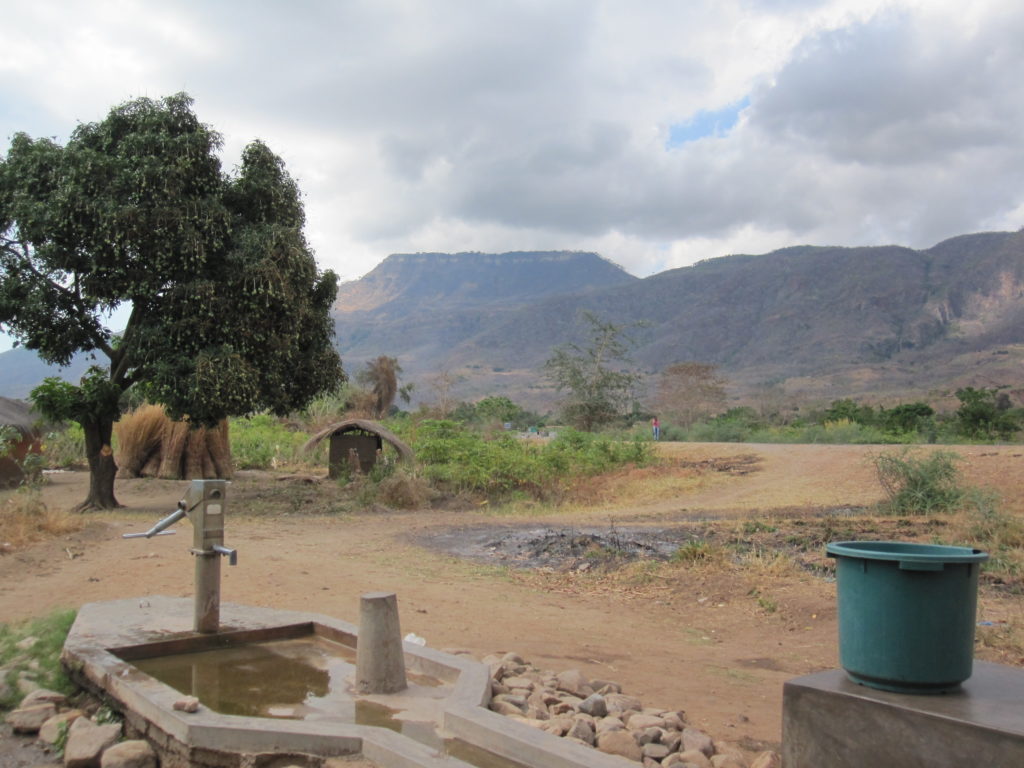 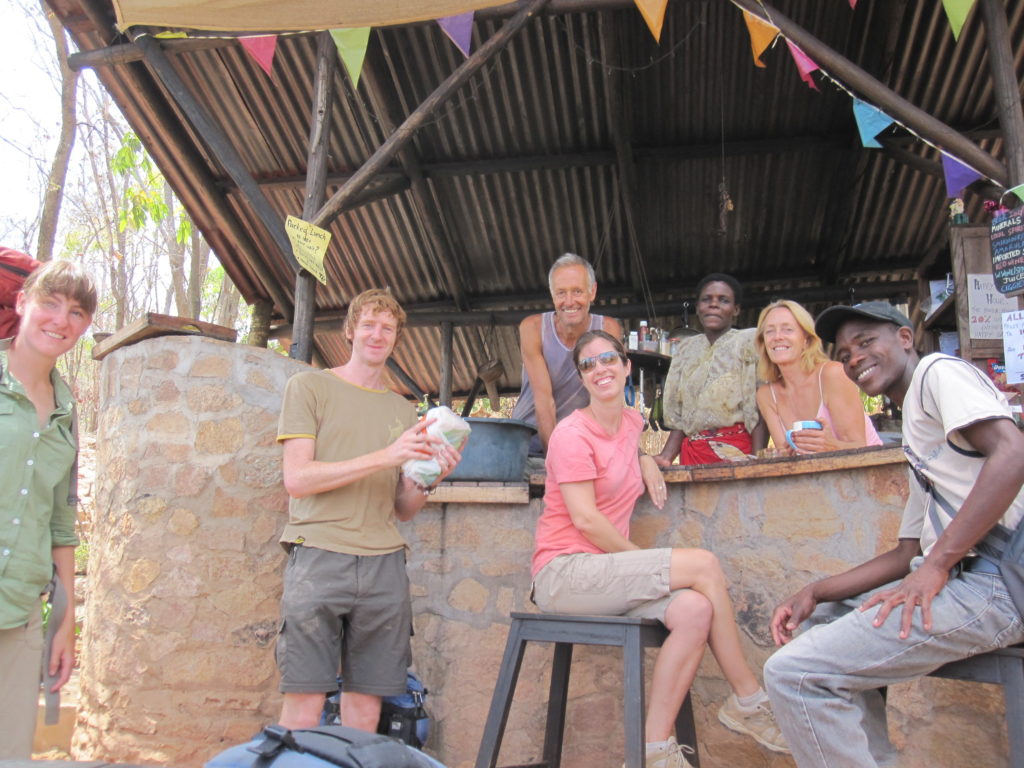 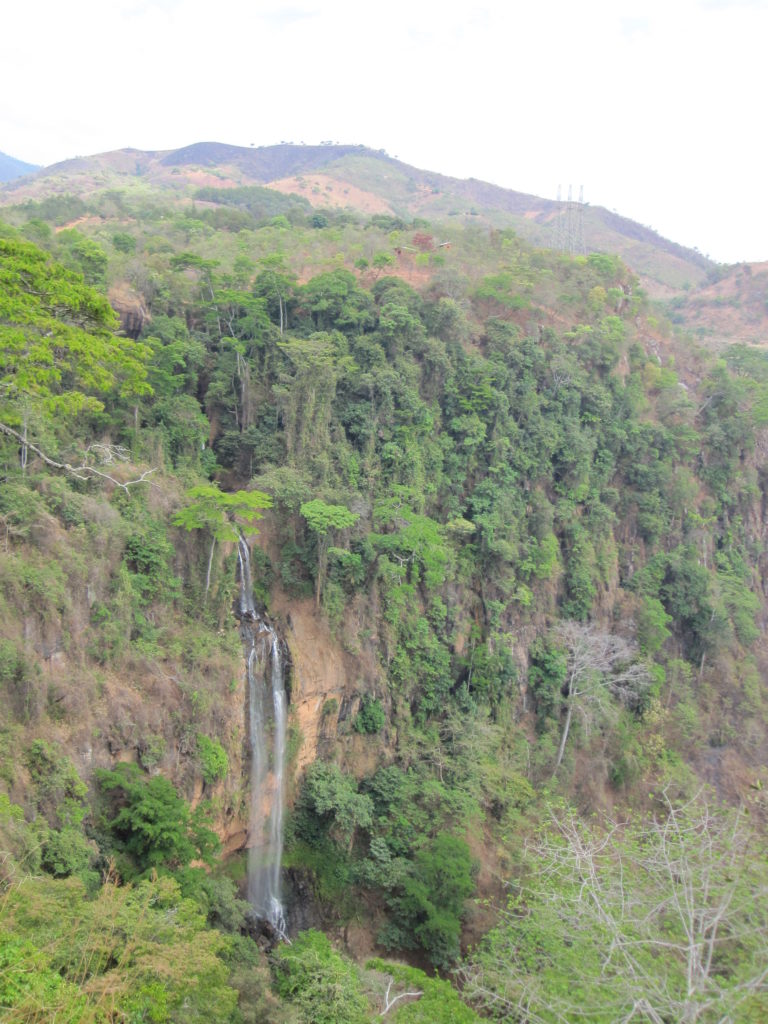 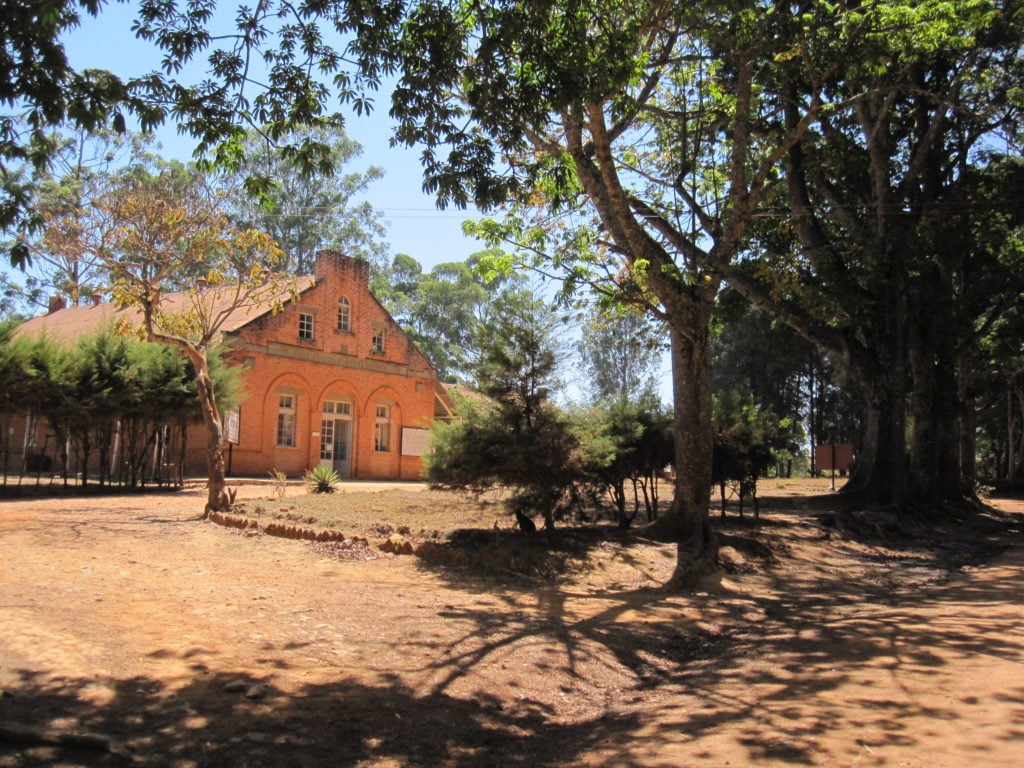 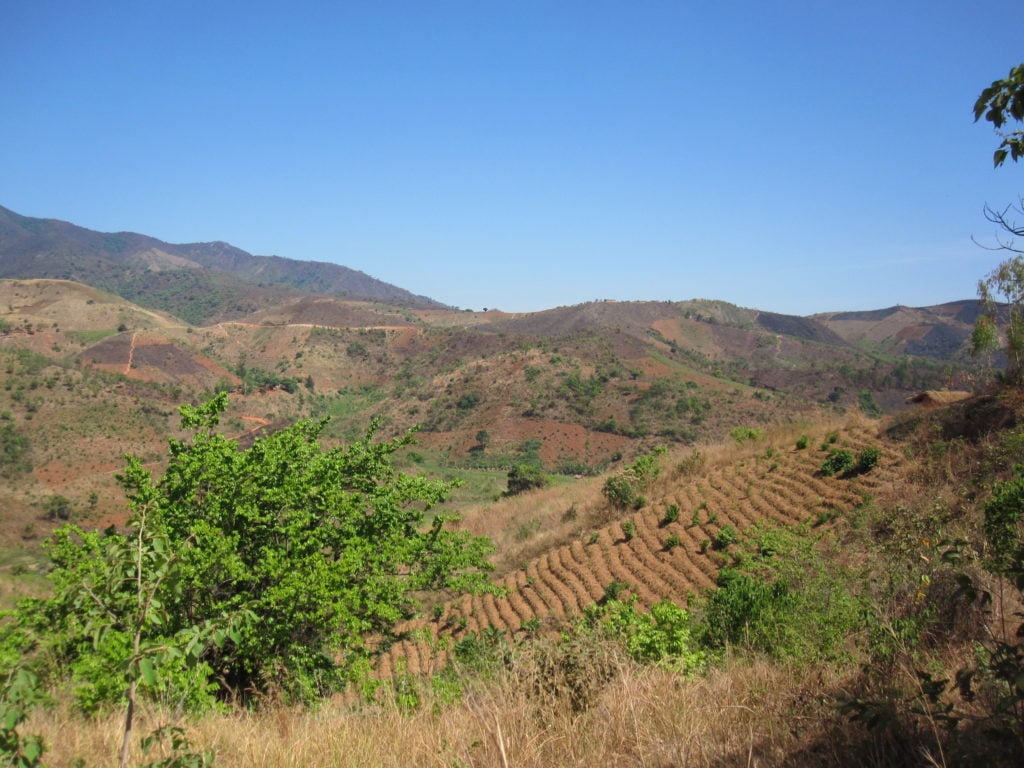 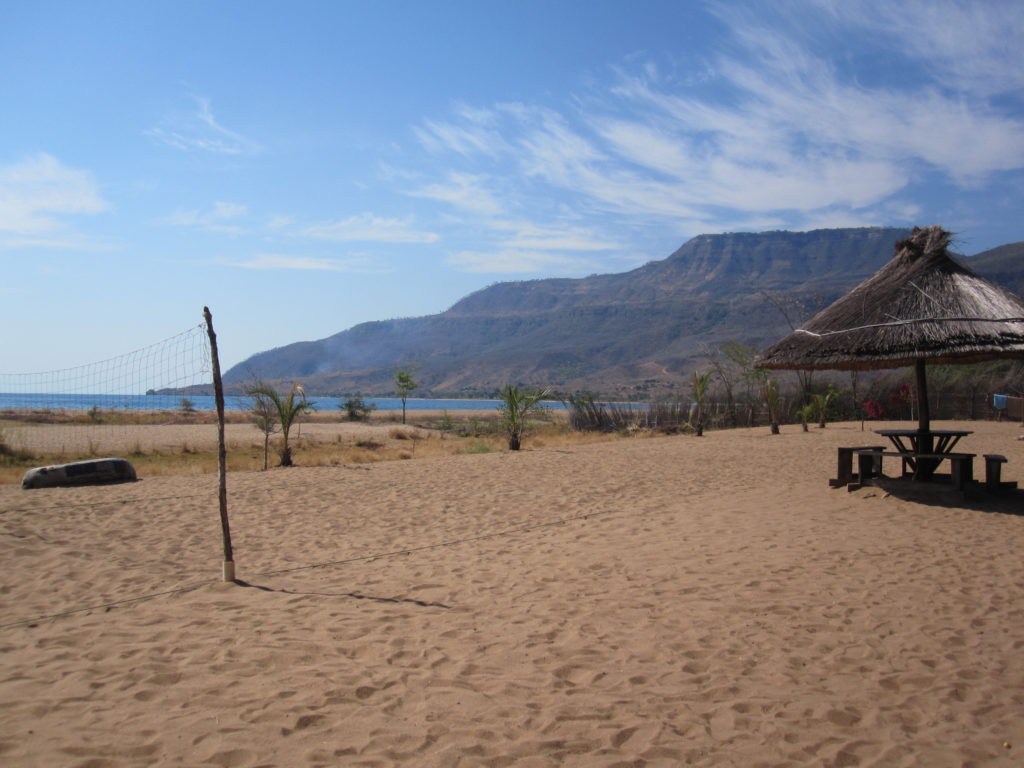 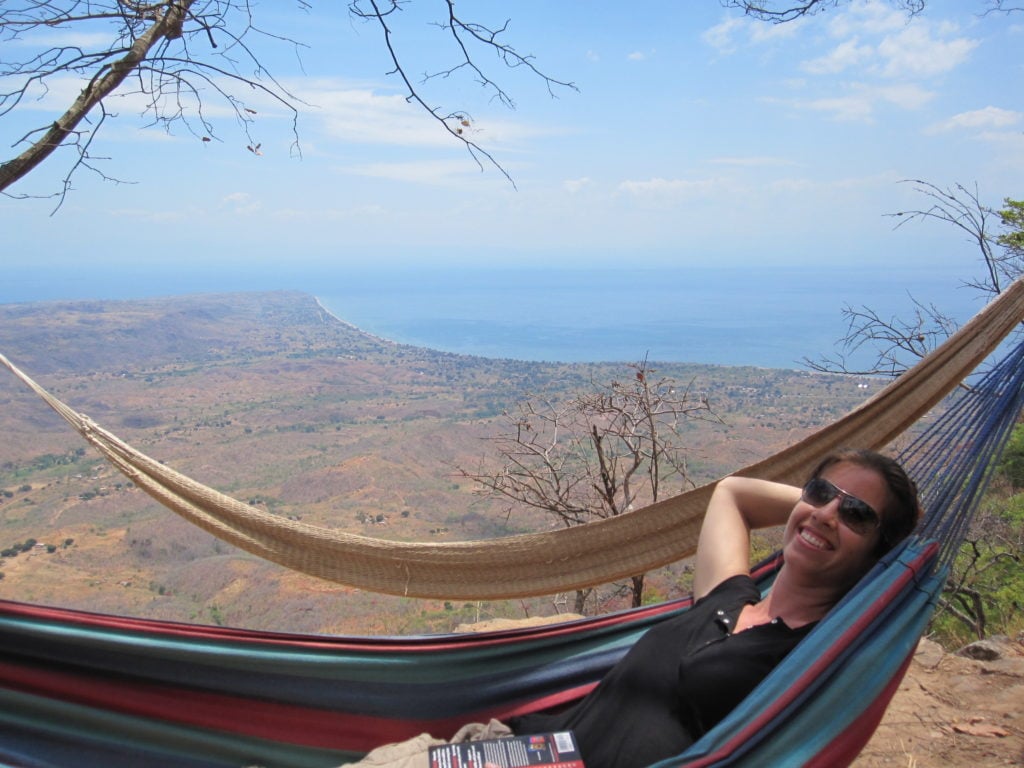 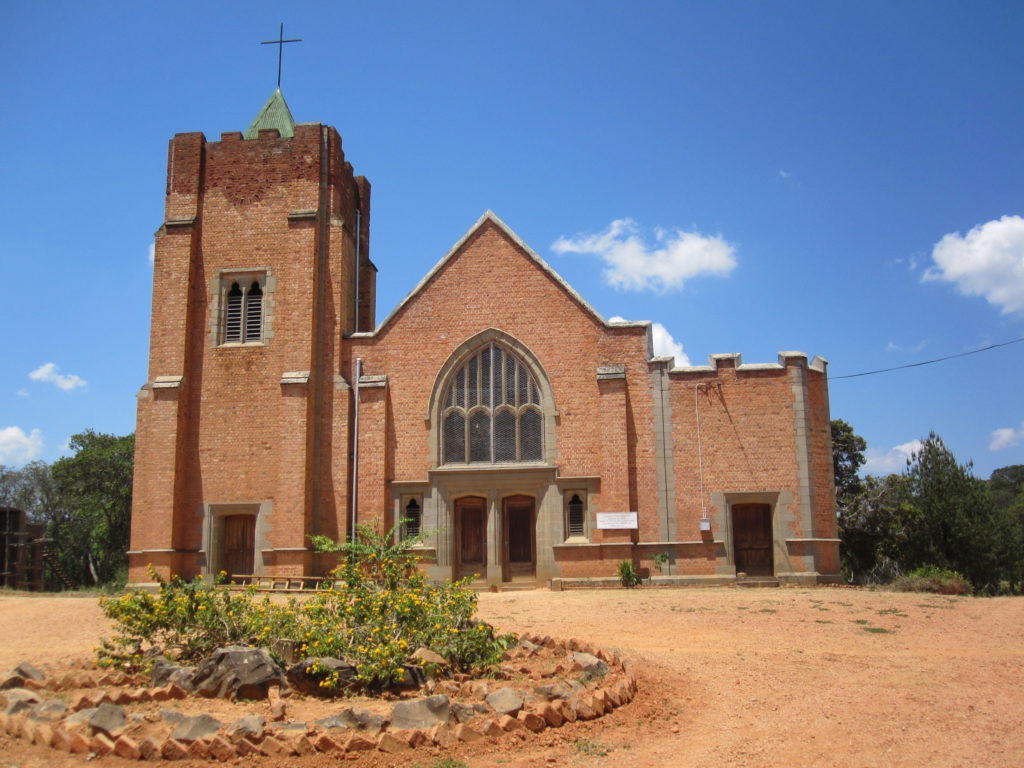 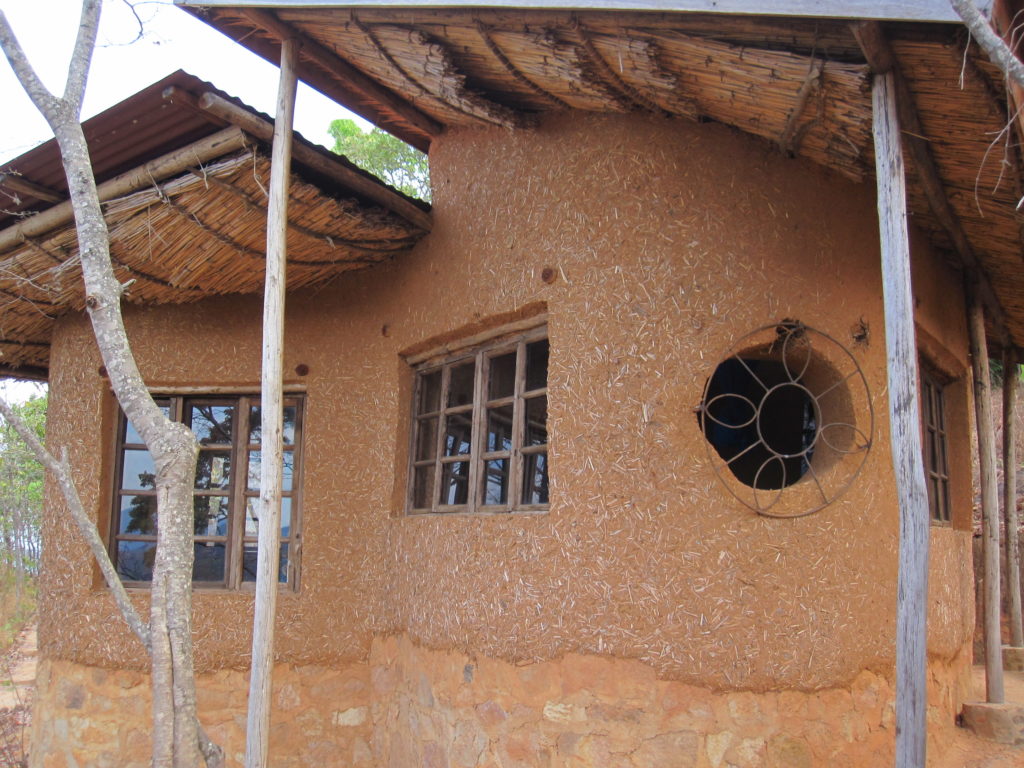