Loitering and Lingering in London

The sun was already well up in the sky, the morning church bells of London already on their second go round when he finally began to stir, eyes creaking open grudgingly like day old grilled cheese sandwiches. He ever so slowly sat up, pillow creases lining his face like the crumpled twenty in a hooker’s front pocket. He looked around in a daze, seemingly bewildered to find himself in the same room he’d woken up in thousands of times going all the way back to his first memories as a precocious young bed wetter. A couple hard, but decidedly unsuccessful, blinks were followed by a quick glance at his watch, a double take, then a wince as the pain in his temples rushed to catch up to the carelessness of his actions. Slowly shuffling across the huge chamber, one hand on his ample forehead, the other with a strong grasp on his blatantly protruding junk and, despite his apparent youth, looking for all the world an aged collector of vintage pornography.

With very little change in his physical state taking place over the course of his long arduous journey across the room he soon found himself contorting his body into that universally male position of humility, leaned sharply over the toilet, head braced against the cold tile of the wall while his hand fumbled away below in a desperate attempt to discover the seemingly magical combination of angle and pressure that would somehow allow him to overcome his epic and ongoing struggle with morning wood, and just take a piss already.

He soon called a halt to the process in light of his very mediocre success, changing his focus to the shower in hopes that a barrage of steaming water would shock his system out of its state of stubborn reluctance. Although an off key rendition of two and a half lines of “Mambo Number 5” proved to be of little help, he did find himself somewhat refreshed as he finished toweling off and wandered over for a closer inspection of the flamboyantly colourful ensemble left waiting for his attention. He frowned, picked up one of his used socks from the previous night and after a cursory sniff shrugged indifferently and tossed it on the “today” pile. They had at least another day or two in them, if he was any judge.

A sudden head rush forced him back to a seated position on the bed where he proceeded to finish off what was left of yesterday’s Yorkshire pudding, after another cautious sniff, of course, and then set himself to the task of recreating the previous night’s events with the help of his electric blue iPhone. He slowly scrolled through the photos and, despite everything, still managed to be a little surprised at both their random meaninglessness and overwhelmingly alcoholic focus:

Forcing an unconvincing smile over the rim of his wine glass at dinner, drinking bourbon in the back of the limo while his other hand was caught guiltily down in his crotch in mid shift, a group shot of them enthusiastically downing a round of Jagermeister shooters, him huddled in the back of a dark booth grimacing over a “change of pace” Pimm’s – a sudden recollection…he gamely fights to recall details…his memory an elusive bar of soap sliding around in a cloudy bathtub…body shots! That’s it, body shots, him and, um, Hugh Grant doing body shots off…Victoria…yeah…Victoria Beckham? Perfectly on cue the next photo slides onto the miniature screen… it’s him and David Beckham, both holding bottles of Carling and looking fairly while struggling to suck something orange and fizzy out of Hugh Laurie’s navel. Wow, close, but not the same, and not nearly as good, he thinks. And the following photos don’t get any better –surrounded by onlookers wielding camera phones as he vomits into a large yellow purse, throwing coins overhand at half naked stripper cowering against the pole, on his knees on the dance floor pretending to fellate Elton John…

Now his head is pounding and he’s lost all trust in his memory, just in time to doubt the recollection grudgingly emerging in his mind from the previous night of him eventually running into Kate, his fiancée, the light of his life, the woman who will, on this very day, become both his wife and the newest member of the Royal Family. The woman who spent the night in his bed and provided some semblance of a happy ending…um….oh dear.

Having given ourselves very little time to recover from our hiking excursions in sunny Scotland we nonetheless rallied the troops and rushed back down to London just in time for the big wedding – I present to you Mr. and Mrs. Dennis Highgate of Cornwall! Plus, we heard somebody in the Royal Family got married, too.  That one’s a bit of a sore spot, having not been invited and all, but we’re giving them the benefit of the doubt since we’ve been on the road so much and haven’t really been all that easy to track down, and from what I understand the Royal Dial-Up still isn’t real good with attachments. So there we were, watching on TV like schmucks while everybody and their Guy Ritchie got to get up close and personal. On the other hand, what better way to celebrate the biggest Royal Wedding since 1981 than spending the day in South London at an authentic Royal Wedding Champagne Brunch, BBQ and All Day Drunk? Attended by an odd mix of Londoners, Scots, Canadians and Kiwis. We even had enough diversity to attempt our very own Commonwealth Games.

I fared quite poorly in Royal History and London Tabloid Facts, and was merely passable in guessing soccer teams with Royal relevance but redeemed myself somewhat at Beard Scratching and Beer Bobbing. Laynni and her cohorts successfully honoured British Colonialism with extensive Match Fixing and by enthusiastically Oppressing Free Speech. If only we had managed to destroy a harmless Dutch trading galleon and bath once every six months it would have truly been a fine day in London in 1645.

Now a short list of comments regarding the Royal Wedding which, it turns out, are terrific conversation starters:

Eight hundred years of inbreeding hasn’t done anything for that hairline.

I think it’s the least the taxpayers can do.

Who would you rather nail – Fergie or Kate Middleton’s brother?

That Pippa looks like a swallower, don’t you think?

The following day’s hangover(s) notwithstanding, we ended up spending a gloriously relaxed weekend availing ourselves of the wonderful hospitality of Grant and Debbie, a couple we’d met up with in various locations around the world over the past year. Their plush couches and mesmerizing big screen TV were the obvious stars of the show, but their robust wit and helpfully complementary lethargy definitely came a close second (although if Rice Krispies had been in the mix all bets would have been off.) Despite not finding it necessary to unduly exert ourselves over the course of the next few days we still managed to check off a reasonably impressive list of essential London experiences:

Drank beer and shandies out of plastic cups in the park

Drove on the left side of the road

Drank champagne and called it “Champers”

Used the word “fanny” in reference to the female vaginal cavity

Had a Pimm’s on the bank of the Thames (which, believe it or not, actually rhymes)

All essentially formative British experiences. Now all we have to do next time around is queue for takeaway fish and chips, find ourselves some really tight trousers and then watch some dodgy bloke have it off with an up the duff minger. Our work is never done. 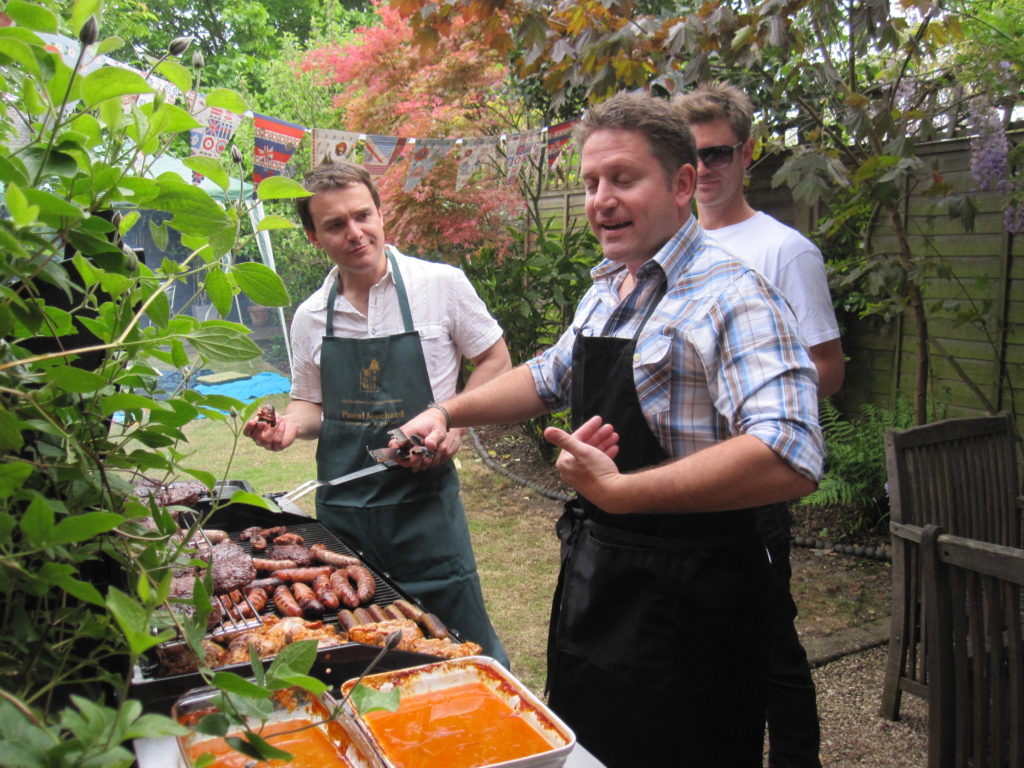 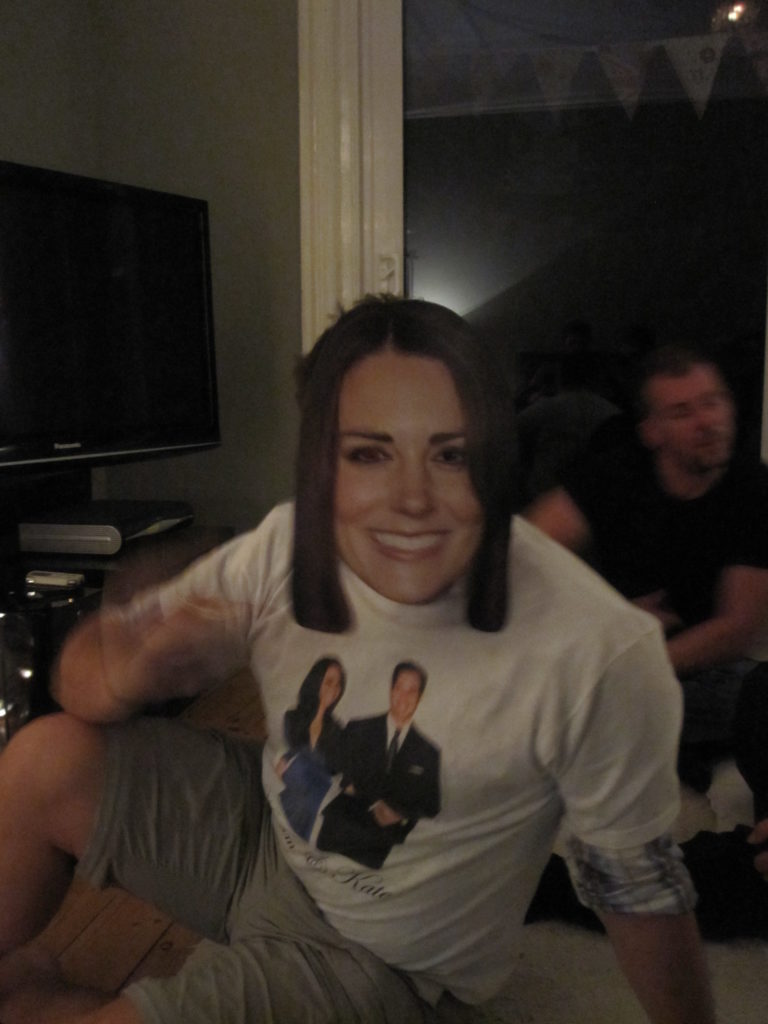 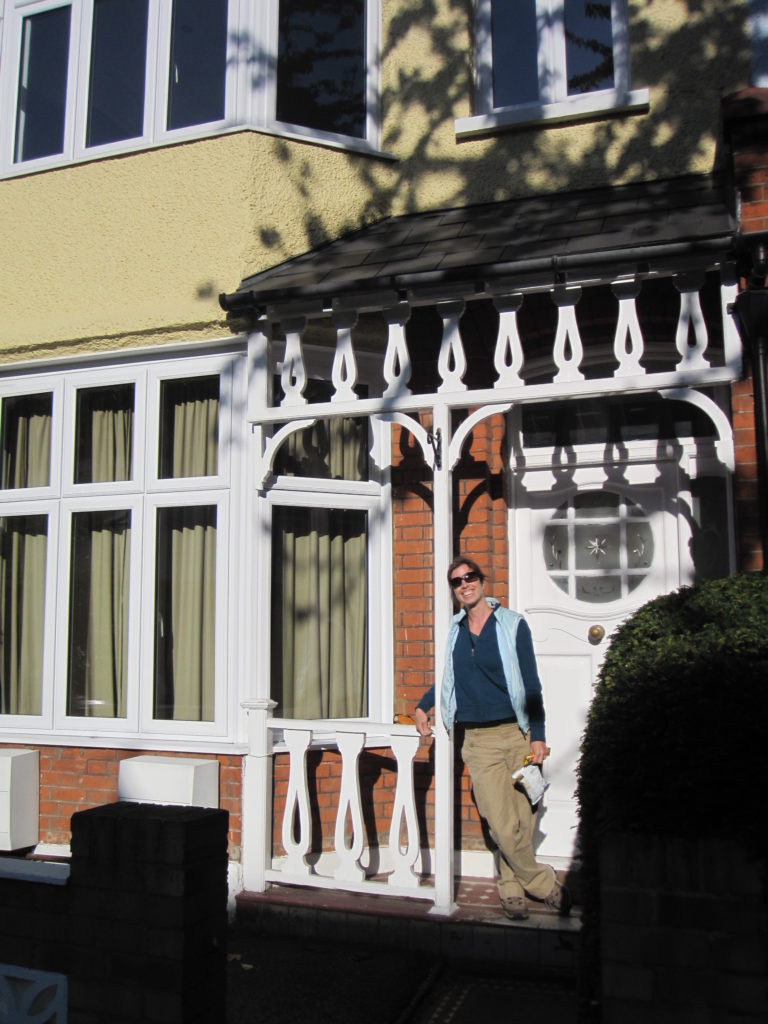 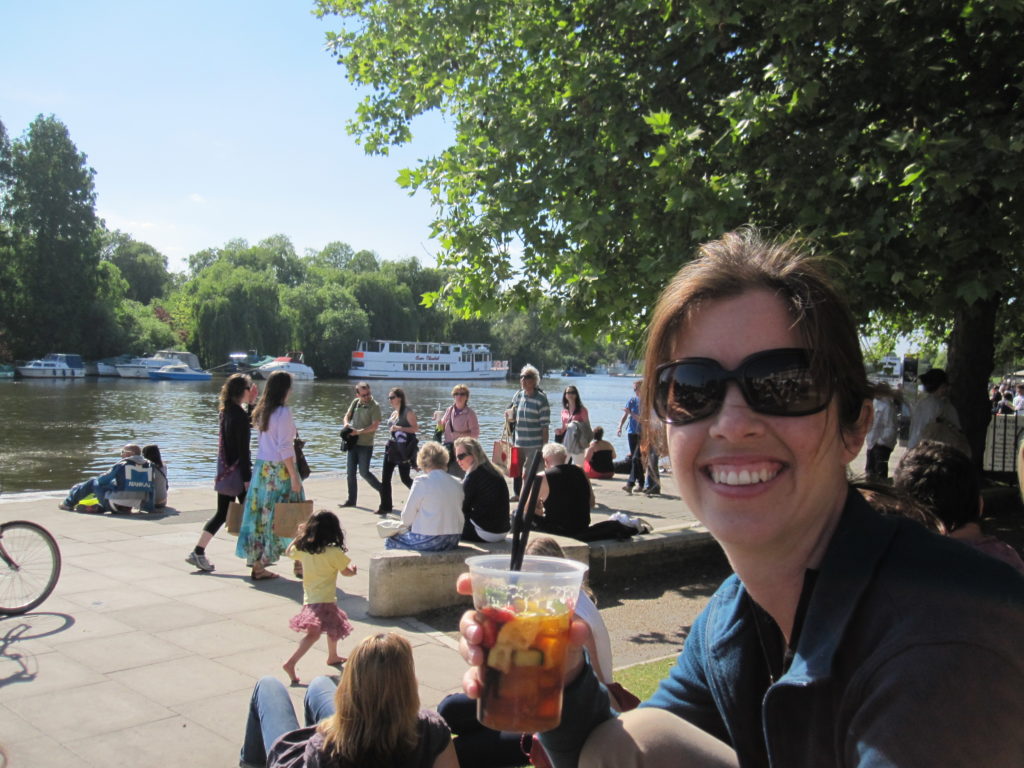