Lushoto by Morning, Usambara by Night

With our epic Tanzanian safari now in the books we once again set our minds to onward travel, specifically to finding the best bus possible to take us the 5-8 hours (notice how the range gets wider and wider as we gradually catch on to the true extent of “African Time”?) to the quiet little town of Lushoto, nestled (using words like that make me feel like I’m the smiling guy in khaki pants in an SPCA commercial) in the Usambara Mountains along the border of Tanzania and Kenya. The place we ended up, Muller’s Mountain Lodge, sits in the leafy green crux of a lush valley at about 1,800 metres, bestowing us once again with some agreeably cool temperatures. All in all, we’ve been very surprised at how many of the African towns we’ve visited are at altitude and not sweltering hot the way we had imagined (I’m speaking temperature-hot, not sharing-a –toothbrush-with-Hugh-Grant-hot), partially due to LP’s steadfast refusal to mention populations or altitudes in their East Africa guidebook, strangely, since in most of their books they cling to these types of basic facts more tightly than a closet fart. Either way, we’ve been very excited about how often we’ve been able to make use of “Big Yellow”, the thick yellow (surprise, surprise) hoodie we picked up in a Congolese market with every intention of using it only on our night on the volcano and then ditching it faster than a girl with testosterone cream on her nightstand. At least half a dozen times since then it has come ever so close to becoming the new prized possession of an surely indifferent cleaning lady, but each time it has somehow found its way back into my bag, stubbornly hanging in there to display prominently in many of our pictures, voraciously drawing the eye like scabby cold sore.

Anyway, a very great stay at Muller’s spent reading, hiking, sitting, drinking the local coffee (free and available 24 hours a day – Nadine was as giddy as a Republican with a new hand gun) and napping while strangers enthusiastically attended to all our soiled undergarments. A version of heaven, for sure. Then I had to go getting cocky, renting a mountain bike and making the puzzling decision to consider a hilly 30 km round trip to be a reasonable undertaking despite legs atrophied by endless days in the back of a Land Cruiser and two months having passed since I last jimmied a narrow bike seat up into my rectal cavity (if I had thought of it that way at the time I surely would have reconsidered). Up, down, up, down, up, down, down, down, up, up, up, up, up, up, guzzled a Coke, down, oh my god every pebble feels like a red hot poker tickling my lower intestine, down, back up, back up, collapse in sweaty heap, rain begins to fall like on my prone form like Shawshank sans the feces, and with fewer white guys around. I also found it interesting that before I went out the hotel made me sign (and compose) a declaration stating that, yes, in fact I am healthy and fit enough for biking in the mountains, despite what my scrawny legs and unhealthy pallor would have you believe. Then along the way at least three times while I was passing locals they smiled concernedly at me and shouted “pole pole!” which roughly translates to “slowly slowly!” in Swahili. And always while I was going uphill, never while speeding downhill at 50 km/hr. Putting all these pieces together I’m starting to suspect that sometime in the past some exuberant French or German tourist bit off a bit more than his wine and cheese slathered heart could take. On the bright side, the road to the nearest major hospital is all downhill, but that’s probably small consolation when it’s still about 6 hours away, you’ve lost feeling in your left arm and have a sudden hankering for crispy toast. Long story short, the coffee harvest must go on, ritual castration or no.

After a few enjoyable days in the mountains we rather wistfully packed up our belongings, including our soon-to-be-incredibly-redundant warm clothes, and embarked on our long journey to the heat, humidity and plentiful crabs of the Swahili Coast. Went smoothly, all in all, despite a minor reset of my innate pessimism meter.

Just when I was starting to feel like I was being overly suspicious every time I hounded a bus guy for my change sooner than he was willing to offer it, having it always seem to turn out that he was only waiting until he had the proper denominations, and had finally persuaded myself that – as preached by the constipated, the impotent and followers of the Leafs – “patience is a virtue”, I waited, and waited, asked and was politely implored to wait, waited, then found myself looking on in disbelief at the wiry bus guy in question dusting himself off while slowly shrinking into the horizon in the shallow ditch he found himself……..after hurling his body from the moving bus. But, really, no hard feelings, because, you know, if there was ever such a thing as a hard-earned $4…..

Had a couple hours to kill in Dar es Salaam, the big, hot, dirty (starting to sound like the trailer for a Mimi Rogers movie) capital of Tanzania, bought some ferry tickets, hit the bank, stopped off for some fast food (Steers – a South African chain apparently specializing in ball-less beef burgers) where, not three minutes after I foolishly observed that I was surprised at how few problems we’d had getting change in Tanzania, I was turned away (turned away! Not asked to wait, or condescendingly frowned at, but turned away by a major fast food chain because I tried to pay for an ice cream cone with the equivalent of $6 dollar bill. Things like this, much like Hank Azaria’s chest, never cease to amaze.

Now we find ourselves on the exotic isle of Zanzibar – sailors, spices, smugglers, the slave trade, sack sweat and the setting of many a Wilbur Smith novel, Zanzibar has everything you need for a romantic beach getaway. The full scoop headed your way next time around.

p.s. A brief sporting note that Laynni insisted I mention, because she finds it so incredibly interesting and certainly has a full grasp on how unusual and strange a coincidence this really is (really!). It goes like this: I have forcefully dragged Laynni out to a grand total of two Major League Baseball games in her relatively long and illustrious life…and it just so happens that both involved the 2010 World Series San Francisco Giants…and both featured the wonky-but-effective pitching of one Mr. Tim Lincecum…who just so happens to have been on the mound for the Series clinching game. Which, mathematically speaking, probably means that Laynni has more live experience with the current world champions and their superstar pitcher/elf than about 95% of the multiple millions that were riveted to their TVs throughout this year’s playoffs. Is that cool? Sad? Just weird? Not sure, but I’m fairly convinced that it’s now no less than her duty to join me for a trip to Minny next spring to see Romero and the Jays play. 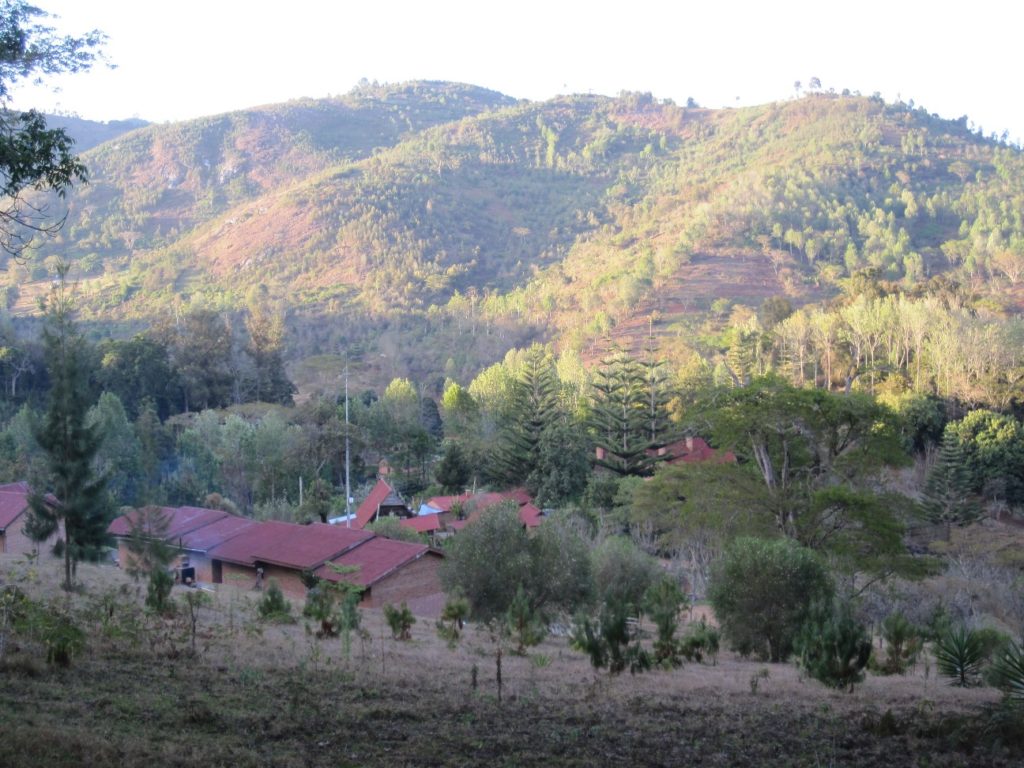 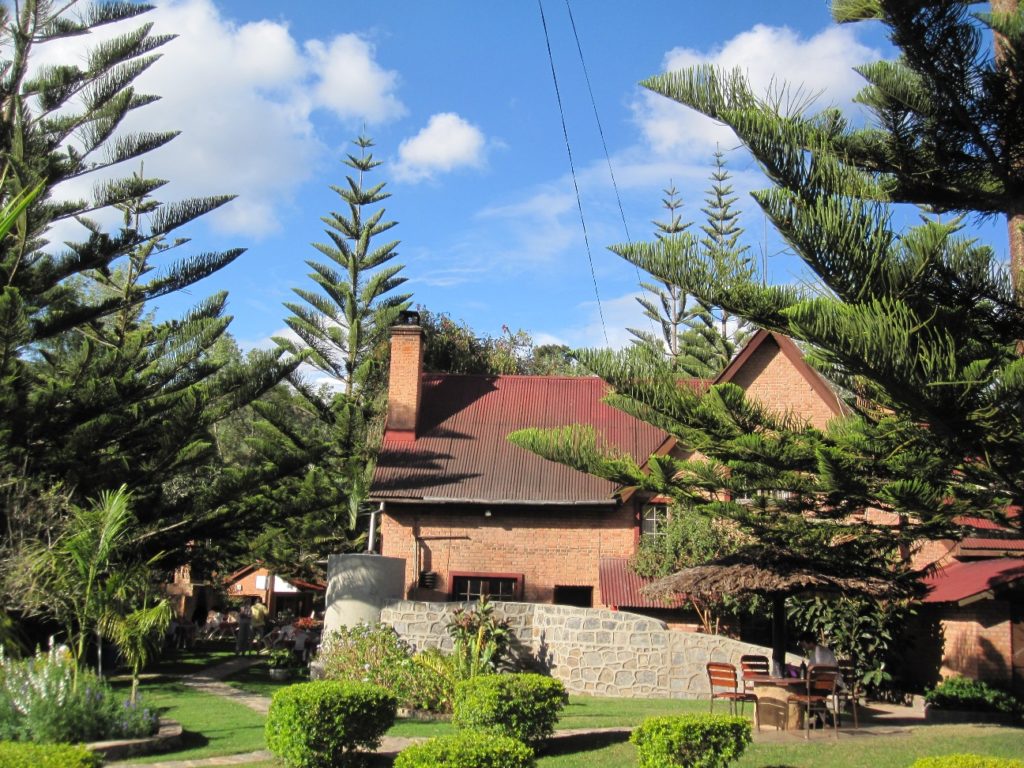 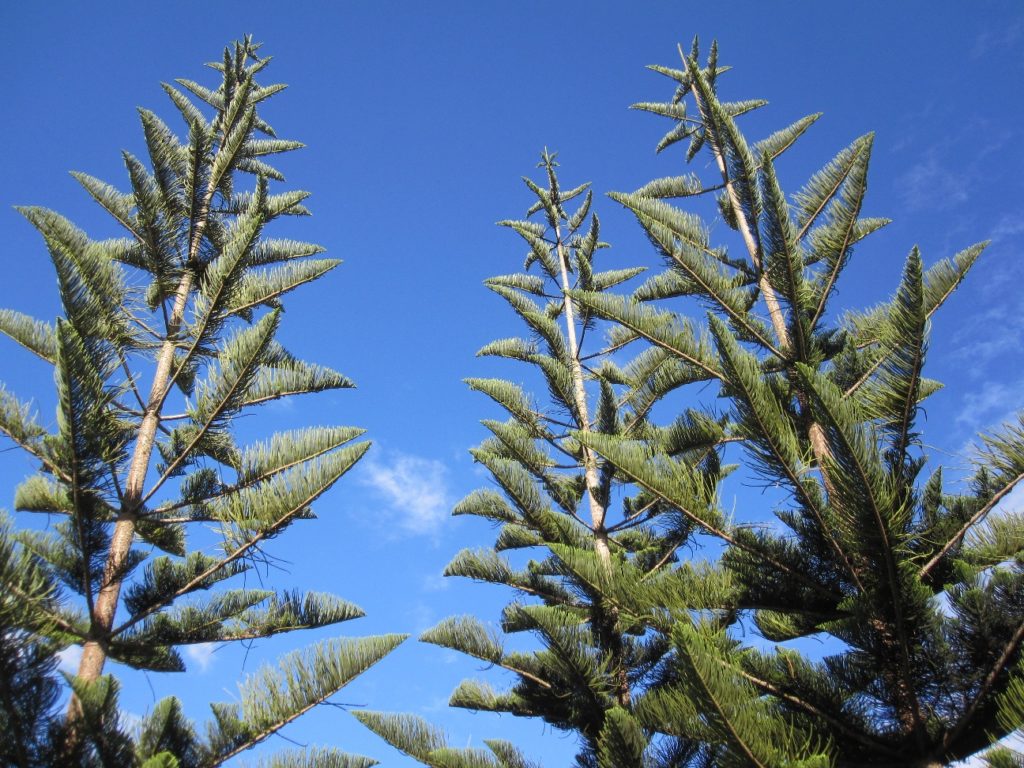 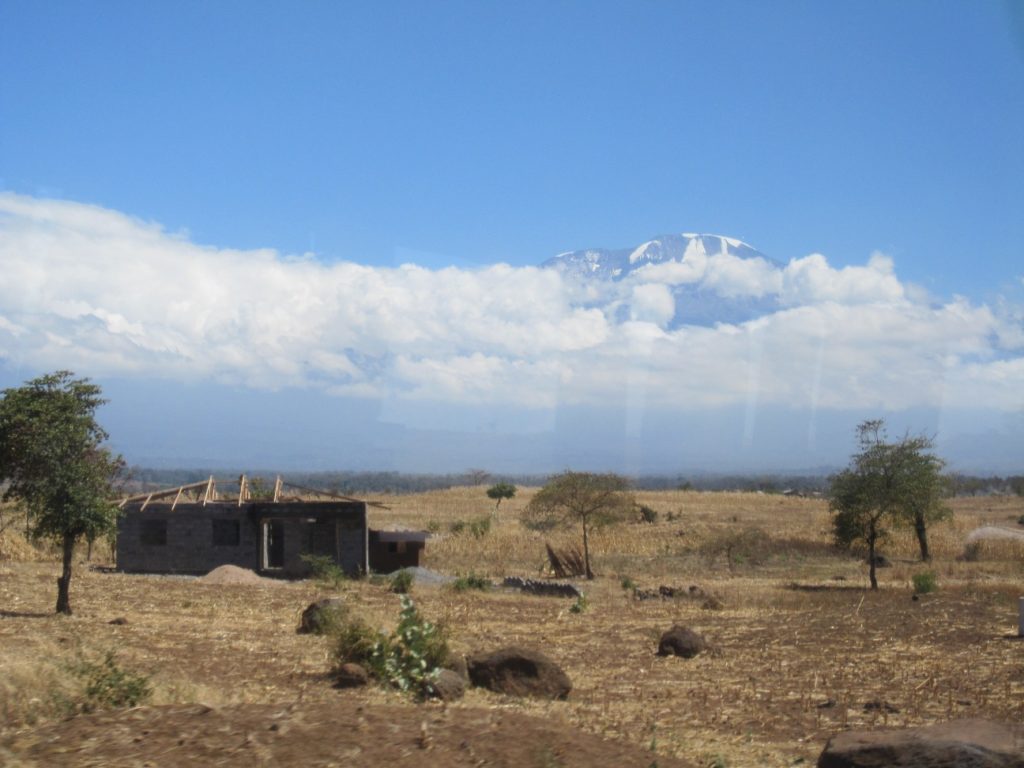 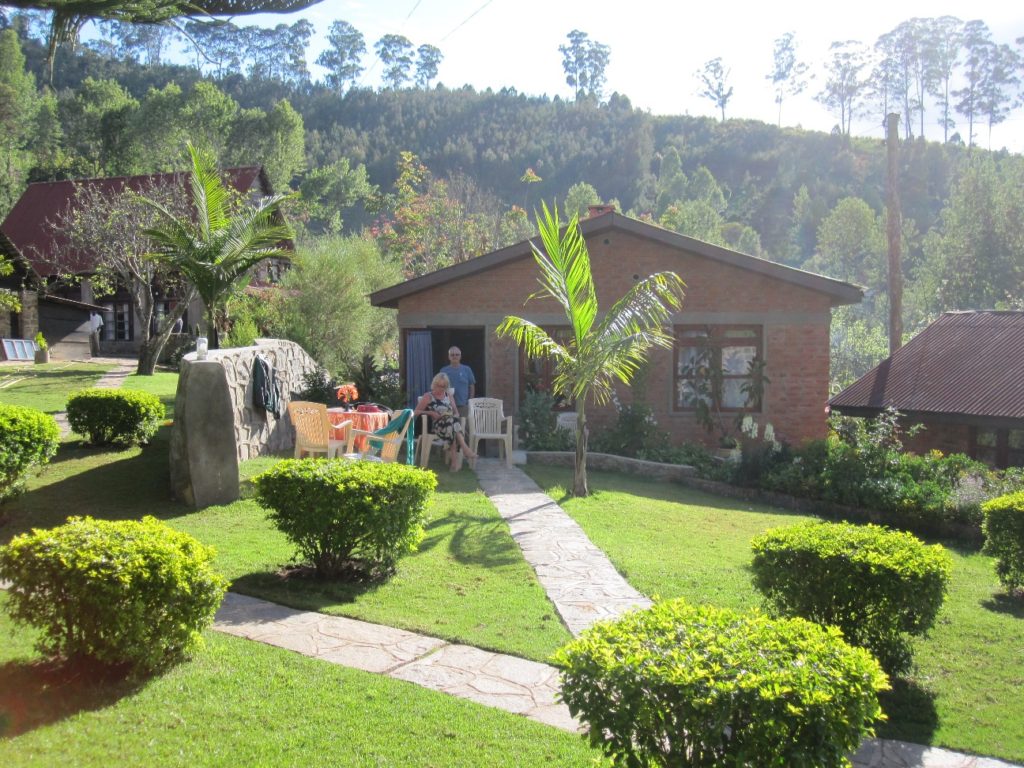 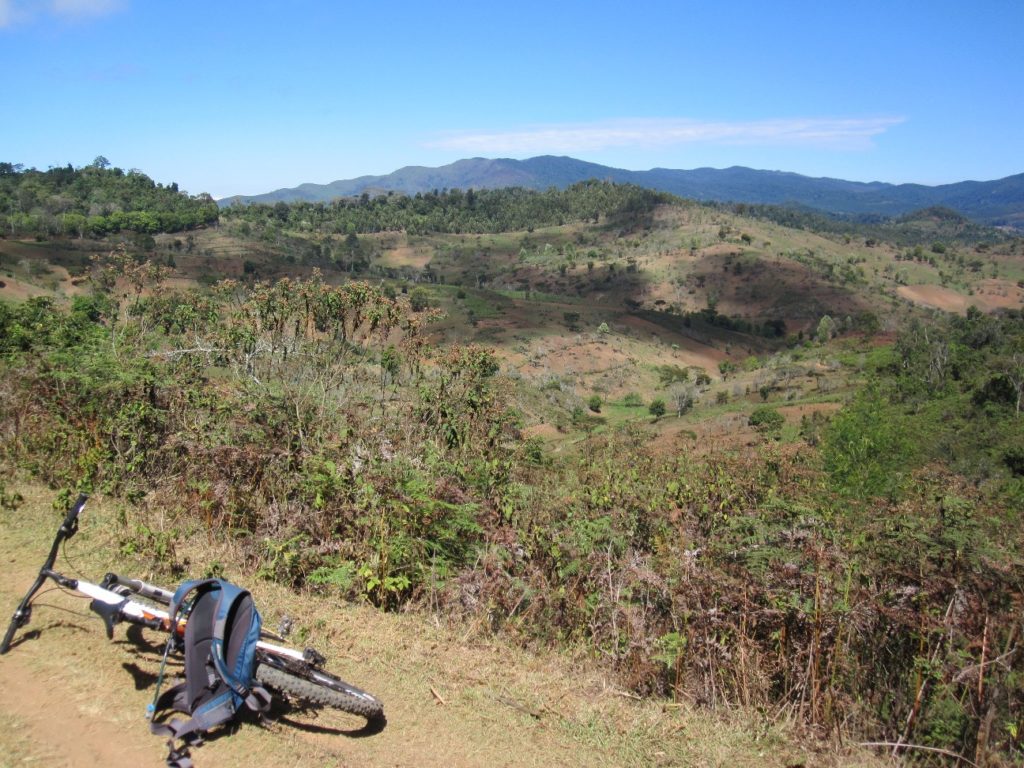 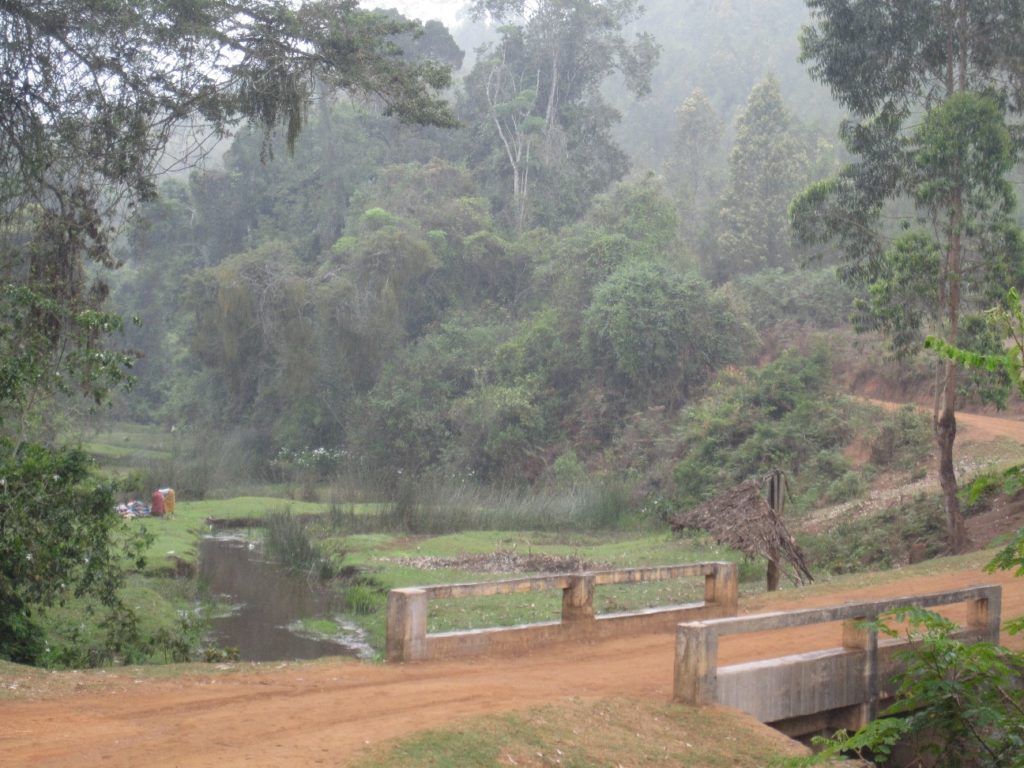