Made in Hong Kong

Well, we’ve been back in Canada for almost 2 weeks now, just long enough to visit Saskatoon, Regina, Prince Albert and Elk Ridge and get one Christmas finished up, another left to go on the more traditional dates. However, before that there was the small matter of our very first visit to the fascinating city/state of Hong Kong, a place I would have imagined to be a major Asian hub but which has somehow never popped up on one of our itineraries. But considering that for nearly a decade it has been the home of an old friend of ours, in fact one of Laynni’s oldest – in terms of history, not age, of course (I think Mike continues to lead the pack in age), we decided it was time to simply make it happen. It wasn’t a long visit, 4 days, but with Hong Kong being reasonably famous for the density of its population, the compactness of its throbbing metropolis and its efficient use of skyscrapers, we went on the assumption that seeing the sights wasn’t likely to involve vast distances or long travel days. Correct, as it turns out.

We were expecting/hoping/pining for a taste of Hong Kong’s modernity and a few of the nearly-forgotten comforts of home, greatly looking forward to Suzanne and Mark’s generously offered hospitality. And right from the start things were looking up, with Suzanne greeting us at the airport smiling and welcoming, in direct contrast to most of the other 29 or so flights we took on this latest, and possibly overly-ambitious, Asian journey. Despite vociferous assurances that we were to be honoured guests, I still couldn’t resist tipping her a few leftover Thai baht for her trouble, which she didn’t accept and which seemed to confuse her, but in my mind a clever gesture which I still attribute to keeping her from stopping off at any shops owned by “close friends” offering great deals on precious gems or authentic hill tribe crafts (for the record, she claims that to the best of her knowledge the only thing her close friends sell are raffle tickets for their children’s Christmas pageant versions of Hamlet).

Knowing we were to be greeted, hosted, informed and guided by a local resident we completely neglected the due diligence we normally undertake as to the ins, outs, political nonsense and sordid sexual scandals of a pending destination. In fact, we have rarely been so clueless upon arrival in a new country. Yes, technically we had just been China back in September when we visited Beijing, but at this point we weren’t even entirely sure how “Chinese” Hong Kong was these days, which I realize now is a pretty dumb thing to wonder about, and I’d say illustrates perfectly the state of foolish ignorance we were in as we strolled out of the baggage claim. However, thanks to Suzanne, the internet, and some long overdue common sense we soon learned a number of useful tidbits of information regarding Hong Kong:

Although it is often considered a single city it is actually made up of a number of different islands, only one of which is called Hong Kong, plus a fairly sizeable chunk of the mainland.

At over 6,500 people per square kilometre, Hong Kong has the fourth-highest population density in the world, behind only neighbouring Macau, as well as Monaco and Singapore, and well ahead of #230 Canada and its 3.6 people per square kilometre (not to mention Saskatchewan at just half of that meagre number). Yet, despite all that there is actually a shocking amount of natural landscape in Hong Kong, including some fairly famous trails such as the beautiful Lantau Peak hike.

Hong Kong was a British colony until 1997, which might be one of the reasons there are so many places that specialize in afternoon tea, at which point it was handed back to China as though it was a really big old couch that was perfect for entertaining old friends, or getting intimate with new ones, back during the glory days but which was simply no longer practical as the UK eased into a quiet retirement spent reliving the past and lamenting the unworthy state of colonizers these days.

Of course, our expectations were also right on the money about a number of things of varying levels of usefulness. Such as:

There are regular ferries heading in all sorts of directions at any time of day (expecting this, mind you, leads one to wonder how we didn’t piece together the “several different islands” business). The most well-known of which is the old and famous Star Ferry, which has spent the entirety of its long, useful existence (since the 19th century) chugging back and forth between Hong Kong island and Kowloon, most recently usually at least half full of tourists.

Hong Kong is fully on board with high rises/skyscrapers/gigantically phallic metal and glass creations. The immensity of the buildings along with their belief in putting on a terrifically entertaining and cleverly capitalistic nightly light show (laser shows create animals to amuse the kids as Samsung and friends pummel you subliminally with flashing come hither fluorescent symbols) made for both an amazing skyline and plenty of daytime shade.

They export a lot of consumer products and, based on their unfailing labelling system, seem relatively proud of that fact. Mind you, this seems easier to determine by examining a Canadian child’s Christmas toy haul than wandering the streets of Hong Kong itself, but from what I saw I’d say they seem like the types.

As for the experience itself, probably the most interesting parts of downtown Hong Kong were all the different market streets, generally narrow, crowded and eccentrically-themed, especially considering they often sat just around the corner from Marks and Spencer or Louis Vitton. It is certainly one of the best places to find everything from fresh squid to teak tobacco boxes to bamboo headgear to WWII-era trucker wallets. One of the worst places to find an A&W, however.

We also rode the cable car up to Victoria Peak where we did a short loop walk with great views of the city, harbour and nearby trees; enjoyed the juxtaposition of lush, green Hong Kong Park nestled in among the soaring buildings; strolled somewhat awestruck along the surprising beaches of Lantau Island just minutes from Sue’s house; shrugged off the unfortunately thick fog enveloping Lantau’s famously enormous Buddha statue under the pretense of having already seen at least 2 to 3 million more Buddhas than strictly required already on this trip; and were easily enamoured by the way the popular fishing village of Tai O managed to retain a casual, traditional ambience despite the constant presence of gawking tourists. I’ve put some thought into it and decided they pull it off by having just so many dried octopi hanging in front of their shops. Fewer and it would start to seem modern, any more and it would just feel boastful.

In the end, though, our main enjoyments were the little domestic things, the stuff that isn’t particularly notable from a story-telling standpoint (or, for example, a travel blog), but which can take on an almost preternatural significance after 3 months of countless thrills but equally many mundane irritations. Sure, all those Bagan sunsets were incredible, but were they really that much better than home-cooked steak and potatoes (eaten with a real knife and fork, with not a single pair of chopsticks within sight)? Watching Mount Everest drift in and out of the clouds was transformational, but so was the Goodwin’s reclining sectional couch. Making new friends from Ulaan Bataar to Namche and beyond was great, but it’s hard to beat long rambling reminiscences with someone who can fondly recount stories of your first car and doesn’t even need to think about what you mean when you rather ambiguously refer to “the lake”. And, needless to say, don’t even get me started on alternating cereal and bacon breakfasts.

All in all, a perfectly relaxing, pleasingly civilized end to an endlessly exciting, but often exhausting, journey covering many of the biggest highlights in all of Asia. We have to thank Suzanne and Mark for graciously inviting us into their home and taking care of us like the hapless drifters we were by that point, as well as young Jack for allowing us to complicate his daily commutes to school and little Claire for graciously inviting us to commandeer her room for the duration of our stay, charming pink décor and armada of cheery stuffed toys and all.

Now we’re home for Christmas, and all that entails (mainly visiting, drinking, eating, and watching sports on TV, not necessarily in that order), for the few brief weeks of winter our bodies can withstand these days, then theoretically we’re off to Cuba early in the new year (although the details of that remain somewhat, shall we say, murky).

Happy holiday season to all! 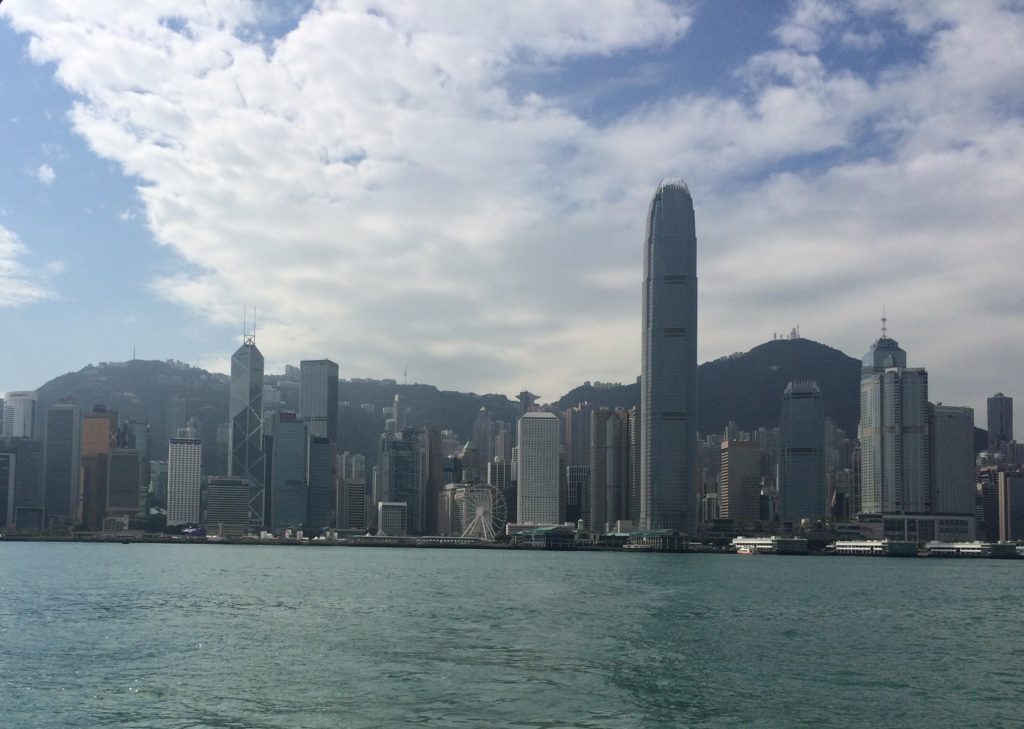 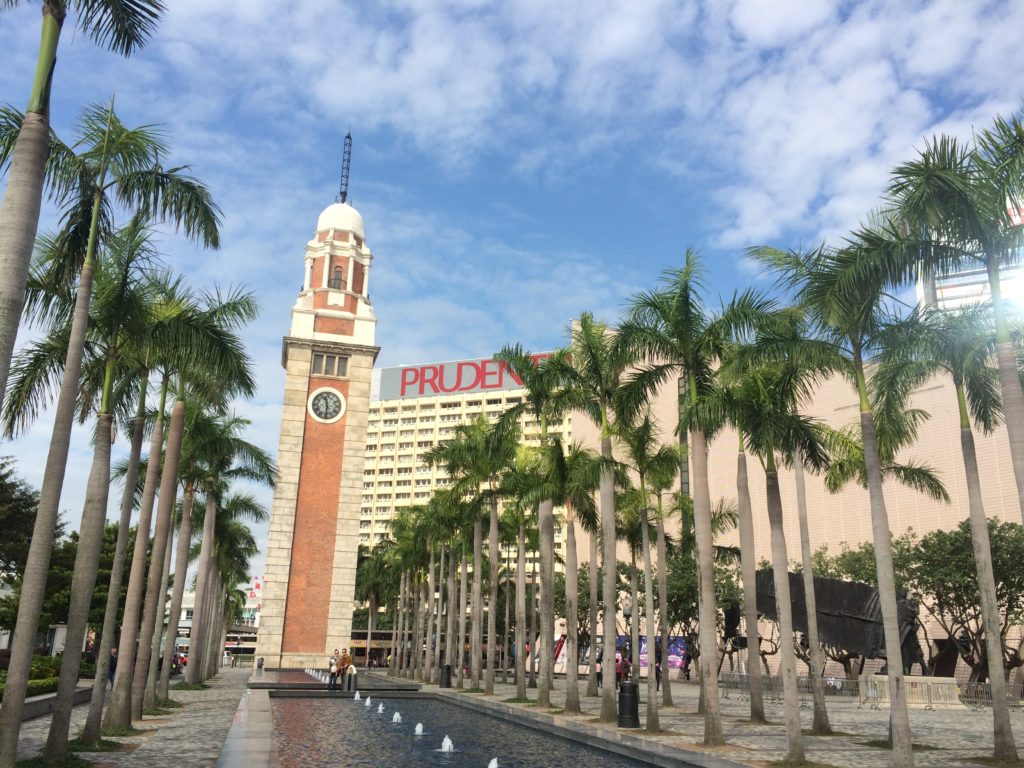 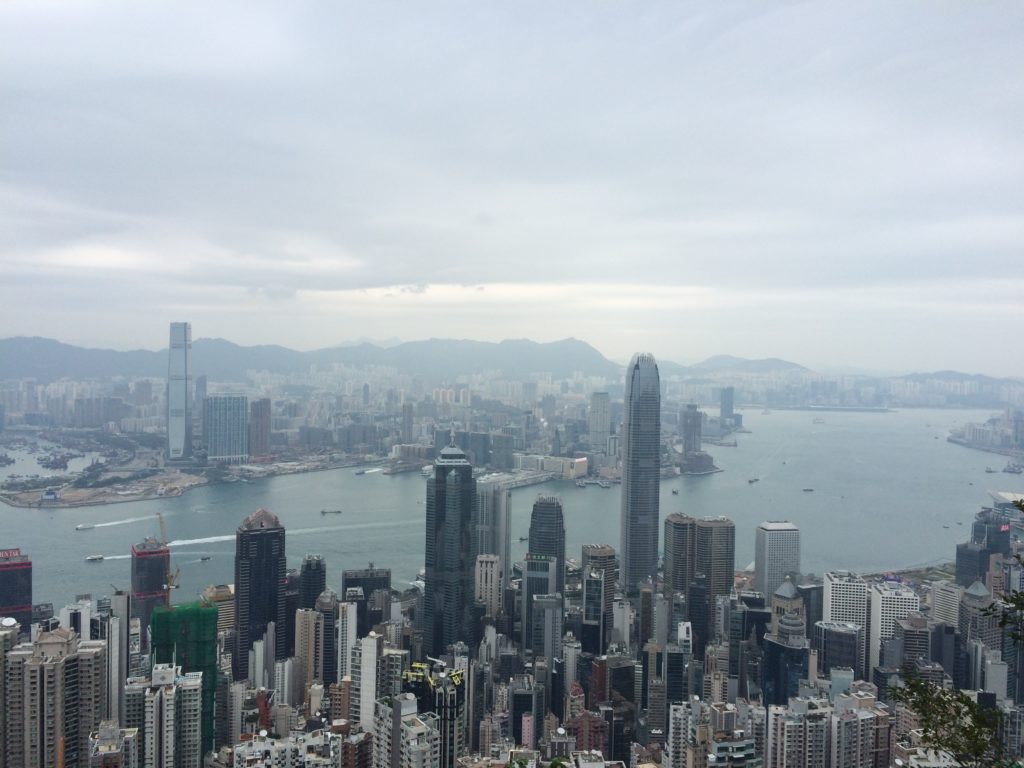 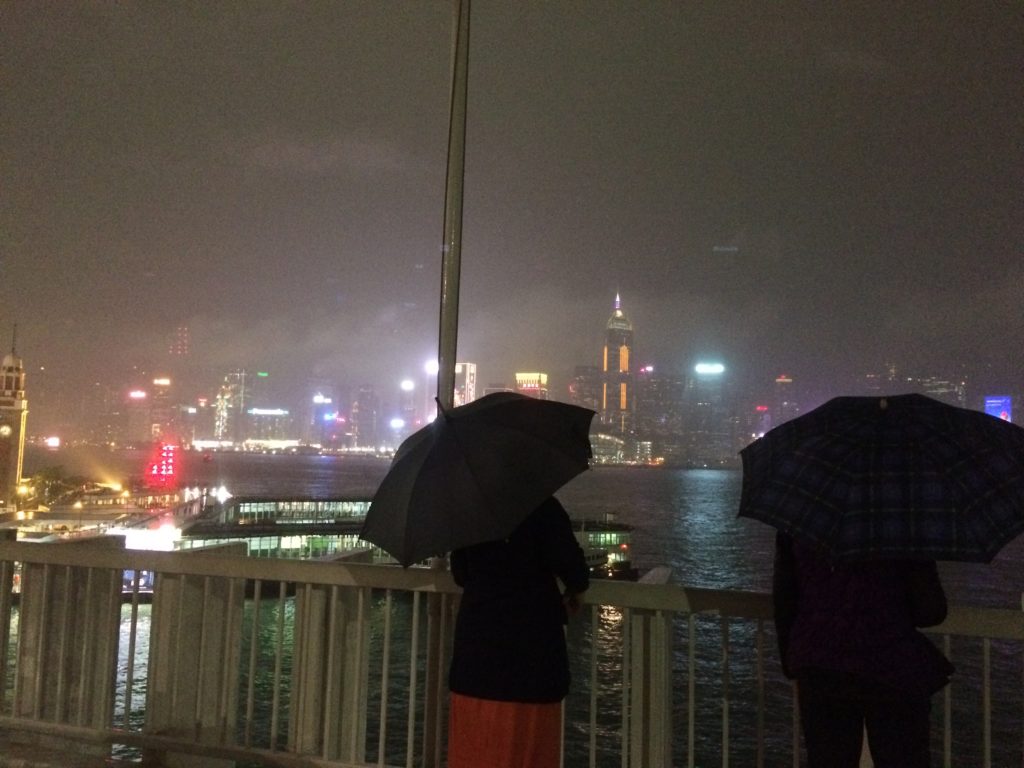 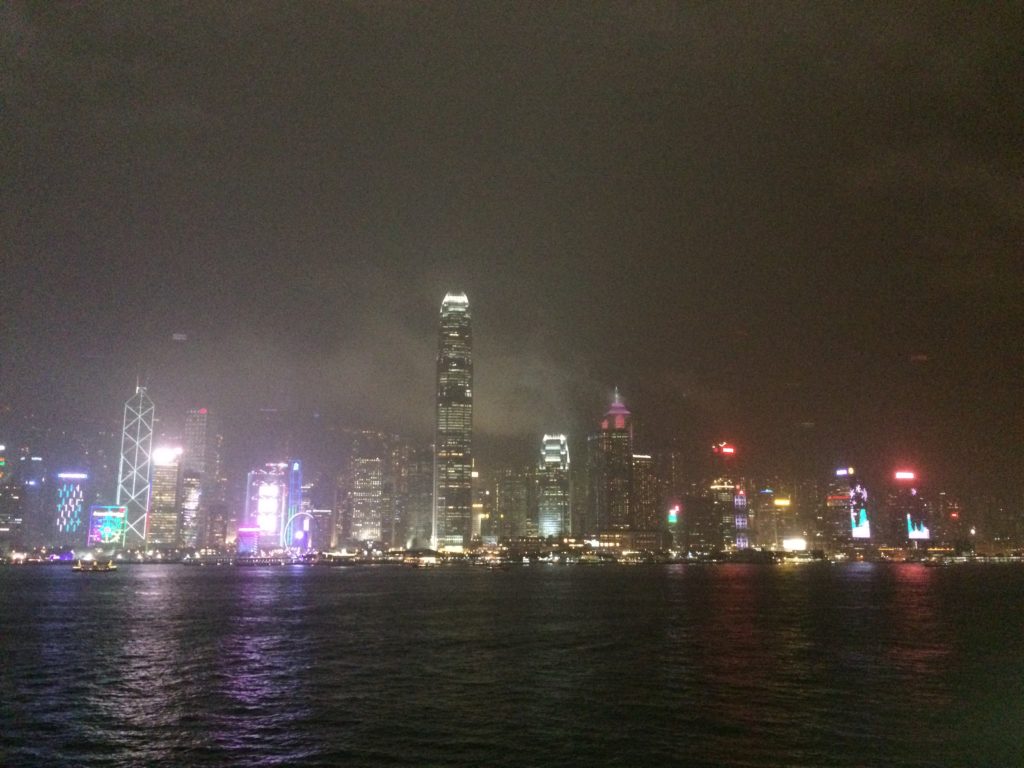 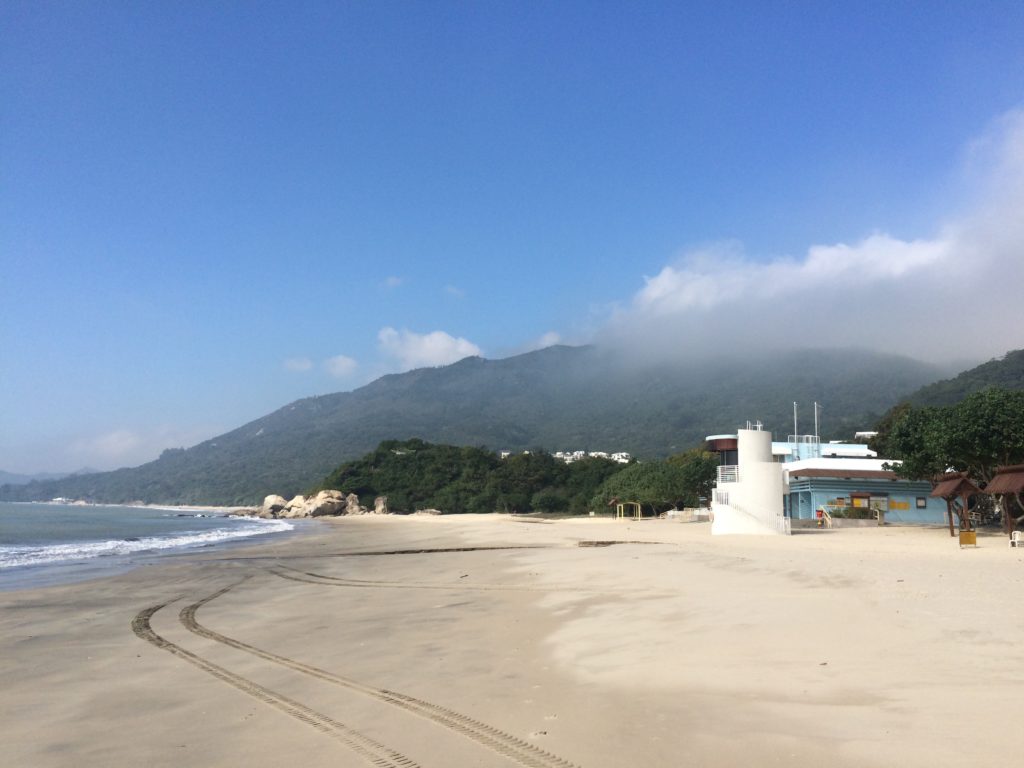 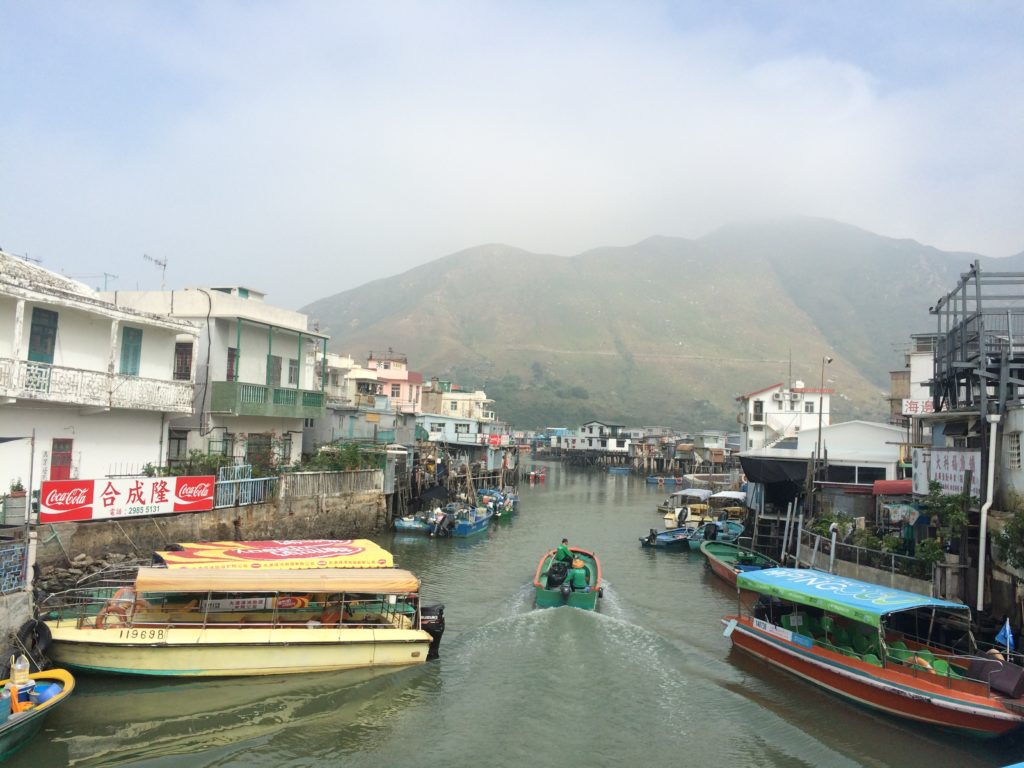 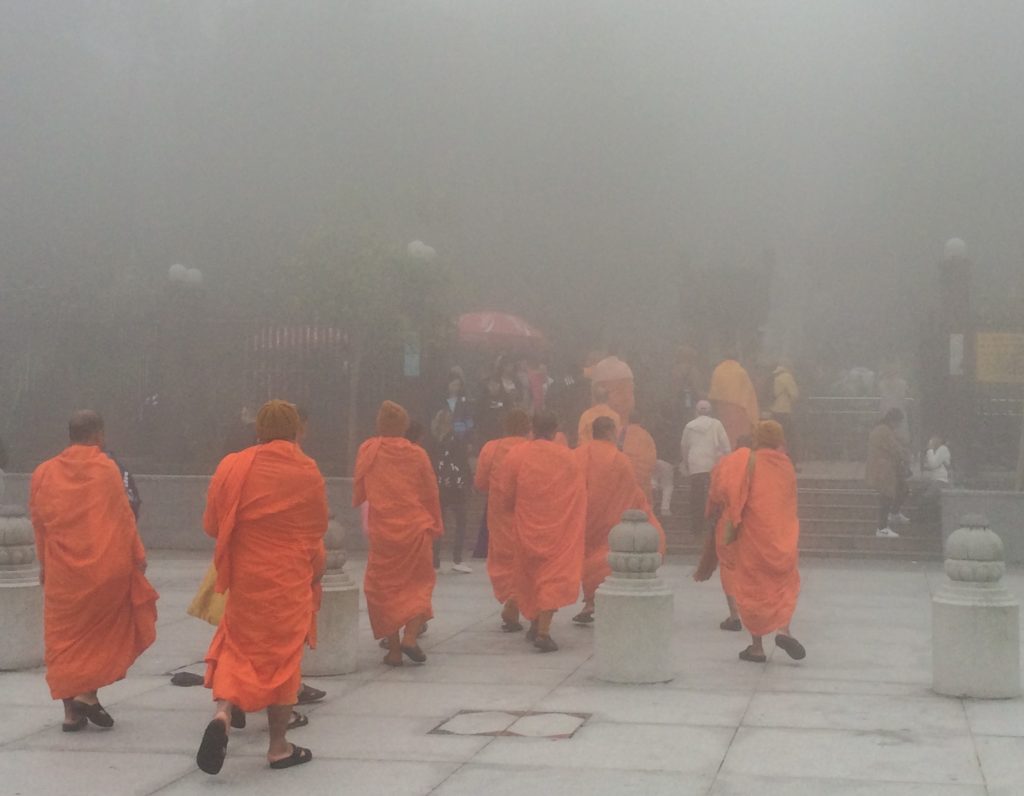 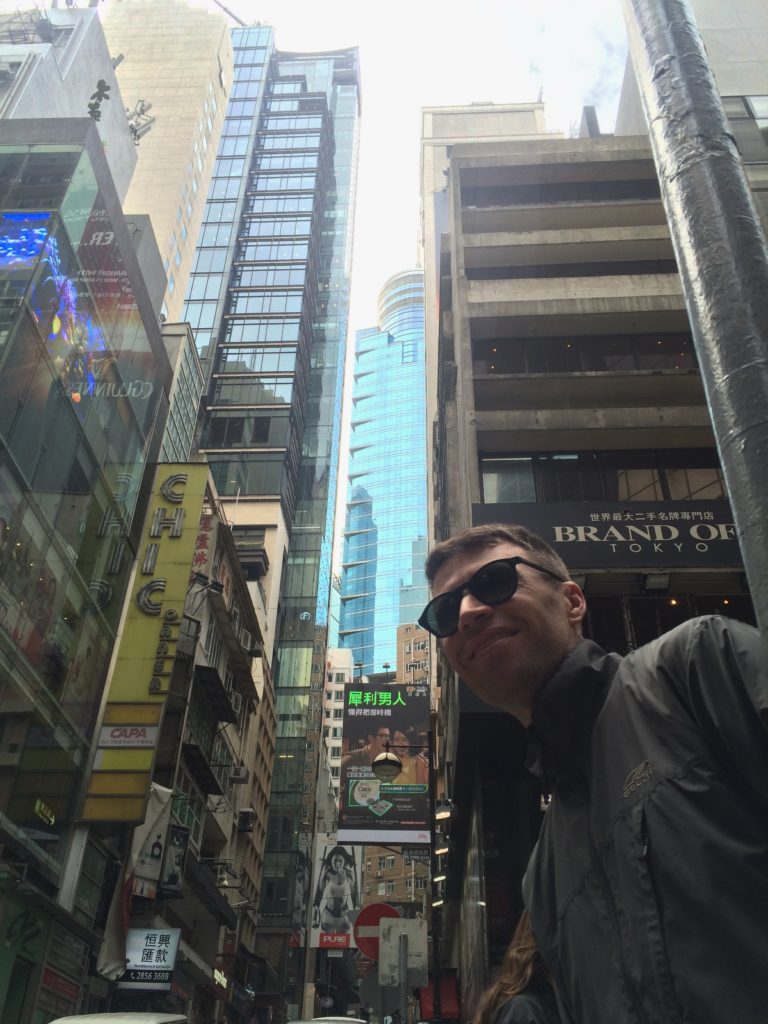 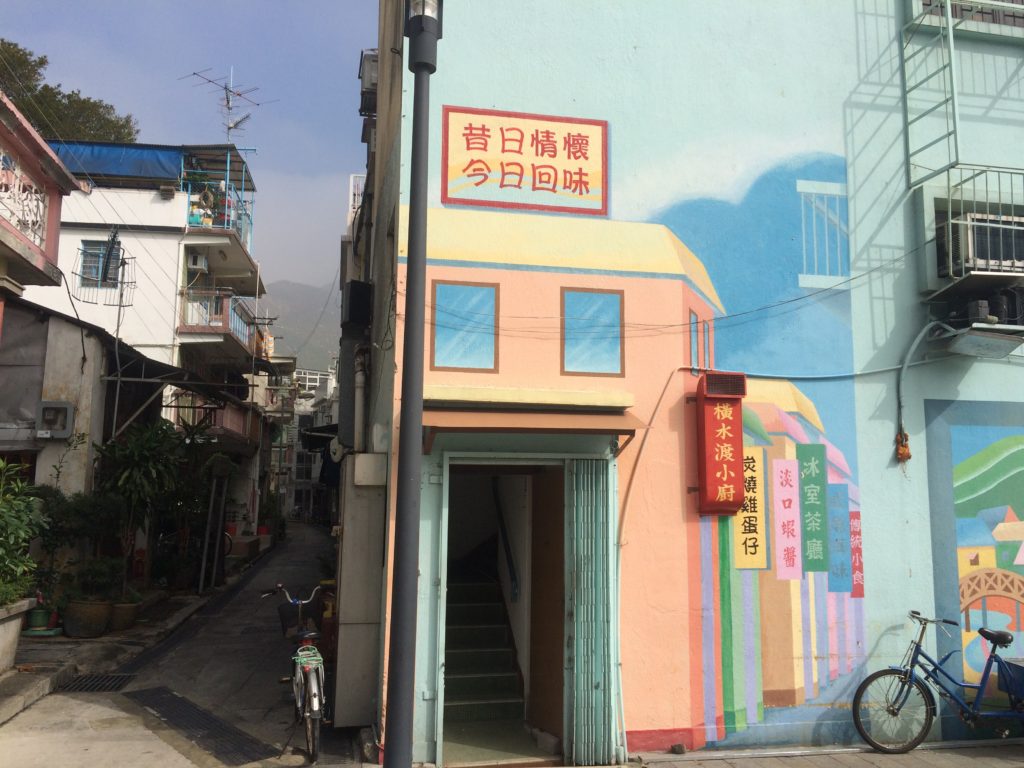 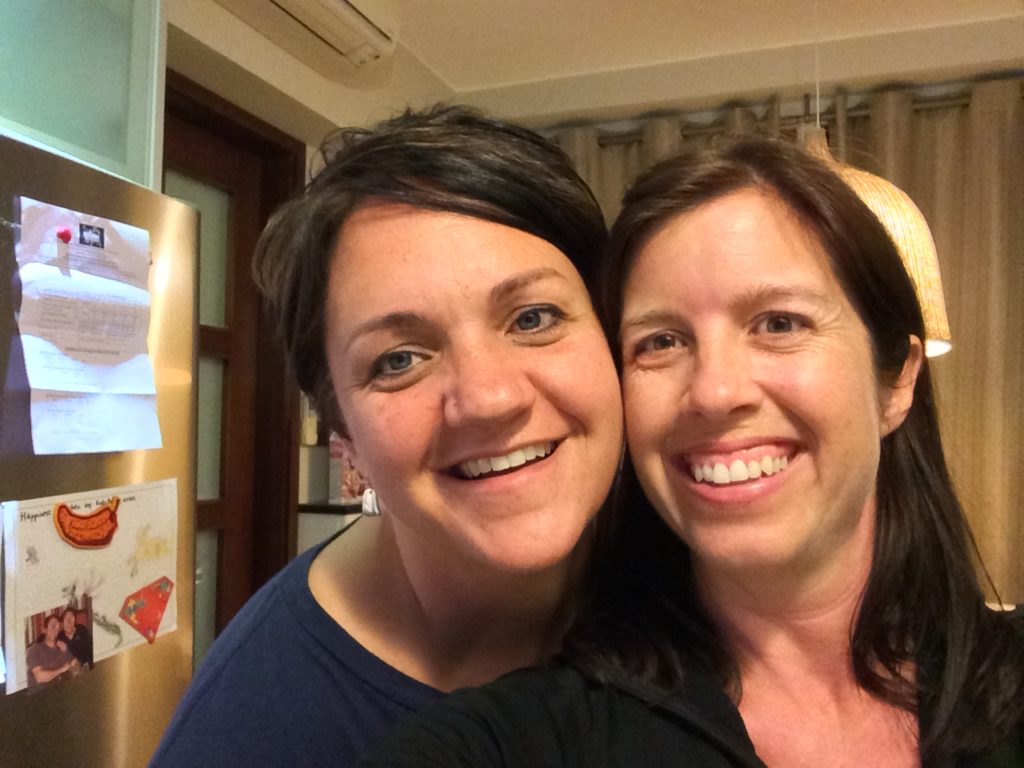 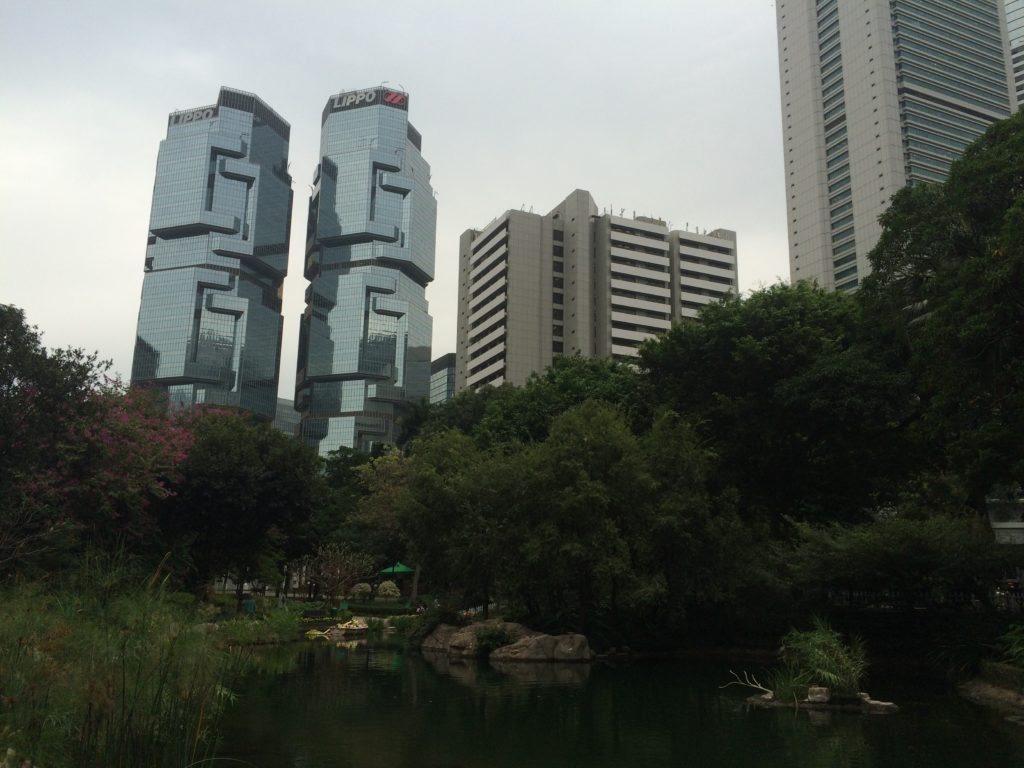 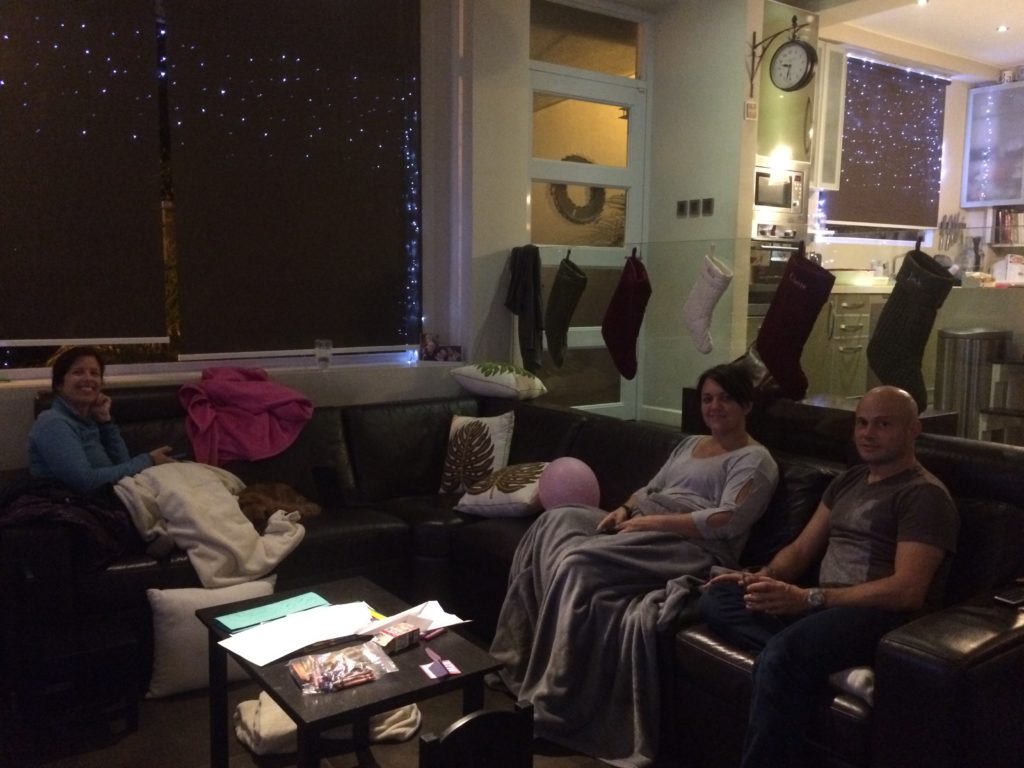 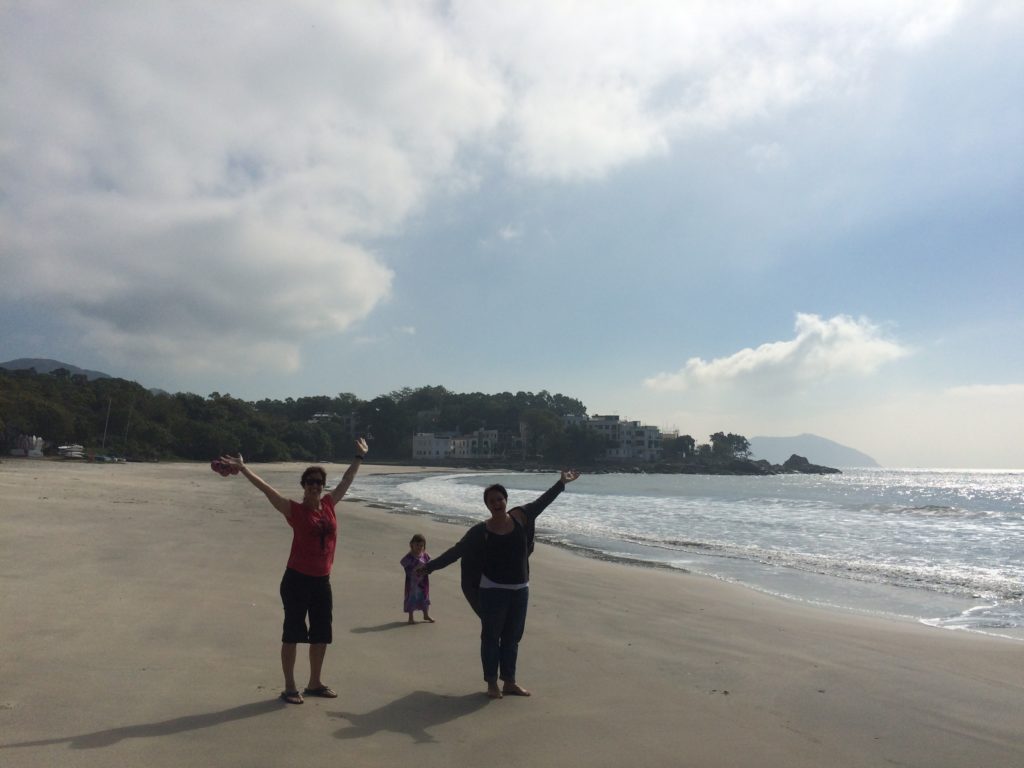 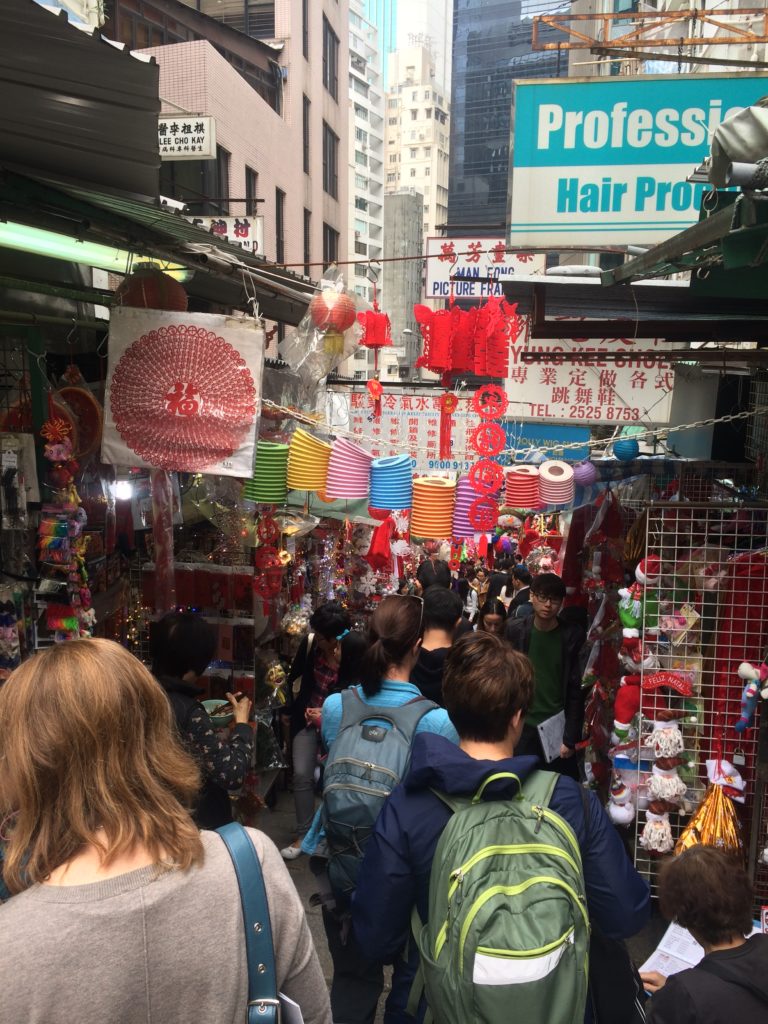