Since my last entry we have continued to mostly let time pass us by unmolested here on Madeira, just relaxing and soaking in the slow pace of life and intermittent rains like dandelions at the back of yard. Tired, lazy dandelions. And I think it is safe to say we haven’t got up to anything you might describe as earth-shattering, or even particularly energetic, or really even “blog-worthy” per se. No, actually that’s not strictly true. A few days ago we did head up to the northeastern corner of the island to Ponta de Sao Lourenco for our first small venture back into the world of hiking since we finished the Camino. Just a few hours in total. Not sure why we waited so long since it is a unanimous choice for every Madeira island bucket list. I would have thought that after five weeks of getting up at the crack of dawn to walk for six to eight hours with all our belongings on our back it would have eventually morphed into something we could no longer live without, kind of like portable soap flakes or shoe lifts. But apparently, no, it turns out that serious hiking is actually something we can just do once or twice a year and then block out completely once we’re done, which is more like cutting my toenails or watching Glee. 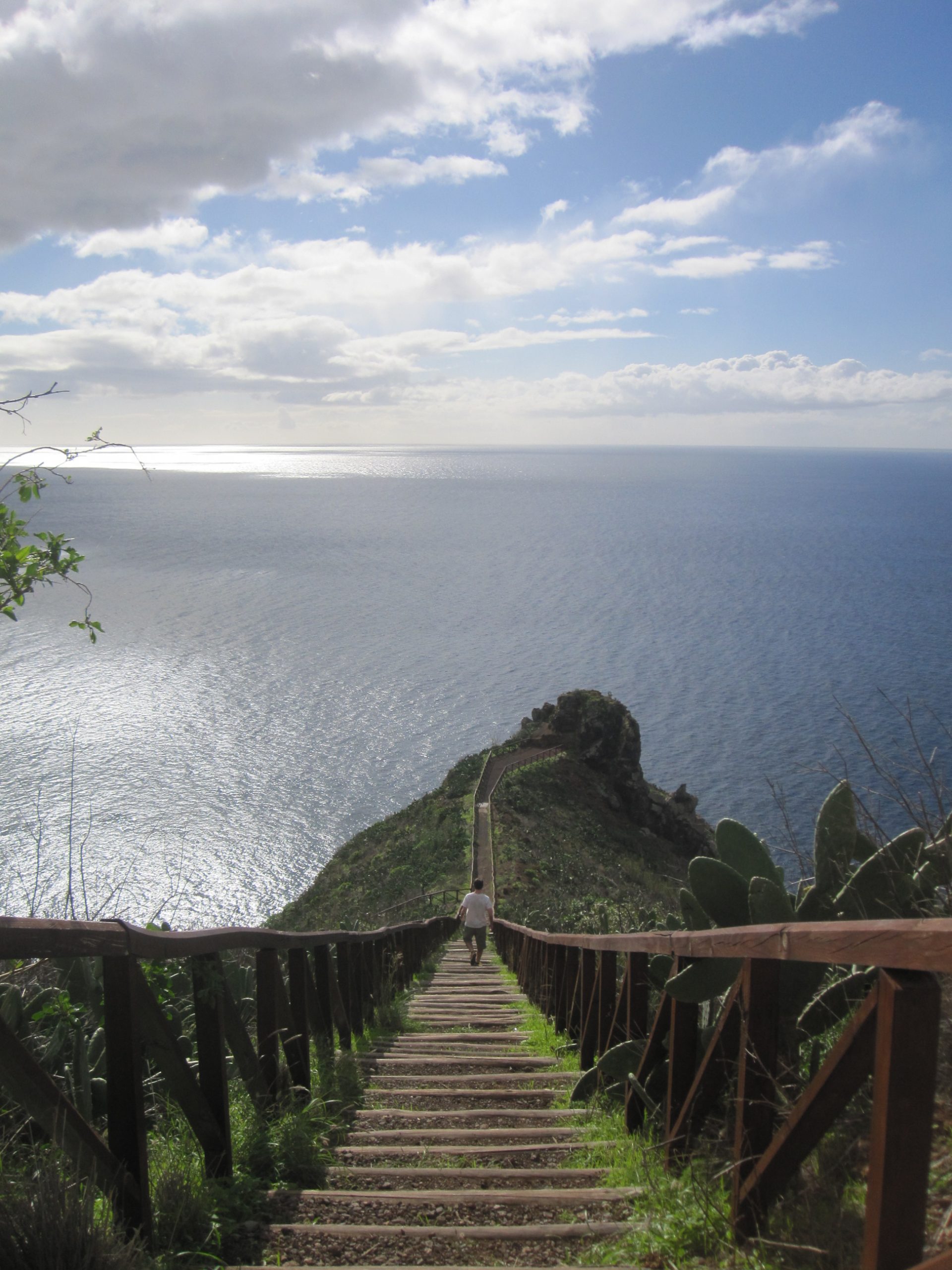 Nonetheless, it turned out to be a spectacular hike and, if you read this blog regularly, you’ll know I don’t use that word lightly. No more than once or twice per entry. Ok, maybe three times if there was a giraffe involved. Either way, pretty amazing little walk out to the end of a narrow rocky peninsula surrounded by the rough waves and plentiful wind of the Atlantic Ocean. And really green, especially considering it is November, like raw broccoli green, or maybe indoor putting green. Stunning.

The same word we use to discribe Portugal’s most popular hike – the Rota Vicentina which wanders down the Costa Vicentina passing through beach towns and charming villages of Aljezur, Odexeice, Zambujeira, Almograve, Carrapateira, Vila Nova de Milfontes and Porto Covo along the way.

Meanwhile, on the domestic front I tried valiantly, and failed utterly, to scrub the super-glue out of my pajama pants. Also known as the pants I wear from the time I get out of bed until the time I go back to bed – reading, writing, napping, watching TV and occasionally grimacing at my hair in the mirror. I usually put on jeans when I go out to buy chocolate bars, though. How did I get super-glue on my pajama pants, you ask? Well, I don’t really know for sure, but I sincerely hope that’s what it is.

We also roused ourselves long enough for a little bit of shopping the other day while wandering around downtown Funchal. After much deliberation Laynni stocked up on some “island wear” which she has been enjoying immensely ever since.

And by “deliberation” I mean pointing at a store window full of thick, warm-looking garments and grunting “Buy me that. And that. And those.” Luckily she doesn’t have “expensive tastes”, but more what one might describe as “fuzzy tastes” – a new pink hoodie (9e), a new fleece couch blanket (4.50e) and new sweatpants (4.50e). Less than twenty euro to completely transform her into a large colourful couch pillow with a book sticking out of it. Not bad. Almost as good as my comfort purchase, 1.20 for a pint of beer at the local pub. Or clearance rack apples.

As for the island as a whole, like many places we’ve been to lately Madeira is firmly entrenched on the cruise ship circuit, partially because of its terrific climate, beautiful scenery and absurd wicker toboggan system of getting down large hills, and partially due to it being so proficient at getting in the way of ships trying to quietly make their way to Europe.

Oh, not so fast, where do you think you’re going? C’mon, stop in for a drink. We’ve got Madeiran wine, and a fair bit of wind, I’ll have you know. And we’re practically right on the way! 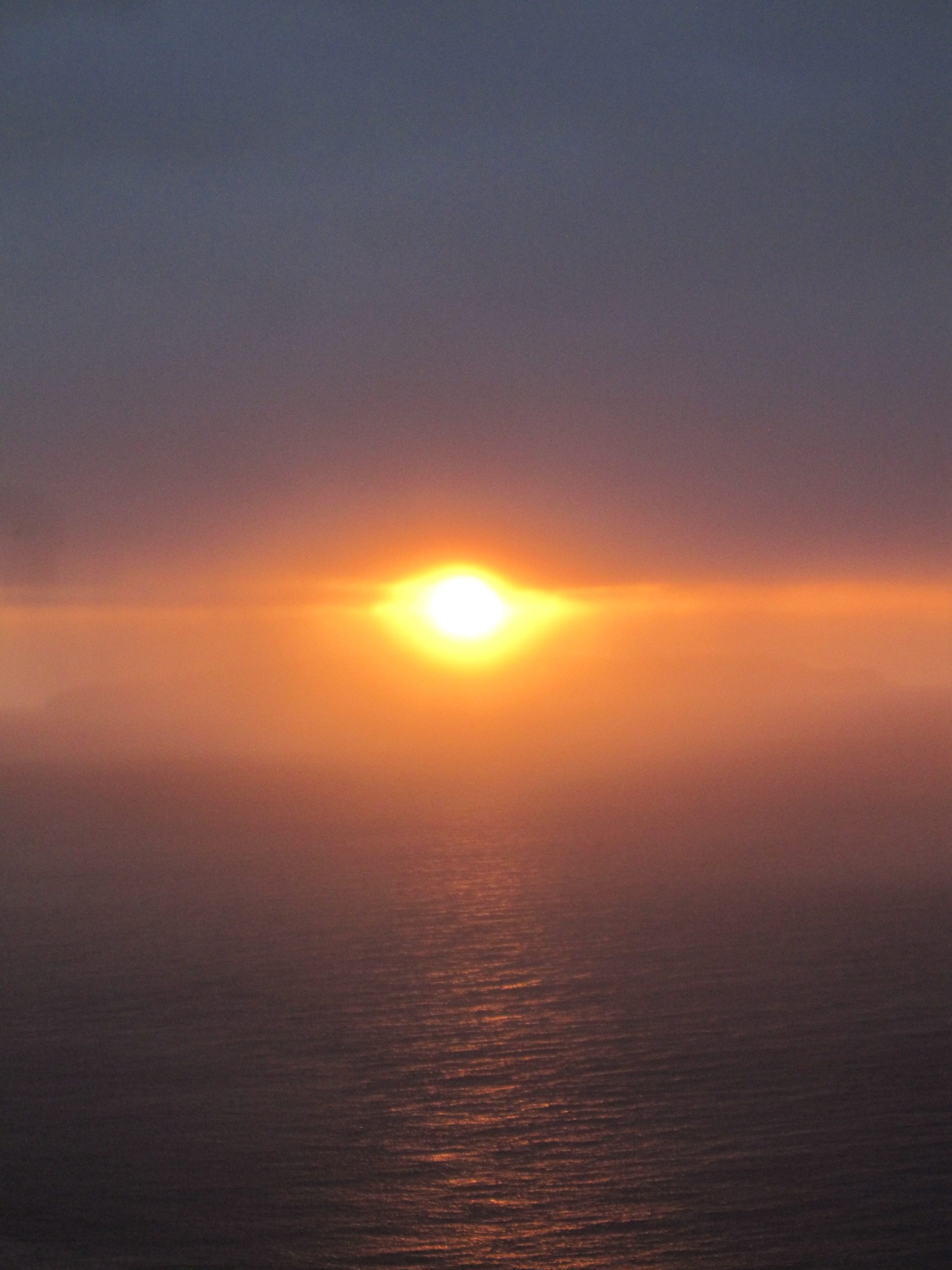 Fine, we’ll stop. But we’re not spending the night. And we want to take lots of photos with that old pirate ship. Lots.

Consider it done. And I shouldn’t tell you this but there’s a twitchy guy who has an eagle chained to a pole just around the corner.

The first one on your left.

The downside of being in a cruise ship destination is the daily influx of people intent on arbitrarily speed walking everywhere within a six block radius of the dock, grimly determined to work off at least two of the huge desserts they had last night. All the nearby stores and photo-worthy attractions become suddenly inundated with eager shoppers smiling doggedly in their golf shirts, studiously casual pleated khaki shorts and practical walking sneakers. Which just makes my khakis and sneakers seem stupid. 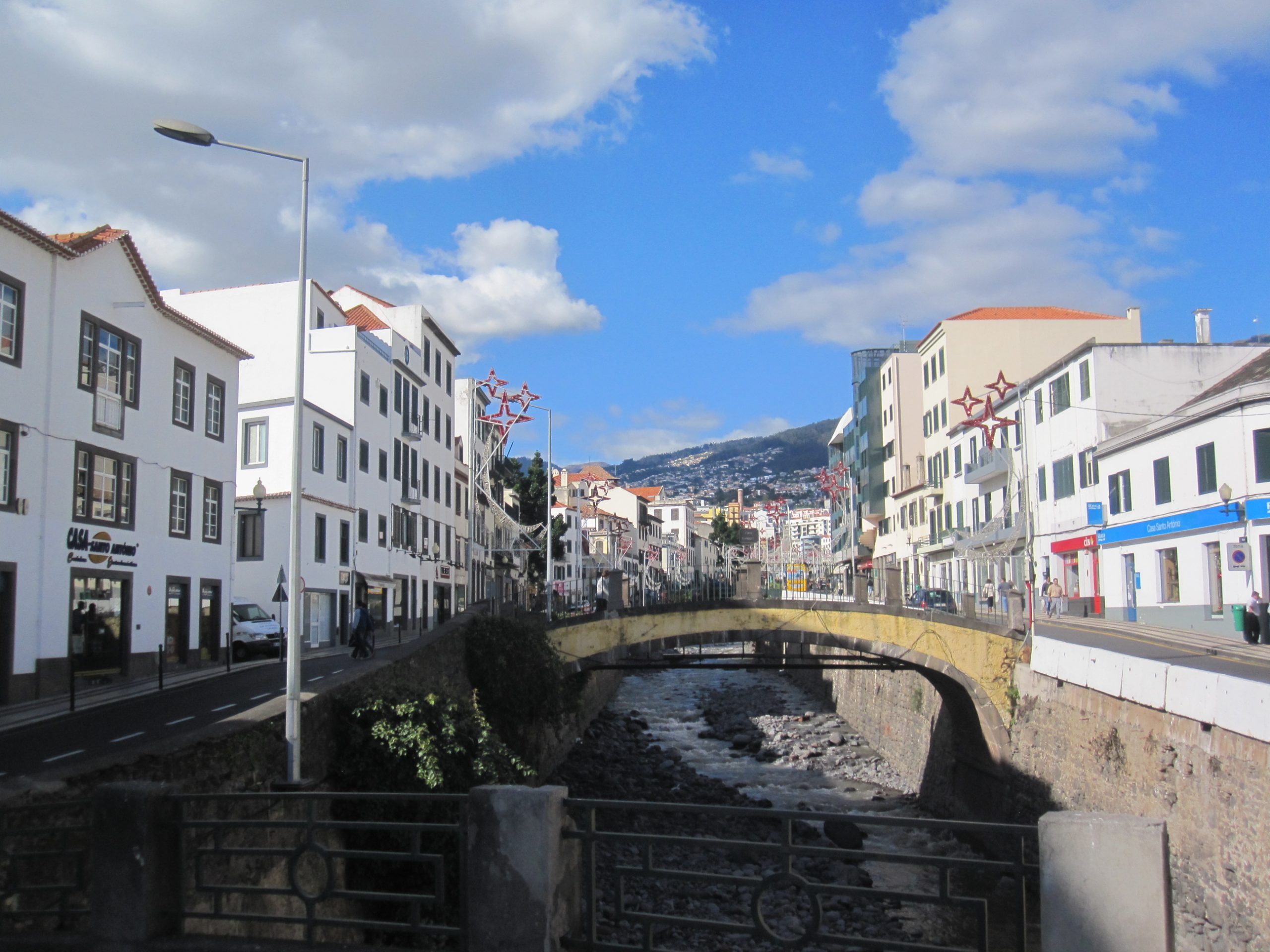 Other than that, which really is no complaint at all, and the gradually increasing daily winds, our only other concern was the dreaded siesta. Would flying a thousand kilometres from mainland Portugal, and even further from Spain, finally mean an escape from the generally inconvenient afternoon siesta? On the Camino were routinely caught off guard by our complete inability to find anything remotely edible from 2 to 5 in the afternoon, despite the fact this inconveniently timed hiatus was strictly enforced from our first day on the Camino to that last day much, much later when we limped into Santiago sullen and defeated, tears running down our face and tape holding our shoes together. I understand the concept, and I’m sure these afternoon recharges were a big part of the reason Spanish shopkeepers were able to so consistently remain both brusque and suspicious. Unfortunately though, we almost always arrived in a new town right in that time frame, usually with any number of new needs, desires and minor medical emergencies, only to realize as if for the first time that yet another infamous siesta was in progress, making getting anything done, purchased or gently caressed harder than opening a milk carton cleanly. Therefore… (yes, there is a point to all this, anticlimactic as it may be) it was one of the first questions we asked during the initial tour of our rental apartment here in Madeira, and we were immensely pleased to hear the definitive reply, “No, no, not at all. We don’t really do siesta in Madeira. That’s just the mainland. Here, the shops just close from 1 to 3 every afternoon.” Oh, well then.