For several days after finishing the Camino we felt strangely out of sorts, not quite sure what to do with ourselves without 25 to 35 kilometres stretched in front of us that needed to be covered using only the power of our feet and maybe a little old Radiohead for inspiration. Not to take anything away from Porto, it was a pretty interesting city with its hills, steeply scenic riverfront, towering bridges and pleasant waterfront esplanade. Not to mention the hordes of drunken Brits swearing, chanting, stumbling and wearing only about half the amount of clothing appropriate for the weather. That’s right, our first up close look at some travelling English football hooligans. Manchester United was playing in nearby Braga in the Champion’s League the following night so apparently these lumpy, bleary-eyed buffoons decided to make a mid-week-end of it and fly to Porto a day early to get a head start on all the excessive yelling, shot drinking, charming waitresses using slurred invitations to the back of the bus, lewdly suggestive gestures involving two fingers, one thumb and a large napkin holder, and loads of man on man hugging. Those helpless girls didn’t know what hit them. Although it usually turned out to be spittle. 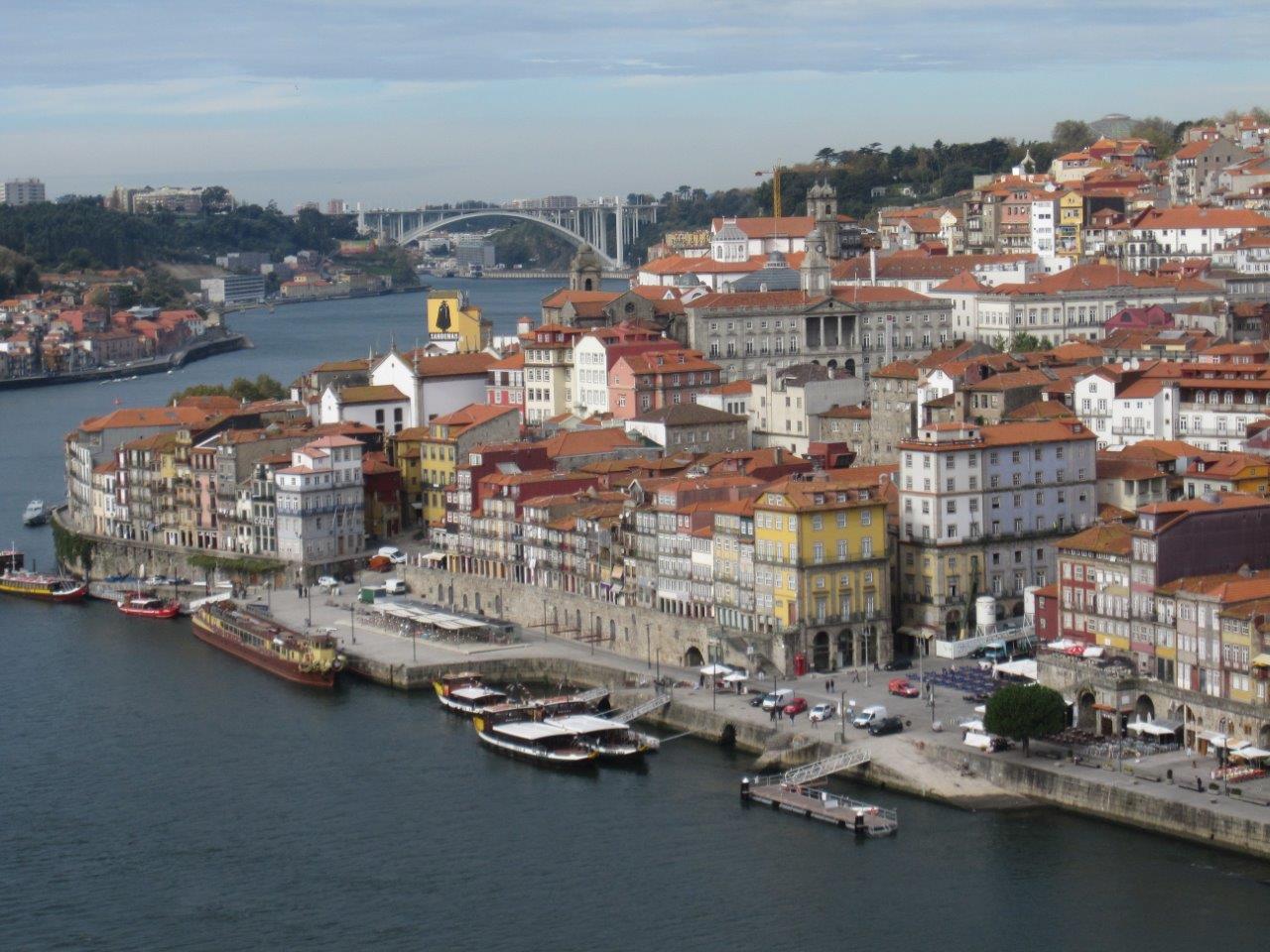 Besides that little bit of sideline entertainment we did our best to see all the city had to offer, trying to complete an entertaining 2-day Porto itinerary, although admittedly our best was a bit lacklustre considering the deep-seated exhaustion still lingering from the Camino, our typical lack of enthusiasm for cities in general and the fact the unseasonably cold weather was dampening our ardour faster than you could say elderly jowl. We felt pretty guilty the first night, though, after Raul, the hotel guy, spent twenty minutes outlining detailed do-it-yourself city tours that would splendidly maximize our time in Porto without costing us more than a few euro for the occasional tram or bus and then we responded by spending the next four hours bundled up and reading in our delightfully nautically-themed room with the windows tightly closed just to make sure we didn’t see anything beyond the latest development in World War Z. That guilt, and some marginally clearer skies, pushed us out and about the next day at least, though, starting off our day with a bang, by which I mean a breakfast of pork sandwiches doused in gravy. New language and all…

Oh yeah, don’t even get me started on how disheartening it is to leave Spain, a country and language where I not only had a better vocabulary than your average run of the mill talking mule, but a place where I had only recently perfected the extravagant lisp in my “gra-thee-us” to the necessary level to make me sound like a Brooklyn waiter. 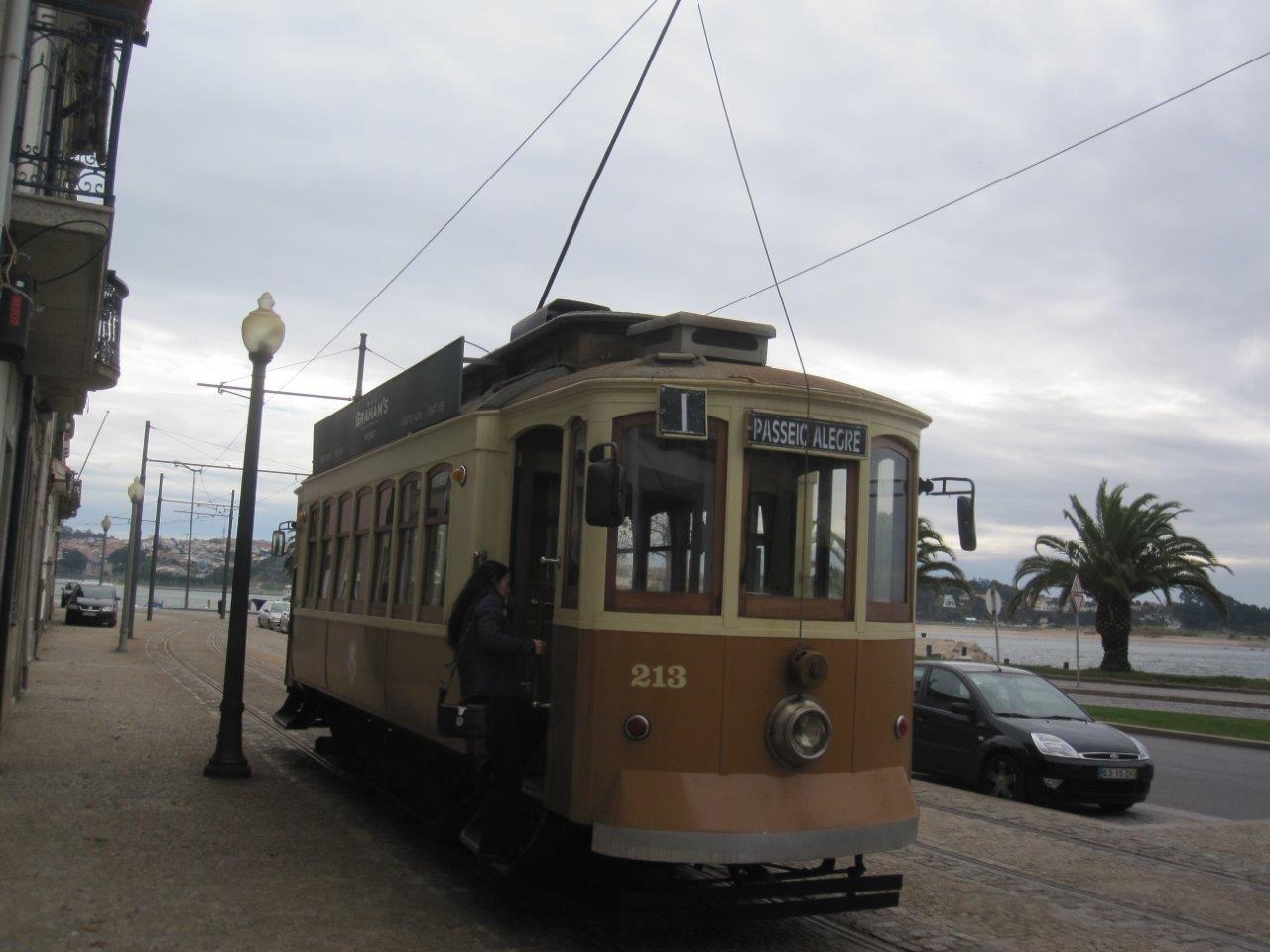 Now suddenly we had to deal with Portuguese, which looks so completely similar to Spanish in writing, and shares probably 50% of the same words or at least a recognizable variation of them (although the other 50% seem to be specifically as unrelated as possible as though they are trying to prove a point or something, like the time I yanked that hangnail off in front of everyone without shedding a single tear). But despite the similarities it somehow manages to sound like a combination of drunken French spoken by someone who has recently had his teeth forcefully removed, and a more guttural version of Russian, possibly spoken by someone dying of a prison shiv to the kidney and rushing to let his best friend know where his crumpled stash of Sofia Vergara photos is hidden. The point is, understanding spoken Spanish has never been my strong suit, so I’d say I have about as much chance with Portuguese as finding myself on the cover of the next issue of Creative Hairstyles Monthly.

Anyway, we spent the morning determinedly traipsing around the city, admiring the impressive buildings, fighting the wind across the towering bridge, riding the rickety old tram along the riverfront along with all eight other tourists who chose to visit Porto in the rain in November. Then, once those couple hectic hours were over we treated ourselves to some KFC and 2 ½ hours of comfort, wit and raging action by going to the new Bond movie (terrific, especially Javier Bardem, although a disappointing lack of breasts dropped it half a star in my books).

An easy three-hour train ride the next day took us to Lisbon, the largest city in Portugal and home to the most ancient tram lines anywhere outside a 1950’s Rice-a-Roni commercial. Once again we could hardly pass that up, enjoying a bumpy, jerky and wildly weaving ride through Lisbon’s old town piloted by an energetic punk who, despite the fact we were on rails, spent a lot of time pretending to steer and making revving noises like a kid imagining he’s running the last lap of the Monaco Grand Prix in the bath tub. After that we visited the enormous hilltop castle – the stunning views and prominent location in the centre of the city were similar to Edinburgh Castle, and while it was somewhat less impressive from afar it was inestimably more interesting inside (twice as many cannons to ride, for one thing). Wandered some narrow atmospheric streets, watched in confusion as a large festive group of young people suddenly split into two seemingly unrelated groups with one forming two sedate and orderly rows which they proceeded to sombrely walk between in some sort of creepy ceremony, while the other group drank, laughed and swore through a chaotically disorganized version of our bat races. 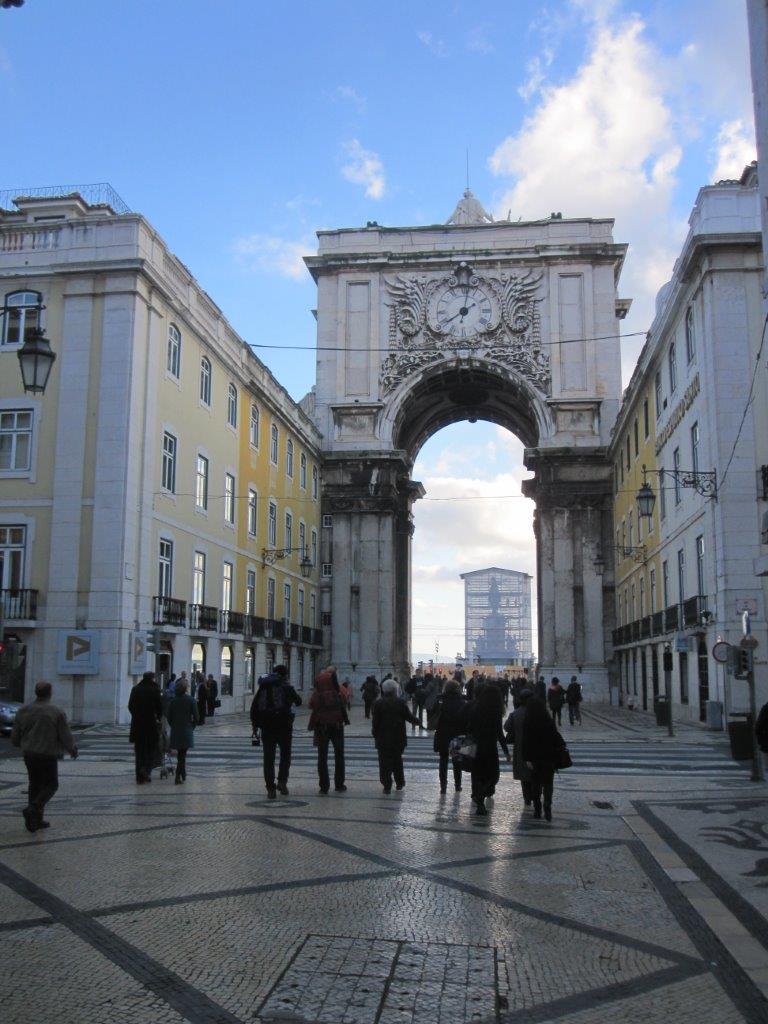 Then we bought some cereal for breakfast and went back to our room and its creepy painting of a lazy-eyed dandy (Mark will be happy to learn he isn’t the first to have this problem when confronted with self-portraiture).

Lisbon is only hours away from the start of Portugal’s most popular hike – the Rota Vicentina which wanders down the Costa Vicentina passing through beach towns and charming villages of Aljezur, Odexeice, Zambujeira, Almograve, Carrapateira, Vila Nova de Milfontes and Porto Covo along the way.

Now we have finally made it – Madeira, our final foreign destination of 2012, and intended to be our Shangri-La of rest, relaxation and regularly scheduled rolling over. So far it’s everything we’d imagined – warmer, but not too warm (from 16 at night to 22 during the day), great views (we’re on the 3rdfloor with not one, not two, but, well, actually two balconies, I was just getting carried away there), all the comforts of home right at our fingertips (kitchen, multiple couches, washing machine, cable TV with a shocking number of English channels) and an electric water heater that sounds like a plane taking off when I do dishes and which I daresay I may never tire of. Unlike the fact Jersey Shore has made it here. Other than that, the only downside has been that I finally came down with a cold and fever, more or less debilitated suddenly for no apparent reason after spending five inexplicably healthy weeks on the Camino battling daily exhaustion, constant exposure to the elements, communal living among the sickly, the afflicted and the Dutch, and a complete inability to remember to wash my hands after I pee. Maybe it was just my body’s way of hanging in there until we made it someplace where I could stock up on entire boxes of Kleenex and my sad face might actually get Laynni to cook for me. 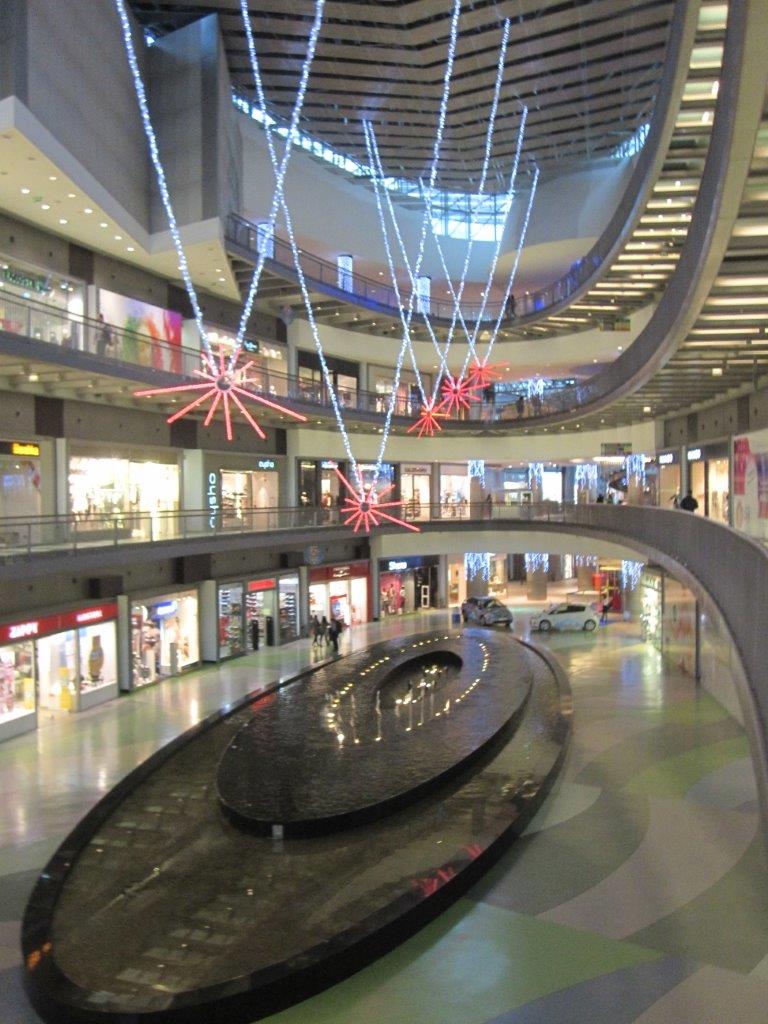 Now, for a final, stranger than fiction, note:

Now that the weather is warmer, and we have ready access to a washing machine, and our entire travel wardrobes at our disposal (six pairs of underwear and a spare pair of pants – be still my heart!) for the first time since September it is thrilling to know that we no longer have to wear the same thing every day. Yet I still do. 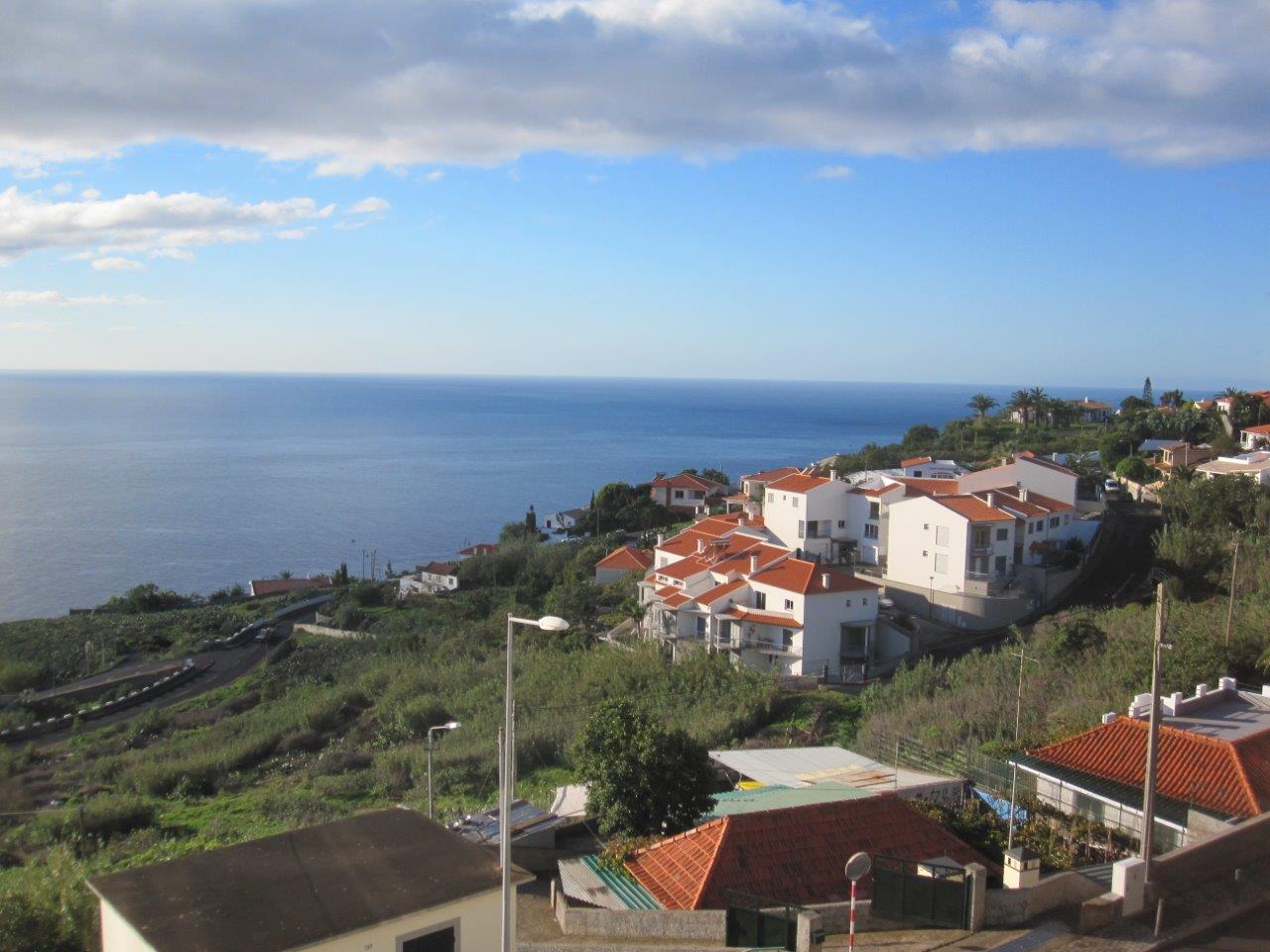