Also on our final day (big day, I’m telling you) we were hoping to finally achieve our goal of swimming all the way to the rocks across the bay. It was maybe 400m to get there, and normally we’d swim about halfway and back each day, so it stood to reason that I could make it, rest, and hopefully make it back. We weren’t too concerned about Laynni as she’s a far better swimmer than me (due to more kicking and less arm-flailing, we suppose), Nonetheless, it was definitely further than I’ve ever swam in my life (let alone back) and more than far enough that I could envision myself sinking to the bottom in agonizing slow motion while I thrashed away, weaker and weaker, before eventually succumbing to a disastrous lungful of water and, most likely, soiling myself. Anyway – success! I even had enough energy to climb up the rock face a ways for a victory jump from about 6 or 7 metres high, a height that in mid-air suddenly felt like 5 stories so I threw my arms out, palms down, to protect against shooting too far down, producing a satisfying slap as my palms cracked on the surface of the lake. Simply brilliant, Watson. After that we made our way back, numb hands and all, although Laynni eventually grew bored with serving as my escort and motored off, apparently unconcerned with leaving me at the mercy of the lake’s unpredictable fury, as well as the real danger, my own feeble skills.

So, with our beer drinking (check!) and swimming (check!) out of the way we packed up and said a sentimental good-bye to Pasaj-cap, our home for 2 whole months. From there we were off to Antigua, well known as the most popular tourist city in Guatemala and one of the nicest colonial cities in all of Latin America (us Norteamericanos are just suckers for cobblestoned streets and windows with bars). Although Laynni and I had been there before (7 years ago) on that trip we were hauling around a giant Acme 36-Exposure Film Camera that we had borrowed from my Auntie Bonnie, leaving us with A) very few photos in the scheme of the digital age, and B) quality reminiscent of an early Sanford and Sons episode. Therefore, while Laynni spent her time entertaining (i.e. shopping with-) her parents, I devoted myself to recreating all the photos we already have, but in bright, bold digital colour. Well, to that, and to making myself at least marginally more presentable to both border authorities and potential swinging partners alike. Yup, Adventures at the Barbershop time again. Not sure when I’ll learn – hopefully soon, though. Started out well as I tapped into my vast Spanish resources to proclaim “I’d like a haircut, please” then, while holding my fingers about an inch apart, adding “All always! All always!” He looked confused. Oh, wait a minute. “No, sorry, sorry. All the same! All the same!” Ah, now it made at least a little sense. Started out well, what young Yovani lacked in experience he made up with hands as dexterous as a monkey rolling cigarettes with his toes. The shave, however, proved somewhat more challenging. I suspect he is not often asked to conquer 6 weeks of hairy gringo growth (incidentally, the name of my new band) with his clippers and straight razor. An hour and a half, three new blades and layer of skin as thick as an “Experimenting With Your Changing Body” information booklet later I staggered out of there with my face feeling tighter than Mickey Rourke’s forehead. But light. And cool. And scalpy. It was only later when faced with the brutal honesty of a well-lit mirror that I noticed how much white skin had been hiding behind that furry façade, and how I remained sparsely peppered with rogue hairs mainly around my nose and mouth, somewhat akin to a young Ellen Barkin. For Laynni’s part, she hated it as usual, being naturally opposed to change in all forms, although especially in me, and lamented that she had gotten pretty used to me being “just two squinty eyes and a hint o’ lip”. She does set the bar high, doesn’t she?

As I mentioned earlier, as I was trusting everything above my shoulders to the unpredictable hands of a 16-year old with a knife, Laynni and her mom spent much of their time perusing the myriad Antigua markets and diligently checking things off Nadine’s long list of gifts to buy. Lyle was assigned to follow along behind as the rear guard which, in some circles, is also known as “purse duty”. They were astonishingly successful, probably in no small part due to Nadine’s well-honed shopping technique, slowly mastered over years of travel and at least partially attributable to the lack of monetary concern that comes with not actually carrying the money. Her clever method goes a bit like this – “It has been placed in my hands – I guess I have no choice”. (M. Lewinsky, circa 1995)

Having taken care of all that, we were off to Guatemala City (on our second accidentally private shuttle – there are some serious benefits to traveling in a group) to spend one night before Lyle and Nadine were to fly home and we would cross our fingers and hope to Chicken Bus it down to El Salvador. We spent a relatively uneventful evening at a nice, helpful hostel near the airport (Hotel Dos Lunas), although I was soon forced to revisit of one of my all-time travel pet peeves – people who throw their toilet paper into a toilet that you are specifically not supposed to put toilet paper in, then find themselves unwilling to risk a disastrous and embarrassing overflow, and instead opt to just leave it floating around in there, as damp and offensive as Bette Midler. Which leaves you to decide – take the chance, leave it for the next person, or make sure Laynni goes next.

Our final morning in Guatemala, a full breakfast crowd, the usual “Where are you from?” conversations going round and round:

USA, Canada, Russia, Guatemala, Holland, etc. All followed by various comments and pleasantries, “been there once”, “had a friend that lived there”, “heard it’s nice”, “we’re hoping to get there” and then….“I’m from Luxembourg” – silence, silence, more silence, a throat clears, someone finally says “Oh…um….yeah.” Then the old American guy:

“I was near there once, what do you speak in Lichtenstein?”

“No, we’re on the other side of Germany.” 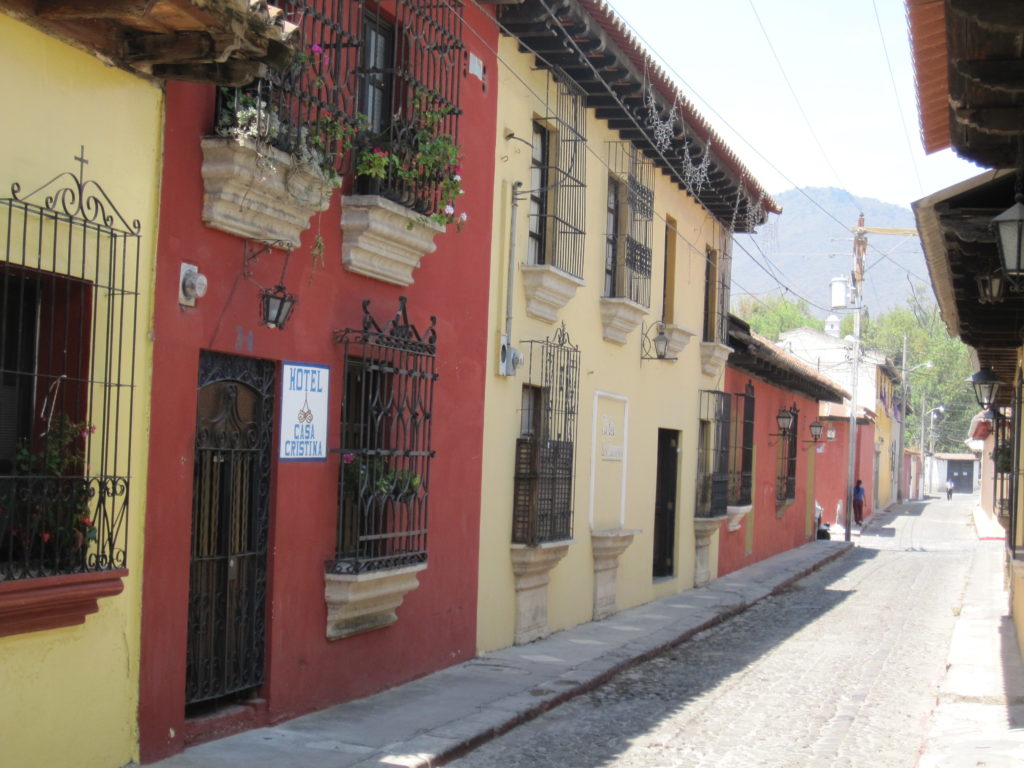 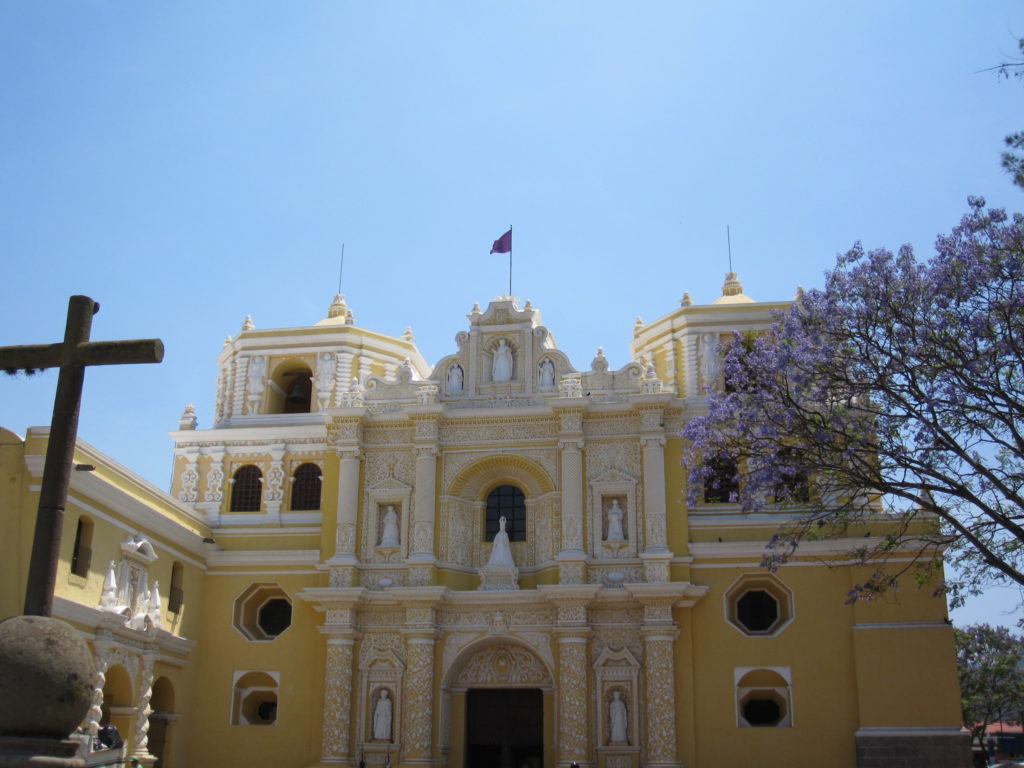 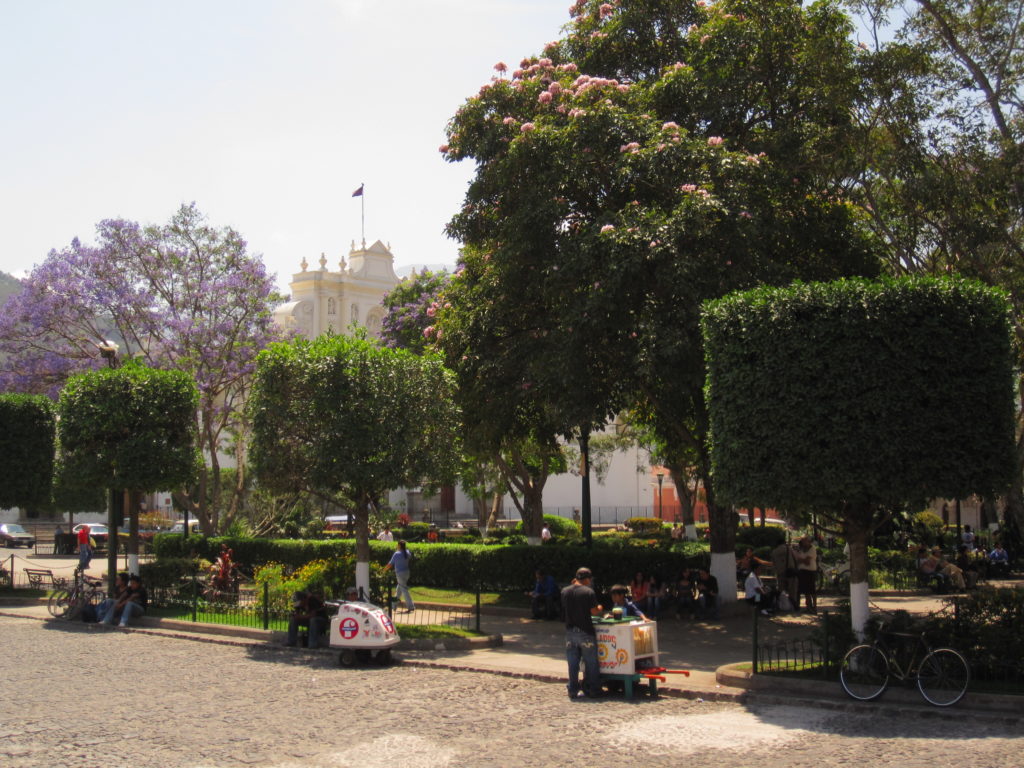 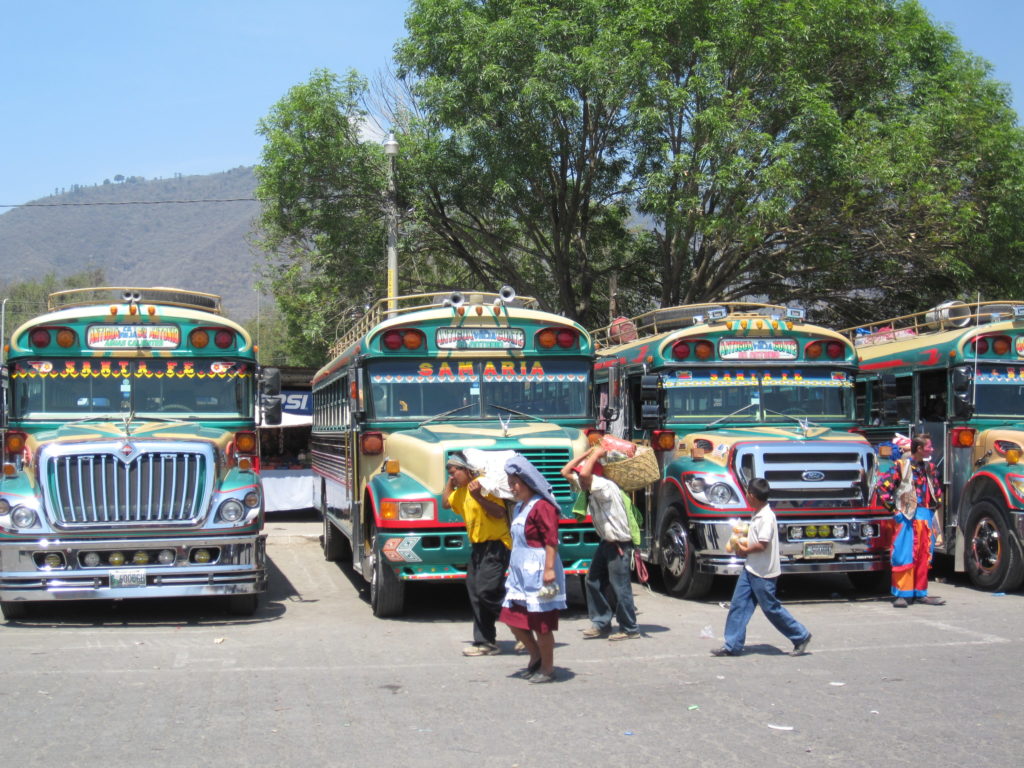 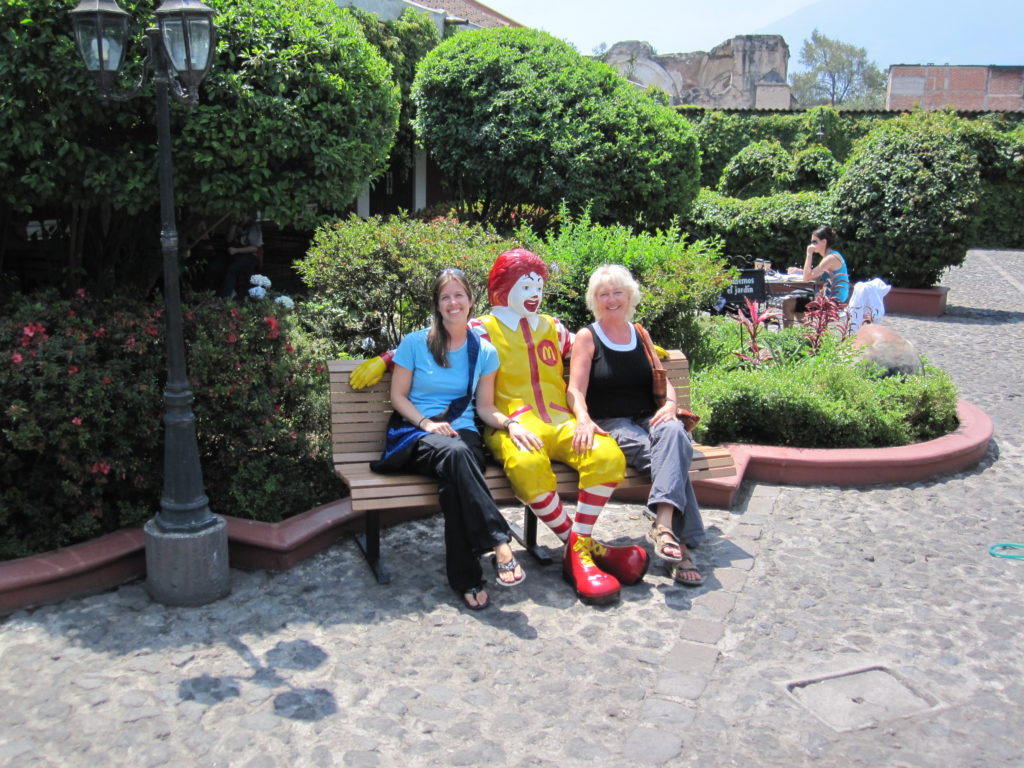 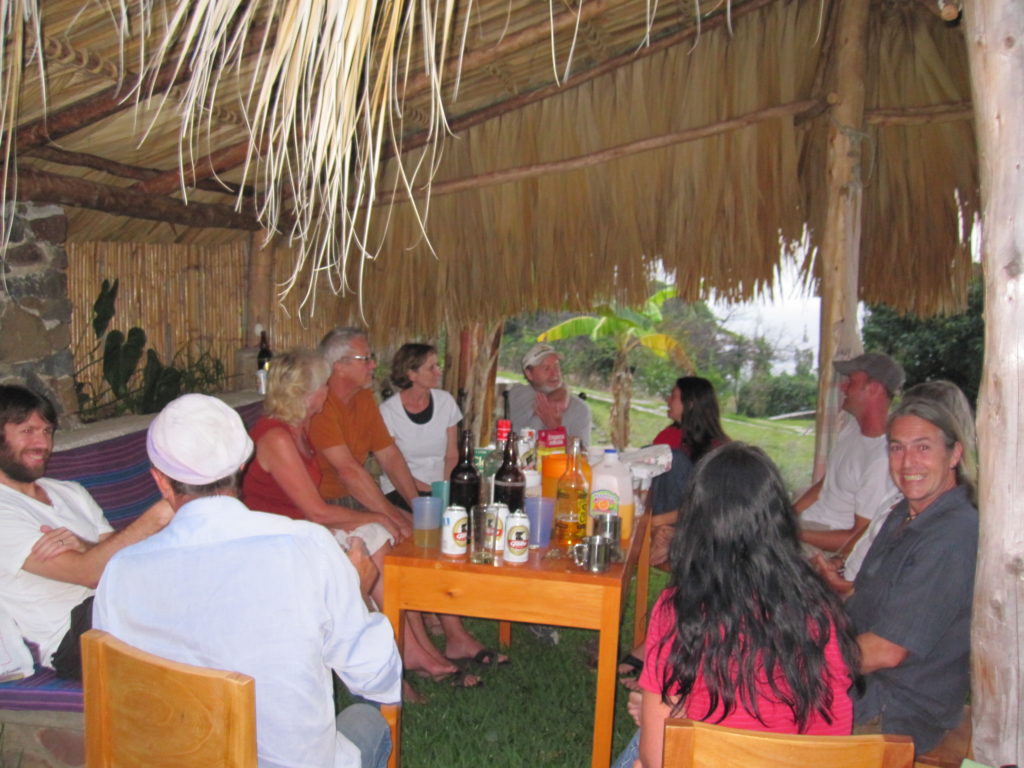 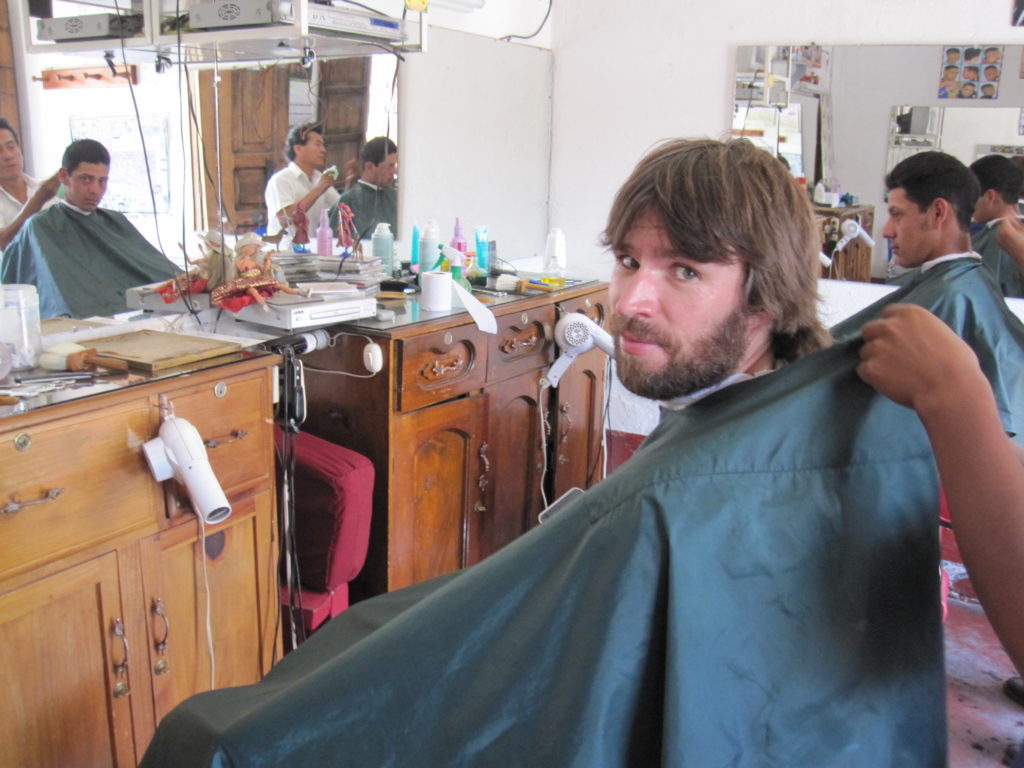 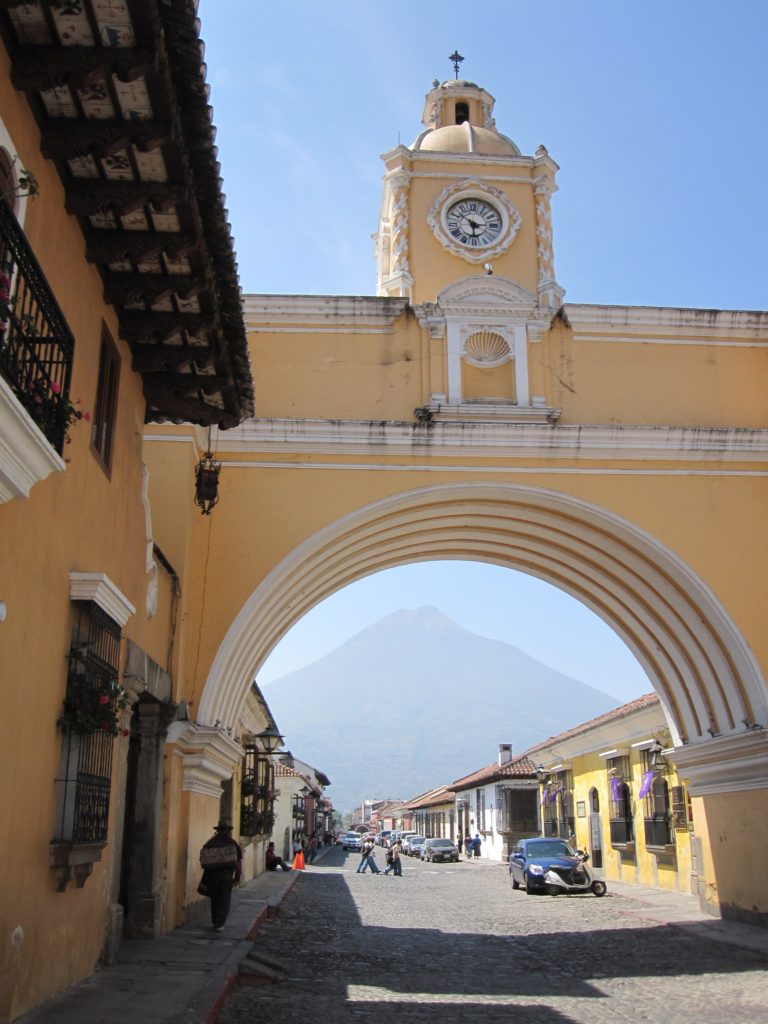 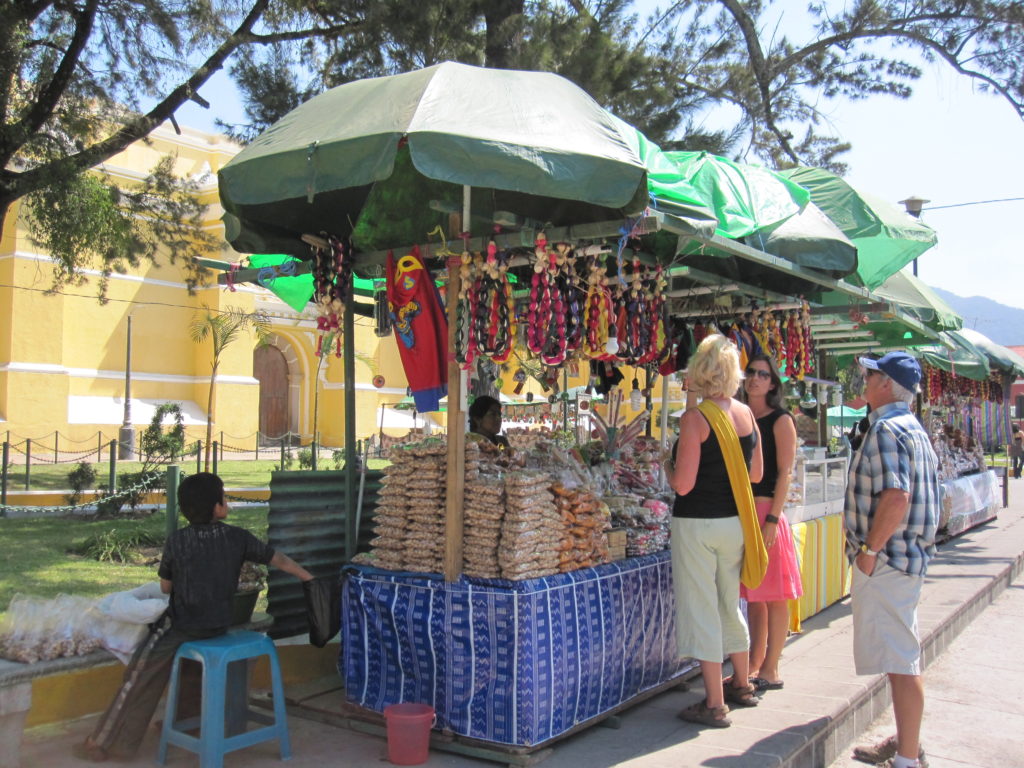 Routinely Nomadic is a comprehensive travel blog that features all the destination info, trip stories and travel advice you need to plan your next great adventure. Every post has been written by us, for us (no sponsored posts), and every adventure is our own, even the boring ones.