Musanze: If My Momma Catches Me Doin’ Rwanda…

From Kigali we started a slow, deliberate journey that would eventually lead to three days of
so-called “adventure travel” in the Congo. But first up, Musanze, the staging point for gorilla trekking in Rwanda and a place that sees tons of tourists, most of whom just zip in and out, spending only the minimum of one night. We, however, went wildly against the grain, not only staying two whole nights, but not heading out on a tour during the day. Instead we hung out around the hotel, reading, relaxing and hanging my newly hand-washed underwear on a chair in the parking lot, all of which the staff seemed to find both puzzling and disconcerting, much like if we had showed up riding an unusually large dog. We then spent some time wandering around the back streets of Musanze, places that apparently aren’t often frequented by tourists, if one was to judge by the multitude of stunned looks and uneasy stares. The occasional child’s cry of “Mzungu! Mzungu!” was the only thing that made it feel halfway normal.

Speaking of “mzungu” – this is the seemingly universal African word for foreigner, although it also seems to include the implication that you are both white, and unable to properly pronounce words starting with multiple consonants (i.e. Rwanda, ndiyu, mbili, Ngongorongo). In our mere two weeks here we’ve already become more familiar with our new nickname than the pleasures of hot water showers, or geothermal energy. It really is an impressively diverse word, as tone and inflection can be used to make it come across in a number of completely different ways:

Positive – with a smile

Greeting – with a wave

Statement of fact – look of surprise, possibly a mini-grunt

Negative – followed by “give me money!”

Verbal junk-punch – forcefully, accompanied by baring of partial of set of teeth

Now, as for the old “give me money!” trick, other equally equally persuasive variations include “money! money!”, “give me! give me!” and, my personal favourite, mainly due to its utter lack of ambiguity, “Give me your money!”. A strange thing to hear outside of tax time. It also makes me wish I hadn’t known it was only my money they wanted the time I beat up MacCauley Culkin and gave them his solid gold Home Alone brooch. Regardless of the specifics, child begging is always a controversial topic, and in any given group of people you are about as likely to find a consensus on it as you are on how much of an allowance Miley should be giving Billy Ray. Of course, everyone needs to make their own decision but, personally, we don’t like to hand out anything to kids as we feel it sends the wrong message, and because we’ve been to several places (Nepal, Cambodia, Nicaragua) where there are organizations whose sole purpose is to eliminate child panhandling, encouraging tourists to instead support local charities which then provide for them. The concern is that when tourists give things to kids, whether it be money, candy, pens, or even empty water bottles (much sought after here in Africa in areas where the nearest water source is often miles away) it promotes an inferiority complex, a culture of handouts and a feeling that everything good comes from the West. In some cases, this dependence can become so ingrained that eventually they are no more able to fend for themselves than a rapper under Jay-Z’s label, or the Phoenix Coyotes.

Anyway, despite the pleas for financial assistance, our little hikes and jaunts around town and country usually still serve to boost the ego somewhat, constantly being noticed, acknowledged, leered at (in Laynni’s case) or frowned at (in my case), and fawned over. Sometimes the parallels between strolling on a bumpy dirt road in Rwanda among a horde of African kids and walking the red carpet are hard to ignore – we dress completely different, we wear sunglasses at all times and there’s just no way anyone believes we were born with skin like that.

Now for some miscellaneous observations from Rwanda:

People here love to talk, and usually loudly, especially men, and from what we can tell the hottest conversation spot in the country is any hotel hallway around 11 pm. It took no small effort, but one couple in Kibuye may have even managed to one-up the great Johnston/McFadzen/Sahulka hallway gathering of 2010 in Brandon, an achievement in obnoxiousness many believed would stand up at least until the next Lilith Fair.

We’re really acquiring a taste for goat here, as it is cheap, readily available, and actually seems to have more taste, and require less chews per bite, than the local “beef”. We like to call it “Getting our goat on!”, because that is somehow funny to us. The chicken, on the other hand, which I once believed to be possibly the only universally decent meat in the world, is actually quite terrible here – fatty, scarce, expensive and stringier than Madonna’s groin muscle. Long story short, the charismatic boat driver and I are going to remain just friends.

Rwanda is simply not a great destination for backpackers, at least not yet. The people are friendly, hotels are good, the scenery is spectacular and public transport is cheap and frequent between cities…but…there is often no public transport from the cities to the park. So colluding taxis tend to be worse value than Payday loans, park fees are Lebowski high, and guides are often required at fees that would normally buy you an African election. Of course, their goal may, in fact, be to attract high-end tourists, each one of whom will spend more on their farewell meal than eight backpackers with unkempt beards and faded Chang t-shirts will spend for the privilege of private bathrooms in a month. In which case, my complaints = their success. Well played, linguistically ambiguous country struggling to establish an identity through cross-cultural adventure tourism and neatly pressed shirts.

We have usually had a TV in our hotel room (upside) but it plays only what the sleep-deprived teenager at the front desk is watching (downside, except on Soccer Saturday). It is also also great fun to sit helplessly by and watch as he channel surfs through the whole list, over and over, like a jittery dog marking his digital territory.

Our laptop got pilfered in Gisenyi (downside) but not my pen (upside) so I write this entry out by hand like some kind of medieval scribe, or polyester-clad Phys Ed teacher.

Finally, you may have noticed that I have yet to mention the 1994 genocide that took the lives of over 1 million Rwandans. Two reasons for that. One, I see no manner in which I am even remotely qualified to make any judgments, generalizations, or in any other way evaluate such a
horrible tragedy that is so thankfully beyond my realm of experience. Two, while everyone is entitled to their own perspective on the matter, we personally have no desire to tour massacre sites, take photographs of human skulls or in any other way feel as though we are crashing a stranger’s funeral. I will say, however, that both place and people seem remarkably resilient
considering how relatively recently it all took place.

And they grill a mean goat. 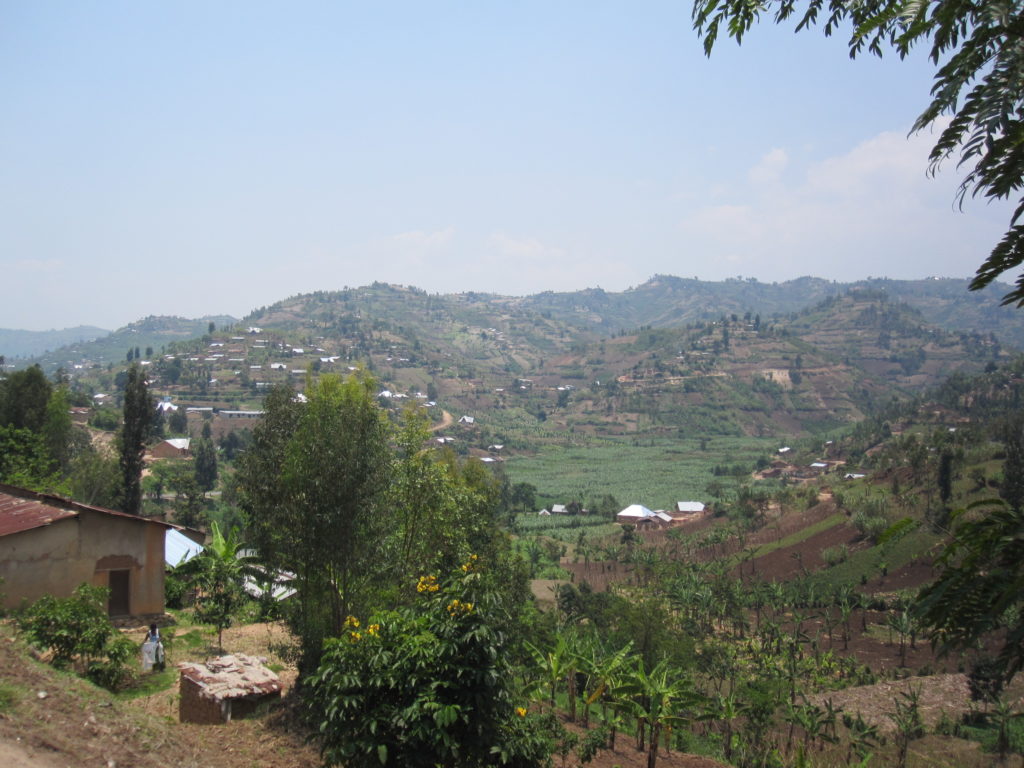 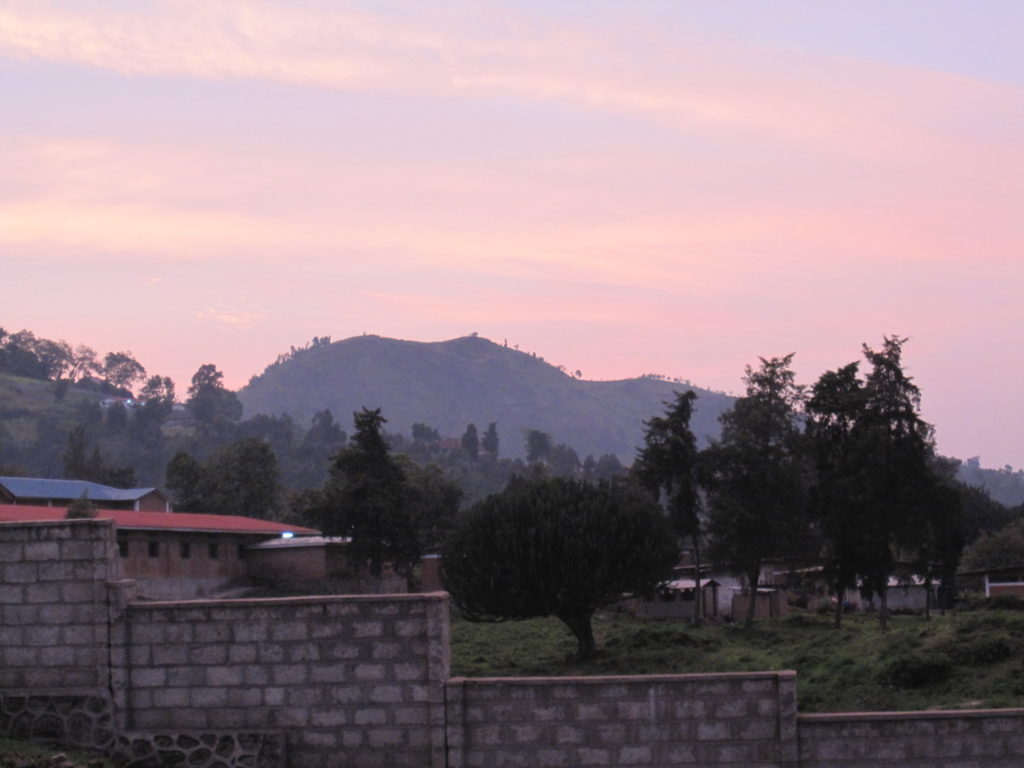 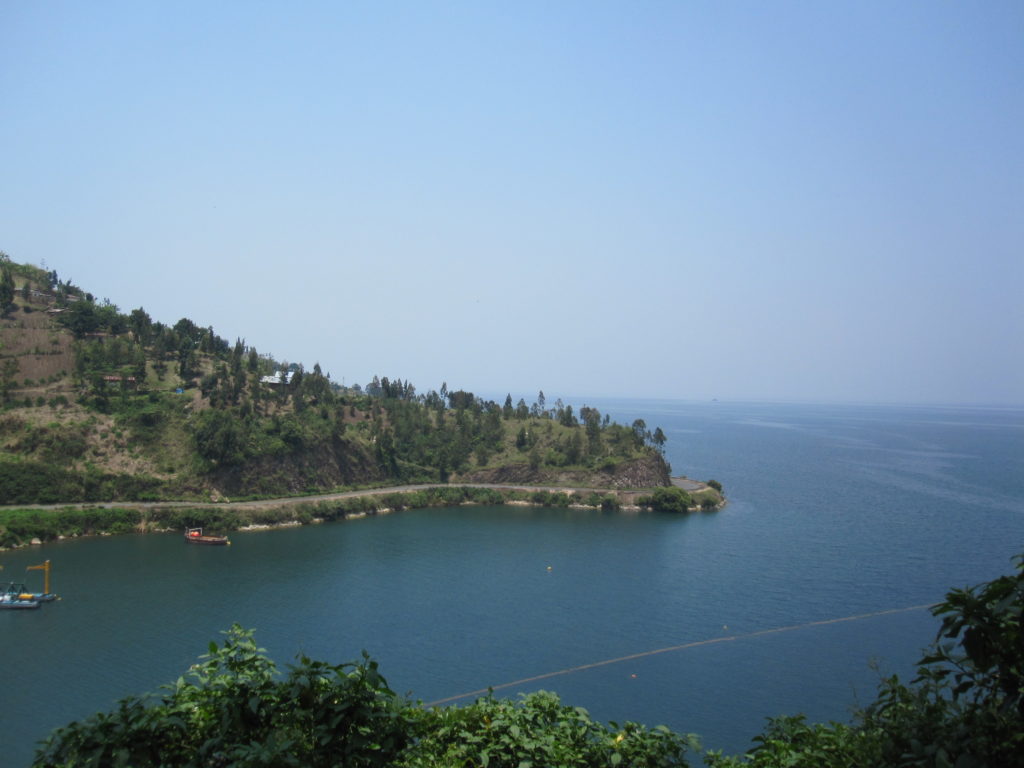 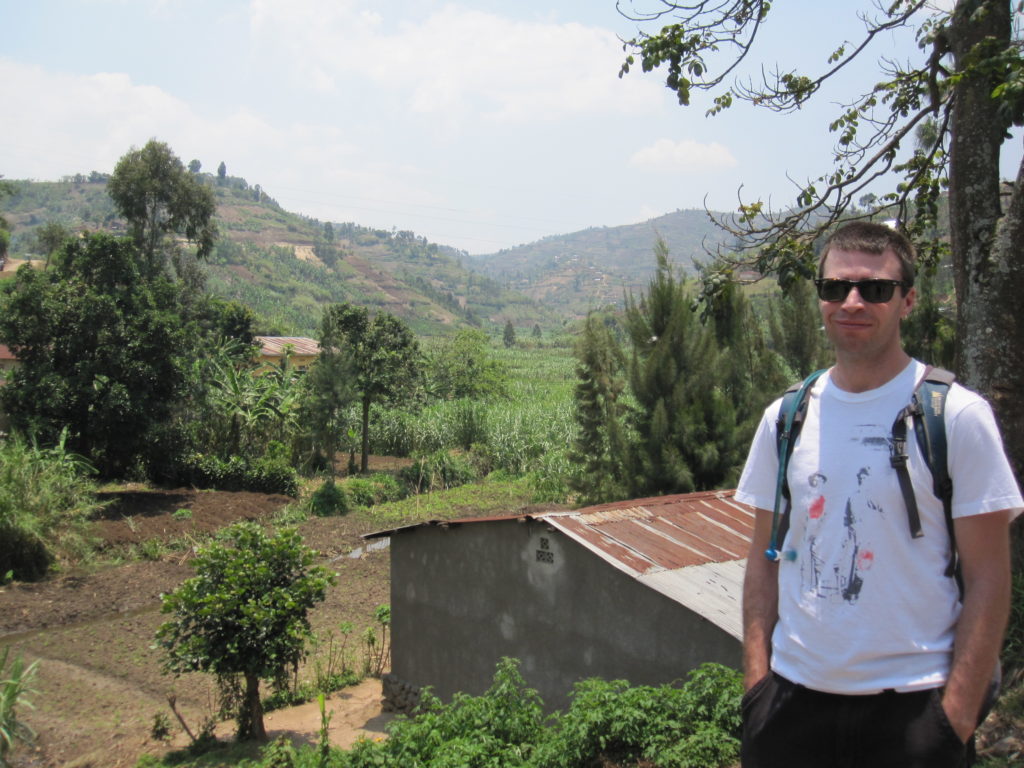 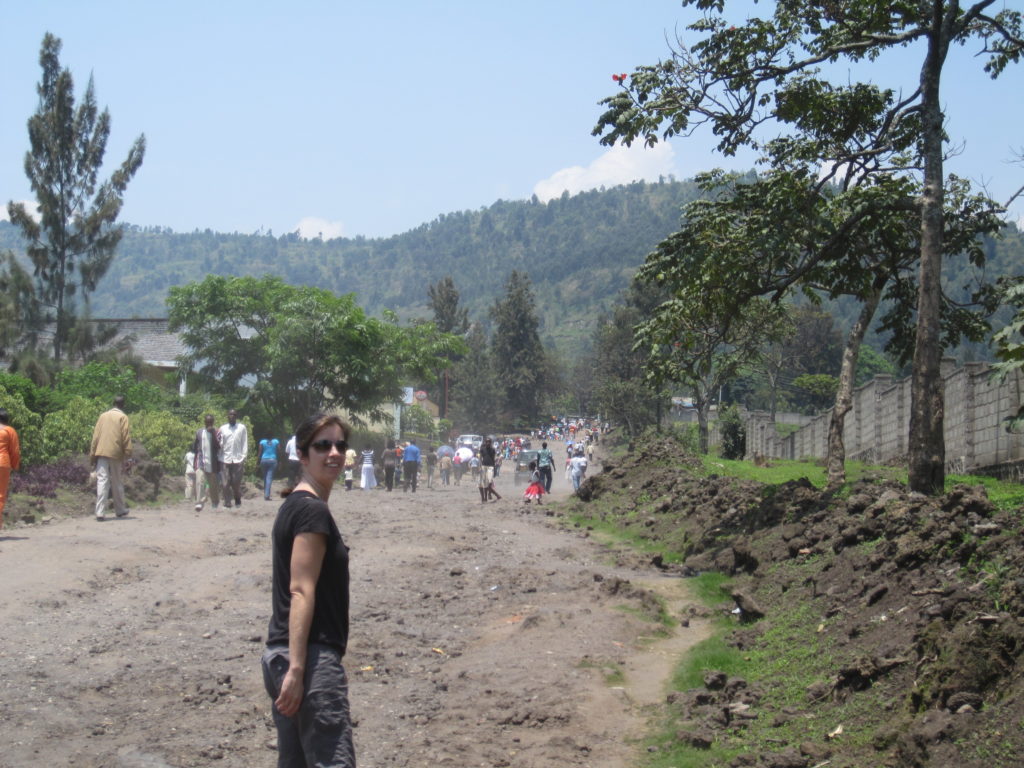 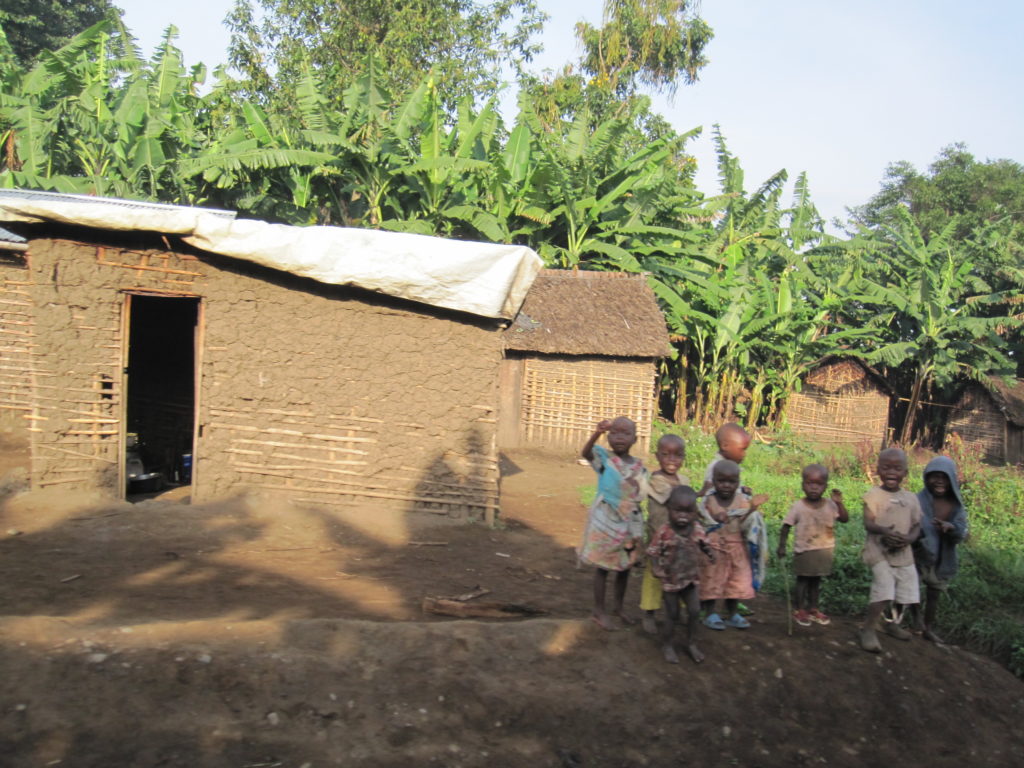 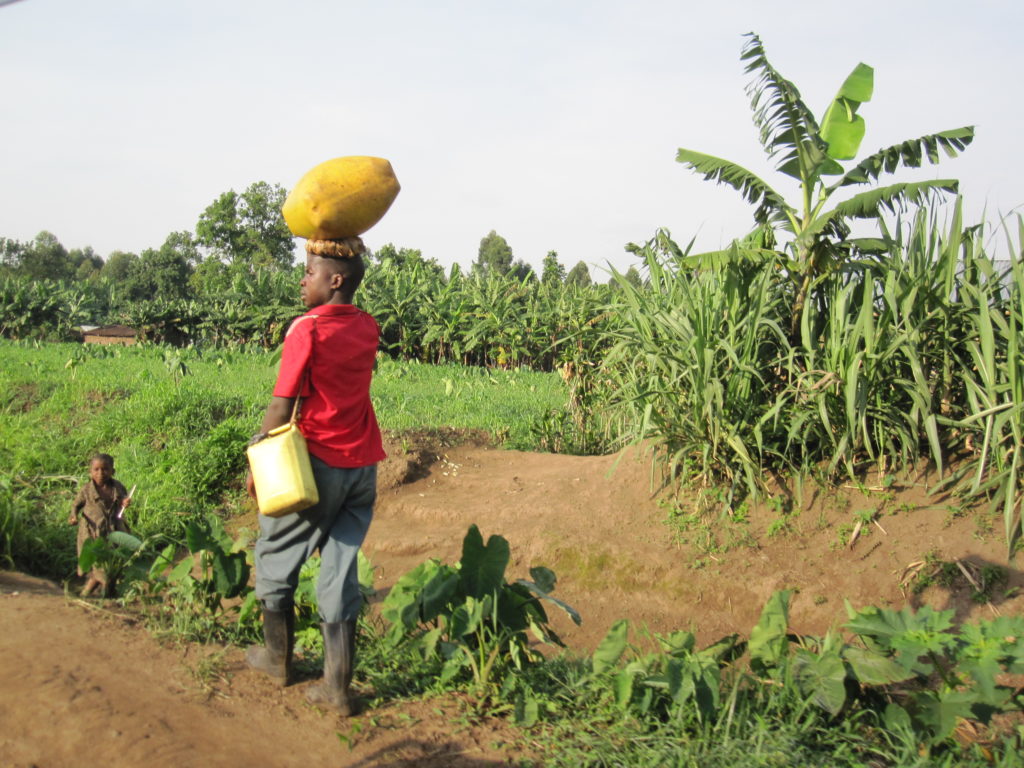