Istanbul or Constantinople? Europe or Asia? Proud independent nation or clumsy hideous bird? In fact, Turkey would prove to be all of these. As if our border crossings weren’t already hard enough, what with the Syrian government’s fear of white people and all, on our way into Turkey we ended up getting saddled with a taxi driver so suspicious that he actually managed to deflect the attention away from us for a change. He was like a really bad sitcom actor trying to pretend he isn’t hiding anything, so he acts bizarrely nonchalant, inevitably gets called on it, completely falls apart, and hilarity ensues. Except instead of hilarity, what ensued in our case was the car being hauled off for a thorough search of the undercarriage. Somehow the guards weren’t put at ease by his repeatedly getting in and out of the car, opening and closing the trunk, rearranging the cargo and fidgety smoking. I don’t think the plastic bags of unlabeled “wine” helped either. In the end we were surprised to actually be sent through, without any confiscations as far as we could tell, although we’re also reasonably certain that some of those extra long handshakes had something to do with it. Then, just for good measure, the guard at the final checkpoint, the guy just double-checking that you have all your paperwork, barely glanced at the documents before berating our driver and stealing a set of tinsnips right off the dash. Our guy then literally chased him back to the booth and managed to snatch them back, the guard then looking on unconcerned, not angry or affronted or even shamefaced, and off we drove. Ah, we’re going to miss all these crazy Middle Eastern hijinks.

And just like that, we were in Turkey and it was a whole new world. I couldn’t stop staring at every road sign, billboard and shop front, my head snapping back and forth like a dog with two asses to lick. For two months in the Arabic countries any time we saw English lettering we could pretty much count on it being directly relevant to what we were doing or where we were going. Now all of a sudden there were e’s and a’s as far as the eye could see, the occasional f lurking around the corner, and enough o’s and h’s to write a porn script. Never mind that we still couldn’t understand a word of it, or that some of the letters seemed just a bit off – g’s with happy faces, vowels with eyes and c’s and s’s that appeared to have clingers hanging from their asses. The important thing was that it felt like we should be able to understand it. Two weeks later it still does, and we still don’t.

Strangely enough, they also paint their buildings here, sometimes even using actual colours. I hadn’t even realized this was lacking previously until Laynni pointed it out. Cruising past all those blues, greens and oranges was almost hallucinogenic after two months of sandy beige and skidmark brown.

After a long travel day we finally made it to the Turkish beach resort of Kizkalesi. It was just what we needed after all that time in the desert – an ocean breeze, a wide sandy beach lined with open-air restaurants and bars, and grass, actually green and growing. Oh yeah, there was one other little thing kind of unique to Kizkalesi, there’s a frickin’ castle in the ocean! Just sitting there about 200 metres straight out from the beach looking like a huge stone dinghy. Every once in a while you’d get engrossed in your book, sort of forget where you were, then look up –

After a few days we reluctantly dragged ourselves down the coast to Antalya, and then eventually to the backpacker enclave of Olympus. Theoretically renowned for its famous mountain, ancient ruins, the eternal flame of Chimaera and a long rocky beach, Olympos also serves as a man-made human preserve where large packs of roving Aussies live in treehouses, drink copious amounts of liquour and “take the piss out of each other” in a strange language distantly related to English. The familiarity of this habitat allows them to feel comfortable enough to eat, sleep and mate boundlessly. However, it is important to remember that these dangerous creatures are not caged and many an unsuspecting, weak-willed Canadian has been lured into their rowdy lair. Common tactics include offering oversized beer, laughing at even the lamest jokes and discussing all the ways Canadians are superior to Americans even if they can’t actually tell them apart.

Yeah, we had a great time in our three nights at Saban Pension despite unsettling news of a recent altercation at Turkmen’s Treehouses across the road. Apparently a managerial dispute ended with a member of the ownership group in critical condition after being shot twice by his cousin. Locals seemed unsurprised, explaining that “those guys are always fighting”. Because shooting your cousin wouldn’t be considered psychotic or anything.

We also endured rain for the first time since the summer of 2007. After spending the winter in the frozen icebox we call Saskatchewan and then two months in areas drier than a camel’s arse we were completely caught off guard by the massive thunderstorm that lasted several hours and even spit out a bit of hail here and there. Curled up in our cabin with the heater cranked the only real hardship it caused for us was that our laundry took longer to dry.

Nevertheless, rain? To hell with that, we left the next day. 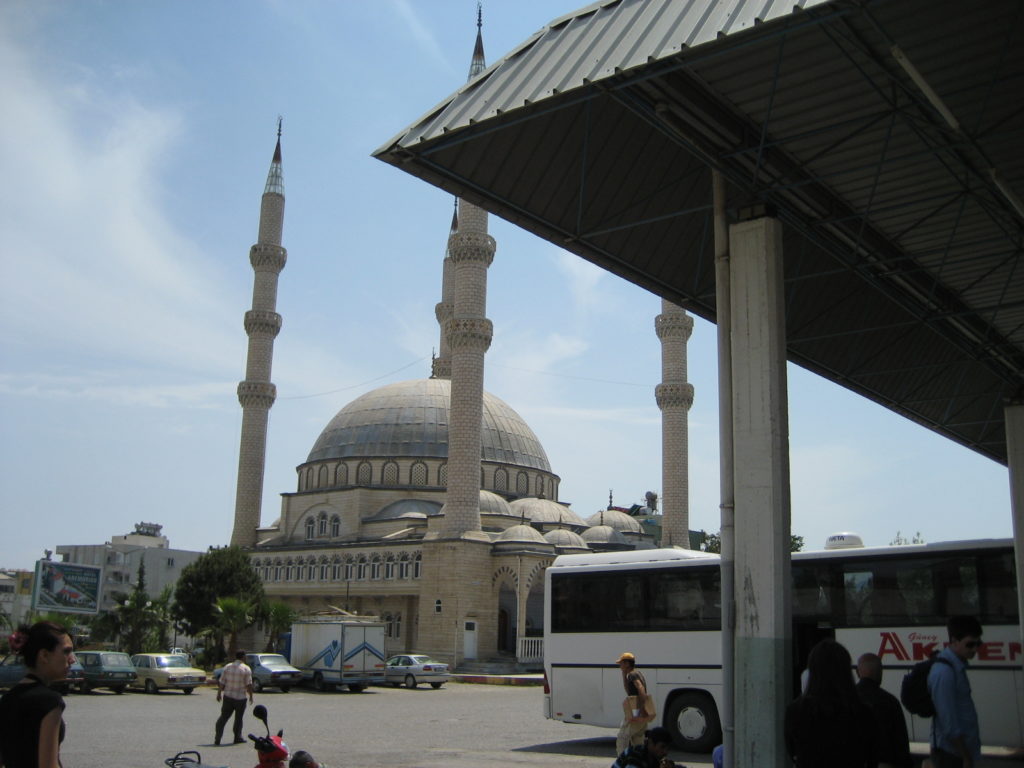 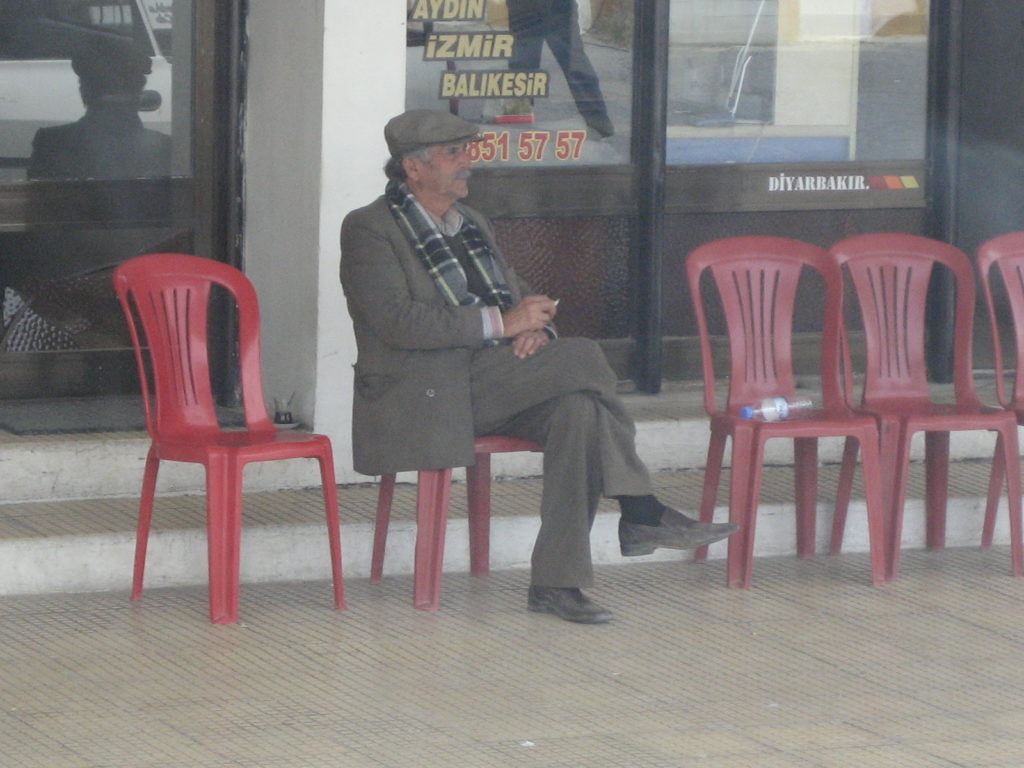 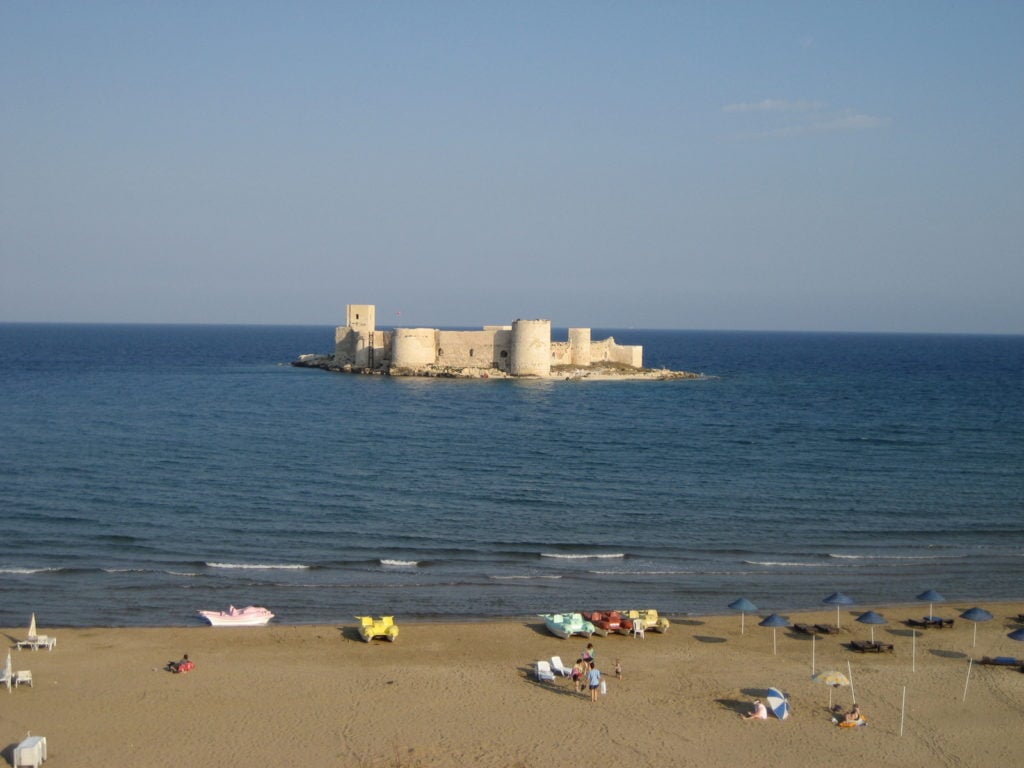 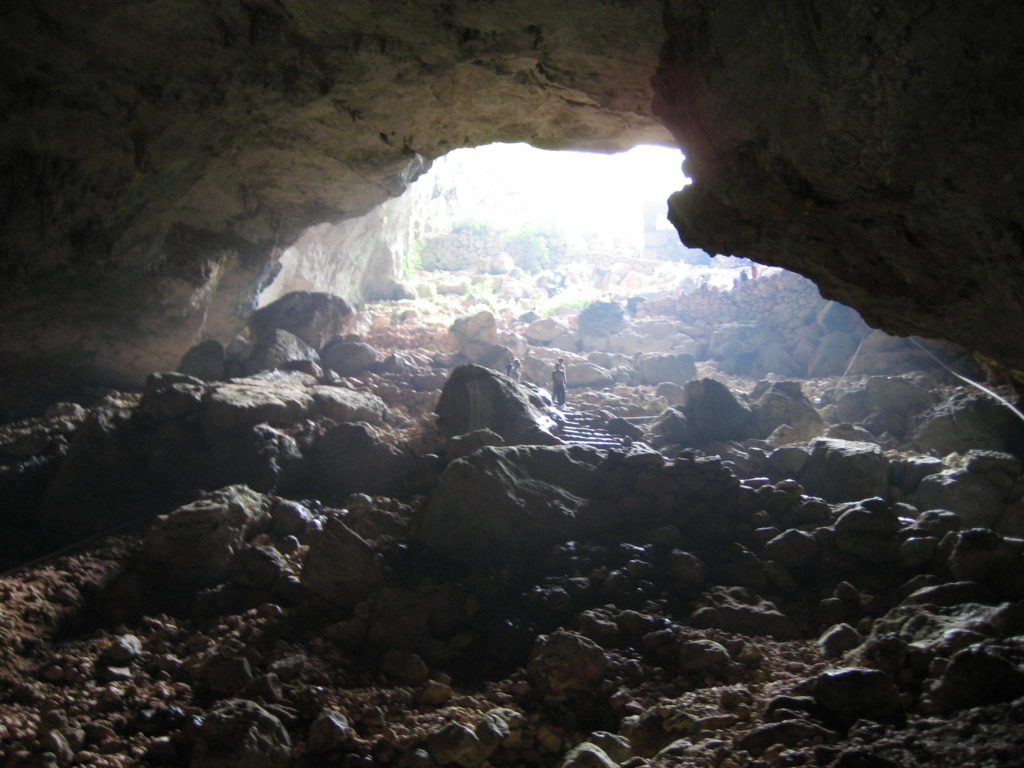 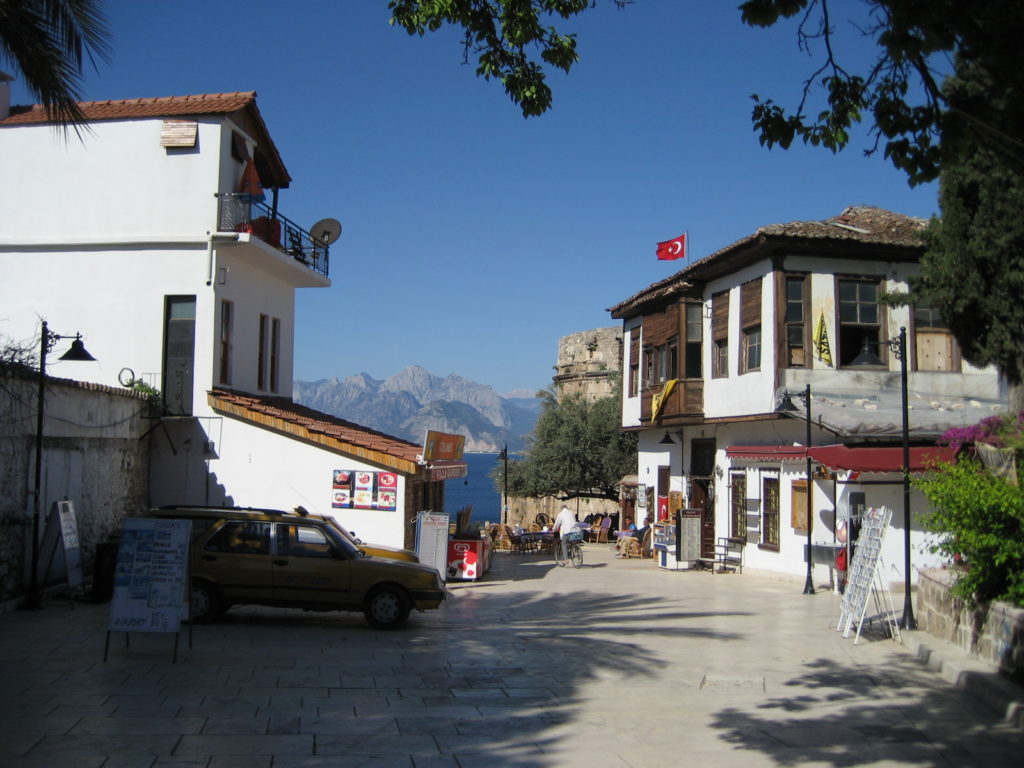 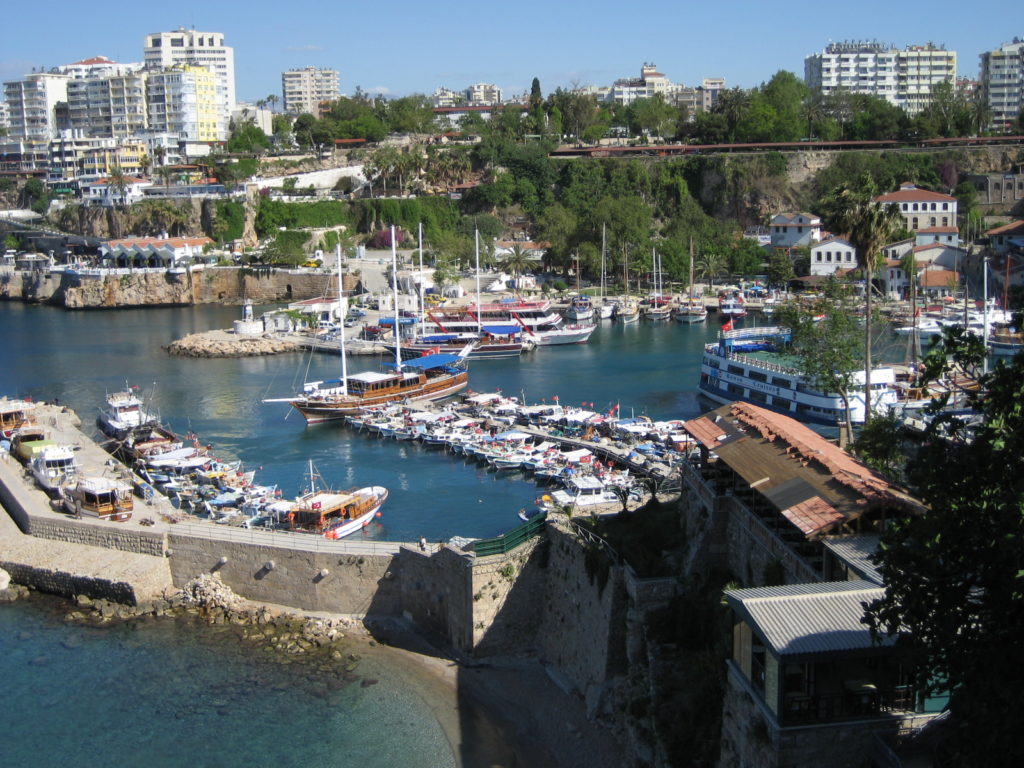 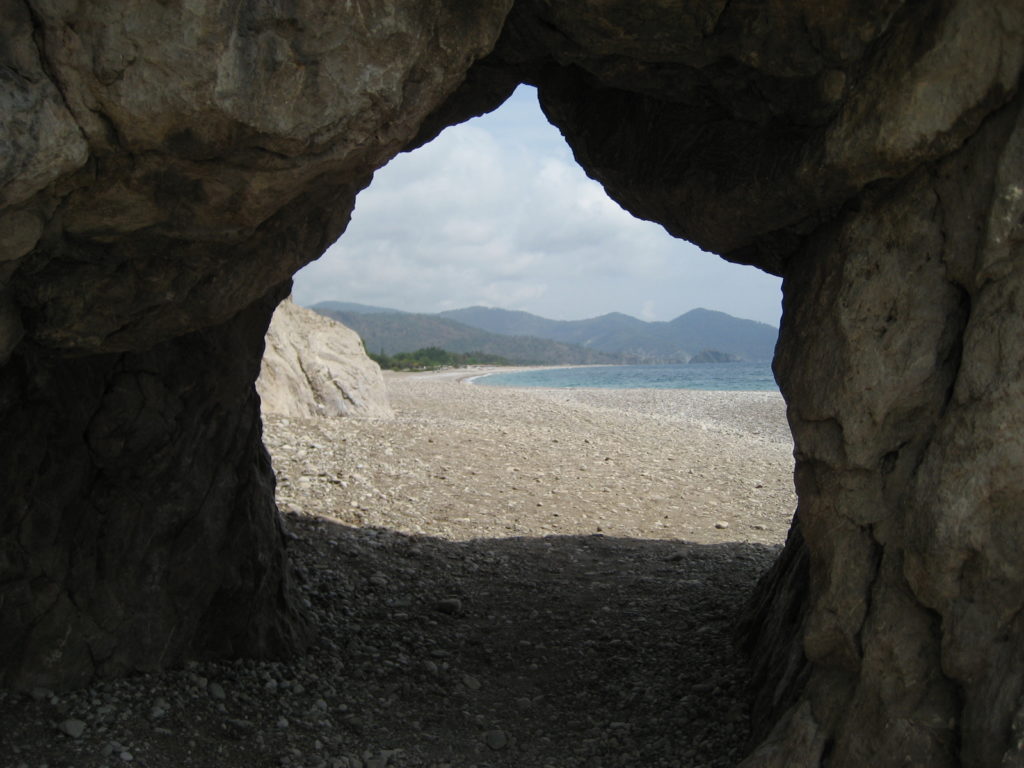 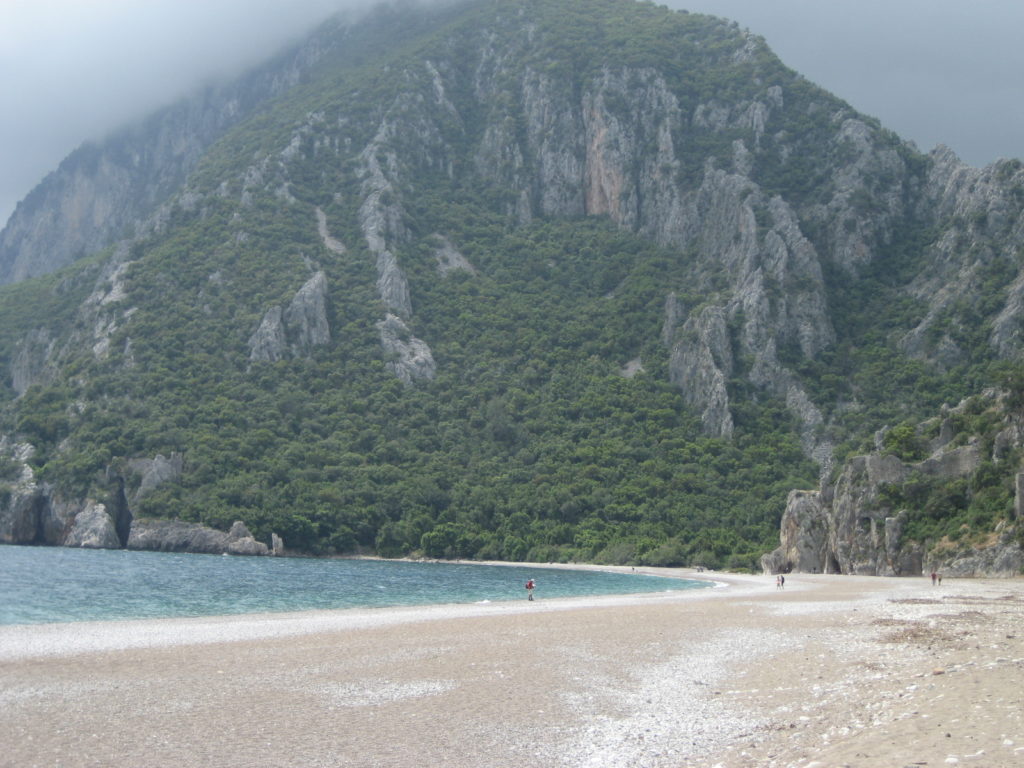