After the hot, humid, languor of the south our plane ride north was predictably shocking to our system – cold, dry and so anally obsessed with safety. But stepping off the plane in Udaipur was just about as bad, the parched desert air sifting down to befoul our moist spoiled lungs like a dirt road on a freshly washed half-ton. So, to summarize, it’s a bit dry. And a lot cooler. Might wish I brought more than one pair of pants. And a sham-wow, obviously.

Udaipur is a yet another famous Rajasthani city, one of many that apparently have, at one time or another, served as a ruling empire’s capital city, military stronghold, economic centre and most popular destination for gawky rural farm boys in search of wealth, wine and woven fabrics (that’s what guys want, right? To be rich, drunk and accessorized in nifty scarf? Like in France? Or Canwood?). Anyway, as a result of its illustriously sordid past Udaipur is practically bursting with extravagant palaces, beautifully crumbling havelis (medieval homes of the rich and famous) and venerated Brahmin cattle haughtily eating garbage, shitting anywhere and everywhere and belligerently swinging their horns at foreign women wearing multi-coloured skirts and watches that smell faintly of carbon sulfate, all while somehow retaining a very relaxed and welcoming vibe. Although, in the cows’ defense, I suppose if my great-grandfather had spent the early 1900’s snuffling through the Mughal Emperor’s outdated beheading proclamations and proudly lapping up the princess’s leftover tea and pungent “night water” I’d also feel pretty strongly about my right to hang out in traffic washing down some old Dairy Milk wrappers with a lukewarm concoction of a noodle grease and Fanta.

There is a wide range of things to do in Udaipur. The havelis, in particular, are very cool, and the entire old town seems to derive its personality from their fading elegance. Originally large, sprawling residences with dining halls, courtyards, dressing rooms, servant’s quarters and spitting ponds, they’ve now been mostly broken down into smaller units so that what used to be one luxurious dwelling now often houses a fabric shop, a tall narrow hotel with a rooftop restaurant and seven guys to sweep floors and peer in windows, an Internet café, a sweets shop and a travel agent selling overpriced rickshaw tickets to a dried up waterfall. Which is way more stuff, obviously. And for those conscientious souls who are keeping an eye on their figure yet remain doubtful that a steady diet of curry, chapattis and undercooked peas will do the trick, there are still one sheet-load of stairs to climb. Everywhere, all the time. Like lesbian kisses on MTV.

We’ve found the hotels interesting in that they all seem to have a ridiculously wide range of rooms from “4 Star”, to “Mid-Range” and all the way down to “Israeli”:

o   Target: Mid-range tourists, taxis, short hair but unkempt to tell people “I don’t have to work on Monday”, into tourist restaurants, 650 ml beer and packing a 2nd pair of shorts.

o   Target: Shoestring backpackers, hitchhiking, filthy hair twisted into a an scruffy topknot, into cooking noodles on a camp stove in the lobby, rolling their own cigarettes and wearing a torn shirt with yellow armpits and linen traveler pants every day.

Udaipur is considered one of the most beautiful, and most romantic cities in all of India (according to both the Lonely Planet and the scrawny guy using a fire-heated antique to iron clothes on the street), mainly because of stunning Lake Pichola which sits at the very heart of the city flaunting its picturesque island palaces, captivatingly traditional bathing ghats and shimmering collections of discarded water bottles. It also really helps that there is actually water in it, unlike a couple years ago when there was a severe drought and the “lake” basically turned into a rather large, muddy dog park. Nearly every hotel here has a sparsely furnished rooftop restaurant with dramatic views out over the lake, city and surrounding hills, and at least half of them show the classic Bond film Octopussy religiously each night, what with much of it being filmed right here in Udaipur back in the carefree days of 1982, when the Rolling Stones were still just “getting too old for this” and baseball pants were too lewd for young girls’ eyes. Today modern Udaipur clings tenaciously to this small slice of Hollywood fame through the wonders of video and the dozens of charming 28 year olds wandering the streets with light skin, impeccable hair, fondness for martinis and debilitating sex addictions.

There are times when wandering the narrow, hilly streets of Udaipur can take on an almost medieval feel – passing silver shops, leather shops, holy cows and finely crafted arches. It generally doesn’t last, though, as the smoke-belching rickshaws, flared jeans, Keanu Reaves haircuts and self-congratulatory “Broadband Internet!!” signs soon remind you that it just has to be at least 2002. So far no sign of Edward Norton, though.

We toured the City Palace for a couple hours, wandering around and admiring the well-preserved architecture, the numerous portraits of stiff-backed royalty brandishing swords and luxurious mustaches and all the huge intricate murals depicting heroic Indians killing the shit out of all kinds of things. Mostly people, but sometimes elephants, sometimes demons, and every once in a while a terrified family of tigers pinned helplessly in a corner by an entire army of courageous and well-armed soldiers. We didn’t really get the odd painting of three cows locked together by their udders, suckling on each other’s teats in a puzzling display of solidarity, and vaguely reminiscent of a divorced women’s support group. At the very least it led to a disturbing argument regarding the exact mechanics of a “circle jerk”.

For sunset one night we went up to the Monsoon Palace (the outside of which features prominently in Octopussy) and were impressed by both the views and the surprising ability of such a one trick pony to achieve this level of popularity. Rarely can you fully exhaust the attractions of a notable tourist site in just 15 minutes but, in my opinion, the Monsoon Palace, along with pretty much any “hot springs” and Missouri’s Giant Ball of Tampon Strings,  are a few that seem tailor made for the tourist on the run.

Most meals in India are ordered and eaten family style with everyone at the table taking a portion from each of the various little tin pots. Which means they always provide a couple extra plates, even if all you’ve ordered is “butter toast” or vegetable fried rice.

The buses are very old, very rough, have very bad seats and often don’t have any windows, just tarps or steel shutters that are presumably used only if it rains (we can’t be sure since we have yet to see any rain, or a garbage truck).  Yet, in a startlingly modern twist, they do have a dedicated “conductor” who wears a starched khaki uniform, has his/her own marked seat near the back door and carries a portable ticket dispenser that prints off a receipt for each passenger that shows where they got on, where they are getting off and the price. Reminded me of dating in Bangkok.

They have mango creamsicles here, and they are magnificent.

Indian electricians seem to have a sordid obsession with electrical switches. Every room has a master switch outside (so hotels don’t have to rely on unreliable people to turn off lights) and then inside there is a huge motherboard of switches that would take several months and the dedication of an Asian busboy to master. As a general rule, it takes us at least 10 minutes to shut off the lights for bed, and nearly that long to get the fan turned on when I fart.

In the south many Indians have their own take on the conical bamboo hats you see worn by every farmer in Vietnam – the somewhat more modern Umbrella Hats. They look like something you might find in a novelty store, or Bill Murray’s Hilarious Gags for Pebble Beach suitcase.

Lots of Indian men dye their hair red, and I find it a real turn off.

We have yet to have a rickshaw use a metre (really we’ve only been in 2 or 3 that even had one) so the usual routine is to name a place, negotiate a price, then hope they actually know where that place is (often as much as a 60/40 shot). If they do happen to get lost, or never had a clue in the first place, they will drive around aimlessly, stopping to ask the least likely candidates for directions (why wouldn’t those 11 year old boys know where we could find a tiny, obscure home stay?) and when we have eventually guided them to it ourselves using our map, and then paid the agreed fare, they will smile sheepishly, wobble their head for a bit, then humbly, yet hopefully, plead for “more rupees, please” because they had to “drive round and round”, adding weight to this argument using swirling hand motions that would suggest they were either churning butter or spinning a cat on a linoleum floor.

“It’s hard to meditate when you’re being gawked at by old Indian men. Words to live by.” 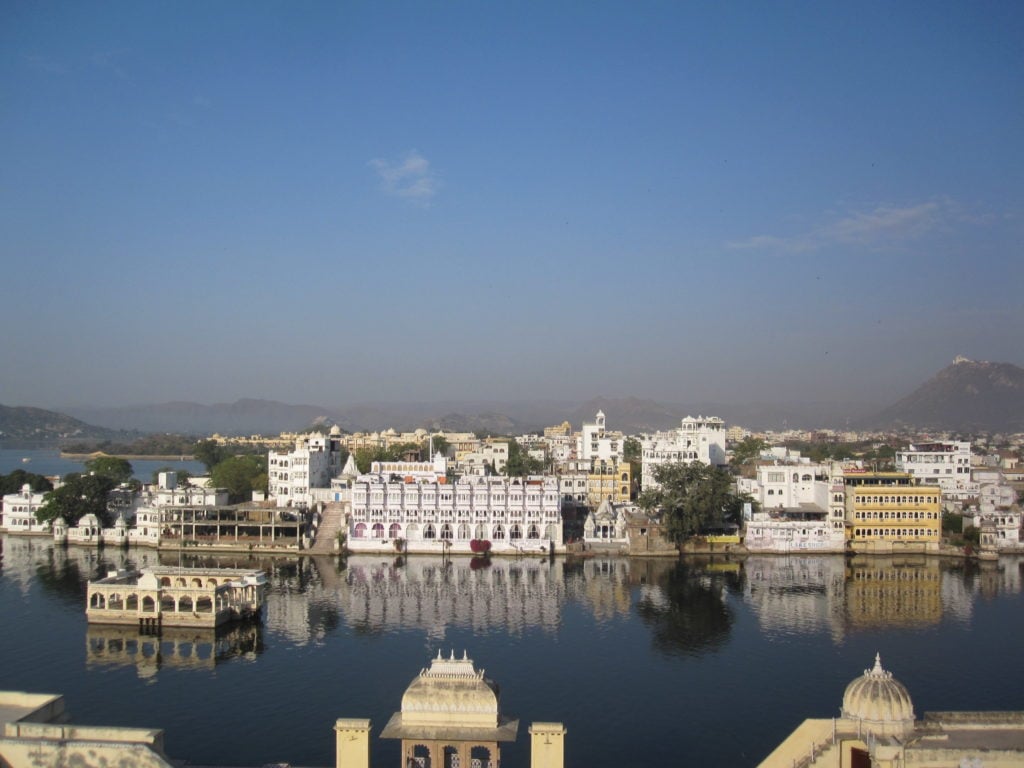 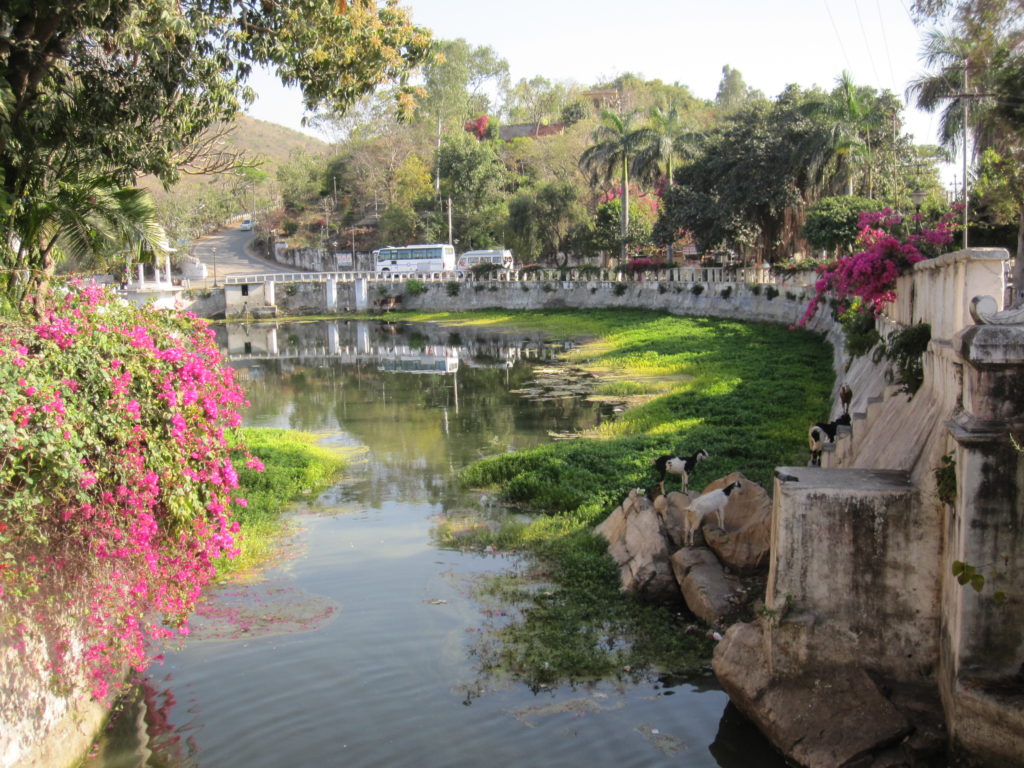 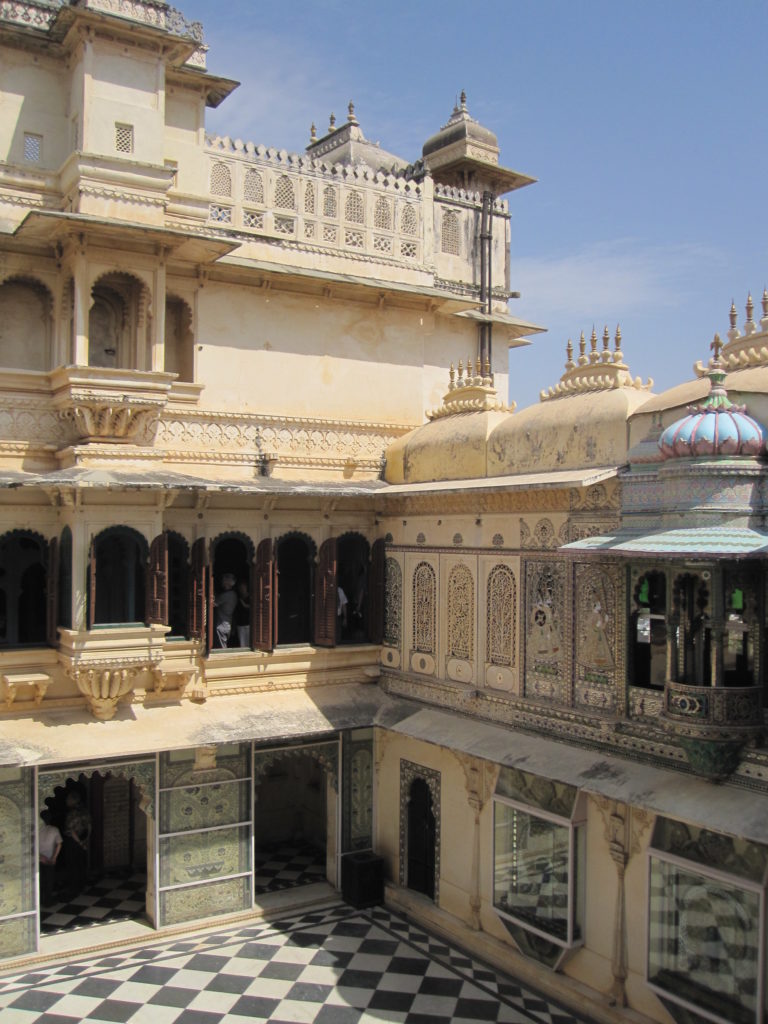 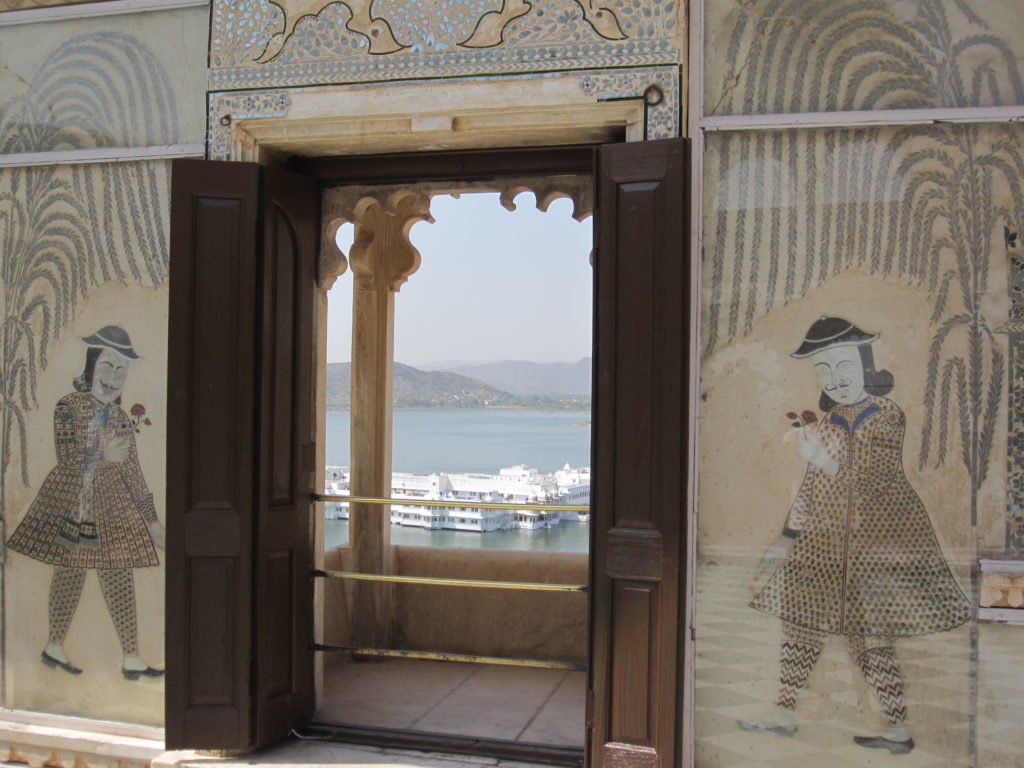 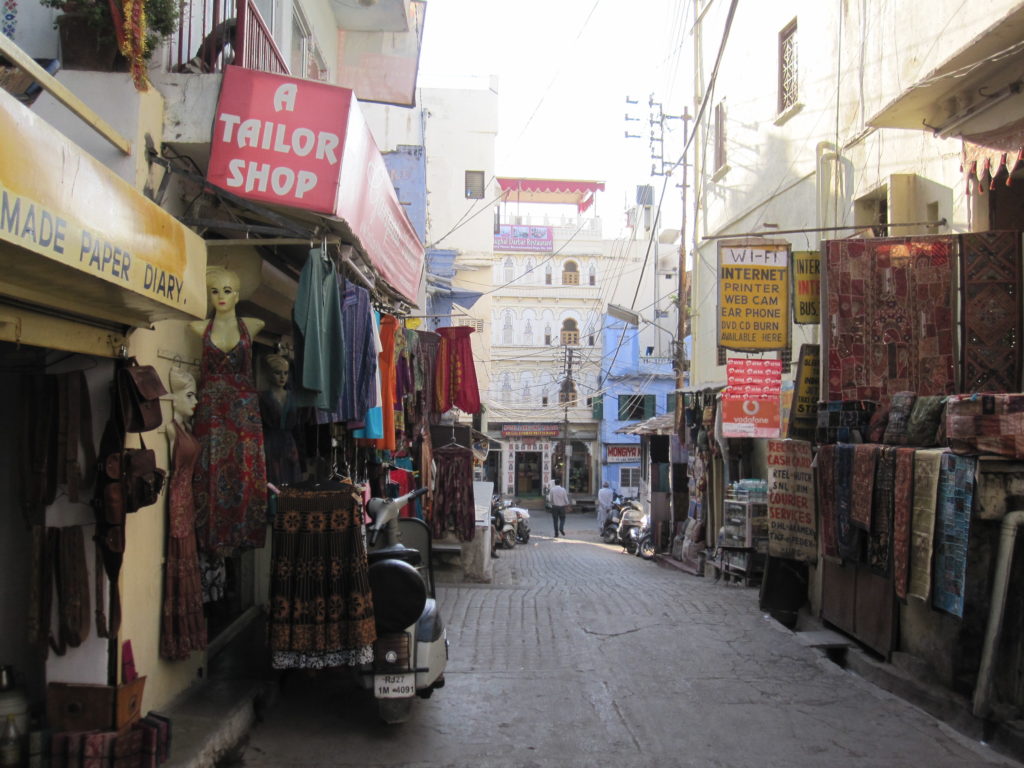 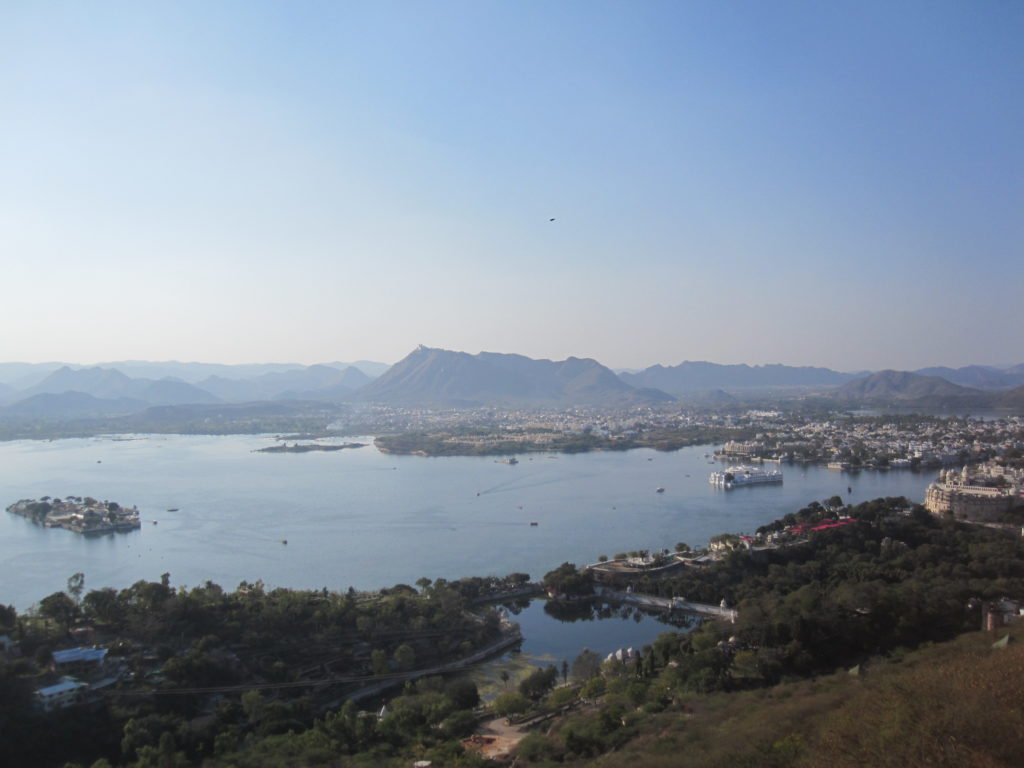 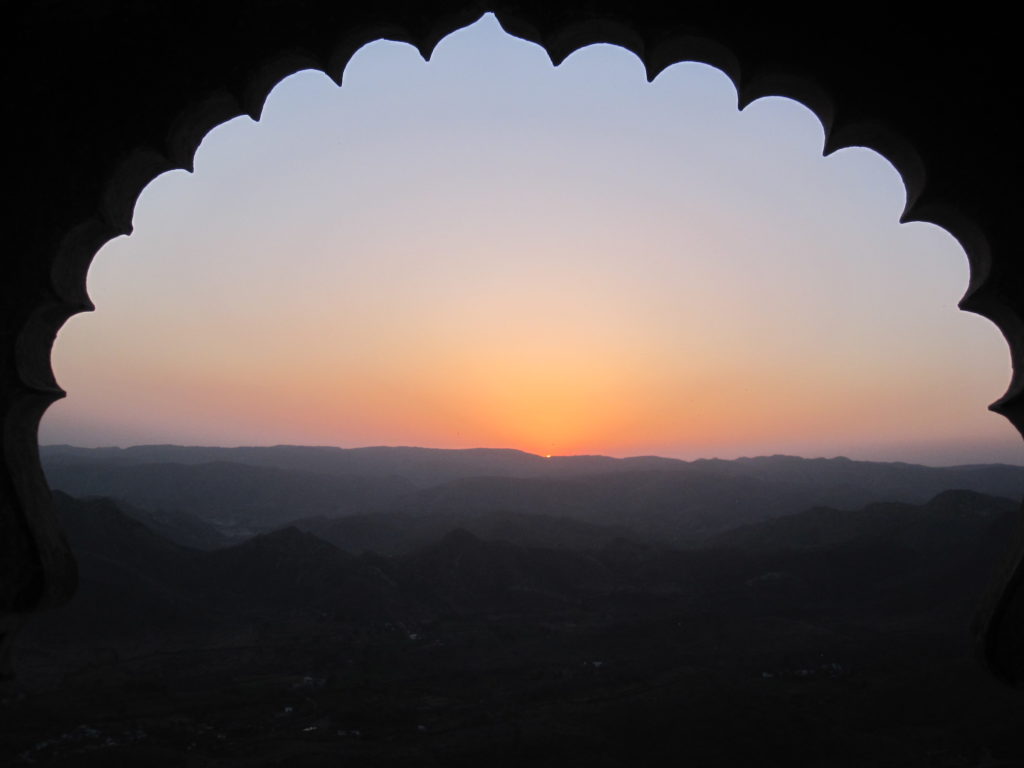 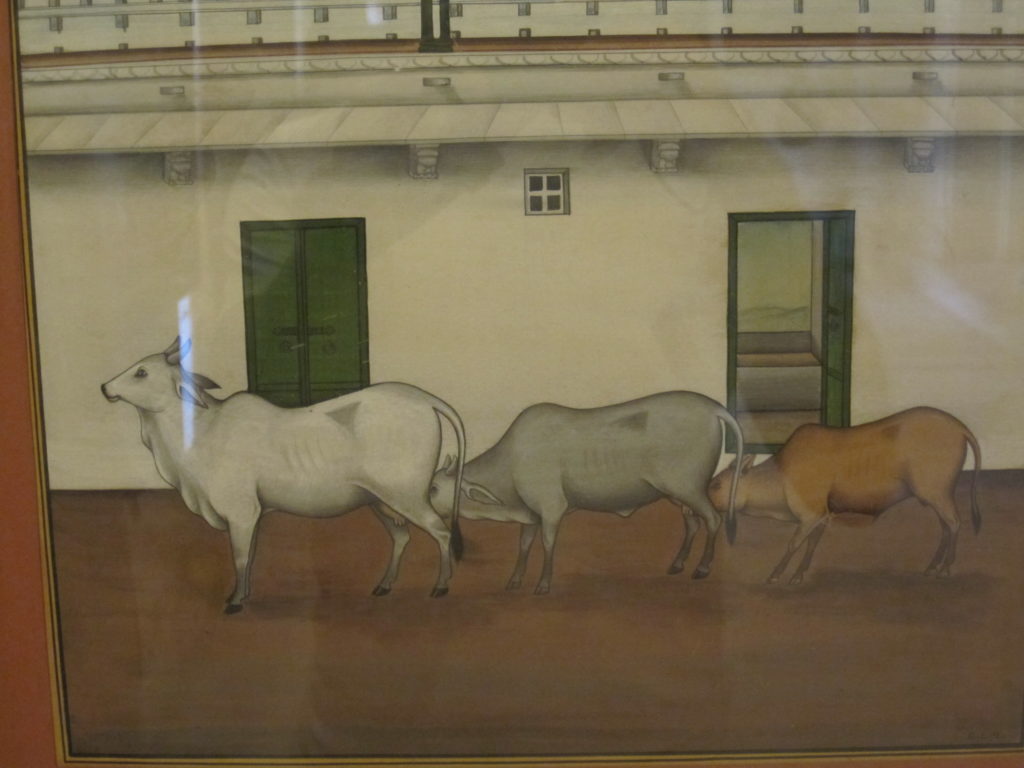 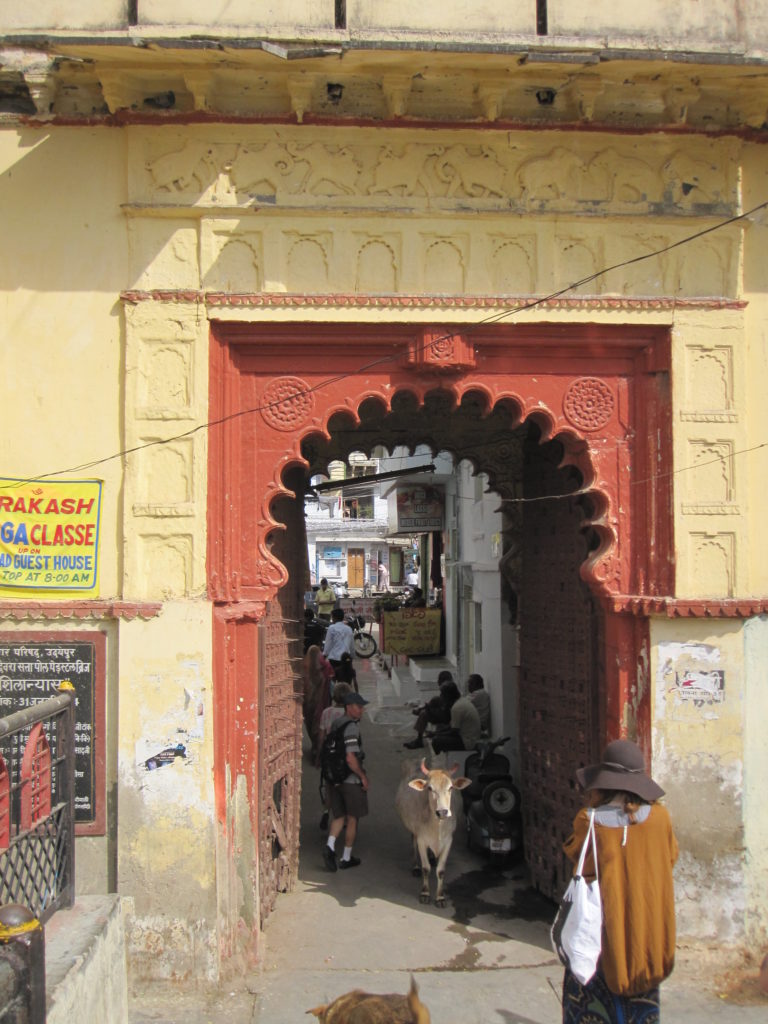 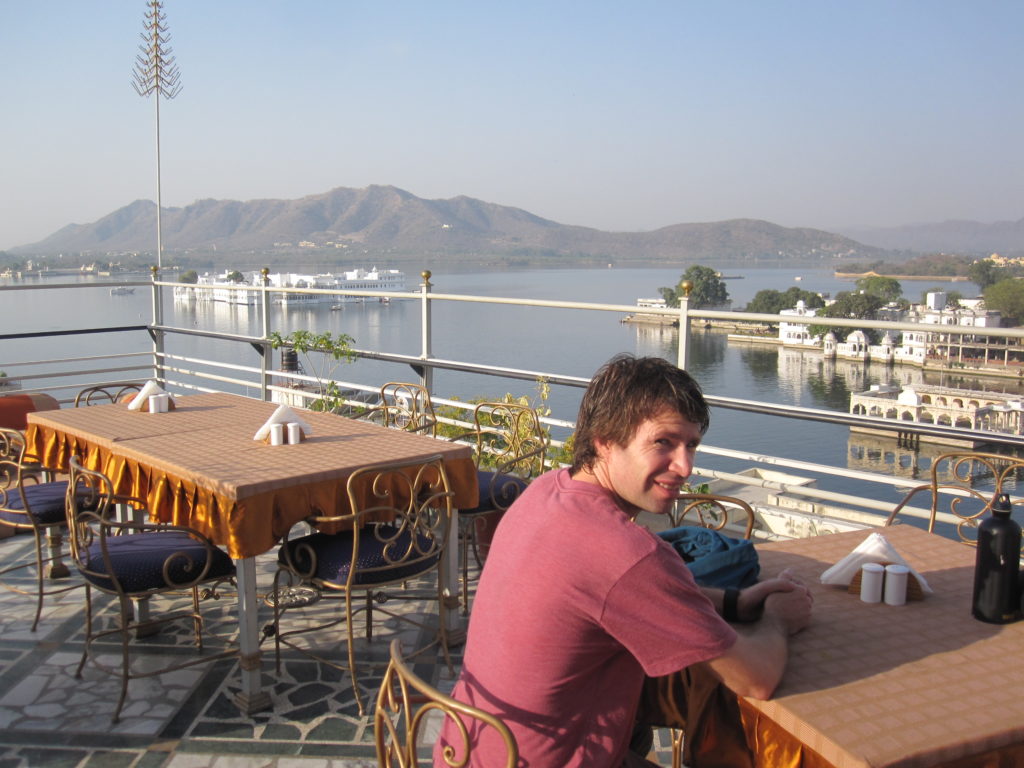