Four Hotels and an Ometepe Arachnid

They step nimbly from the boat to the Ometepe dock, quickly gazing around with the practiced eye of those routinely taken advantage of. Deep breaths as they exit the dock, quickly sucked into a vortex of expectant taxi drivers, their circling, predatory faces drawing closer with every carefully calculated rotation. “Altagracia!” “Santo Domingo!” “Merida!” The growling undercurrent heightens as the weary travelers acknowledge their desired destination. “$30!” “$35!” “$25!” “$20!” The eyes of the other drivers slowly turn to this last eager Transportation Specialist, the mixture of fury and disappointment evident in their eyes like a father finding out his only son just knocked up a fat chick. Undaunted, the brave loner steps forward, long curly locks whipping in the wind like a proud stallion’s dung-covered tail, flaunting his willingness to undercut his competition – and luxuriant moustache – for all to see. A surprised smile, a pleased nod, an arm directed toward the crumbling arrogance of an ancient Land Rover. The deal, as they say, was done.

Technically two separate islands joined by a narrow isthmus, each end has its very own majestic volcano jutting into the air from the otherwise flat surroundings like a curious gopher on the prairies, or a chilled male nipple. As you travel around the island the incredible views change continuously – sometimes one, sometimes the other, sometimes both, reminded me a little of stalking the Olsen twins. Our first stop was down in the southeast corner at a place called Merida, where we had heard good things about Hacienda Merida. As it turned out, while it certainly had a lot of good points (good food, big hammocks, a wealth of info, wifi) we found we couldn’t live with the downsides. We had a nice top floor room built and decorated with apparent care and featuring a big deck, and at least 80% of the room screened in to protect against Ometepe’s significant insect population. Don’t get me wrong, the 80% part was great, no bugs made it through that way, it was just the other 20% of open space along the roof, in the bathroom and, strangely, into the neighbouring room that became a problem. Who’d have thought massive hordes of gnats wouldn’t give up after trying the door and one or two windows? Thanks to our fluorescent light/Insect Beacon we soon learned that we were eminently capable of putting together an intimate gathering of more than 100,000 winged acquaintances, most of them non-biting, yet really irritating, little flies, on just a moment’s notice. The social implications were as potentially earth-shattering as finding out Liam Neeson needs to marry America Ferrera for a Green Card. Sadly, much like us, most seemed to have already outgrown the ability to live it up all night long, since we woke up half-buried beneath a macabre carpet of dead friends. Like the morning after a giant gnat ecstasy party, or possibly a menacing warning from the makers of “Off!”

In addition, we hadn’t seen walls this thin since we were paying $2/night on the Annapurna circuit – could be an environmentally conscious decision to limit the consumption of natural resources, if one was inclined to pass out benefit of the doubt, not my strong suit (that, of course, would be Spades). Nonetheless, we soon learned that paper-thin walls don’t mix well with large groups of jolly Danes feeling the need to share their most intimate hopes, dreams and hiccups until deep into the night. So, first thing in the morning we packed up our bags and our new collection of cherished memories, and headed up the road on the lookout for greener pastures.

As luck would have it, Hotel Omaja not only had an available room (we had our choice of the them all, in fact) but it also had a deck with a view, a hammock and, best of all, walls that extended all the way to the roof. We whiled away a couple days sitting on the deck watching the circling vultures by day and giant frogs headed who knows where by night. We were pleasantly surprised by the presence of a TV which allowed me to watch Sergio Busquets shame himself, his Barcelona teammates and the entire sport of soccer with his ridiculous fake injuries and nauseating cowardice. Alas, this scenario was not to last either as we eventually learned that the entire place was booked up for the weekend by rich Managuans coming for a fishing tournament. On the road again.

This time we actually crossed the island to Playa Santa Domingo, the most popular tourist area on Ometepe, traversing some of the worst roads we’d seen since the Great Super Highway Experiments of Cambodia. Long, pretty beach, although kind of windy and grubby when compared with the beautiful white sand beaches of Mexico or Costa Rica. Another good hangout spot, though, and all was progressing nicely until about 12:30am when Laynni suddenly came fully awake with a startled yelp, violently slapping at her arms and back then, by the time I got the light turned on, she had settled into a frightening fit of rocking and whimpering. With difficulty she stopped panting just long enough to explain that “something big” had just bit her, and that if I knew what was good for me I was going to not only find out what it was, but track it down and eradicate it like a vagrant nose hair reaching out to tickle your lip. Nothing on the pillow, under the bed, behind the curtain, oh, what do we have here, wrapped up all cozy in our bed sheet, looking startled and defensive like Kelly Clarkson selling cigarettes to brown kids, why it’s a very large, very nasty-looking scorpion. After several loud exclamations not suited for young ears I perused the question of what to do next, should I try killing it on the bed, soiling the sheets and destroying a fellow creature of the Earth, or find a humane way to dump it outside?

Um, got it. I won’t go into detail regarding the hysterical and emasculating beating that followed, only that my flip flop played a starring role and eventually our uninvited guest stopped moving. We spent the rest of the night sleeping, fitfully, as you might imagine, under a sheet with more disturbing stains than you’d find on a Sunday morning on Gary Busey’s leather recliner. It also recently occurred to me that there was yet another victim in all this, my beloved Etnies, since for sandals created with a dream of providing passive, peaceful forms of protection and comfort, those flip flops have tasted a shocking amount of violence and death over the past few months. A moment of silence to weep for innocence lost….

Moving again, as per the plan, though, nothing to do with girly bug fears, or insect-related night terrors. Honest.

Charco Verde (Green Lagoon), and Finca Venecia – down to the southwest corner now, and yet another laid back place to hangout, although it filled to the brim for a couple days thanks to yet another of the seemingly endless stream of random Latin American holidays, and we met up with Grant and Debbie for the third time in Nicaragua which, in the scheme of our transitory lifestyles, represents a level of commitment that in the real world might be akin to first cousins, or maybe two guys catching genital warts from the same girl.

With the exception of a short jaunt to Ojo de Agua (Eye of Water), a popular swimming hole (especially when the thermostat’s pushing 40°) near Playa Santo Domingo, we have gone to great lengths to do very little in the way of popular activities on Ometepe, citing heat (hiking), heat and bad roads (biking), heat and arguments (kayaking), and heat, mud and “are you frickin’ crazy?” (8 hour summit of a volcano), I did venture out for a little one hour stroll around the Chaco Verde peninsula (Laynni bowed out with yet another valid excuse – heat and “weak limbs”). Scenic jungle path, hordes of squawking birds and chirping insects, every step punctuated by quick, panicky lizards fleeing wildly into the brush and, despite weighing just a handful of ounces, somehow managing to create more noise than a room full of Justin Bieber fans discovering him trying on new Jockeys and Child’s M wife-beaters at JC Penny’s. Noticed the path was covered with some type of little black bug and then realized, upon closer inspection, that the thousands upon thousands of tiny creatures roughly the size of something out of Roman Polanski’s collection of baby teeth were not, in fact, ants, beetles or some strange species of landlocked fly, but actually miniature frogs. That was a new one. Somewhat, ironic, too, considering the long conversation we had on Saturday during which we alternately ridiculed and commiserated with Debbie (ok, if we’re being honest, there was really very little commiseration) with regard to her debilitating, and unfortunately ludicrous, ranidaphobia (Fear of Frogs). The question is: are millions of these tiny amphibians truly her worst nightmare, or actually the ultimate face-your-fears training ground, like the way Marines learn cold-blooded killing by knife-dueling with chimpanzees? Also saw a green snake. Jackpot.

I also hope to keep updating fast and furious for the next bit, wrapping up Nicaragua with some final thoughts on Granada (for the second time), Masaya and Laguna de Apoyo, before spending four days in New York city with Andie and her boyfriend, Marv. 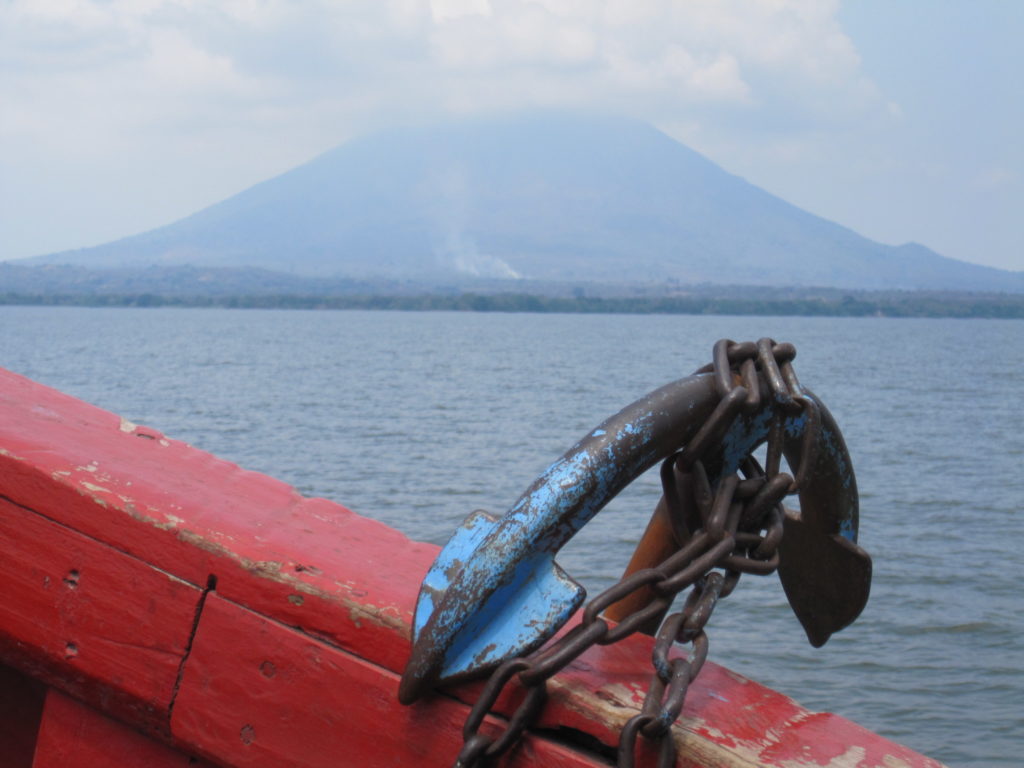 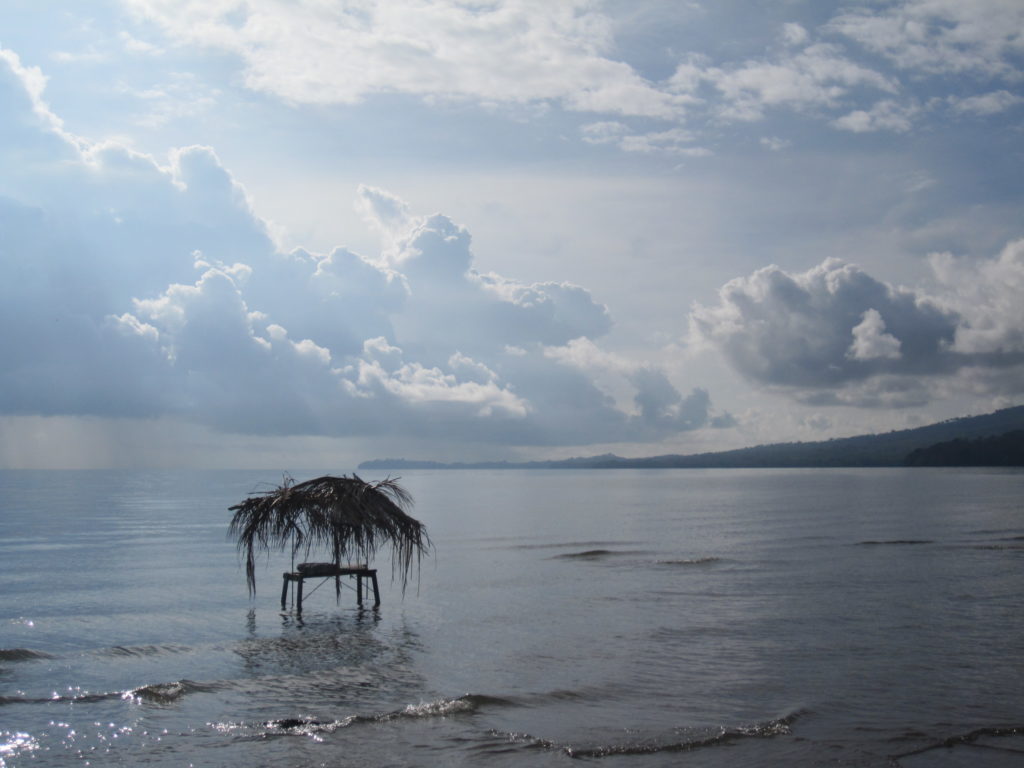 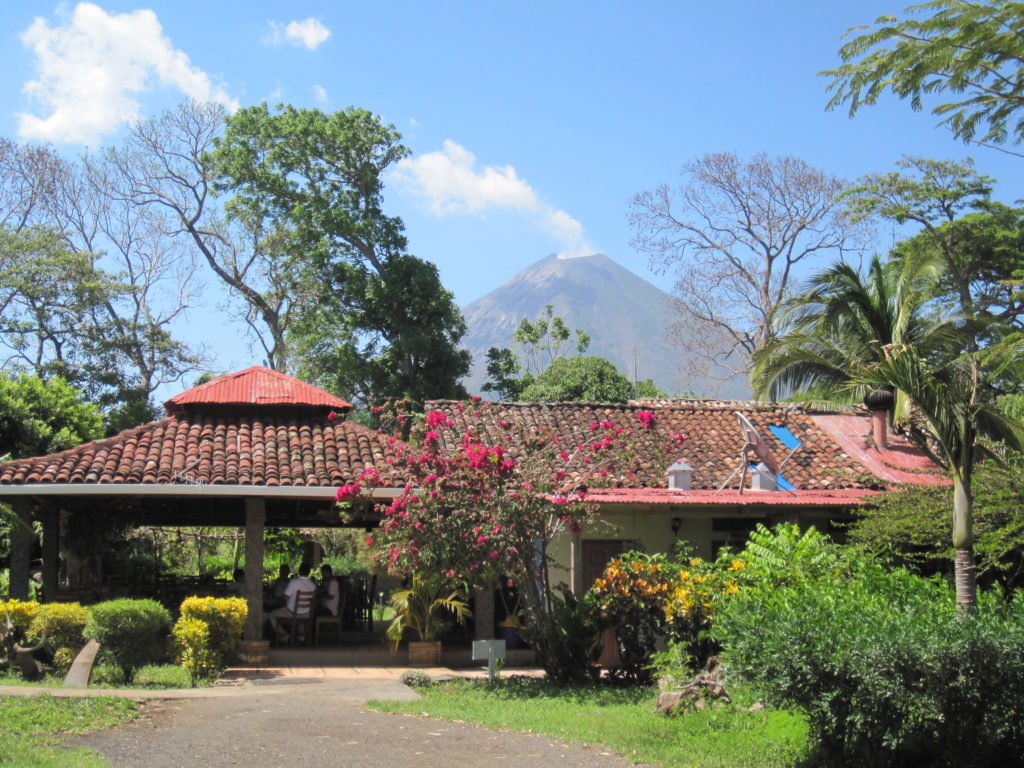 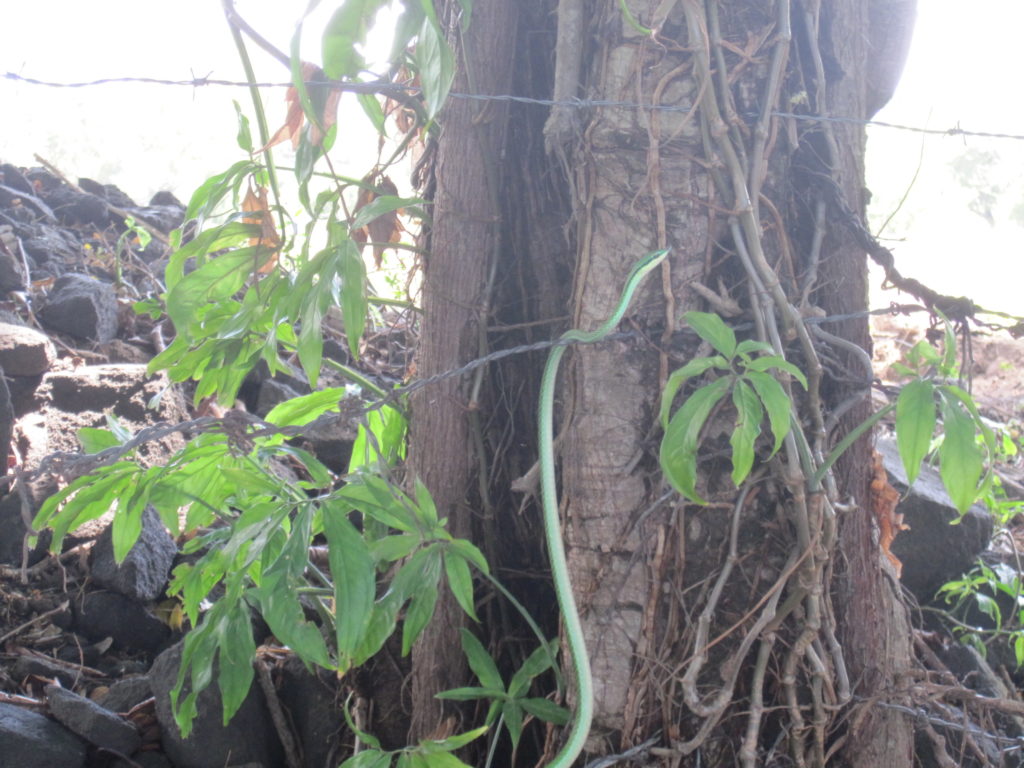 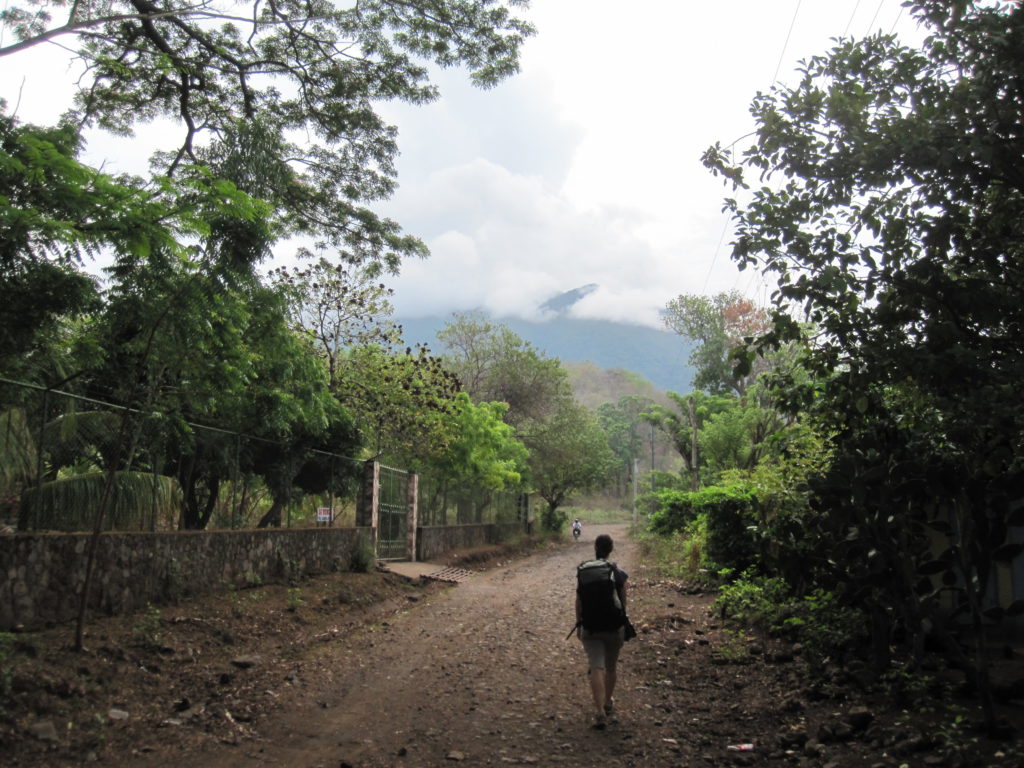 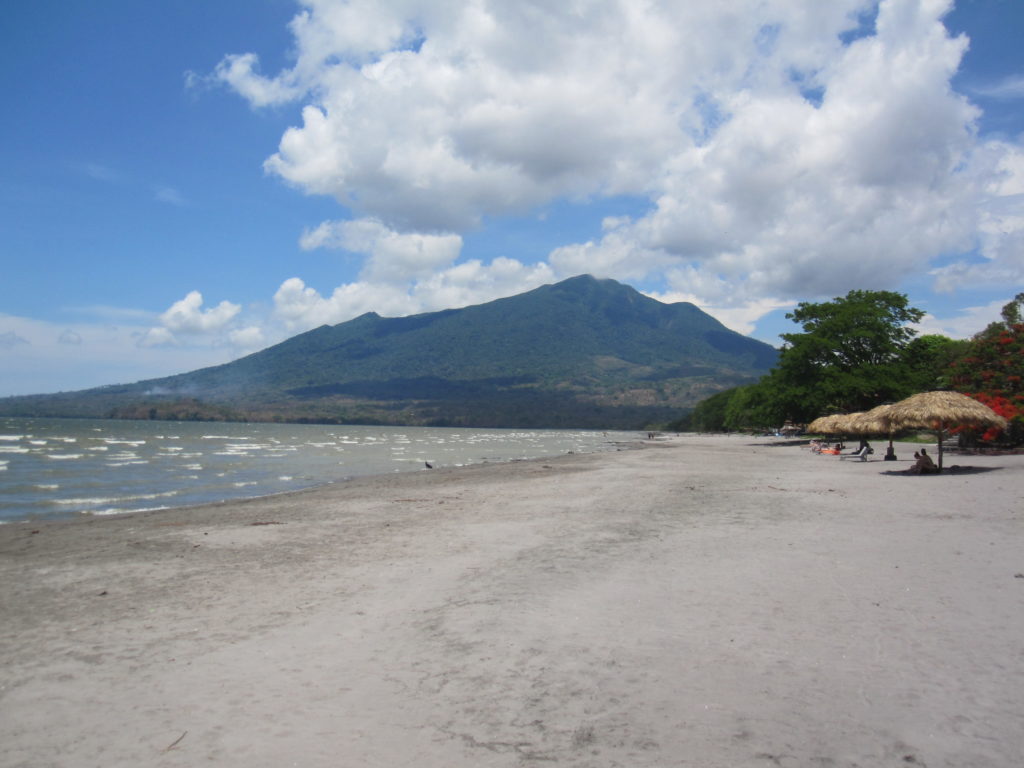 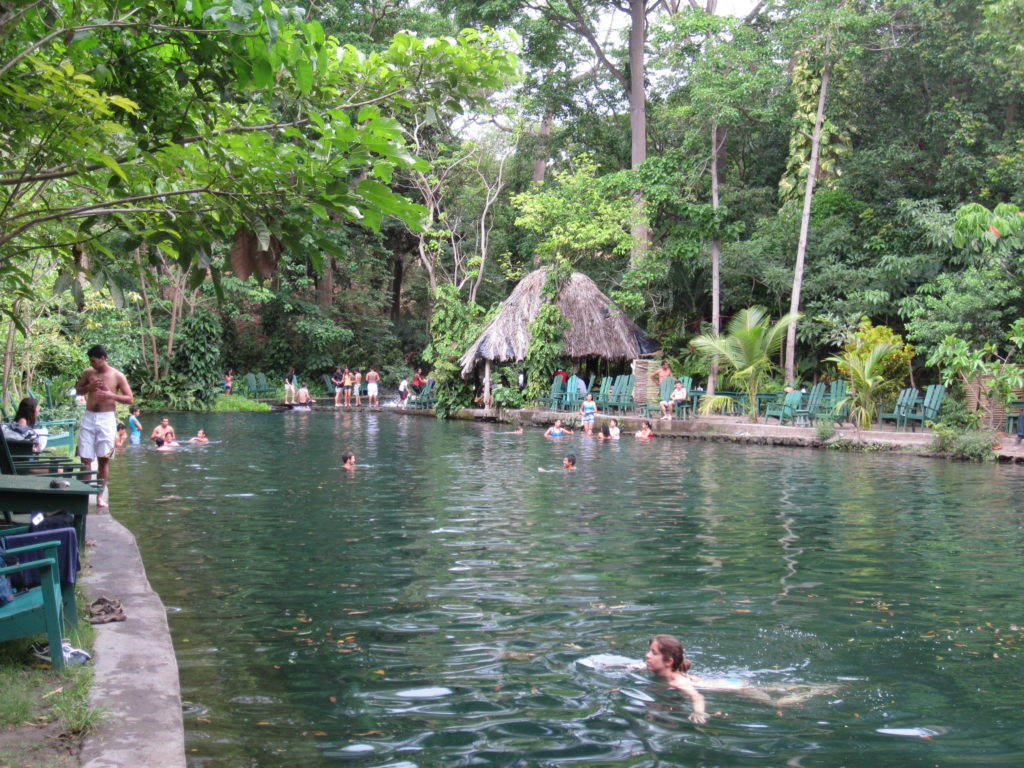 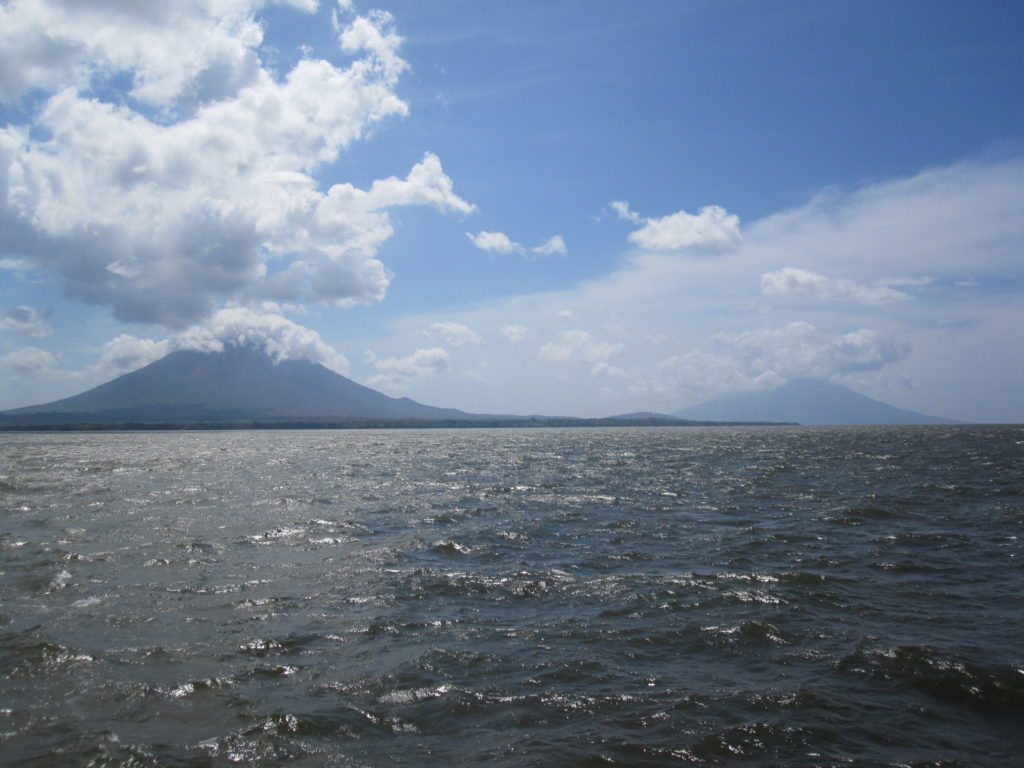 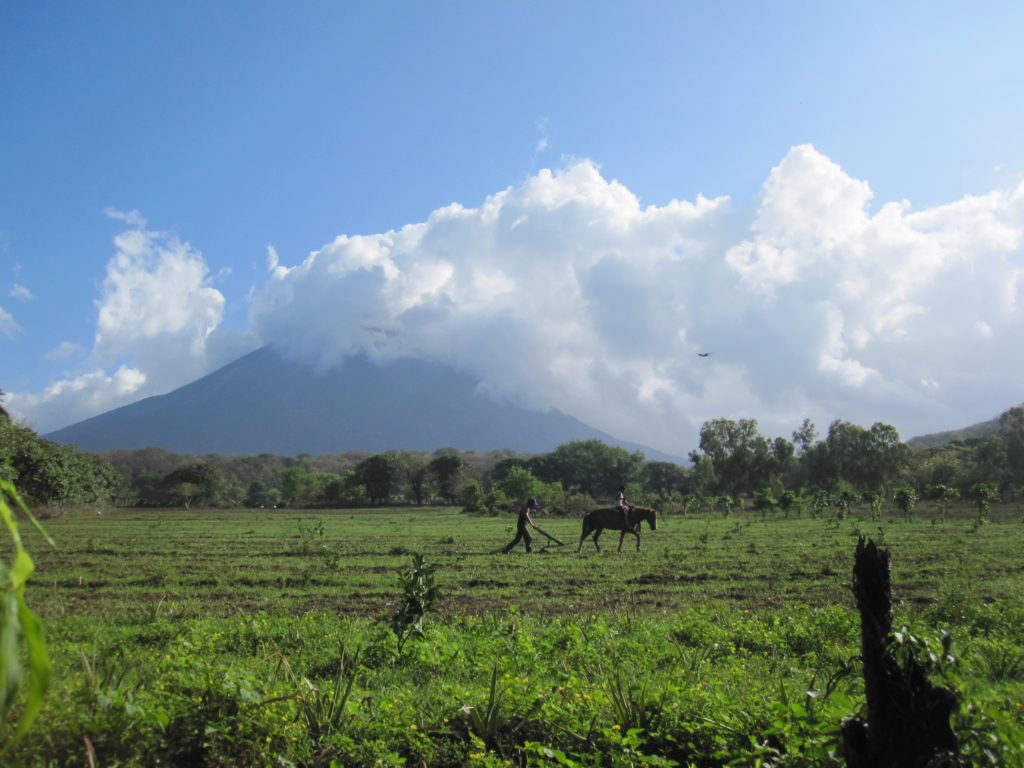