Playing Out the String in Granada

Well, that about does it for our time in Nicaragua. After kicking it off in early April with some canyon scrambling up in Somoto we’ve enjoyed five great weeks of beaches (Corn Islands, Las Penitas, Ometepe), slightly crumbling colonial cities (Granada, Leon), a lake (Laguna de Apoyo), sweating (all of the above) and crazy sweating (Laynni, in all of the above). Laynni has actually been losing sleep lately due to wild cravings and obsessive dreams in which she finds herself, well, actually not sweating for a change, mostly, but then some of the dreams have gotten even crazier and she starts talking fanatically about how great it’s going to be to wear a jacket. Most times, though, it’s still just the usual “bearded dwarves wearing shirt-gowns trying to give a cat a bath” dreams. But those apply in any climate, obviously.

Unfortunately, though, when Laynni loses sleep we all pay, or we all would if we were all with her twenty-four hours a day. So I suppose I pay, would be more accurate. As usual, though, I bear my burden with patience and grace, never sarcasm and patronizing antagonism, whatever she says, and I do my serene best never to rise to the bait even when she goes after my charming habit of mumbling and talking in cryptic half-sentences, claiming that rather than any hearing or attention deficiencies on her part I should, in fact, stop talking “like I’m cajoling a mouse”. Yet, despite a regular diet of hurtful insults such as these I have maintained my witty charisma and delightfully erratic temper. And my balls have been sweating a lot. All together I’d probably describe it as “enchantingly clammy”, much like Valentine’s Day with Alec Baldwin.

Nevertheless, back to Nicaragua. Ah, Nicaragua. A nation of contrasts (aren’t they all?) – volcanoes and beaches, scuba diving and baseball, dollars and cordobas. The list goes on (and definitely includes chicken, lots of chicken). It is a country with many layers, like an onion, or a devout priest who rides a motorcycle and has a passion for abortion.

They have an impressive supply of electricity here in Nicaragua – I can vouch for the fact that it runs for a good part of every day. At times the outages only happen daily, although sometimes they occur hourly depending on how remote a location you are in, and how many tourists are blasting the air conditioning in their boutique hotel in Granada. Of course, the slightest hint of rain is also sure indicator, although I’m not talking storms here, just regular, run of the mill rain, which has led to speculation that Nicaraguan generator technology does not yet include adding a roof. We’ve surmised the whole system may simply involve a guy at a desk in an open field, maybe with a cow (for both company and transport) pushing a button every 108 minutes, and if he doesn’t (because maybe it’s raining, or looks a bit like it might rain) it’s Lights Out Nicaragua. Or maybe that’s too harsh and the problem is simply that 108 minutes isn’t quite long enough for a proper bathroom break in a country of six million that seems to share roughly two heads of lettuce and half a loaf of whole wheat bread.

As I was writing this in Granada this the current temperature in Saskatoon was 1° (felt like -7). In Granada it was 36° (felt like 42). Just sayin’.

On our way back to Granada from Ometepe we ran into an American girl we had met on Little Corn and spent our last couple days with her and her friend checking off the last few items on our sightseeing list around Granada. Started with a day trip to Laguna de Apoyo, yet another beautiful crater lake with, allegedly, the cleanest water in Nicaragua. An honour comparable to being named Most Intelligent Kardashian, but still. We spent the day swimming, lounging, enjoying the views, and watching the group of three awkward Dutch boys invent new and bumbling ways of chickening out of talking to our two single, bikini-clad friends.

The next day, known as T minus 1 on Laynni’s Countdown to Home, or Thursday, we finally bit the bullet and took the bus to Masaya for some shopping where we went through our usual routine – wander aimlessly, eventually decide what we want, draw a complete blank as to where we might have seen said item, search futilely for a while, develop a slow burning anger and ultimately become suspicious of the entire Time Space Continuum of the craft market – “Ok, I don’t know what the hell is going on, but it was right here a few minutes ago, I know it was”, before giving up then finally stumbling across the right shop, nowhere near our original search, at which point we half-heartedly attempt to bargain before sheepishly accepting the original offer, pretending we did all right, in the big picture. Repeat.

One last pizza at Don Luca’s (“Best Pizza in Nicaragua – Dean J”) and a cone from Eskimo’s (“Best Ice Cream on Calle Calzada….on the North side of the street…on the corner of Calle Martirio – Dean J”), then one last good night of sleep and we were off to Managua. A movie, some mall food, a questionable hotel room with an unsuitable number of giant ants and an apparently previously-used towel that’s unexpected dampness was more startling than Amy Winehouse’s version of White Christmas from her children’s album.

Well, that’s about that for Nicaragua, a wet ‘n wild five week adventure filled with volcanoes, lakes, authentically cultural shit bus rides, and more variations of fried chicken than KFC’s “What Happens in Caneyville, Stays in Caneyville” Management Sex Retreat. A slice, it was.

Next up, a few days in NY to help ease the transition from the history, perspiration and cheap beer of Central America to the giant televisions, lively weather discussions and white legs of Saskatchewan. 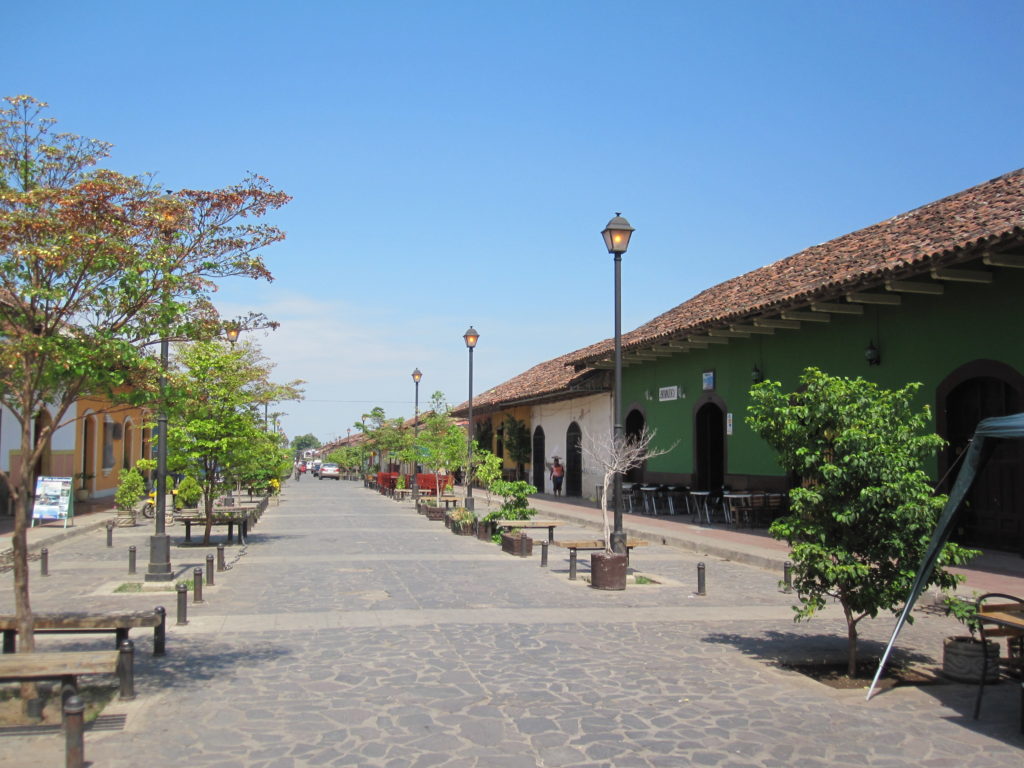 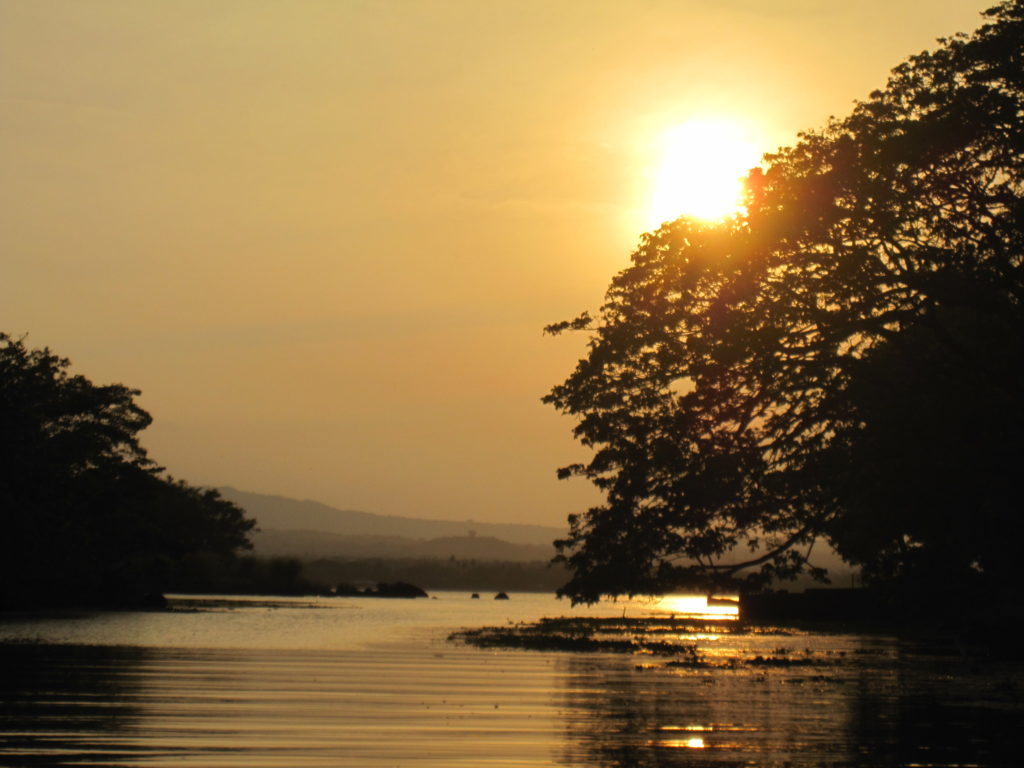 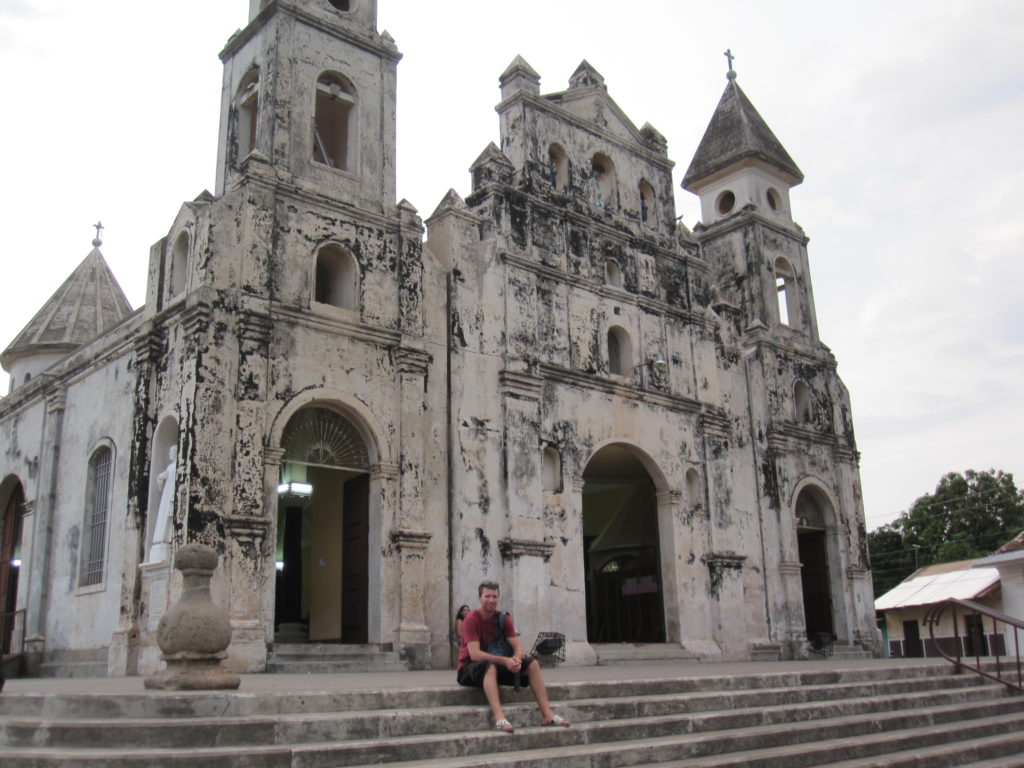 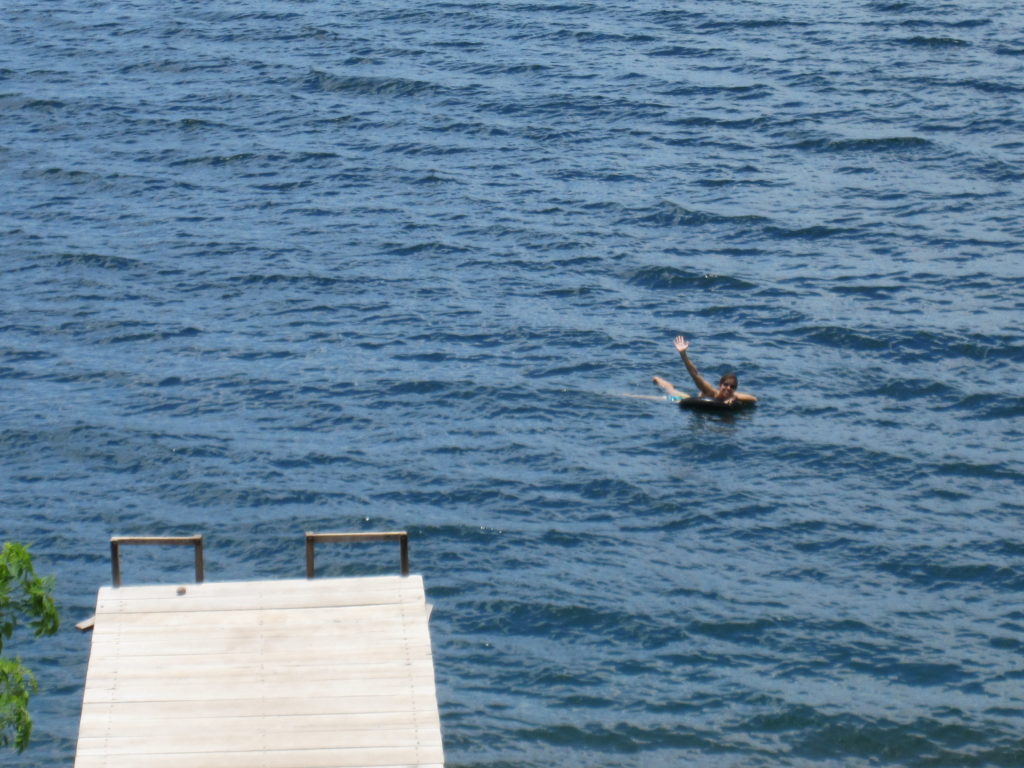 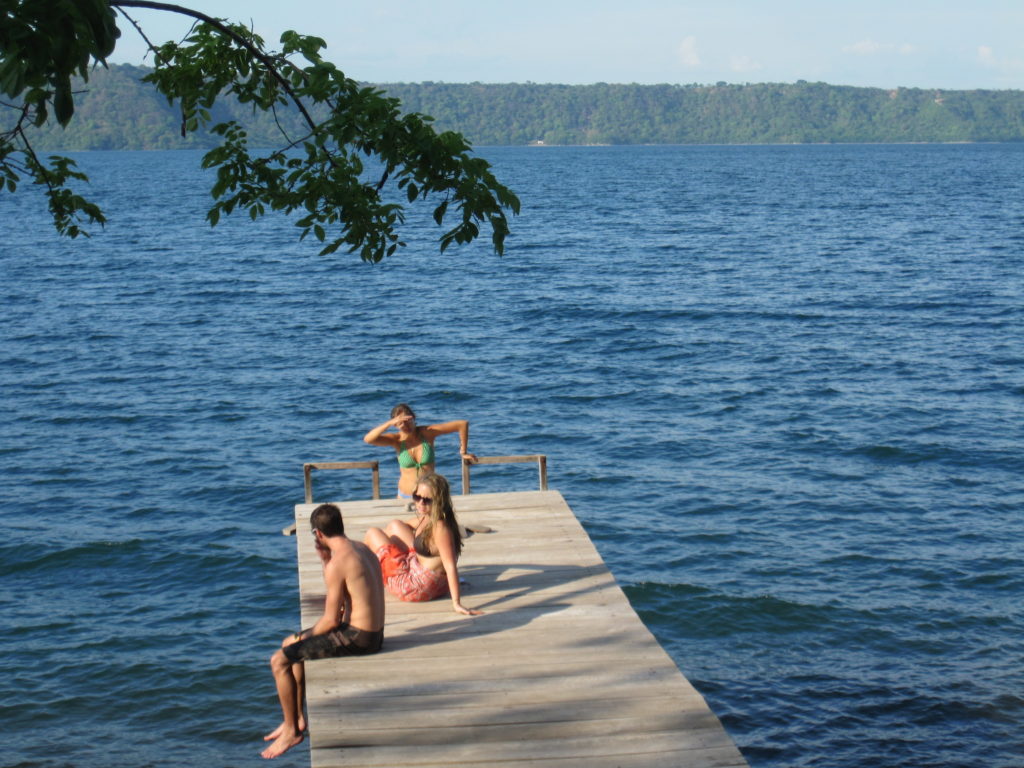 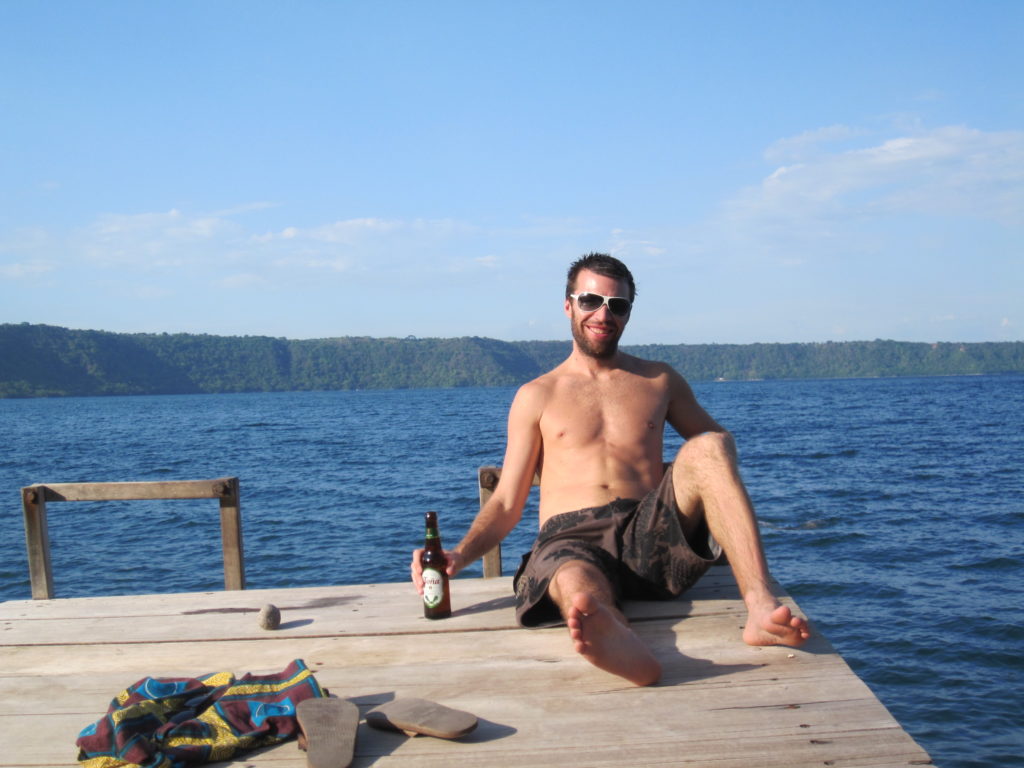 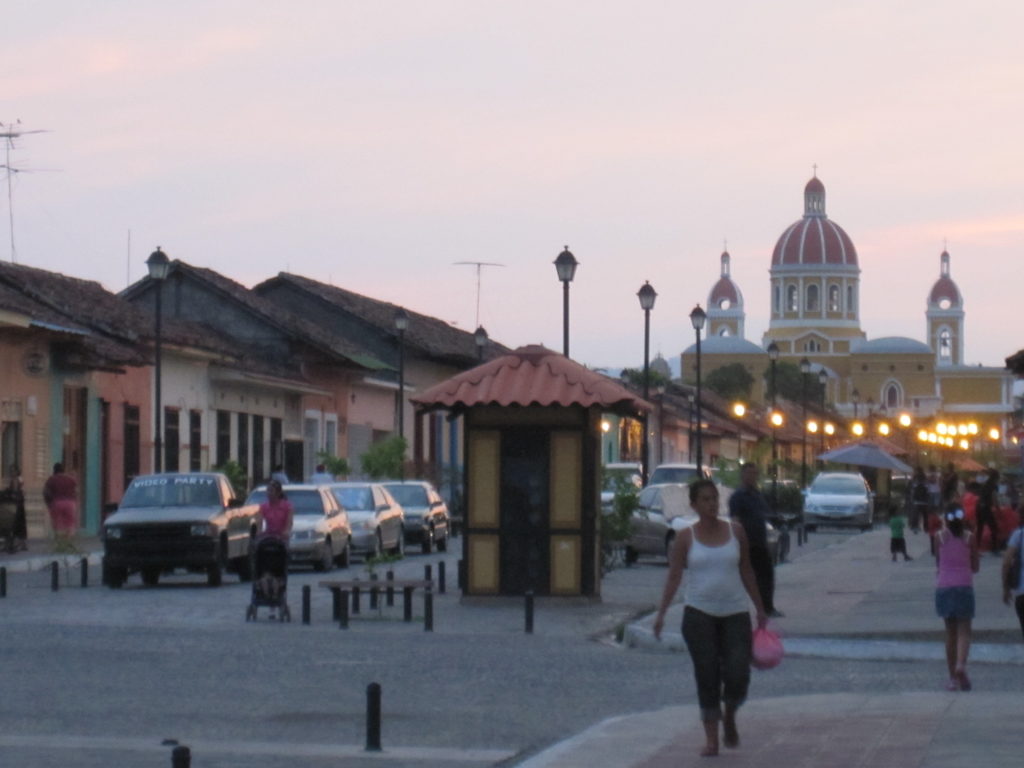 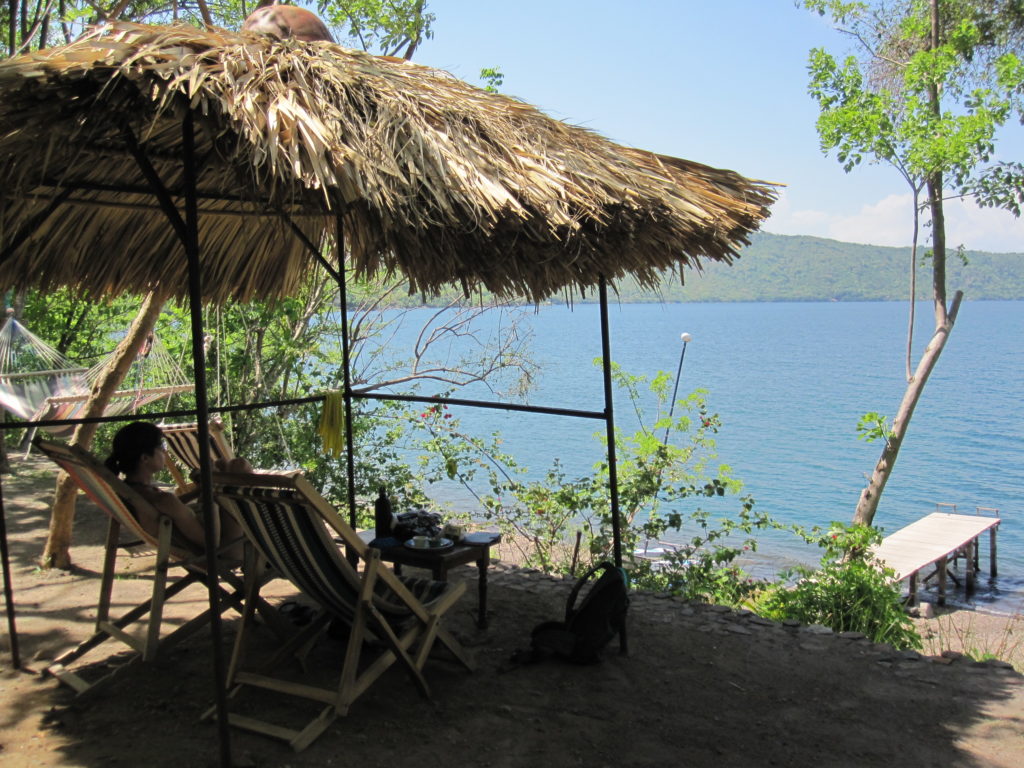 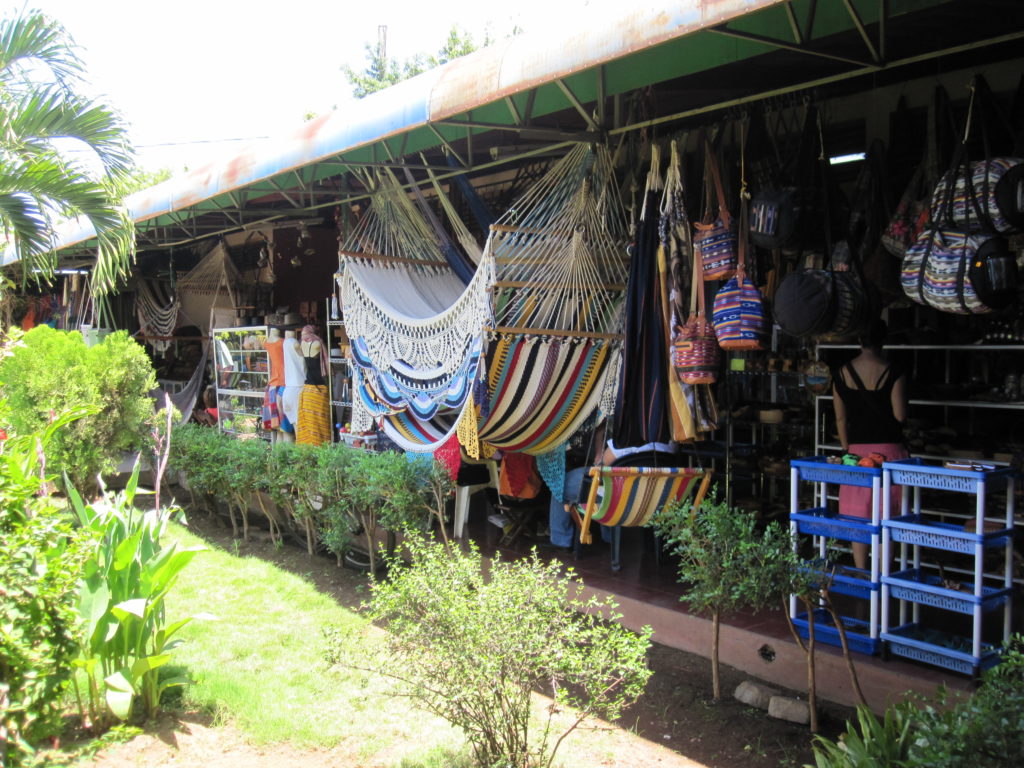 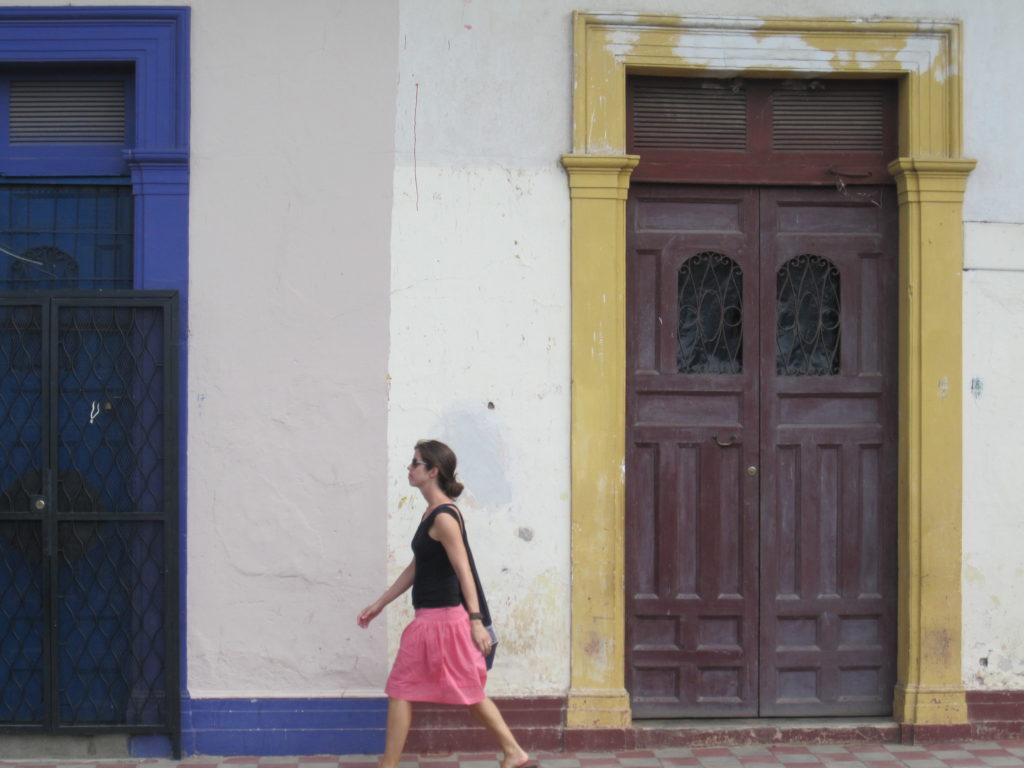