Quito and Cotopaxi, Together Again

Our last stop in Ecuador was the historic and famous highland city of Quito. Besides being surely one of the nicest cities in the world starting with the letter Q it is also interesting in that it sits at around 2,700 metres above sea level, making the temperatures cooler and the air thinner, and it sprawls for a huge distance from one end of a picturesque valley to the other – long, narrow and messy like a bag of trash that flies out of the back of a truck on the highway and bursts open in a small ditch. Not exactly how their tourist brochures describe it, yet apt all the same. We didn’t have much in the way of plans and had yet to work out the best Quito itinerary – check out the old town, get caught up on some fast food eats, maybe take a day trip out to Cotopaxi volcano or something. But even those modest goals started looking difficult to achieve after we got a look at the apartment we had booked. It was a little out of the way up a hill and a solid taxi ride from any of the main tourist areas, but that was also how it came to have such amazing panoramic views of the city.

On clear days you could see up to three different volcanoes in the distance, all at the same time, with the sprawling metropolis laid out in the foreground in all its jumbled chaotic glory. Throw in a kitchen – which we wasted no time in stocking with bread, peanut butter, cereal, popcorn and, of course, some thick and tasty 8% milk – plus a TV, couch and easy chair and it just started to look like the best $60/night we’d spent since the time we paid that village boy to train our dragon. And that doesn’t even take into account the unique opportunity to sleep in the same bed as Angelina Jolie. Not at the same time, unfortunately – it was only a double, there was no way we’d all fit – but on the same medium-firm mattress where she previously rested her weary bones, and tired shapely legs, and prominent Tomb Raider-era breasts way back during one of her UN visits. It’s possible she even stashed her dagger under the very pillow I used (since it would be ludicrous to assume she left it in its thigh holster while sleeping). Of course, that does assume the bed hasn’t been changed in the last decade, which I’m going to assume, just for fun. The sheets, on the other hand, I really hope have. Either way, it was kind of a cool added feature in a semi-pathetic star-humping sort of way, especially the signed photo of her on the wall above the mini-fridge. It had obviously been there a long time as the ink had mostly faded away, making it hard to read, but upon close examination I’m reasonably certain it said either “With love, see you next time, Angelina” or “Thanks for the great enema, I really needed that, Angelina”. Although in the right light it also appeared to say something about “rubbers” and a “rodeo clown”, which really makes the most sense. Anyway, none of that really had any effect on our stay, other than the fact I felt an irresistible urge to sleep in the nude.

Moving on, we once again opted in on a double-decker city bus tour, an activity which we used to ridicule with regularity as the territory of the old and unadventurous but which has now somehow become a staple of our travel itineraries. I can’t help but wonder what might be next – socks with sandals (wait, I already do that, but only when it’s cold, of course), wearing an umbrella hat to protect against the sun (that is really just prudent, plus it leaves both hands free for other important activities such as knitting, or scratching hemorrhoids), or maybe napping after lunch (they are called siestas, people, and are the reason half the planet’s shoe stores are locked up tighter than a turtle’s arse at 2:30 pm on a Tuesday). Regardless of how one feels about these tours, the end result is that we enjoyed a three-hour overview of the city, visited an impressive viewpoint and even had a short nap while waiting for more passengers, all for the eminently affordable fee of $12 and a small portion of my self-respect. Almost exactly what I paid for that muscle shirt with the beer logo on it.

The old city was, as one might expect based on such a succinct and descriptive title, full of impressive old buildings, as well as very narrow streets and excessively extravagant cathedrals. The Basilica del Voto Nacional, in particular, was enormous and outrageous, full of soaring arches, scenic viewpoints and terrified Ecuadoran women gingerly navigating steep metal staircases. There was also a trendy café on the third floor, just the way the early Spanish missionaries had envisioned it.

The highlight of our short time in Quito was the bike trip we took to Cotopaxi National Park, a mere glimpse away on an unusually clear day in the city, but about an hour and half stuffed into the back of an old Land Rover if you wanted to be there in person. While the vehicle did all the work heading up, our two-wheeled journey back down started about halfway up the side of perfectly conical, snow-capped Volcán Cotopaxi. In the midst of a barren moonscape approximately 4,500 metres above sea level we braved the cold, thin air to gear up – helmets, gloves, warm jackets, a number of deep breaths – having great difficulty concentrating with the sinister presence of Cotopaxi looming over us in the extremely rare crystal-clear sky like a giant menacing bowl of ice cream. From there it was all downhill, obviously, as we snaked down the rough gravel, occasionally cutting across wild areas of single track, all the while struggling to remain focused on the perils ahead while fighting the constant urge to glance back at the perfectly framed volcano behind us. Eventually we reached the more level foothills where we were usually able to manoeuvre with one eye on the trail in front while still taking in the views around us, all while being mercilessly punished by the uneven terrain and tiny rigid seat (the combination of which left us with vivid memories for days to follow).

For the next few hours we proceeded to cruise around through the mesmerizing landscape, over rolling grasslands, past herds of wild horses grazing, splashing through clear mountain streams, stopping now and again to explore some ancient Incan ruins, scarf down your standard excursion lunch of quiche and brownie, or to adjust clothing layers a mere seventeen or eighteen times. Then we finished the day off with an exhilarating 13 kilometre downhill rush on the highway. A great day all in all, partially thanks to Jan at the Biking Dutchman, and partially down to our usual incredible luck with weather. Well, luck and the rare – but much-coveted – ability to check a forecast on the internet. Even so, word has it that completely clear weather on Cotopaxi, much like flossing, only occurs a handful of times each year. So, naturally, a post-adventure celebration was in order and we joined a group of our fellow bikers (3 Aussies and an erratically wandering German) for a quick eleven pints, plenty of laughter, followed by a painful and slurred attempt to drunkenly describe the location of our hotel to a barely-interested taxi driver. Fast forward to the next day, when I woke up feeling surprisingly decent, ate a hearty breakfast, slowly deteriorated both physically and emotionally, vomited violently, then went to the mall for McDonald’s. You know, the usual.

Now we have ensconced ourselves in the sweltering Caribbean city of Cartagena, Colombia. Officially known as Cartagena de Indias, unofficially as “The City Where 7 TONS of Cocaine Worth $250 MILLION was Seized in Port Last Thursday”. I’d love to go into more detail but my lawyer strongly suggested I not discuss the case publicly until after they’ve finished comparing my DNA to all the semen found at the scene. 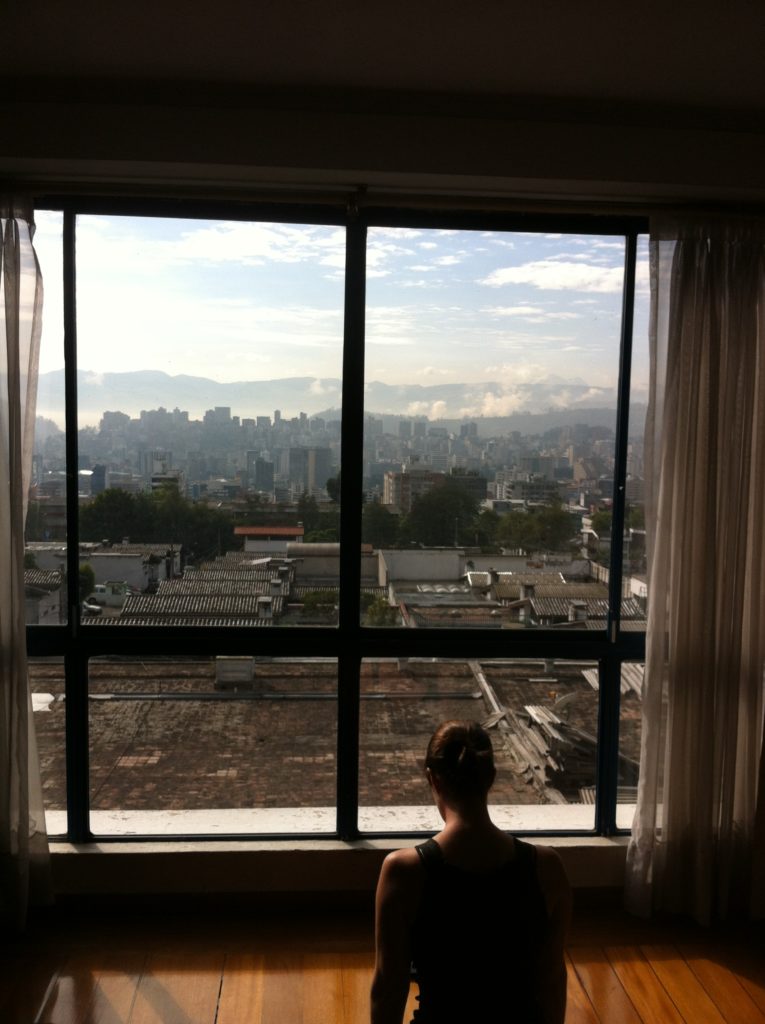 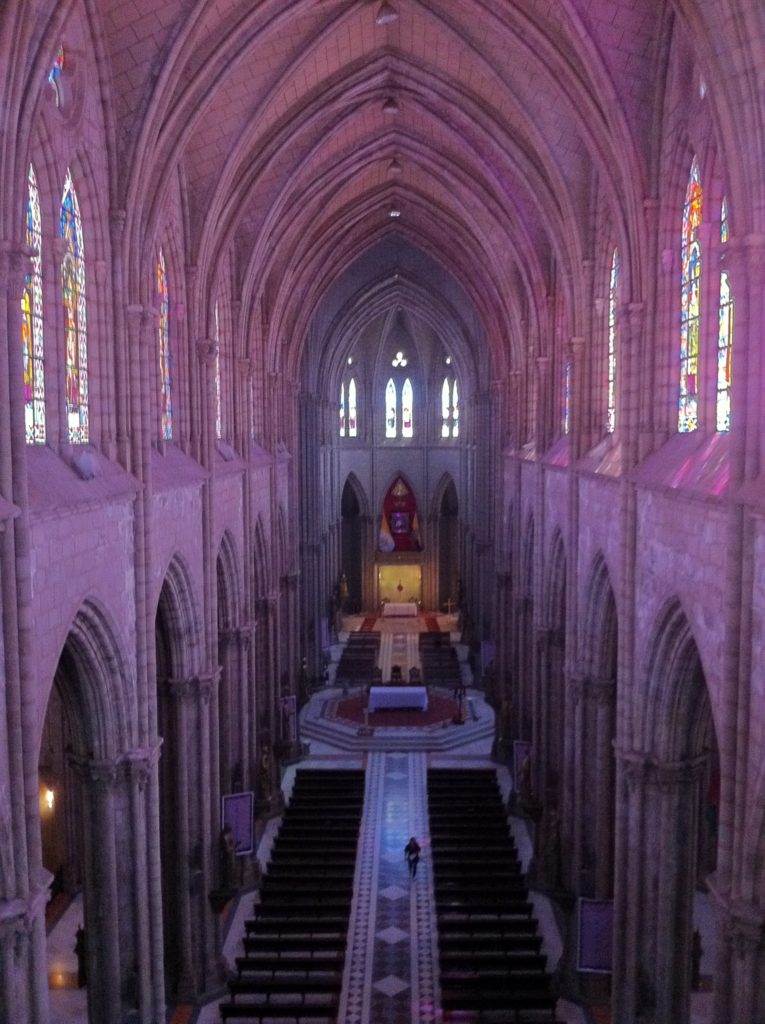 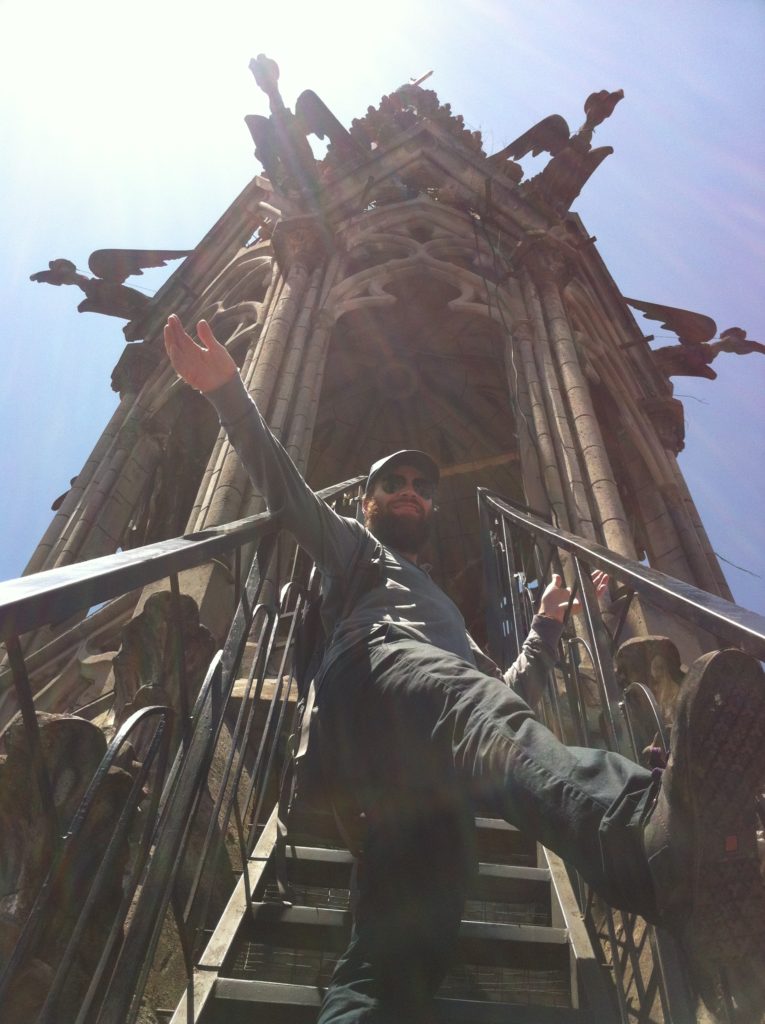 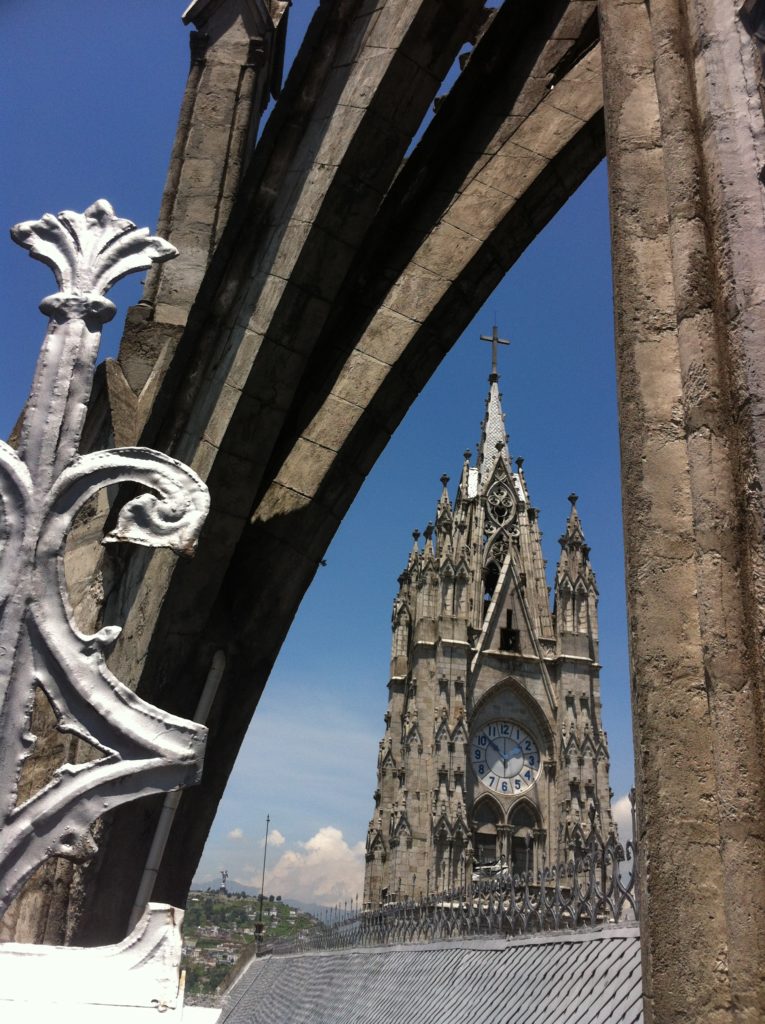 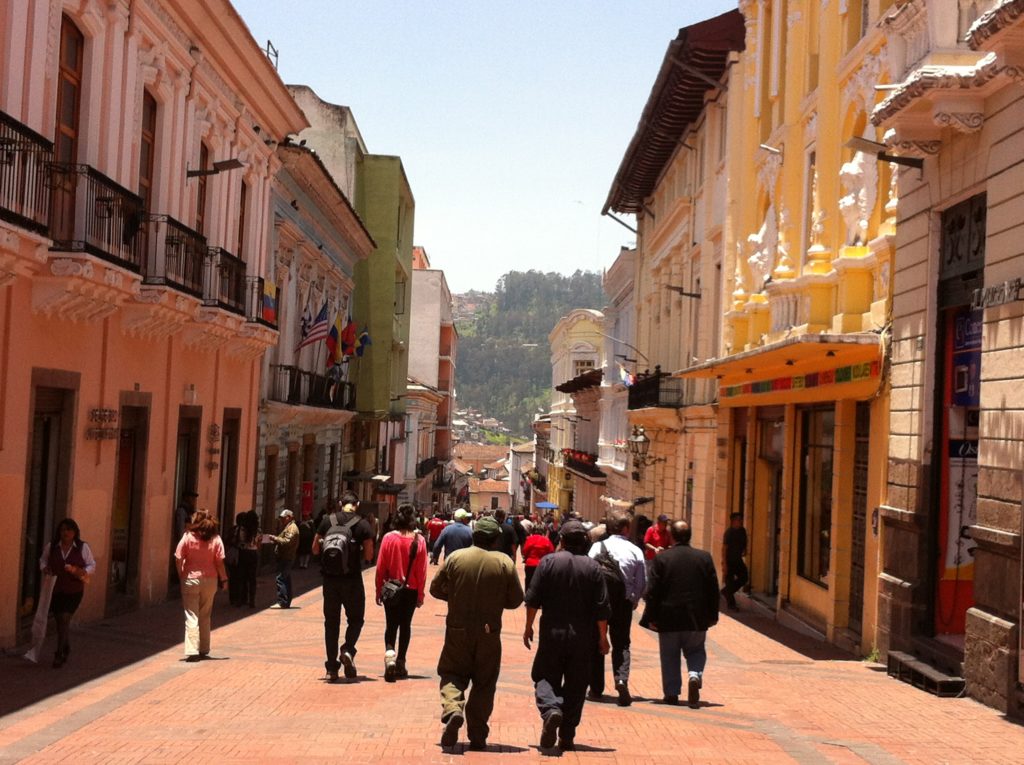 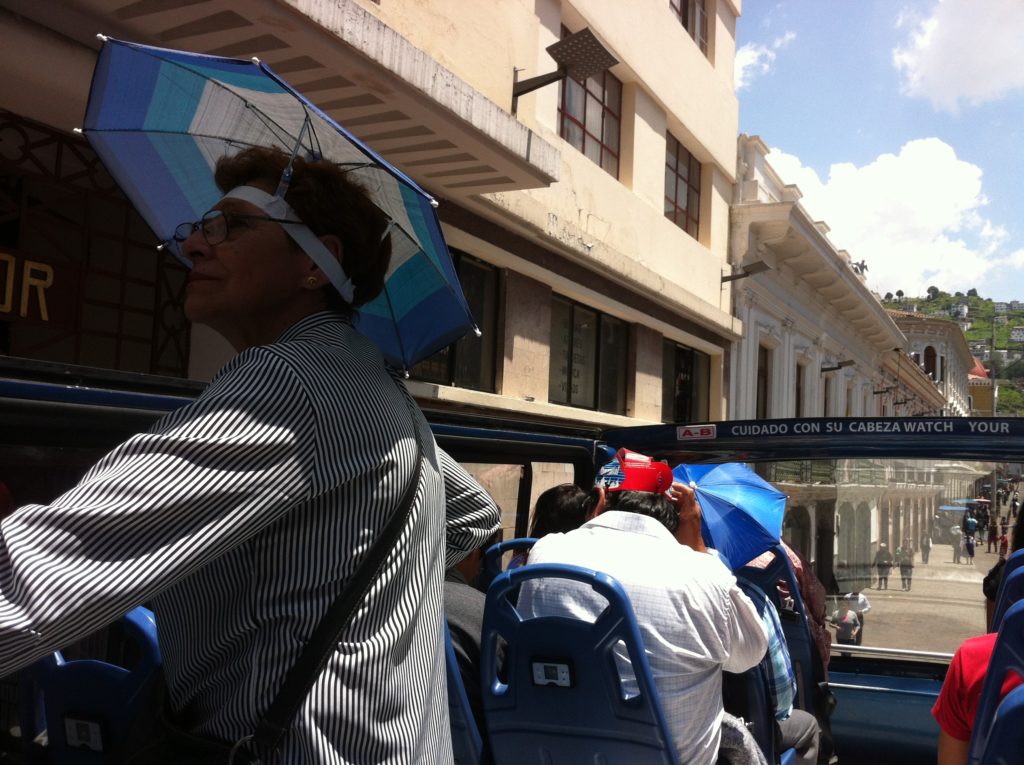 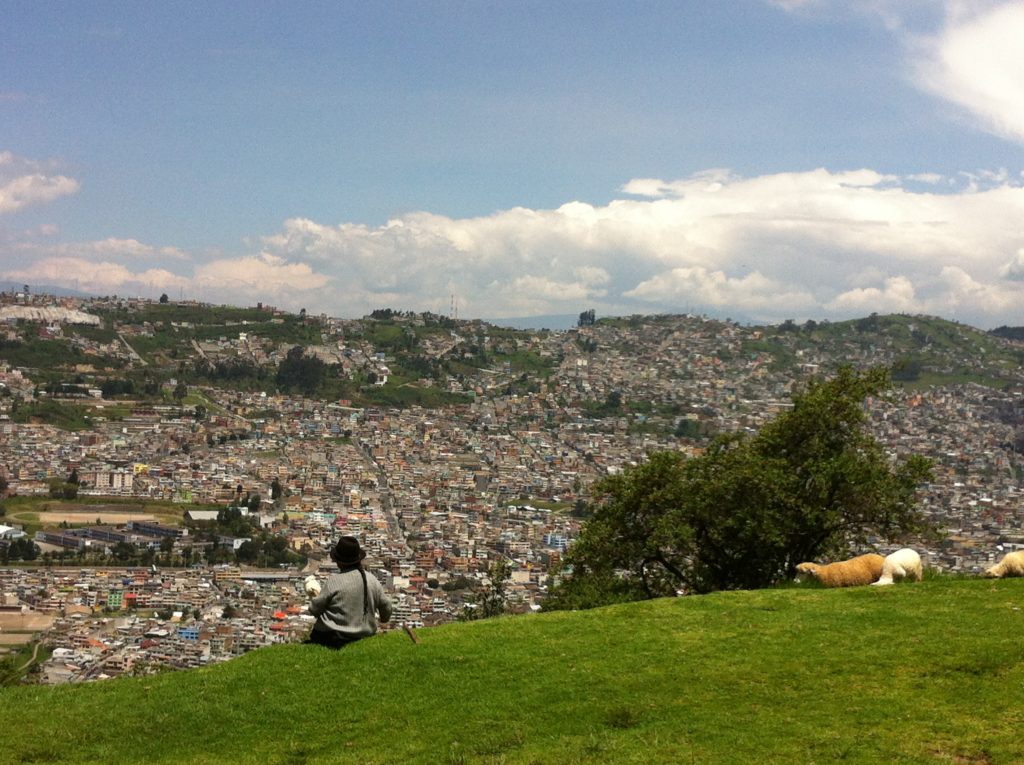 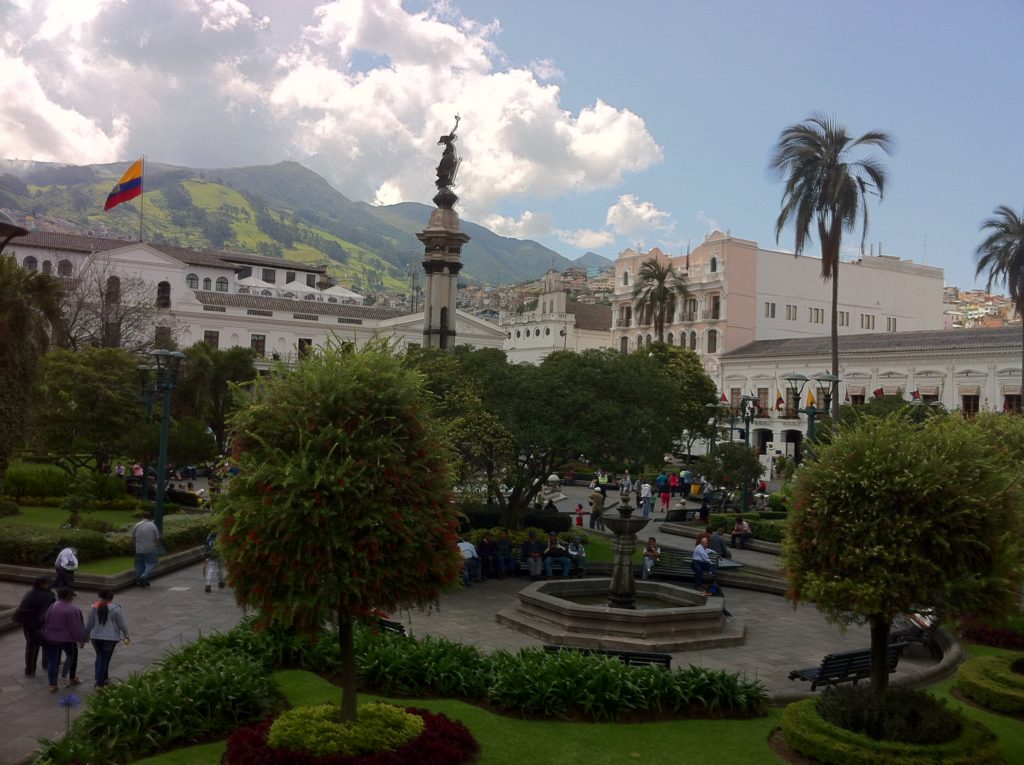 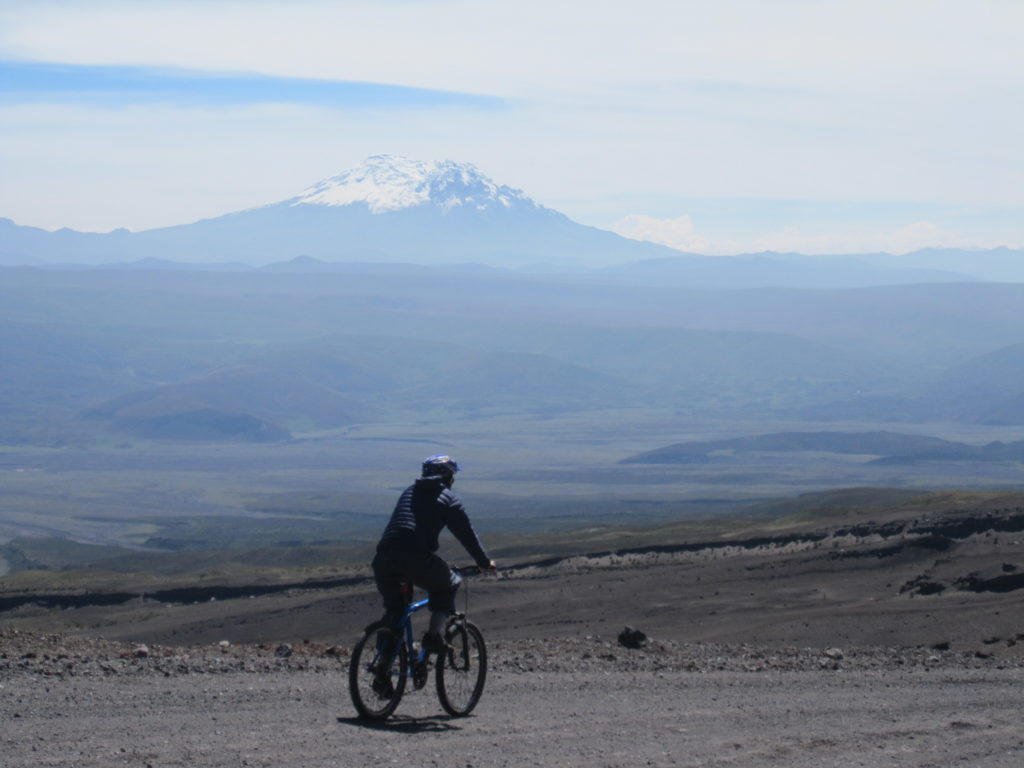 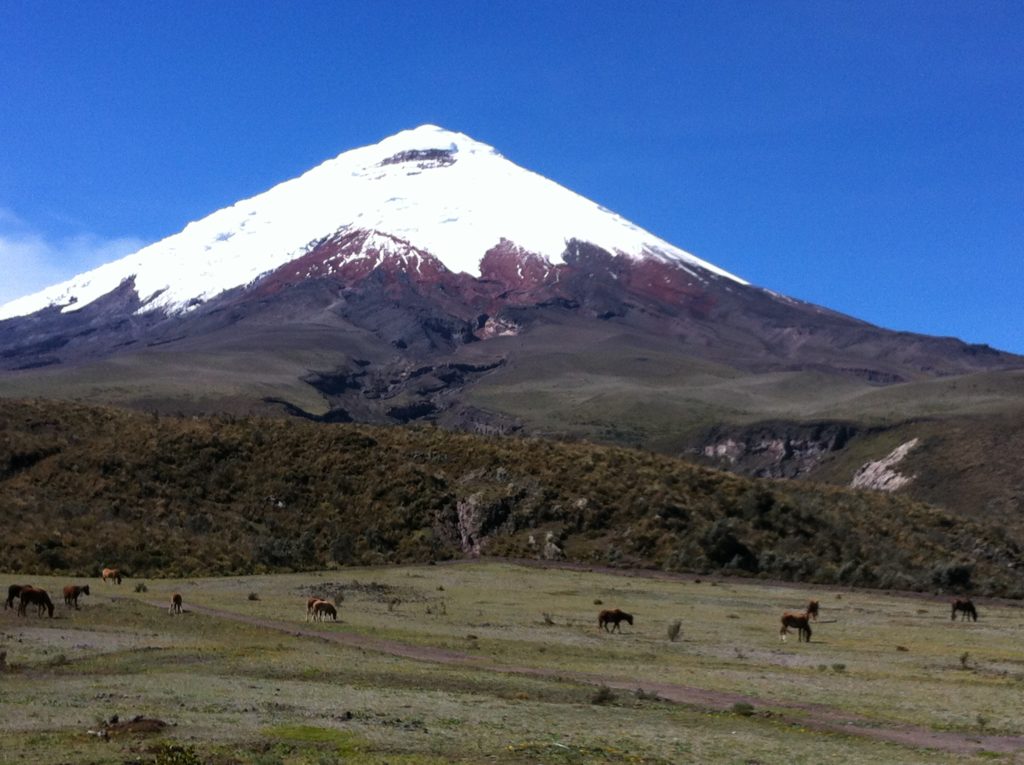 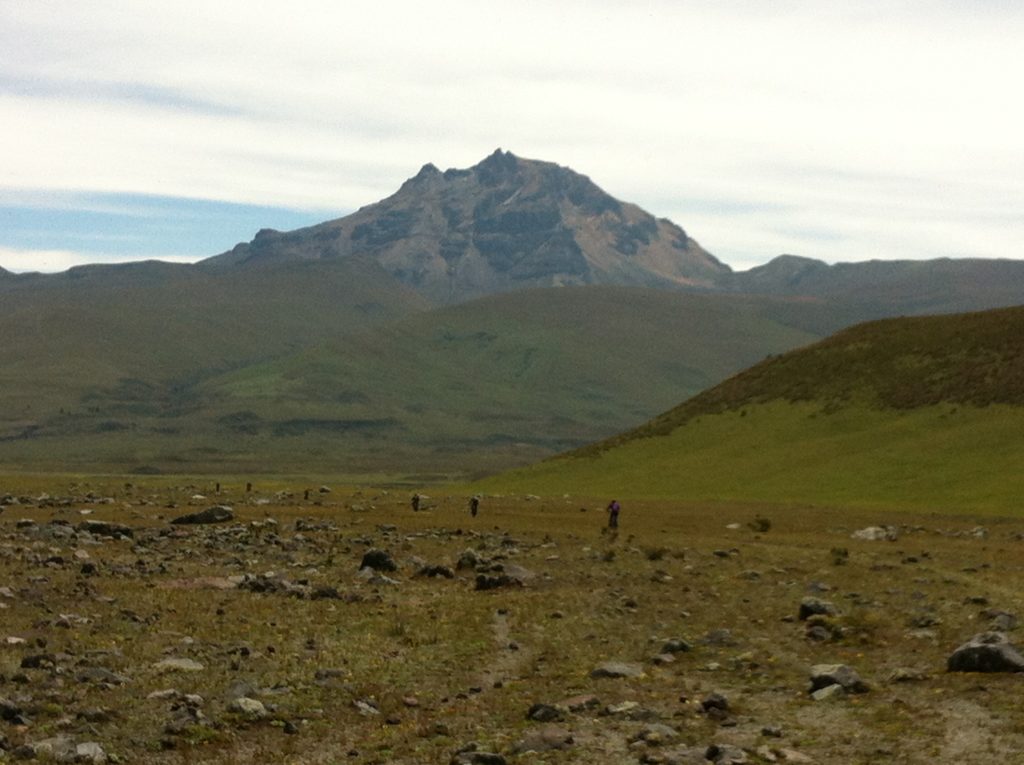 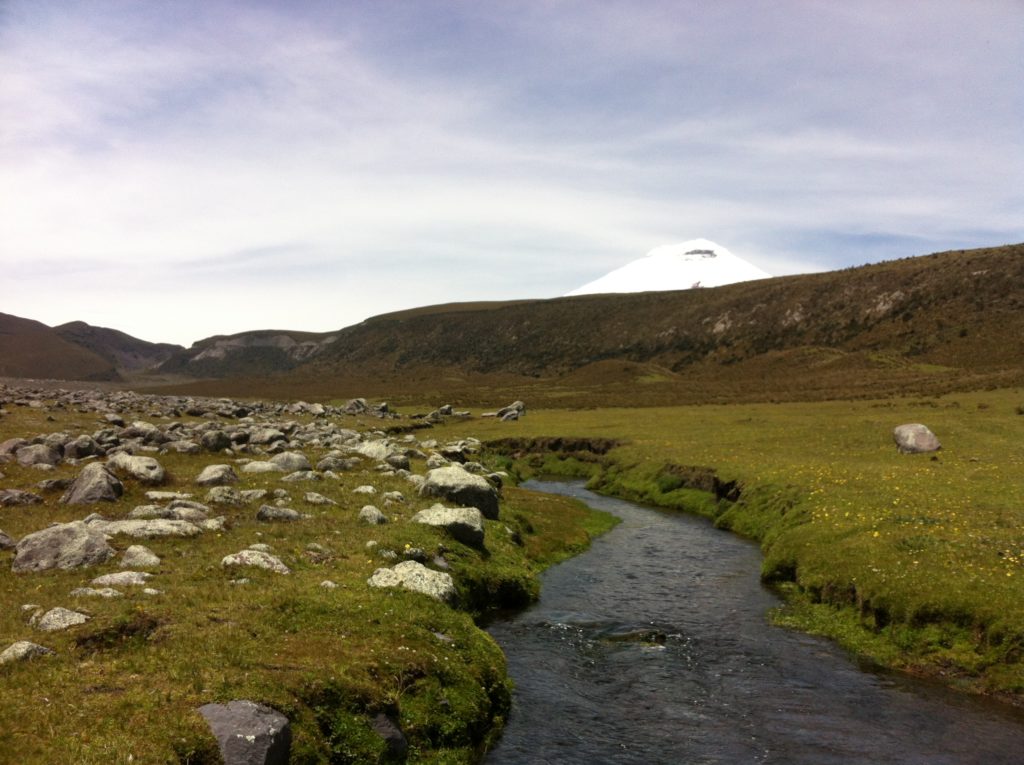 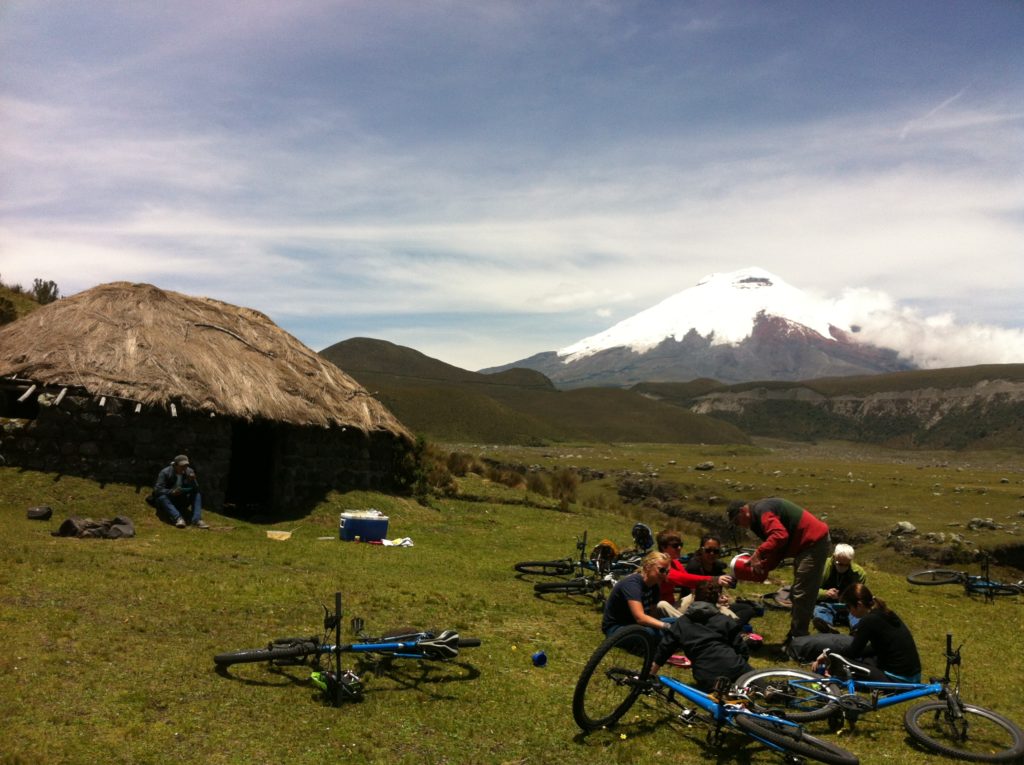 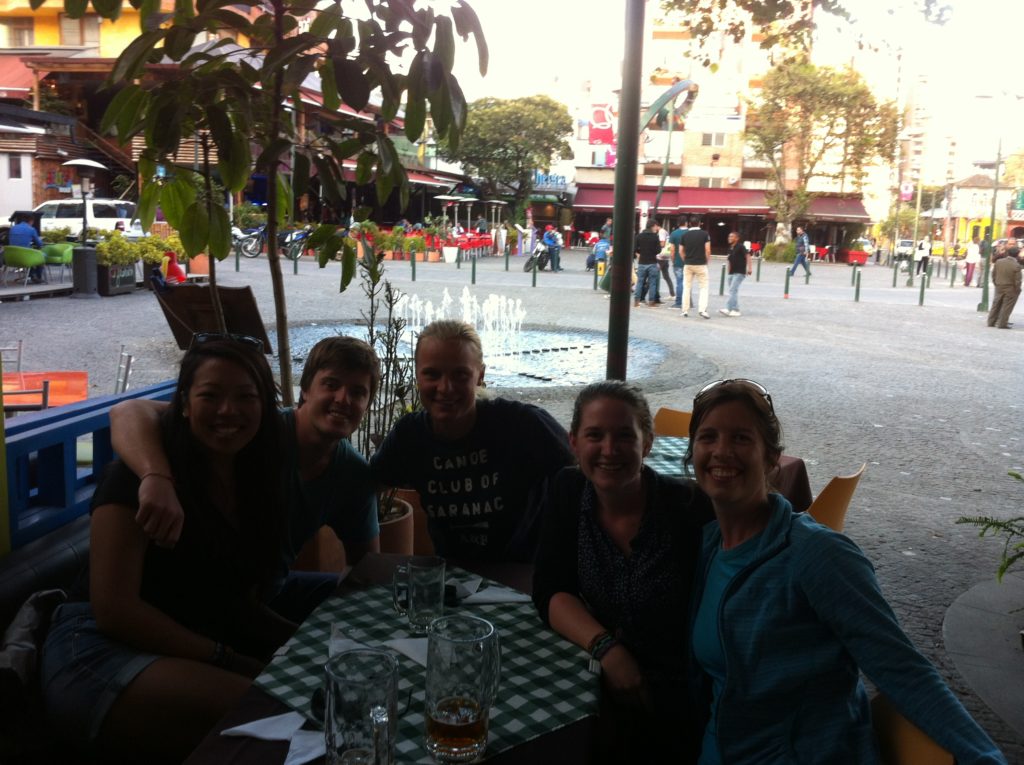 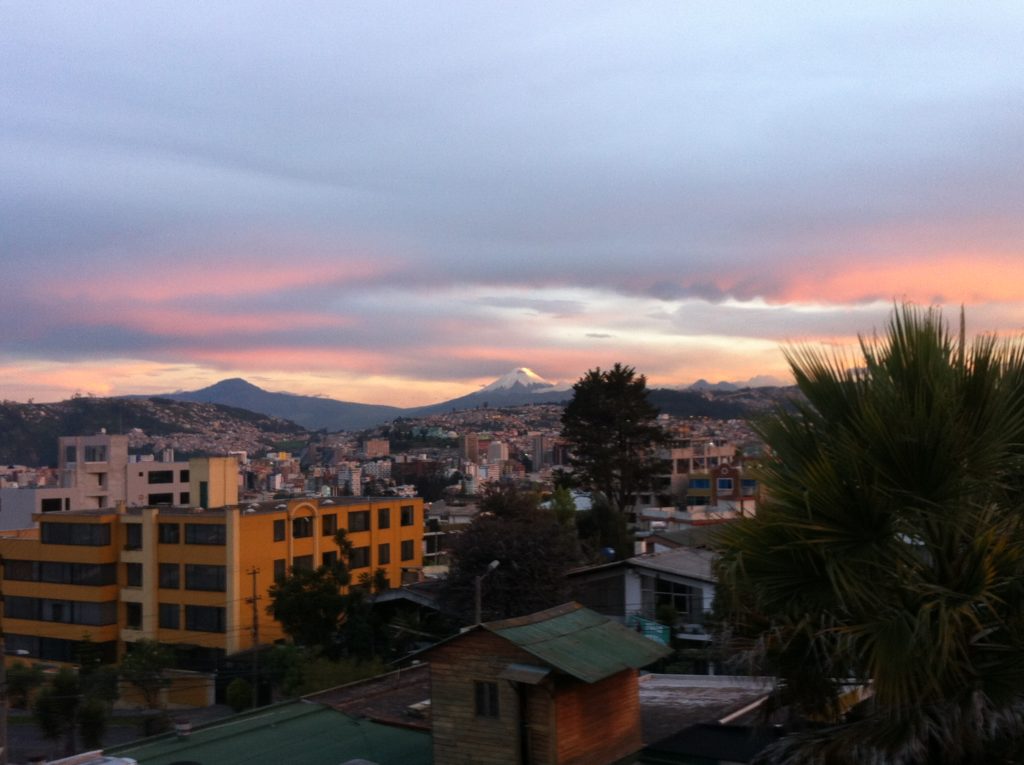 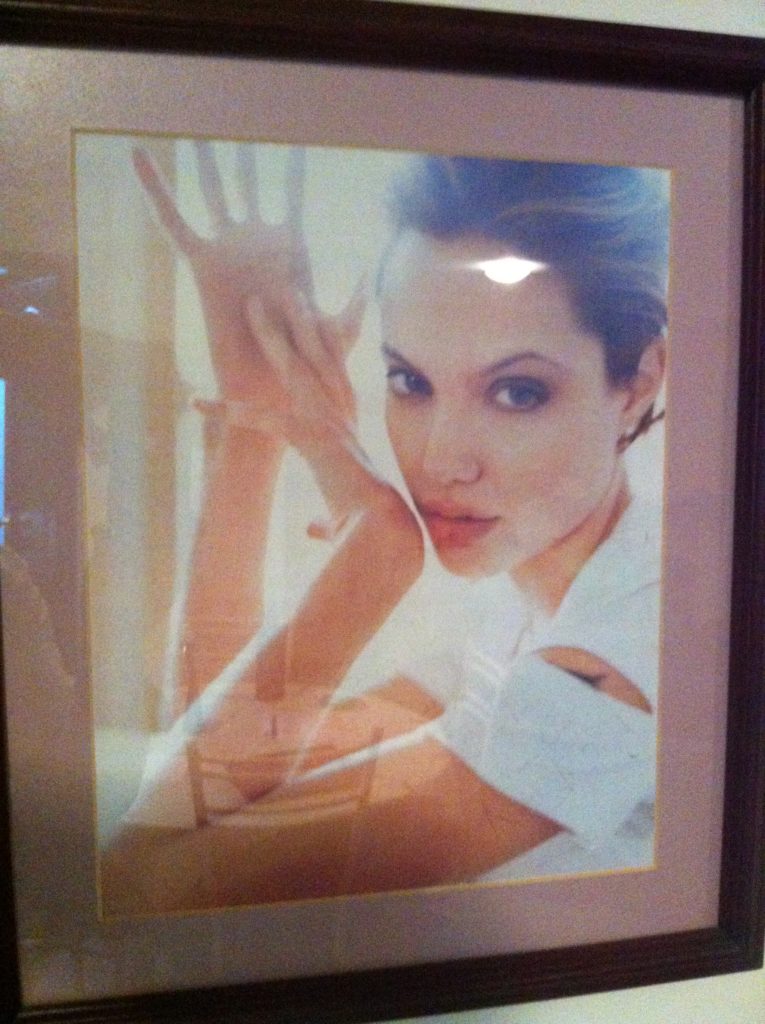