Knowing we would be pretty low in the energy department following our big mountain hike we had made little to no plans for our last week in Nepal aside from maybe visiting a couple lakes (Rupa Tal and Begnas Tal) and, of course, eating copious amounts of home-type foods (lasagna, steak, pizza, ice cream) and sitting around as motionless as possible commenting every now and then how nice it is to be warm, and burping. Pokhara, I’ll have you know, is quite an excellent place to accomplish both of these goals.

It also just so happened that we made our grand return to civilization on Nepali New Year’s Eve – leaving us with really no choice but to drink a few too many beers with the British guys we met on the trek, not that we made it to midnight or anything, although that actually made it feel even a bit more like real New Year’s for me. Plus the whole midnight thing doesn’t seem to have any real importance here as the big celebrations are more the following day. So, where in Canada we would typically sleep in, take lots of headache medication and futilely flip through the channels looking for something to watch besides romantic comedies from the late 90’s or the Tampax Super-Absorbancy Bowl from Albuquerque the Nepalese celebrate in a much different fashion. There is a lot of street food, a fair (with rides, bands, a midway and a Ferris wheel that spins far faster than seems prudent) and many, many large groups of people strolling to and fro on the sidewalks, hands held, arms over shoulders, scattering oncoming pedestrians like a rapidly morphing tumour. A tumour of hair product and spit, sponsored by Northface, of course. The big tour de force, however, was the particularly unexpected and highly improbable presence of electricity all day! Yep, not just from 11am to 3pm, or even the more common, and obviously crucial, hours from 3 to 6am, but right from the time we got up until the time we went to bed, thrilled and exhausted after hours and hours of uninterrupted television, phone charging and being able to see what you’re peeing on. It was like traveling through time. We just hope they didn’t spoil any one.

In an effort to break up the monotony of our final few days without unnecessarily taxing ourselves or spending long periods of time on public transportation we headed out to spend some time at a couple small lakes near Pokhara, Begnas Tal and Rupa Tal. It is a fairly picturesque area with a narrow ridge running between the two lakes, some very traditional villages and a healthy love for fish farming. After a somewhat discouraging start which had us wandering around aimlessly in the midday heat looking for a reasonable place to stay (i.e. no bamboo outhouses leaning drunkenly halfway down the hill ) we were lucky enough to stumble across a woman of indeterminate origin (American who lived in England? Former British nanny living in Germany? Australian cabinet minister desperately obsessed with Mary Poppins?) who directed us to Rupa View Guest House, a handsome brick building high on the ridge with good views over Rupa Tal that was run by a friendly family. We were also pleasantly surprised to learn that not only did the room have a private bathroom but it prominently featured a large chest high screen window overlooking the storage room. Who knew urinating while gazing at dirty lawn furniture and piles of partially used rolls of toilet paper could be so sensual? Anyway, over the course of our stay I also managed to drag Laynni kicking, screaming and wordlessly scowling on a couple mildly strenuous hikes in a half-hearted attempt to “stay in shape”. We are hoping to maintain as much of the very minimal physical condition we were able to achieve in the mountains as possible until we get to Scotland and embark on our next big hike. Based on a survey in Vogue India – nine days of hiking in the Himalayas followed by three days of pizza, beer, Coke and meat, lotsa meat, should have left us hovering around the area of “passably mobile”. And just above “spryly sedentary”. Bring on the Scottish Highlands!

In other extraneous news, the strange weather continued to get even stranger, as it tends to do by definition, as a sweltering hot day at the lake took a sudden turn for the bizarre, deteriorating into a violent hail storm with nasty winds and giddy teenagers running around taking perverse pleasure in being pelted by hail stones roughly the size of a cleanly sucked peach pit. Eventually the storm passed, though, and we had a nice quiet night, bidding our leave the next morning following a surprisingly spirited debate over the day of the week while paying our hotel bill. Everyone was in agreement that we had arrived on Saturday, but since it was now Tuesday we had obviously stayed 3 nights, except that it was actually Monday, and we had only stayed 2 nights, which we also knew for various other reasons, the most compelling of which being that we had only stayed 2 nights. I learned that my watch is not necessarily considered unbiased, and with no calendar and no internet I also learned that proof of where we presently sit in the current time continuum, something I’ve never normally found necessary to verify in my previous dealings with the Gregorian calendar, is unexpectedly hard to come by. Even though the son informed me that Monday was their first day back to school after a month’s holiday and readily agreed that he had not yet been. Ah, well, eventually they were good enough to relent and take my word for it, although it somehow still ended up feeling like I was pulling a fast one, like getting $36.02 of gas while paying $36, or getting paid to punch someone in the nuts.

Then, it was back to Pokhara for one more day, one more pizza at Café Concerto, one more evening of Las Vegas reruns, then a bus ride to Kathmandu which was technically fine, just slightly too long, with slightly too hard of seats, a few too many stops (breakfast, lunch, fruit, gas, road work, old women getting off ever…so…slowly) and a defective seat in front of me that resulted in bi-hourly visits of a carefully coiffed head to my reluctant lap. Intimate, yet not as arousing as you’d expect, much like a date with your gynecologist. But all worth it when you roll into scrappy old Kathmandu to a glorious welcome of staggering traffic, blaring horns and suffocating pollution. On the bright side, we only spent a few minutes before continuing our journey out to Bhaktapur, and at long last I had found another opportunity to accessorize with a smog bandana.

Now, Bhaktapur again (for the 4th time, but who’s counting?) to relax for our final two nights before our flight to London, wandering around checking out remnants of the hugely popular Bisket Jatra festival that Bhaktapur is well known for and which we had just missed. By all accounts it features massive group tug-o’-wars, gigantic wooden deities on wheels and no shortage of cobble but, unfortunately, we only arrived in time for the cobble and to share in the communal suffering of festival hangover.  Well, that, and share our hotel with an odd group of teenage English girls on some sort of tour that seemingly focused on two key mandates – smiling and wearing matching kerchiefs – but just by watching them you could tell that they also brought along plenty of cultural awareness, some carefully ethical camaraderie and a palpable lack of dating experience. Interesting, but irrelevant, since all we were looking to do was pack, organize and hopefully learn a thing or two, such as:

There is apparently no amount of money that can purchase you clean laundry in less than 36 hours. Patently impossible! We are told. Unless Laynni does it, in the bathroom, with a small bucket, hangs it on the roof, where it’s dry by early afternoon. I suppose that would be possible. Whatever, it’s all these quaint little idiosyncrasies that we love about Bhaktapur, at least we do until I’m out of clean underwear, need electricity to make the most of an ATM or need to stock up on something besides yak blankets and ceramic pots. Jokes! All jokes, fine Bhaktapur! And if all else were to fail, or become suddenly dark, like at 9:30 every night, we’d still have to love the place where just the other day, while re-packing our things, Laynni discovered a precious item considered irretrievably lost to her for nigh on two and a half years now? For purposes of pending surprise I’m going to remain vague on the details for now, but I can give you a couple hints. I have been authorized to tell you that: it was found hiding between bandages in our medical kit, Laynni has continued to mourn its absence from time to time, and it is not my social consciousness, or the last of my ribbed condoms. Intrigued?

Once again, a great visit to Nepal. Already talking about when we can make it back and which hike to do next. The untrammeled diversity of Langtang? The remote beauty of the Mustang region? The abundant self-importance and special hiking pants of Everest Base Camp? Spoiled for choice, we are. But for now: 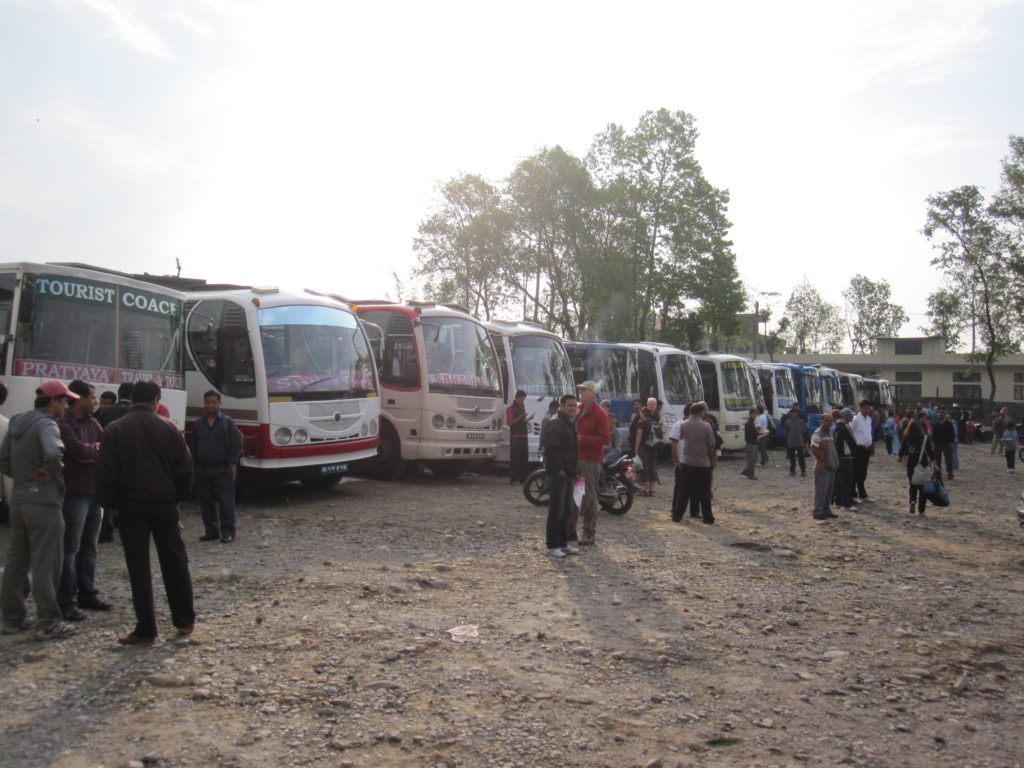 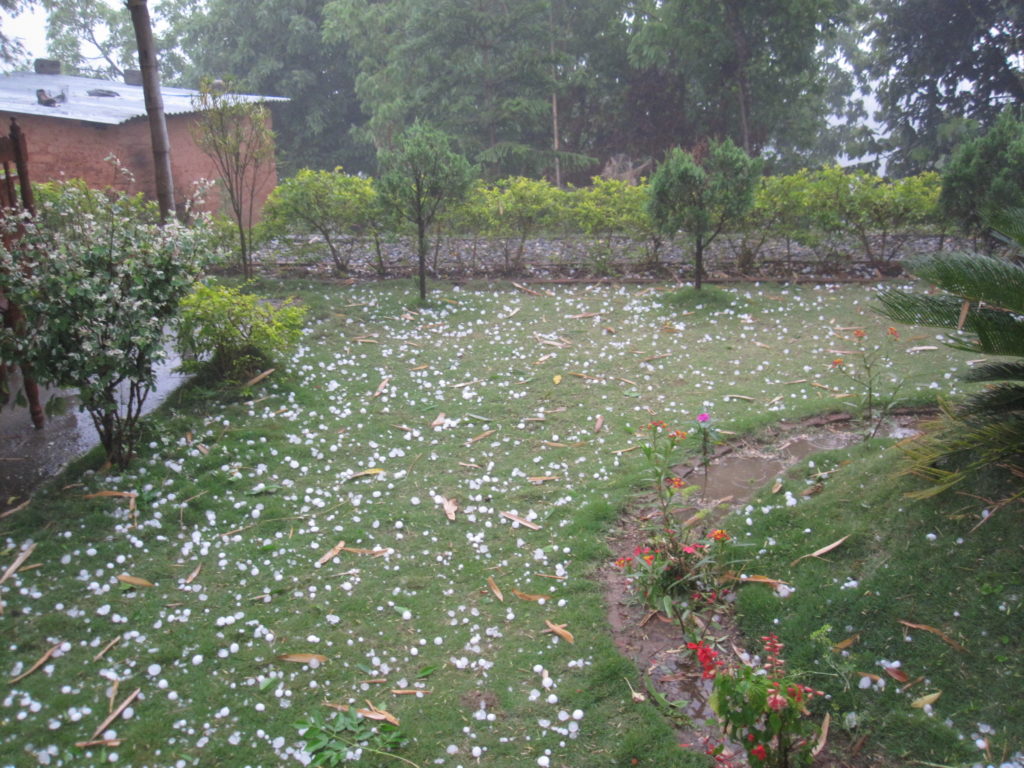 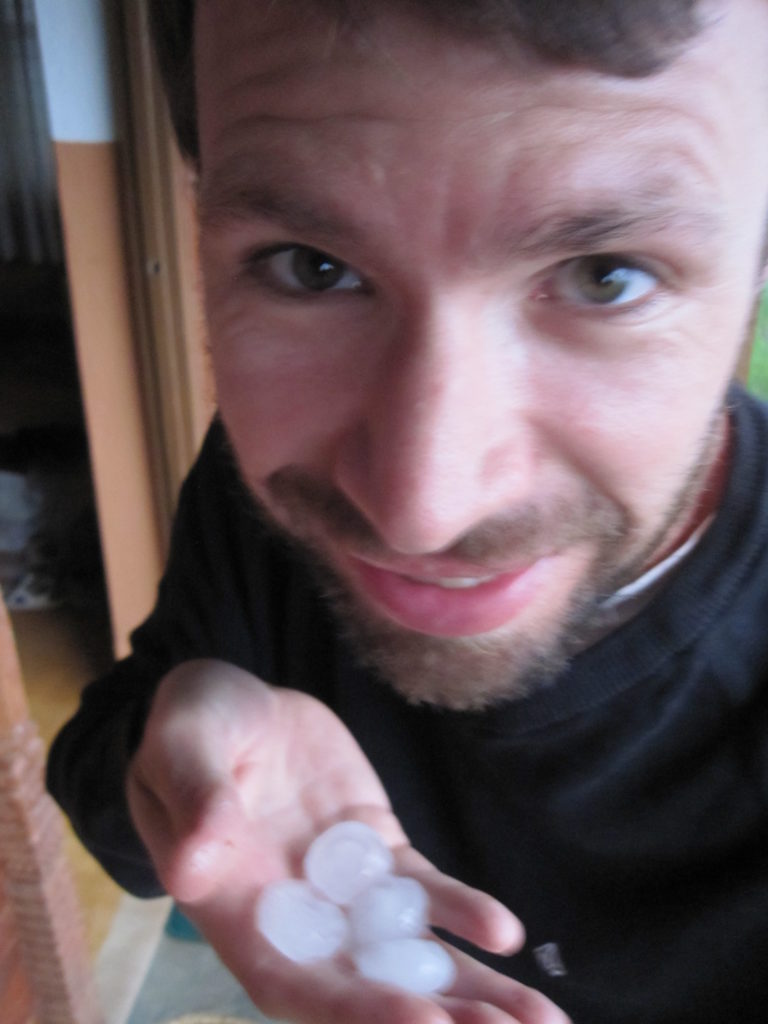 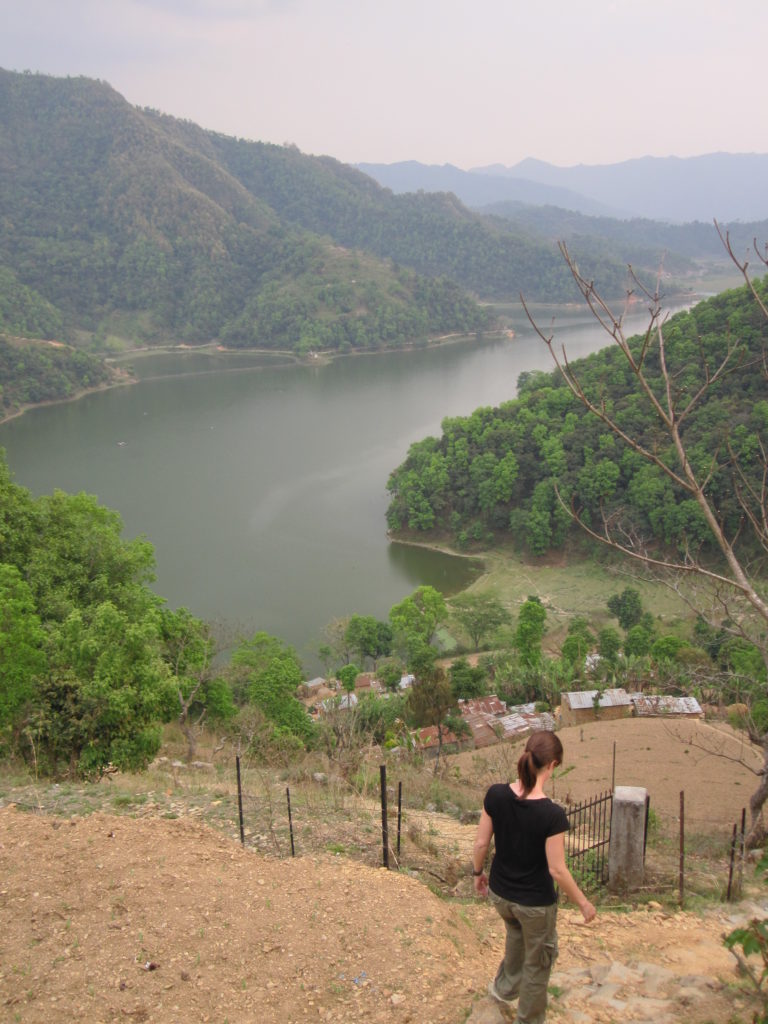 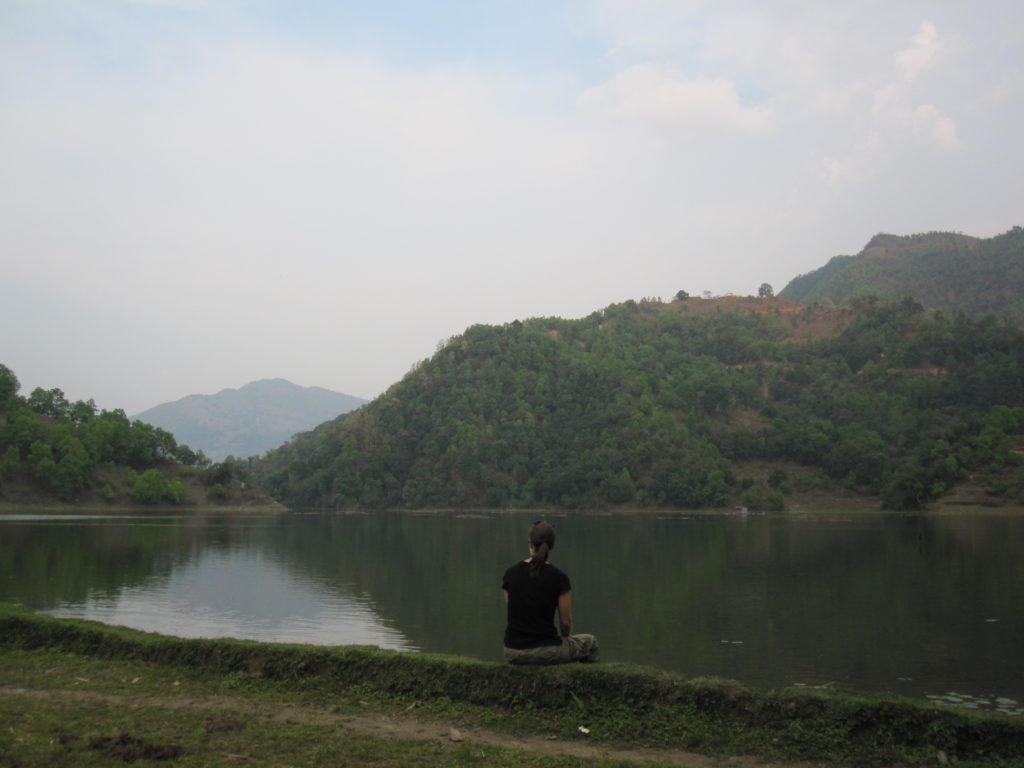 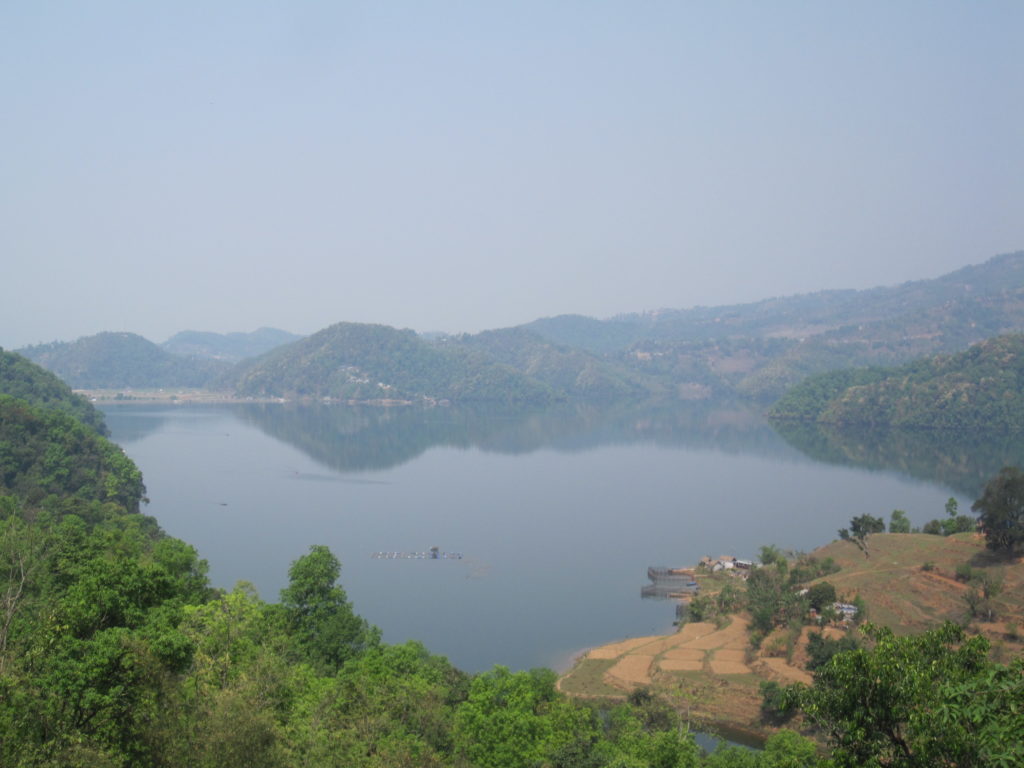 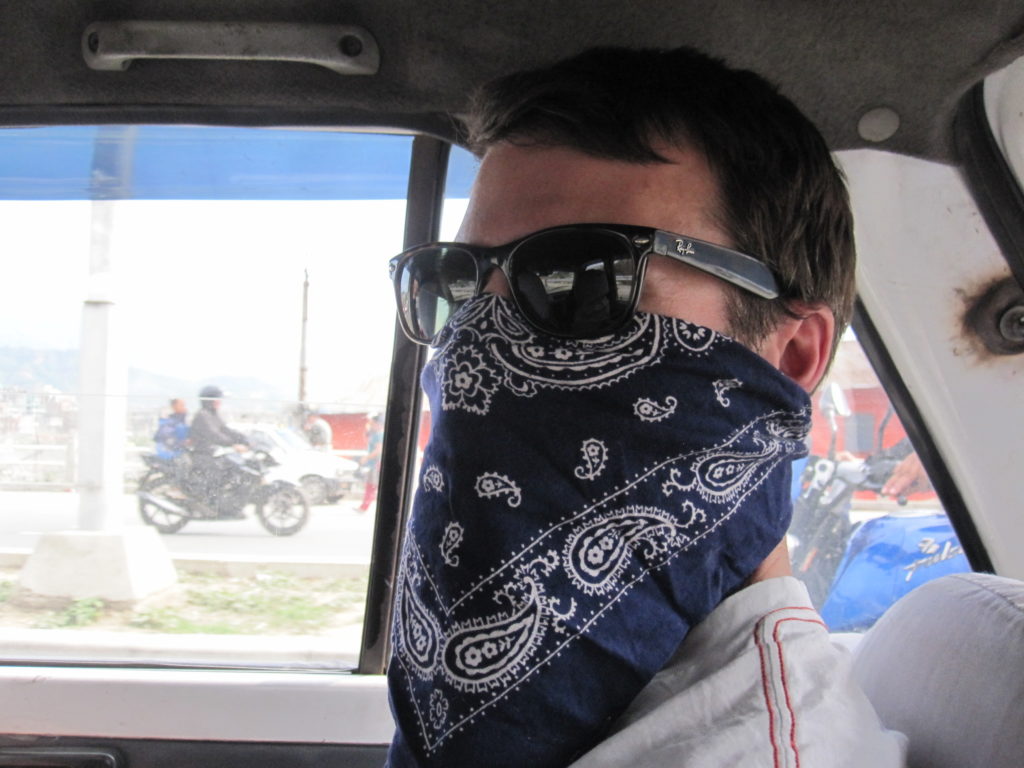 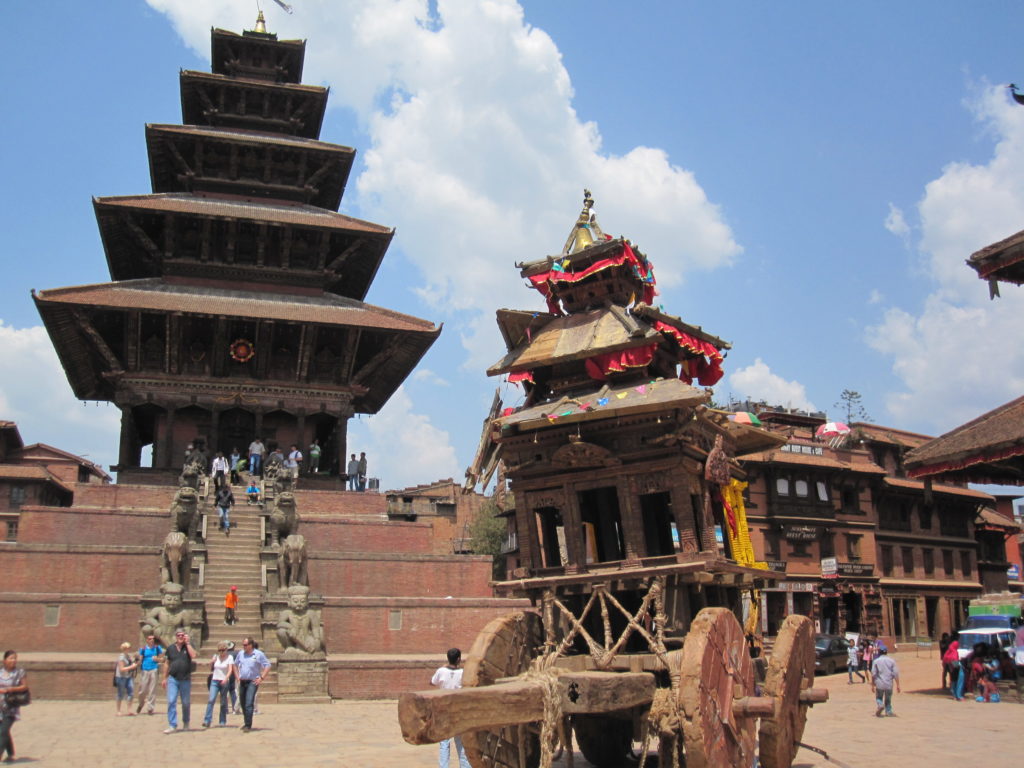