We’re back in Garajau, and sicker than ever! That’s right. Got a tickle in my throat on the plane across the pond and still haven’t been able to fully shake it. Can’t be for lack of sleep, getting plenty of that, both at night and in the form of afternoon naps. Could be how dry it is here, although I just say that because it sounds like something people might say, not sure how it would in any way relate to a nagging cold. Minor inconvenience all in all, though. Of course, I say that now, Laynni wasn’t necessarily in full agreement a few days ago when I coughed half the night, and loudly filled innocent Kleenexes with mucous the other half, grunting and swearing any time I caught my breath long enough.

Well, dazzling start to a blog entry, you say? Tsk, tsk, sarcasm doesn’t become you. Neither does that mauve pantsuit. But neither of those things is either here nor there, evidently. 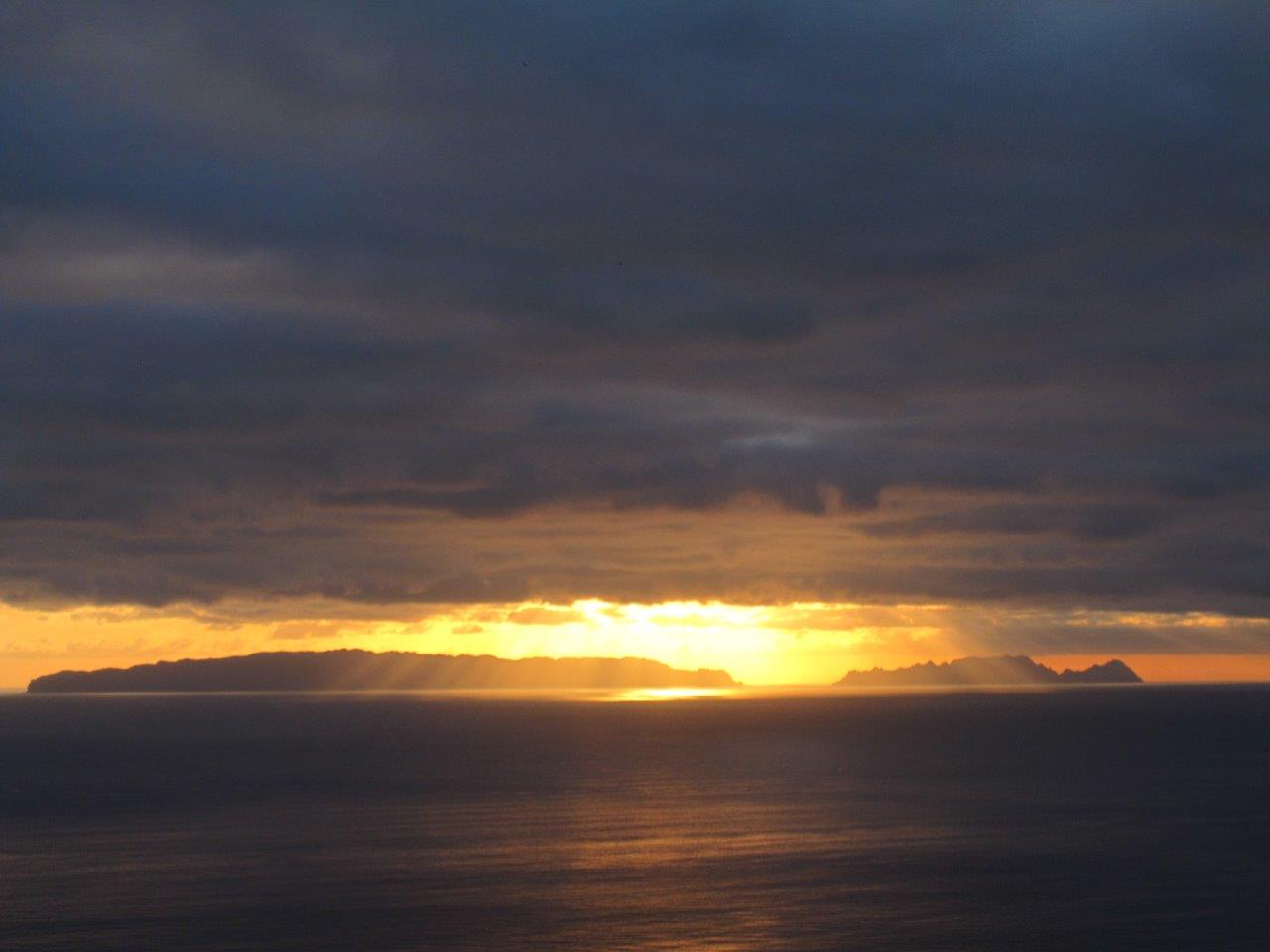 Point is, what have we been up to? Glad you asked.

Been squeezing every last drop out the sickness excuse, and making sure it coordinates neatly with all my aforementioned naps and the watching all sorts of soccer games, from all sorts of struggling European countries (Portugal, Spain, Italy), plus Germany and England.

Madeira is a beautiful place. The view from our balcony is amazing. The weather is almost perfect (when I say almost we’re talking, like, 2-3 degrees warmer, if only so I could break out my shorts a bit more often). The island is filled with outstanding levada hikes through rugged countryside hovering halfway between “mountainous” and “hilly”. Unfortunately, all of those hikes require transportation, either by bus, rental car or guided tour. And what with my nasty case of the sniffles and scratchy throat, well, clearly none of that has been happening yet. 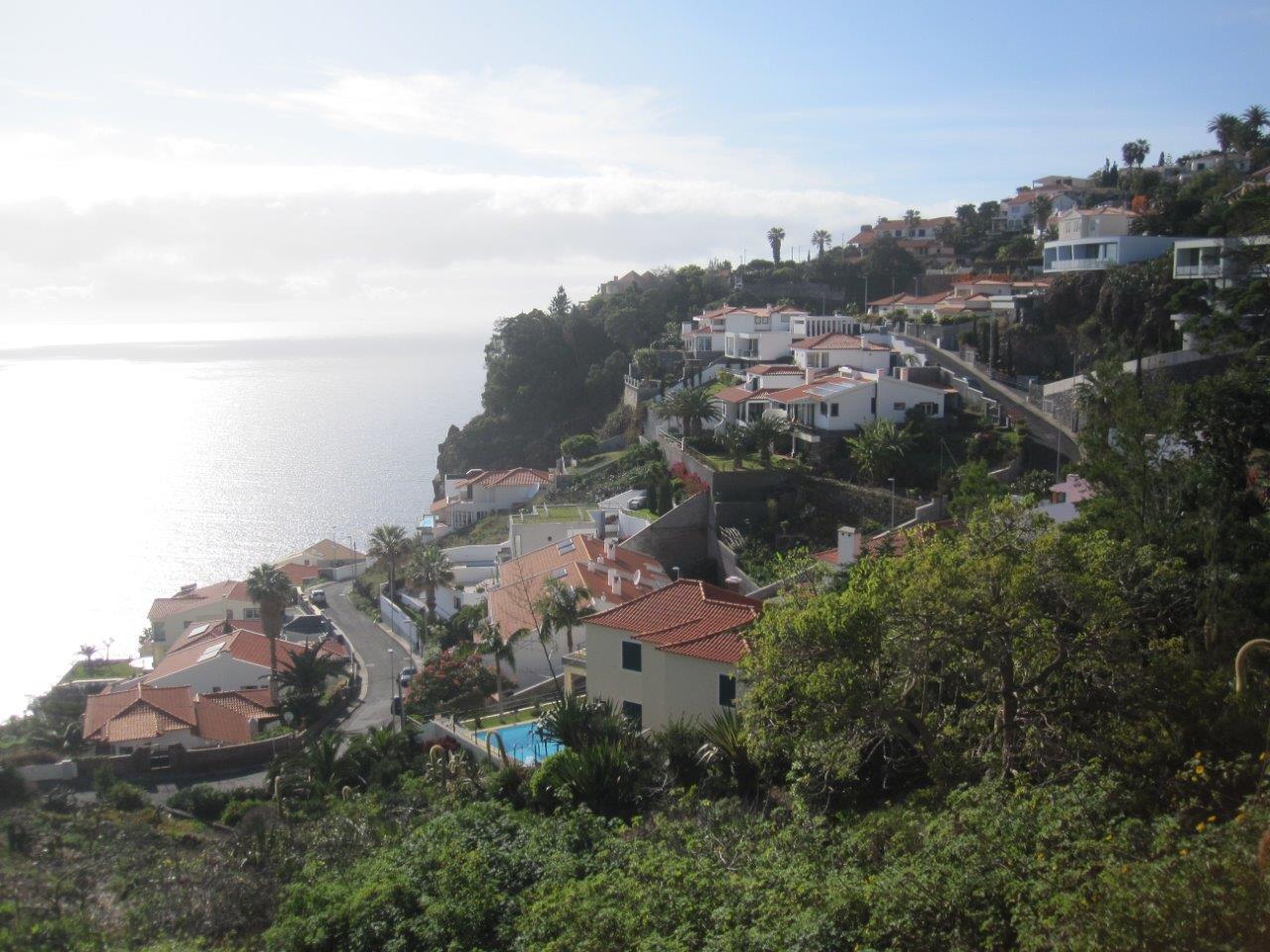 There are perfectly pleasant neighbourhood walks around our place that follow sidewalks and roads that aren’t all that busy, and still feature constant ocean views, albeit not nearly as impressive as the one we can get without leaving our apartment. So, we walk, but it’s nothing to write home about (which begs the question, why am I doing just that?).

But none of them compare to Portugal’s most popular hike – the Rota Vicentina which wanders down the Costa Vicentina passing through beach towns and charming villages of Aljezur, Odexeice, Zambujeira, Almograve, Carrapateira, Vila Nova de Milfontes and Porto Covo along the way.

In mid-February we will be leaving Madeira to embark on 2 ½ months of what you might call more active travel (it really couldn’t be less active at this point), that will include acting as specialty tour guides for Laynni’s parents for a period of roughly one month. We are planning to visit 4 or 5 different countries in that time period and have been working out where we’ll start and end each section so we can book flights and such. A rough itinerary (subject to changing whims and natural indecisiveness):

Morocco by ourselves (one month)

Mostly in the south because it is warm even in the winter, and because we didn’t spend much time there last time. 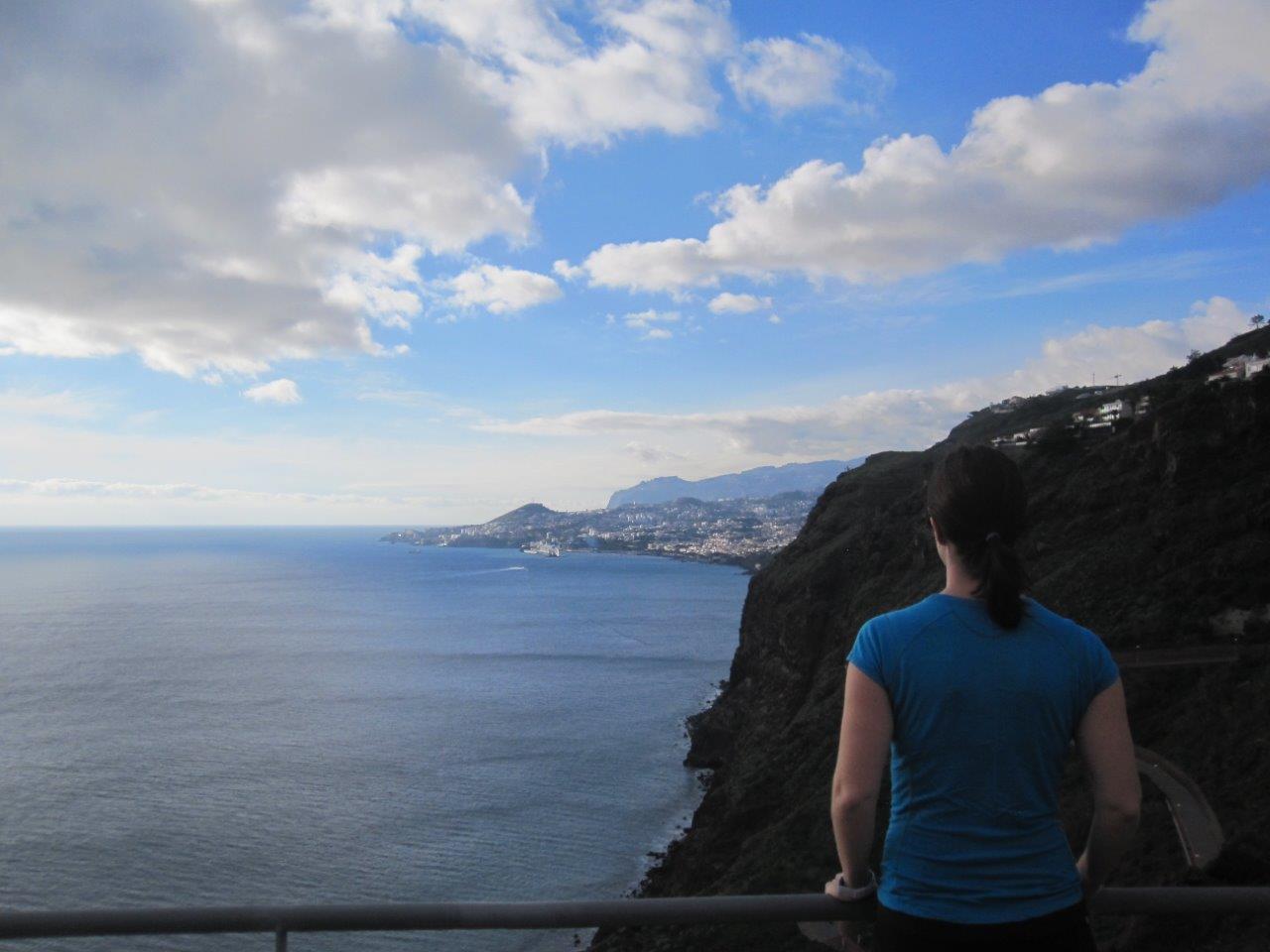 We have been talking about returning to Morocco for a long time now and are extremely excited to have it just around the corner. Hopefully it lives up to the hype we have in our minds (the way Guatemala and Nepal did) and doesn’t turn out to be “just ok, and a lot more expensive” (the way Thailand did). We would also accept “pretty much exactly the same” (i.e. Belize, Mexico, London).

Morocco with the in-laws (2 weeks)

Far more structured, and built almost exclusively around train rides for Lyle and pleasant balconies where Nadine can have coffee at 5 am.

In order to reach our next destination, that destination being any really beautiful Mediterranean island ripe for relaxation and wave-gazing, we needed to commute through some major European city. We’ve never been to Barcelona (despite having spent over 5 weeks in Spain last fall) and, as everyone always tells us, “you’ll absolutely love Barcelona!” So we’re giving it a shot. 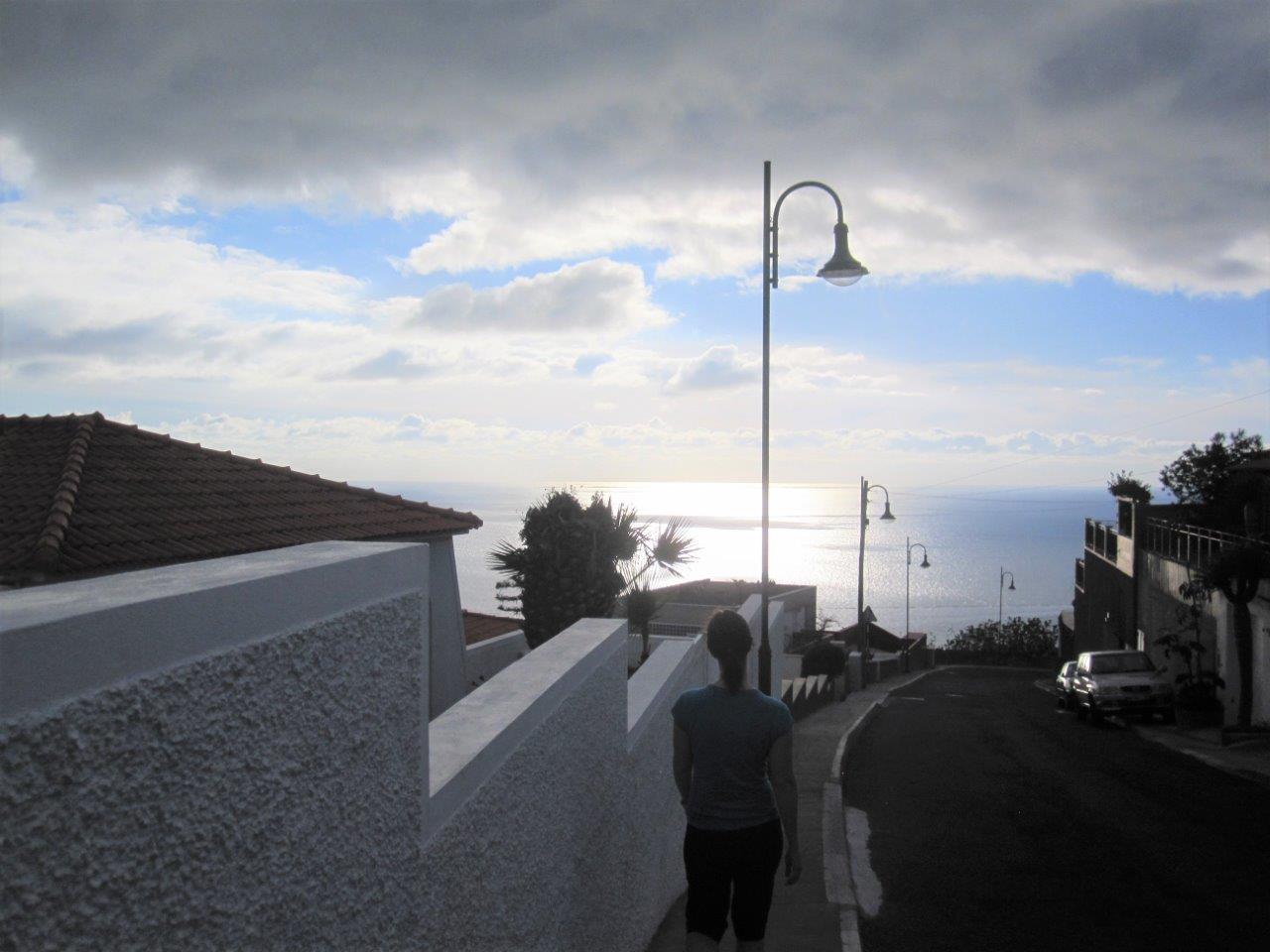 I present to you an allegedly really beautiful Mediterranean island ripe for relaxation and wave-gazing. Actually, we’ll probably end up on Gozo, the smaller and more hike-y island of the two. You can look forward to some jokes about Maltese Crosses (I haven’t worked out all the details yet) and some disorganized discussion about the confusing Maltese language, apparently a Semitic language with shades of Italian, French, Arabic and, lately, English. What, no Bulgarian? So closed-minded.

This is where we part ways with Lyle and Nadine as they will fly to Amsterdam to spend a few days touring cemeteries and spending whatever euros they have left on bawdy fridge magnets from the Red Light District. We haven’t worked out the details of our last 3 weeks just yet, only that we fly home from Dublin, will definitely be doing some hiking on the west coast of Ireland, and are seriously considering flying into a city in England I had never heard of before Thursday.

With sales of my first book firmly uninspiring I just can’t wait to get another one out there to give it some company on the e-shelf. Plus, it seems kind of timely, since I’m writing about the Camino de Santiago hike we did in October and I don’t want to wait too long and forget what everything felt like – hiking with blisters, eating three-day old bread, getting undressed in front of opinionated nuns, scrubbing my underwear in the sink with Laynni’s toothbrush, etc. Plus it gives some structure to my life, which keeps me from knowing even more than I already do about the Blue Jays prospective bullpen situation for the upcoming season.

So now that you are fully informed I think I’ll feel okay about ratcheting up the pace a bit over the next while, especially now that I’m almost comfortable being more than four feet away from a box of Kleenex, at least for an hour or so at a time. Professional soccer games! Bus trips to the city! Really weird street toboggans! Levada hikes! Maybe a new hoodie! The possibilities are endless. Well, maybe not endless, but at least multiple. Check in next time to see how much really ends up taking place…