“All right”, she rudely interrupted, “that’s enough, Dean, it’s my turn for the shower”

We rolled out of bed, spry and perky, excited to embark on our next adventure – a three day bus and river jaunt that would take us from the quiet, laid back mountain town of Coroico (that of the mysterious wireless internet fame) to the quiet, laid back jungle town of Rurrenabaque. Drifting quietly down a mighty river past thickly jungled banks broken only by the peaceful image of local villagers going about their daily lives. Well, that did turn out to be the case…..occasionally. More often, however, we shifted and fidgeted, unsuccessfully attempting to find a position that would relieve our aching ass/back/legs as we sat cramped in the long, narrow motorized canoe. There were times when one, or sometimes even two, of the aforementioned body parts were comfortable enough to ignore, but never all. Never…all (accompanied by rueful shake of the head). 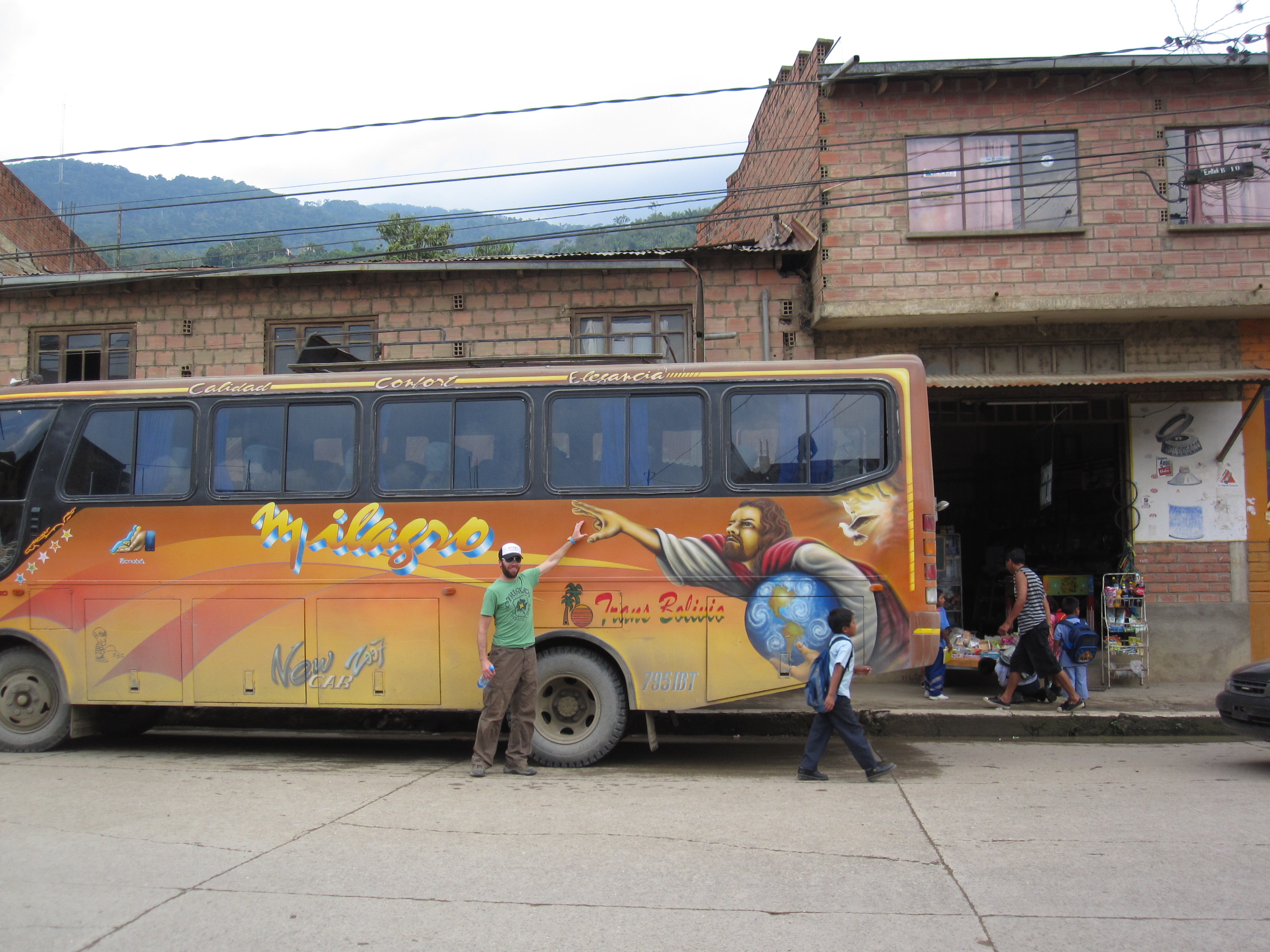 Meanwhile, the river we were on (which shall remain nameless as to avoid inspiring lustful greed, and because I actually have no idea what it was called) had been the site of a massive gold rush back about thirty years ago and still spits out enough tantalizing nuggets to entice a small contingent of optimistic men to risk it all for a Swede’s chance in Hollywood of hitting it rich. And based on this slim glimmer of hope they spend long, thankless days up to their thighs in the murky, swirling water as it serves it main purpose in life – disposing of the cumulative waste of the dozens of isolated jungle communities located along its slimy banks. On the bright side, their skin only crawls with parasites from the waist down. Just like Madonna.

After a much longer than anticipated bus trip to the start of the river we only spent about an hour on the water before making our first stop where we visited a nice, clear little pond a couple hundred metres off the river. Unfortunately, we still weren’t fully down into the jungle climate yet, and it also happened to be very windy, and raining on and off, so peeling off all our layers to go for a swim was about as welcome to us at that point as rectal massage from Edward Scissorhands. Of course, several of our group still went in, some because it was “on the itinerary”, and some simply because they weren’t weak-ass pussies like us. We almost reconsidered when Juan, one of our guides, stripped down to his skivvies and dove in, only to surface seconds later sporting a mischievous grin and what appeared to be a fake plastic armadillo. It struck me as an episode of Crocodile Hunter produced by a Third World country, or maybe CBC. As it turns out, though, it wasn’t plastic at all, and apparently that’s just what recently deceased armadillos look like when they are fished out of ponds. Which anyone who has ever gotten to know Juan would understand. 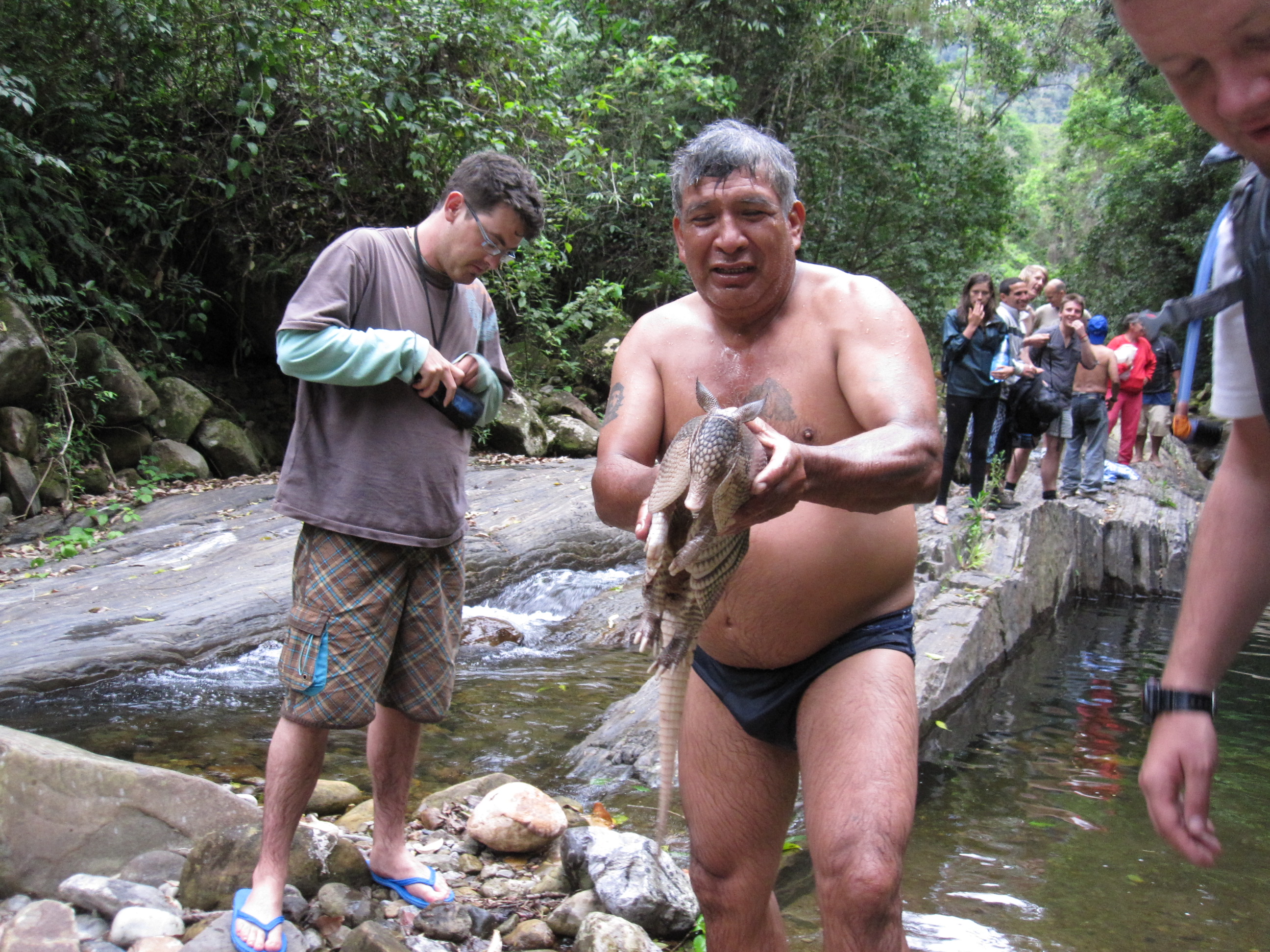 Ironically, from then on the weather turned hot and we soon began longing for another chance to swim like Saskatchewan farmers yearning for a national agriculture subsidy. From the next morning forward we spent every moment – whether awake, asleep or crouching in the bushes hoping that tickle on our nether regions was only a plant, and hopefully not the kind of plant that would cause genital rot – overheated and sweating like Russell Crowe trying to put on his Gladiator costume to impress the waitress from Denny’s. At any time in those two days we would have happily dove into that pool with all the gusto of a game show host, regardless of whether we were joined by just one dead armadillo, or a whole herd of leprous Republicans. 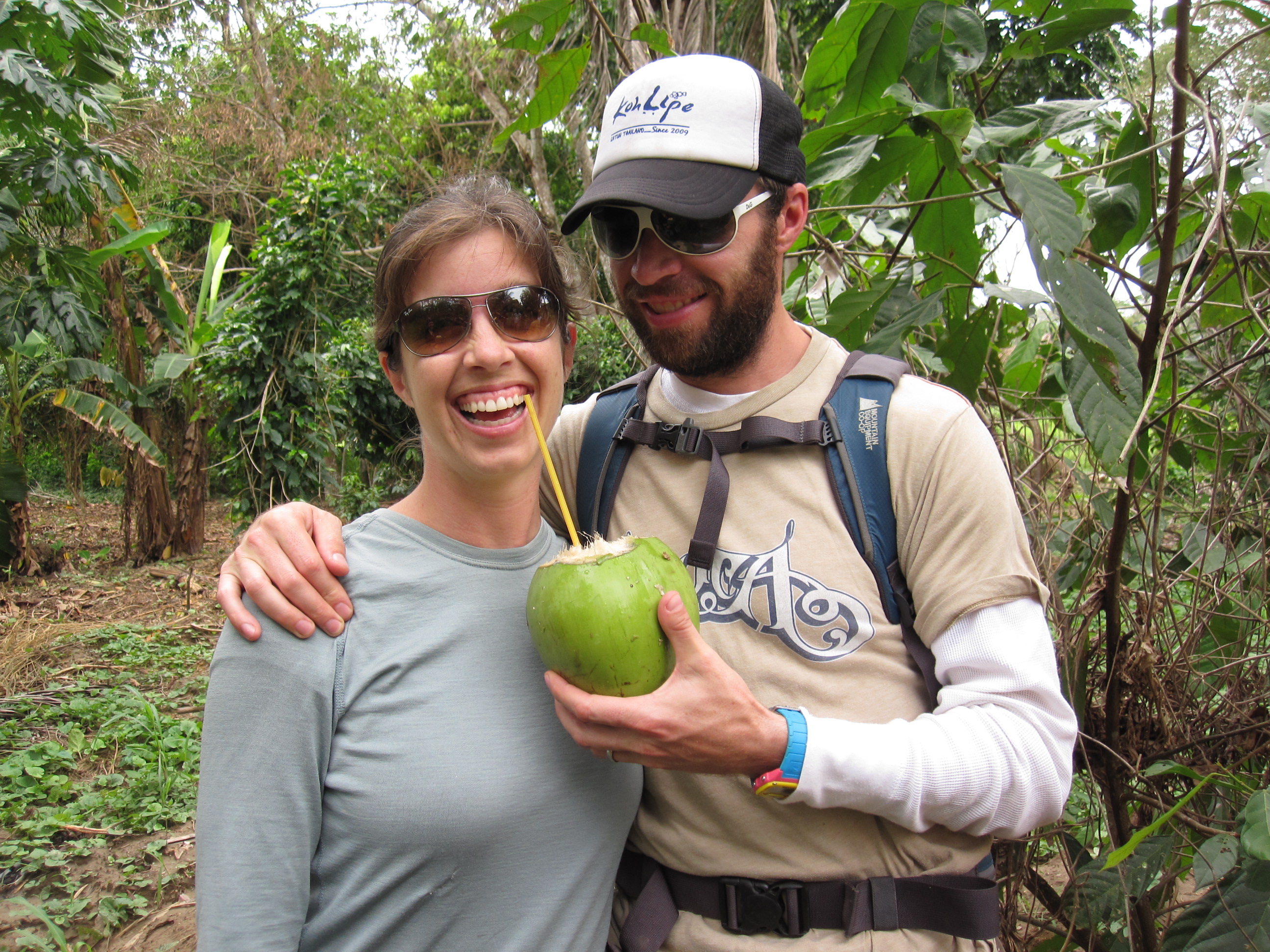 I realize, however, that I’m sounding quite negative when, overall, the trip was very enjoyable. Most of the time was spent watching the terrific scenery, taking fascinating jungle hikes and eating, considering the circumstances, some pretty amazing food. Never mind that we often had to eat it while perched precariously on the side of the steep riverbank with the hot sun beating down on us and surely laughing at my dismal attempts to eat spaghetti  with a spoon. Then, of course, there was the knowledgeable park ranger who invited us into his shack to give us an informative talk about the river, all the different protected areas and the many innovative programs designed to help the local communities both survive and thrive in harmony with the national park system. All this was explained to us as we were crowded around his table which just happened to be covered with  naked playing cards splayed out in various naughty poses for their game of jungle solitaire. Personally, I thought the lady on the 7 of Diamonds was an excellent example of sustainable growth and a carefully manicured crop. It’s the symbolism I like.

The ultimate destination of one of our extremely hot jungle hikes was a stagnant, scum-covered pond that smelled a bit like Ed Begley Jr. belching after a night of furiously licking compost. Apparently this was prime piranha fishing territory, though, so they outfitted us with some fishing line, a small hunk of beef (not unlike Sean Astin), and encouraged us to search and destroy. The next half an hour resulted in an extremely lucrative haul…..for the piranha. Juan actually caught one, but I’m pretty sure the rest are all laying back on their couches, half asleep and groaning, as they loosen their belts and talk themselves into “just a small piece” of pie for dessert, “well, not that small”. Speaking of which, Happy Thanksgiving everyone. Not exactly celebrated around here, unless you count Laynni’s obscene hammock-worship. She is certainly thankful. And slothful. And happy. And motionless.

The whole adventure was eventually capped off by the somewhat incongruous addition of zip lining. Very cool – 8 platforms set high up in the jungle canopy where we flew, or “zipped” if you will, from tree to tree at warp speed, set up the way Tarzan probably would have if he had hung around long enough to come into some big treaty money. 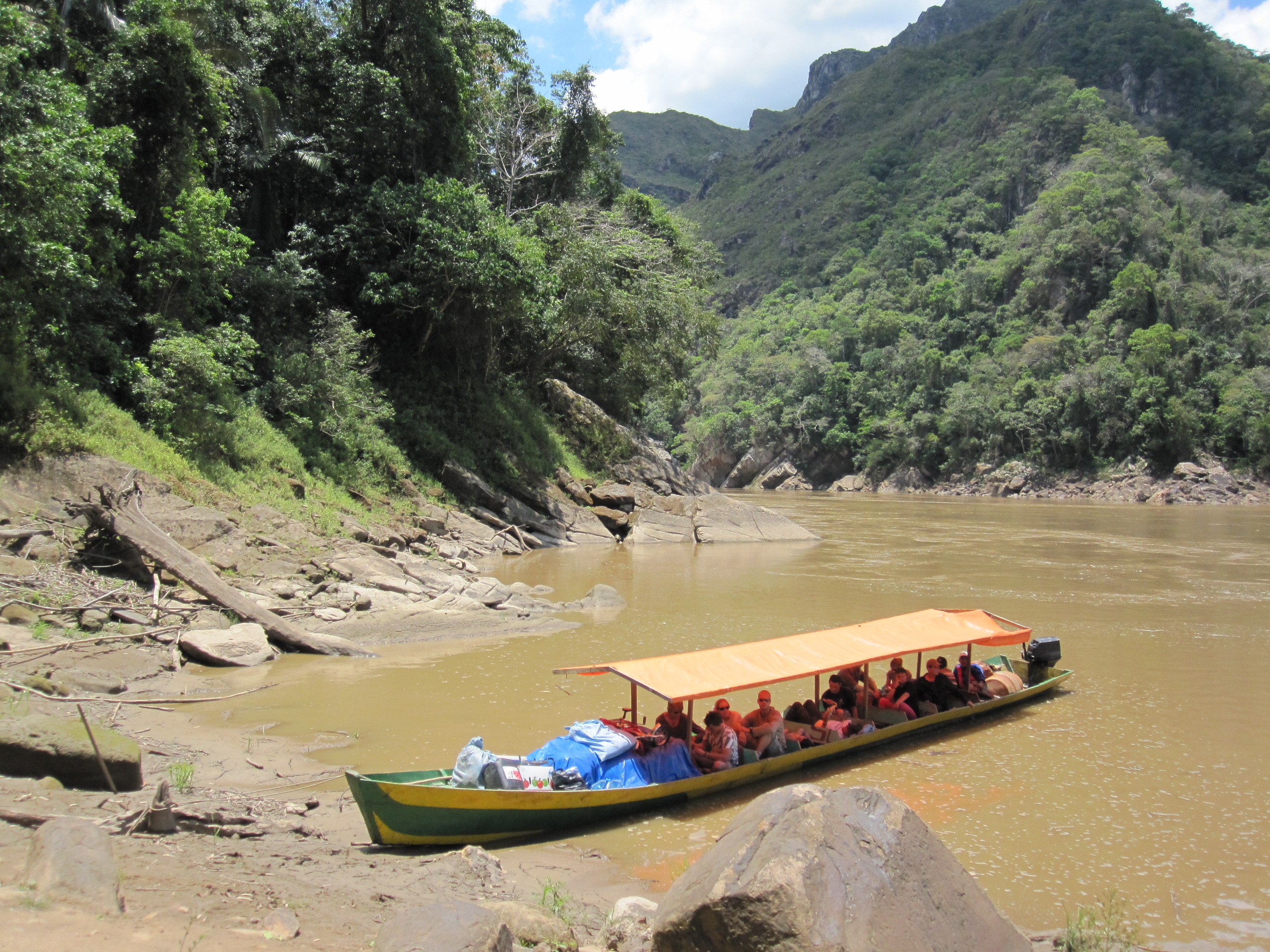 All in all, a successful journey. Not as completely alone and isolated as, say, someone surfingwww.oklahomatourism.com, but still pretty quiet. More like being part of a small crowd watching a female standup and trying to get drunk enough to laugh. And now we are in the, you guessed it, laid-back jungle town of Rurrenabaque where, for the first time in over a month, we are back down at an altitude actually suitable for humans instead of just mules and women in jaunty hats. Incidentally, that also means the temperature is once more in line with our relative latitude, with yesterday closing in on 35C, around 40C when you factor in the humidity. Nice to be warm, but tough to get motivated. Which is partially why we have once again opted for leisure over living, forgoing a further foray into the nearby Pampas on a standard 3 day tour where you get to see loads of different wildlife, spend multiple hours unprotected from the vengeful sun and share a room with a number of complete strangers. Although, if we were to be truly honest, our decision was probably made the moment we walked into our hotel and caught sight of the spacious, plant-filled courtyard tastefully focused around 5 large, luxurious hammocks lined up in the shade, swaying invitingly from side to side in the breeze. Laynni’s knees nearly buckled with pleasure like she was a cowboy discovering Wranglers that don’t creep up into your ass. I knew at that moment it was going to almost as hard to pry her out of here as it was that time we visited the All-You-Can-Eat International Butter Festival.

Either way, the only part of the tour I was really looking forward to was swimming in the river with the pink dolphins. Apparently they are friendly enough to swim with yet bad-ass enough to scare off the piranha and alligators (unless you have bleeding sores, according to the brochure). I always thought we’d get along pretty good, you know, like they might actually want to hang out with me and shit. As long as I didn’t start talking football.

So, a few days of nuttin’, then back up to chilly La Paz. Talk to you then. 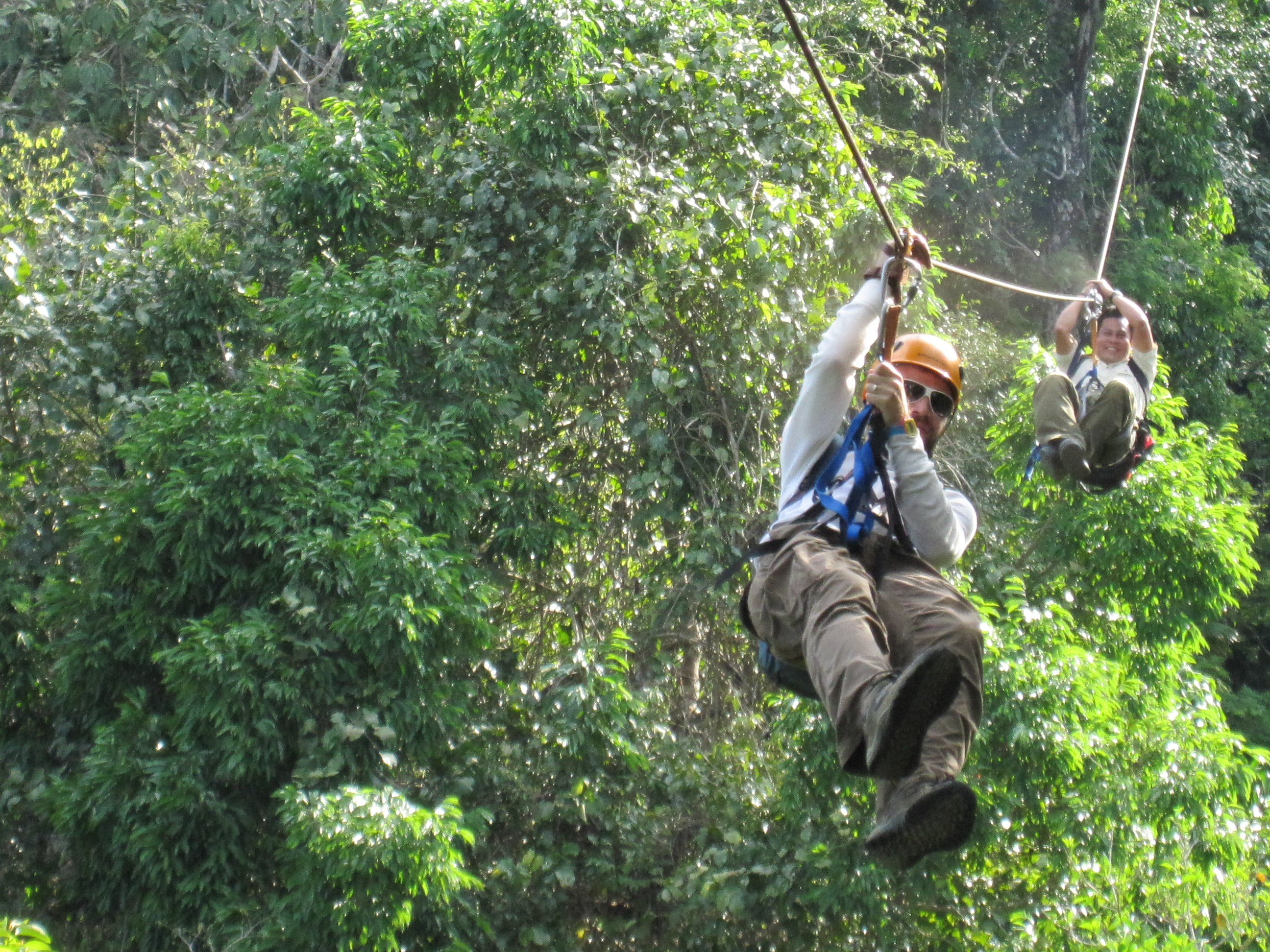 Rurrenabaque, Bolivia – A Canadian woman is up in arms over the latest edition of the Dean Johnston Essential Travel Gear Rankings, where she fell behind earplugs to drop to #3 on her husband’s renowned list of travel necessities.

“I don’t know why she’s surprised, to be honest. I mean, at least 2 out of every 3 nights the only things standing between me and a sleepless night of listening to tinny Latin music, honking buses and pre-pubescent roosters are my earplugs. On the other hand, while I value her company and appreciate the way her rudimentary card-playing skills bolster my ego, I could probably fill a sleeping bag with of rice and used tissues, put it in a hammock, give it a little push, and my daily routine wouldn’t actually change all that much.”

Both her and the earplugs continued to rank well behind the incumbent leader – Backup Toilet Paper – but only barely managed to hold off a late push by Pubic Scissors. 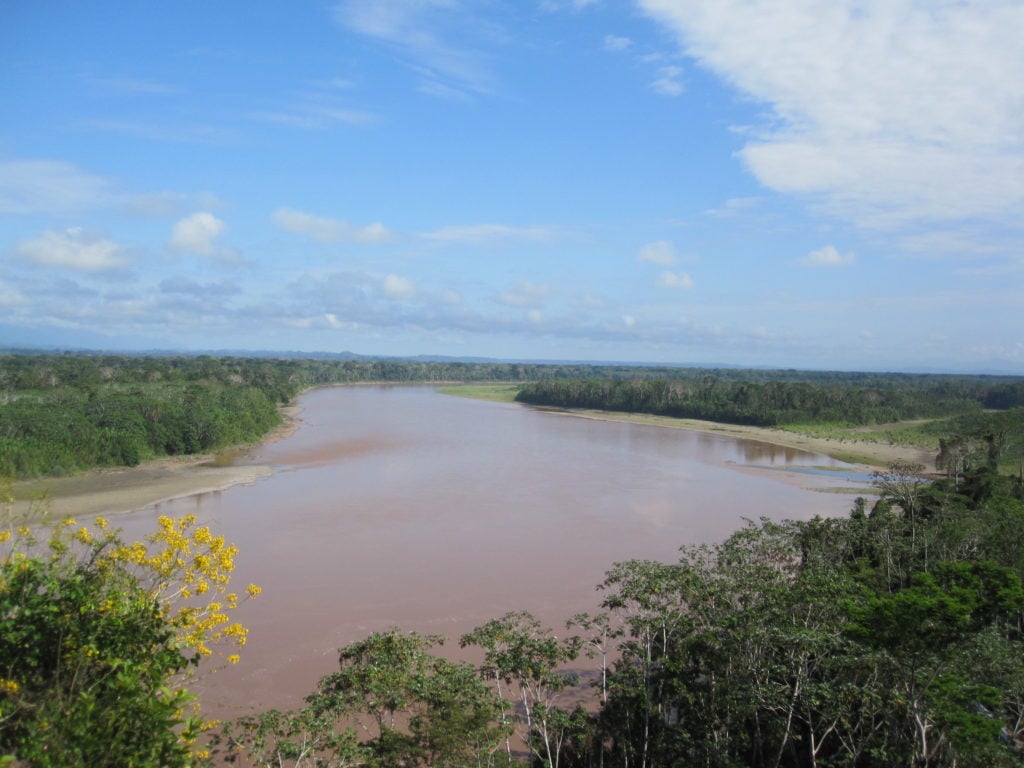 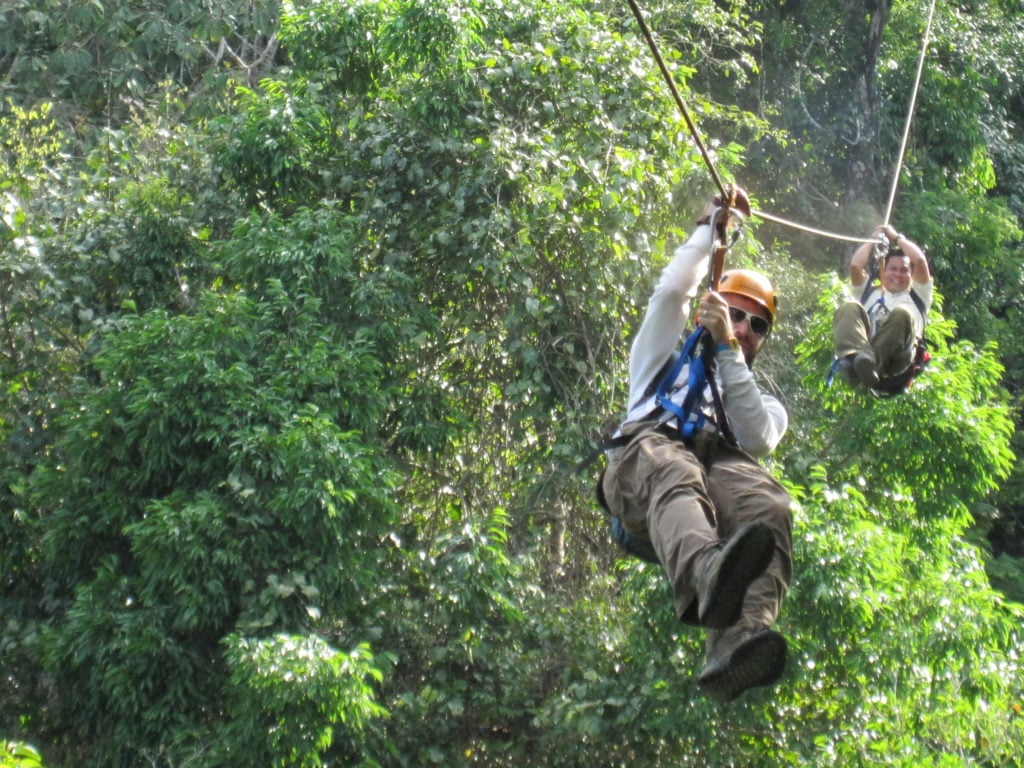 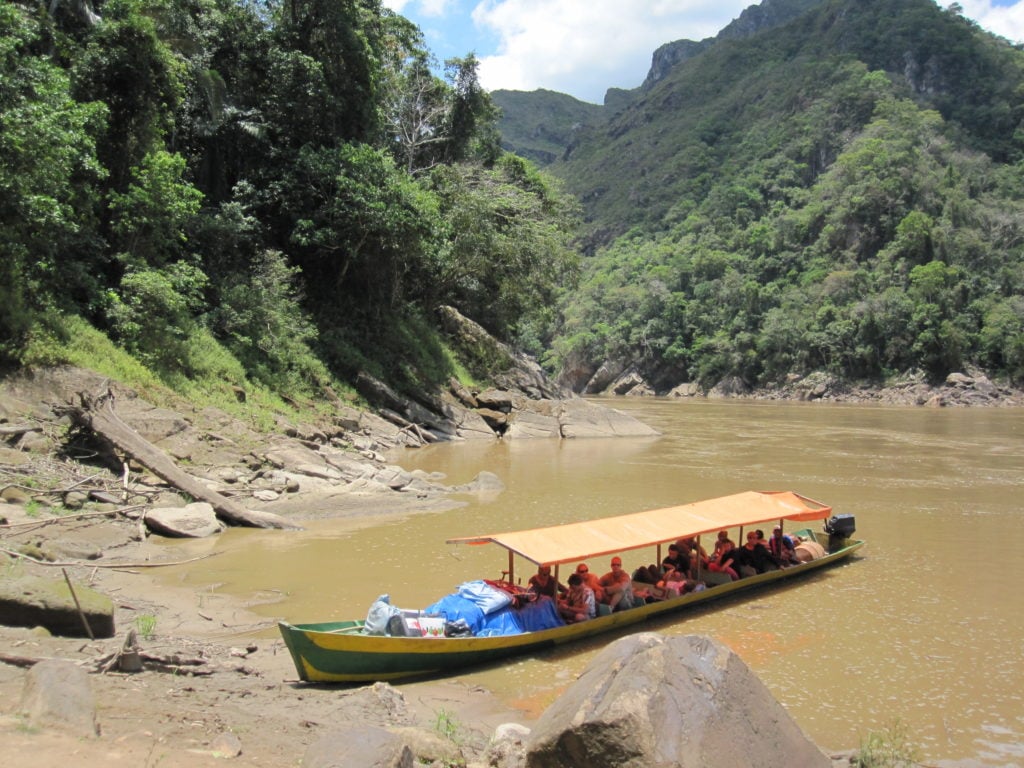 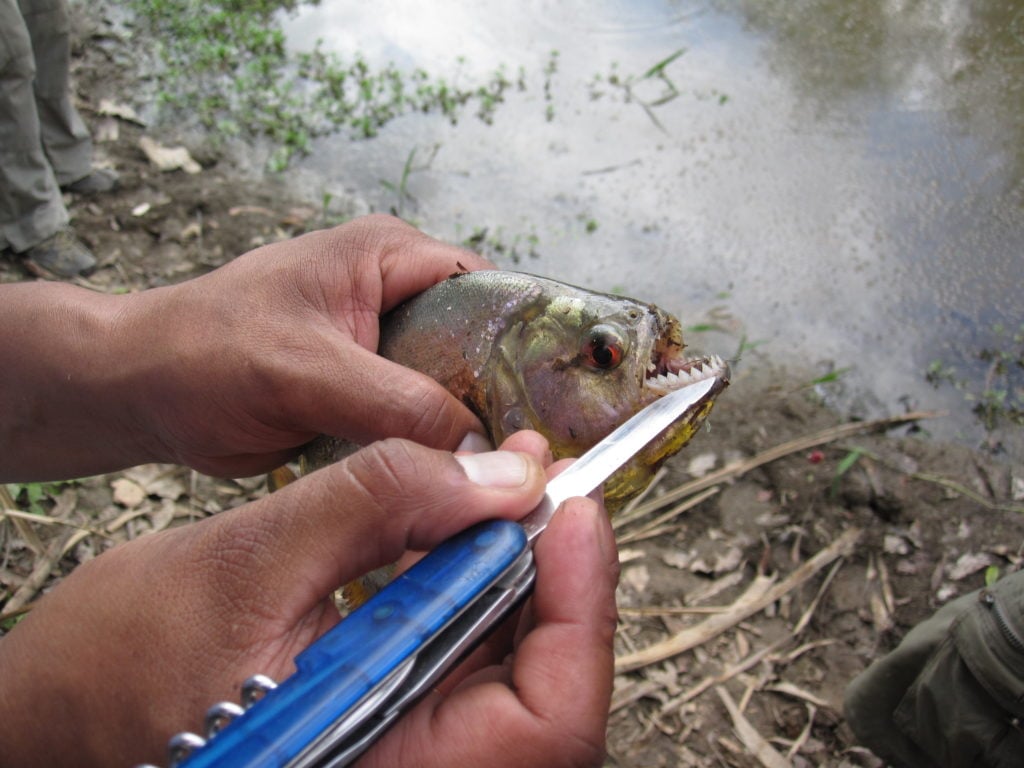 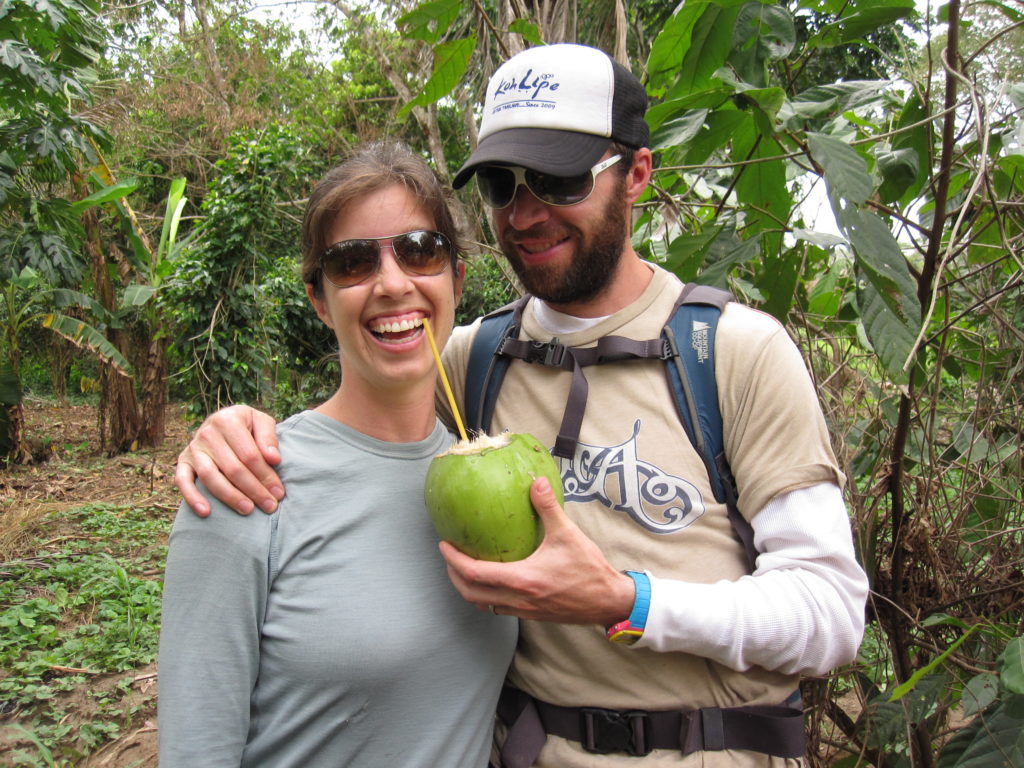 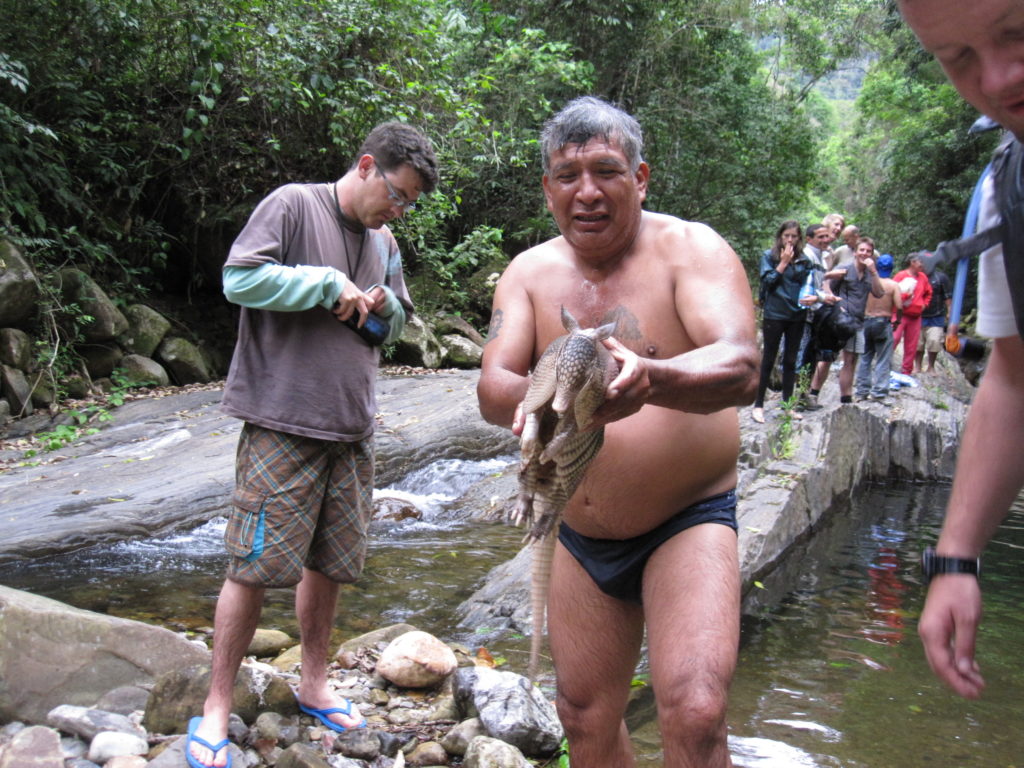 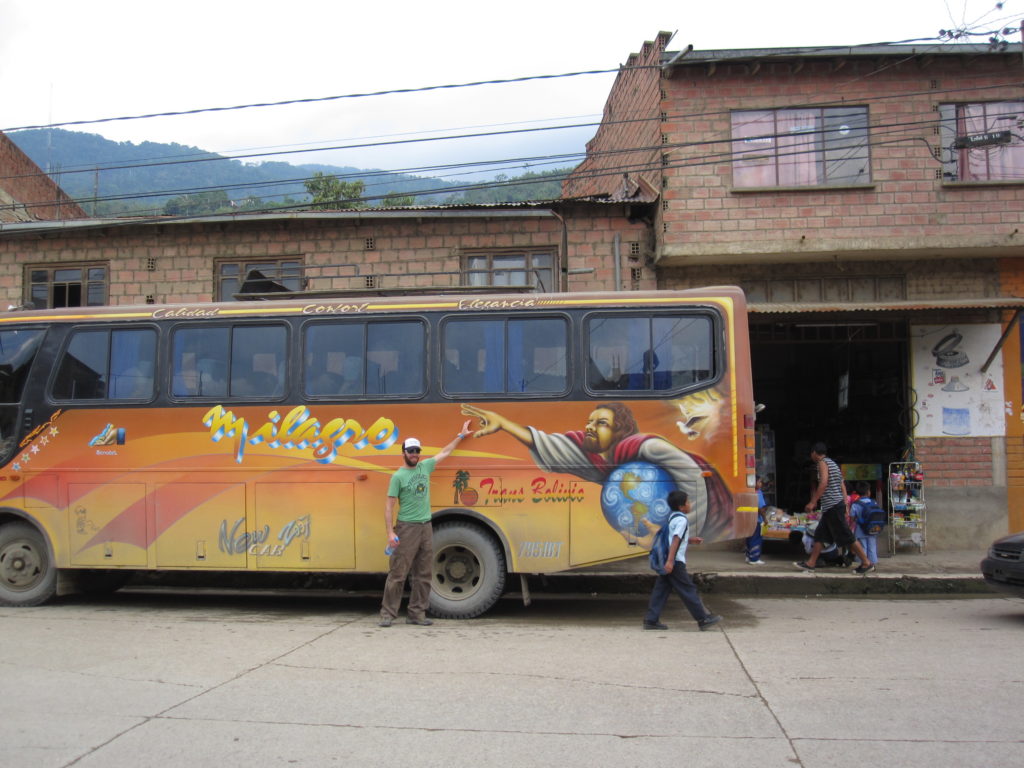