Fortified by a night of air-con and more greasy pizza than you’d find on the floor of a dorm room in a cheesy spring break movie, we embarked on a day we fully expected to involve considerably more pain than gain – trying to get all the way from San Miguel, El Salvador to Somoto Canyon, Nicaragua, with the minor inconvenience of a chunk of southern Honduras standing in the way. All in all, though, it went as well as we could have hoped, considering we spent time on seven different vehicles, crossed two borders (a personal first for land travel) and discovered the secret of relentless staring, all over the course of eight hours. By the end of the day our asses felt like re-heated beet goulash but, on the bright side, our longest wait in between changes was only about 45 minutes and things took a serious turn in our favour when we ran into the guy selling pre-popped microwave popcorn on the bus in Choluteca (and every town in Honduras after that – unfortunately we have not seen it in Nicaragua yet).

Somoto is yet another fairly small mountain town, this time, however, well-known for a wildly scenic canyon that was apparently only “discovered” seven years ago (translation: point in time where locals realized tourists would pay handsomely to have their picture taken in it). As far as canyons go, Somoto Canyon is is somewhat unique since instead of the usual tame hike along the edge, taking photos and looking glassy-eyed while listening to the guide talk about the local flora, this one actually involves a good amount of time spent scrambling over rocks, swimming downstream and shivering, both from the cold water and while preparing to jump from a rock ledge. A very cool experience, despite the mysterious weakness that crept into our knees as we stood high above the water trying to muster up the courage to leap off into, hopefully, the small pool of deep water below. It never looks as high until you’ve climbed up, then realized you’re stuck between going against every instinct of self-preservation (like Adam Sandler doing a live interview) or facing an even more dangerous climb back down the wet rocks looking shamefaced like the time you knocked up the Sbarro girl during your 4 hour layover in Minneapolis. As you can see by the pictures, though, we did jump. What you can’t see, and could never prove, is whether or not we wet ourselves on the way down. 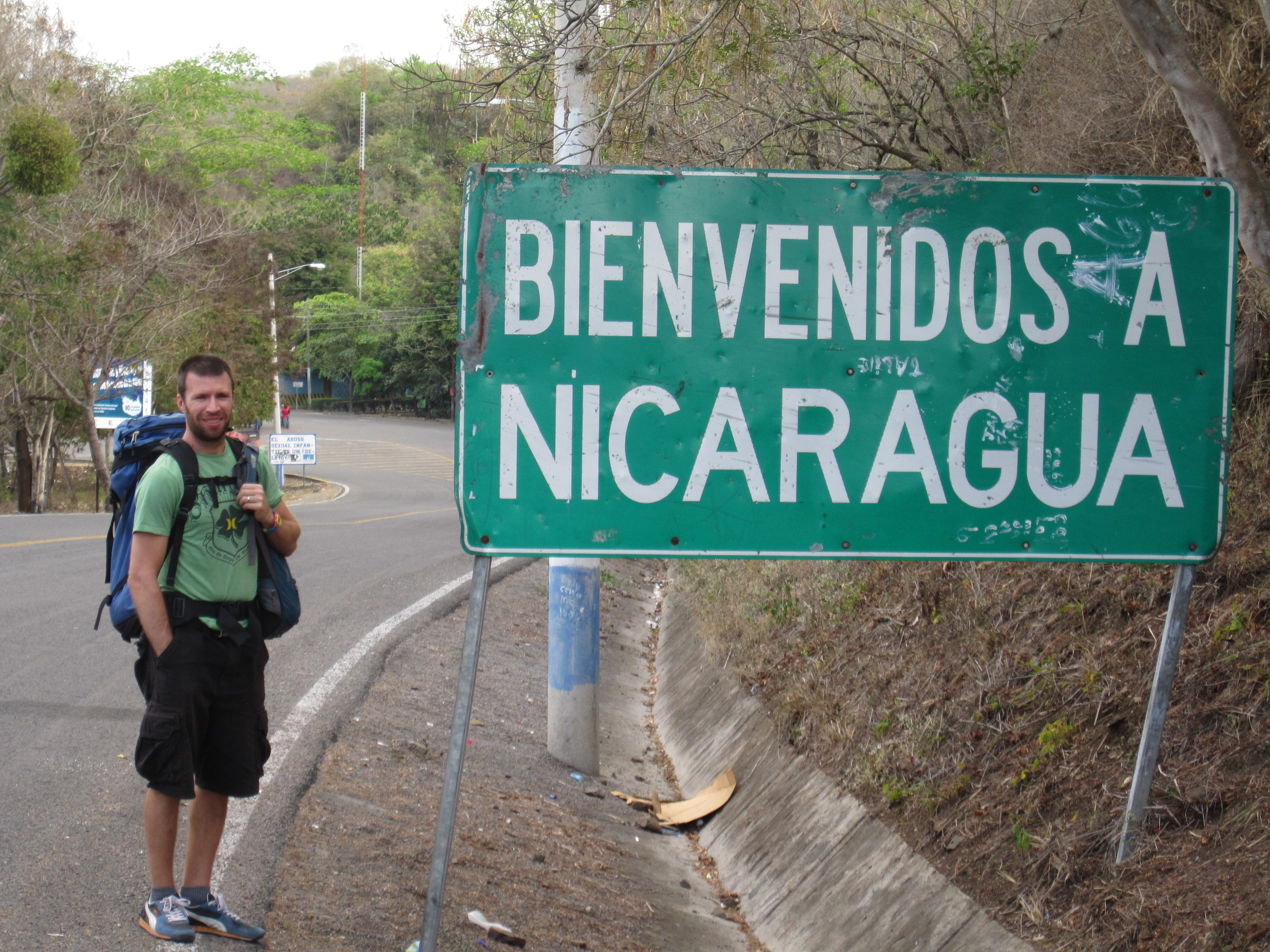 Since our limited imaginations were unable to devise any further ways to occupy our time in Somoto, soon after returning from the canyon we packed up and almost headed for the bus station

. Just a quick stop at this bar I’d heard about that juuust might be showing a certain little soccer game, possibly something to do with Arsenal, Barcelona and the Champions League. Selfishness, thy delegate is Dean. Anyway, as luck would have it, the game was on, and it was outrageously entertaining despite the fact Arsenal got their asses handed to them by Lionel Messi and ten other guys and I had to endure two local guys heckling me mercilessly on each and every one of Messi’s four goals (Four! That’s more goals than I have pairs of clean underwear). It felt like I was in net for the Thunder again, getting lit up in frigid Hague or Shellbrook, except that these guys bought me a beer after and didn’t spit on my back.

On to Esteli, described by Lonely Planet as “Nicaragua’s next great college town”, as though other places here are already home to Princeton, Yale and the University of Regina or something. No complaints, nice enough I suppose, and a definite industry leader in both wall murals and photocopy shops. For a minute there we almost could have believed we were behind a 7-11 in Saskatoon, if only there had been a group of teenagers sharing one bike and a can of sniffing gas, and if the murals had more giant penises. Also, within 5 minutes at what was probably the only place in town that could be described as a backpacker hangout (Café la Luna) we ran into this girl we had met briefly in Guatemala who, as far as we know, is the only person we know that lives in Nicaragua. It’s just that kind of town, I guess. Most of the highlights around Esteli involve staying on or near working farms where you partake in hiking, bird watching and, in some cases, even pay for the privilege of cooking breakfast, weeding the garden or milking the cows. Not surprisingly, it didn’t take long to talk ourselves out of any and all of these otherwise wonderful opportunities, deciding they were too strenuous, too gay, too skilled, too hard on my sensitive typing hands, and too bovine-erotic, respectively. Leave no excuse unturned, that’s our motto.

On our bus to Managua the following day we stopped to pick up some people on the highway, not unusual, but whatwas odd was that the driver actually got out at one point to negotiate with this group of well-dressed Nicaraguans, apparently giving a sales pitch, as opposed to the usual method of honk, then slow down ever so slightly until a screeching whistle from the driver’s helper lets him know that at the very least, your little toe has touched the first step. After playing hard to get for a little while they were eventually persuaded to get on, 2 women in practically identical jeans, high heels, ball caps and stylish little rectangle glasses, about 25 years apart within clearly the same gene pool, and one very average guy who could have been anything from a husband to a brother to some guy they hired to ride along and carry the massive quantities of food they planned to buy over the course of their 2 hour bus ride. I won’t list everything they bought (refer to Appendix I in our last entry – choose roughly ¾ of the items). Tomatoes, ok, some corn to take home, sure, a few empanadas to eat now, I get it, but honestly, just what were they planning to do with a bag of roots, 3 pig knuckles or that thing that looked like Matthew Perry’s chin?

Managua is the capital city of Nicaragua and, at nearly 1 million people, by far the largest. It is well known for its unnamed streets, choking pollution and violent crime but, thankfully, not for using way too much mayonnaise, or gang rape. Well worth the gamble to extend our visas, see a movie at the mall and catch a flight to the islands. It’s a dead heat as to what was more frightening – the migracion centre’s visa extension process, or the way the years have treated Mel Gibson.

Finally, as I may have mentioned last time, we are now relaxing in the Corn Islands, trading in hotels, buses and a constant coating of sweat for beachfront cabanas, hammocks and not wearing underwear. It feels like a Sweet Sixteen party in Malibu. 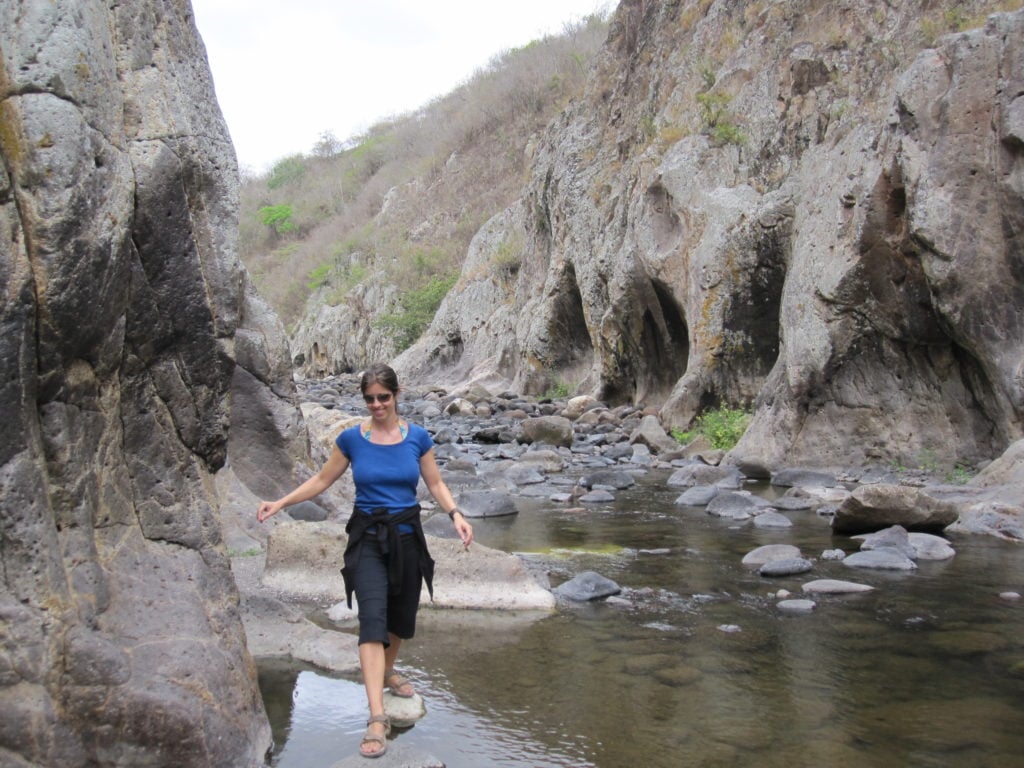 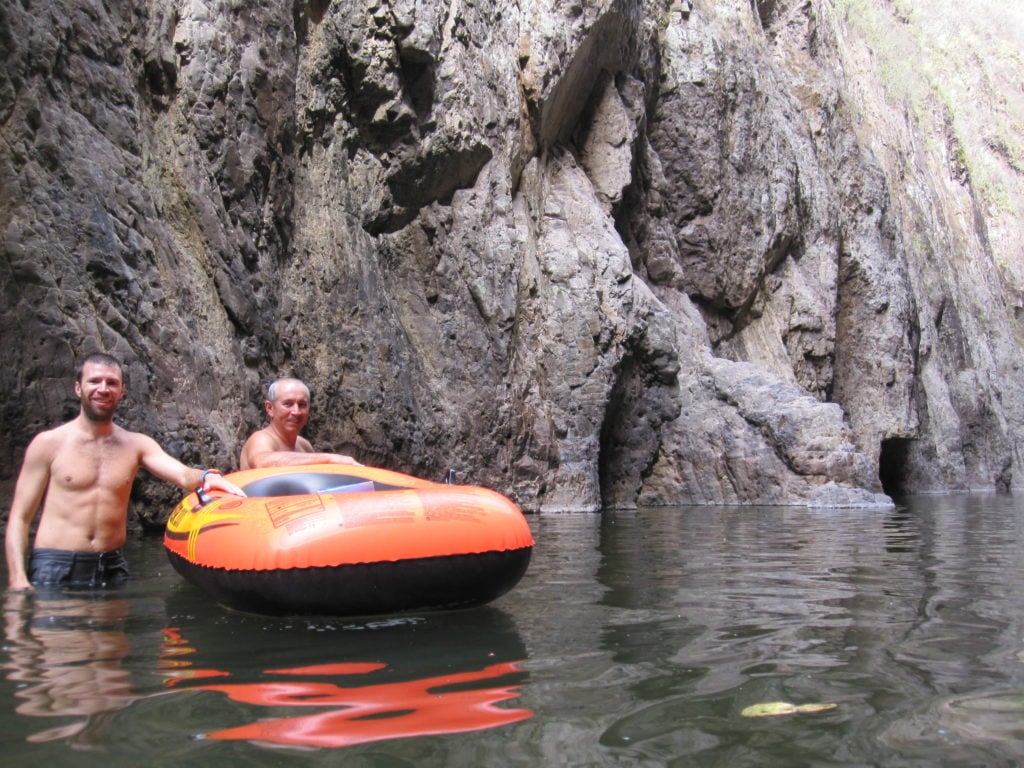 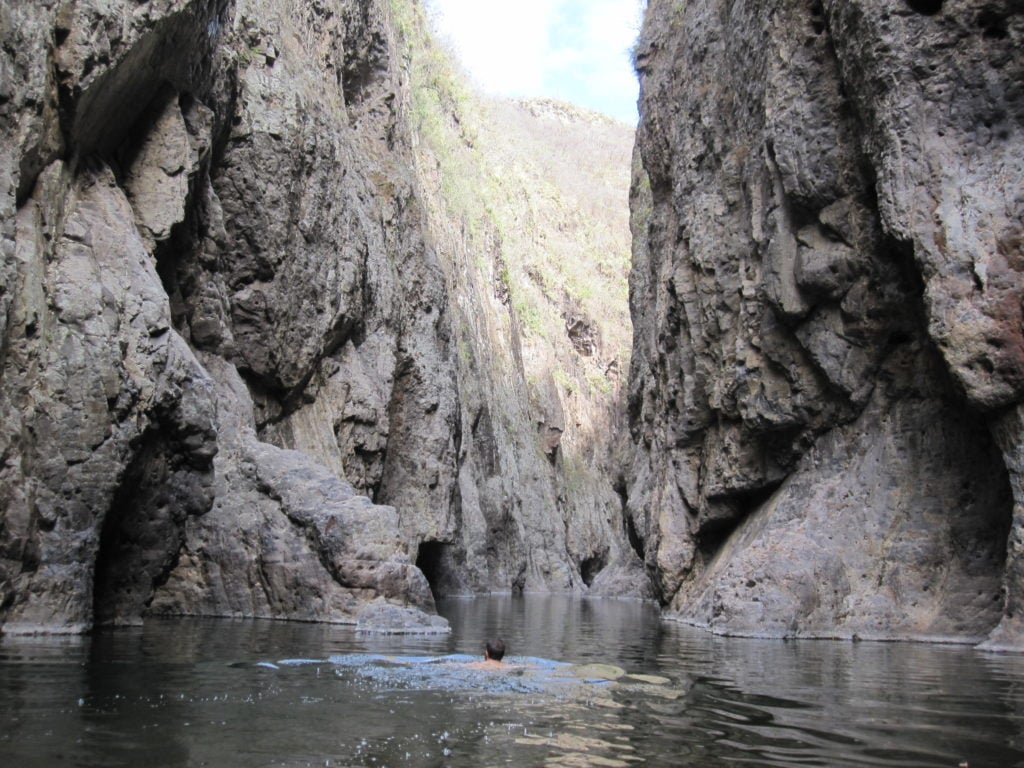 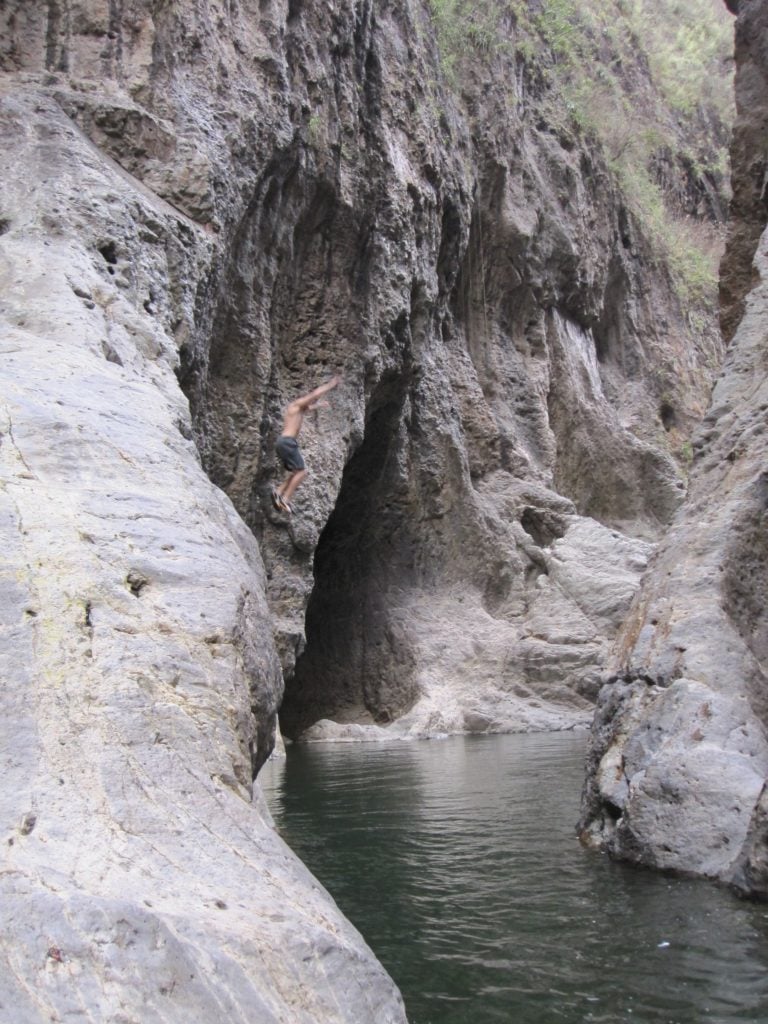 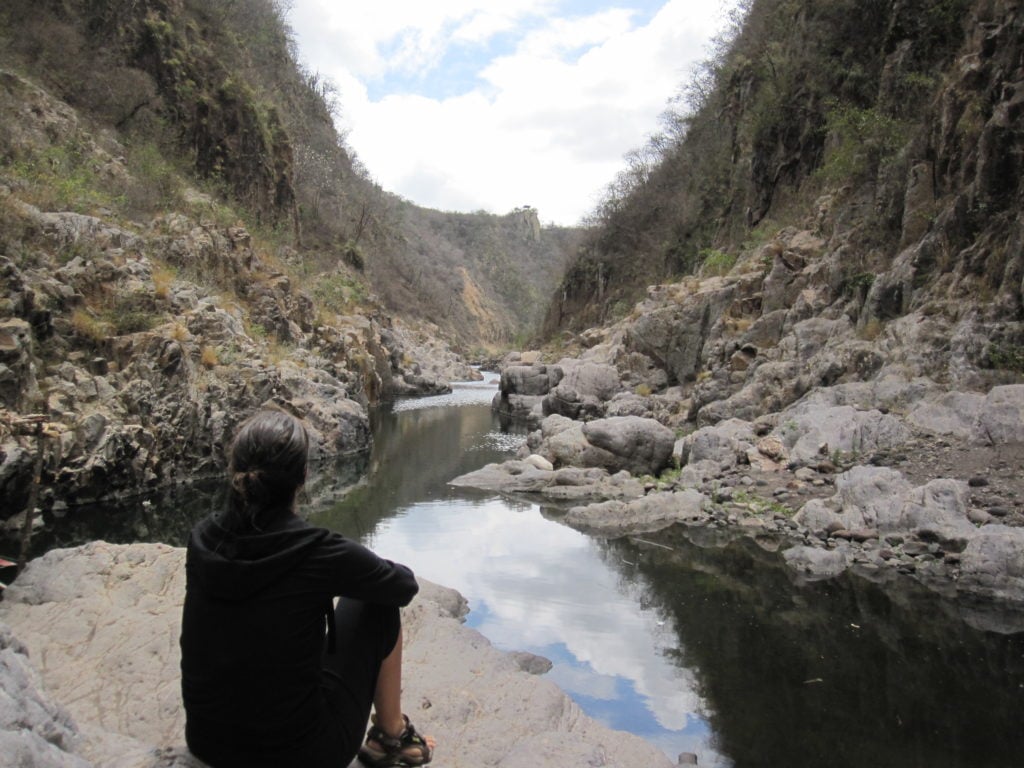 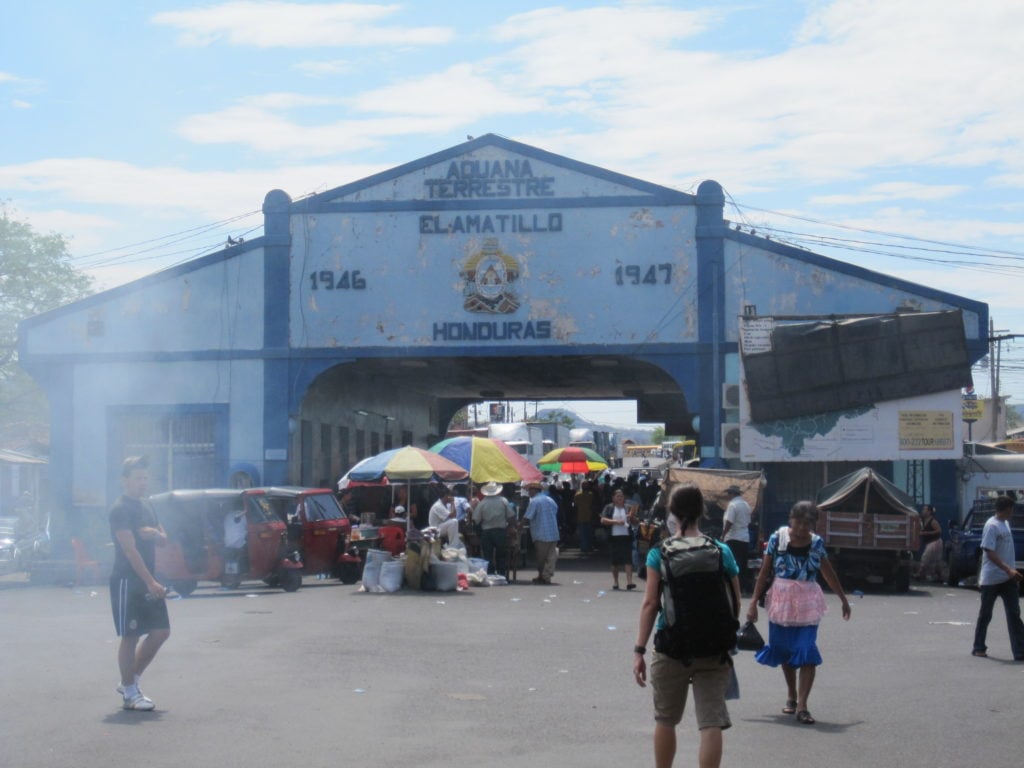 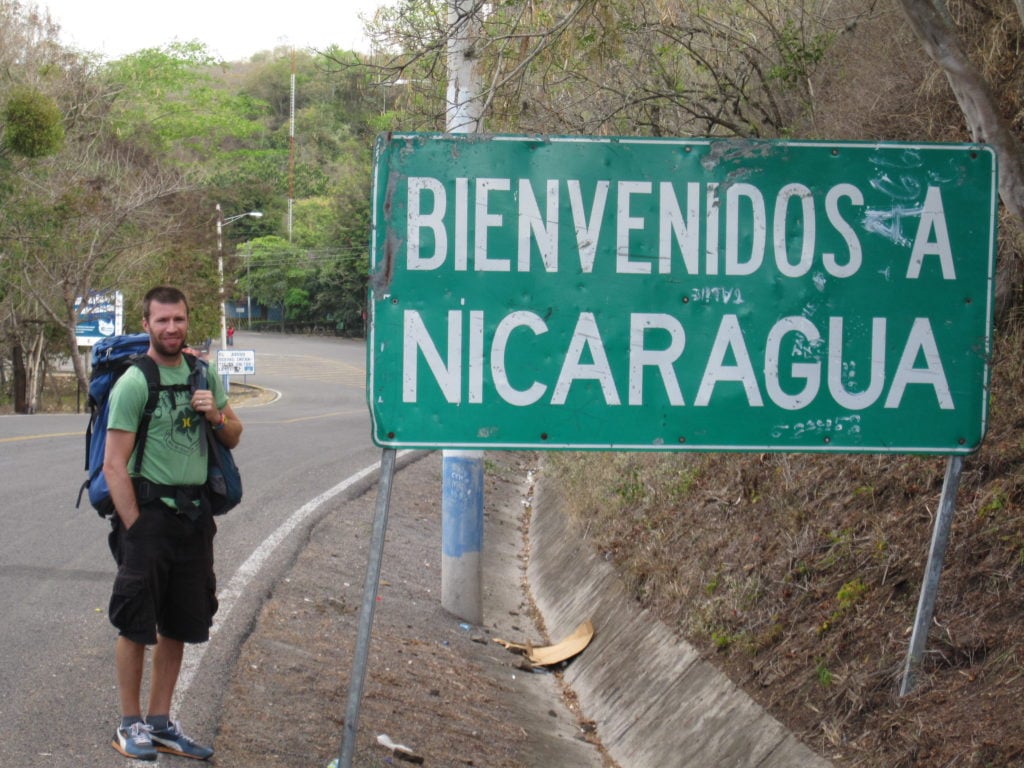 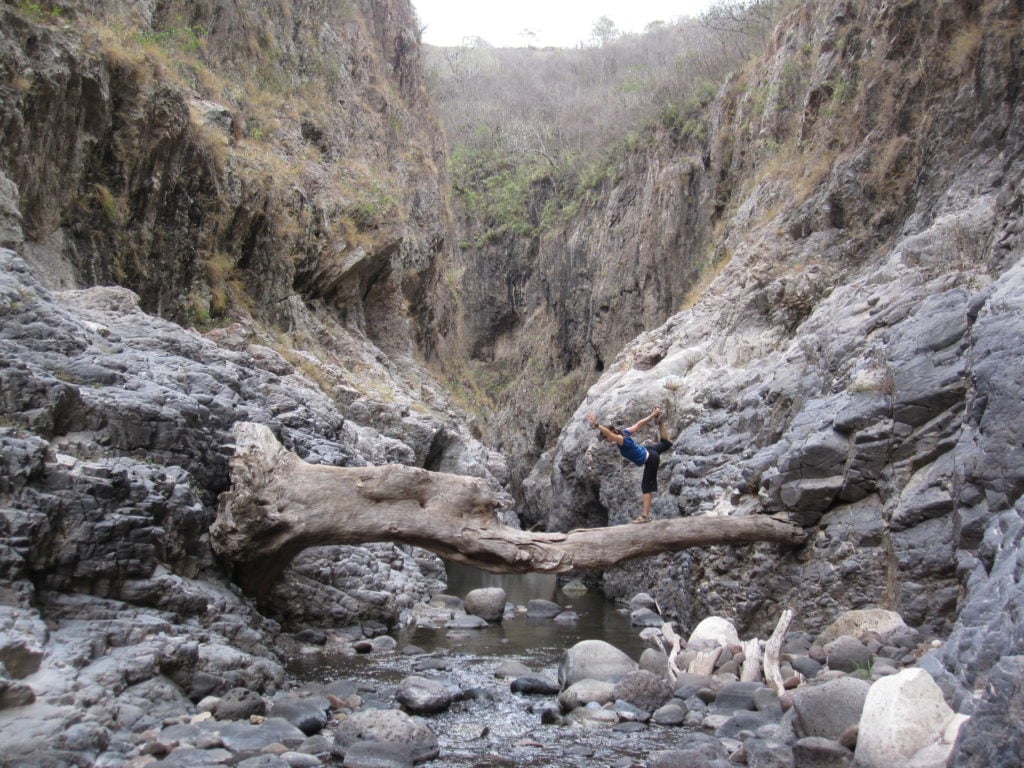