Despite the best efforts of Syrian Immigration and a border crossing seemingly designed by group consensus at 4 am on Rennie’s couch we somehow managed to gain entry to Syria. Their tourism motto appears to be “We want your money but we’re still going to play hard to get.” A straight shot to Damascus after that, though, where we were promptly ripped off by our first Syrian cab driver (always love that first ride when you have no idea what a reasonable price is), although at least he was  very friendly and helpful, probably thanks in part to his exciting financial windfall. He dropped us at the international school in Damascus where we were to meet up with Sheena and Barry Nabholz, friends of one of Laynni’s work friends (Kelly Froehlich). We also just happened to arrive as the Director of the school was leaving and he offered to walk us to their apartment. It was like we were visiting royalty or something. Or an undesirable security risk.

Anyway, Sheena and Barry graciously offered to put us up, show us around and provide cereal. My personal Travel Trifecta. We all spent a day wandering the Old City, checking out shops and perusing carpets. Luckily Laynni agreed, reluctantly, that a 6 x 8 carpet would not quite fit down the back of her backpack. Instead she did her best to convince Sheena to buy another one so as to enjoy the satisfaction vicariously. Didn’t quite happen, yet, but the seed has been firmly planted. Remember, it’s really just a good investment….

Our stay in Damascus couldn’t have been more different from the rest of our trip so far, with new experiences piled on top of each other like lonely men on a deserted island. Burgers, cereal (did I mention that already?), a party consisting entirely of people who speak English (teachers, unfortunately, but still….) and the long overdue opportunity to sit on a couch. Yep, doesn’t get much better than BBQ, beer and a late night session of “cock-rocking”. Don’t worry, that involves a lot more air guitar than whatever it is you’re probably thinking.

The next day Sheena got us a car and the three of us took a drive out to Maalula, a picturesque old town at the end of valley. I settled myself behind the wheel, white-knuckled (due to the Damascus traffic) and dry-mouthed (thanks to Barry’s Turkish beer). All the way there and back in one piece (both us and the car) with a final report card that reads as follows:

Took me three tries to get the right exit from the city.Received the finger from a pedestrian for my second consecutive illegal u-turn, the first time we can recall seeing anyone give the finger in the Middle East. I was like a proud new father.Spent about half an hour lost in the narrow maze-like streets of Daraa, nearly clipping mirrors and close enough to the walls to order drive-thru.Was swore at by an ambulance driver for cutting him off. All in all a pretty successful day.

After that we went off on our own for awhile, starting with the bus to Palmyra. Got off to an inauspicious start, stepping down to the sidewalk and nearly running into a huge sheep carcass hanging from branch in the process of being skinned. It glowed whitish-pink in the midday sun while the last drops of blood pooled on the cement. Still makes my mouth water just thinking about it.

Nonetheless, the Roman ruins of Palmyra were spectacular, as well as the view from the hilltop castle. The castle was a very popular spot for sunset, with a number of tour buses unloading their eager passengers. It was amusing to watch an entire group of Germans squeeze into the same tiny tower about 45 minutes before actual sunset, not daring to venture out the entire time. From the other side of the ramparts I would have sworn that 40 Helens agree – the Eastern tower rocks.

From there we headed to Hama, a friendly laid-back city famous for it’s huge groaning water wheels. We spent some time wandering along the river among picnicking families and swimming kids. At one point we surprised a group of teenage boys who had been swimming – the one poor guy down to his tightie-whities did his best to blend into the stone wall, standing stock-still with eyes wide and his hands clutched over his package.

The following day we visited the magnificient crusader castle Crac des Chevaliers. Perched impressively in the mountains along the Syrian – Lebanese border, they say you can see the Mediterranean on a clear day (which ours was not). Either way it was huge, with massive towers overlooking a functioning moat and filled with labrynthine passageways leading to such highlights as the armoury, stables, and cathedral. Not to mention the remarkably well-preserved latrines, a set of large stone pedestals lining one of the main hallways. It’s that kind of attention to detail that kept the castle from ever being fully taken. We were able to envision just how daunting it might have been for an attacking army when Laynni trotted up to the walls, clicking two rocks together in her best imitation of a warhorse.

We then completed our loop back to Damascus. In between preparing for our upcoming trip to Lebanon (details on that next time) we managed to find time to play some cards and debate the exact smell of a certain nearby tree. Barry and I continue to insist we don’t recognize it, although Laynni and Sheena have concluded that the most fitting description is “The Semen Tree”. Sheena describes it as the kind of smell that  just ‘gets stuck in the back of your throat.’ 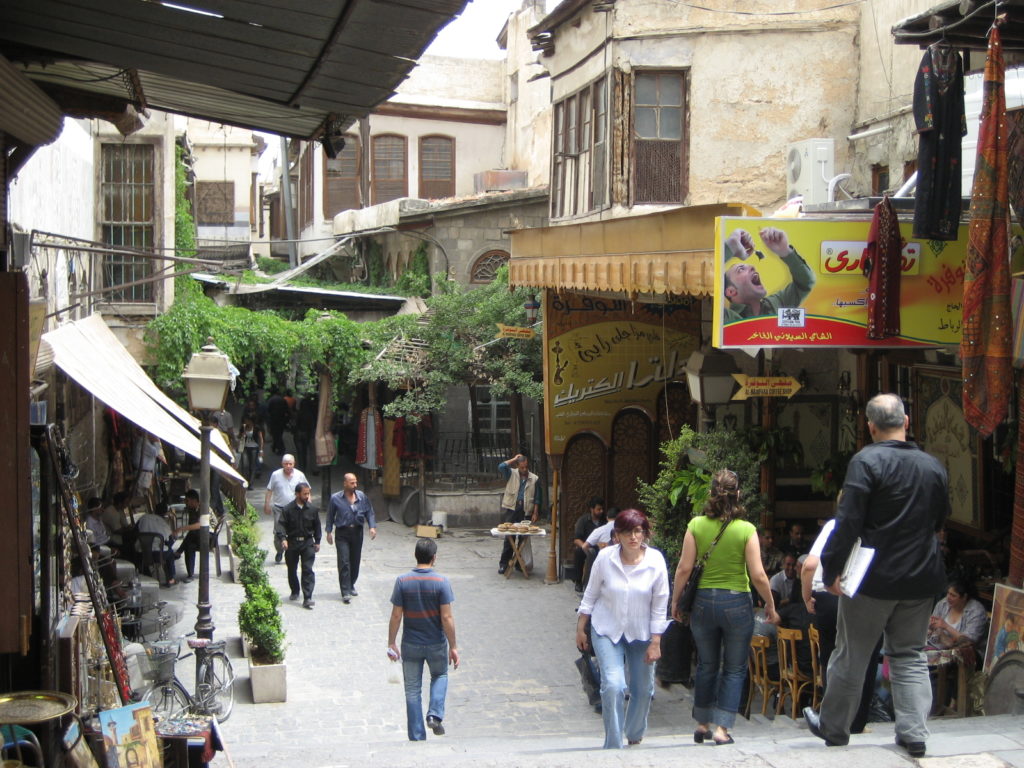 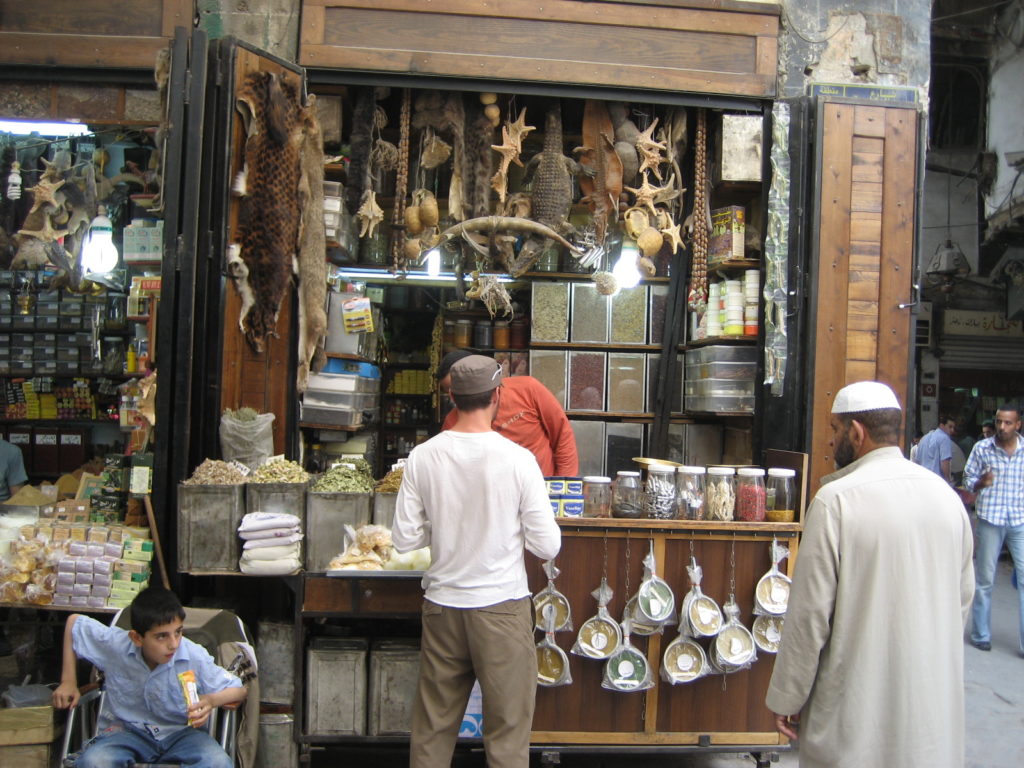 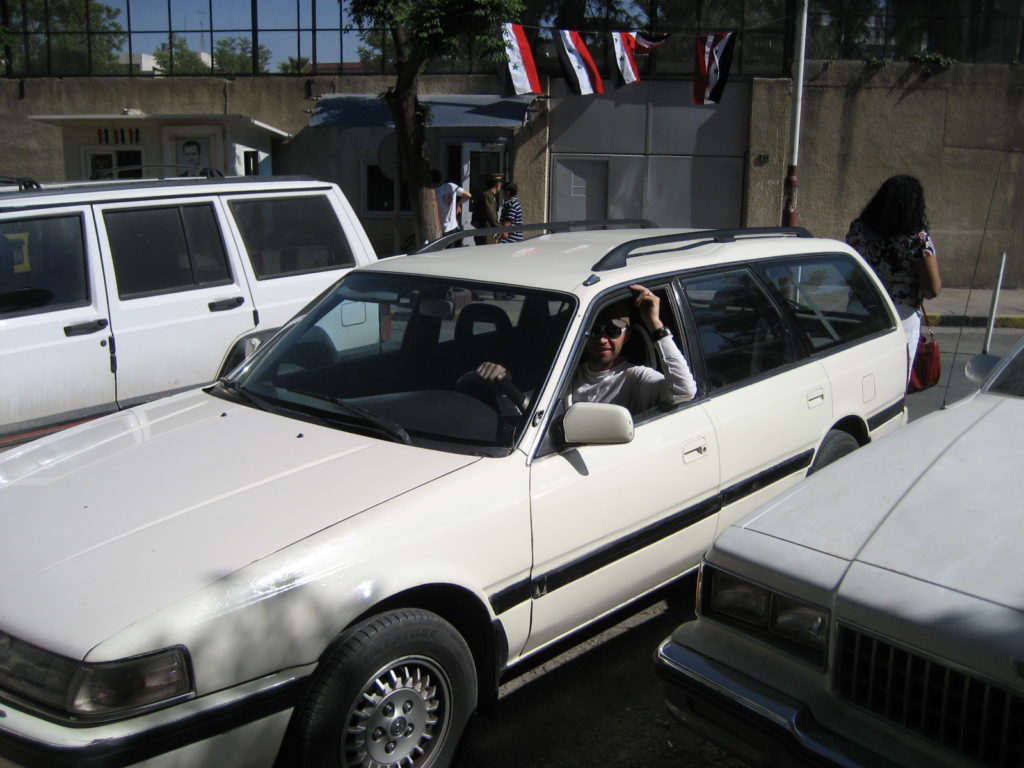 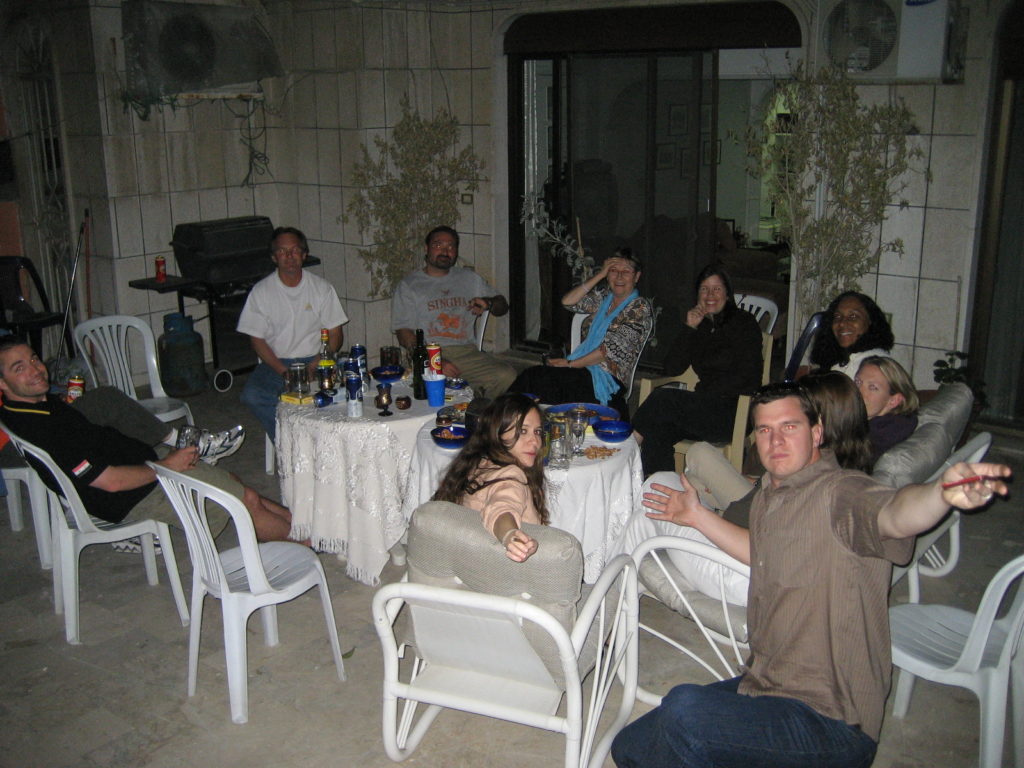 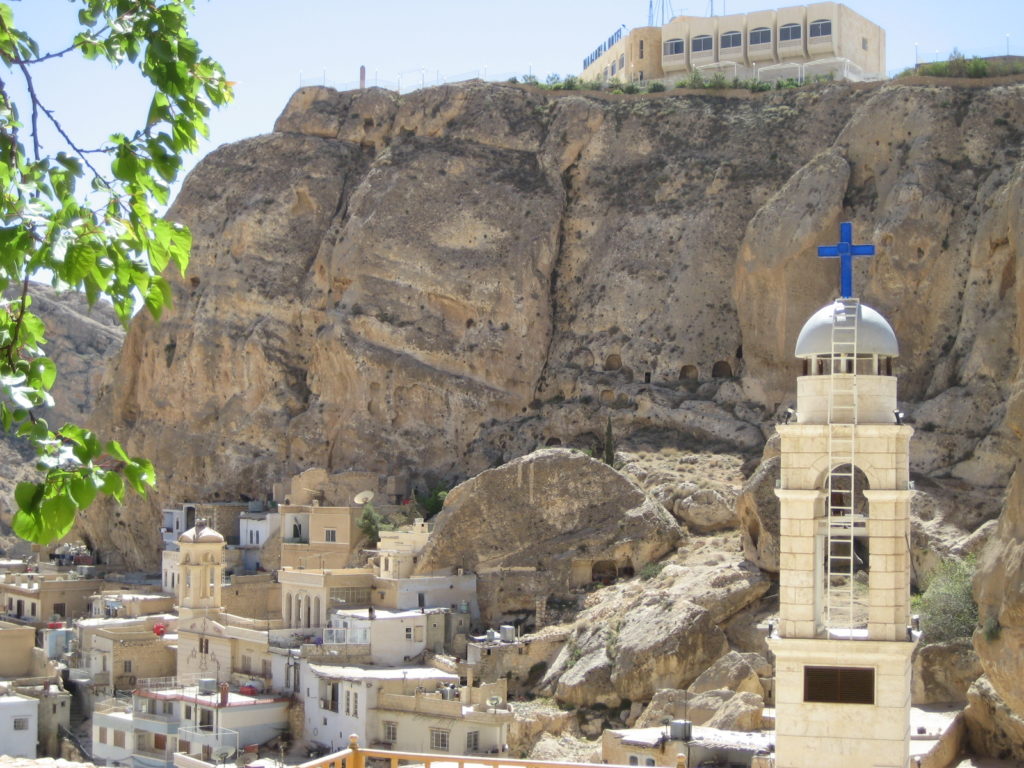 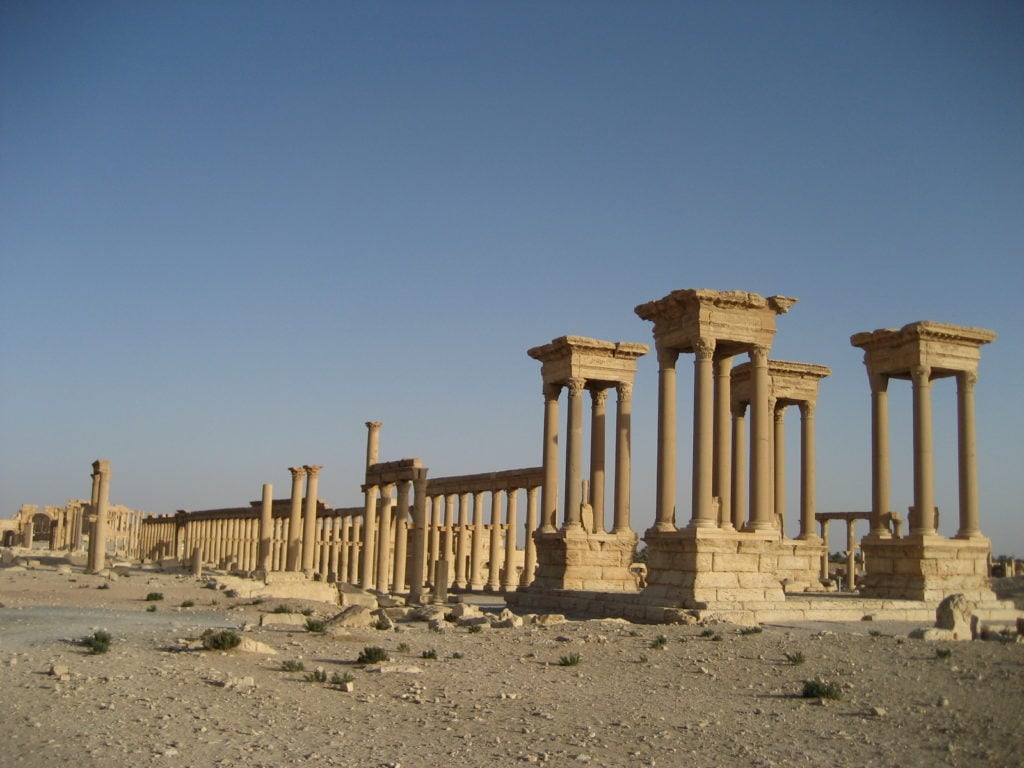 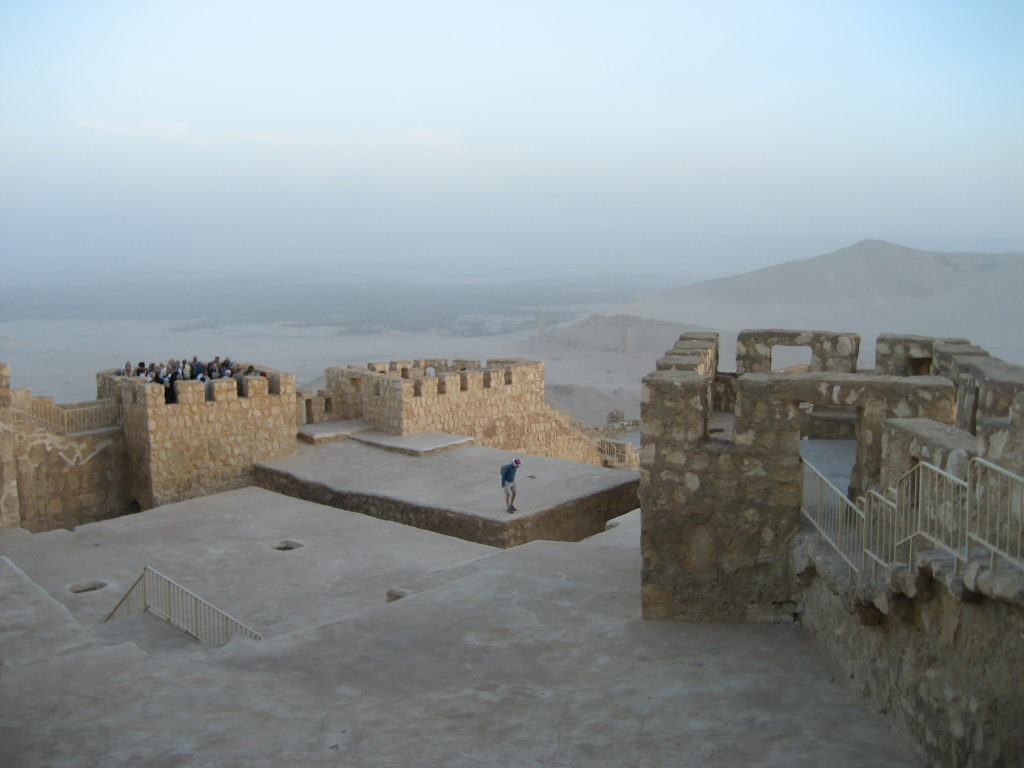 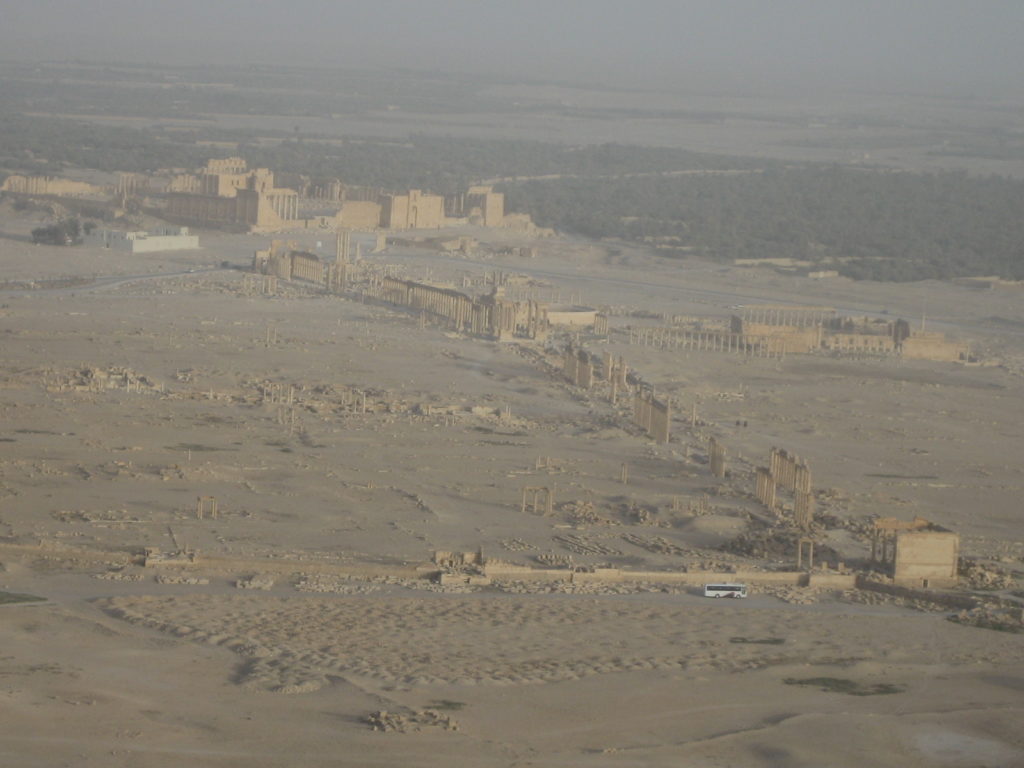 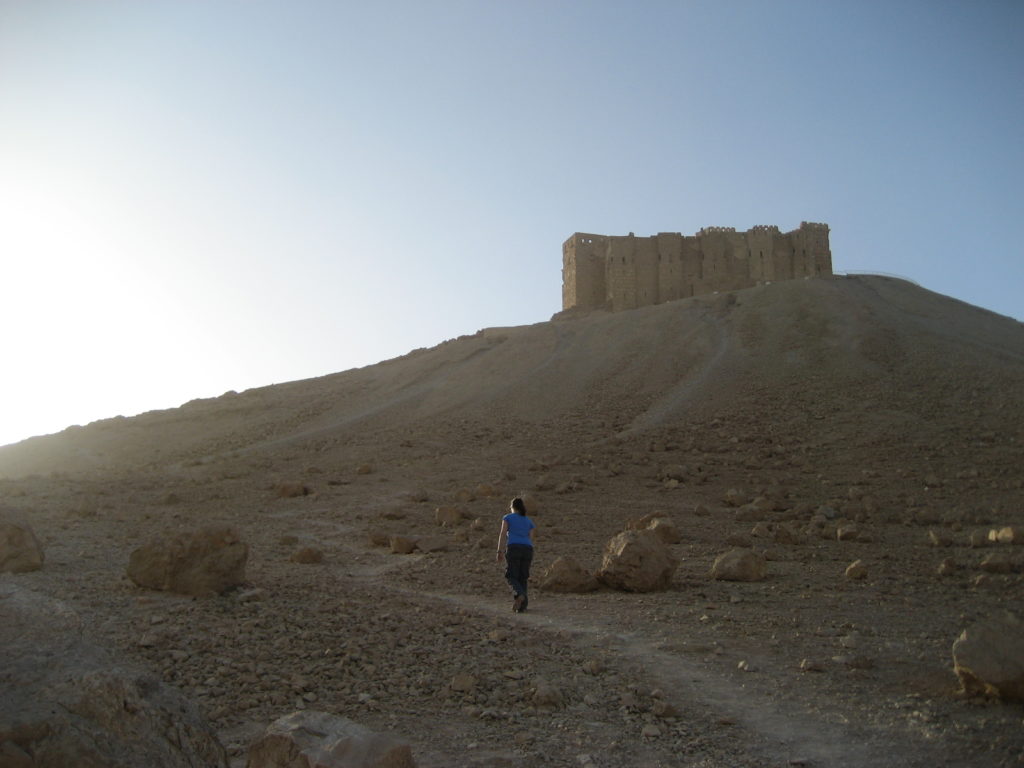 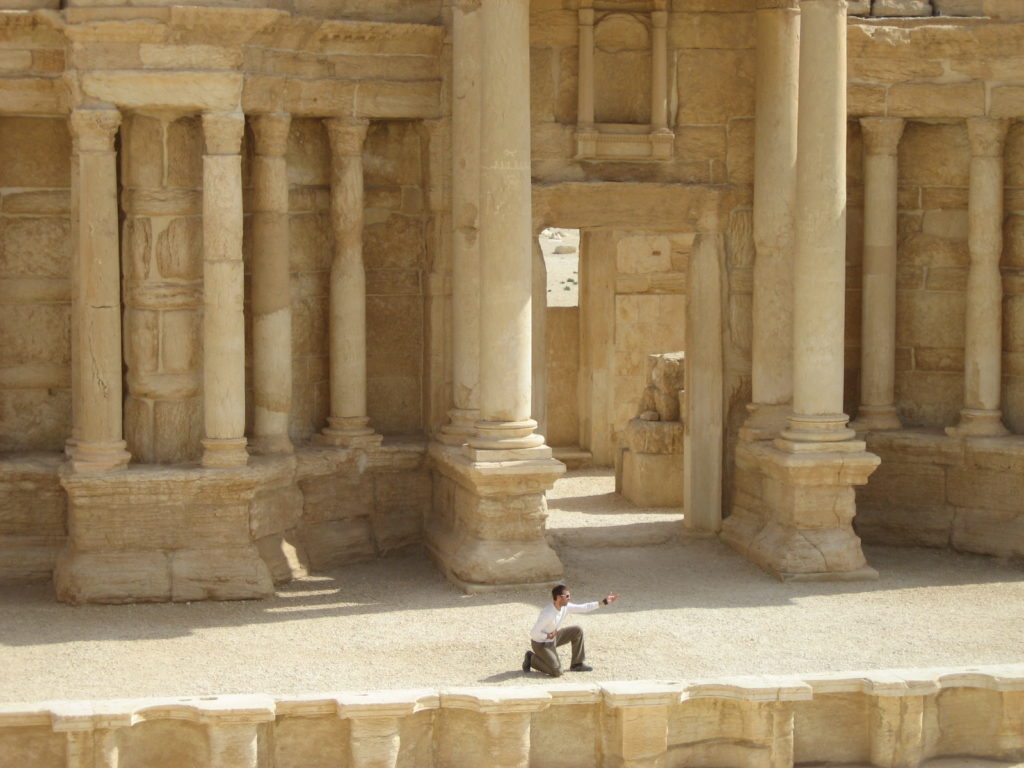 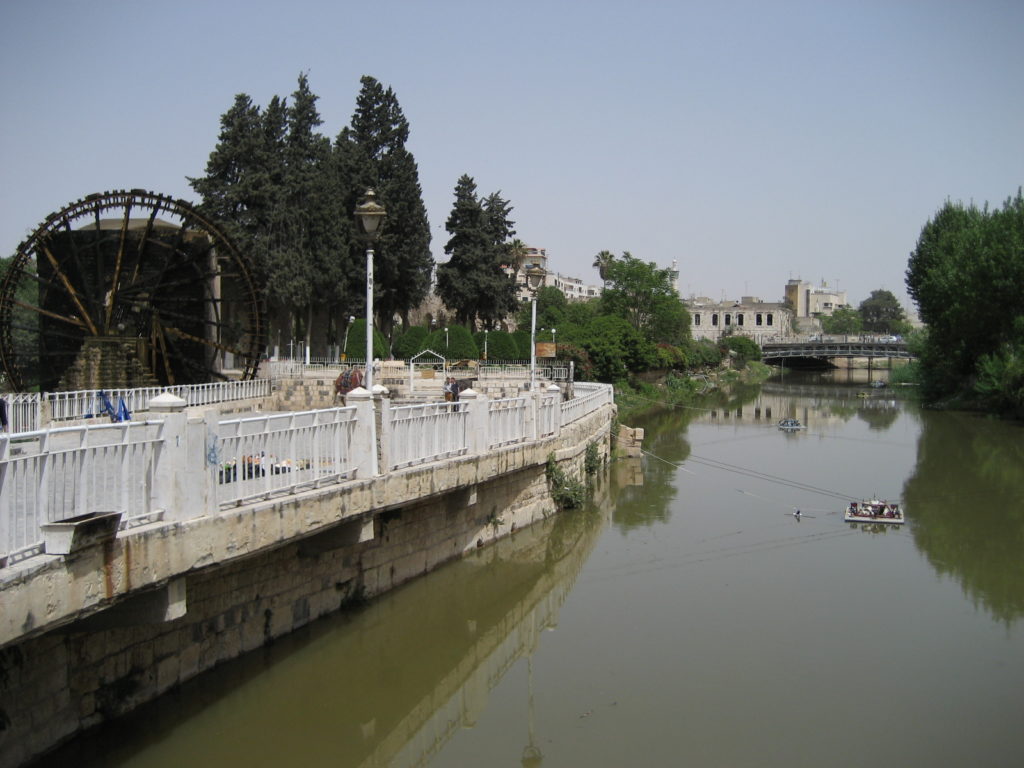 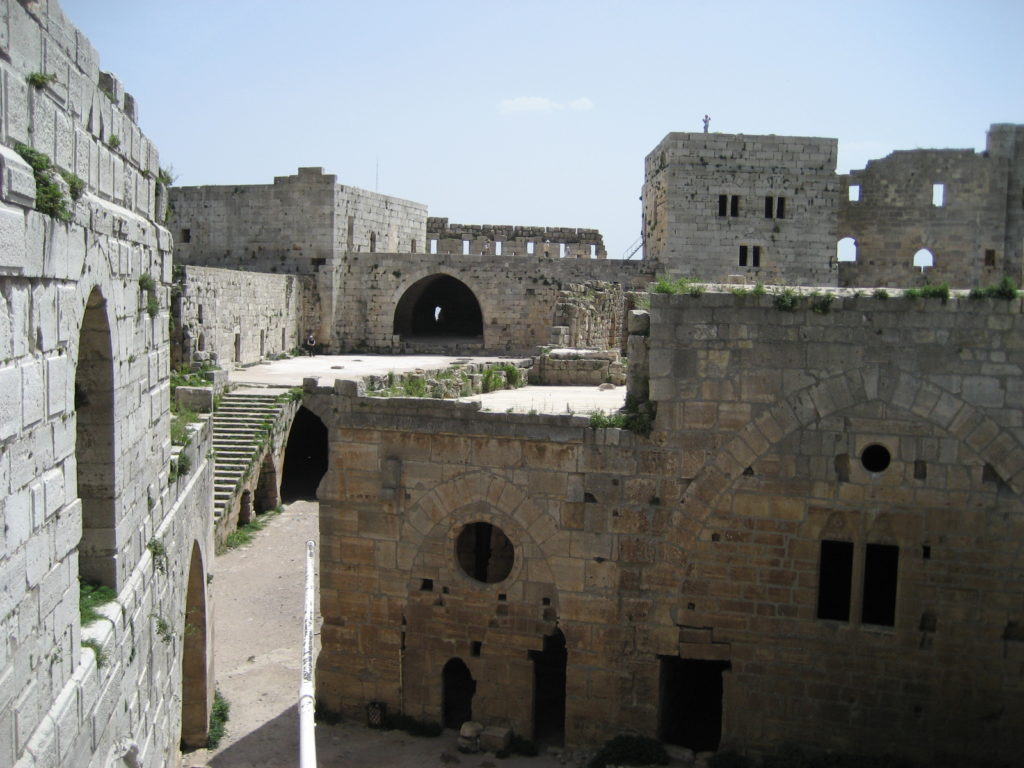 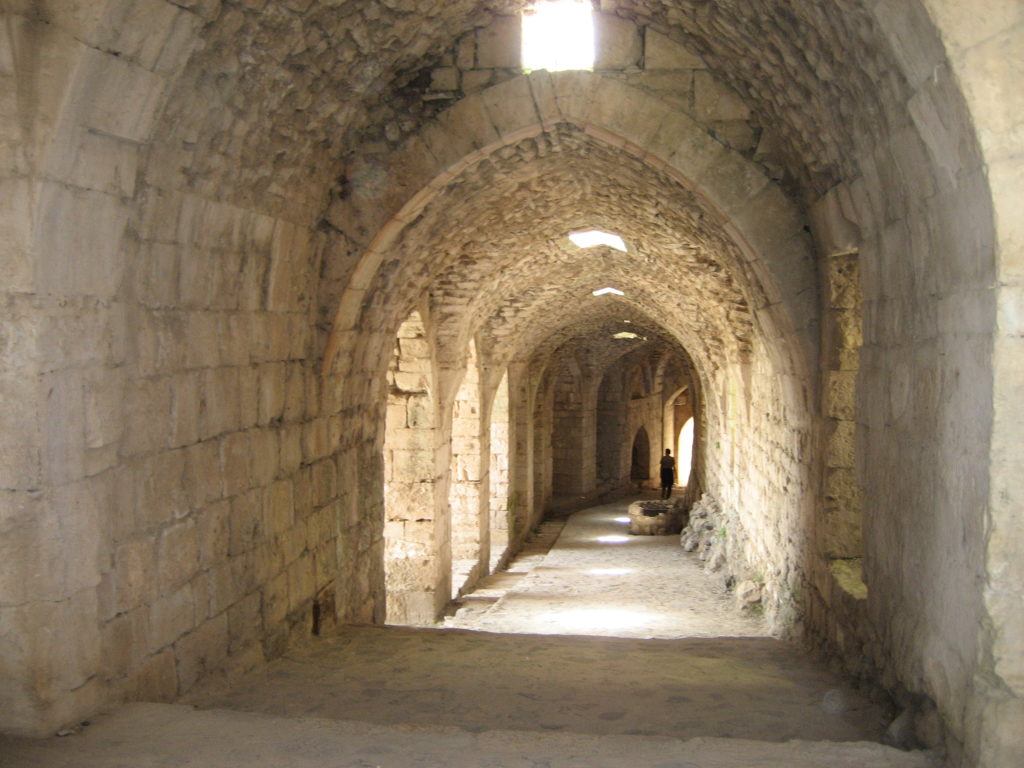