Safari! Break it down, Tanzania.

Tanzania, home of the Safari (Swahili for “journey”), Zanzibar (whose “zan” was hijacked to change Tanganyika to Tanzania back at independence in the 60’s) and Mt Kilimanjaro (whose iconic snowy peak just can’t wait to succumb to global warming). We plan to be all over the first two like body paint at Burning Man, and get a nice lazy glimpse of the third from afar – clean, dry and highly un-exerted.

A five day safari encompassing Tarangire National Park, Serengeti National Park and the Ngorongoro Crater. Titillating, to be sure.

First things first, let’s meet the cast of safari-going characters who will be joining us on this lively excursion. They can be loosely grouped as follows:

Tilley hats, zip off pants, a full complement of Jack Wolfskin and absolutely nothing but khaki.

For the guys, comfort is king – board shorts, no shirt, tribal tattoos. The girls approach the wildlife in high heels, skimpy tank tops and shorts that venture coyly into areas wholly unfamiliar with sun.

Every day clothes, smug, condescending, confident in their place above the whole desperate affair. Blissfully unaware, clichéd. Us.

–         Tarangire National Park may not be as popular as the Serengeti but it was pretty spectacular, much quieter, and without a doubt Elephant Central. Couldn’t ask for better pachyderm sightings, or river views from the front of our safari tents. It’s also filled with baobob trees – stocky giants topped by an unruly cluster of sinister limbs like a young John Travolta.

·         Stopped briefly at Oldupai Gorge – the site of a critical archaeological discovery featuring 1.7 million year old human remains. Apparently there are some others nearby that actually go back 3.5 million years. Kind of gives us some perspective on that black toenail of Laynni’s that she claims has “been that way forever”.

·         Those early rains that “flied our ointment” a bit in Uganda came around to our advantage in Tanzania since the annual wildebeest/zebra migration (anywhere from 1.5 to 2.5 million strong depending on who you ask) is generally located in the Maasai Mara in Kenya at this time of year but, apparently, at the first sniff of rain these ungainly hordes drop all their otherwise important projects and turn tail for the border, heading south for the rich open plains of the Serengeti (from the Swahili word “siringit” meaning “endless plains” – how apt) and, incidentally, right into our touristy wheelhouse. Point is – the frontrunners made it down in time for us to be part of it. A pop-top Land Cruiser, photo-taking, dust-covered part, but a part nonetheless. Very awe-inspiring to be surrounded by literally thousands of large mammals at all times, as far as the eye can see in any direction, and not have watch Angus Young dance. And this is only the first small wave. Must be quite a sight to see when they are all massed to move north in June or July, kind of like the PA Shell station.

·         On the topic of Land Cruisers, they surely sit comfortably in second place behind the ubiquitous wildebeest as the most common sight in the Serengeti. It’s an experience in itself to be part of a crowd of forty Land Cruisers jockeying for position on a narrow dirt road any time there happens to be a pride of lions in the vicinity. At least it makes us appreciate those prized moments when we found ourselves alone with the wildlife which our guide, Christian, was excellent at doing, we must say. Or at least at getting their first. We got the feeling he was part of one of the more well connected cliques on the guide grapevine – a constantly streaming line of communication regarding what, where and how many. Like TMZ.com.

·         Which reminds me – a big shout out to Basecamp Tanzania (www.basecamptanzania.com) for an outstanding safari. Couldn’t have asked for anything better. Exactly what we were looking for – friendly, organized, competent, accommodating. Everything the prostitution industry should be.

·         Saw lions, lots of lions. In the Serengeti one younger male walked right past us on his way to his midday resting spot – Christian cleverly anticipated just this move well before any of the mob caught on – and his clear disdain for us while detouring around our truck made him seem even cooler to us, like I was a college girl with low self esteem texting the guy who gave me the nickname “Piece of Tail”. Also got some elephant close-ups, saw at least three leopards (rare as an open bar barmitzvah), two of  which were resting in trees with succulent rotting gazelle corpses hanging nearby, a few cheetahs, a couple rhinos from afar, and roughly 4.3 billion big klutzy giraffes.

·         We learned a number of interesting things about African wildlife based on Laynni’s uncanny impressions. For example, if hippos and elephants could talk they would sound just like Winnie the Pooh’s Eeyore, as does Lyle, at least in her head. Meanwhile, zebras and Nadine, done by Laynni, have inexplicably high, girly voices of the type normally favoured by florists and ancient Babylonian eunuchs.

·         Got caught in a vicious rain storm while spying on sleeping lions and had to slip ‘n slide our way out through the increasingly muddy tracks. Welcome to wet season, bitches, how you like me now?

·         Thanks in varying parts to a dearth of options, an in-law visit and our mysterious ability to ignore the cost of things as long as we don’t have to pay in cash (exactly whywww.orifices-r-us.com offers layaway) we spent our safari nights in some pretty kick-ass hotels. All three had amazing views, monogrammed towels and all the free toilet paper you could find a use for. If Laynni hadn’t insisted I join them for supper I may have kept wiping for days. Long story short, the coffee harvest waits on no man.

·         In Ngorongoro Crater a monkey jumped into our van through the pop-top and stole part of Laynni’s lunch right off her lap. She screamed like an Oiler fan reliving the 80’s on NHL Classic, then watched helplessly as he taunted her by eating the whole sandwich in the tree just over our heads (parallels to the Flames Stanley Cup parade in ’89). For a moment we thought he was even rubbing his belly in satisfaction but, no, it turned out he was up to something else entirely.

Top Lyle-ism of the week:

“These lions are more popular than Tim Horton’s”

Now, for a quick safari primer on the animals of Tanzania, I present to you:

Dean’s Safari Guide to the Animals of Tanzania: Including in-depth descriptions and helpful comparisons to other common warm-blooded mammals 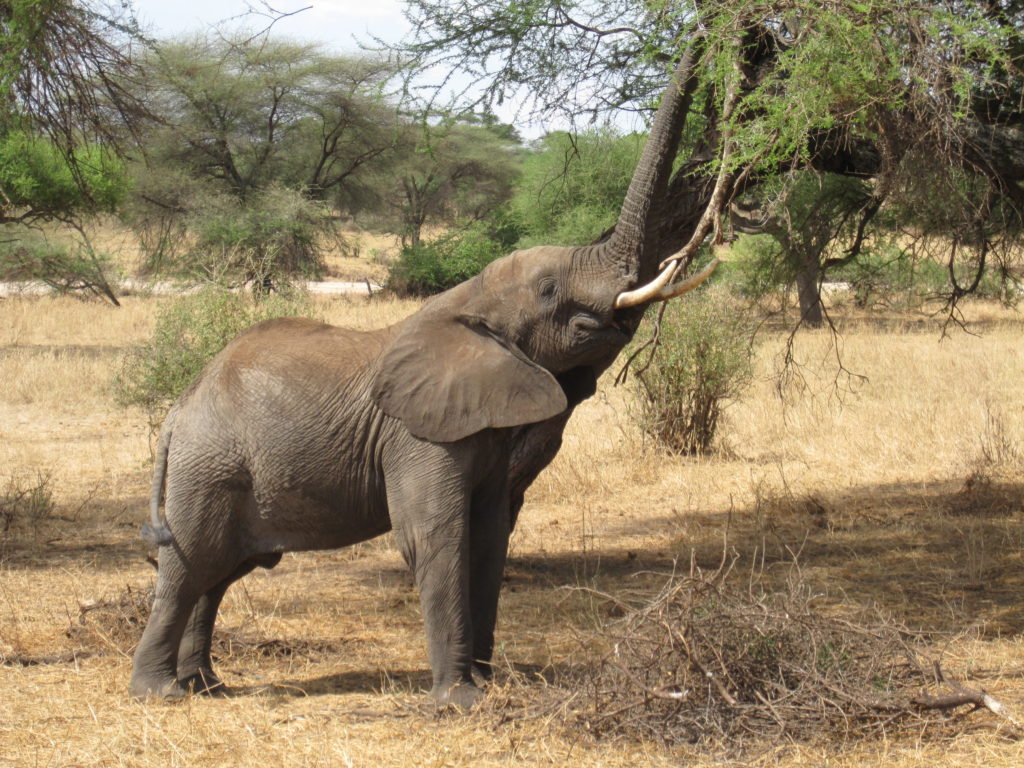 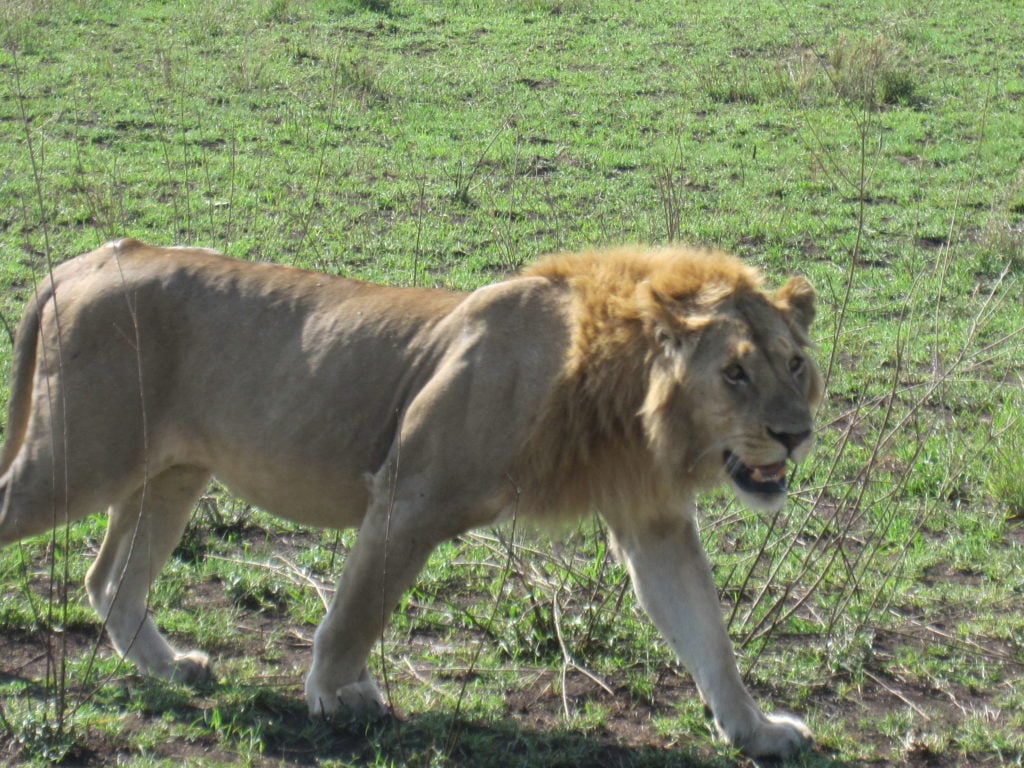 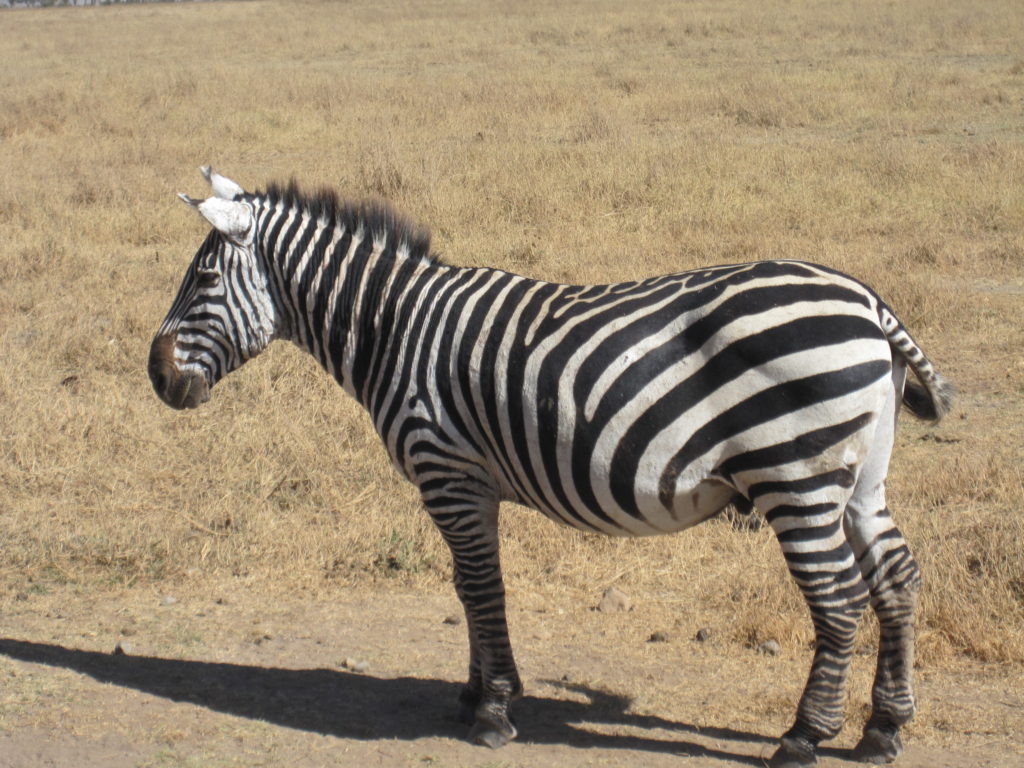 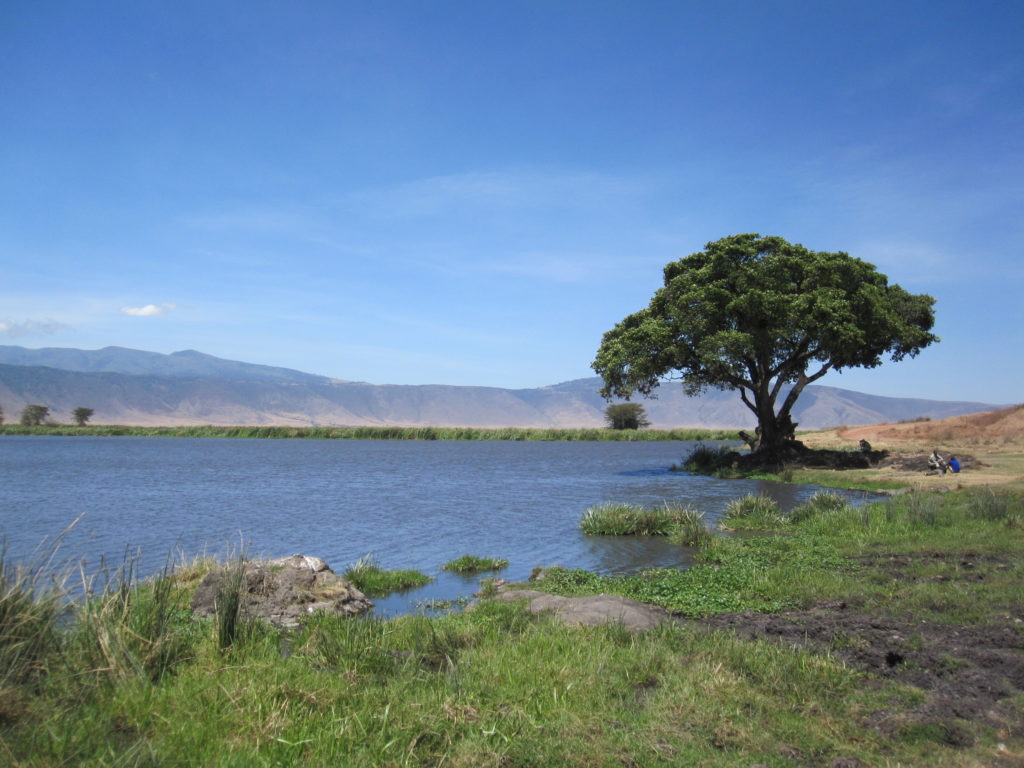 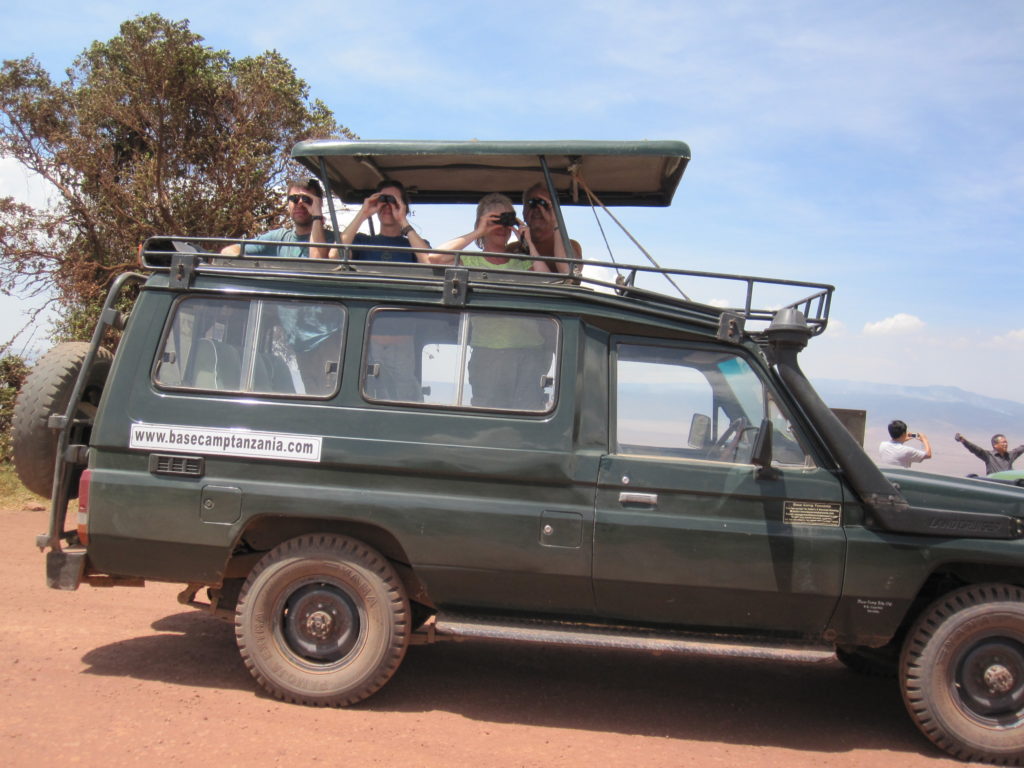 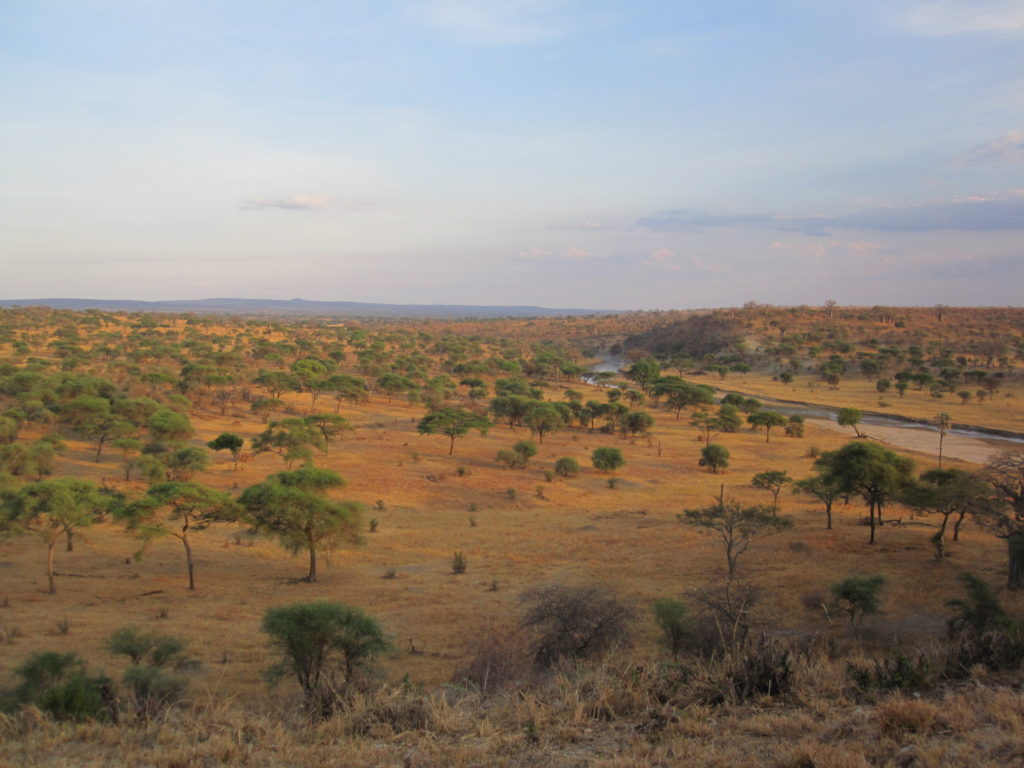 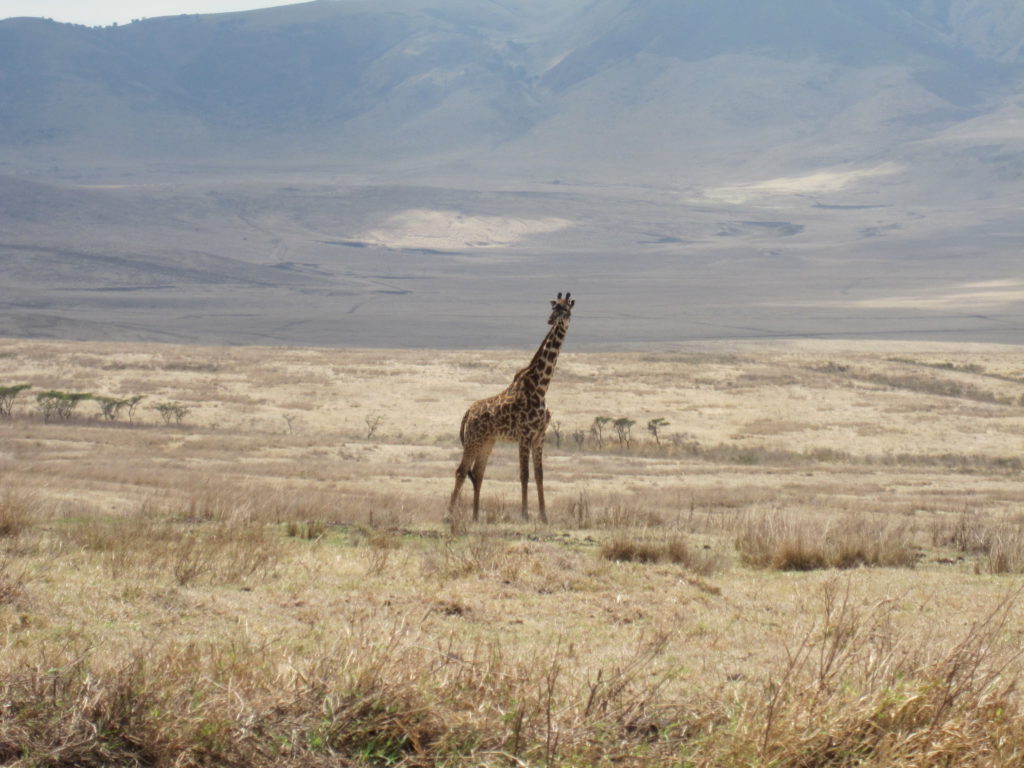 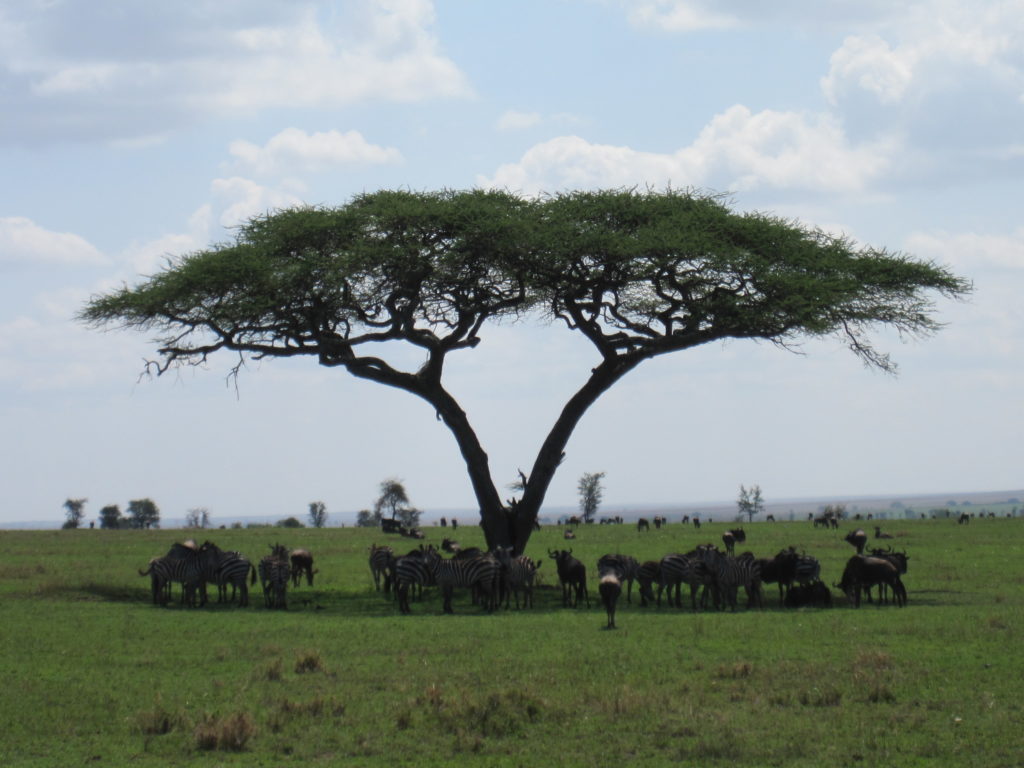 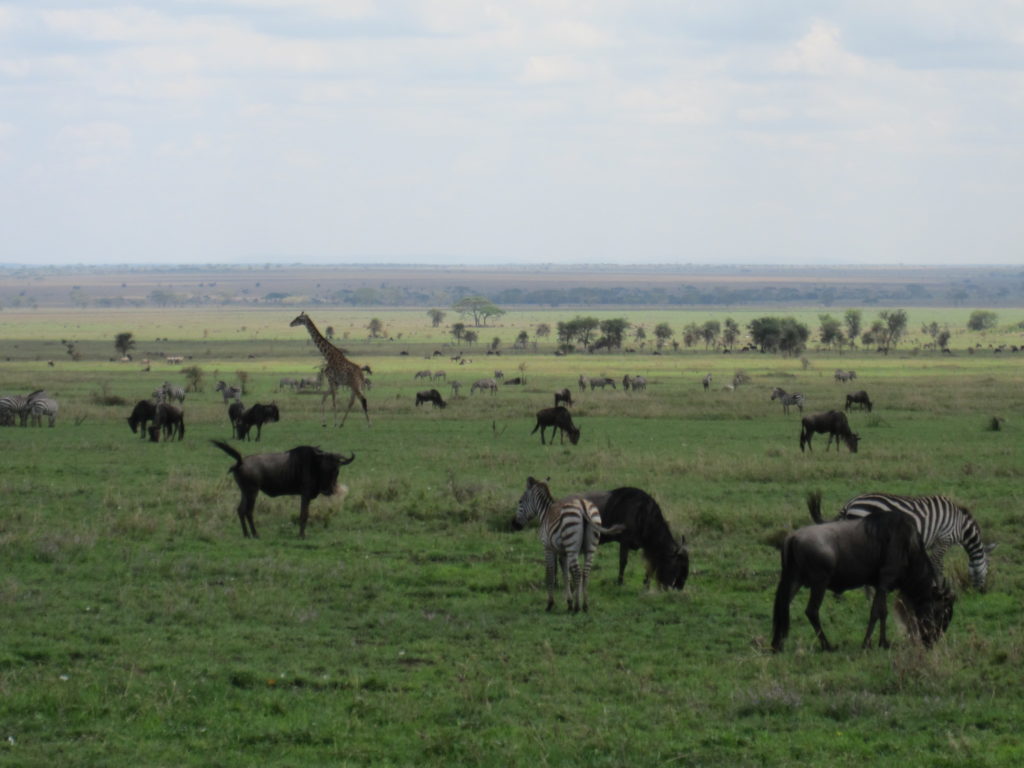 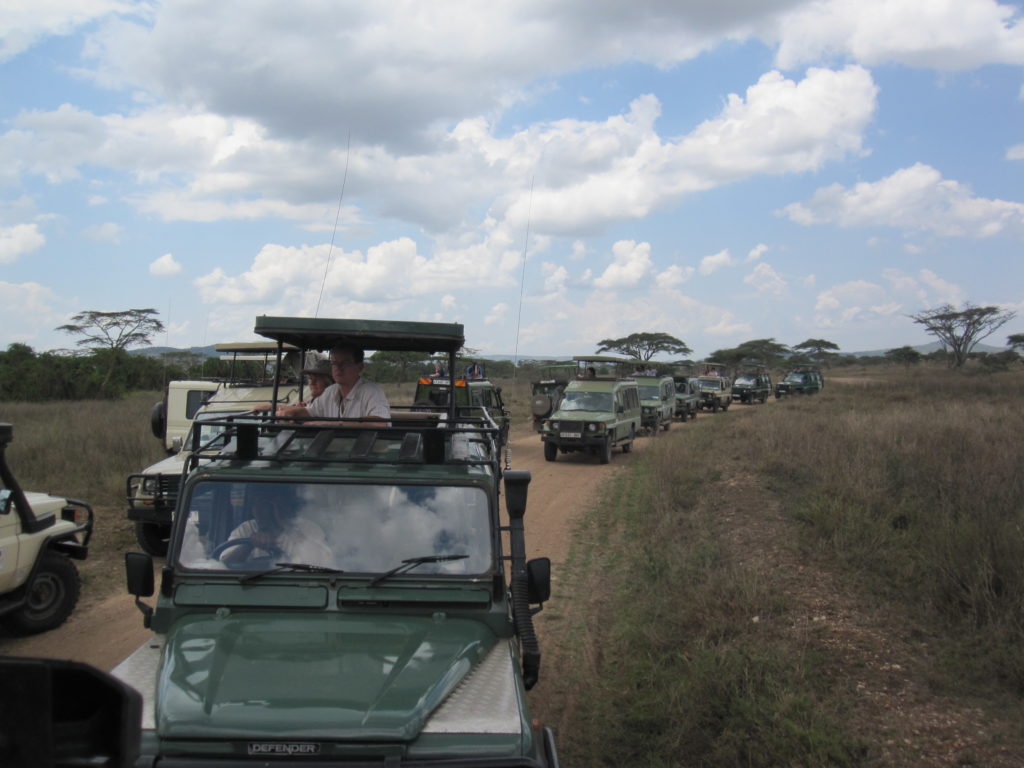 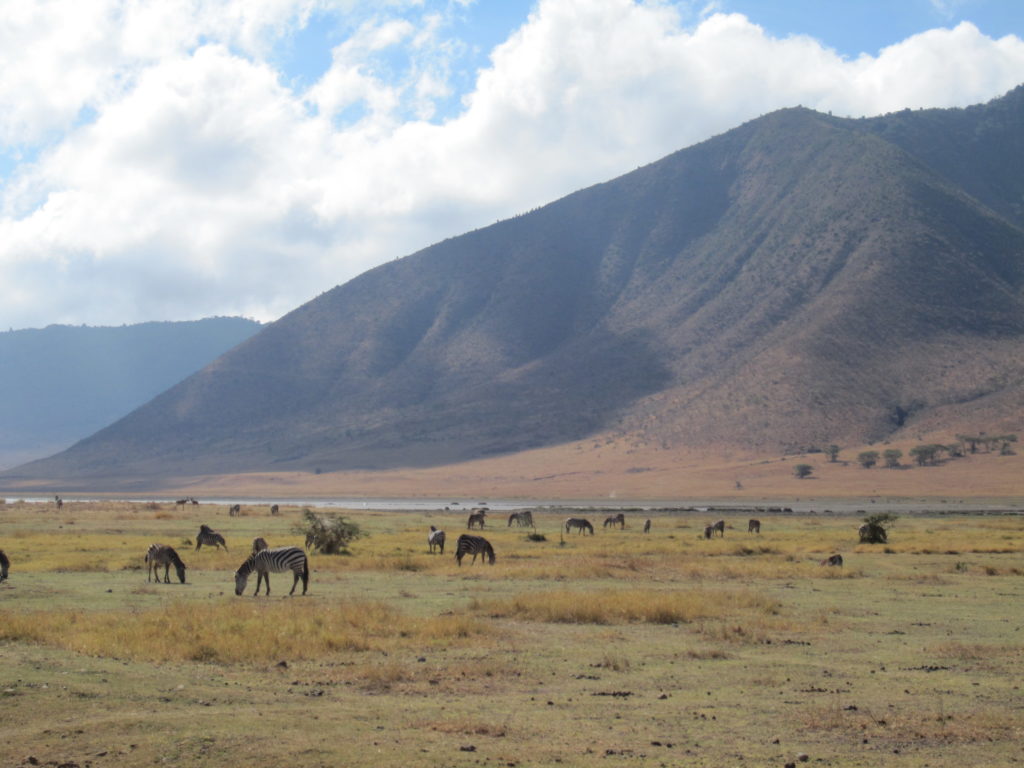 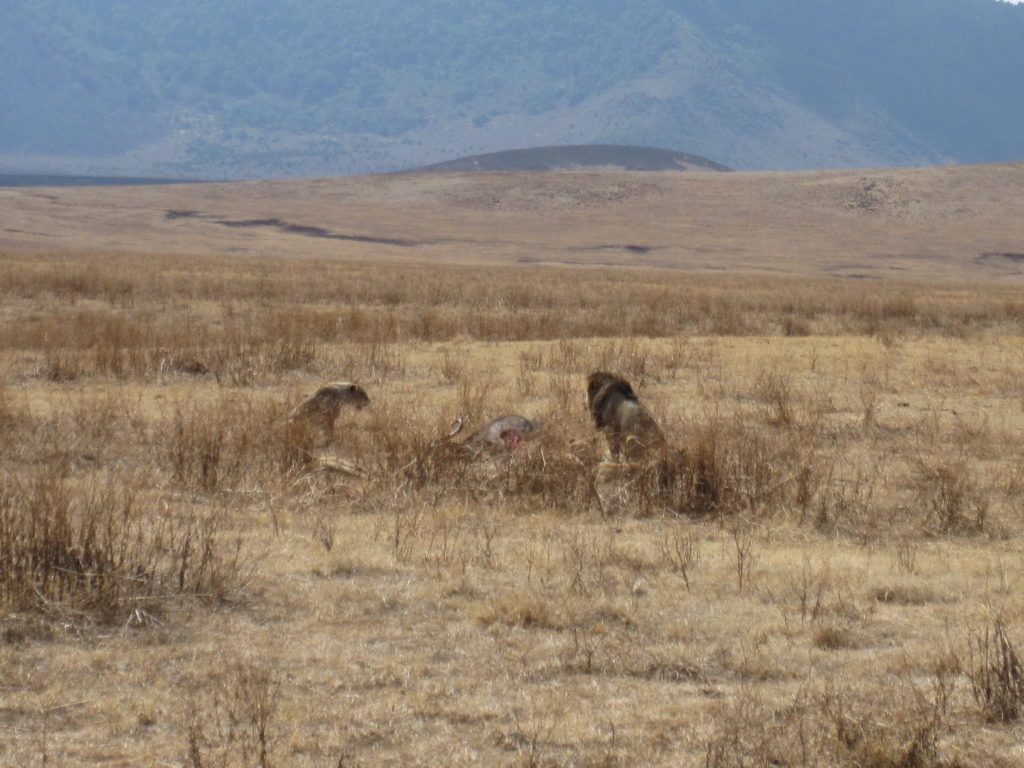 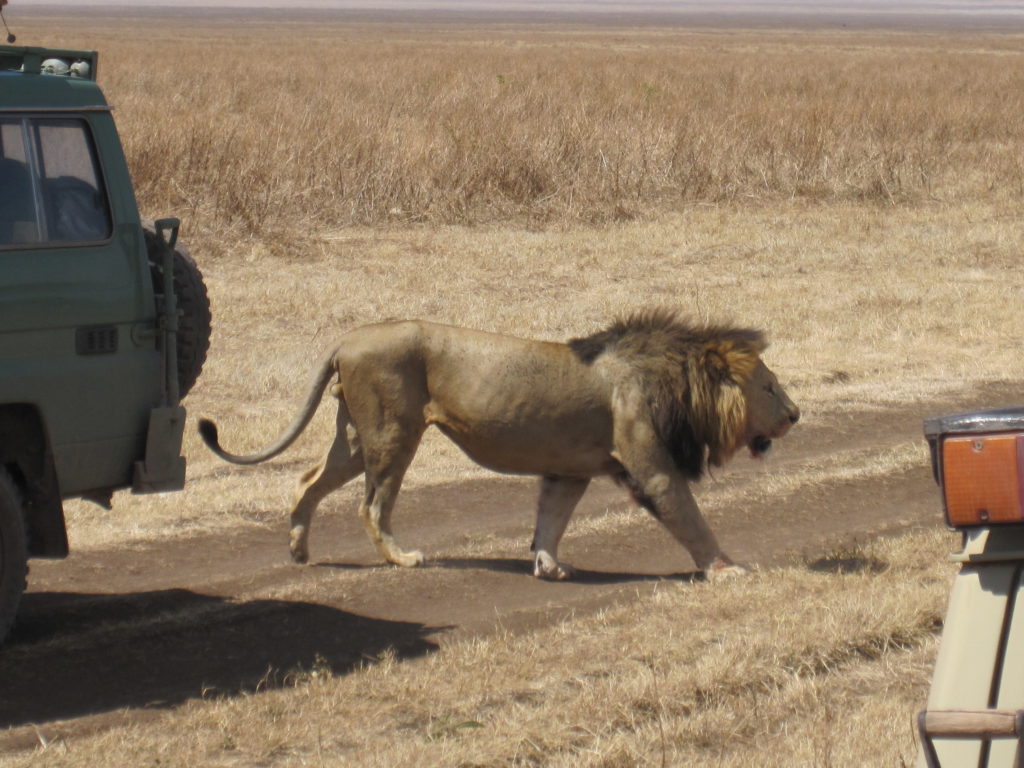