The Happiest Place in… Anaheim?

After a brief couple weeks back home settling into the familiar and much-welcome routine of river walks, fast and painless internet surfing, watching sports on a TV that doesn’t require multiple boat trips to reach and unwise numbers of huge beer to enjoy properly and, best of all, flushing toilet paper down the toilet, we were back on the move again. Yes, it was time again for our seemingly bi/tri-annual Anaheim Disney adventure with Laynni’s family. As a general rule a visit gets scheduled whenever each successive toddler reaches the age where they can finally appreciate the stunning scope and overwhelming insanity of the Disney realm, without yet reaching the point of feeling ashamed and dirty for further feeding the coffers of their ingenious empire. Or 40 inches tall, whichever comes first. Last time it was Orlando, this time we were back in LA for the original.

While the Dupres and Poulins were putting in a full 2-week shift, we cautiously opted for a more manageable 1-week option. Still enough time to get our fill of Disney chaos, hit a beach or two and even squeeze in a pretty decent wilderness hike somehow sitting right there in the heart of Anaheim. 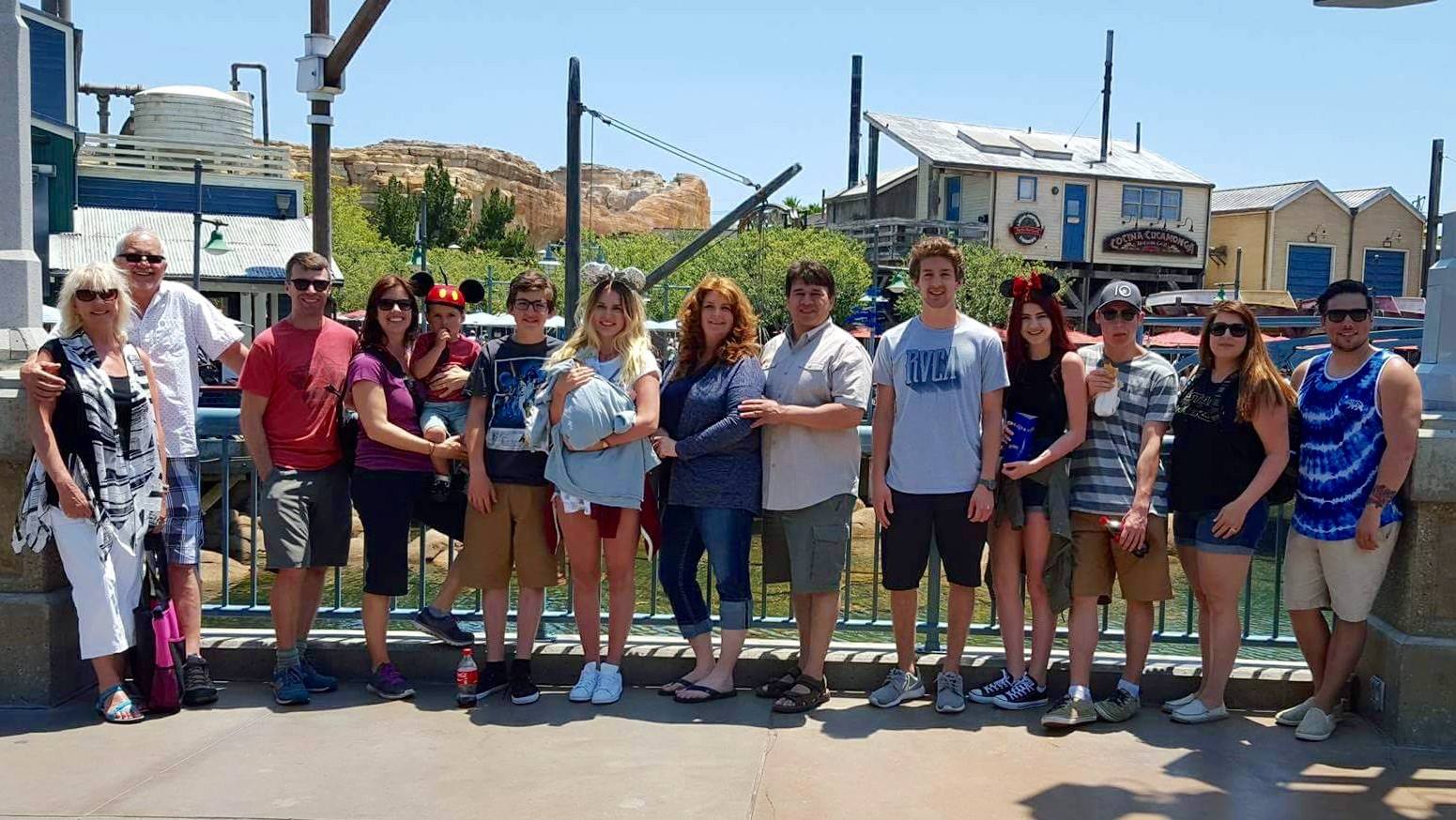 In all, there were 5 of us staying for just a week, and for that time period we rented a nice big house near the park outfitted with 6 bedrooms to handle all 14 of us (plus a newborn). Nice pool and hot tub in the backyard, TVs in every room, walking distance to Disney, and the largest sectional couch I’ve personally every lazed upon. Easily big enough to handle however many of us happened to be interested in doing so, or as the setting for a team photo of the entire LA Rams team, whichever was more relevant at the time. Over the course of the week 4-year old Lochlan did his best to spend every waking hour in the pool, demonstrating a single-minded sense of purpose unique to young children and VLT enthusiasts. Ten adults proved just barely enough to keep up with his rigorous pool schedule.

As always on these types of trips, Laynni had her hands full stocking the kitchen, planning the meals, then doing her best to actually feed 14 people (a job made only marginally simpler by the fact one of our number eschews variety in favour of the boob for every meal). 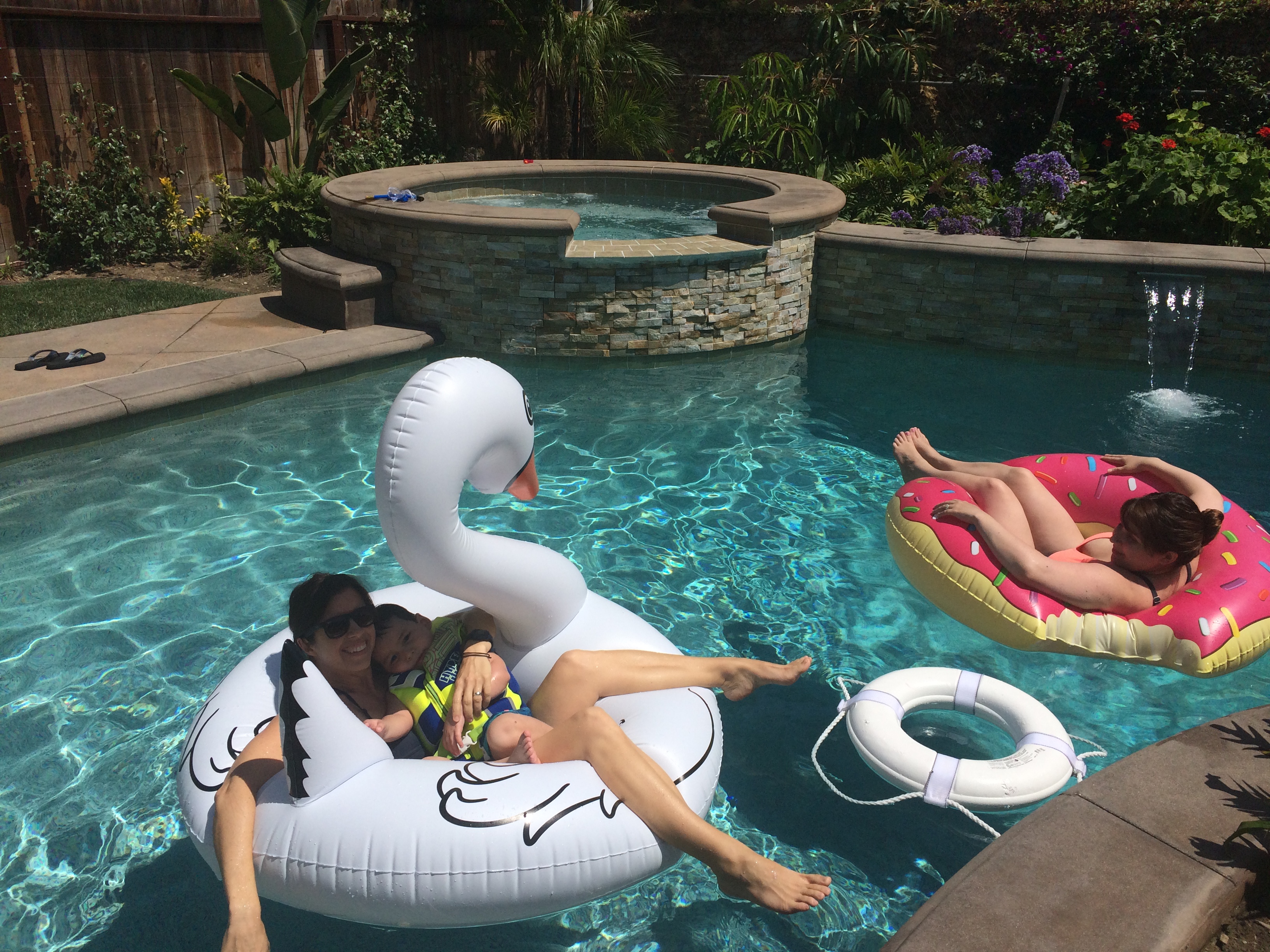 What can I say? Still the same barely contained chaos after all these years (although I was disappointed to find there is no longer a yeti that jumps out at you on the Matterhorn – it seems the look on my face at age 8 or 9 is still one of my dad’s favourite stories). They do a surprisingly impressive job of making sure all the people (so many people) are sufficiently entertained, fed and dazzled to feel at least marginally happy about the enormous wads of cash they are parting with in the interests of “cherished family memories”. But still, just so many people. And we were there on random weekdays in May…

As seasoned Disney vets, Laynni and Tahnni took full advantage of all the little tricks and tips available (i.e. fast passes, magic morning) to ensure maximum action with as little waiting as possible (although the waiting was – and I’m sure will always be – considerable), hitting all the usual fan favourites like Space Mountain, California Screamin’ (we really did scream, too!), the Matterhorn, Splash Mountain, Grizzly Peak  and, of course, Tower of Terror (guaranteed to send your testicles up to rattle around among all of your less-mobile organs), and the newest, and surprisingly fun, addition to the elite, Radiator Springs Racers. Then there was also the inexplicable Dupre favourite, Goofy’s Sky School. Formerly known as Mulholland Drive, and currently known as that to our group who apparently have some nostalgic attachment to a street name, it is basically the slowest and smallest rollercoaster known to man, with a pretty weak-ass name to boot. At least we got in without a wait since we were hovering just as they re-opened after “mechanical difficulties”. Maybe it was this little added jolt of risk that put it over the top for some… Strangely, that wasn’t our only brush with mechanical mishaps – Space Mountain went on a brief hiatus just when we reached the front of the line (even suggesting people give up their place in line, something that would have been intensely aggravating had we accepted considering the ride inexplicably started right back up 5 minutes later), and we were actually evacuated out of Splash Mountain right before the big splash finale, and later on a little kid somehow got herself stuck in a teacup, the solution to which was apparently to clear everyone else out and give her a private go-round. She may also have puked. Reports were a bit mixed. 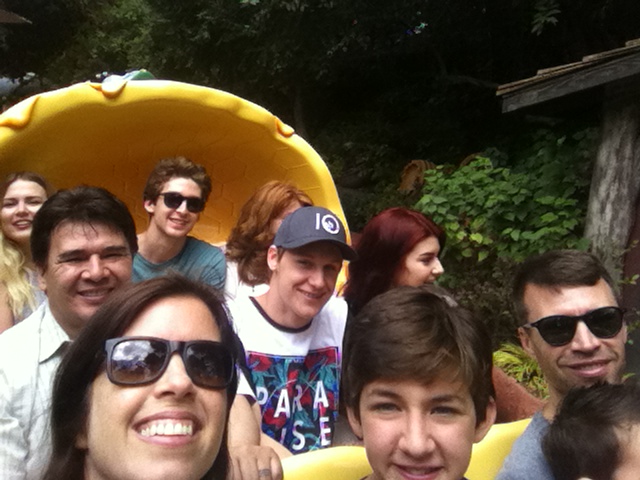 Young Lochlan could spend all day, every day shooting lasers with Buzz Lightyear, which was at least understandable, much more so than him insisting we partake in the sleep-inducing Heimlich is Everything train ride not once, but an interminable twice. Interminable, and that’s even with the ride literally lasting just a minute or so. There is one spot where you smell cookies, though, so apparently that’s a highlight. Many of the other kid rides were plenty entertaining, however, even for a jaded adult that would generally rather spend his time watching uneducated millionaires he’s never met compete against each other in sports thousands of kilometres from where he lives.

Tons of fun, all sorts of frenetic family time, and as always a renewed appreciation for the manageable streets and open spaces of good old Saskatchewan. 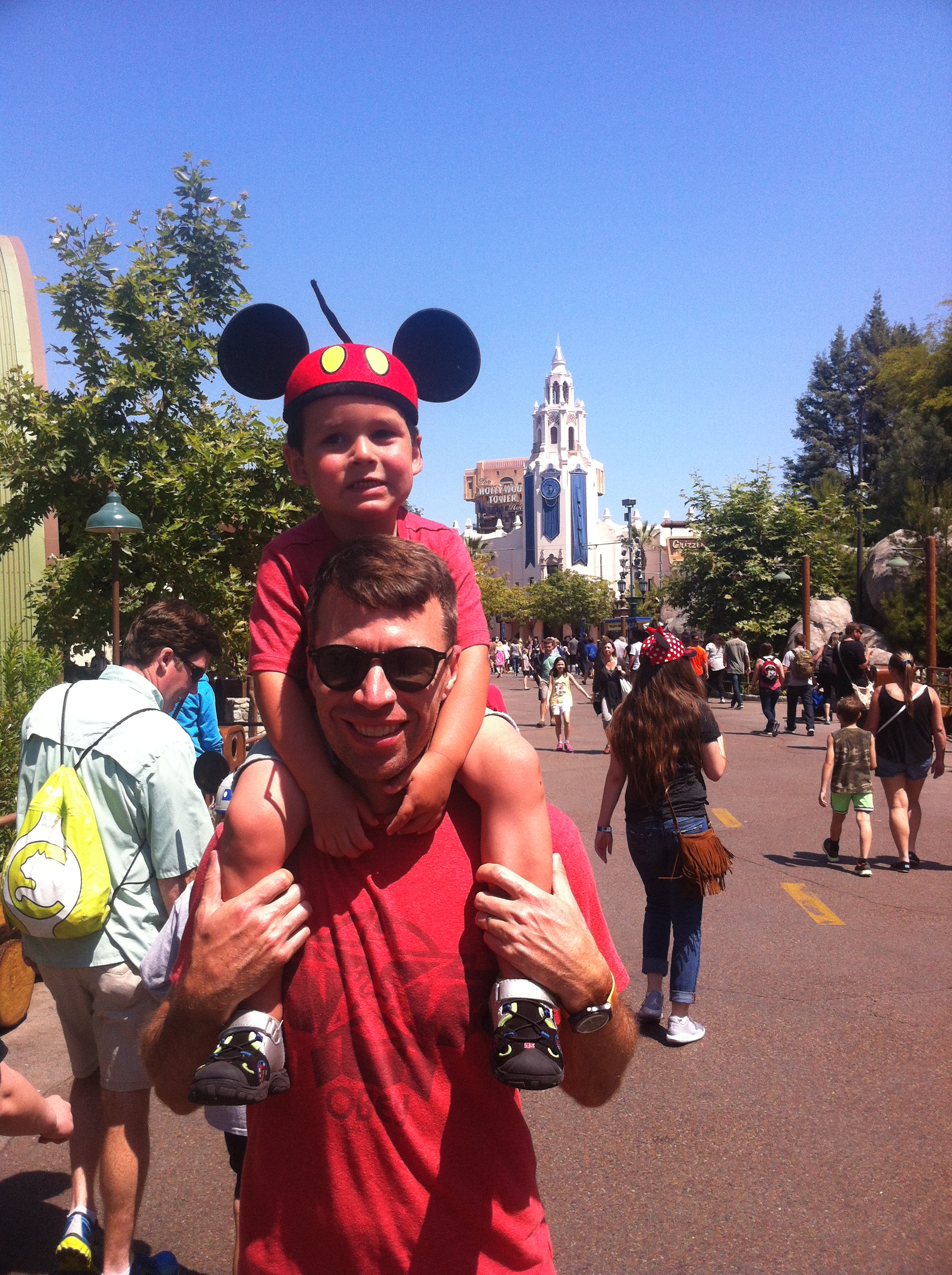 We spent one afternoon at Huntington Beach among the plethora of beach volleyball matches taking place under the looming bulk and Saturday afternoon crowds of the eponymous pier. There was even a professional surfing event taking place at the time, which was pretty cool, as were both my surprising ability to refrain from spending huge wads of $US on hats and/or shorts in the Huntington Beach Jack’s outlet, and the double fudge Oreo blizzard I got at Dairy Queen.

The next day it was Laguna Beach, the physical entity, not the rivetingly risqué TV show from a decade ago that that promoted itself as “The Real Orange County”, apparently referring mainly to vain, unintelligent women with a hankering for multiple sex partners. Nice place, good views, subdued vibe, tricky parking. 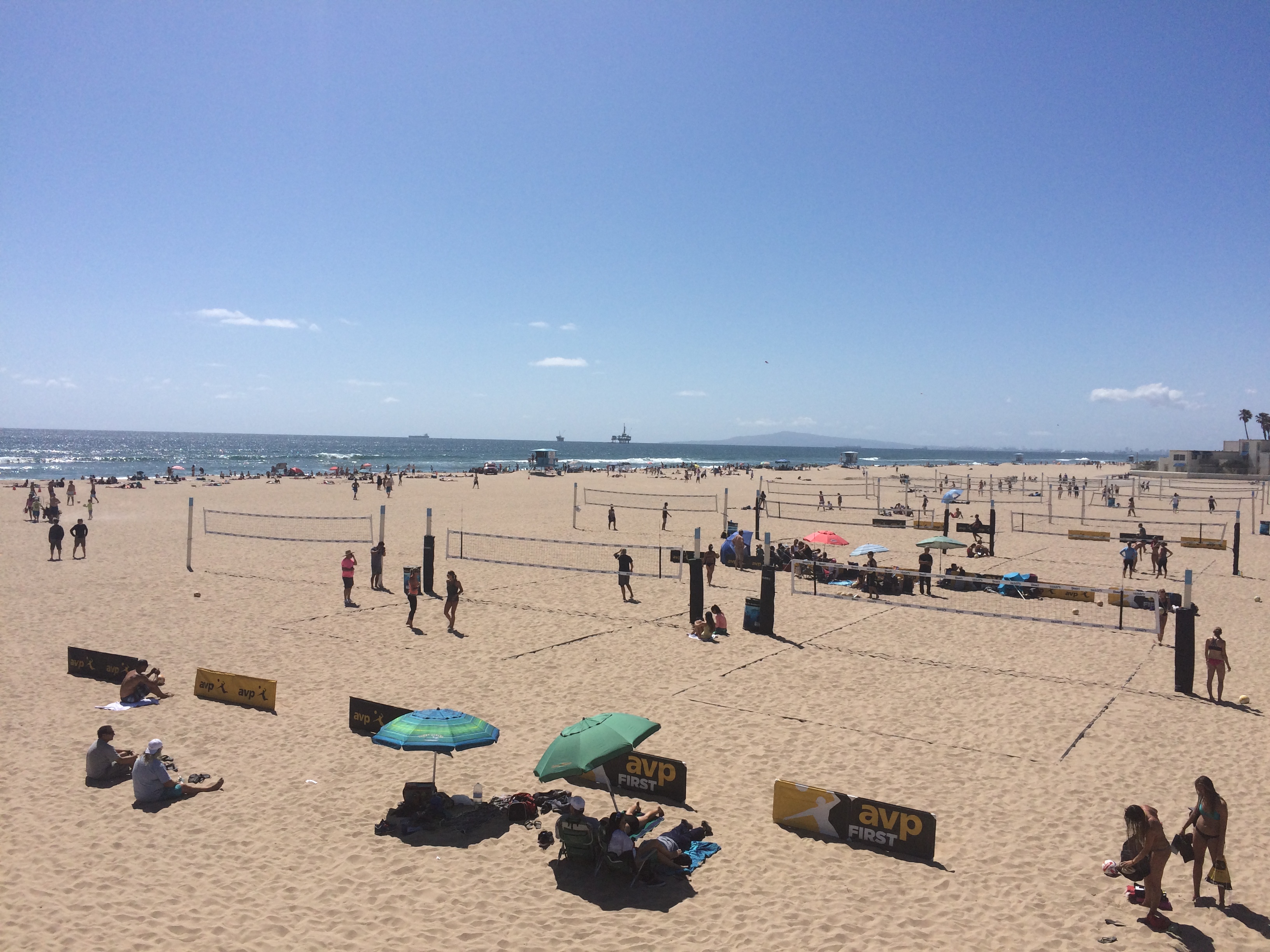 One night 7 of us took in the final game of the 2016 Freeway Series between the LA Angels and the LA Dodgers. While procuring a taxi proved surprisingly daunting, and traffic issues led to us getting there in the middle of the second inning, we still made it before the majority of Dodger fans trying to come all the way down from LA, and we were all treated to an extremely entertaining game. For some reason the stadium was packed with over 45,000 spectators, their largest crowd since 1998, a considerable portion of whom were very boisterous, somewhat inebriated, and quite often Hispanic, Dodger fans. Unfortunately the home favourite Angels came from behind to win 7-4 despite my occasional timid claps in the general direction of the Dodgers. Throw in a Mike Trout homer, former Angel fan favourite and current Dodger Howie Kendrick hitting an RBI triple to the delight of both sets of fans, and Aiden determined to finish the gargantuan plastic helmet of nachos he paid $16 for, bravely willing to risk a medical emergency in the name of getting full value. 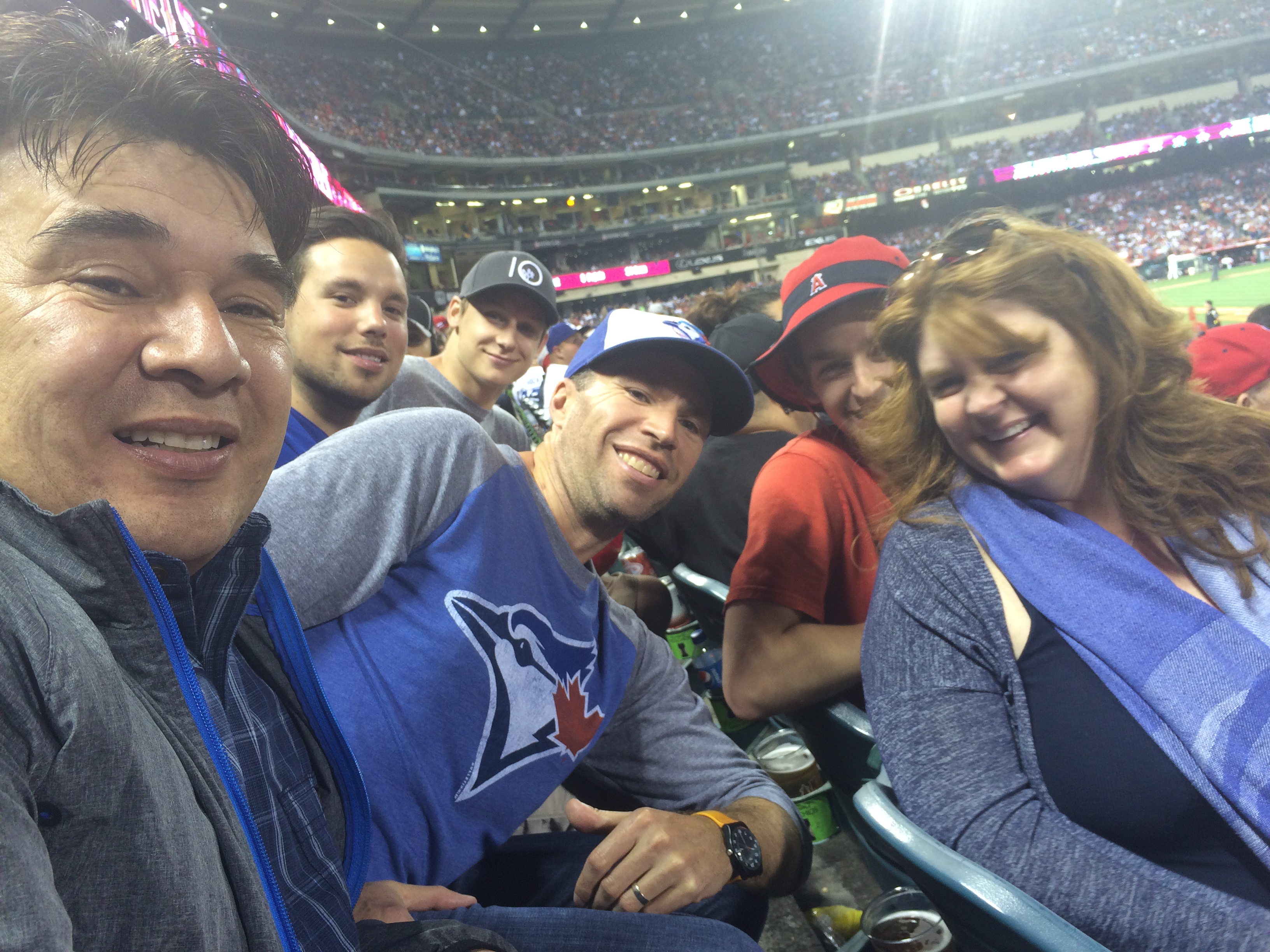 Finally, as a way of mixing things up for our last day in Anaheim, and also because the thought of me spending another small fortune for a third day tackling the Wonderful World of Disney, I left that continuing adventure to the more enthusiastic members of our group and snuck off on my own for a hike. Yeah, that’s right, a hike, right there in Anaheim. In actual hills, on actual dirt paths that don’t just lead to yet another place selling enormous bags of cotton candy. It was called Weir Canyon, took about an hour and a half, was mostly out of sight of civilization and, despite numerous and quite probably exaggerated warnings, I saw a total of zero rattlesnakes or cougars. A nice relaxing way to finish things off, followed by some down time in the pool and lounging on the humongous couch.

On a mostly unrelated note, as a way of getting in the groove to accept Disney’s newfound absorption of the Star Wars golden goose we gathered together as a group to watch the original Star Wars: Episode IV A New Hope. It had been a long time since most of us had seen it but it was still very familiar and quite entertaining despite the 40-year-old special effects. The only unanimous takeaway: Luke was a surprisingly whiny little bitch back then. Of course, it was the 70’s, a more sensitive time, with far more fragile hairstyles.

Well, that should be about it until after Euro 2016, which I expect to occupy most of June, before maybe a little mountain biking trip in July. We’ll keep you posted. 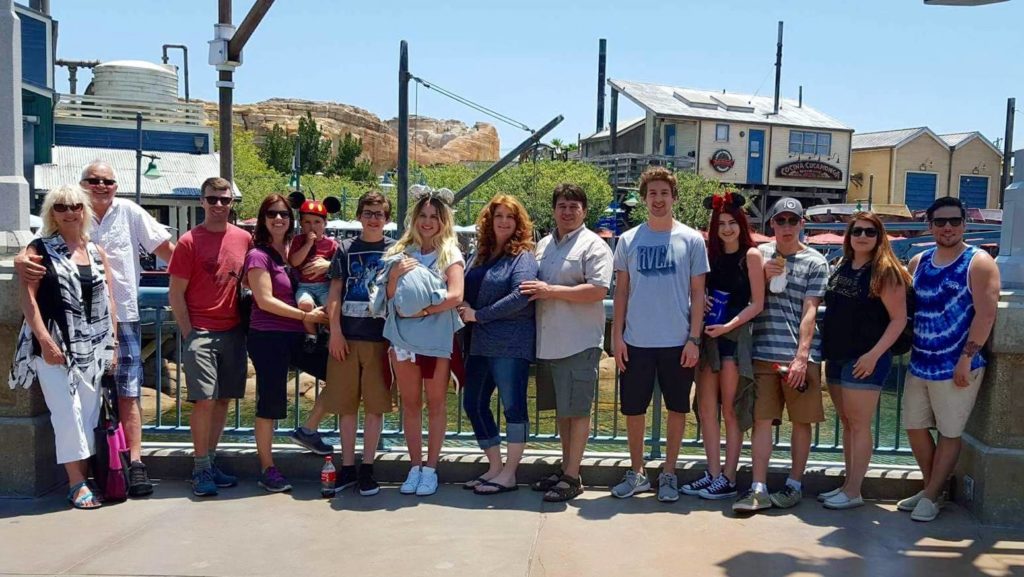 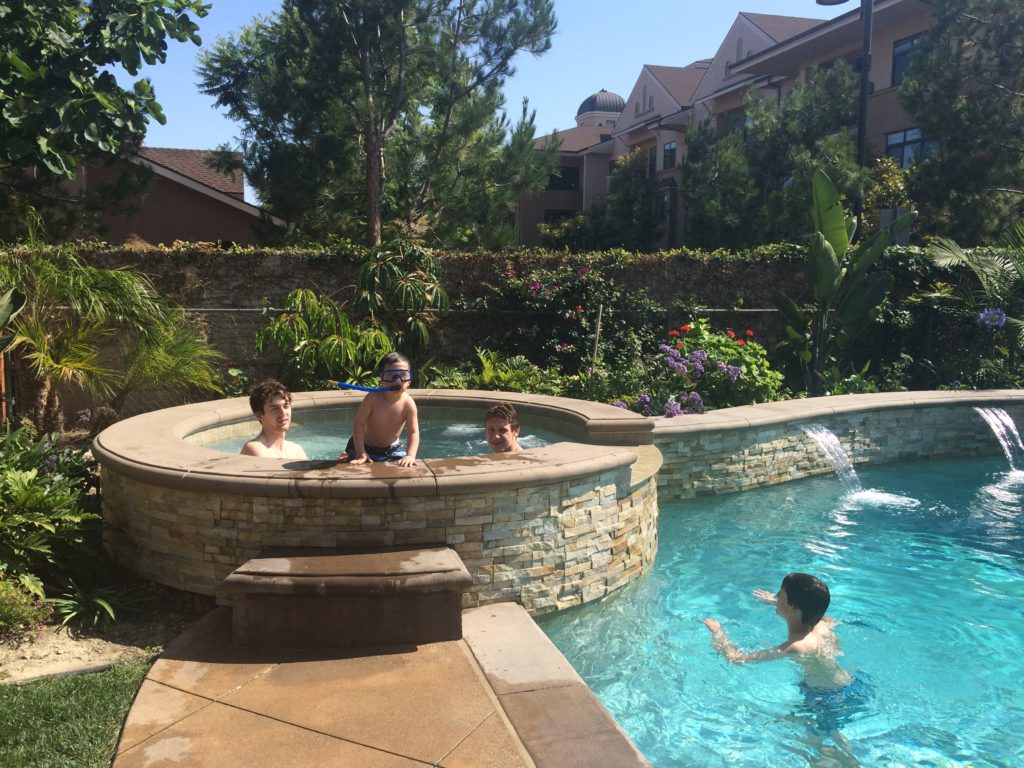 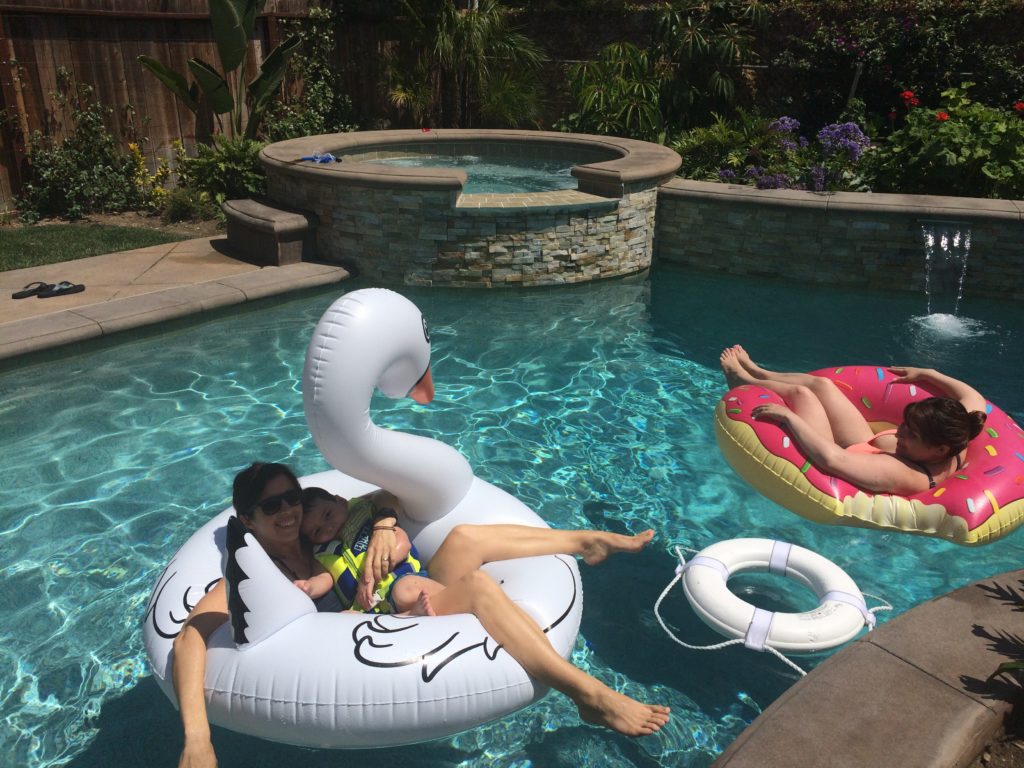 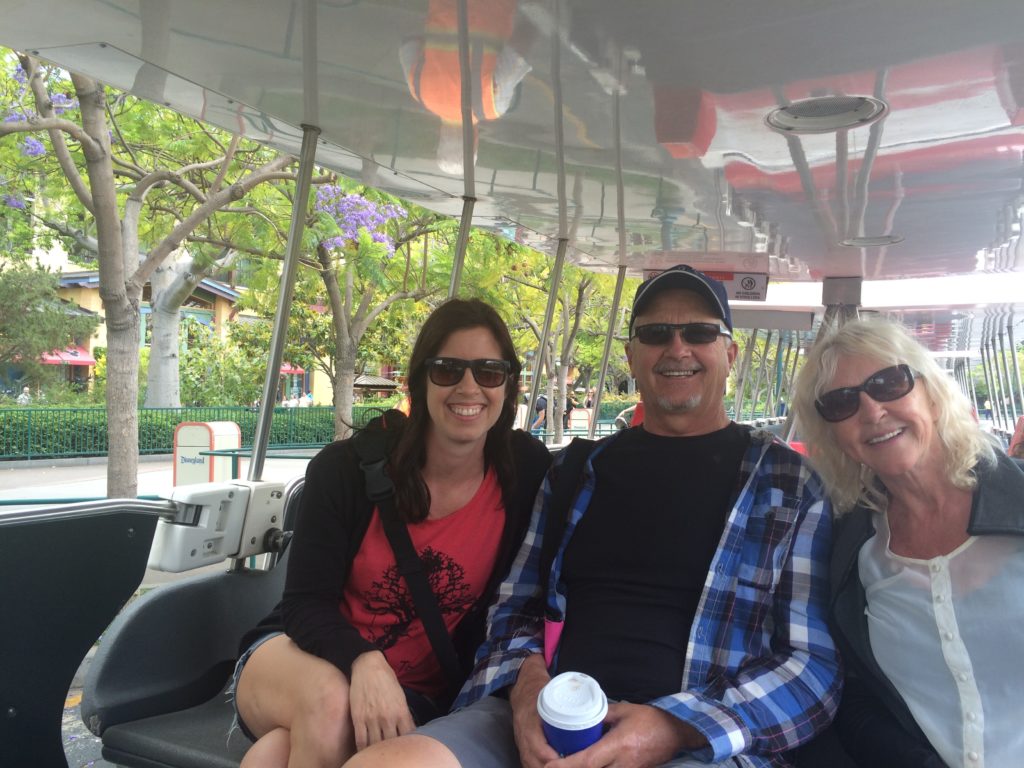 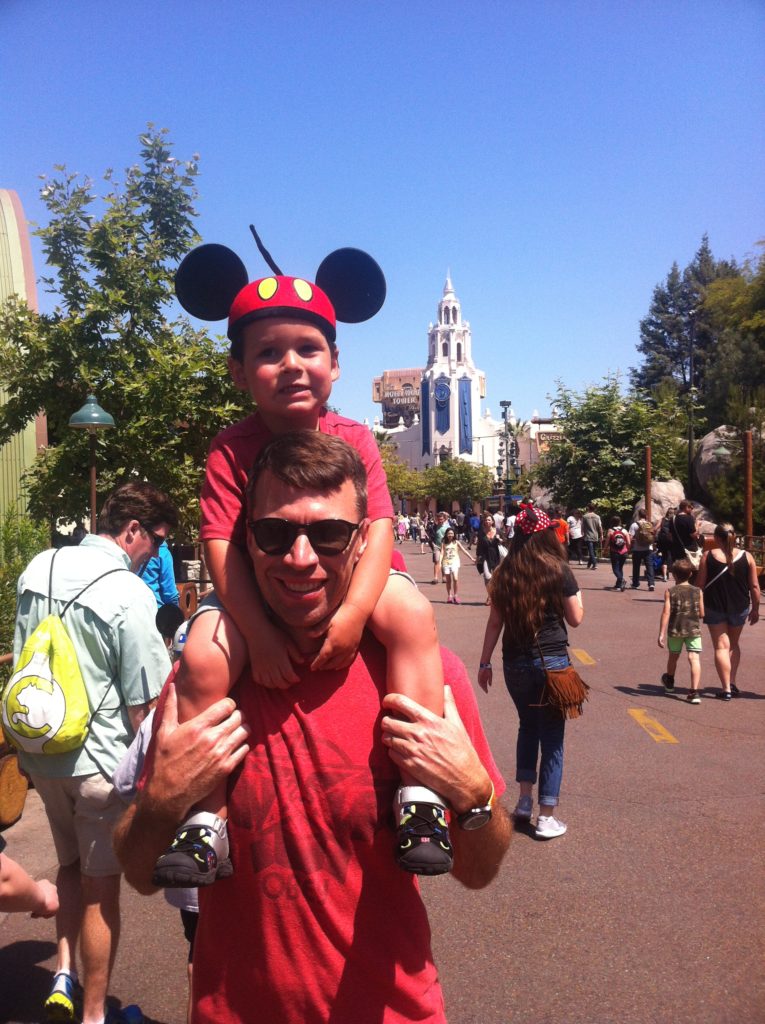 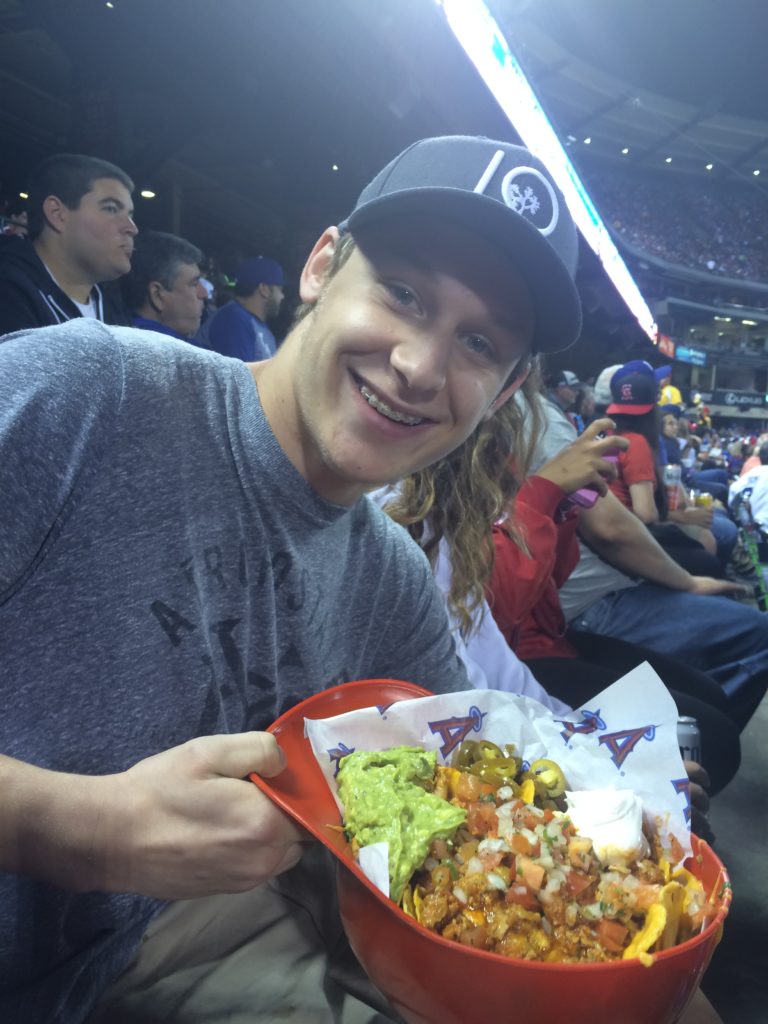 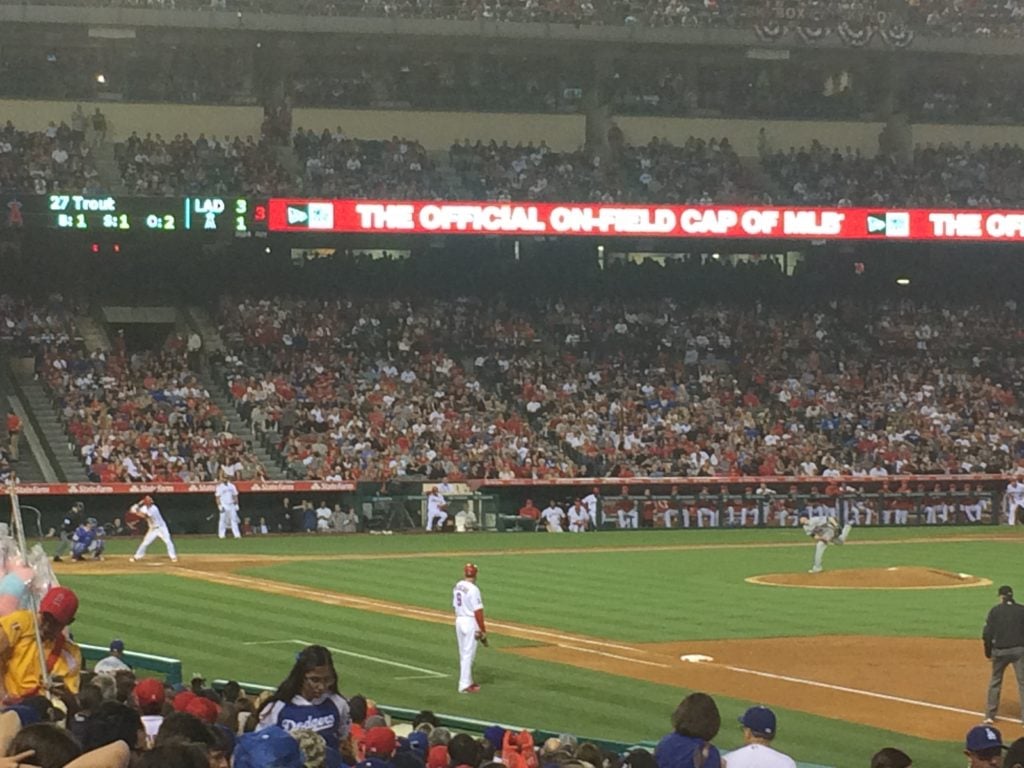 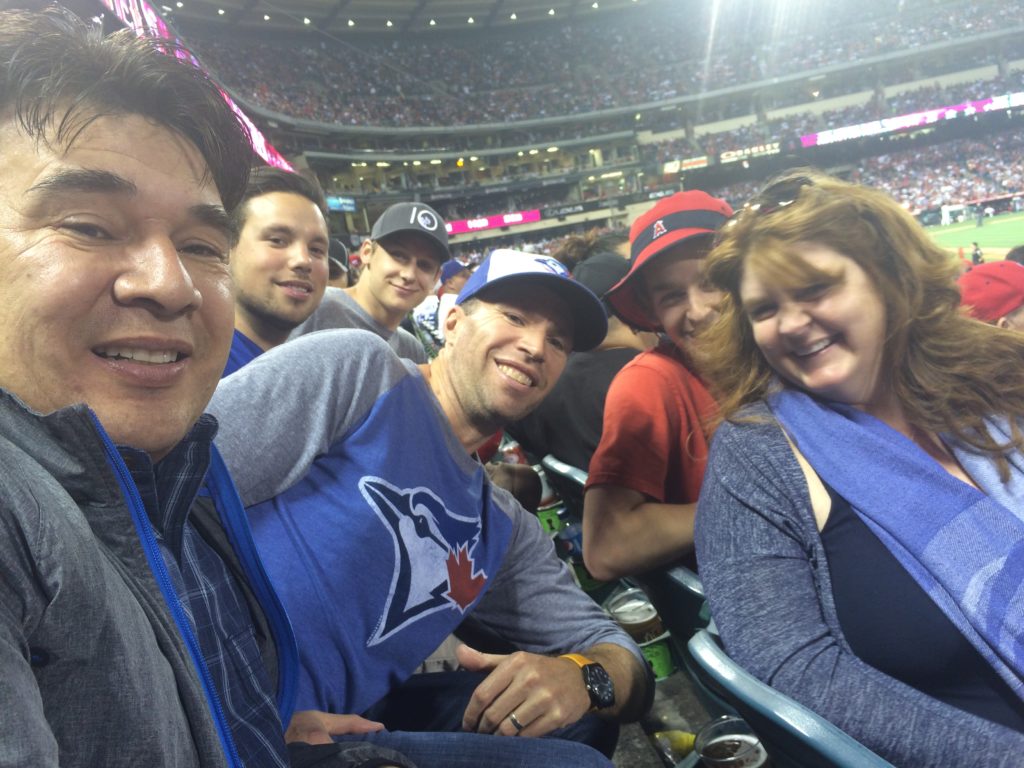 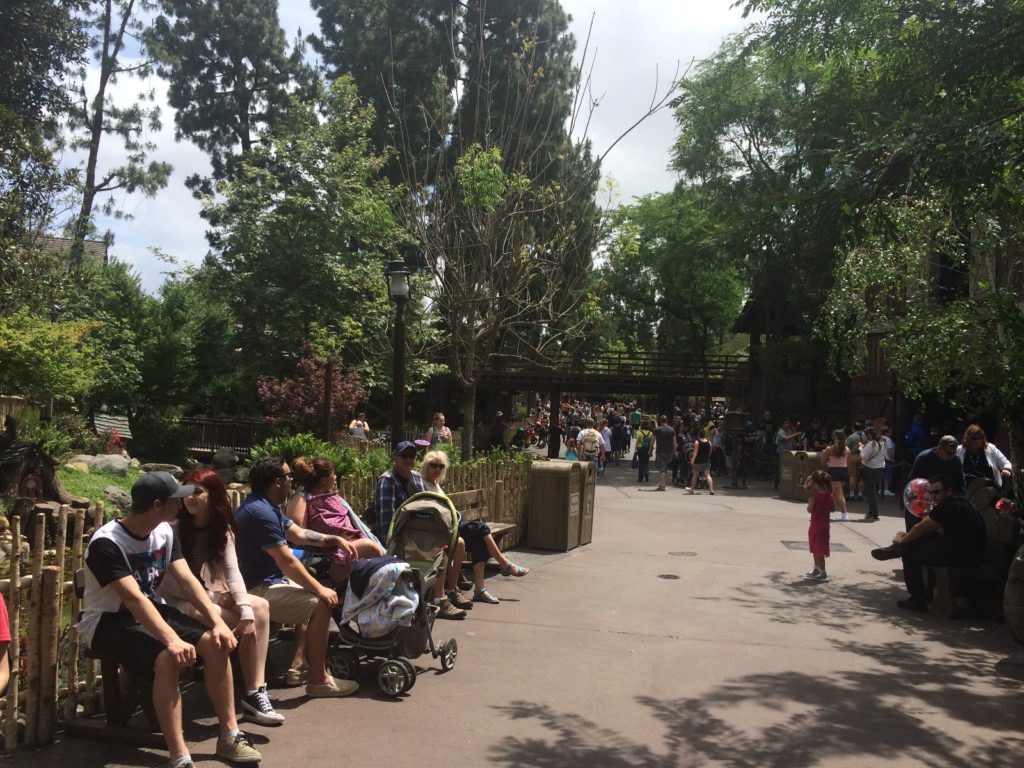 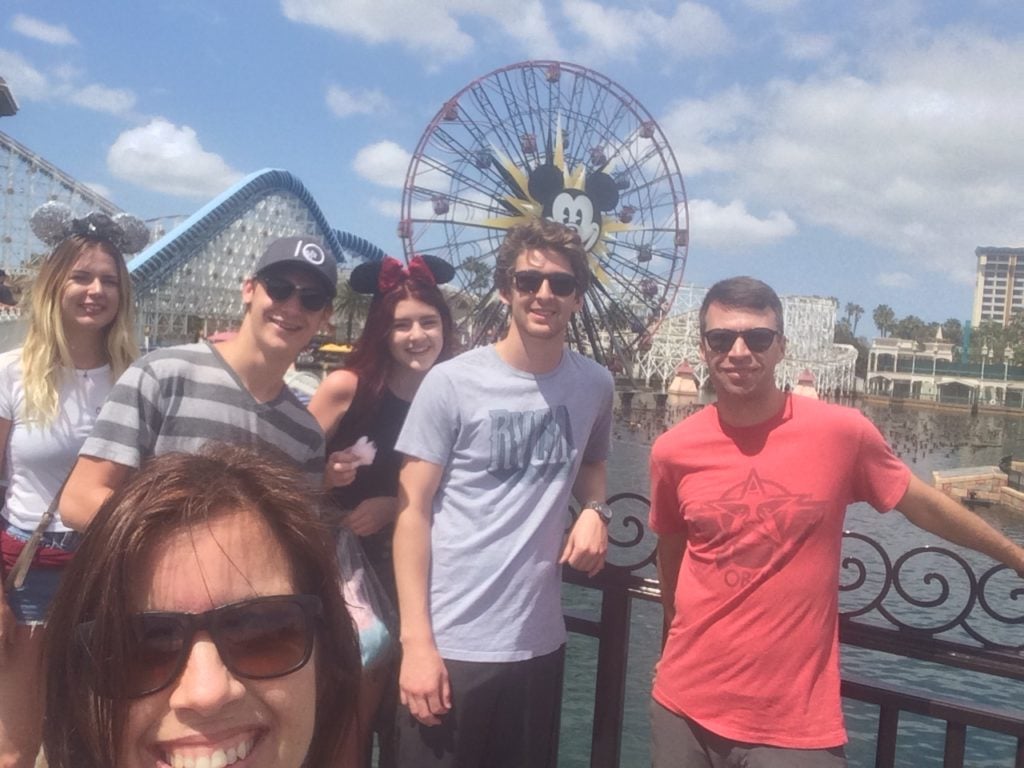 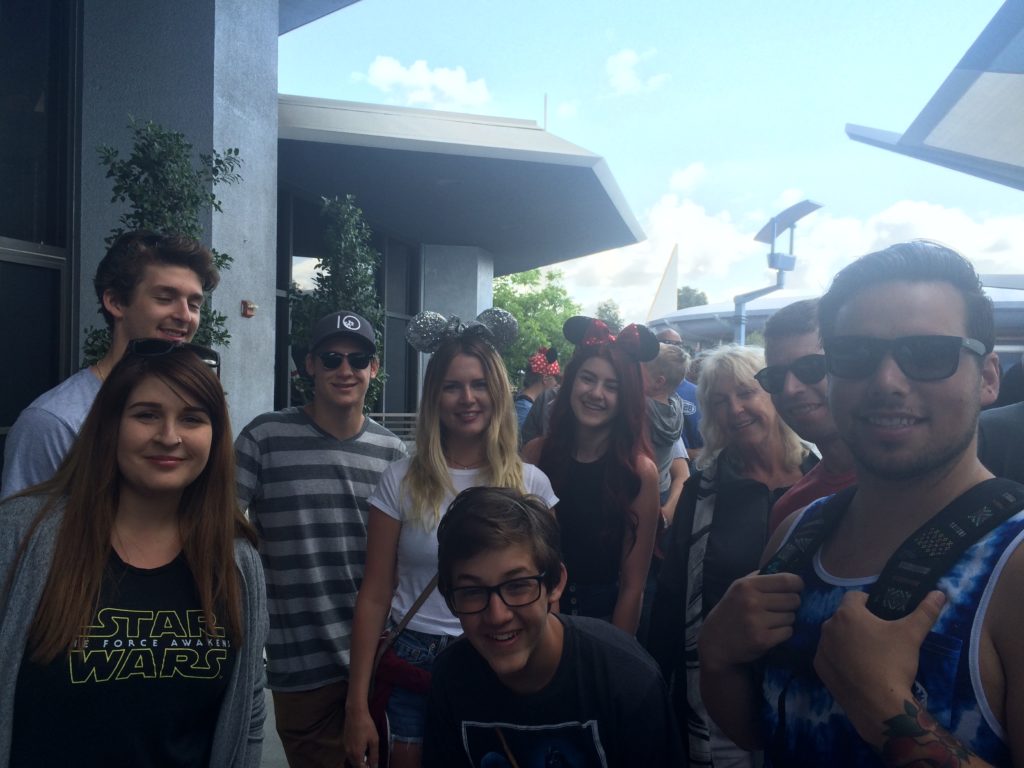 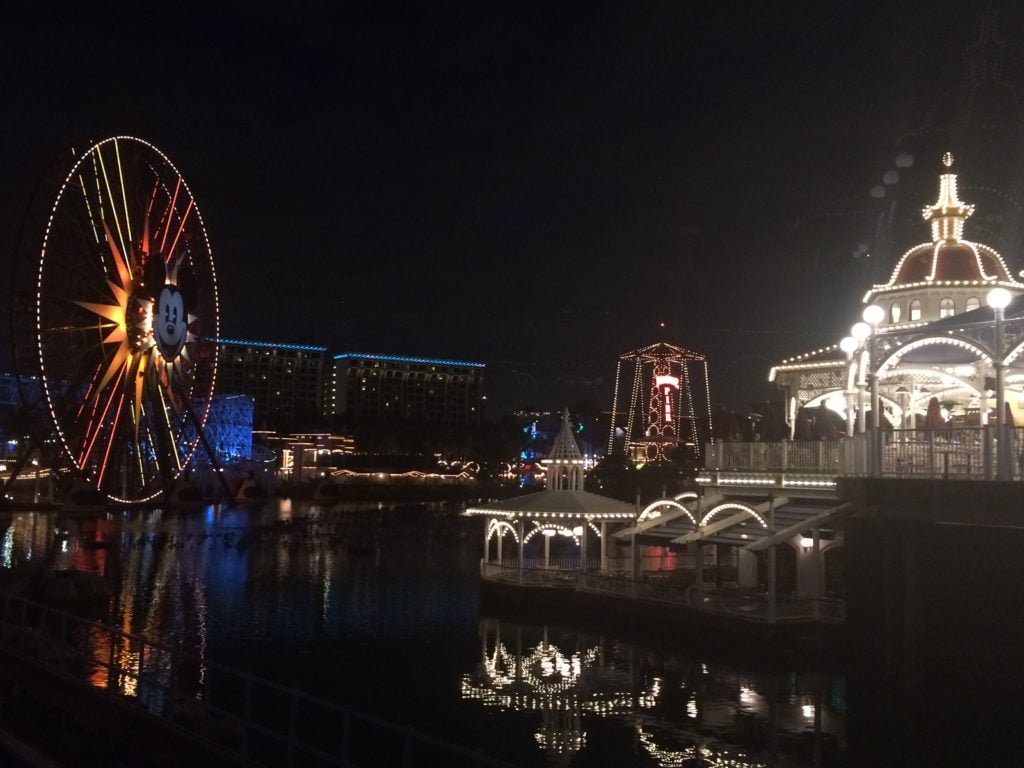 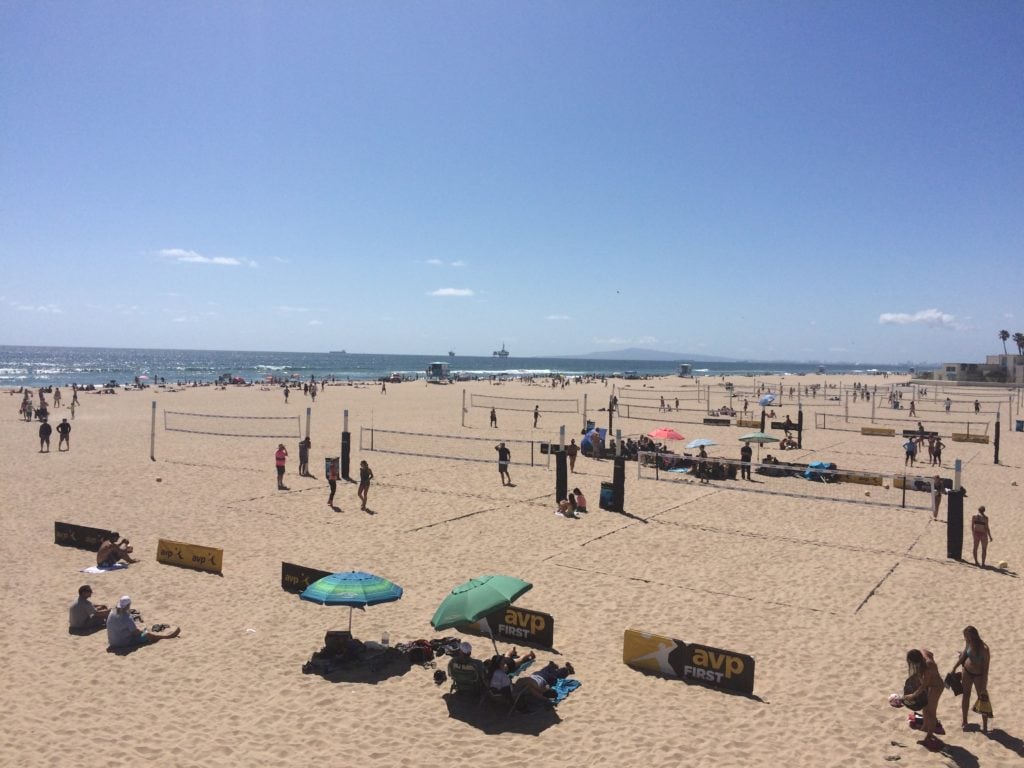 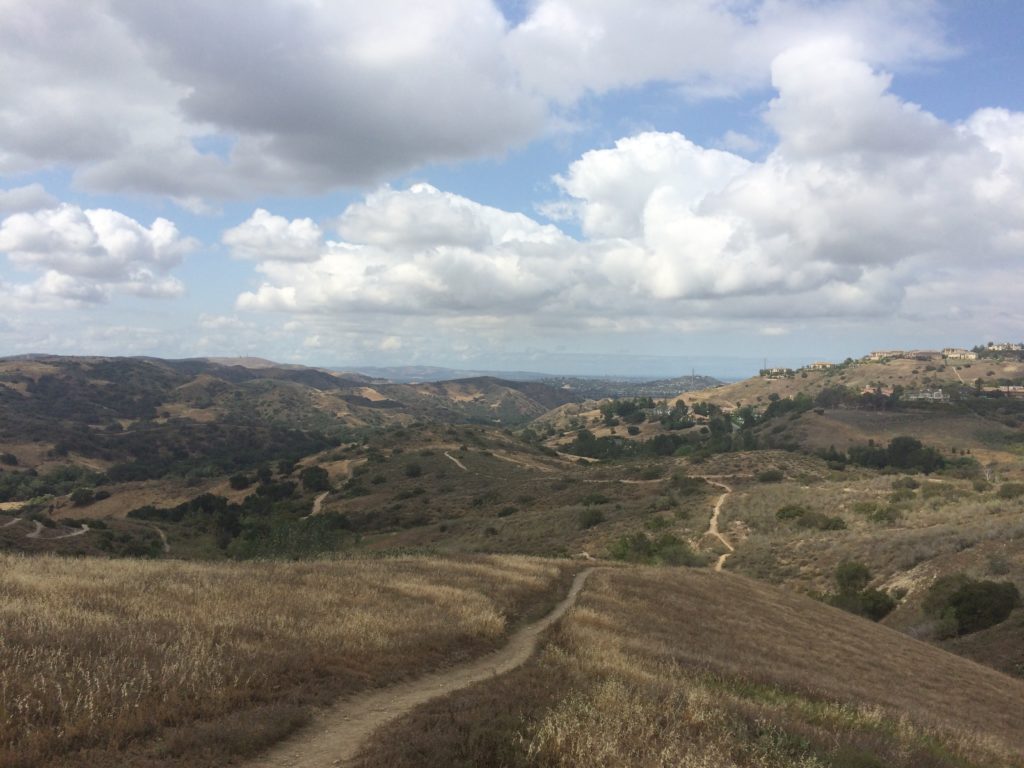 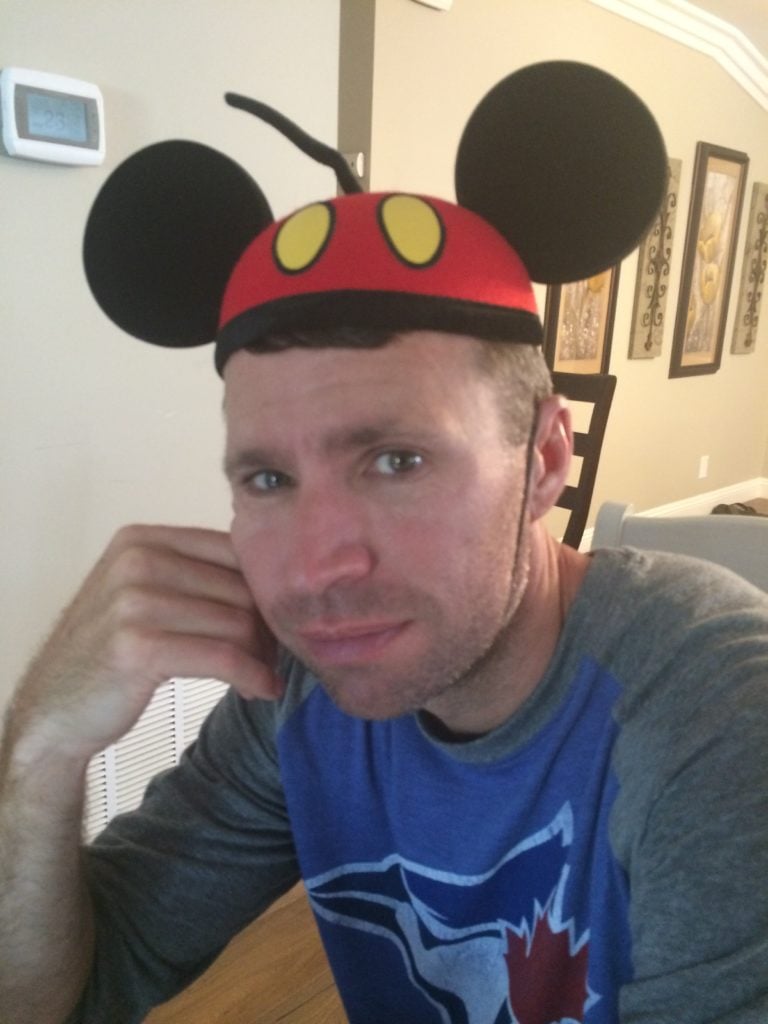 0 thoughts on “The Happiest Place in… Anaheim?”