In downtown Pattaya Saturday, 14 year old Subway Sandwich Artist, Thumsen Pranakorn, found herself unsure how to react when a British customer offer to pay 1,000 baht for her, roughly $US30. She had become increasingly uncomfortable as the heavy, balding foreigner responded to her question about sub toppings by loudly proclaiming that he wanted “the works, of course”, laughing raucously. Then, ignoring her query about adding chips and a drink, he instead commented on how pretty she was, wondering aloud when she got off work. Finally when she told him it would be 109 baht he quickly made his inappropriate offer, using the exact same line that had been working like a charm in Pattaya go-go bars all week. When she did not reply, moving quickly on to the next customer, he sauntered off undaunted, adding “I’ll be over here if you need me!”

32 year old Kenny Borstein of Washington, DC readily admits that his narrow shoulders, rapidly thinning hair and chronic body odour have contributed to his lack of past success with women. And, although he notes that he has “sort of had sex” a number of times, he doesn’t necessarily consider himself an expert on the subject. Since arriving in Pattaya, however, he feels he has really begun to come into his own.

“It seemed like I never really fit in at home but here, well, these people really seem to get me”, said Borstein. “I don’t know if it’s my new glasses, or maybe because I have so much more body hair than Thai men, but I’ve noticed a lot of women looking at me here. I know I’m feeling more confident and the ladies, well, I think they’re really starting to pick up on that.”

Friday night he was actually approached by three different girls, all three inviting him to an undisclosed “party” while he enjoyed himself at Sammy’s Good Time bar. He decided to decline, however, not wanting to come between friends.

A recent campaign touting Pattaya as “a great family destination, fun for all ages” appears to working, but not everyone is happy about it. 38 year old Sarah Collins of London, England recently came to Pattaya with her husband and three children based mainly on a brochure she received from her travel agent advertising beaches, go-karts, a zoo and fun, family-oriented restaurants. While she agreed that all these were available Collins said she felt extremely uncomfortable letting her kids build sandcastles just a few metres from a hairy, sunburned man in the act of having his genitals massaged by an attractive roving masseuse, and claimed that simply walking down the street from their hotel resulted in potential whiplash for both her husband and her 14 year old son as their heads snapped from side to side, unable to resist peering at the illicit goings-on in clubs such as the “New Friend” bar, the “Lucky Finger” massage parlour and the “Cockwell Inn”.

Their zoo experience was marred by an obnoxious old Westerner and his three young Thai “friends”, finding their frequent group hugs and playful wiener-cupping inappropriate saying also that they had to skip the monkey enclosure all together when the man tried to get the monkeys to perform sex acts by grabbing his own crotch and thrusting his hips in various directions.

The final straw came on the go-kart track when the heavily made-up attendant with long hair, stiffly protruding breasts and a 5 o’clock shadow buckling in her 11 year old son pinched his nipple and asked him if he’d ever been “donkey-punched”.

The presence of Canadian Laynni Locke lounging alone by the pool caused uneasiness among the regular guests of the Inntown Holiday Hotel on Friday. Despite Describing herself as “nubile”, observers only mentioned the lightness of her skin in comparison to the rest of the female guests. The pool attendant, Songchai Pramasudh, explained that almost all their guests are couples, generally foreign men who drink heavily and sunburn easily, with local women searching for true love, usually a few times a week. These couples looked upon Locke with suspicion, their smiles dropping away sharply in obvious confusion. Meanwhile, the several single men, those who had already “broken up” with their overnight girlfriends, also appeared visibly perturbed at having to tone down their normally bawdy discussions of the previous night’s activity. Songchai noted his surprise at their conversation.

“They were talking to each other quietly, very politely, asking about each other’s luck, and muscle soreness, and chuckling about finding a ‘sparkplug’. I noticed because usually I hear lots of times them talking about ‘double joints’ and ‘open throats’. I was quite confused.”

The so-called Packaged Prostitution bill was passed Friday by an overwhelming 11 to 1 vote. In the end, the council chose to capitalize on the vast untapped market of foreign tourists who not only want to be picked up from the airport but also would like to receive sexual favours while driving to their hotel. In the past many have complained about the long delays before achieving sexual gratification. One man, speaking on condition of anonymity, explained, saying that by the time he clears immigration, drives to the hotel, douses himself in Old Spice, reaches the nearest go-go bar and gets a girl back to his room it sometimes takes as long as 90 minutes before he finally ejaculates. He added that, ” We can put a man on the moon but I have to wait an hour and a half  to blow my load? What’s up with that?”

The lone dissenting vote was cast by “Loi”, who in addition to her duties on the council also works as a hostess at the popular late night club “The Pump Station”. She has strongly opposed the bill since day one, citing the girls’ “freedom to be pounded wherever they choose”. She went on to give the example that allowing the hotel to dictate the location means she would no longer be free to have intercourse standing up in the men’s washroom, which not only saves time allowing her to be more efficient, but also eliminates the chance of her kneeling in something damp.

Other Headlines This Week

T.I.’s song “Whatever You Like” Adopted As Pattaya Theme

Canadian Woman Saddened By Realization She Is No Longer “Canadian Girl” 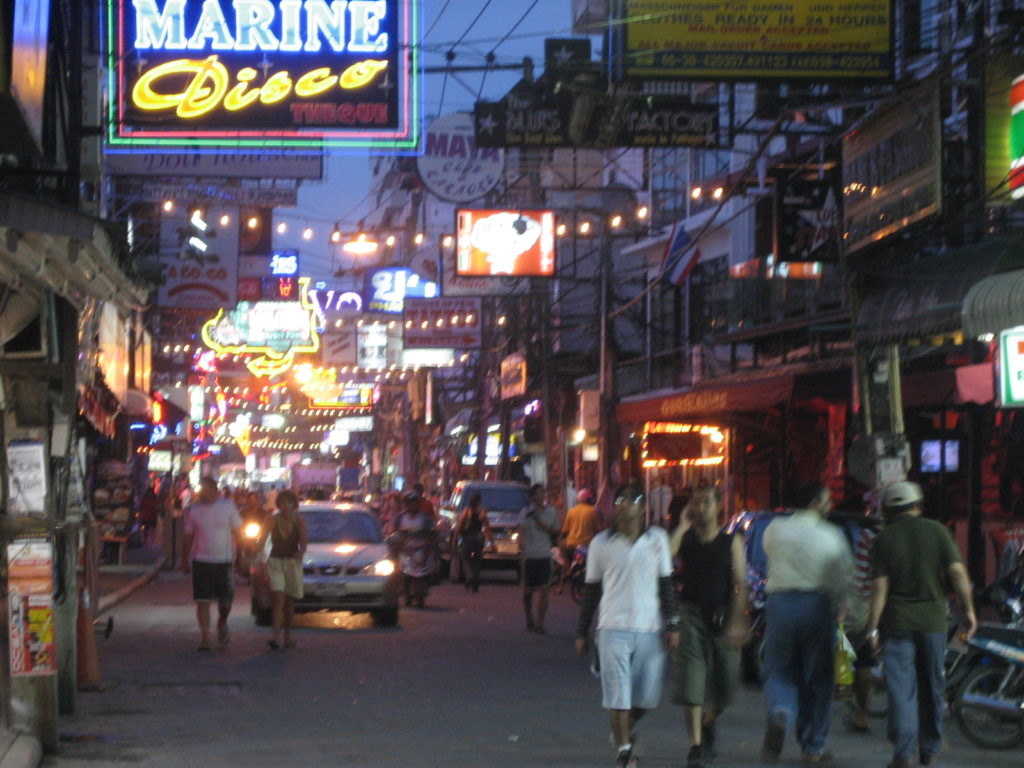 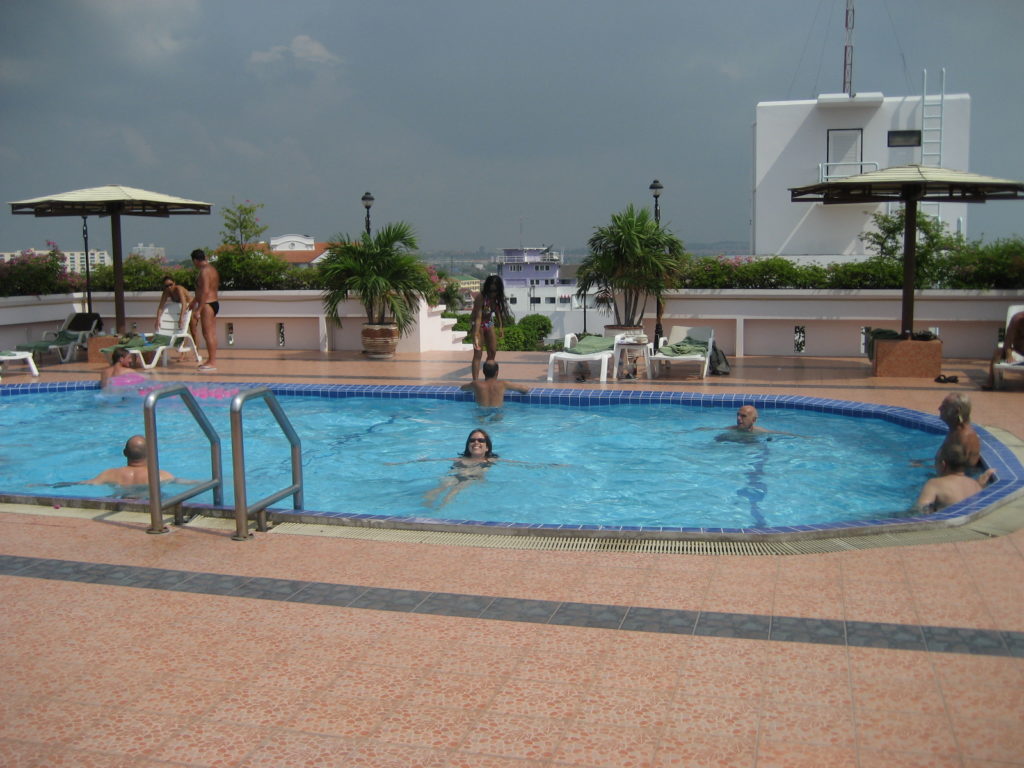 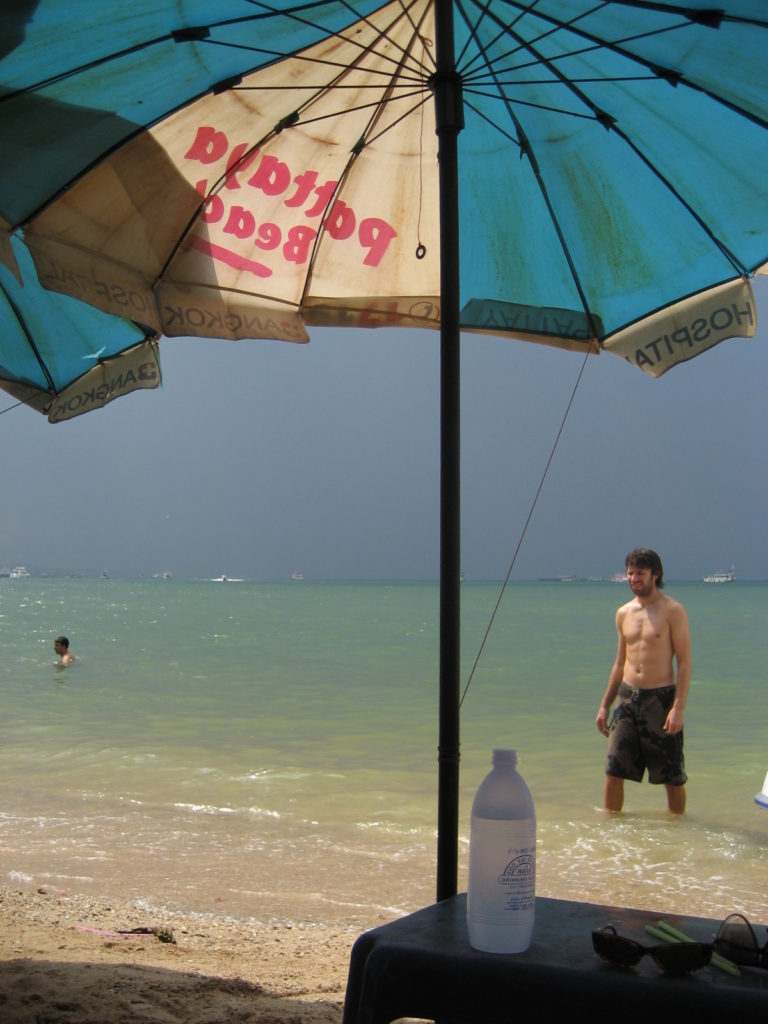