This Bump Feels a Bit Mulanje

Well, at long last we have reached the end of our East African adventure, and as I write this at my parent’s kitchen table while gazing out at barren trees and two feet of snow it is difficult to fathom just how much can change over the course of a couple days. After an amazing hike up Mt. Mulanje followed by an epic journey that included four separate flights and a corresponding number of layovers, both short and long, like my calf and thigh hair respectively, totalling roughly 40 hours from the time we squeezed ourselves sweating and anticipatory into a tiny cab on the outskirts of Lilongwe to welcome home hugs, reluctantly donned winter gear and our hesitant emergence from the doors of the Saskatoon airport into the harsh embrace of Saskatchewan winter. Ah, the magic of air travel.

Now, back to Malawi, and a brief narrative on how we spent our final week in Africa. Although Laynni was more than willing to spend our remaining time lounging on Likoma uncertain transportation back to the mainland convinced to make tracks. Plus I was starting to get a little stir crazy. Funny how a guy who hasn’t held down a job for nearly three years always starts to feel a little guilty after a certain amount of inactivity, as though punishing ourselves with another shitty bus ride, hit or miss hotel and random small talk with strangers somehow justifies our continued existence. So, thanks mainly to rave reviews from all the other travelers we talked to who had already been there, I was able to convince Laynni to head down to Southern Malawi to tackle Mount Mulanje, supposedly the 2nd highest peak in Africa after Kilimanjaro (not that we had any intention of tackling the peak, or any peak for that matter). Her main concern was, once again, the rainy season which, unlike the sporadic sputtering showers we’d seen so far in the north, was apparently in full swing down south bringing wet treacherous slopes and damp, musty sleeping bags very much into play (much as they are in Kathleen Turner’s guest room). Not that I wasn’t concerned about hiking in the rain, I’m just better at convincing myself it’ll all work out for us in the end despite no empirical evidence to that effect, usually while letting Laynni talk me out of it leaving me free to complain about what we missed without fear of argument from her since we then have no way of knowing how it would have all turned out had I got my way. Masterful, like a divorced Esso manager pleasuring a prostitute after 9 stiff rum and cokes.

Anyway, while spending a full day and night in the town of Mulanje trying to make our decision we witnessed at least 7,451 different weather patterns over a 24 hour period and, for some reason, that somehow persuaded us to give it a shot. So there we were, geared up and ready with all our belongings as rain-proof as possible, our sleeping bags and clothes in particular wrapped up tighter than a duck’s asshole, although slightly less tight than Jon Favreau’s Friday Night Jeans. We were joined by our guide, Peter, and two porters, Edson and Albert, hired to carry our gear (job creation, not laziness, he said sheepishly) and just the faintest aroma of trepidation.

The entire first morning we hiked up, up, up, in the rain, rain, rain, ensconced in a warm misty shroud and vaguely unsettled by our inability to make out the details around us, like a Motel 6 sauna during a pharmacist’s convention. The bright side of the weather was that whenever the clouds did deign to part, only briefly, like a fat girl’s thighs, we were always surprised and thrilled all over again by the sudden emergence of amazing views, like being flashed by the guy who sweeps the Credit Union parking lot.

Side note #1: We have often seen porters, workers or just people in general, walking up and down the mountain in either flip flops or bare feet, in each case assuming they prefer it that way, but Albert, one of our porters, actually shone some uncertainty on that theory by doing the whole three day circuit in just one lonely flip flop. And, since it stands to reason that if he was going to go to the trouble to wear one flip flop, he almost certainly would have preferred two, we were provided with a stark example of the true level of poverty at play in Africa. Despite being unwilling to split up my own flip flops, seeing as how they have spent the entirety of their short lives together and generally seem more in love than an electrical engineer and his oversized throw pillow, we consoled ourselves with the fact that the roughly $35 we paid him for three days of hiking, while modest by our standards, should go a fair way toward acquiring a fully matched pair, or maybe even a pre-owned goat in nice condition.

The second day was definitely the highlight of the hike, with perfect sunny weather and a more leisurely day spent meandering through verdant valleys and over scenic ridges with consistently spectacular views of rolling green hills, rocky knolls and rushing streams reminiscent of the Scottish Highlands1. That night we stayed at the CCAP cottage along with a Malawian media student who studies in Finland and was just home for Christmas, and to make a short documentary on Mt Mulanje for a university project. Thanks to his outstanding English and plentiful time spent in Europe he was able to provide us with some intriguing insights regarding some of the issues facing Malawi in general, and their fledgling television industry in particular. We also learned that the Finnish people are very scared of Canadians because of “our intense ice hockey” and that, despite our obvious and remarkable daytime whiteness any attempts to film us by dim candle light are ultimately pointless as it apparently makes us “just look like more Africans, and I have lots of those already”.

1 I have never been to Scotland, let alone the Highlands, my Scottish accent is somehow even worse than my ability to finish a sentence, and I have no overwhelming belief in the Loch Ness monster but, nonetheless, I stand behind my claim like a Malaysian hiding behind a really big tree.

Laynni was particularly taken by the hut caretaker, an old, wizened little man who was very friendly, spoke almost no English and seemed unusually interested in heating us water for a shower – either subtly commenting on our hygiene, angling for a better tip, or possibly just trying not to waste the water left over after boiling his underwear. After the camera crew showed up he disappeared briefly, returning shortly in a dashing little shaker knit sweater and a clearly committed to responding to all conversation with the heavily accented response “Cool, cool” accompanied by a sage nod.

Day three was a bit more difficult as we had to climb all the way back down the very same mountain we had worked so hard to climb up just two days earlier, the rough rocky slopes and steep descent taking its toll on our tired, shaky legs and softening us up for the many hazardous river crossings. But we did see a dead snake.

Side Note #2: We’ve been very surprised that everyone in Malawi drinks the tap water, going against the first rule of safety everywhere else we’ve been in Africa, and really just about everywhere in the world outside North America and Europe. In relatively healthy hindsight we can vouch for its apparent safety but I have to admit that in some cases its odd taste and worrisome cloudiness made me about as comfortable as having Alan Thicke jump out of our closet wearing rubber gloves and a shower cap. Which is to say, somewhat uncomfortable.

Anyway, to summarize: Mount Mulanje was incredible, one of the highlights of our entire East African adventure, and the perfect antidote to the drudgery of the final few days of a long trip and its typical days of shopping, emailing and daydreaming about the pleasures of home (real cheese, advance scheduling, overly enthusiastic commercials for final blowout furniture sales). We even made it back to Lilongwe with a full day to spare for recuperating, drying out our clothes and taming unruly body hair. Long story short, repeated use of repetitive literary gimmicks has been proven to lower cholesterol, reduce creativity and satisfy the natural human craving for repetition.

Africa: You Should See All Our Bananas! 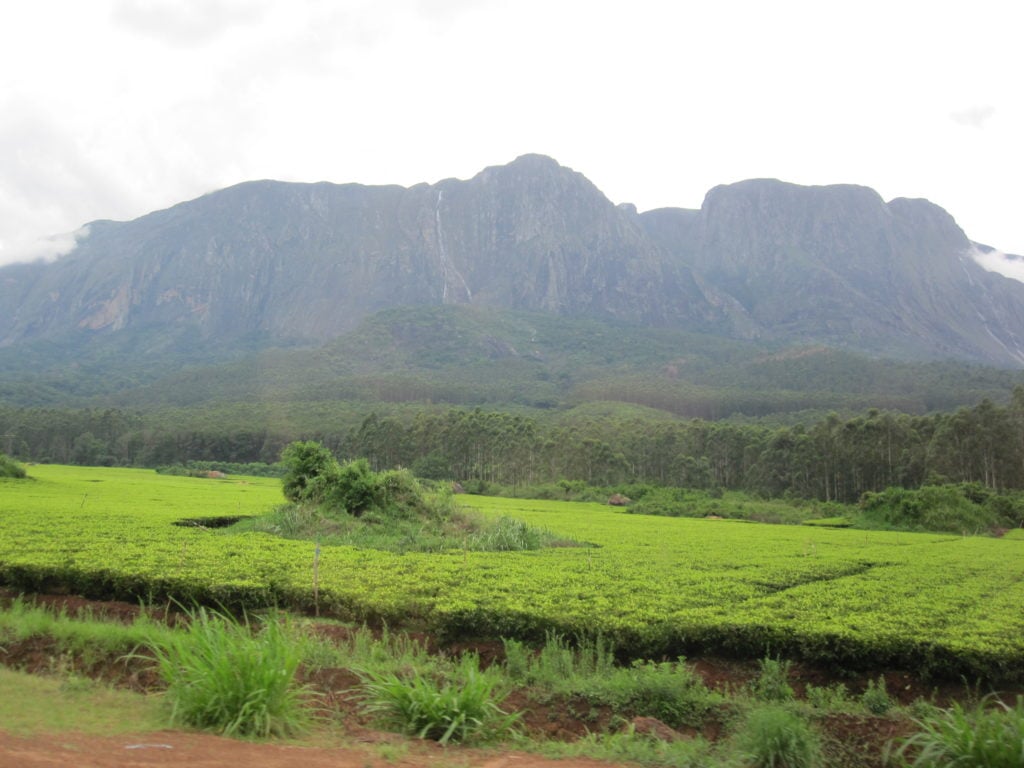 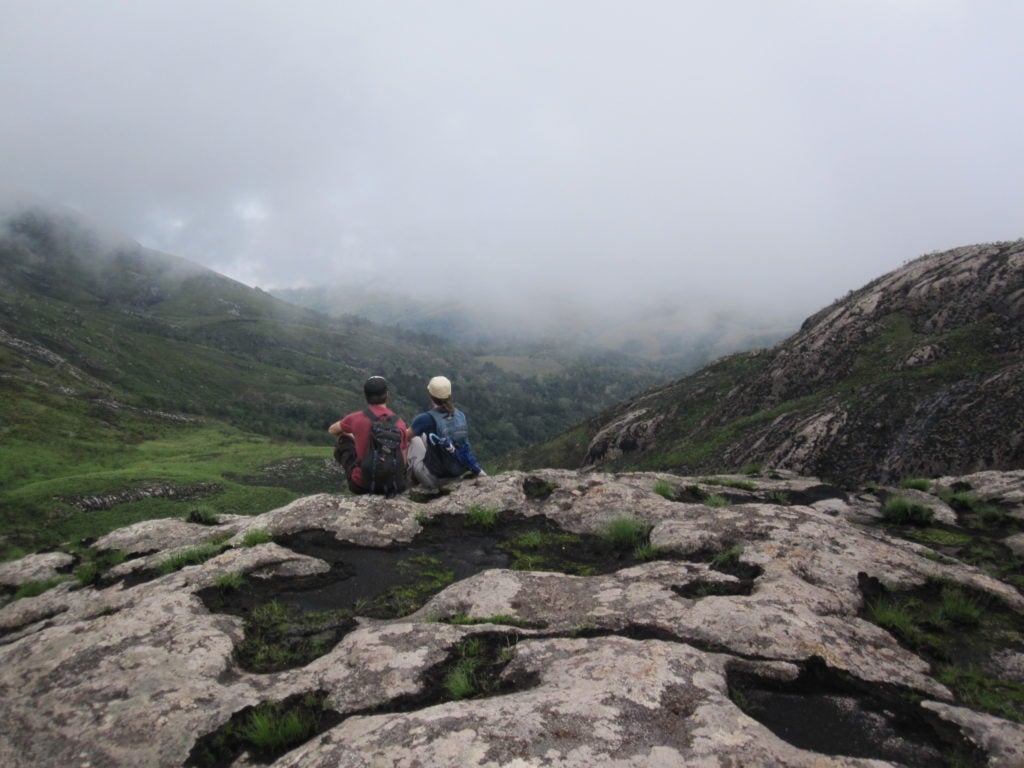 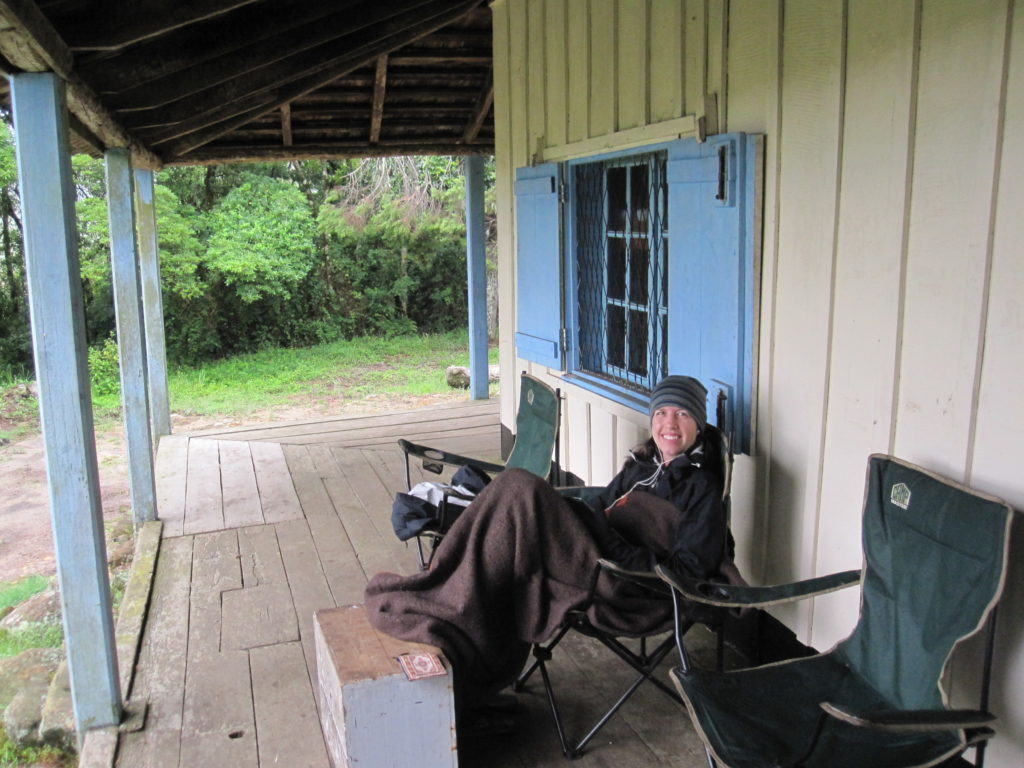 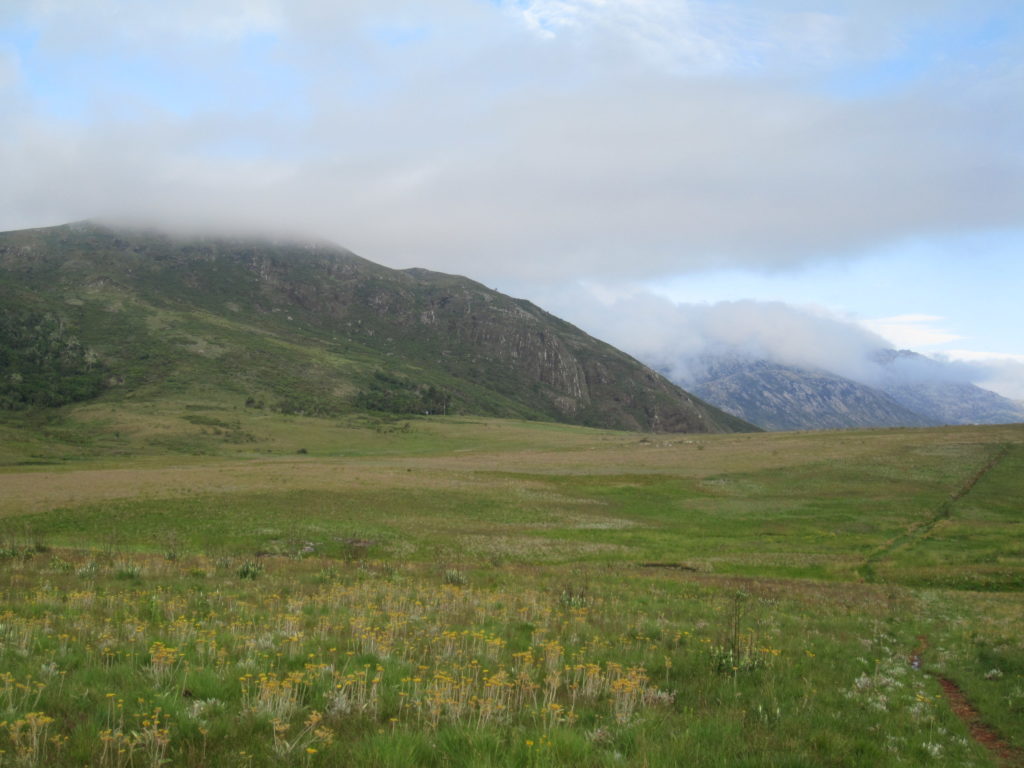 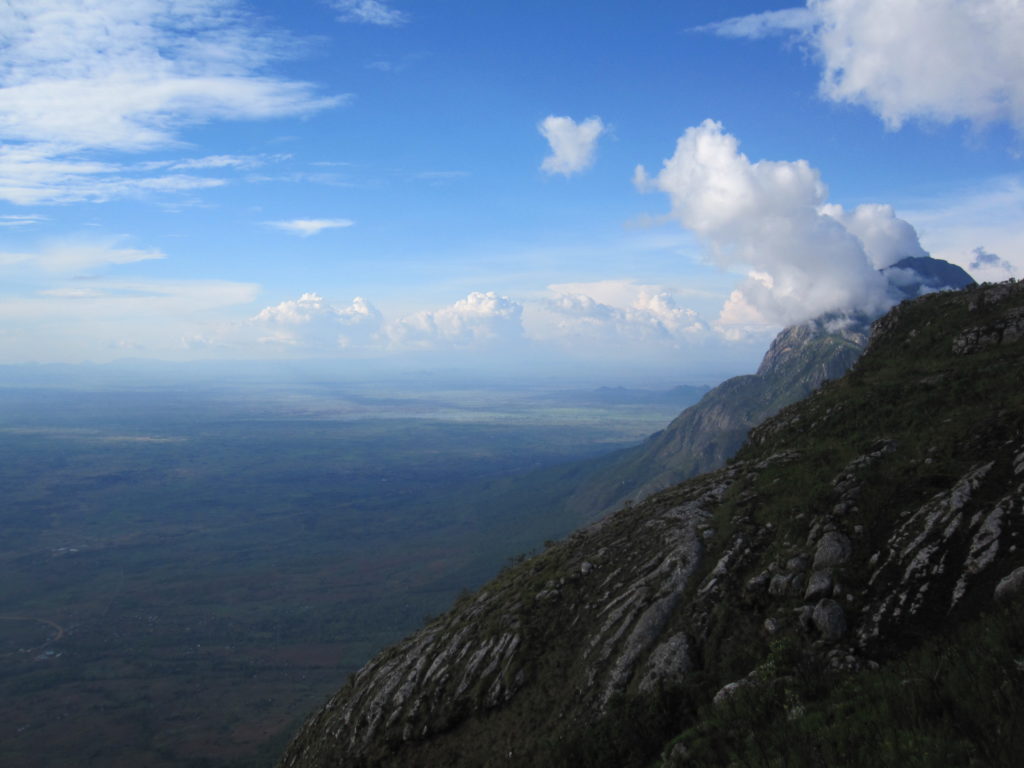 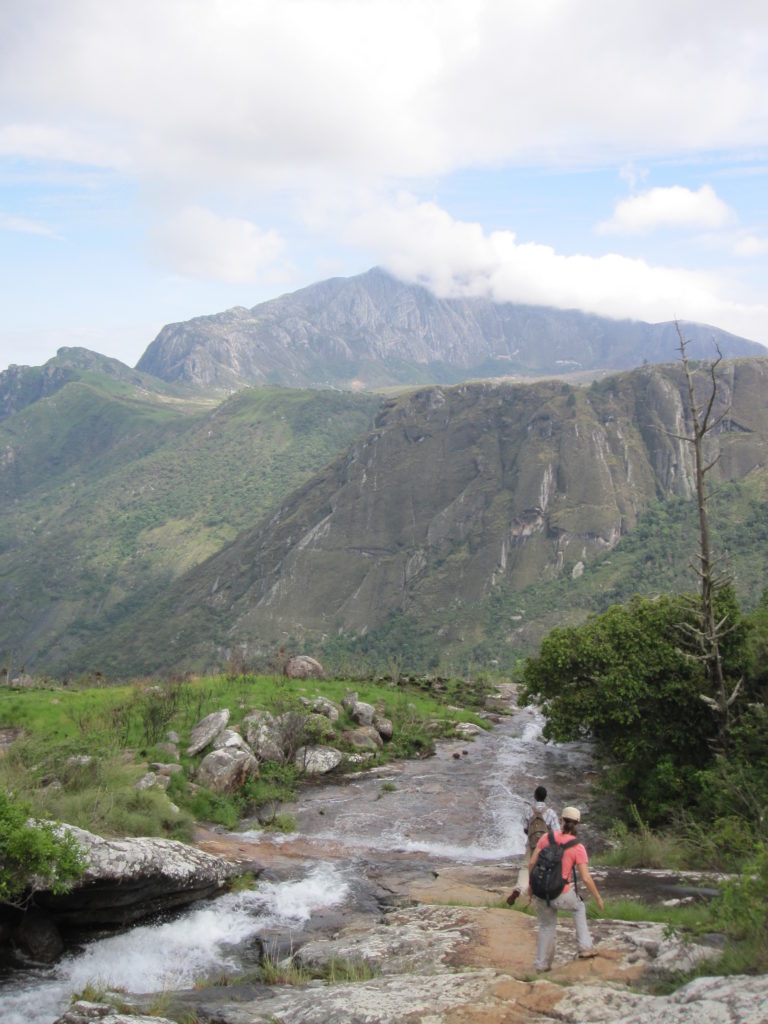 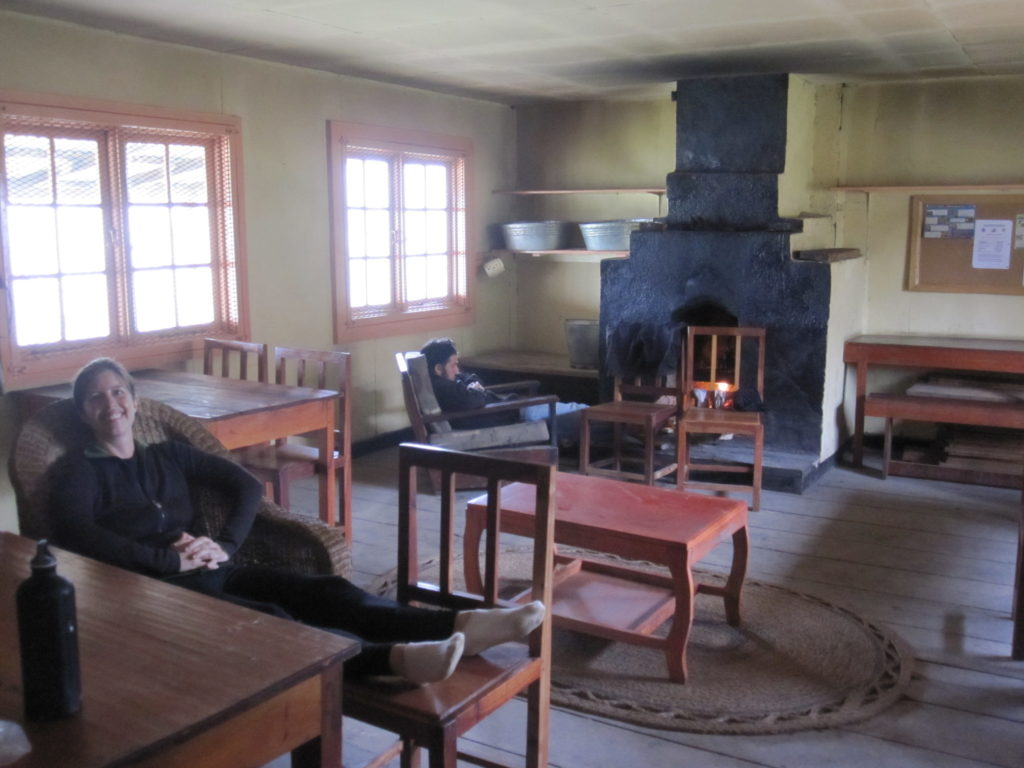 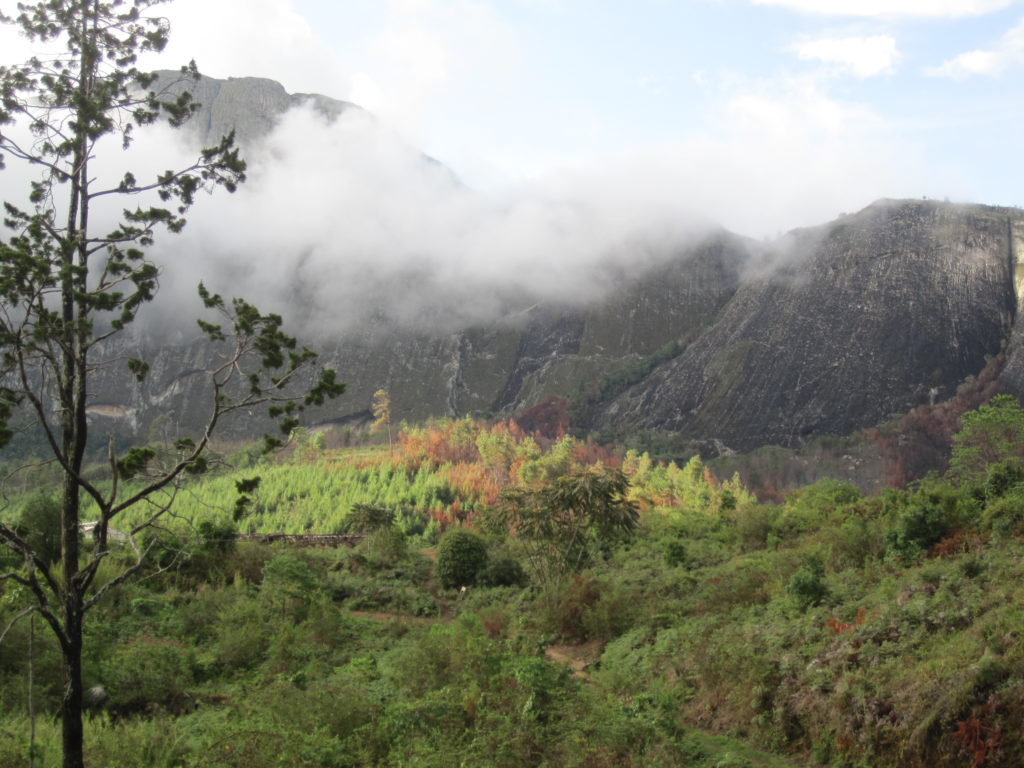 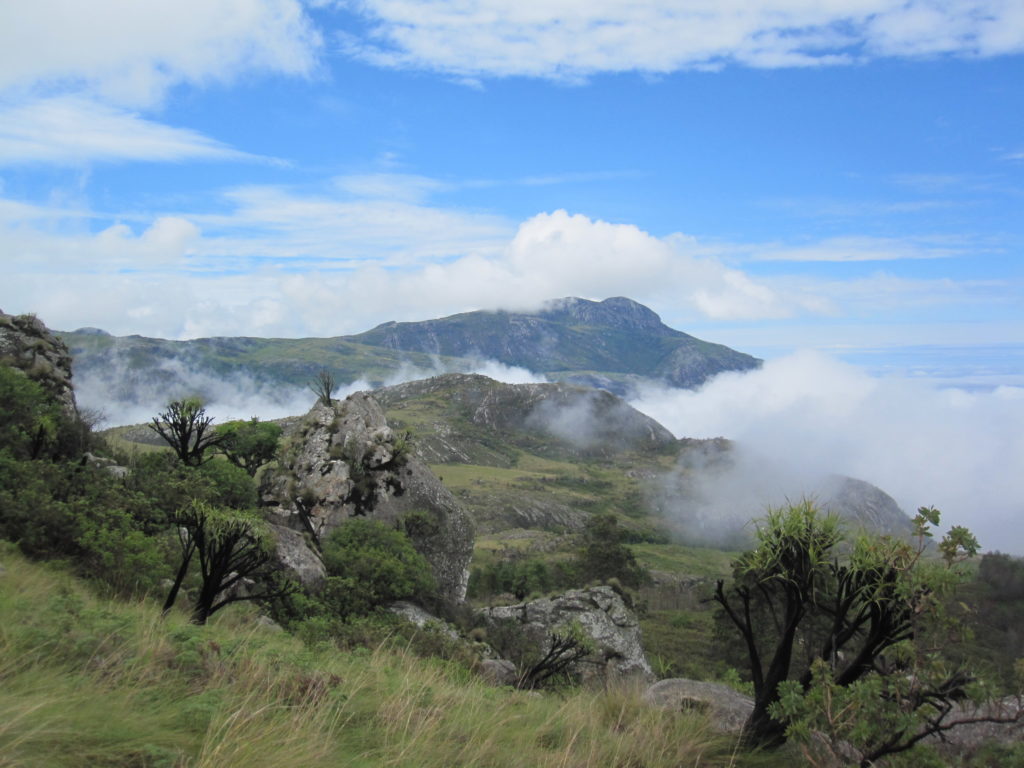 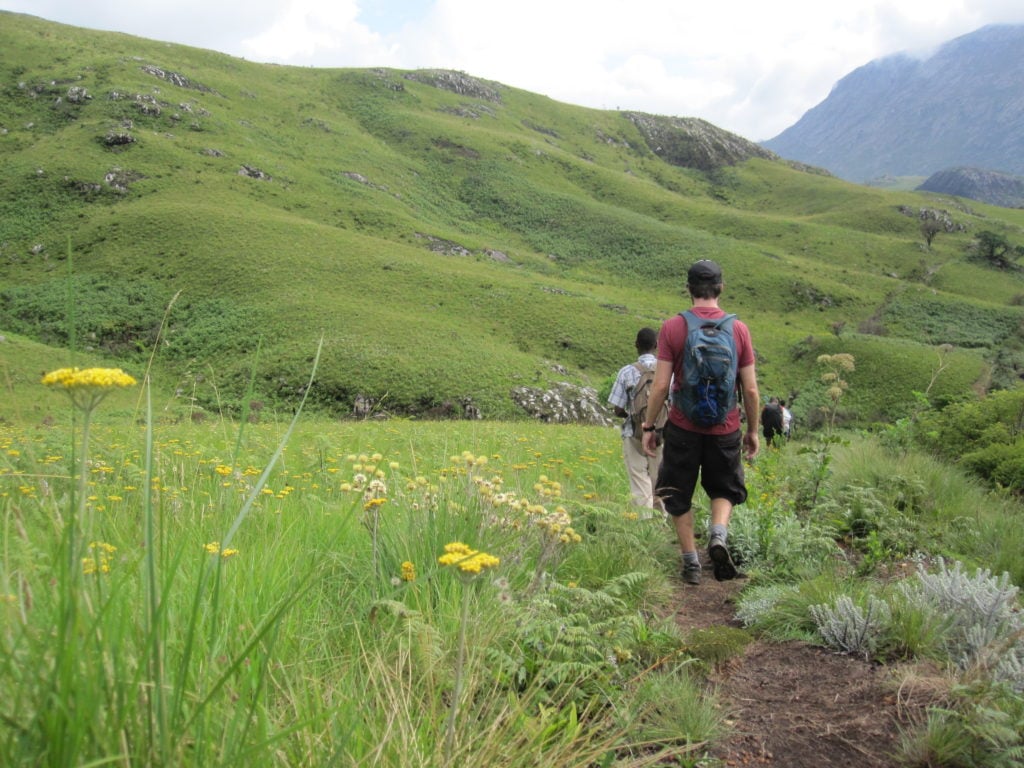 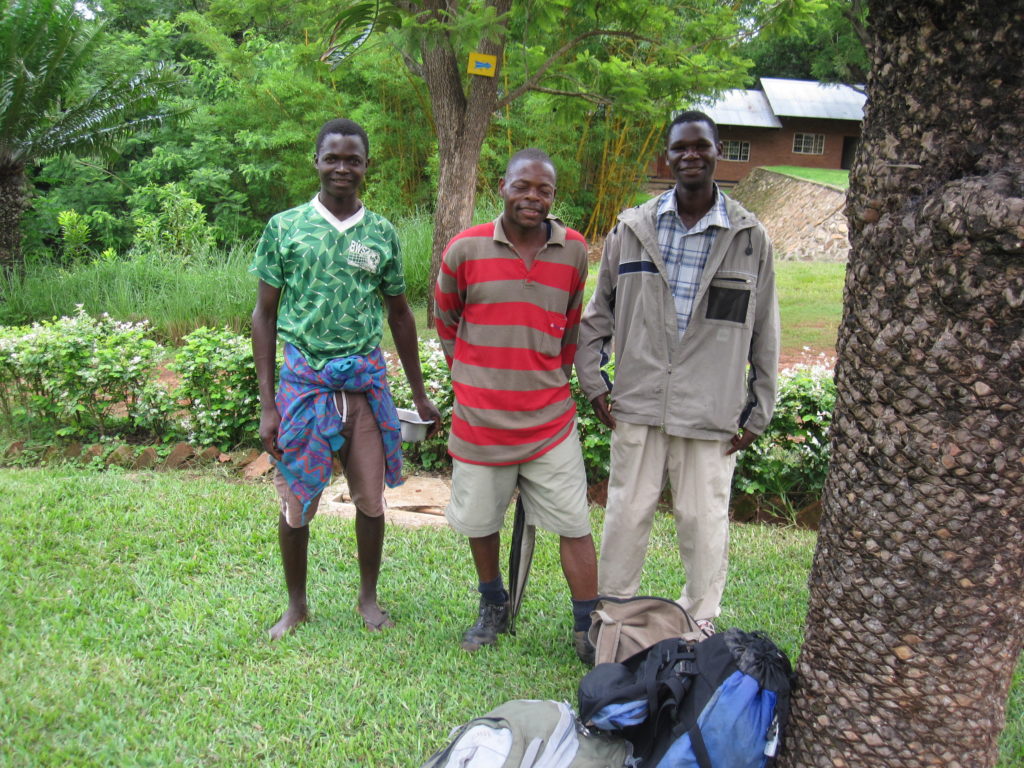