After making it out from Trivandrum, we are truly loving it here in Varkala, and we’ve barely even spent any time on the beach yet. We usually start our days with a leisurely breakfast on the roof of the hotel gazing out upon Life in a Fishing Village. You can tell that the views used to include spectacular vistas of the palm-lined beach and the deep blue Arabian Sea beyond but now, thanks to the newly constructed multi-building Shrimp Hatchery compound, unattractively squeezed in between the ocean and our row of quietly incensed hotels and their helpless owners, the sights are somewhat more industrial, yet no less interesting for that. We still get to watch guys climb 30-40 metres up branchless palm trees with nothing but a short piece of rope and a machete, long lines of men hauling fishing nets in tug o’ war style from hundreds of metres out to sea as all the while majestic crows squawk, tussle and drop shining globs of white feces on the brand new hot tin roof.

So, really, it’s little surprise that we’ve decided to extend our time here indefinitely (don’t tell Goa, we need to find just the right time to break it to her). We’re just unsure what we would be looking for there (a 15 hour train ride away) that we can’t already get here – great scenery, an easy going vibe (“sossegado”, they calls it), a good variety of beaches, tons of food options, a plentiful range of hotels and tourists , as a group, with undoubtedly the worst posture and strangest breasts to be found anywhere in the Northern Hemisphere. Beauty and the Beasts, up close and personal.

Maybe the reason for this abnormal demographic of turtlebacks and cone breasts is Varkala’s fame as an Ayuverdic Healing Centre (to the best of my knowledge Ayurveda is the practice of healing through excessive body waxing while casually flicking extremities with your finger). Or maybe they come for the yoga, which is everywhere here, manifesting itself in a seemingly endless number of yoga teachers, groups, retreats and comfortable, yet suitably Indian-esque, garb. Morning and sunset are by far the most popular times, when everywhere you look are focused people with self-satisfied smiles, colourful rubber mats  and sweat stains on their inner thighs reminiscent of an early bird flea market.

Now for the start of our:

Fear for our life

While careening down the wrong side of the road in our taxi from Trivandrum, although we needn’t have worried what with all the precautionary honking going on. As an added safety measure we occasionally closed our eyes, as well.

First night – Kingfisher. Like an unwise combination of beer, Rub A5-35 and a fisherman’s stomach acid.

While checking out some tiny cabins isolated on a bluff overlooking the beach. The ancient, and most likely tanked, manager was able to give us a confusing and pointless tour of the grounds despite his head waving around like he had lost 7 vertebrae on his way to victory in an inane smile contest and had simply reattached his cranium with a length of wiry brown string, superglue and some used tissue.

Short and refreshing . Quite warm, not so salty, rough enough to get your attention, hey, that’s almost exactly my Craigslist personal ad…

This wasn’t actually on the list to start with but for all future visitors to India….it should be. I did a cartoonish double take (whaaa?) when I realized that those awful ill-fitting tapered jeans, designed to look so trendily repulsive when wrapped around the meaty thighs and drooping asses of Europeans and those kids who think simply carrying a skateboard around is cool enough, take on a whole new meaning when draped loosely over an Indian man’s hairy, narrow femurs. Think MC Hammer, only in denim.  U can’t touch this, indeed.

Along that same line…

Stared at by Male Gawkers on the Beach

Less than fifty steps onto the sand, our meager beach attire suddenly turning heads, eyes widening in surprise, then admiration, then leering, murmurs of “have a look at those legs”, “I bet you could barely get your hand around those calves” and “do you think he dyes it that colour?” Laynni wavers between relief and indignation by pursing her lips.

Night three, me, and that most typical of spicy Indian dishes – Penne Arrabiata. Bring on the curry!

These noisy, gaudy three-wheeled contraptions can be found all over the world now but when it comes to rickshaws, and traveler’s diarrhea, the magic all started right here in India. Our very first journey in one took us across town to our hotel. So? you ask. I agree.

Not surprisingly this one was all Laynni (she has such an eye for detail, that one). Well, her and just a little bit of the old umbrella hawker on the beach caught attempting to surreptitiously adjust his lungi, or maybe he was just trying to give the ol’ sock puppet a quick bit of air. Either way, while the sighting may have been accidental, the suggestive winking came across as fairly inappropriate. Although it’s possible he didn’t even see her doing it.

Over time it appears we are quickly developing a new favourite past time – people watching. Not sexually, like your old Lamaze instructor, or even suspiciously, like the 84 year old Walmart greeter when he sees you walking out with just a travel-size tube of toothpaste. More just observing, you know? Sometimes with a beer in hand, though not always, as alcohol is generally frowned upon in Kerala and very few places are licensed so even though they will serve it you usually have to keep the bottle hidden underneath the table. Nobody seems to mind, though, as long as you don’t overdo it. Like slow dancing at family reunions. Anyway, there are few things better than being comfortably ensconced in a lounge chair in the front row of a cliff-side restaurant, watching people from all walks of life stroll by, the sun glinting off the ocean in the background as you sip beer from a coffee mug and the Backstreet Boys threaten to “sex you up”.

Next up: a spot of sarong shopping. I bought my first, and only, two sarongs back in Bali over 10 years ago. One is like my attachment to clean underwear – long gone – but the other is still in use today, although it is definitely looking worse for wear – threadbare, torn and with little bits of debris picked up from hundreds of questionable guesthouse sheets all over the world. The big question, though – how to find a sarong masculine enough to match my rugged, virile, kicking-rocks-down-the –road persona? I hate shopping and am definitely not looking forward to a long, drawn out search, but it will need to be just the right sarong, something in a coal black or security guard blue, and ideally patterned with something sufficiently male like maybe a bunch of swords, or some fierce rhinoceroses, or maybe just a lot of penises. Something manly like that.

The food in India has been terrific by the way, at least here in Varkala, where a person almost never needs to actually resort to eating Indian food (I have a system where I alternate between Thai and Italian, sure, be disappointed in me if you want, I can take it), although Laynni has inexplicably chosen to spurn this auspicious omen and has taken to trying at least one Indian dish per day. Show off. Anyway, one thing we’ve found interesting, besides the shapes of people’s breasts, is that unlike most other places in the world where finding an actual vegetarian restaurant involves a lengthy search and, most likely, a terrifying parking lot in a dodgy part of town, here almost everything comes sans carne (English, French and Spanish all in one sentence, how far I’ve come) and it’s the tiny list of meat options that is usually hidden away in a small section on the back page of the menu.  Not surprisingly, when we were in Argentina I remember we didn’t notice a whole lot of Hindus scarfing down 8 pounds of assorted muscle and entrails at 11pm like everyone else. Probably wouldn’t find as many in the cardiology ward either.

Last night, in a feeble attempt to invoke the already pretty feeble “chicken and egg” theory, Laynni suddenly stumbled over her sentence, eventually muttering something about a potato. Then she laughed at herself for a minute before explaining that what she was trying to say was that it was like that whole, um, “carrot” thing. “Potatoes and carrots?” I asked. “No, that doesn’t sound right”, she said.

p.s. I received an apparent deep tissue bruise just above my left hip while playing soccer before we left, then further aggravated it playing floor hockey. It rarely bothers me now except when I sneeze, at which point I am still reduced to huddled mess of tears and cursing while I stare around furiously in search of someone to blame. Laynni has taken to hiding behind a pillow. Just thought you should know. 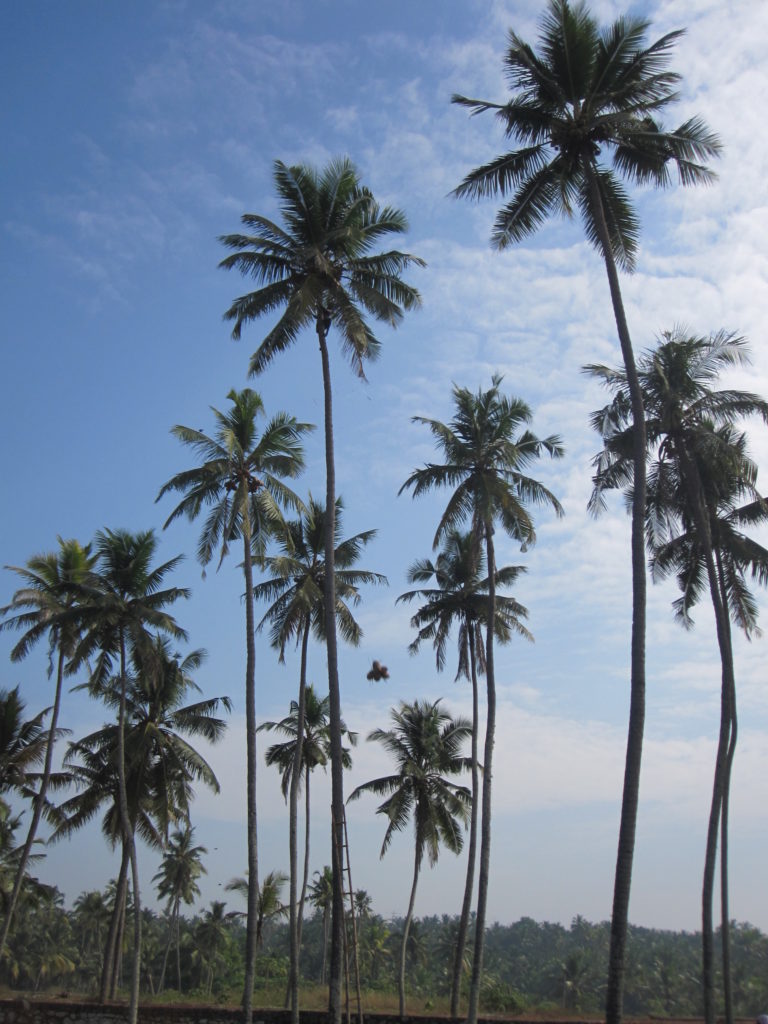 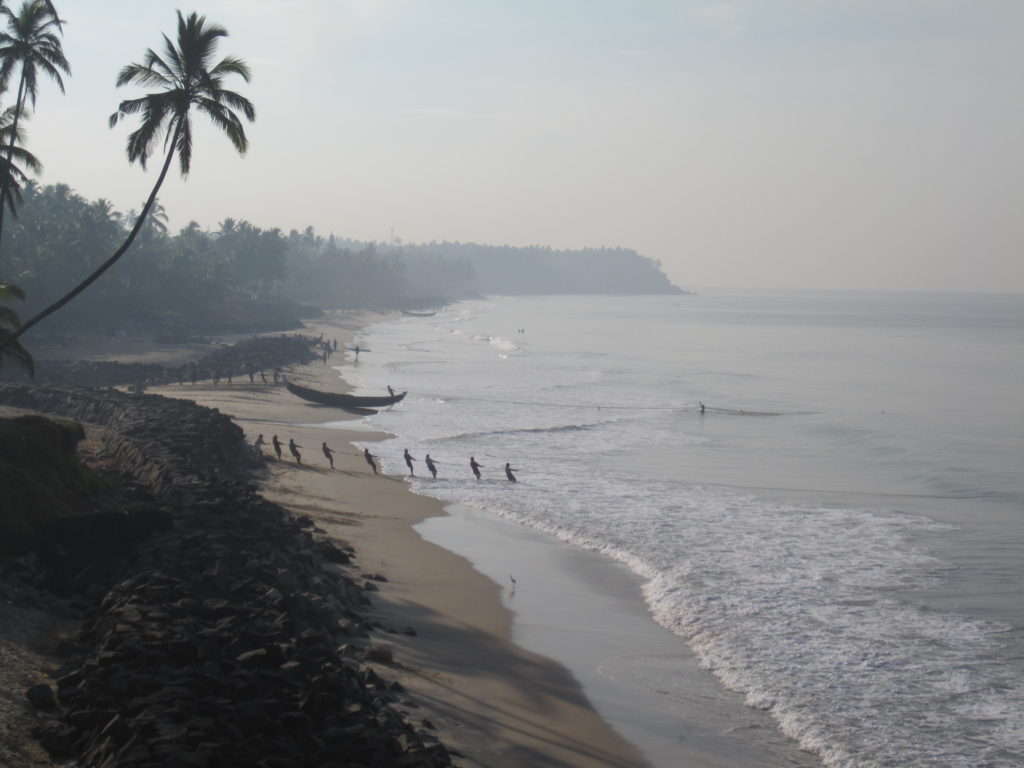 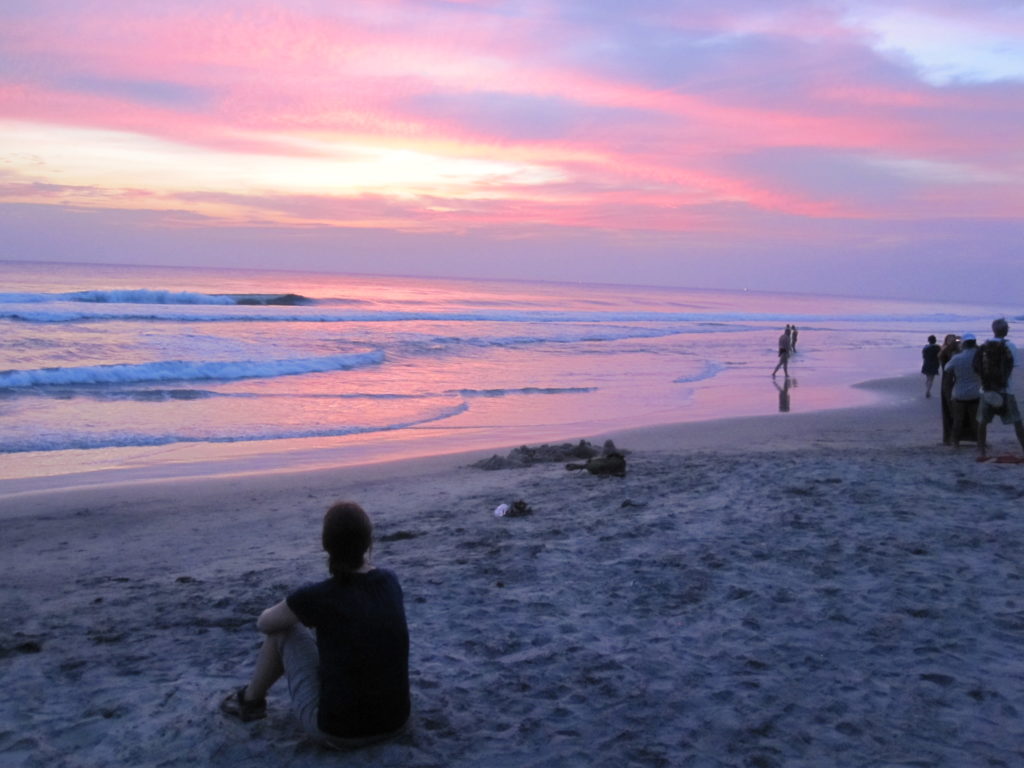 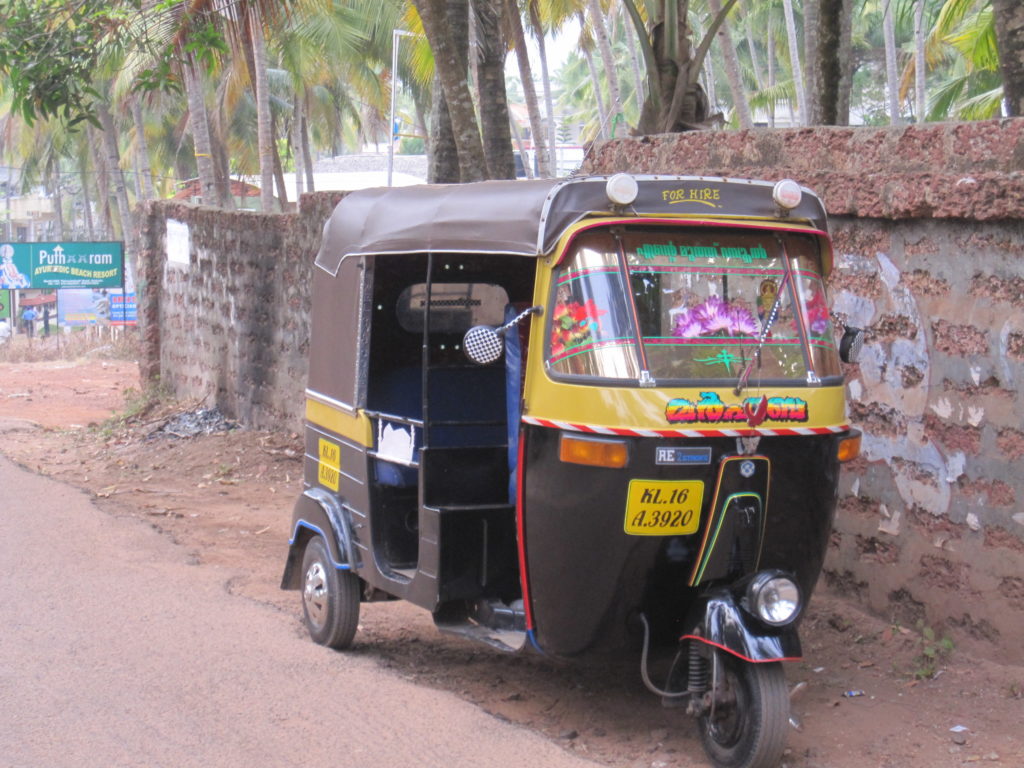 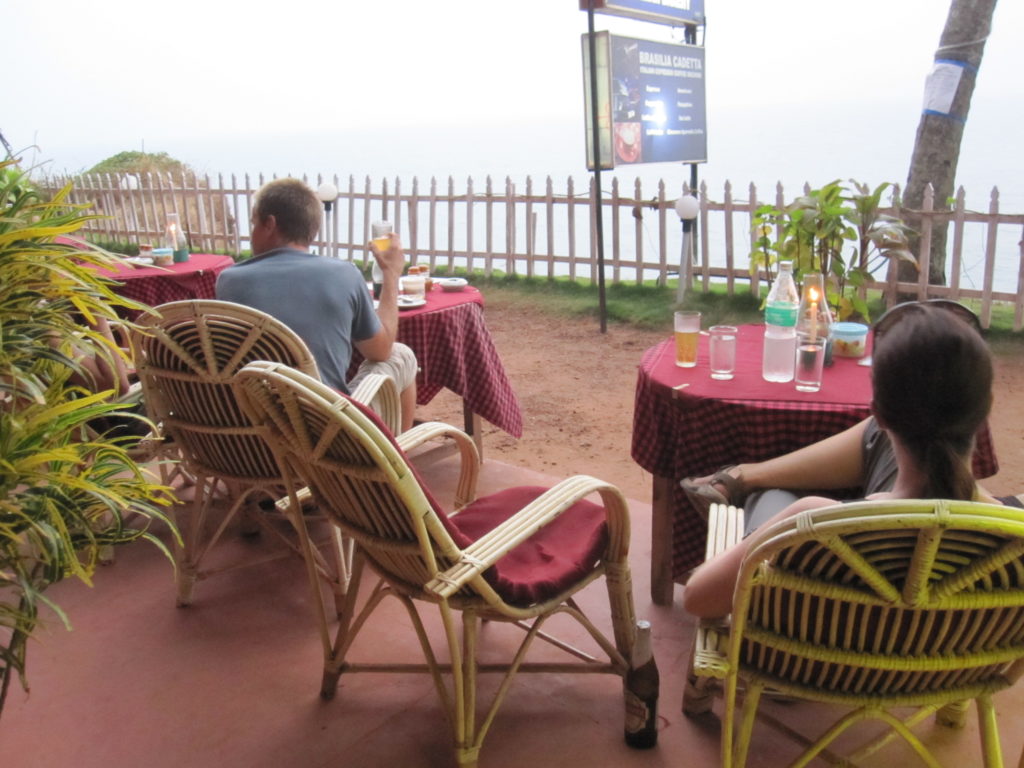 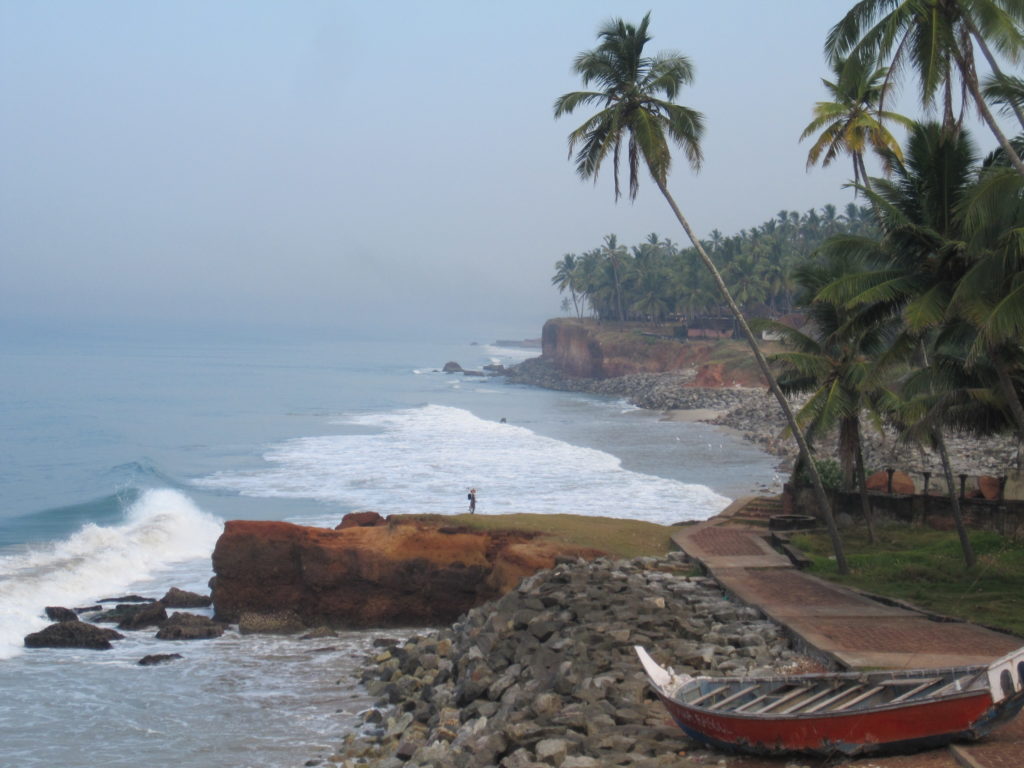