Over the years we have spent Easter in a number of different Latin American locations and while all have been fascinating and unique in their own way, they all share a few common traits, such as solemn Catholic services, wildly marauding children and impressive feats of alcoholism. So having chosen to pass Semana Santa (Holy Week) in Colombia this time around we knew it was bound to be lively and interesting. The only question was what would it be particularly memorable for? Decorating the city from head to toe in religious garb and unsettling photos of Jesus looking condemning? Intricately colourful street carpets of rice and sawdust? Carrying carefully sculpted likenesses of deities to and from the largest cathedral in town? Would they spend basically all their time either at Mass, going to Mass, coming from Mass, or thinking about ways their children embarrassed them during Mass? Not to mention parades, church services, quiet family reflection, things like that. Would they focus on the religious aspects such as prayer and quiet shame? Or the more celebratory facets of Easter such as rowdy parades and overly loud chewing of the communion wafers?

Turns out none of these things were very high on the list of planned activities for vacationing Colombians. Cartagena is always about the beaches, and never more so than on public holidays. So people flock to the coast from all the cooler, less sandily festive parts of Colombia like Bogotá (where the focus is mainly on cultivating a reputation for off the hook nightlife and bike commuting) and Medellín (an ultra-modern downtown core and plenty of places to launder drug money). At which point they would quickly strip down to their gaudy, over-sized board shorts and two-sizes two small bikinis covered lewdly by a gauzy see-through skirt, and get that party started. Namely, spending 10 hours per day on the beach either hiding from the sun under plastic tarps, or bobbing listlessly in three feet of water for hours at a time. Both while drinking copious amounts of Aguila (the cheapest local beer, and my personal favourite) and, presumably, urinating in the water a lot. On the bright side, it made for an exceptionally festive atmosphere, occasionally a Colombian beauty or two would take it upon themselves to sun bathe very nearly in the nude, and we soon began a lively competition to see which of us could spot the most butt implants. Apparently that has become a real thing in Colombia, even though most women are fairly amply endowed to begin with. Without having a lot of experience it was difficult to tell which ones were simply born lucky and which were surgically enhanced (Higher! Stronger! Rounder!) – although just as with boob jobs some people simply take it way too far and leave no room for doubt (an easy test – could you rest your pool cue on top of the cheeks without  it rolling off?) And for those lacking the available funds to make it permanent, some of the clothing stores advertise a certain type of jeans that supposedly can be very helpful in the shaping and showing of the area (see photo below).

Anyway, back to the beach, there were plenty of other fun things to watch – kids practically delirious with fun building ridiculous cities of sand and inexplicably throwing mud at each other, overweight men in patterned swimsuits passed out face-down on the beach, and a stoic sales force relentlessly offering a wide variety of cheap sunglasses, woven bracelets and low quality ice cream products. It was like if you combined Waskesiu Lake Canada Day with the PA Ex.Our personal Easter routine wasn’t nearly as energetic, nor as physically revealing, although it was pretty neat the day the wind picked up and I learned my beard was finally long enough to be ruffled by the wind. I couldn’t wait to race back to let Laynni know (it’s still not long enough to hide half-eaten breakfast croissants that I can’t finish, but does a bang-up job of soaking up stray spoonfuls of cereal). And, of course, we weren’t exactly full participants in the night life, either, which continued on raucous and wild well into the night. Usually closing up the windows and donning our ear plugs was enough to dull the onslaught, although the sheer variety of sounds floating through our window over the course of our stay was pretty remarkable:Party buses, dance music, blathering drunks, screaming children falling off inflatable bananas, soothing waves, ice cream cart bells, bellowing sunglass salesmen, a helicopter, the clopping of horse hooves and, of course, car alarms. We probably heard 15-20 car alarms per day, pre-Easter, which then really ramped up over the holiday to a frenetic 30-40 alarms per day. It was baffling. Who was setting them all off? All the cars were clearly visible to everyone, everywhere. And who was shutting the alarms off? It’s not like people were setting up their beach debauchery tent under the shade of their hatchbacks. Within minutes of parking they were a mile down the beach already enjoying their third beer and first great underwater fart. Just one of life’s great mysteries, I suppose.

On the topic of cars, we had already noticed that Cartagena traffic is pretty horrendous at the best of times and, not surprisingly, Easter week did very little to ease the congestion. Maybe most drivers were more drunk than usual, and therefore tending to be more forgetful and less rushed, but other than that it was just as hectic, times two or three. The two main streets in Laguito and Bocagrande (one leading out and the other leading in) were absolutely bursting at the seams, yet presumably it was not nearly as bad as it could be considering that 3 out of every 4 vehicles are some form of public transport. The streets are a messy mix of tiny yellow taxis darting in and out of traffic, honking all the while in what they obviously feel is a friendly and clever form of marketing, and countless varieties of buses, honking in a much louder, more aggressive manner, all jockeying to stay in front of the competition and reap the rewards of yet another old lady’s 75 cents. The ones truly serious about their craft also employ an onboard marketing specialist, namely a wiry young man who hangs from the open doorway yelling at potential customers and gesturing wildly and incomprehensibly. This promotional expert generally sports a just-a-year-or-two-late mullet, elaborately embroidered but ill-fitting jeans, a pencil-thin mustache and, when properly motivated, top it all off by smoking their cigarette with a smarmy smirk that promises all female passengers that he is absolutely going to be looking down their shirt.

And there you have it, three weeks in Cartagena that seemed to fly by far faster than two weeks in the Galapagos Islands, or four weeks playing lead insolent teenager in the Broadway version of Paul Blart: Mall Cop. Since then we have embarked on a two-week whistle-stop tour of central Colombia starting in the cool, scenic Highlands, eventually hoping to move on to two more cool, scenic Highland towns, then one more cool, scenic Highland town, then Bogotá and back home (a cool, muddy, lowland city right now, apparently). Rather than subject ourselves to a 12 hour overnight bus trip we opted for a one and a half hour flight for the relatively inconsequential price difference of about $40 each. Theoretically. Ah, the best laid plans of mice and gringos. The night before the flight we received a handy and informative email telling us our flight time had been backed up from 10:55am to 11:40am. No big deal, thanks for the heads up. Upon arrival the following morning, we were sheepishly informed that while 11:40 was still theoretically possible, 3pm was probably more realistic. Once 3:15 rolled around we finally managed to track down someone willing to admit that our plane would not even be arriving until 3:30. Ok, so when do you think we will be leaving, I asked. Well, 3:30, of course, he assured me with a twirling finger motion apparently intended to convince me it would just spin a quick u-turn and we’d be off.

I wasn’t so sure. Correctly, as it turns out, although we did actually make it into the air shortly after 4. Just before 6 we were flying directly above our destination of Bucaramanga, peering out the window at a solid bank of fog as the captain announced that we couldn’t land and would be heading to the city of Cúcuta instead. After a discussion with the guy next to us and some searching in our guidebook we tracked down this city we had never previously heard of and learned it was about 300 kilometres east on the Venezuelan border. Here we landed, disembarked, were led across the tarmac, directed into an already crowded departure area and told we would be there for approximately 30 minutes. 30 minutes, that’s it? Really? Well, maybe 3 hours. Maybe 3 1/2. Who can say? But maybe 30. Turned out to be 4 1/2. Soooo close. It felt like Djibouti all over again. That’s the time our flight to Ethiopia was redirected to a country we honestly thought was fictional, at least we did until some sweaty Djiboutian official walked off with all our passports in a big garbage bag. Anyway, it was very similar, except that this time we had been smart enough to pack a Subway sub for the ride and didn’t have to resort to the week-old tuna fish sandwich the bored woman at the counter discovered hiding behind the crate of empty beer bottles.Next up: San Gil, Barichara, and careening wildly down the side of a valley on a rented mountain bike. 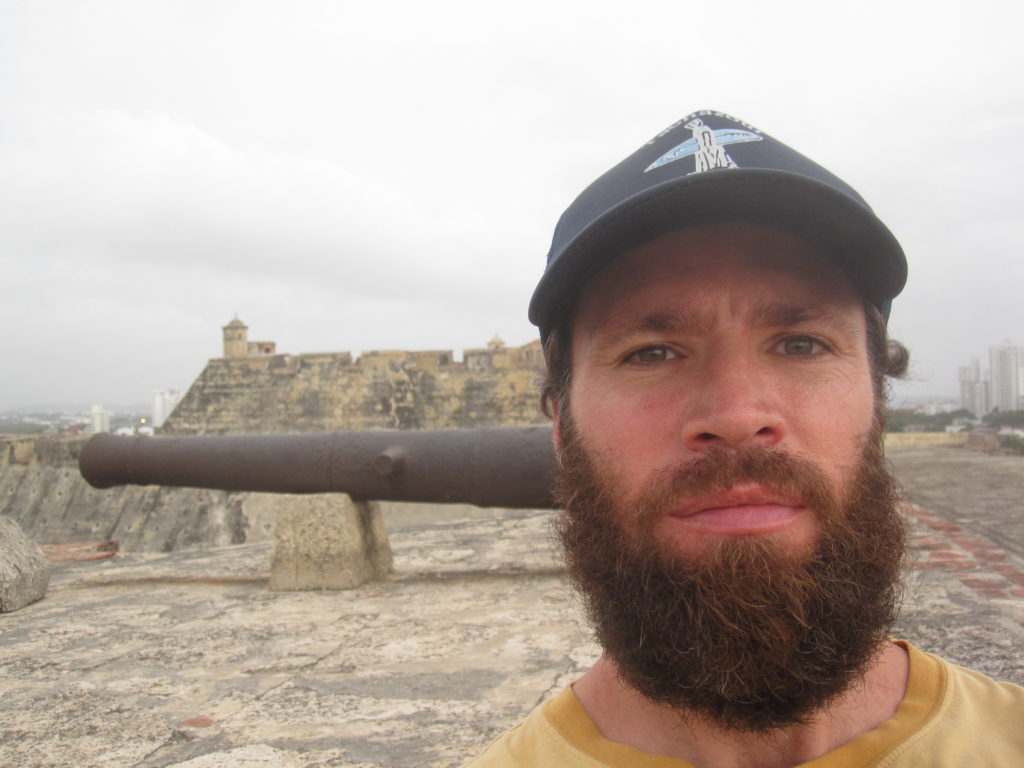 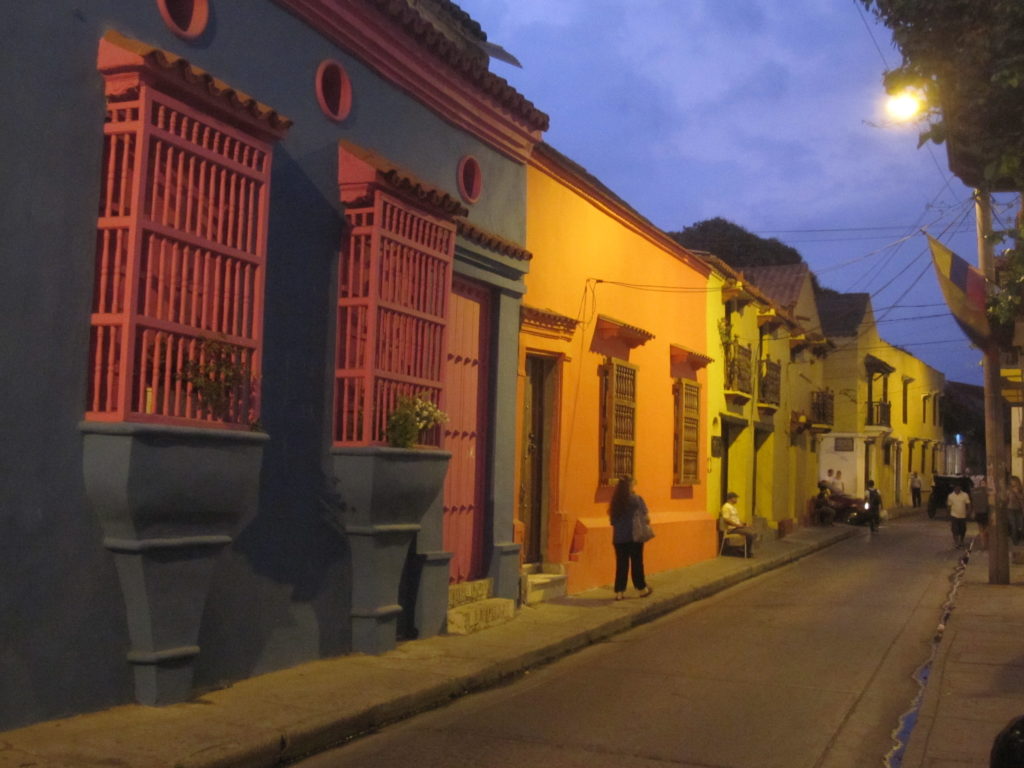 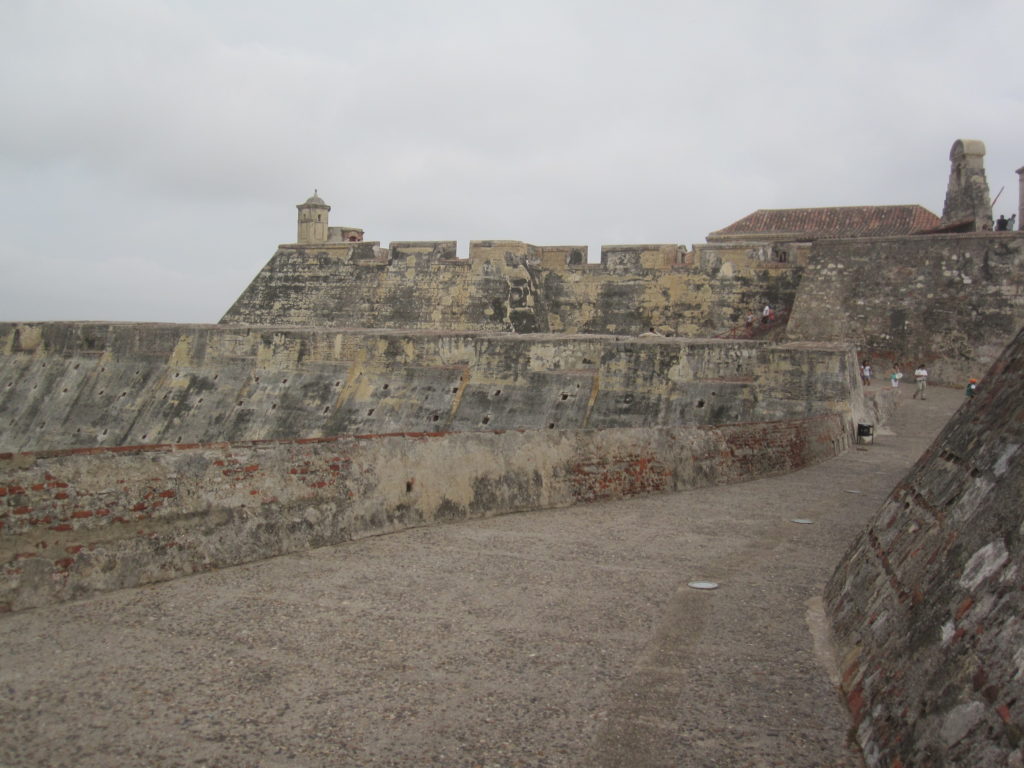 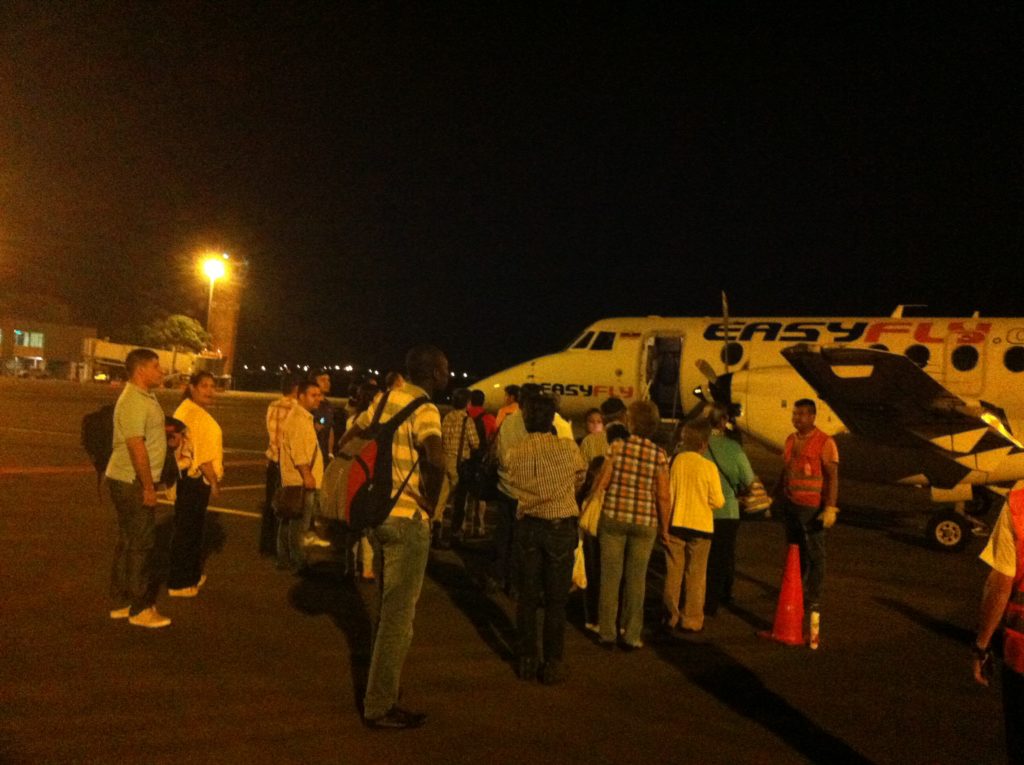 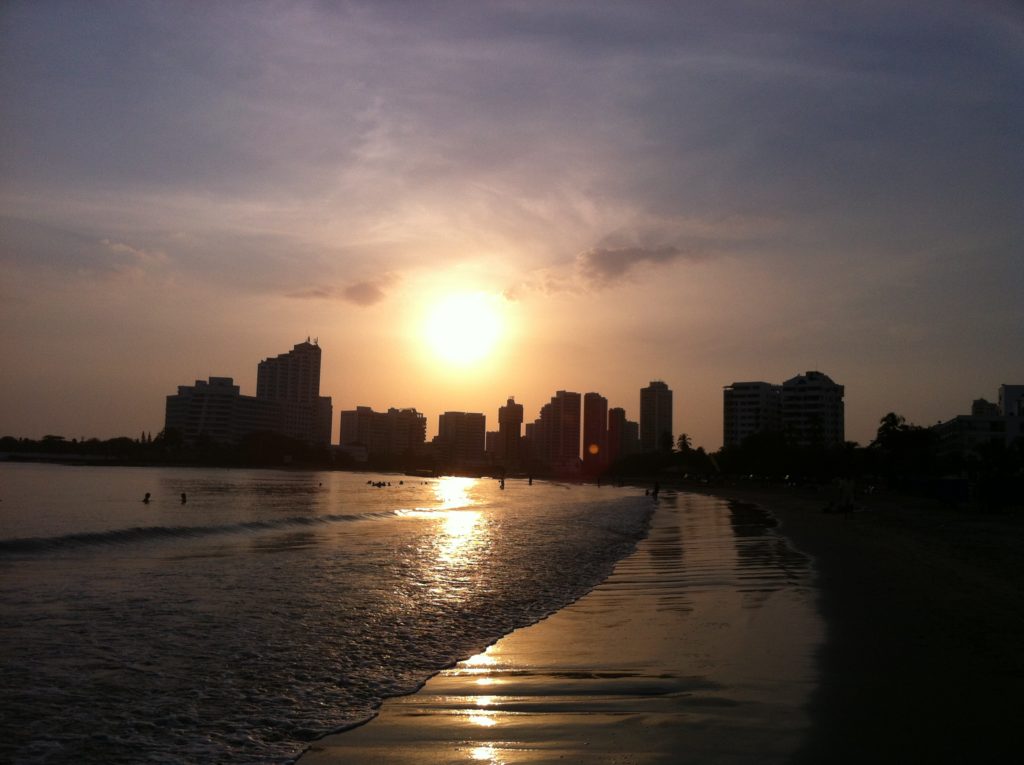 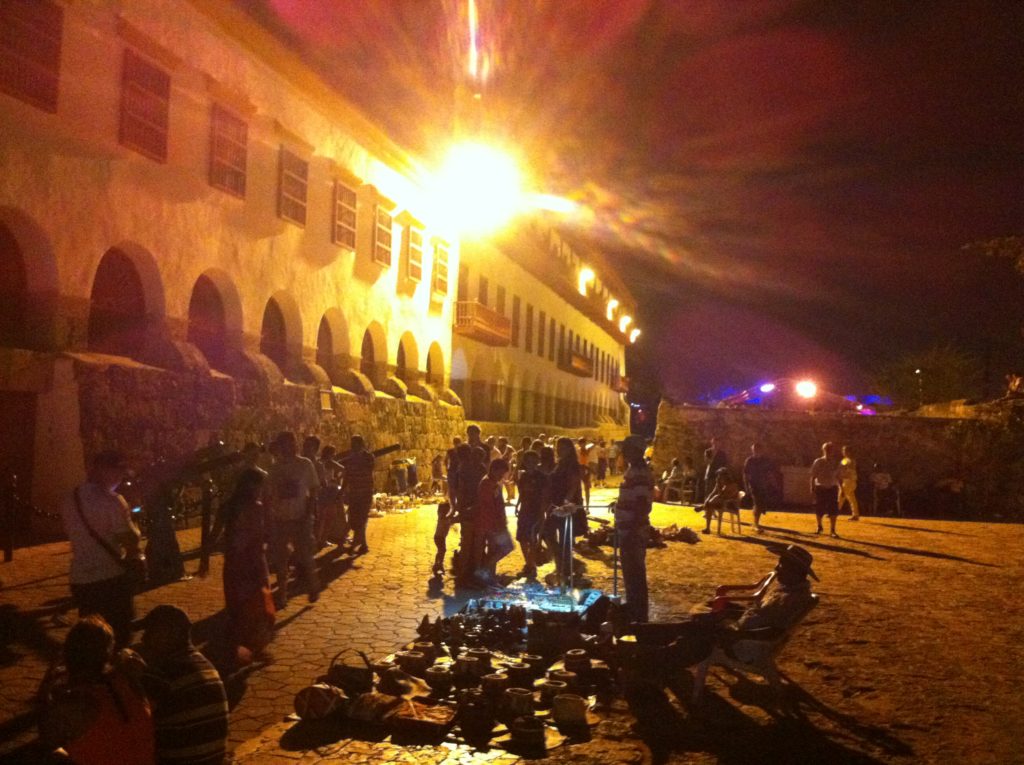 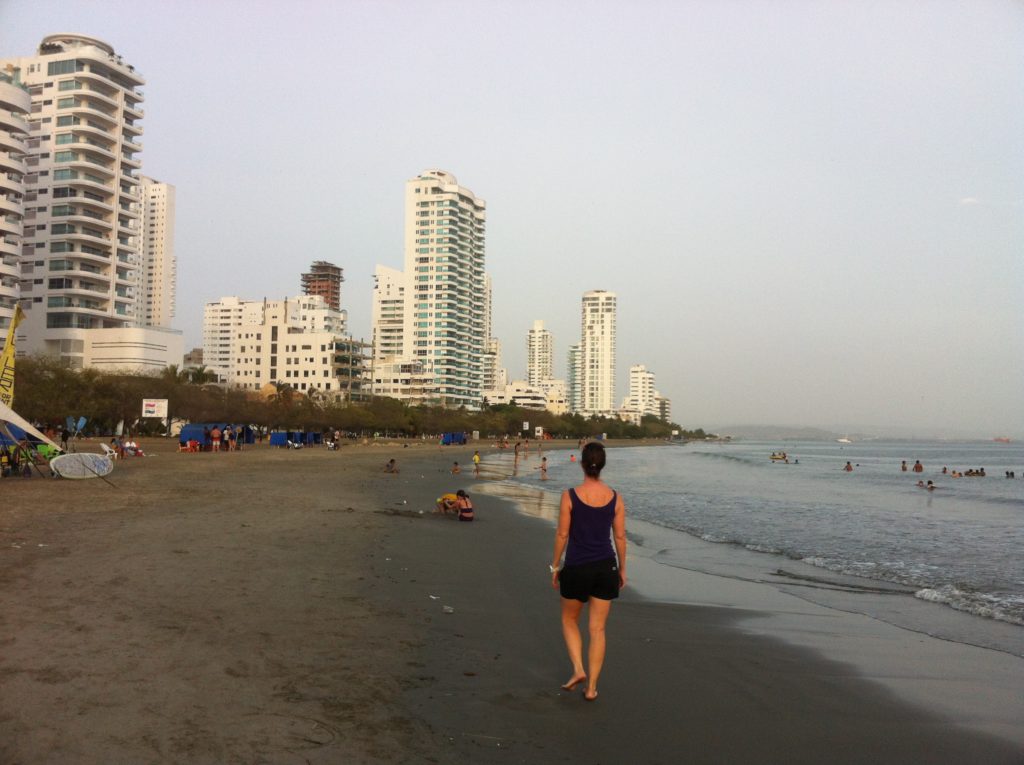 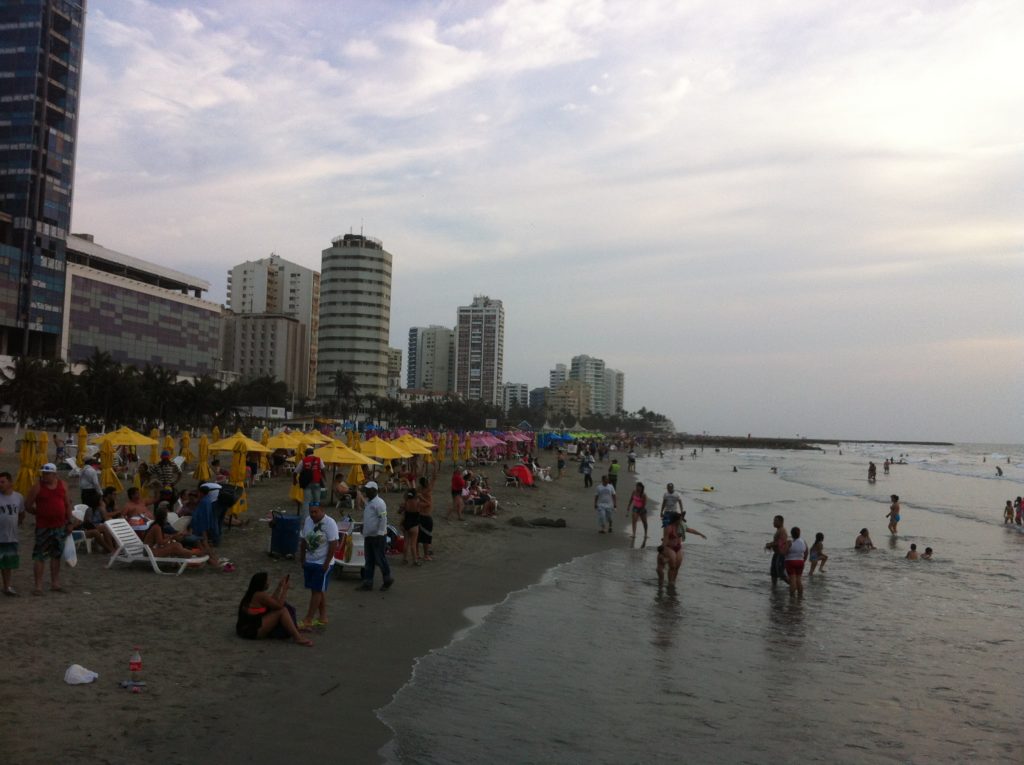 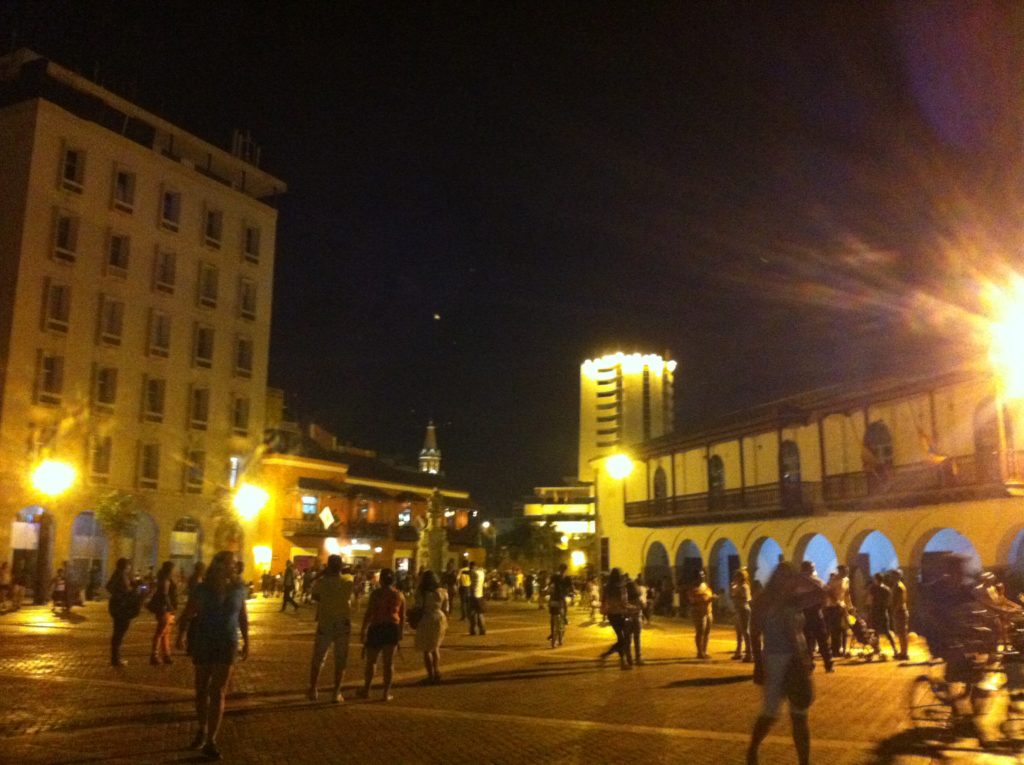 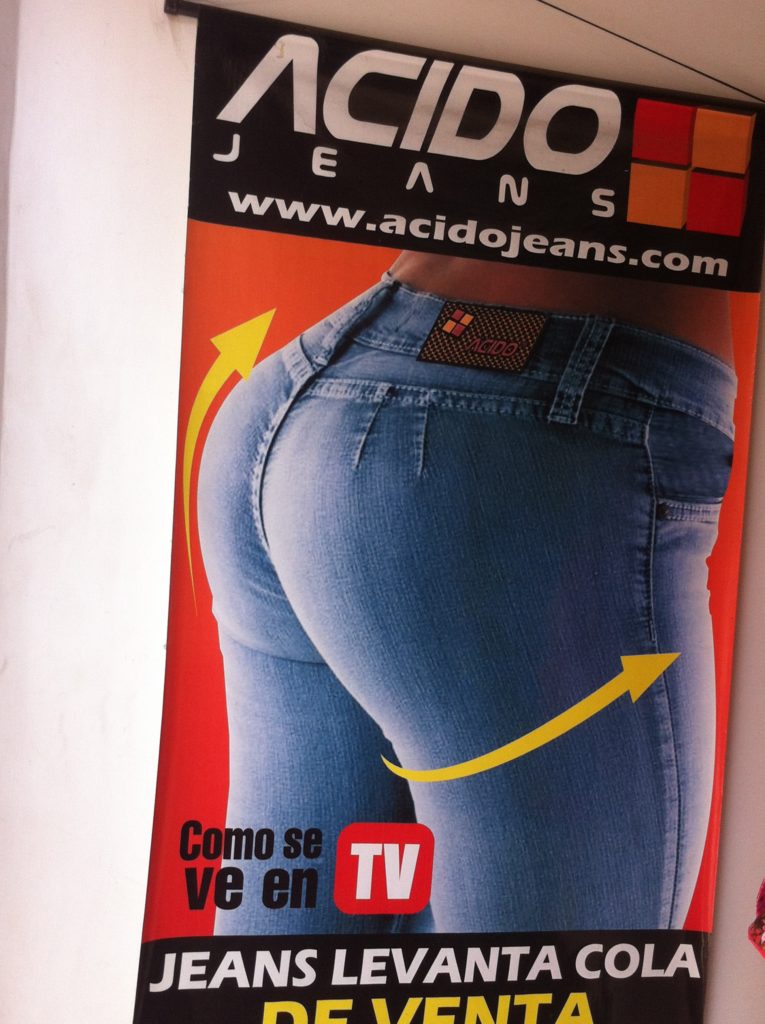 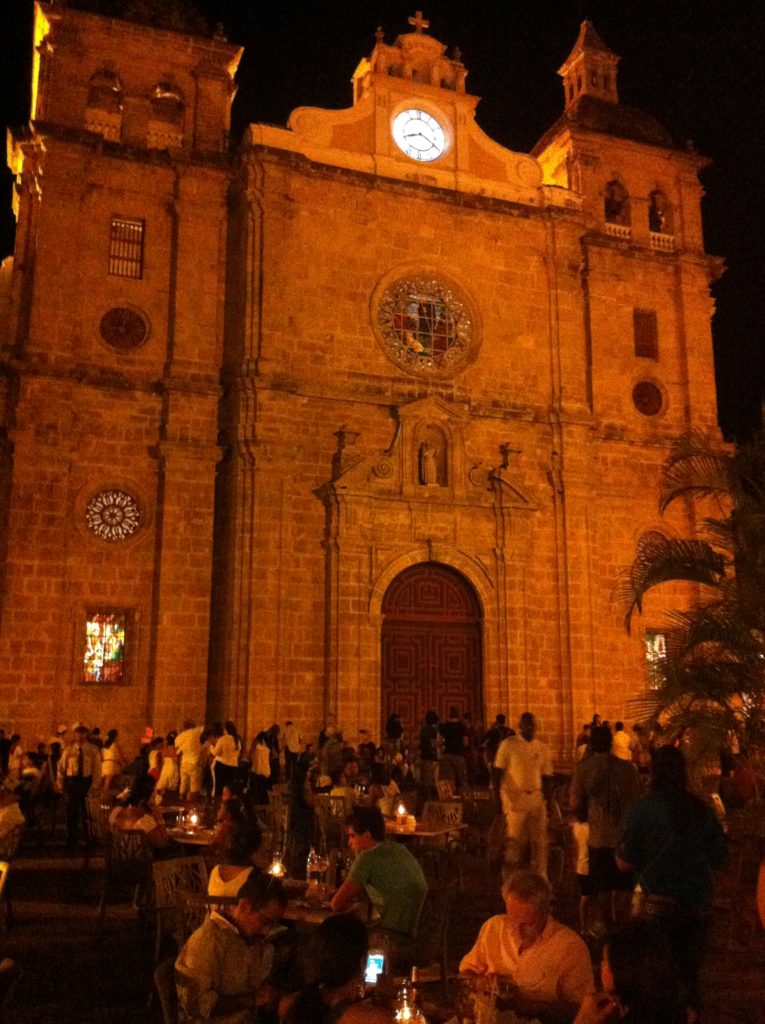 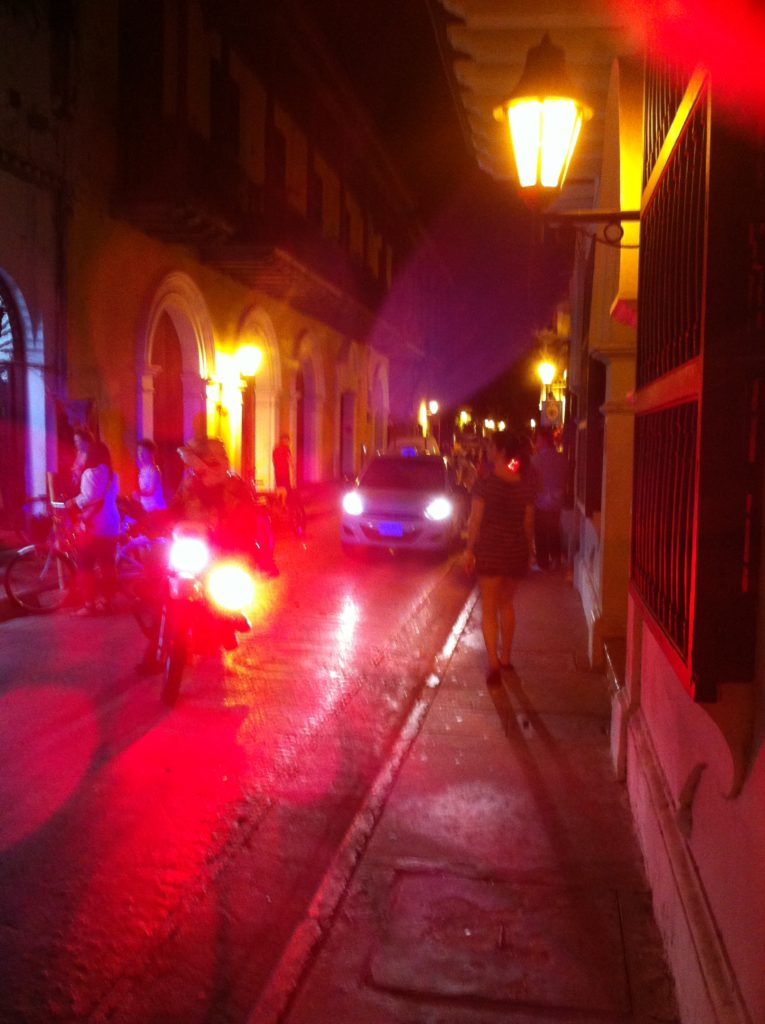