So, in the interest of making our usual effort to complicate our travel plans as much as possible, this year we decided to wedge a trip to Mazatlan into the month we had between returning from Guatemala and heading to South America. A family trip in the truest sense of the word, namely 19 of us – parents, grandparents, great grandparents, children, grandchildren, great-grandchild, cousins, aunts, uncles, nieces, nephews, and of course the boyfriends/girlfriends of a number of these. And just to take things one step further, we were all sharing one big house, reality TV style. Either Lyle and Nadine’s generous gift to their giant family, or a nefarious experiment in social behaviour and copious nacho consumption, depending on who you ask. 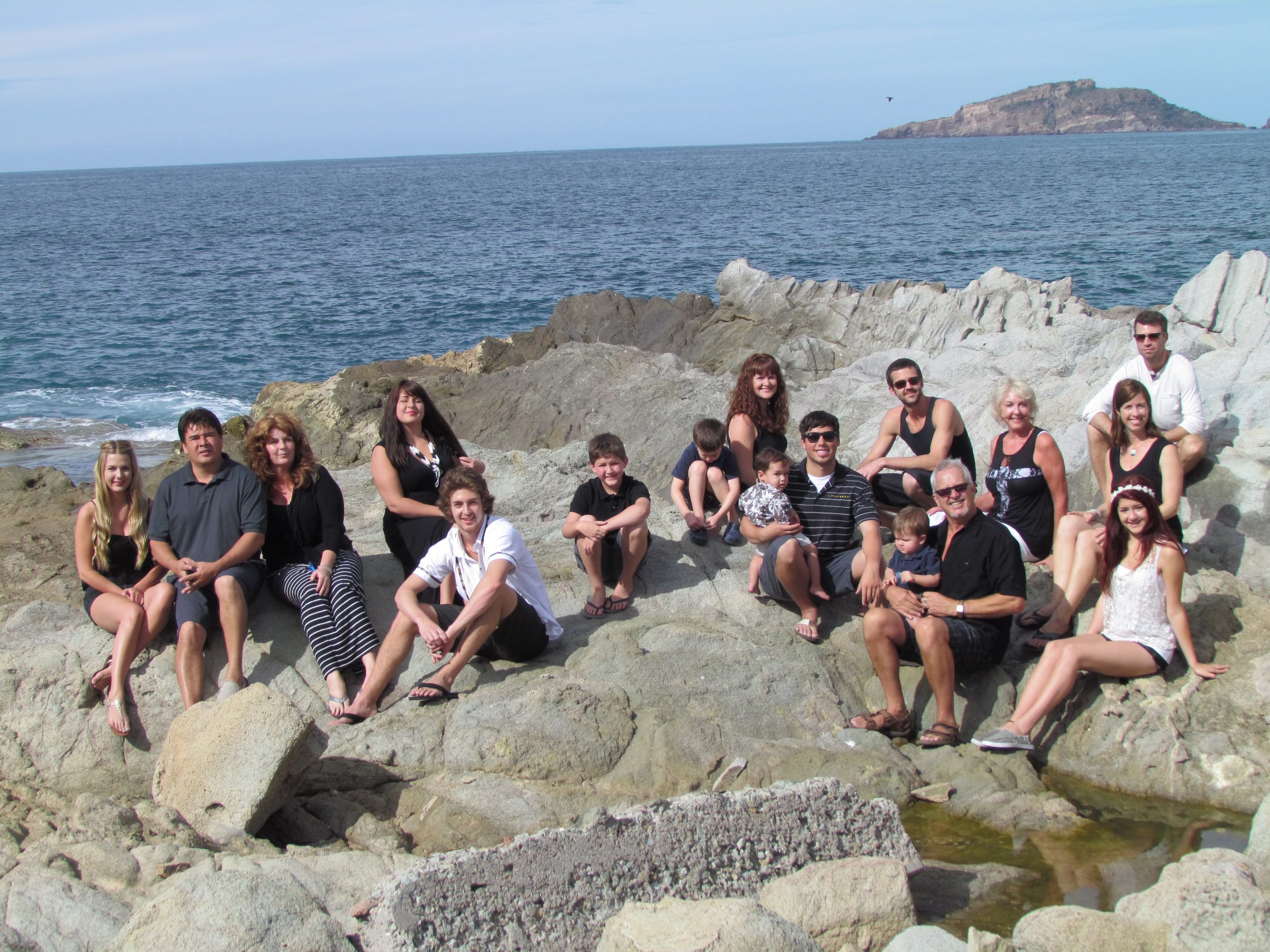 “Tune in at 8 for Family Island 3: Too Close for Comfort! How will Declan react to falling headfirst into the pool? Why does Loch feel such rage toward pigeons? Who left that sweaty imprint on the lounger? These questions and more will be answered this week at Casa Verde, the house that dull moments forgot.” 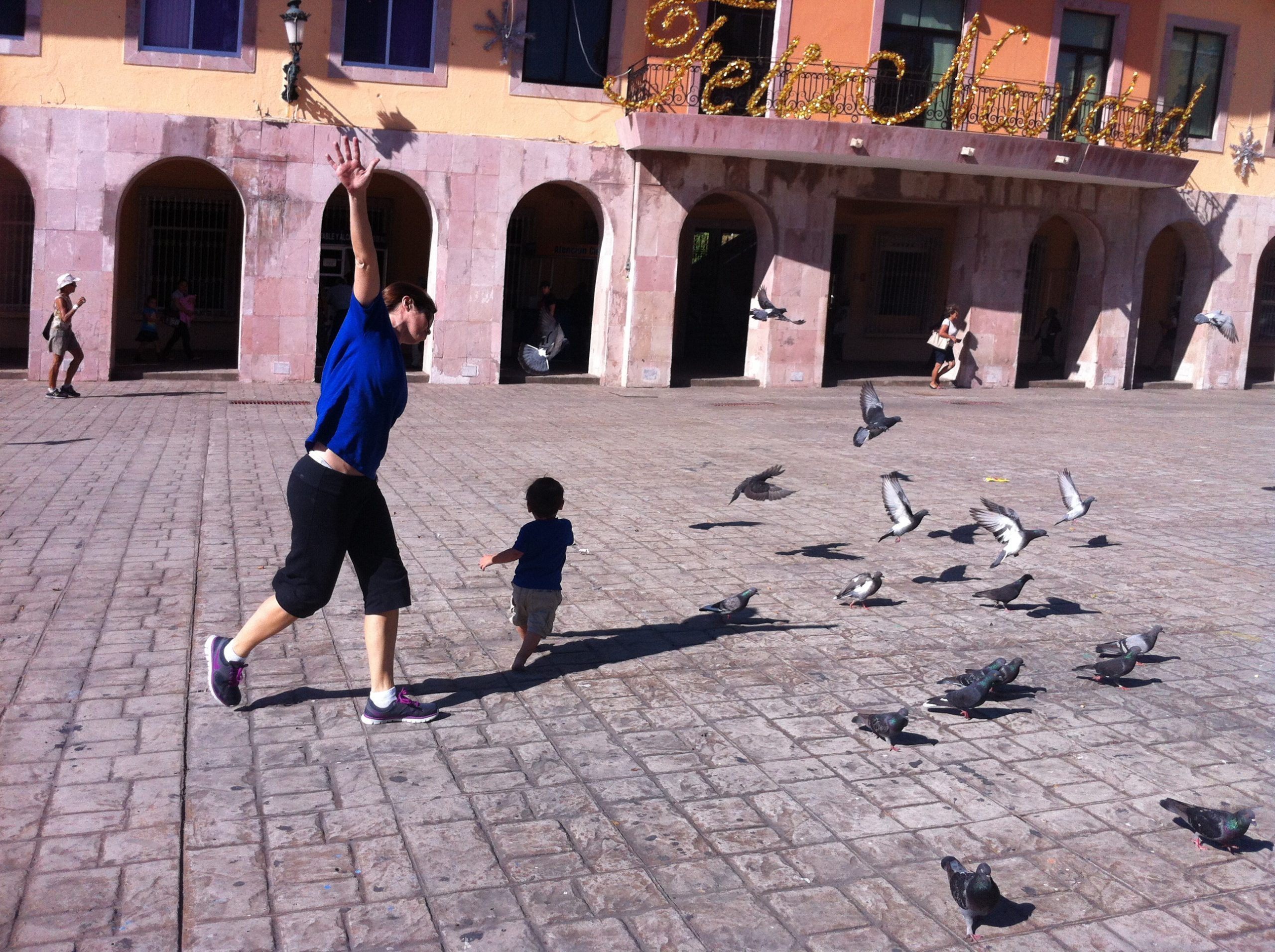 But what an incredible setting.

A great big, multi-level house right on the main ocean road, numerous balconies and terraces with views out over the water, a couple kitchens, lots of common areas, a small splash pool perfect for cooling down after a jog or dunking reluctant babies and, of course, plenty of loungers for those who wanted to focus on slowly and methodically turning themselves into ever so slightly different-coloured versions of themselves. If nothing else, having us all corralled into one convenient and challenging location seemed tailor-made for drinking, either to celebrate the freedom of vacation and the festivity of the beautiful Pacific coast, or in a socially inclusive manner, giving a vague sort of purpose to every directionless group silence, or as a cheap and quick way to create a sheen of nebulous excitement around the mundane activities of normal life, the way all parents secretly do. 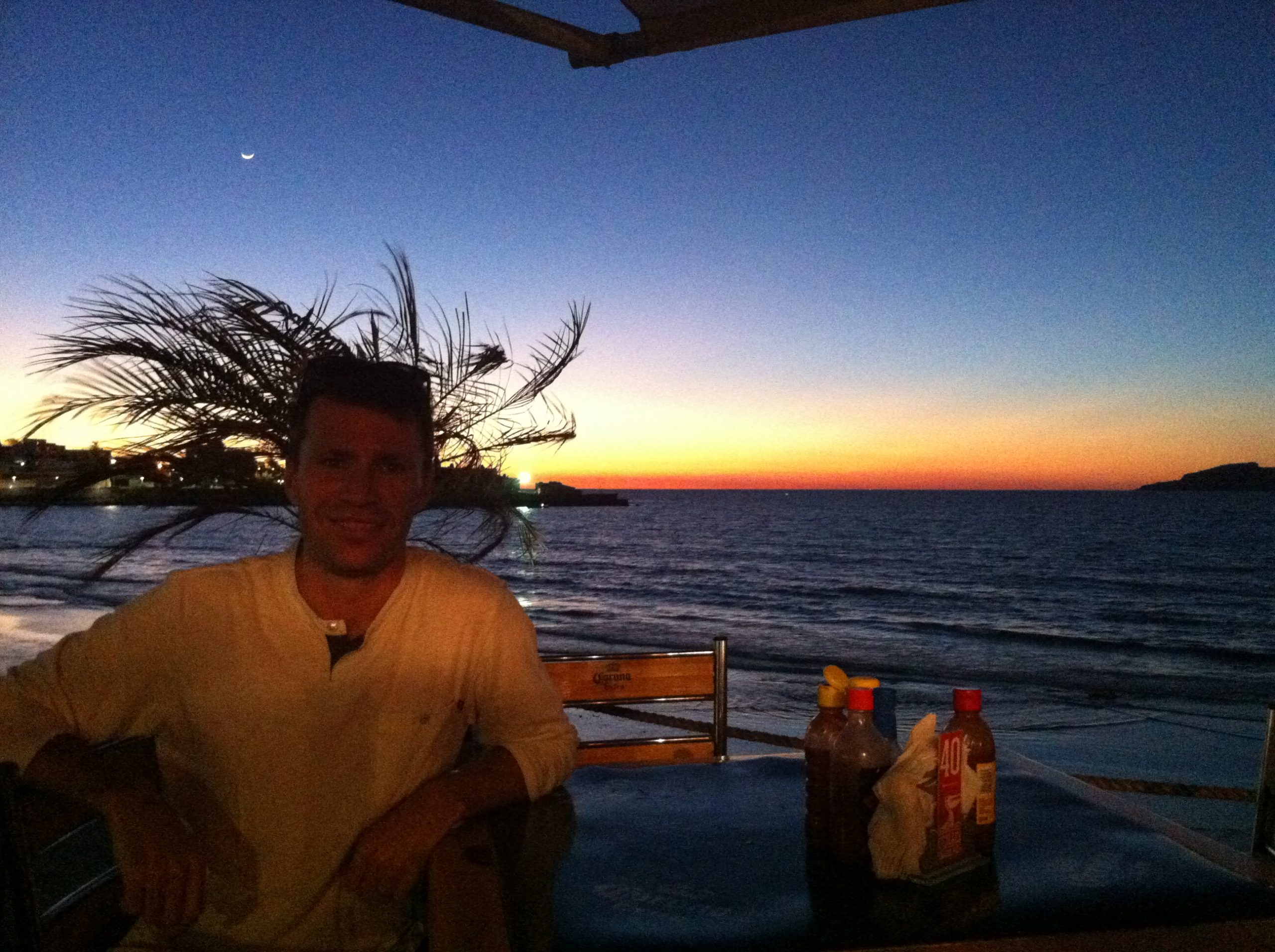 Of course, the recreational drinking was occasionally broken up by – or perhaps combined with – intermittent trips to the beach where one nominated adult would join some child or other in dashing repeatedly and haphazardly into waves too small for full immersion yet unerringly large enough to reach the groin. Others would follow a toddler around in aimless circles like some ill-conceived new version of the Benny Hill show. Or a really half-hearted manhunt. Not to mention daily trips to the market for their bargaining class (Today’s lesson: Only take as much as you are willing to spend, that way you’ll know how much more you need to take tomorrow).

There was also the aquarium, the (very) occasional jog, intermittent trips to the newer, hipper, northern section of Mazatlán to partake in its wealth of long picturesque beaches, blue whimsically-shaped pools and jovially unattractive clusters of North Americans. There were sunset fish dinners on the beach, bi-daily trips to Fatfish, a Golden Zone restaurant that has managed to find the perfect mix – just shabby enough to seem local and borderline cheap, at least in comparison to most of the nearby tourist enclaves, but yet serving a familiar tourist version of popular Mexican foods while speaking passable, but still exotic, English and residing comfortably within sight of all the big foreigner-filled hotels. It’s genius. Doesn’t hurt that you can get a giant rack of ribs for less than the price of two cocktails across the street. And who could forget the almost daily runs to the grocery store (turns out there is more to feeding 19 people than one cart of nachos, one cart of beer and a hen to provide eggs and companionship, as Laynni can surely attest to). 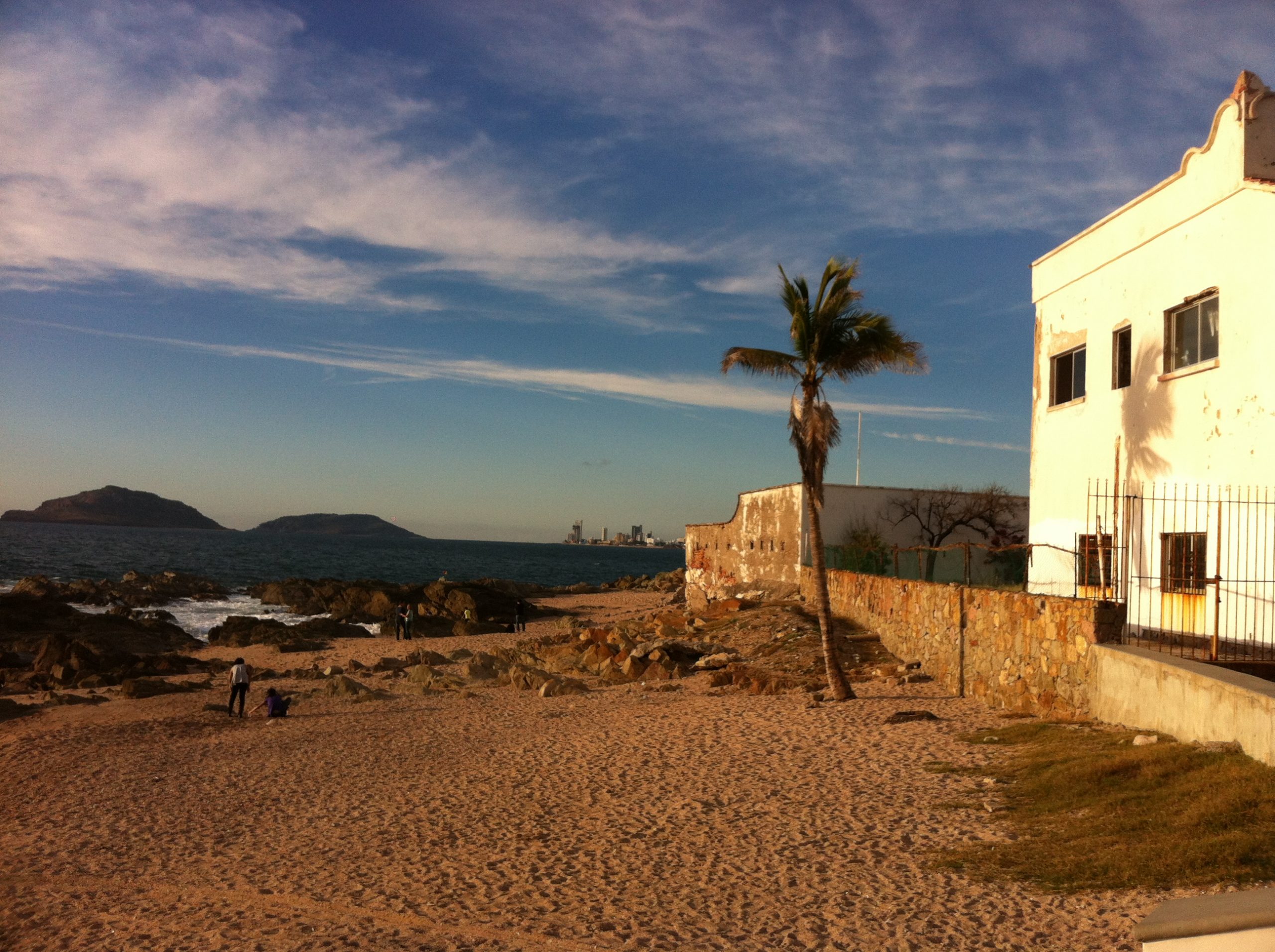 All of this meant a lot of time spent in pulmonias (high-powered, street-legal golf carts that hold 4 or less) and the back of local pickup trucks (for 5 or more), and even more time spent flagging said mediocre transportation options down on the street, negotiating poorly and then having to walk the driver through the directions step by step like it was the first time they’d ever put rubber to pavement on this strange and daunting main road rather than traversed it fully end to end 7 and a half times over the past two hours.

Another, healthier option, was walking along the malecón – either south to Olas Altas, home to El Viejo and Shrimp Bucket and near the plaza where the pigeons are both plentiful and foolish enough to congregate in the vicinity of rowdy toddlers with energy to burn and an affinity for pigeon-bashing, or north toward the big beaches, big beach restaurants and big creeps grunting and straining through a very public yet strangely aimless beach workout while gazing at each other longingly. Besides being a mode of transportation and scenic route to get some token exercise, the malecón also served as a terrific place for fishing, people watching, posing for photos and, when combined with a stroller or two, transformed immediately into a powerful sedative for anyone under the age of two, or over the age of 40 and drinking tequila out of a brown paper bag. 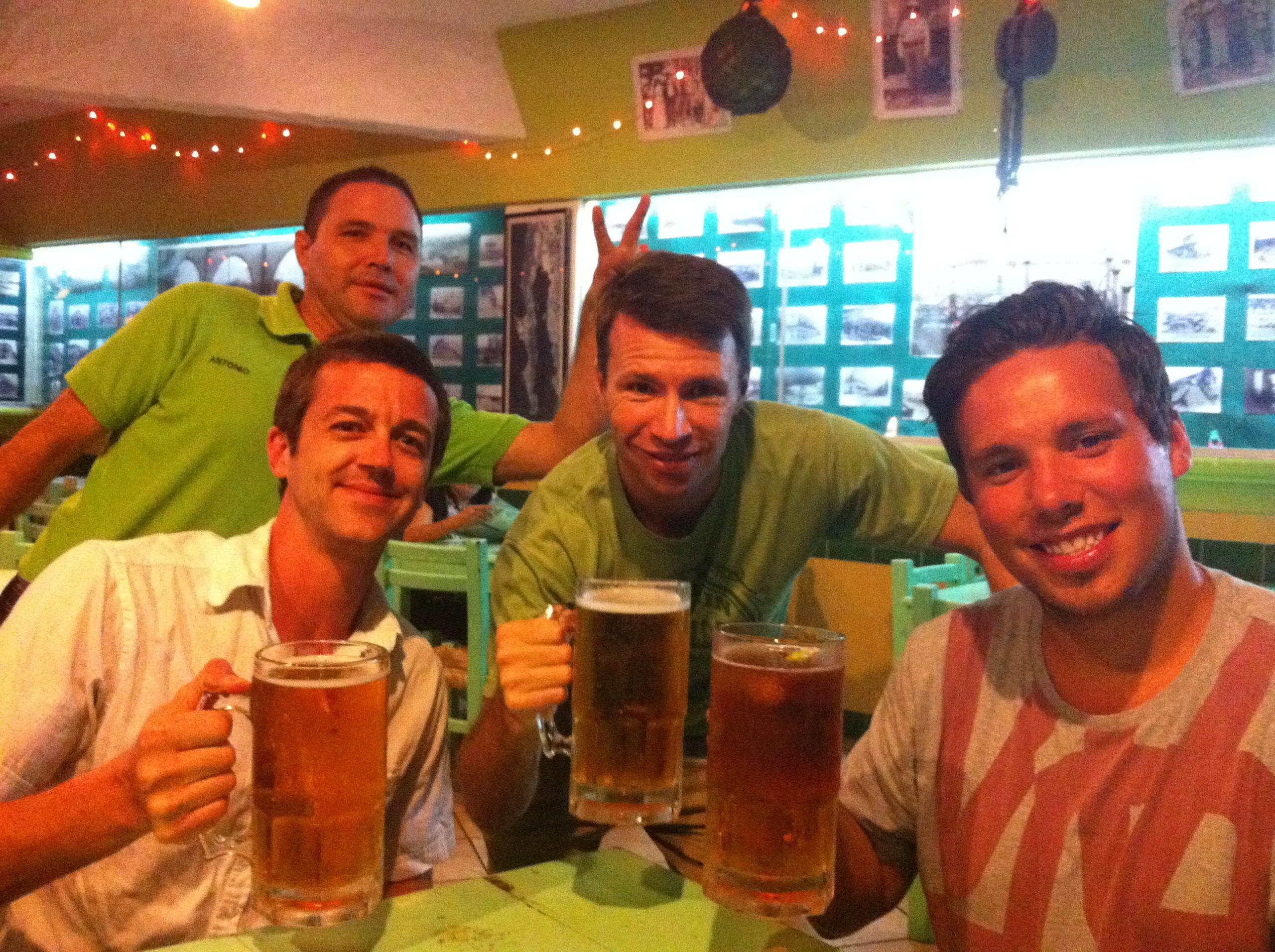 Some things were exactly the same as previous visits: many hours of dedicated sun worship, watching Canada eliminated from the World Junior Championships and, of course, my participation in a highly public exhibition of unimpressive dancing skills (last time a fully documented dance-off, this time handed the reins of a humongous conga line which I proceeded to lead in ever-shrinking circles until it finally collapsed in on itself in a loud, messy confluence of unsteady revelers, overfilled drinks and Spanish curse words).

Other aspects were pleasingly new: en-suite laundry providing a pleasant background hum 18 hours per day, a newly discovered familial love of smokies and quesadillas, the movie trailer filmed by Brennan and Ellis (“Twerk Daddy Twerk”) that outdid anything Tyler Perry has ever “presented”, and an impromptu visit to the mall to see The Hobbit in 3D clad only in beach wear and a pair of borrowed hoodies, the excessive air conditioning creating unpleasant sensations in our still damp crotches. The way real Mexico, and surly dwarves, were always meant to be enjoyed. 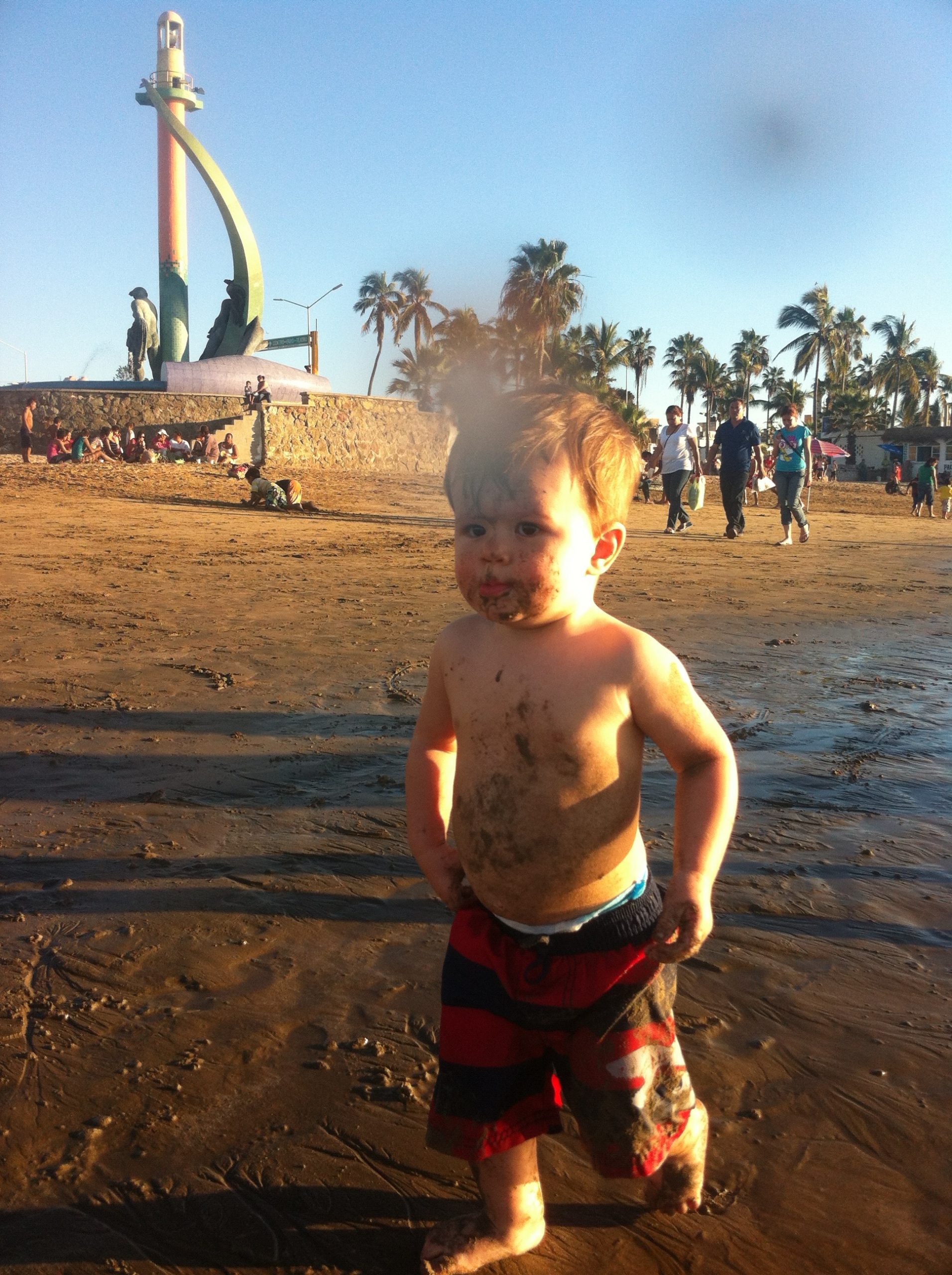 Coming soon: Antarctica! Well, stories about Antarctica. The place itself is already there. Actually, you should check it out, it’s really quite nice.