Laid Back in Lausanne

After our grueling Tour du Mont Blanc trek, we knew that all we would want is someplace to relax, recuperate, drink a few beer, eat wherever we wanted and – this point is extremely important – not do any hiking. At all. As luck would have it, just over a year ago a travel friend of ours, Kosta, moved to Lausanne, Switzerland, a city that just happened to be very close to the end of our hike and is one of the most popular short trips from Geneva. Even luckier was that he seemed surprisingly willing to not only have us visit, but also provide us with a place to stay (nothing to sneeze at considering exorbitant Swiss prices), not to mention plenty of cheese (a national requirement), even some fruit (thanks to Rita) and, of course, plenty of beer. Goodbye, scurvy. Hello, hangover. 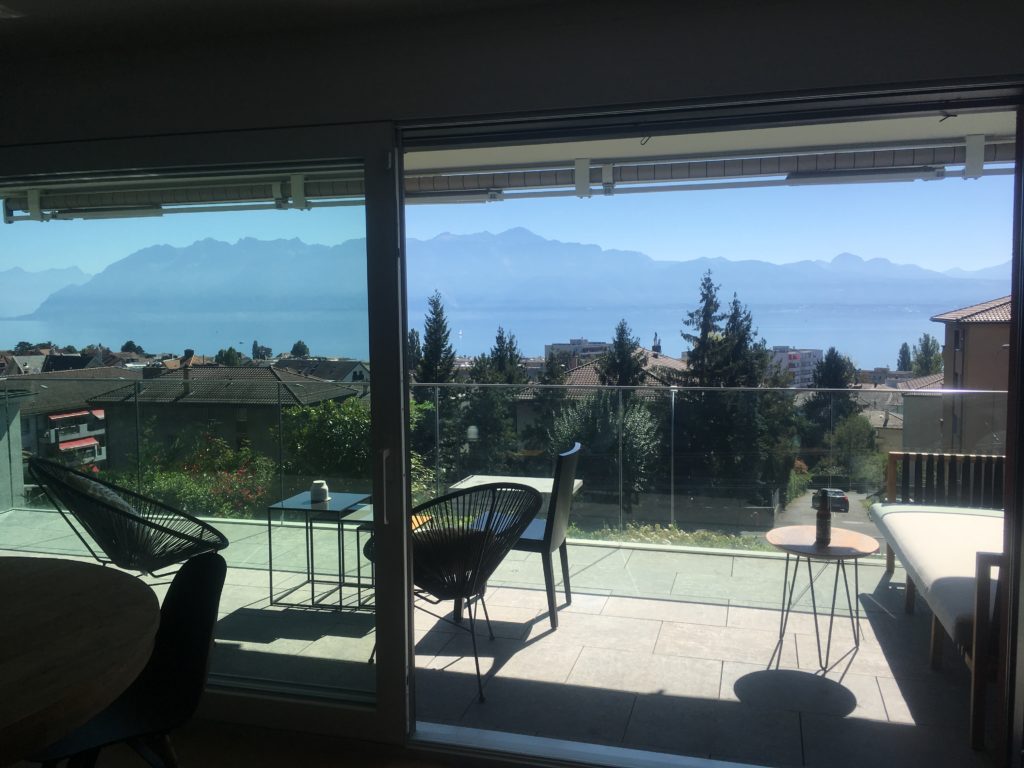 With our main goal being recovery time after a week and a half of strenuous trekking and highly imperfect dorm living, we weren’t asking for much in the way of sightseeing or activities. Which was handy, because apparently Lausanne is extremely thin in both areas. A nice, clean, organized place, certainly, and with its picturesque location right on the shore of magnificent Lac Léman, one of the most beautiful lakes in Switzerland – with the Alps rising up in the distance behind – Lausanne definitely has plenty to offer tourists and residents alike. But a long list of fascinating tourist attractions is not one of them. However, they do have several very scenic and atmospheric pubs and beer terraces (I daresay, something of a specialty for Kosta, along with interior decorating) and an excellent variety of food (not unlike most cities, in fairness, but very unlike most mountain huts, in our experience). 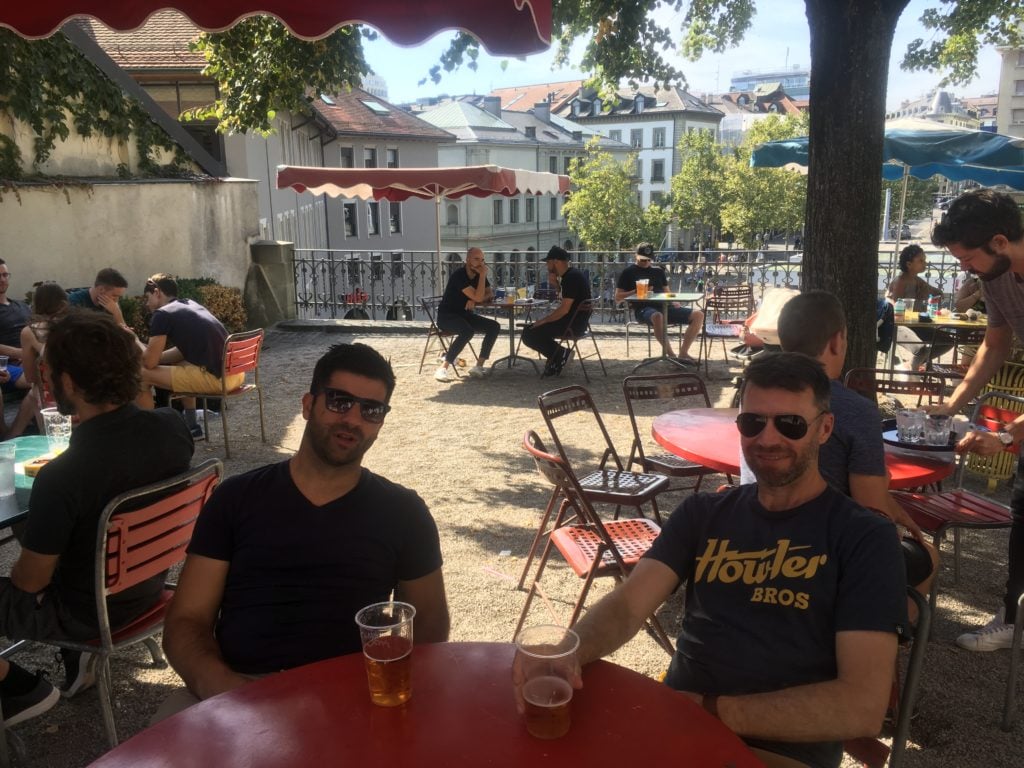 Incidentally, if you aren’t familiar with the name “Lac Léman”, don’t feel bad, we weren’t either (although, as a general rule, you probably want to set your sights a little higher than our knowledge threshold). In English, it is actually known as Lake Geneva, at which point most of us go, “Ah, right, I know that one”. Well, in French, which is the dominant language in this part of Switzerland, they prefer Léman because it encompasses all the towns and cities on this massive body of water rather than attributing solely to the largest population base. Now, while that makes perfect sense, why it changes based on language does not, although so much about language makes no sense to me, why not just add it to the list? 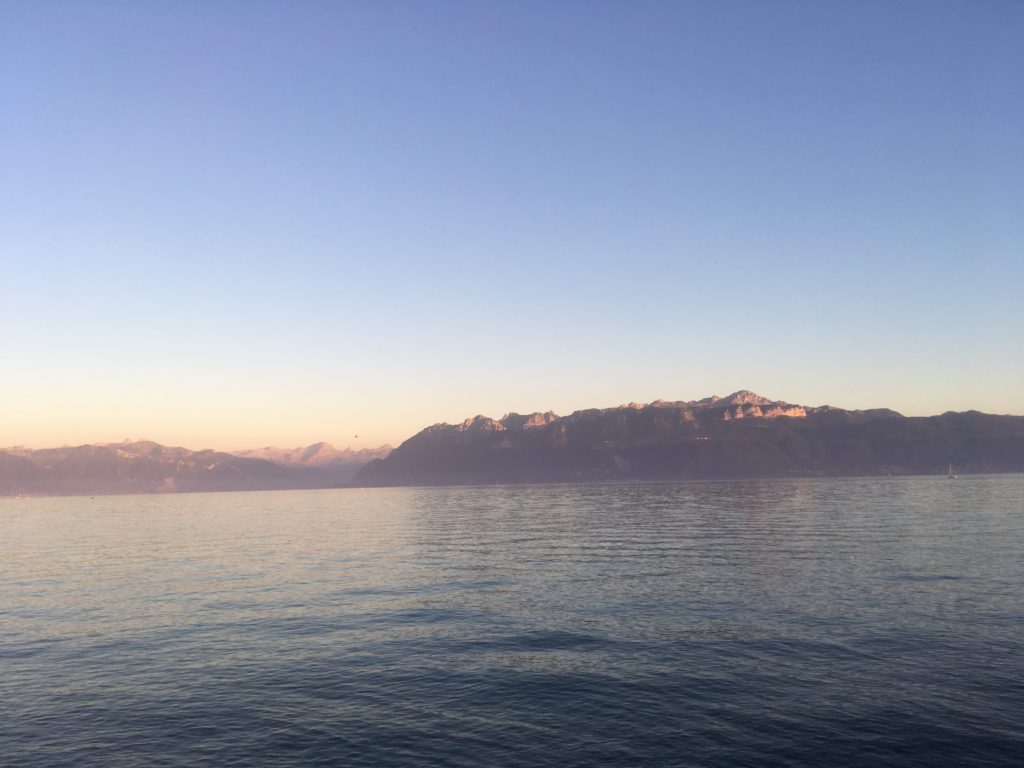 Besides the obvious pleasure of Kosta and Rita’s company, two more aspects that took our weekend successfully over the top were a) his incredible balcony overlooking the lake, and b) his private washer/dryer combo. Once we were done washing all that mountain out of our already meagre wardrobes, we spent most of our time lounging on the deck. Snacking, drinking, napping, occasionally debating whether Kosta was just having another nap or had actually suffered a stroke (nope, he was fine, just sleeping facedown with arms at his sides, you know, totally normal). We laughed a lot, slept even more, and every so often even ventured out. We wandered around the “old town” (basically one big church), checked out some pretty cool vineyards, drunkenly visited an excellent Thai restaurant where Rita fooled us into believing “spicy” wasn’t really that spicy at all. It was exactly that spicy, in fact. Of course, that part of the night had gotten a bit foggy, which is how I know we had drunk a lot by then. The other clue was that not only did I nostalgically order a Chang beer (arguably the most chemical-ly of all international beers, with hangovers to match), I even managed to convince Kosta to join in the mistake. Ah, the classic Changover. Not sure why I continue to think of it fondly. Alcoholism, I suppose. 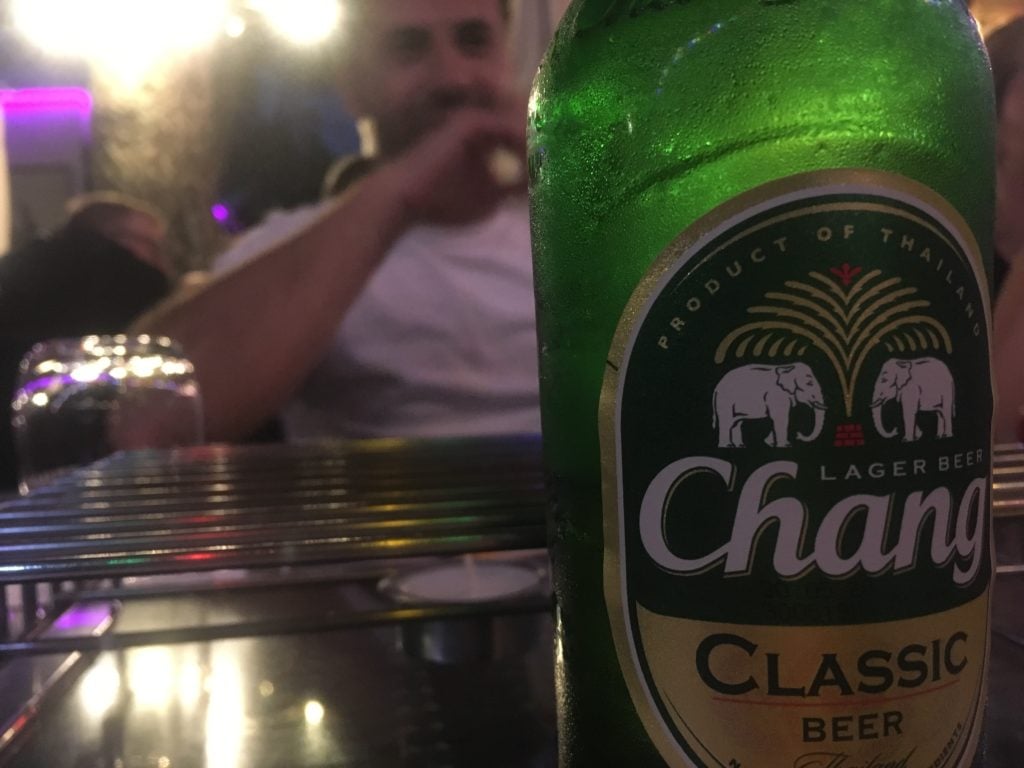 All in all, a great visit, perfectly timed and much appreciated. We’re now lobbying him to get a place in Kathmandu so he can be patiently waiting for us at the end of our upcoming Three Passes Trek, with a case of cold Everest beers in the fridge and the inside scoop on a reliable local $1 laundry specialist. Negotiations are ongoing. 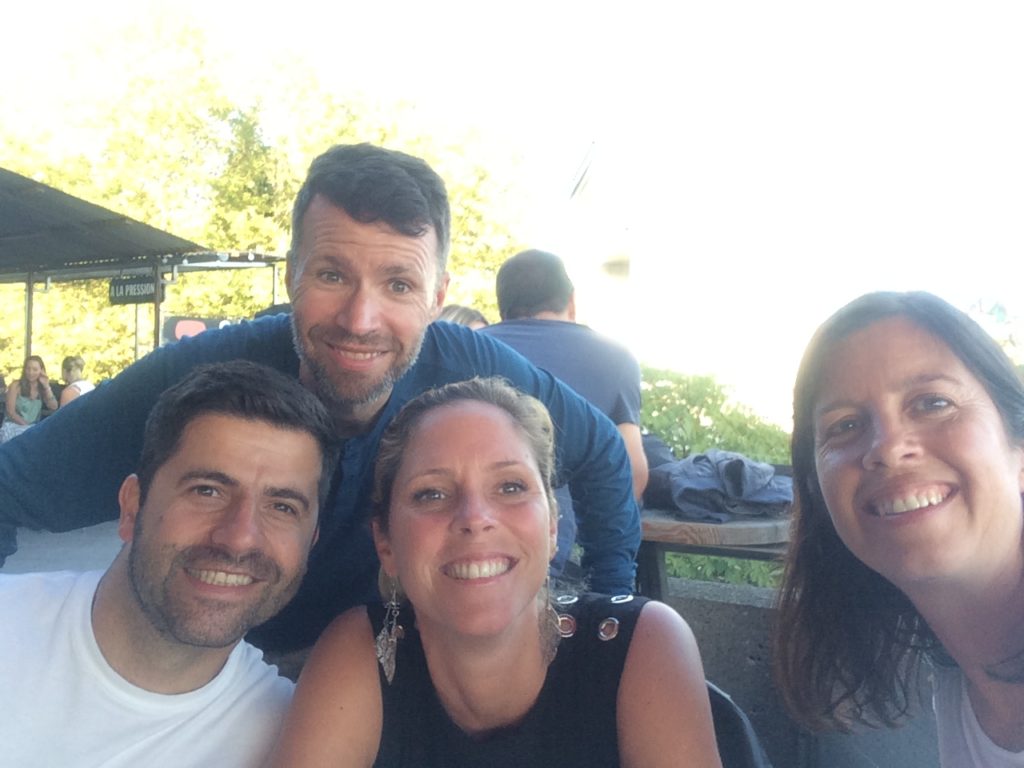 Lausanne is less than an hour by car from Geneva, which has an international airport, and it took less than 3 hours by FlixBus to get there from the end of our hike in Chamonix. There are also excellent train connections to places all around Europe (we went north to Basel, via Bern, in just over 2 hours). There is a wide range of boat trips on offer, from transportation to entertainment, in all price ranges. Well, not all price ranges, mostly just really expensive and super-expensive. Also, Switzerland is a relatively small country with a long list of great things to see and do, so it’s easy to combine Lausanne with some other great attractions. This list of the best things to do in Zermatt offers some ideas if you have time to visit one of most famously beautiful mountain cities in the world, which is just a 2-hour drive from Lausanne. 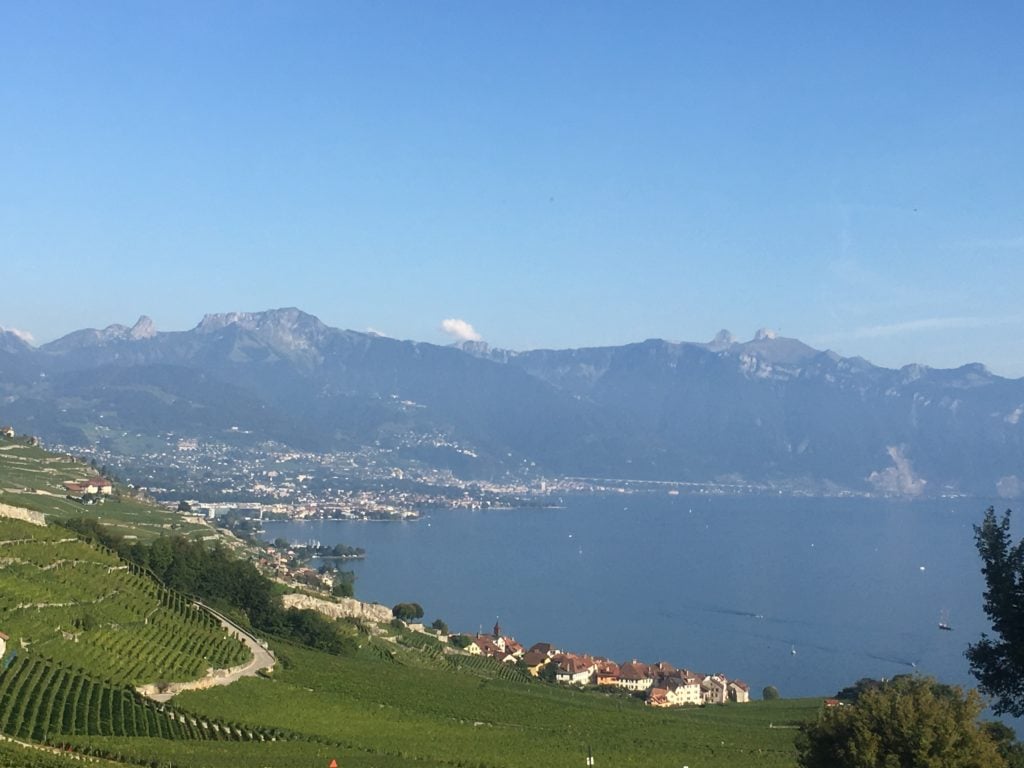 There are tons of restaurants and bars, both in the Ouchy district along the lake (The Lacustre) and in the old town. The Great Escape has cheap beer (in Swiss terms, anyway) and terrific burgers. Grocery stores are plentiful and a more affordable method of surviving in Switzerland (although even those can be breathtakingly pricey). We also had a good pizza. So, they have that in common with every country in the world except for Egypt. 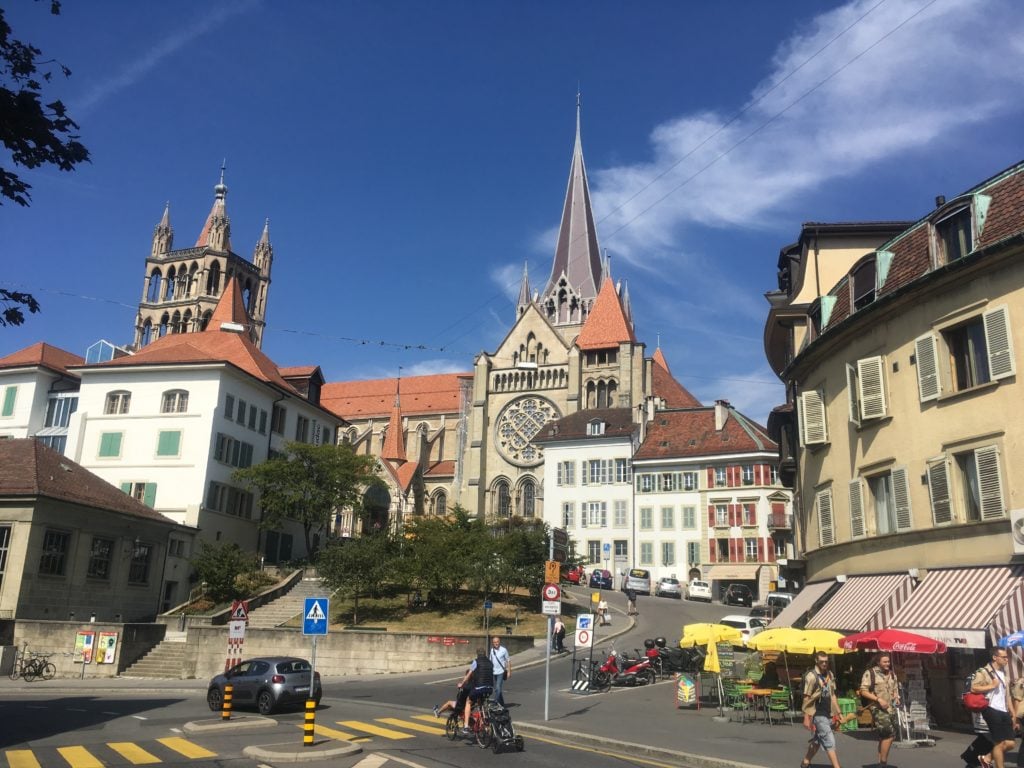 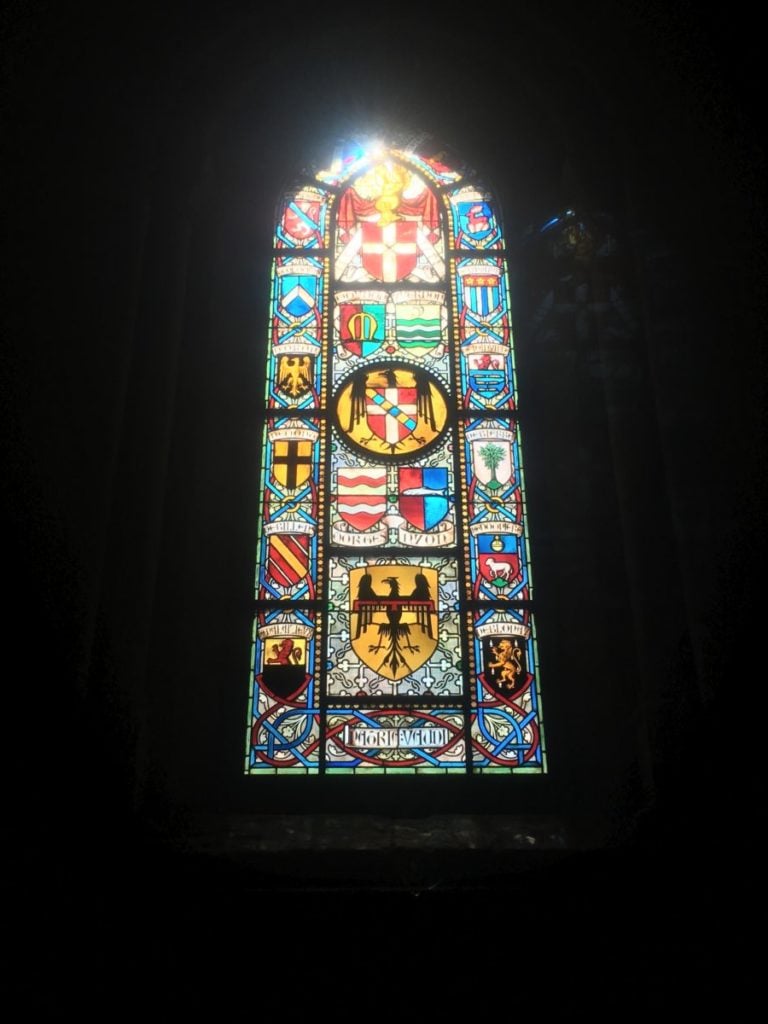 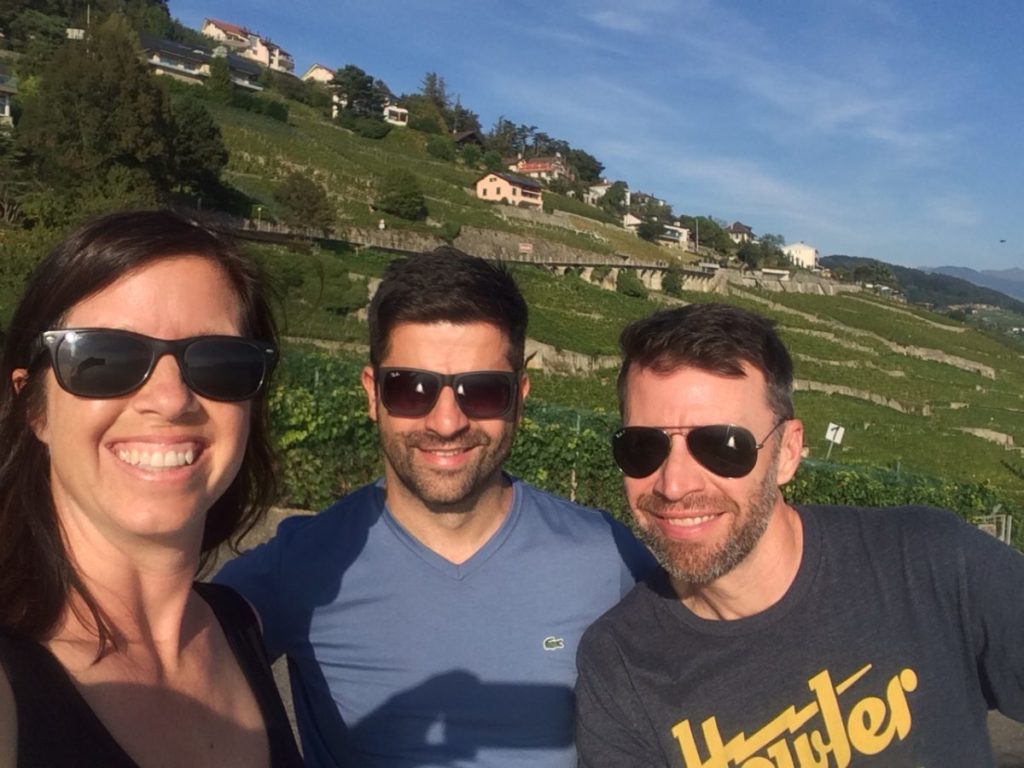 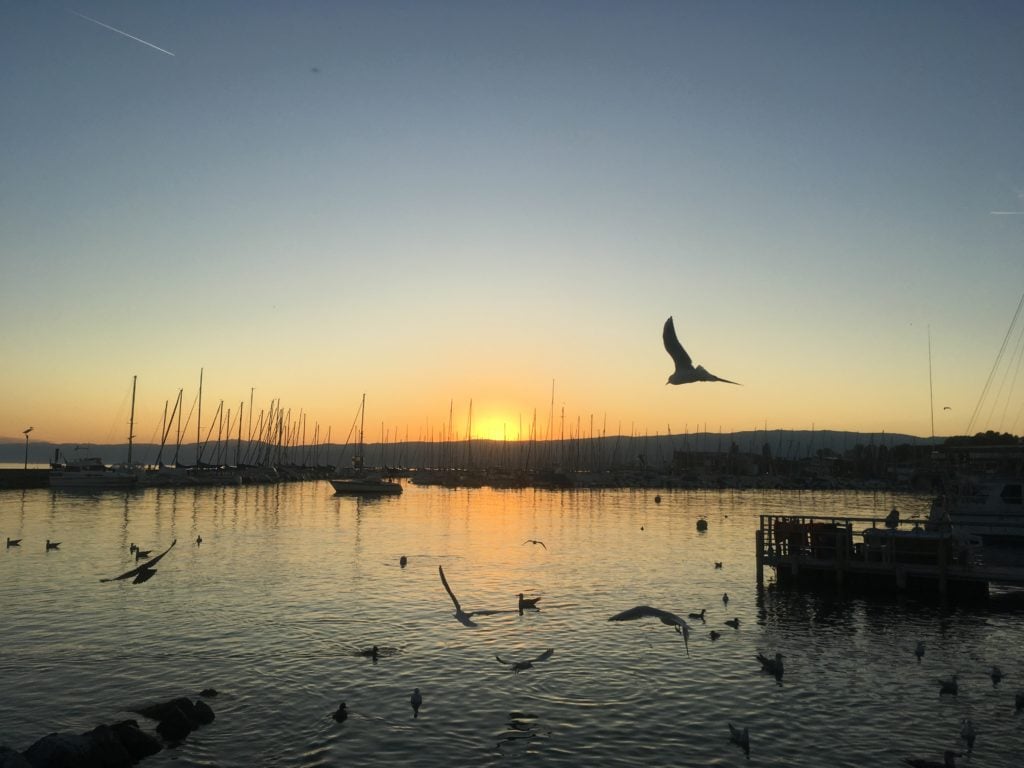 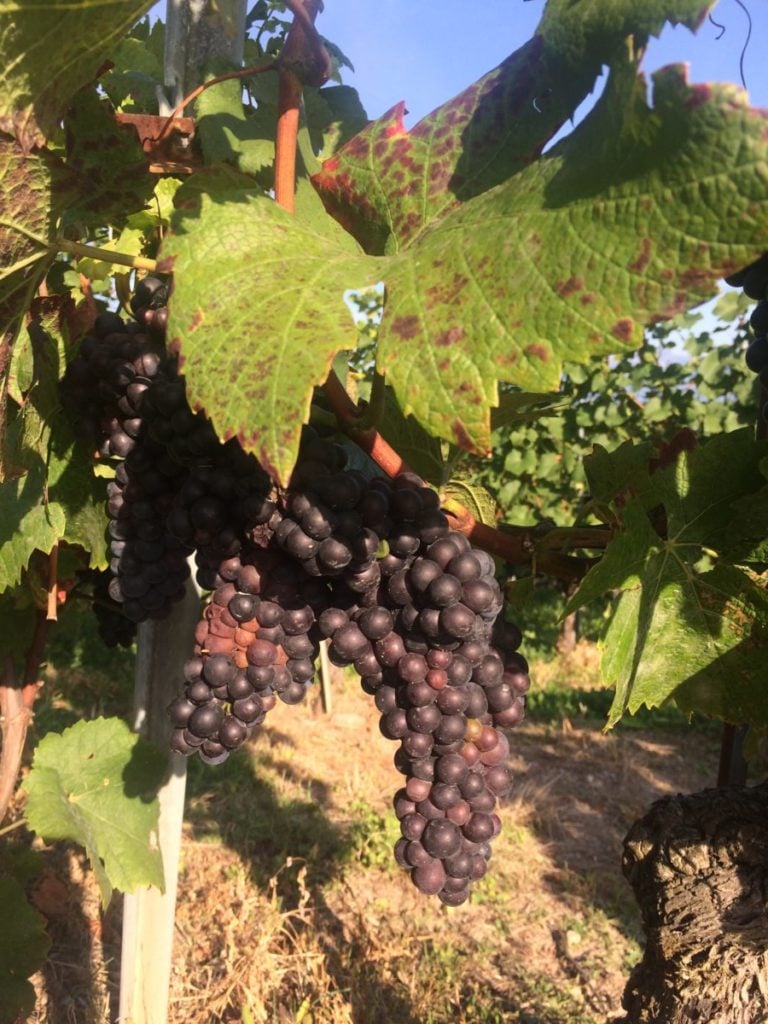 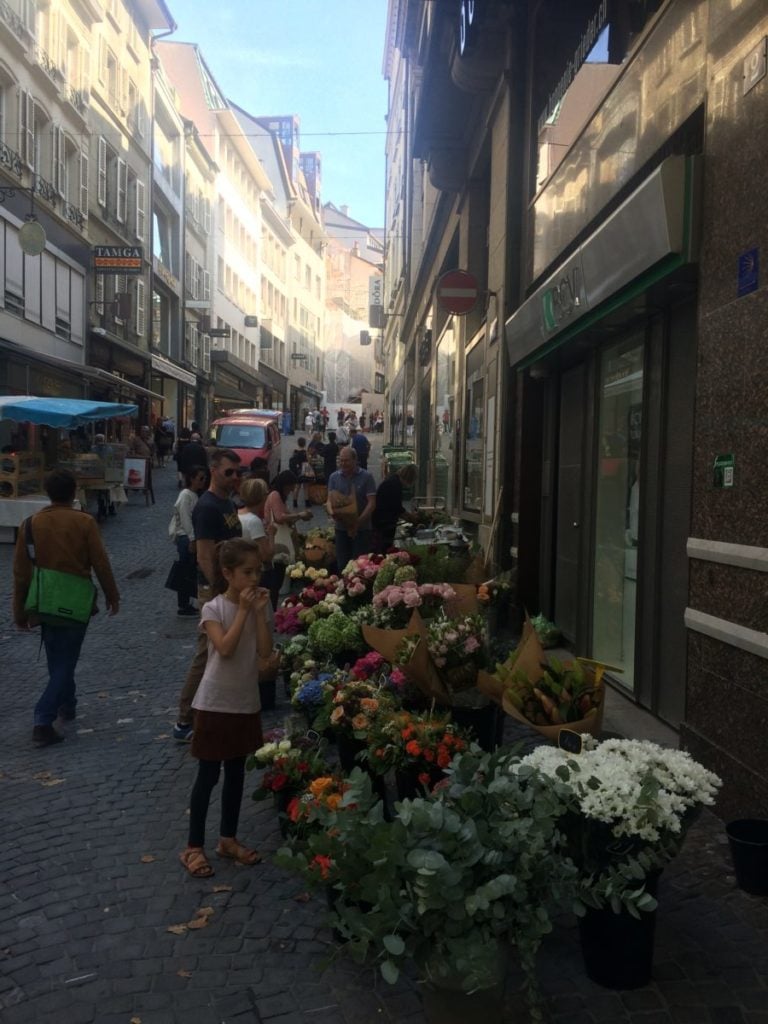 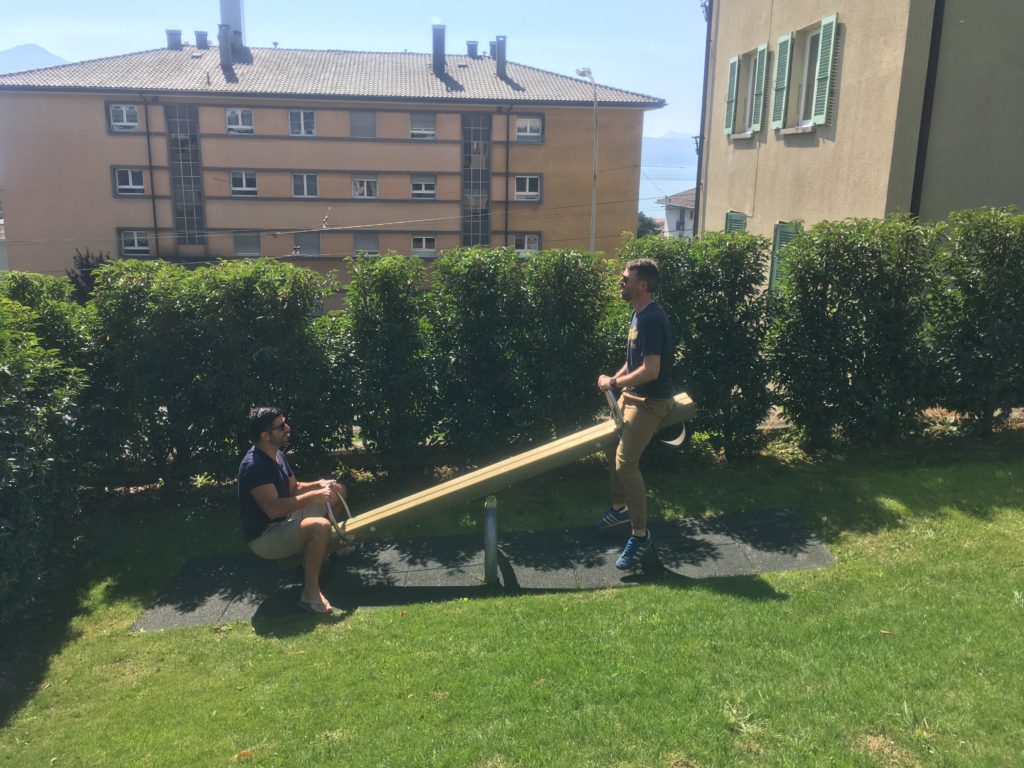 Next up: Basel and Colmar…

Walker’s Haute Route: Guide to the Best Trek in the Alps