A Lake By Any Other Name, or Chapala

It certainly took long enough, but we can finally say we managed to fit Lake Chapala into one of our itineraries. Considering how much we enjoy Lake Atitlán, its Mexican counterpart would seem like an obvious destination for us.

A Comparison on Lake Atitlan, Guatemala and Lake Chapala, Mexico

Like Atitlán, Chapala is well-regarded for its picturesque beauty, is extremely popular with foreign expats and, at practically the identical altitude of just over 1,500 metres above sea level, also loves to brag up its relatively steady, temperate climate as “eternal spring!” Well, I suppose it all depends on your idea of spring. In both places April is one of the hottest – and driest – times of the year, but in Guatemala that means around 25-27, at most, during the day and down to around 15 at night. Plus, the rains were starting to trickle in during the week before we left, clouding over most afternoons with a few showers here and there and plenty of ominous and intimidating, but ultimately relatively impotent, thunder and lightning. In the highlands of central Mexico, however, just half an hour southwest of Guadalajara, a strange and mysterious quirk of climate results in cool evenings – between 10 and 15 degrees – but outrageously different daily highs in the neighbourhood of 31-33. Of course, our third day back in Canada the temperature hit 30 while the following evening hit a low of 3, so who’s outrageous now? In Mexico, though, once this shockingly wide range was tied in with a daylight savings schedule that isn’t doing them any favours at the moment (sunrise at close to 8 am) we found the entire morning was fine for outdoor activities since it took until at least noon for the temperature to make it back up to uncomfortable numbers, but while wandering the streets in search of supper at 6 or 7 pm the barely lowering sun was still beating down amid temperatures flirting with the 30 mark. All in all, a very strange pattern, although one that seems to be relatively unique to this particular time of year.

Anyway, weather was just one of the reasons we have been curious about Chapala as a future long-term destination. Considering it boasts one of the largest communities of Canadian and American expats anywhere in the world, at the very least it deserved a look. And, while it did have many advantages over its Guatemalan counterpart, it did fall short in the most obvious:

From a purely aesthetic standpoint Chapala does not compare with the breathtaking scenery around Atitlán. If you’re reading this I’m sure you’re well aware by now of my somewhat irrational geography-crush on volcanoes and, while Chapala is larger, surrounded by some fairly nice hills and still eminently worthy of a photo or ten, it just lacks that “wow” factor a set of volcanoes provides. In general, the lake itself was a bit of a disappointment, as it is quite shallow (10-15 metres) and typically weedy and unpleasant near the shores, altogether more suitable as a nice backdrop to look at than as a place to swim, boat or scuba dive for lost Mayan cities.

We were somewhat surprised that there weren’t really any waterfront bars or restaurants positioned to take advantage of the views (of either the sunset or the especially active older ladies constantly walking their dogs along the malecón). However, the malecón itself was a very picturesque and appealing feature, and if you kept walking just a short distance past the end of it you could also enjoy the only occasionally uncomfortable camaraderie of the small group of seemingly homeless men living near the shore under a particularly large, shady tree which, perhaps coincidentally, also featured a couple rough-looking old easy chairs, a pedal-boat that had surely seen better days, a small but crucial barbeque and, judging by the smell, an apparently endless supply of pot.

Now, in this department Chapala has it over Atitlán in spades. And movie theatres. And airports. And Walmarts. And cobble. We stayed in the relatively small village of Ajijic (pronounced Ah-hee-HEEK) and there were two movie theatres, a Walmart, and even a casino, all within walking distance. Not things a person needs every day, but who knows when you’ll suddenly find yourself desperately in the market for a rodent-proof Rubbermaid container, or when you will discover a piece of bread that looks just like a young Robert DeNiro, practically guaranteeing a good day at the blackjack tables?

Now, far be it for me to intentionally glorify the aggressively violent and generally brutal Spanish conquest of Latin America, but damn if they didn’t have a real knack for building some pretty little towns. Certainly there is an undeniable allure to some of the towns on Atitlán – the dignified neatness of San Juan, the lush prettiness of Santa Cruz, the unapologetically ridiculous drum circles of San Marcos – but none compare with the neat central plazas, nostalgic cobblestone streets and gaily colourful one-story cement homes and shops of an obstinately colonial town like Ajijic.

Much like Atitlán, the hiking is somewhat limited by the terrain, virtually ensuring every walk starts with a steep hike up into the hills above the towns. Still, my one day of exploration uncovered some pretty decent trails up to some nice ridges with great views out over the lake. Strolling around El Tepalo and going to the weekend market are just some of the other things you can do in Ajijic.

Even the collections of affluent estates sprawling around the fringes of Ajijic made for some nice walking, along with all the varyingly creative street art (from practically indecipherable combinations of colourful geographical shapes to the more straightforward “AJIJIC” in big letters).

We spent most of our time in Ajijic but there were a number of other towns, villages and standalone expat communities nearby, all cheaply and easily reached by the frequent buses that ply the single carretera. The town of Chapala itself is the first place you hit coming from Guadalajara, and even though it is by far the largest it still has a nice wide main road and spacious, tarted-up waterfront area that practically begs you to sit on a bench and eat something horribly bad for you. At the far end of the road, close to an hour away by bus, is Jocotopec, which remains far more authentically Mexican with its functional street lined with shoe stores and motorbike dealerships, and its correspondingly nice, but fairly non-descript, central plaza that offers no obvious hint of its apparent bevy of famous goat stew shops.

As much affinity as I have for some of Atitlán’s better food options such as the pasta at Fé, the full English breakfast at Alegre, the vegetarian options at Fifth Dimension, the absurdly cost-effective champagne brunch at El Barrio, the German specialties at Hans’ place, well, Mexican food is simply in a class by itself. And not even just the specialty items like fajitas, enfrijoladas and multi-topping quesadillas. I love being able to just stop off at a taco stand on the street and pick up 3 different kinds of taco, all delicious, for a little over $2 and be finished eating them curbside and walking away, belching (and often more than that, later) in a thoroughly satisfied manner, in less than 10 minutes.

Of course, while this was certainly always an option, we were also amazed at the variety and quality of international choices on offer considering Ajijic is such a small place. Italian, Thai, Argentinian, rubbery Hot Dog, there were no shortage of choices. Plus, in Mexico you are never far from an ice cream shop (or, probably not coincidentally, someone in the process of outgrowing their dangerously stretched clothing).

Ajijic certainly had its fair share of expats kicking around, even though we were there right at the start of the quiet time. We tried to picture what it must look like at the height of snowbird season in January or February and, although it was mere speculation, our vision looked a little something like an open-air version of Market Mall in mid-summer if all the seniors had been given free tanning bed coupons with each purchase of a small, annoying dog. Thanks to the large annual influx of foreigners the lake area has developed an impressive array of social activities geared toward them, from hiking clubs to cooking classes to theatre to guitar lessons to city shopping shuttles to frugal early bird specials and frightening karaoke gatherings. Everything displaced retirees require to give structure to their days and cross a few more trivial things off their childhood bucket list. Unfortunately, I didn’t see any sign of an astronaut program but, on the other hand, if I know Mexico, the volunteer fire department could probably always use a little help.

A very enjoyable stay, and a place we could definitely picture visiting again, maybe as part of a larger circuit of central Mexico (the three largest holes remaining on my travel resumé are Russia, Brazil and the exciting new Subway in San Miguel de Allende). While a lot of the hotels seemed a bit expensive online, on AirBnB we were able to find a very good deal ($45/nt) on a small apartment just a couple blocks from the lake. Sure, it was quite obviously a renovated garage (obvious mainly because of the car parked in front of it), featured a weird little sideways bed and “kitchen” with no toaster and only one spoon for us to share, but it also had comfortable furniture, TV with Roku (which we never really mastered, but still), a pleasant patio (despite the fact it sort of faced the grill of their car), but it was very secure and the location was perfect – a quiet neighbourhood close to the plaza, plenty of restaurants and at least half dozen barber shops, one of which treated me to an only somewhat crooked “high and tight” in less time than it normally takes to carefully sculpt a trendy hipster beard.

A relaxing finish to an admittedly already relaxing first four months of 2016, and a place we will almost certainly return to. I mean, last time I checked the Buster Days beer gardens still won’t accept my leftover pesos. 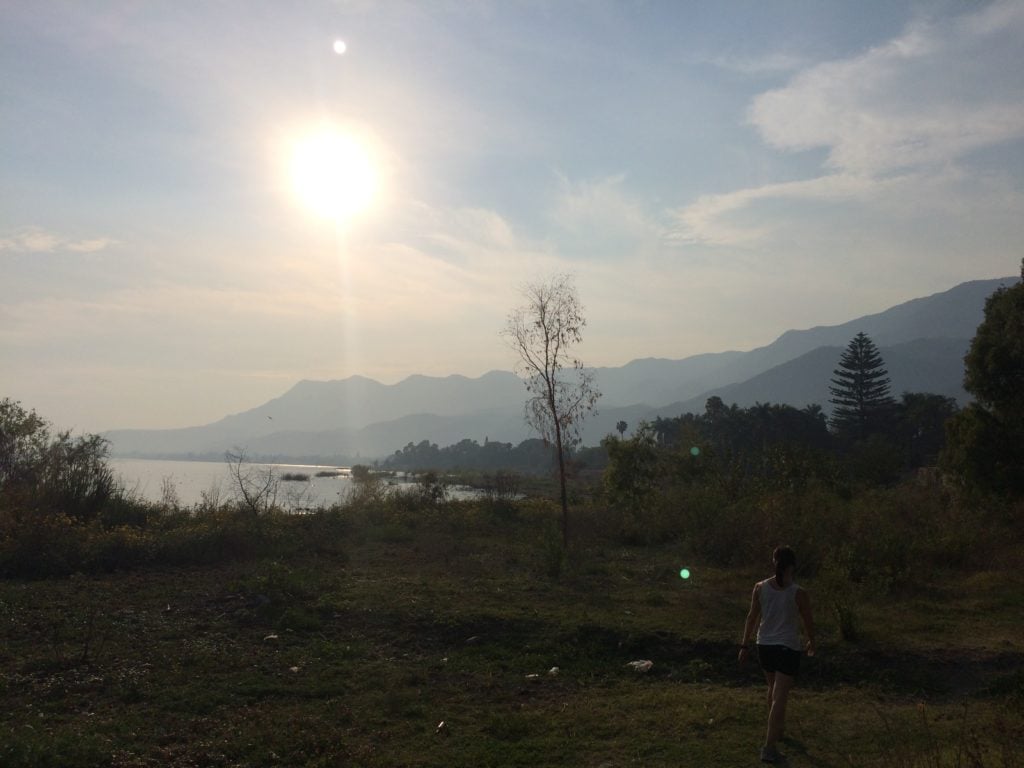 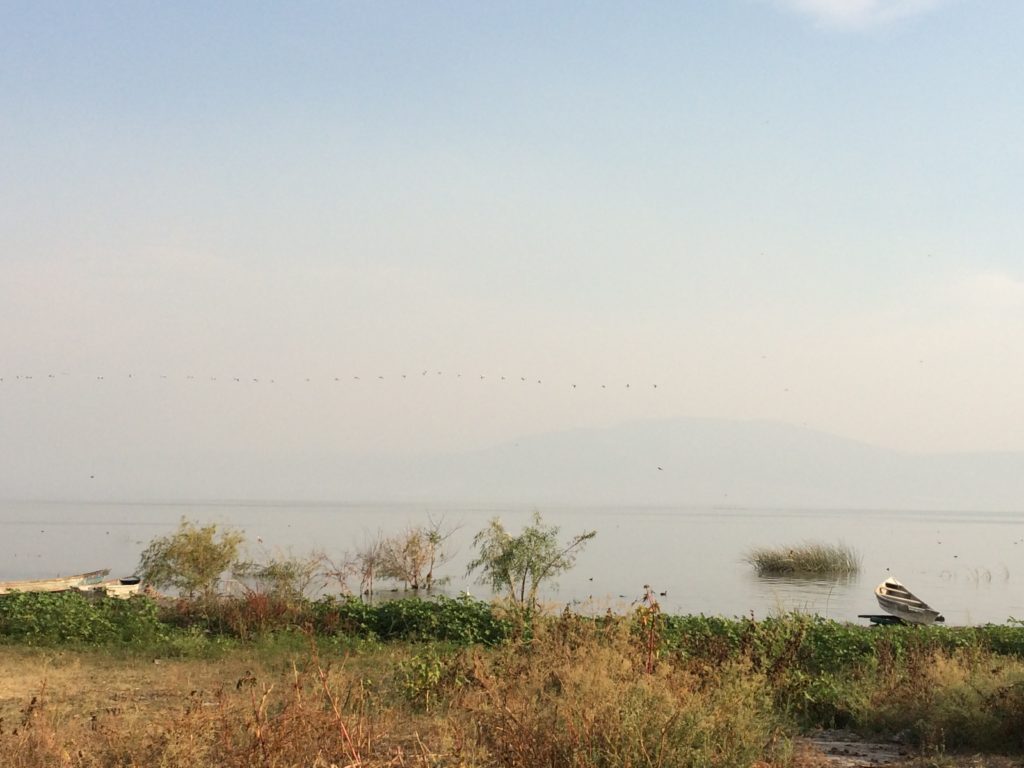 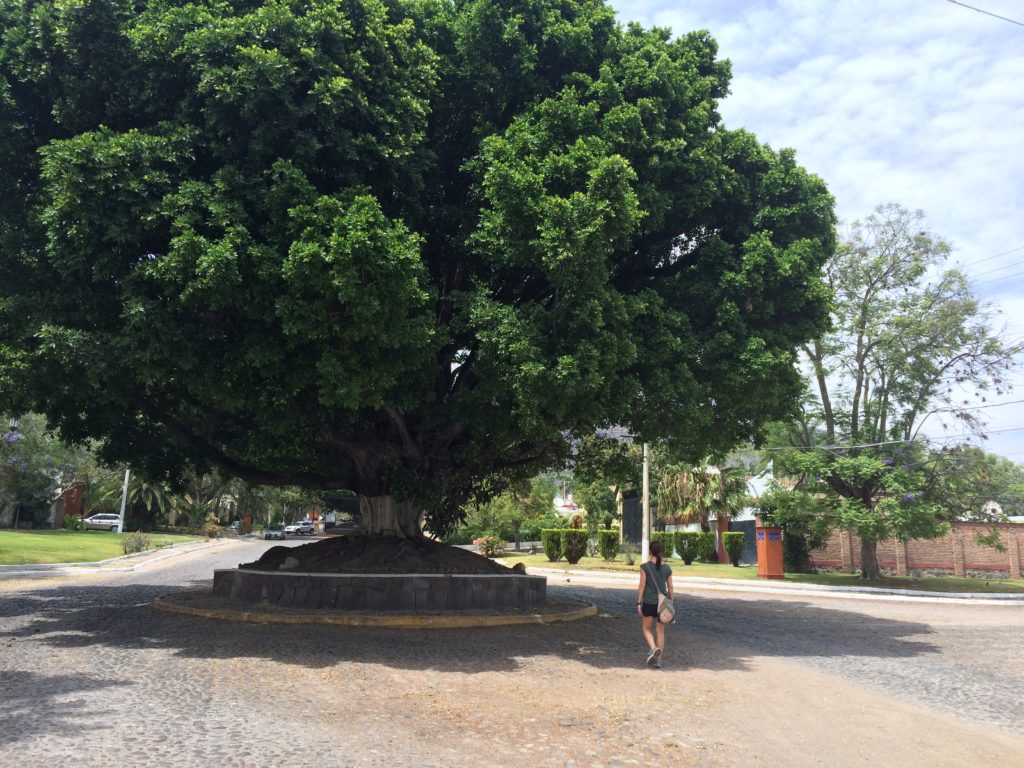 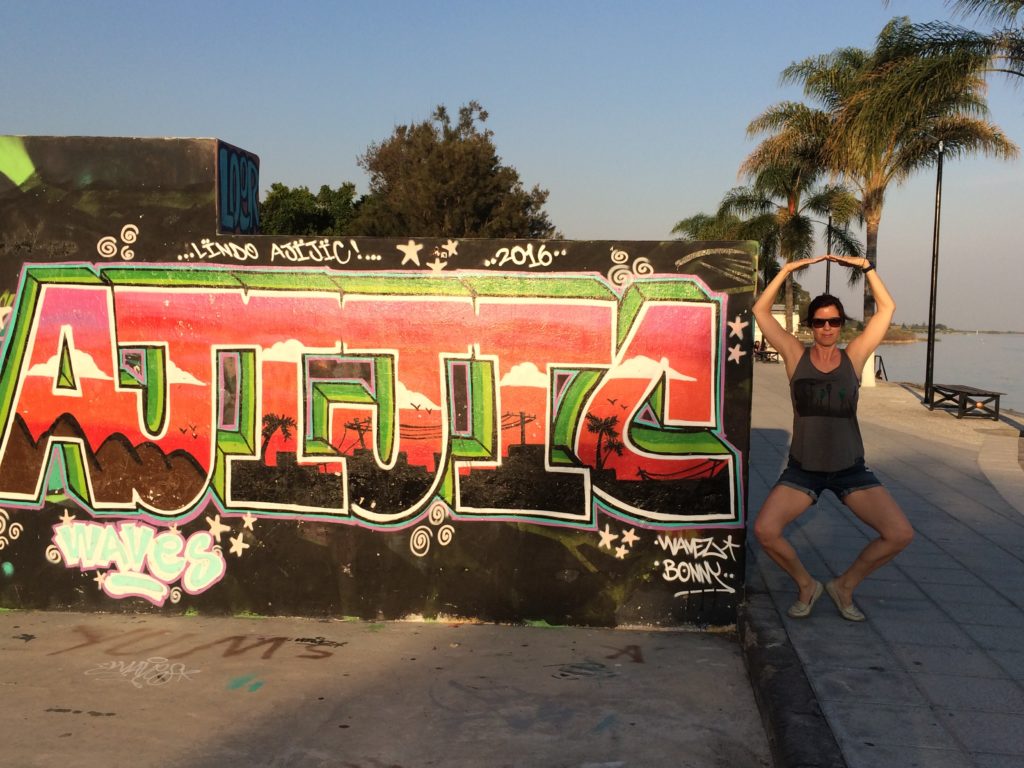 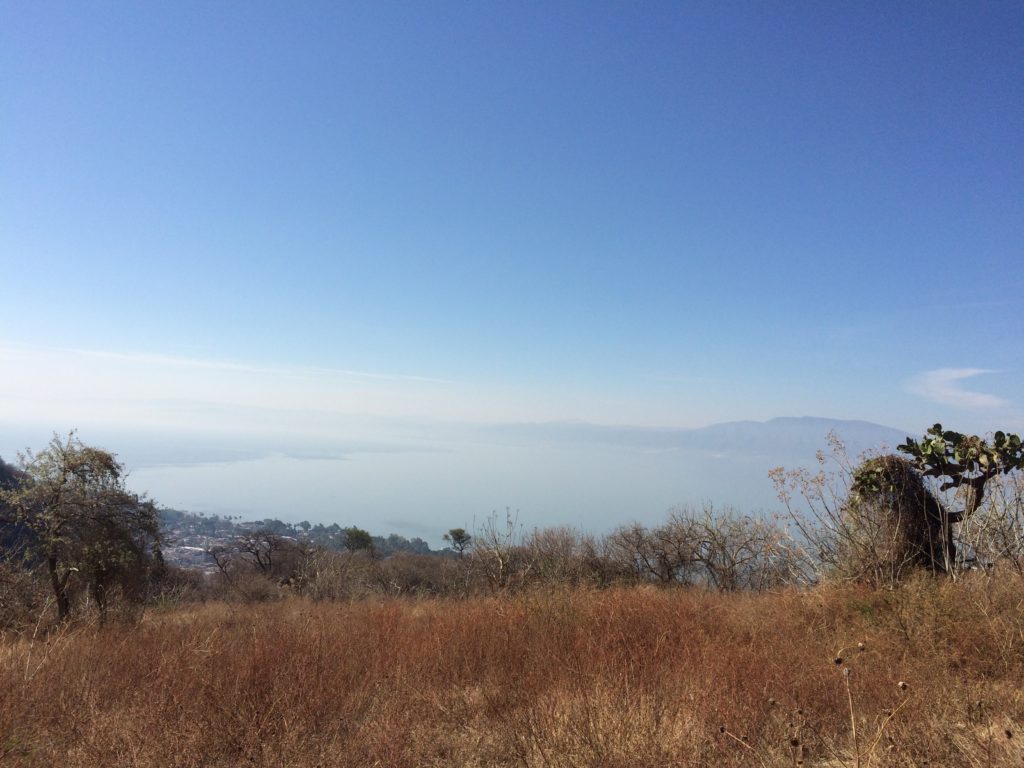 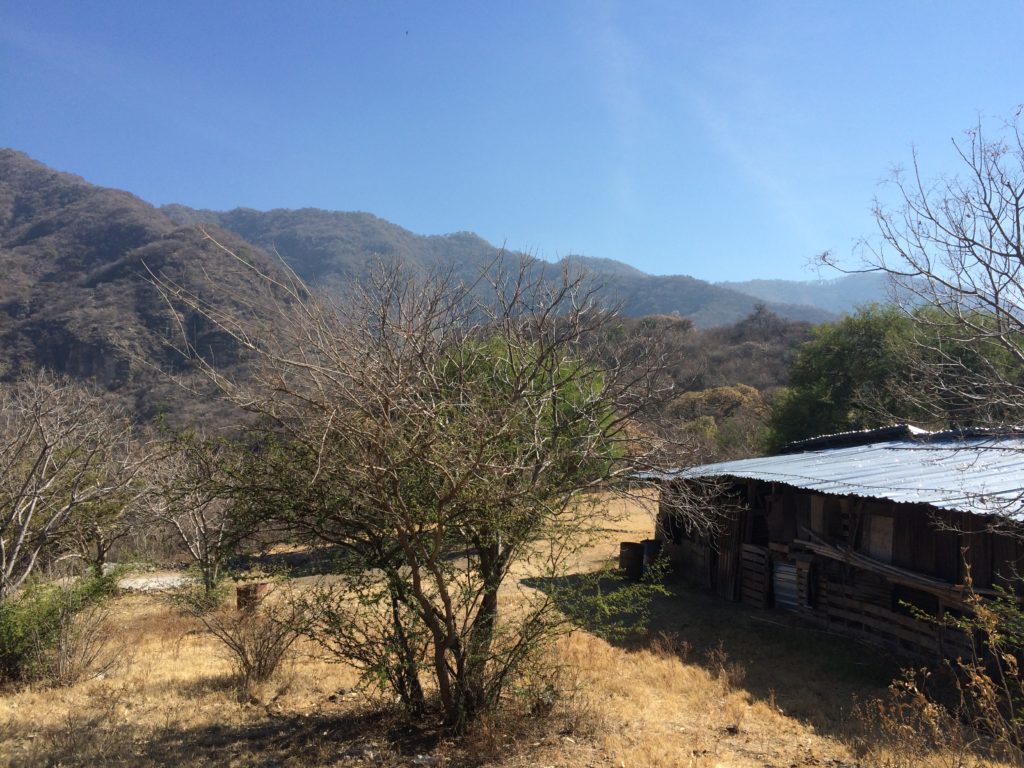 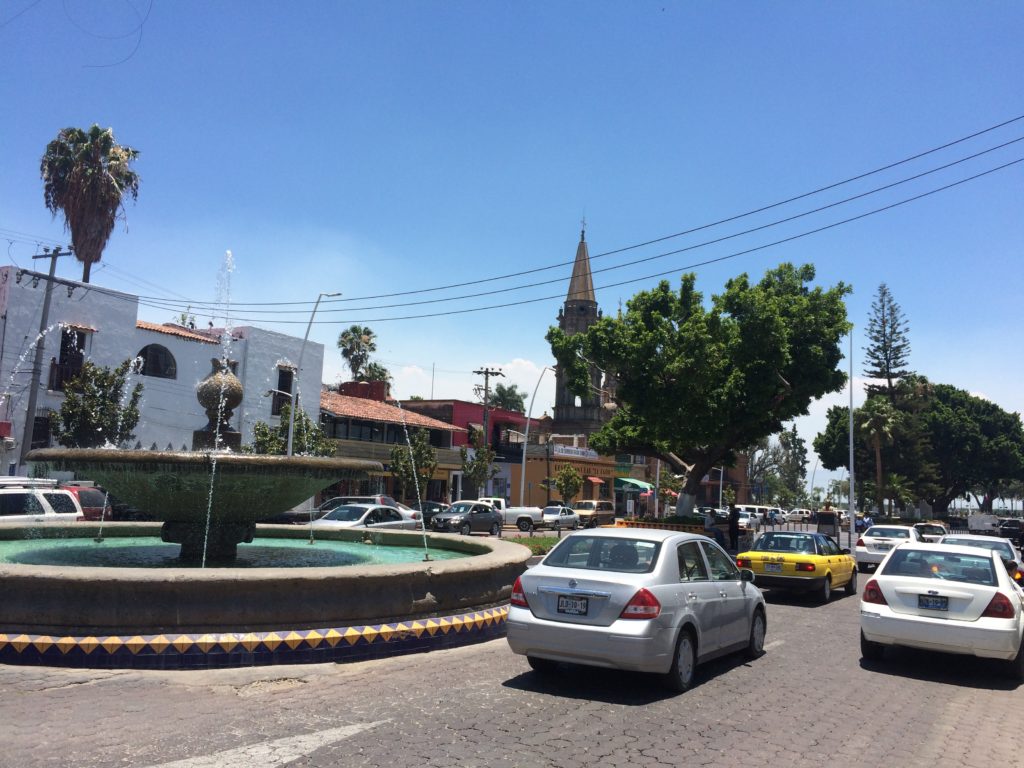 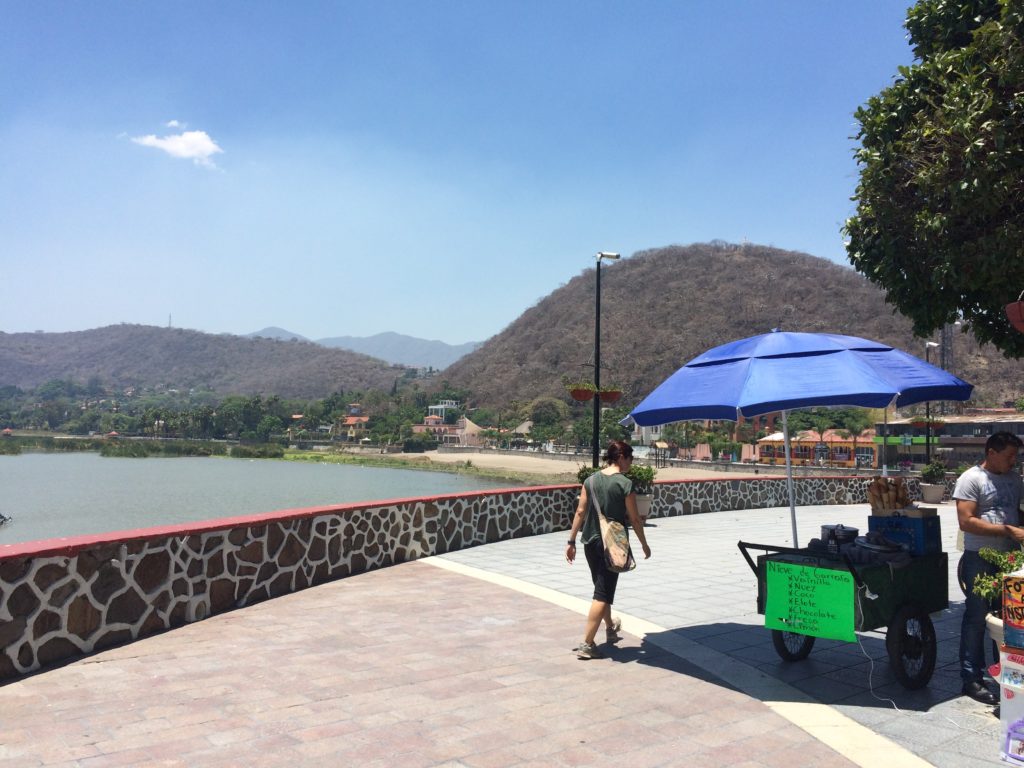 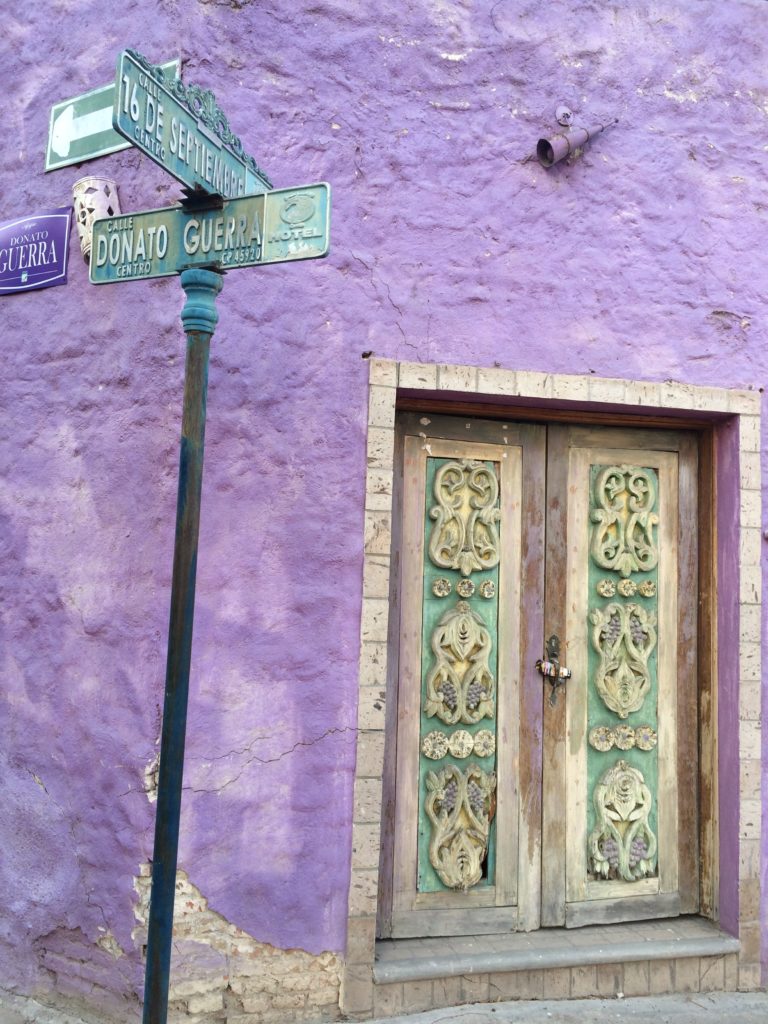 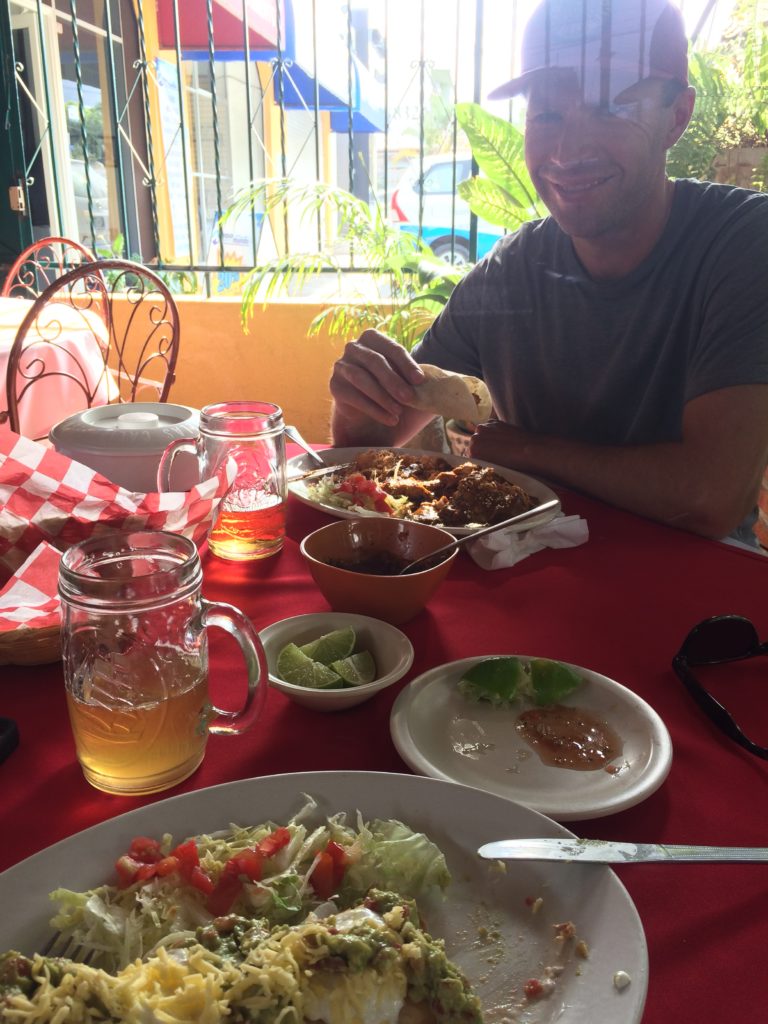 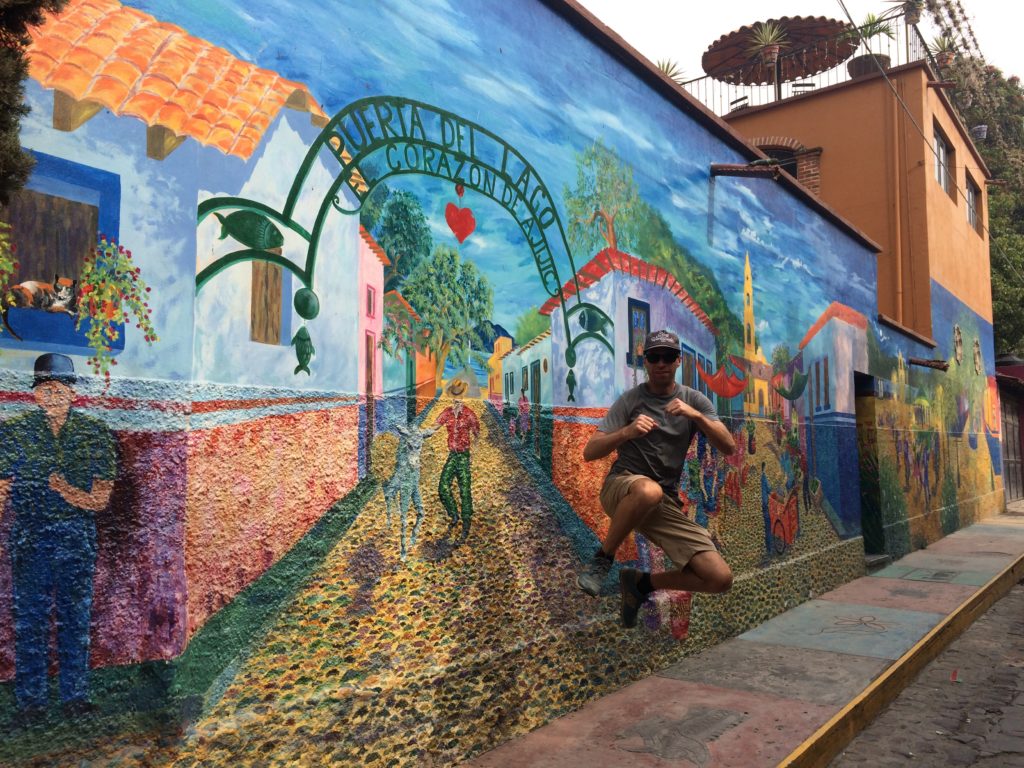 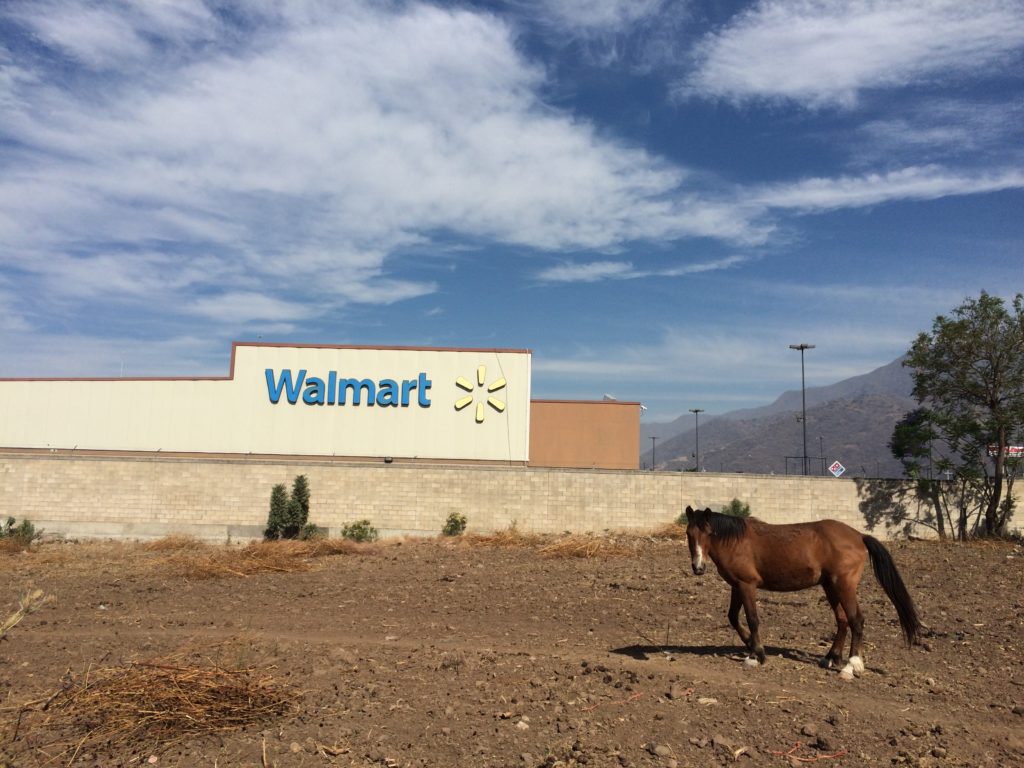 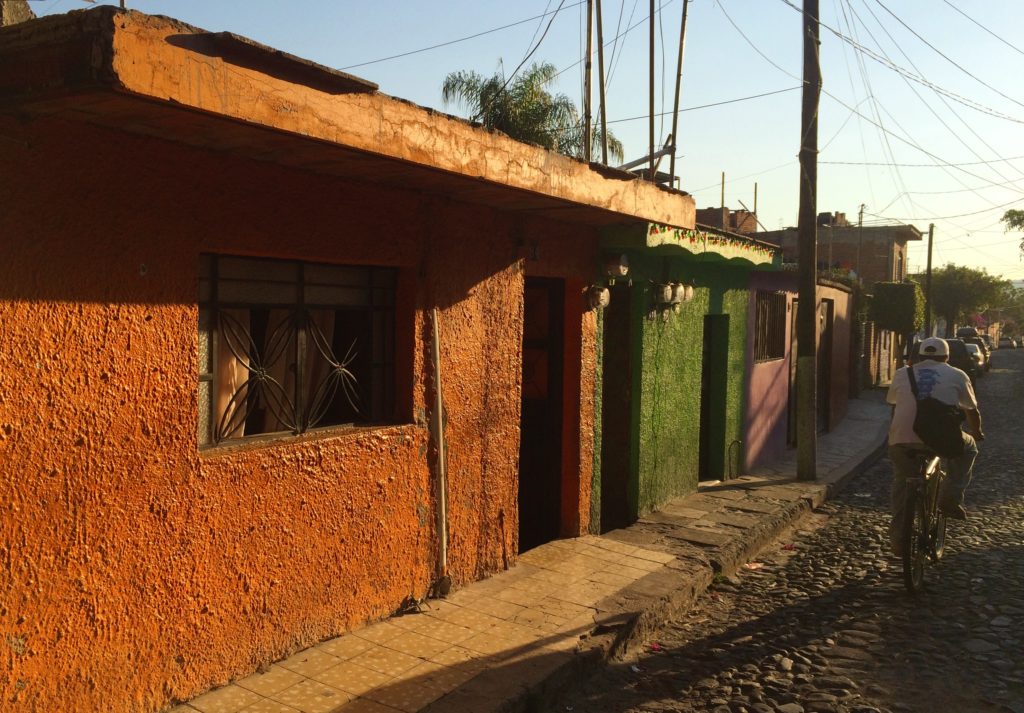 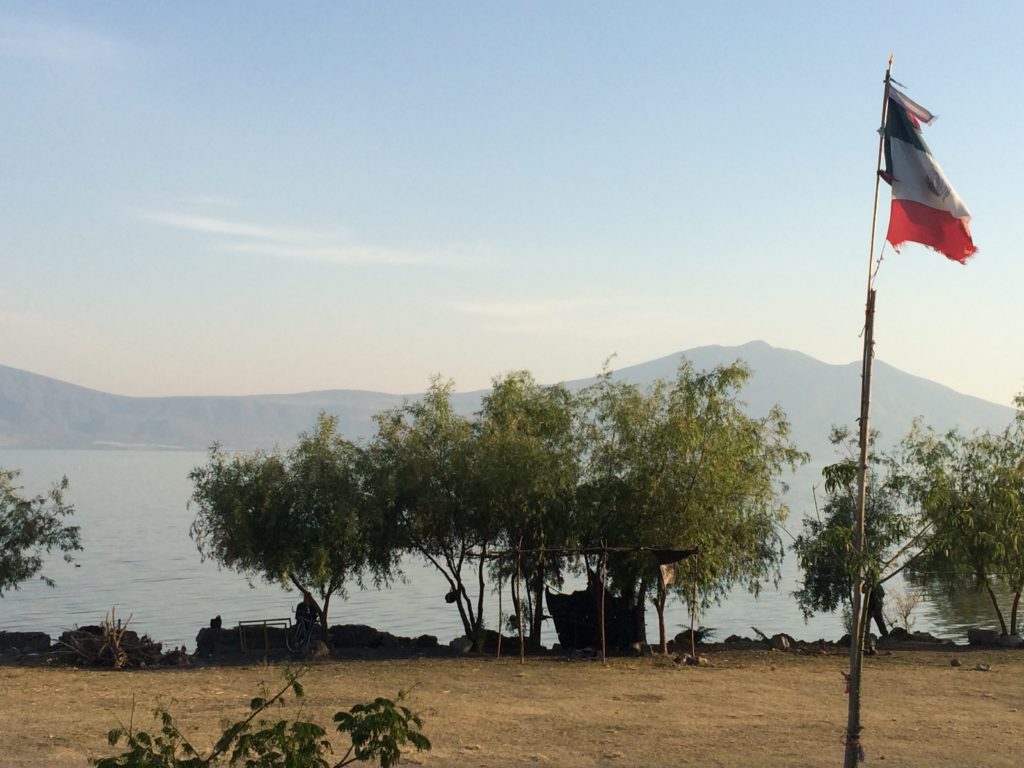