After several days of soaking up the relaxed, almost sluggish, atmosphere of Ceningan it was time for a slight change of pace. So we packed up and embarked on the epic journey across the island, over the bridge, to the far west side of Lembongan to Mushroom Bay – an all-encompassing motorbike journey of roughly 7-8 minutes. Like a whole new world! Well, not really, although there was an actual beach, with actual sand, and home to some of the best surf camps in Bali. Meanwhile, the day-trippers were still fully grouped and life-jacketed, having yet to disperse throughout the islands teetering uncertainly on small motorbikes far beyond their realistic ability levels. Other than that, things were pretty similar. Sure, there were small differences:

Our hut at Mola Mola House was right on the beach, so instead of at Da Fish, where we gazed placidly out over a nice pool devoid of swimmers, the distant ocean and the fairly listless construction of a new set of nearby huts, here our balcony was on the 2nd floor of a traditional hut and overlooked the beach, the bay, and a myriad of tourists unwisely challenging the strength of the stunningly strong tropical mid-day sun in hopes of garnering a few lukewarm compliments on their tan when they return home. It made for a very festive atmosphere, and was kind of like people-watching at the mall, except that the bikini-clad sunbathers weren’t dressed quite as sleazily as the girls at home, and the unattractive drunks lying on the ground tended to be fat and sunburnt instead of homeless and playing the banjo. We also had a fully shaded hangout area underneath our balcony, a great bonus since we had recently learned the hard way that even canvas umbrellas can’t be trusted to defeat the powerful rays of the sun around here. The bathroom was fairly odd, mind you, being mostly outdoors and combined strangely with both the stairs and the main entrance, although it was nothing we couldn’t adjust to. I mean, when it was raining you could still shower and barely notice the difference, and brushing your teeth, well, that didn’t take long so a bit of rain was just refreshing, really, but it was a bit disconcerting getting wet all over while taking a leak, instead of just my hands  and feet like usual. And when the rain stopped and the sun came out in full force the floor would get so hot that you either had to wear flip-flops while on the toilet or hold your feet up in the air like you were politely making the maid’s job just a hint easier, and immeasurably more awkward socially.

Because we stayed at least three nights we were entitled to one free day of moped rental, which we frivolously used up almost immediately when we realized we had left Laynni’s e-reader behind at Da Fish.

What to do on Nusa Lembongan

We spent one morning walking to see the Devil’s Tears, an area of rugged volcanic cliffs where the currents roil the water off-shore and the waves put on a big show crashing in amongst the caves and grottos. The only downside is that the action is wildest at high tide, which at that time of the month just happened to fall at 11:30 am, also known as an absolutely shit-crazy-hot time to be wandering around in the sun. On the bright side, I was wearing a pretty spiffy muscle shirt, a wonderful innovation designed specifically to maximize the air flow to such key areas of the anatomy as the shoulder blades, armpits and that crucial section of the upper chest where the hair is at its thickest and least ruly. But still.

We also took in the impressive views at Sunset Point, thankfully at its best at a much different time of day.

We also spent a morning getting our scuba fix at one of the best diving spots in Bali. Our first dive was at Toyakapeh, a beautiful site found amid the heavy currents of the narrow channel between Ceningan and Penida. The current was constantly changing in both strength and direction, whipping us around like a painfully beautiful plastic bag blowing in the wind by a wall. The picturesque coral and extraordinary schools of fish were definite highlights, along with something that even our guide couldn’t identify – a large spotted mass about the size of my hand that looked sort of like a really big slug, or something your parents might place inconspicuously near their front door to hide a spare key under. After about an hour surface interval relaxing on the boat and fueling ourselves with tupperware containers filled with fried noodles and limp cabbage, we ventured below again at Mangrove Point. Thankfully it was only named for its proximity to the mangrove forests of northern Lembongan, and didn’t actually require diving in among a bunch of creepy trees best known for hiding sea snakes and detaining passing water bottles. It was actually just as impressive as Toyakapeh, with similar coral and fish but located along a steeply sloping wall and lacking the exhausting battle with the current that barely leaves a guy enough time to relax and enjoy the scenery, or to float motionless long enough to piss in your wetsuit. Unlike Tulamben, these dives involved jumping off the side of a boat again, a much more common method, and one we take to with uncommon skill and grace, as you can see from the photo Laynni took of my deft backward entry. Excellent form and majestic photography, a rousing success all around.

Constant sources of amusement were the large groups of Chinese tourists who would come to the island on day trips from Bali. The activities were always the same, undertaken in the exactly the same order, and with a ruthless uniformity clearly designed to ensure each and every participant experienced a legally mandated minimum level of fun, and rigidly enforced frivolity. Short briefing on the beach, squirming uncomfortably as you stand trapped between the harmful rays of the sun above and the groin-hot sand beneath your feet. Lifejackets to be worn, carefully fastened, and with buckles to be tugged and checked repeatedly, whenever in sight of more water than will fit in the custom Hello Kitty water bottle tucked into your designer handbag. Then drinks at the bar, volleyball in the pool, with orderly groups of 6 removed every 10 minutes for their chance to have a loud, rather decrepit boat drag you around the bay on a large, bright yellow inflatable, joined by a dark, shirtless man who will occasionally do his best to shake the phallic contraption back and forth to create the illusion of excitement and unpredictability, laughing boisterously the entire time to remind you just how much fun you are having.

Finally, assuming you survive that treacherous adventure, you will have a final half hour of optional time!

Option 1: Joining a group of 10 to 12 compatriots jockeying for shade under a single beach umbrella, your impressive array of clothing and thick layer of zinc oxide clearly not sufficient to gamble with the precious paleness of your skin.

Option 2: Snorkelling around the bay in 3 feet of crystal-clear water looking as uncomfortable and nervous as a baby graduating from the sink to the big tub for the first time, and somehow managing to pay dangerously little attention to the boats passing all around you, despite diligently poking your head up every 20 seconds or so just to make sure the island itself hadn’t mysteriously disappeared while you weren’t looking.

Final thought before filling you in on our current state of affairs back among the rice fields of Ubud:

Is it just me or do mangroves have literally nothing going for them? 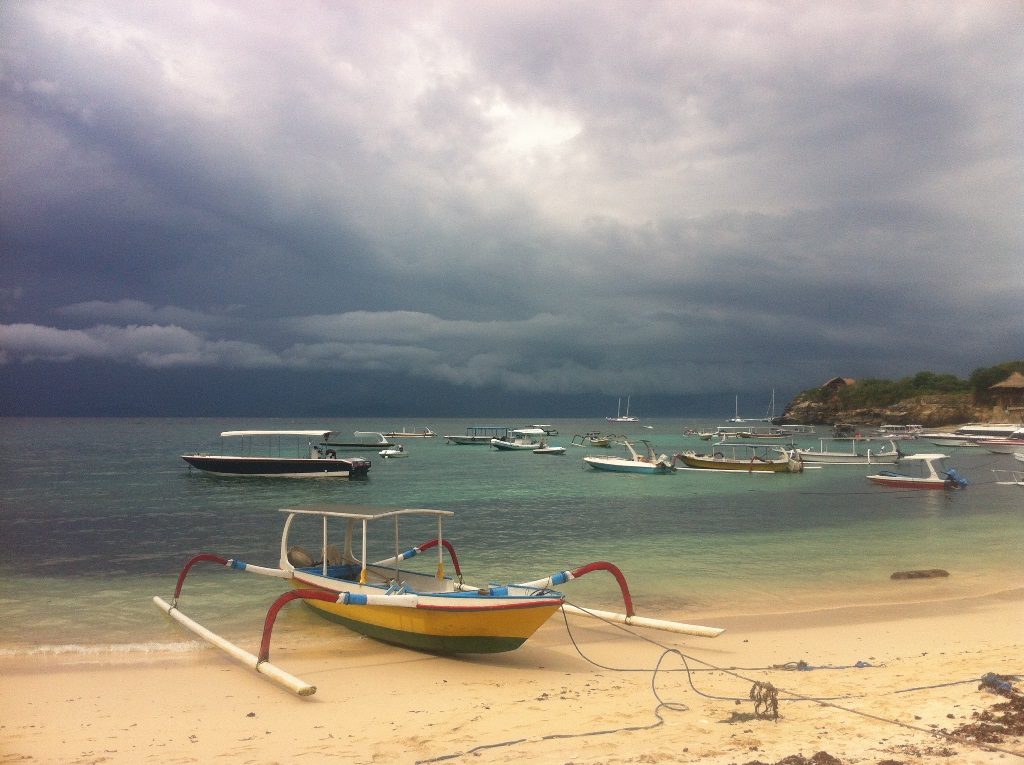 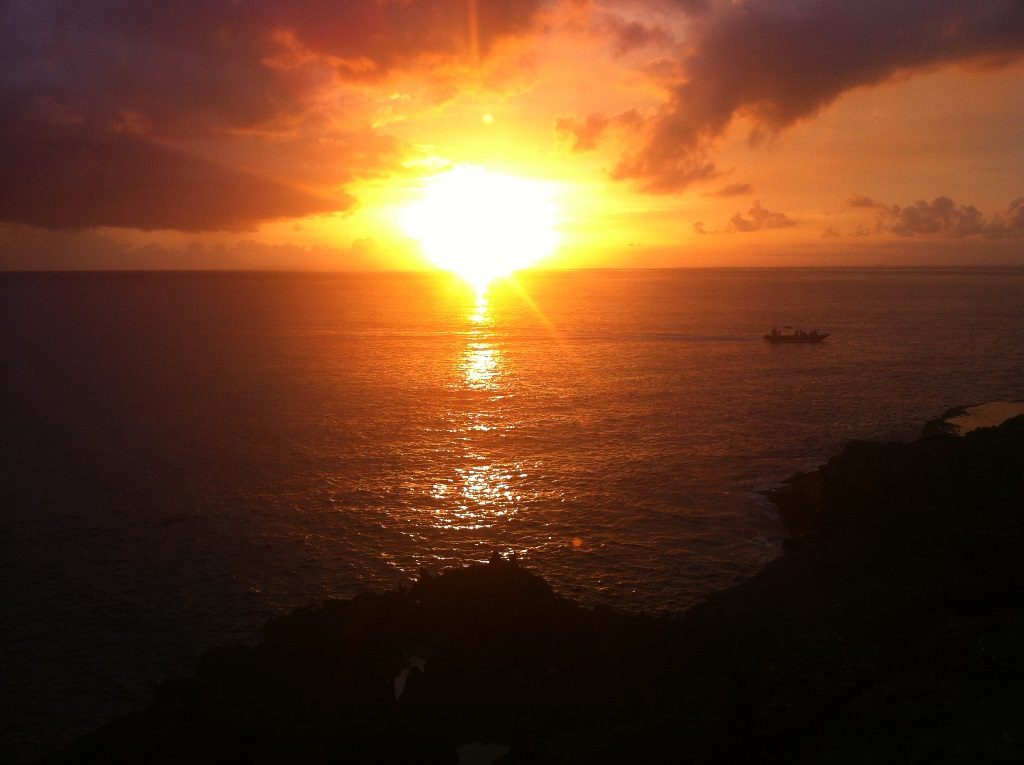 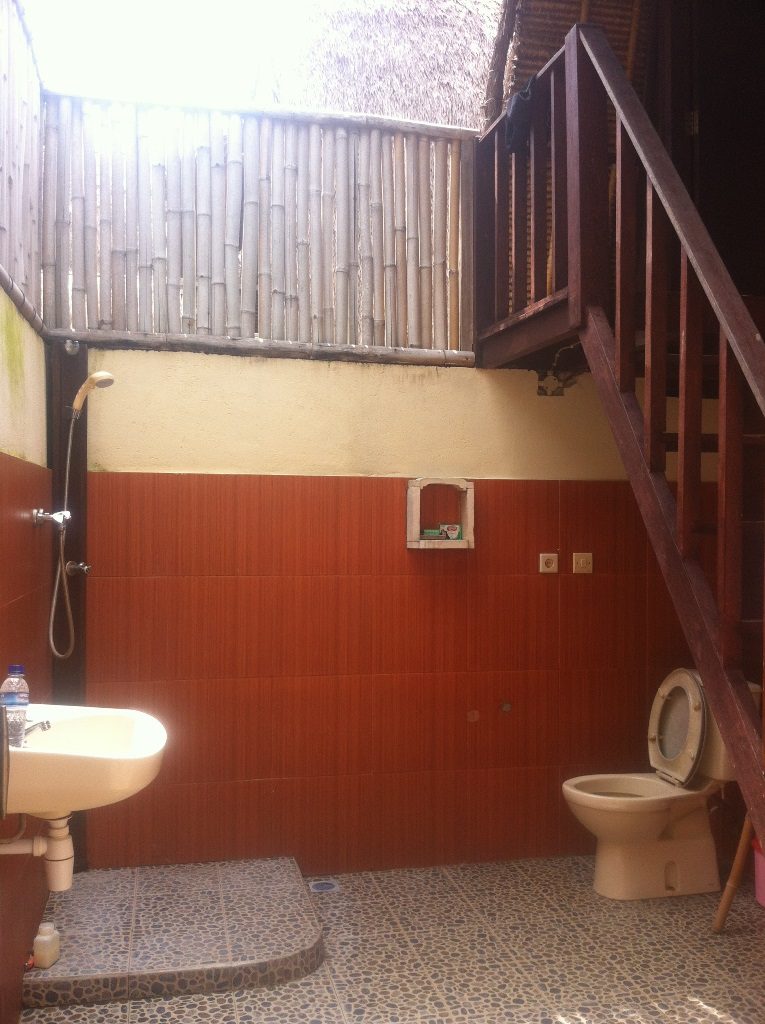 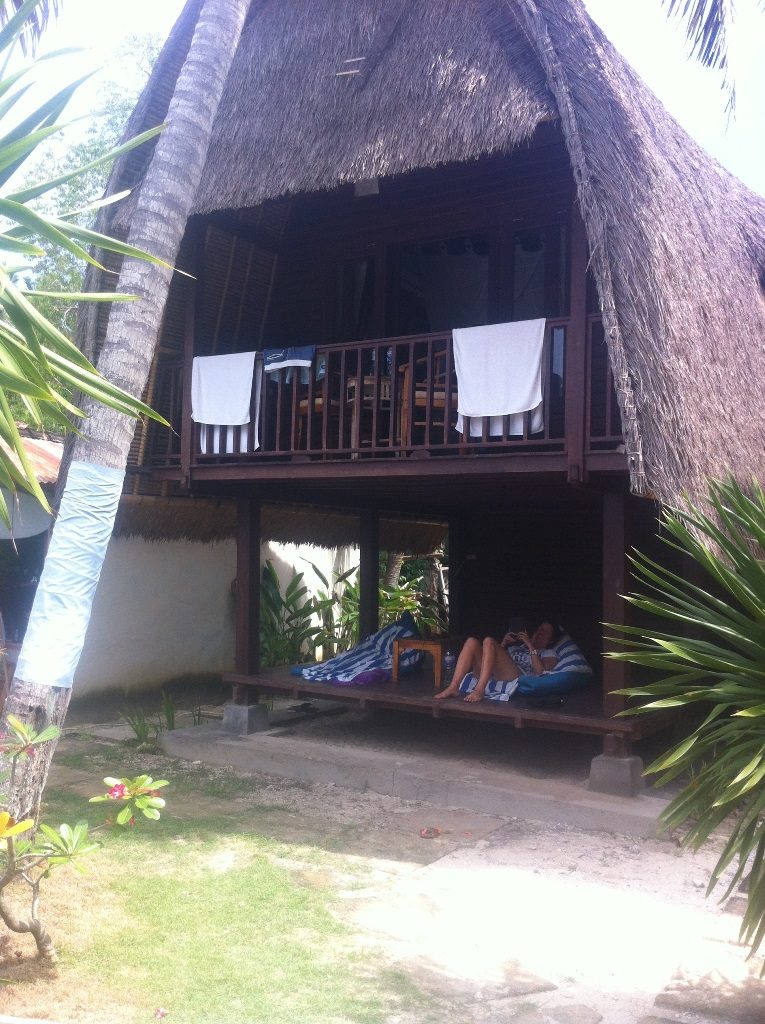 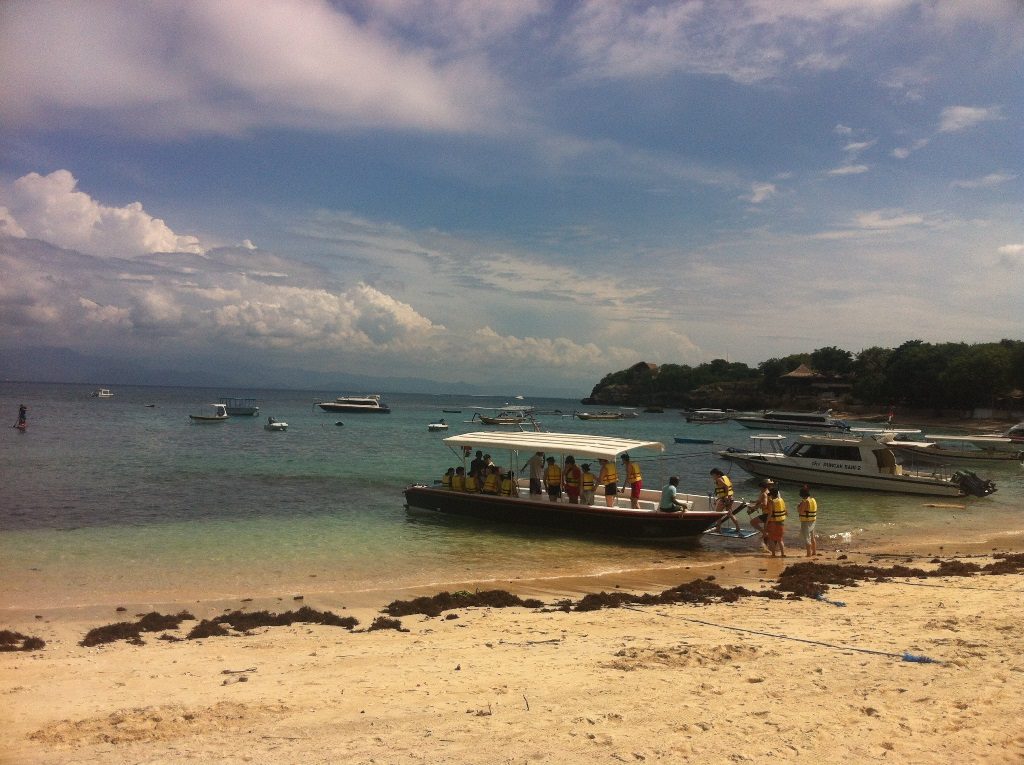 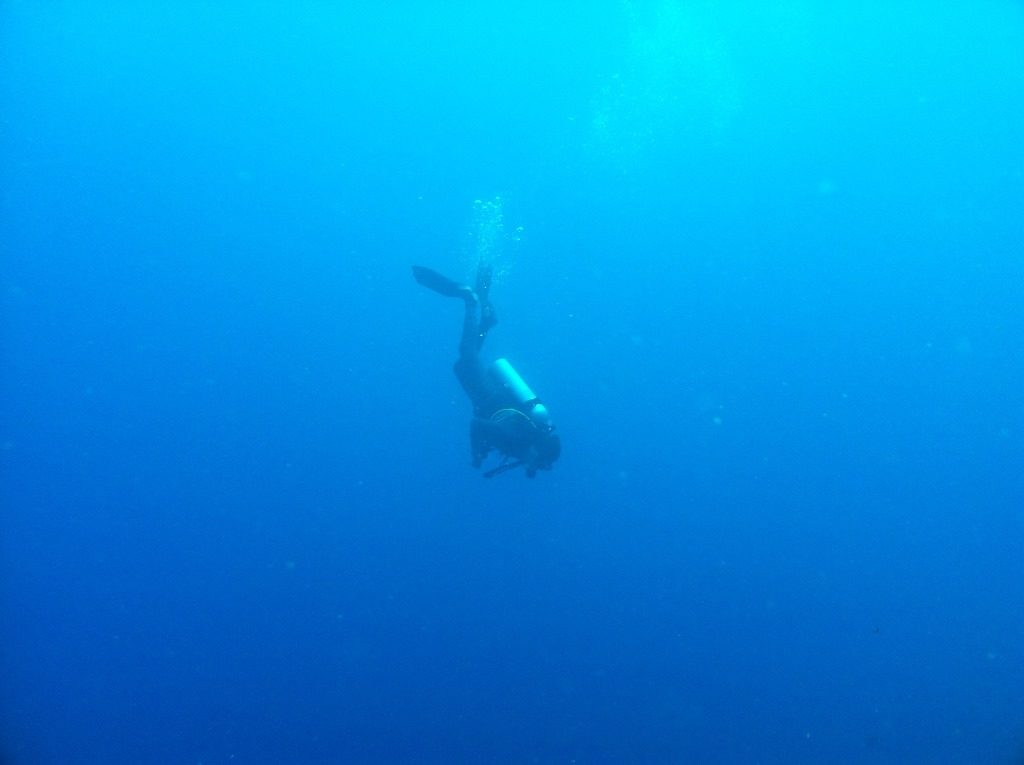 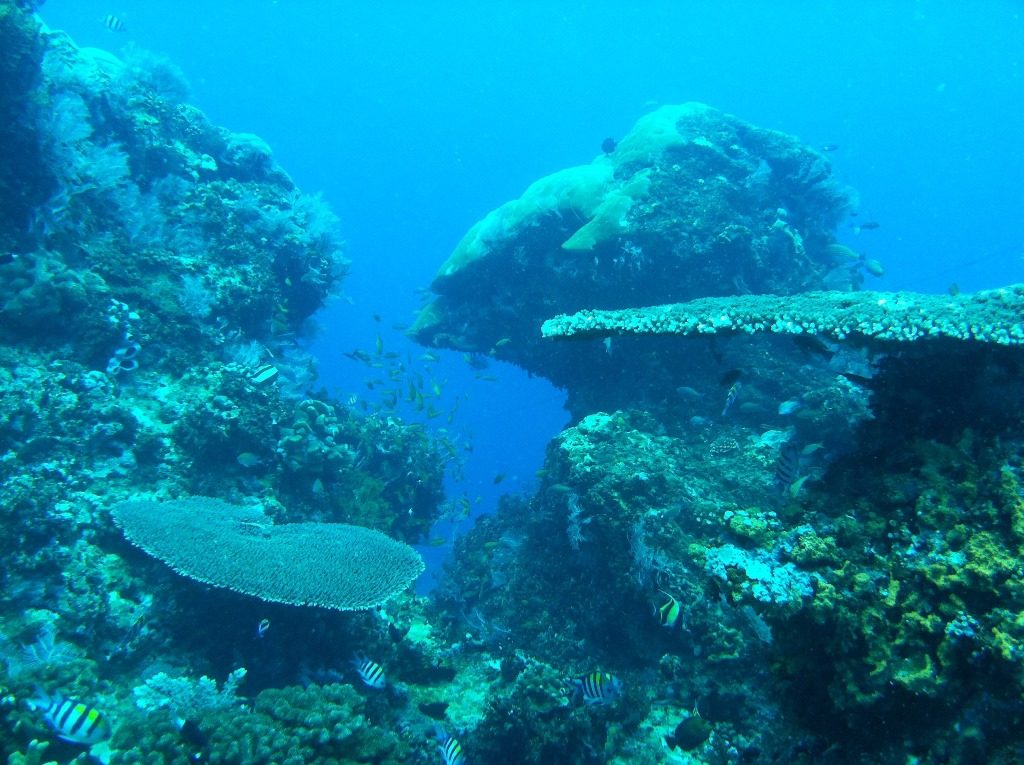 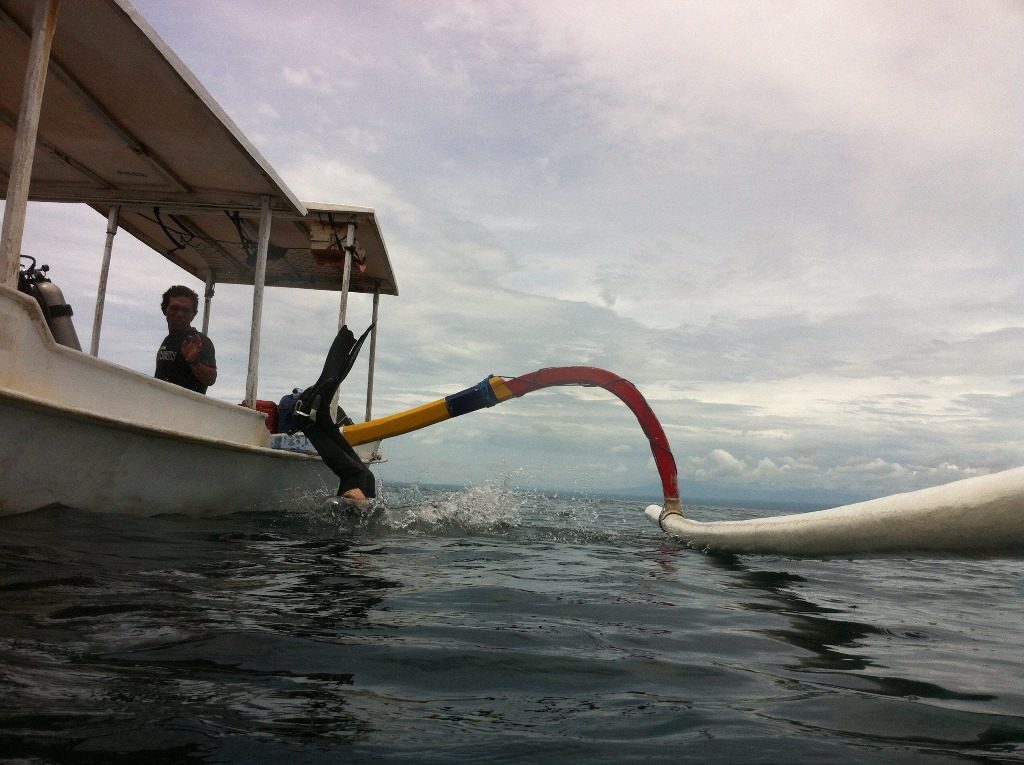 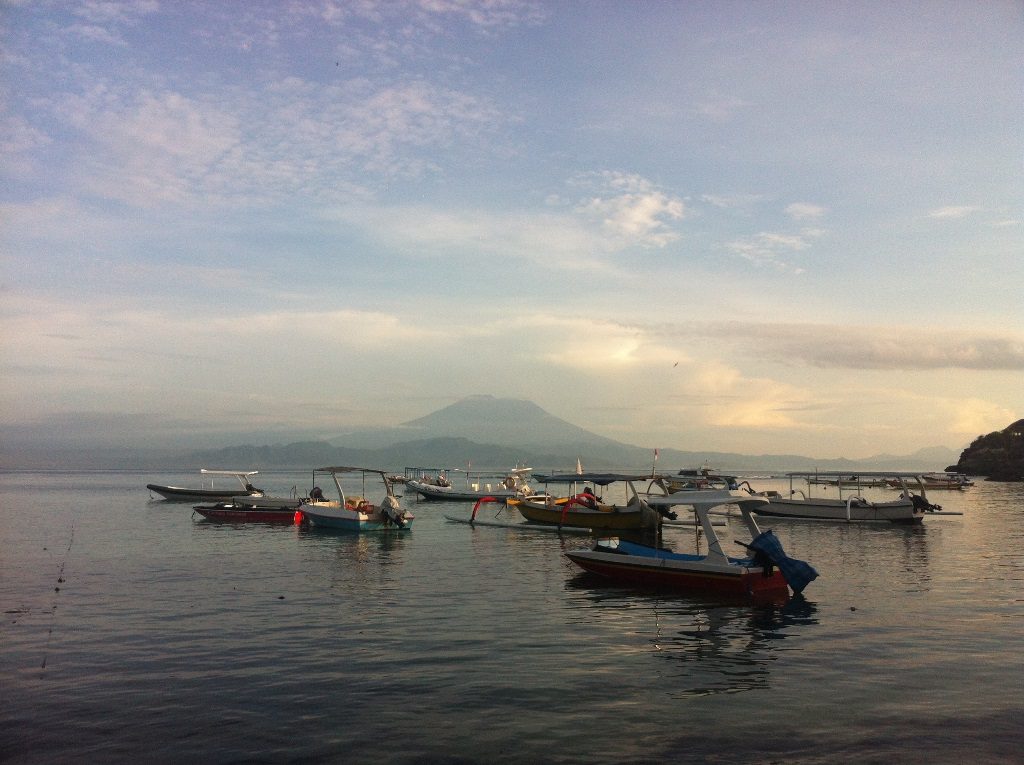 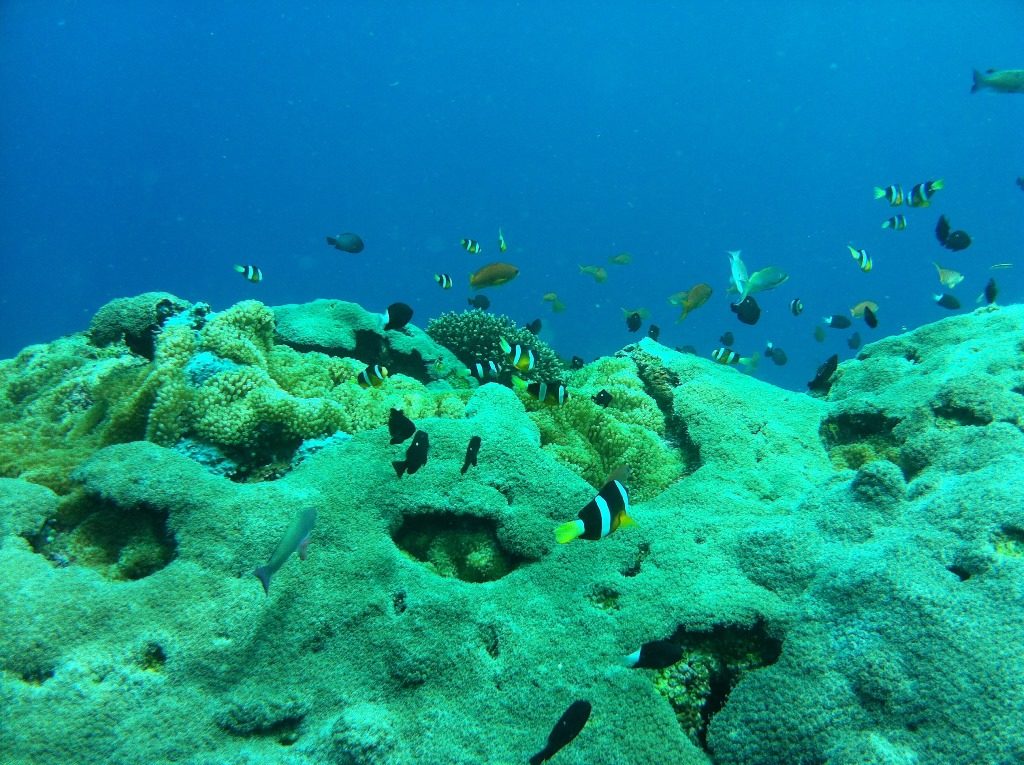 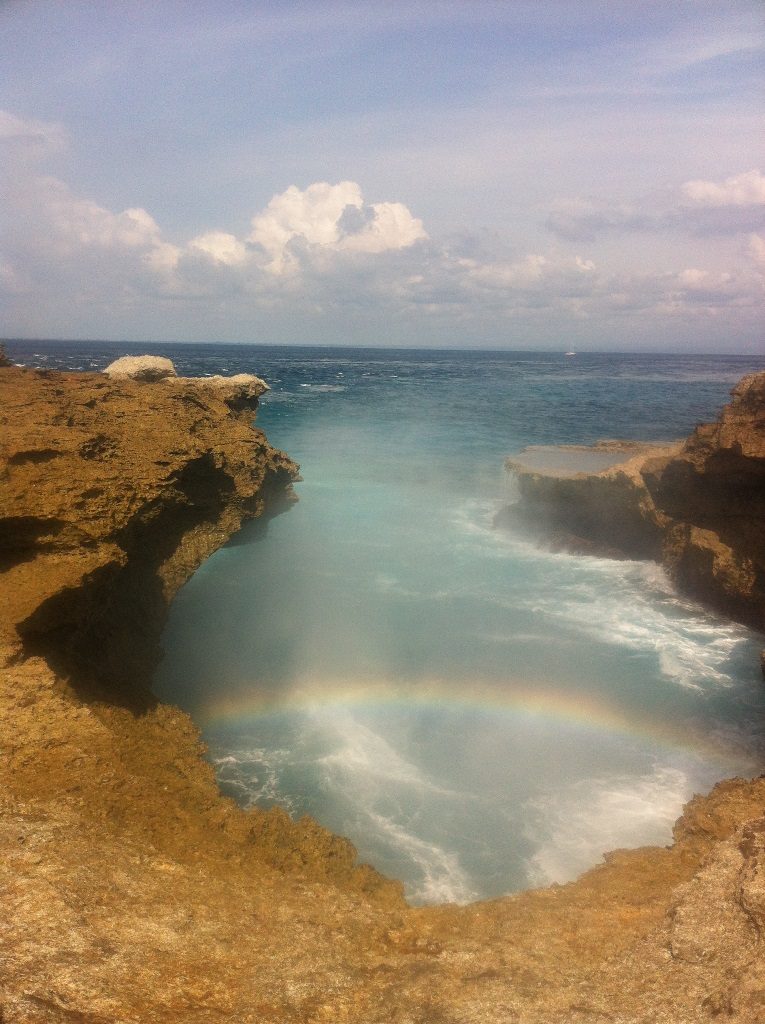 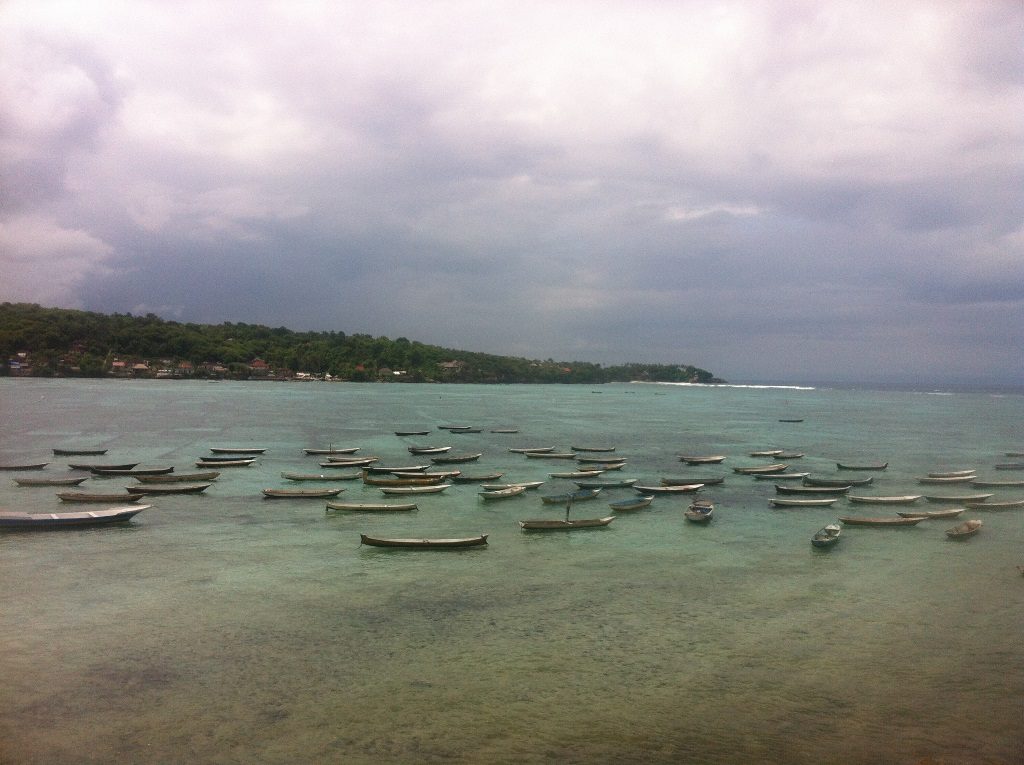