The Big Hills of Bariloche

If El Chaltén is the hiking capital of Argentina, then Bariloche would have to be the vice-capital. The Biden to their Barack, if you will. Or the Andy to their Conan.  But that is, of course, just when it comes to hiking, and really only by reputation since for our money, what remains of it after nearly a month in Argentina, the backcountry scenery around Bariloche was even more spectacular than that around El Chaltén. The key difference was that around Bariloche you could hike from hut to hut, while in El Chaltén if you wanted to get further afield you needed to camp. But since we aren’t carrying a tent, stove, mats or any other essential camping gear aside from sleeping bags and our trademark hopeful grins, we only got truly back country in Bariloche’s Parque Nacional Nahuel Huapi and over the course of our 5 days and 3 nights of hiking it ranked even higher than the Fitz Roy area on the “stunning views per minute” scale. 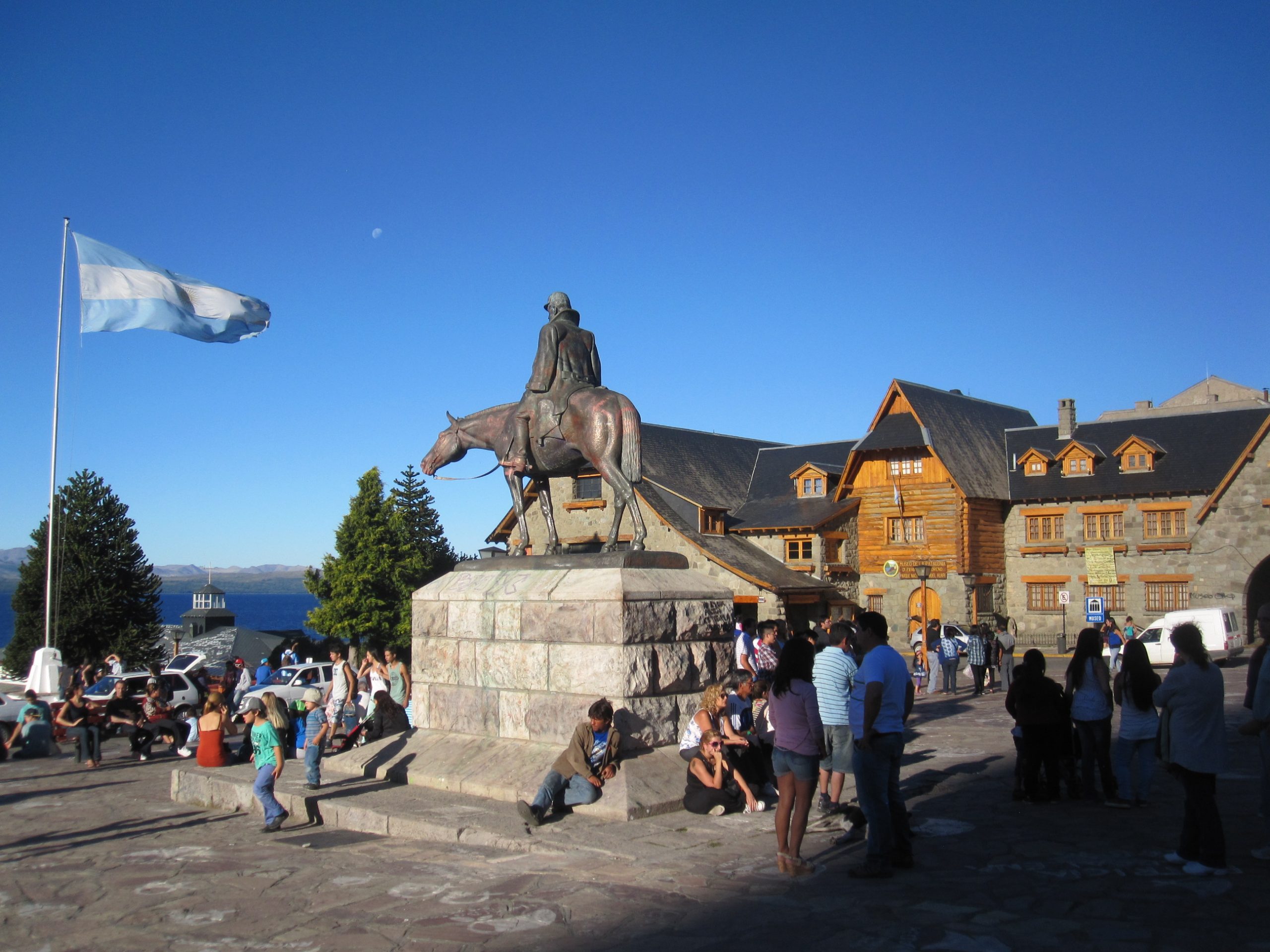 As for the city itself, although it definitely grew on us after a week it was somewhat disappointing at first blush, being often described similar to “a beautiful town in the Swiss Alps”. Well, I haven’t been to the Swiss Alps but I’m guessing that having one plaza surrounded by stone and wood buildings, a bevy of chocolate shops and patrolled by pair of St. Bernard’s you can take photos of for money doesn’t exactly make it an exact replica or anything. The other 99% of the city seemed distinctly South American to us, not in a bad way, just in a disproportionate number of steak restaurants and barking dogs sort of way. Although, unlike in Buenos Aires, whenever we changed money in Bariloche we got not only a great rate, but a complimentary piece of chocolate. So that was nice. As was the tasty 10 minute empanada place. And the fantastic Italian place we ate at three times.

But as I alluded to earlier, most of our time in Bariloche was taken up with hiking. A brief overview:

Nice hike along the lake, then turned inland to go gradually uphill to this rustic little refugio set in a picturesque location on Laguna Tonchek. 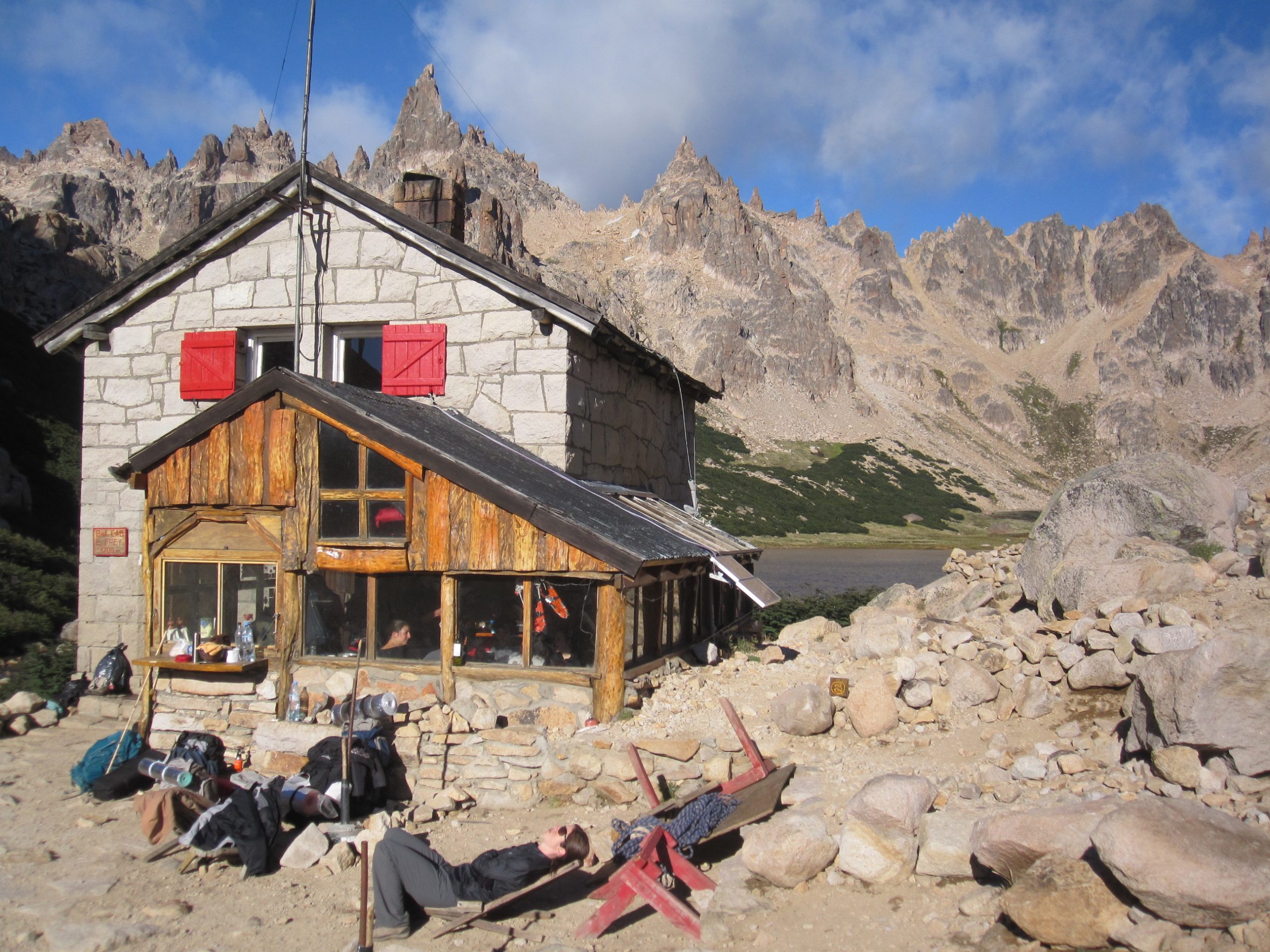 Somehow we were unaware that this was also one of the most famous rock climbing locations in South America (even featured in magazines), although it clearly wasn’t a surprise to anyone else, least of all the dozens of climbers who seemed to have adopted it as their semi-permanent home. We arrived to find people sleeping on mattresses outside, lots of tents, and the surrounding sheer rock walls dotted with the tiny, straining forms of raggedly dressed young people who hadn’t showered in quite some time. Which we only really learned later that night when we were all packed into the cozy little common room for purposes of food, warmth and the intense perusal of climbing diagrams and otherwise dull close-up photos of rocks.

This refugio was also in a spectacular location on a lake (we soon learned that they pretty much all are), was far less busy (their rocks were either jagged or round, not tall and flat of the type favoured by climbers and coaches of female volleyball teams), although the similarly basic “bathroom” (more or less a flushing outhouse) was even further away this time (at least 200 metres, even though that is just an estimate, since sneaking out the door at 3 am in only your long underwear to piss in the general direction of bush right next to the wall seemed the better choice at the time, although in slightly poor taste, or so I’ve been told). But the real highlight was the hike between the two refugios – a crazy, grueling day which we’ve since decided would have been hard to tackle had we known in advance the full extent of its ludicrous climbs and descents. Hike to the end of picturesque Laguna Tonchek, no problem, then an hour straight up and out of the lake valley, most of the time climbing hand and foot up massive piles of collapsed rock, backpack and all, led only by the occasional splotch of red paint to trick you into thinking there really was a “best” way to go. 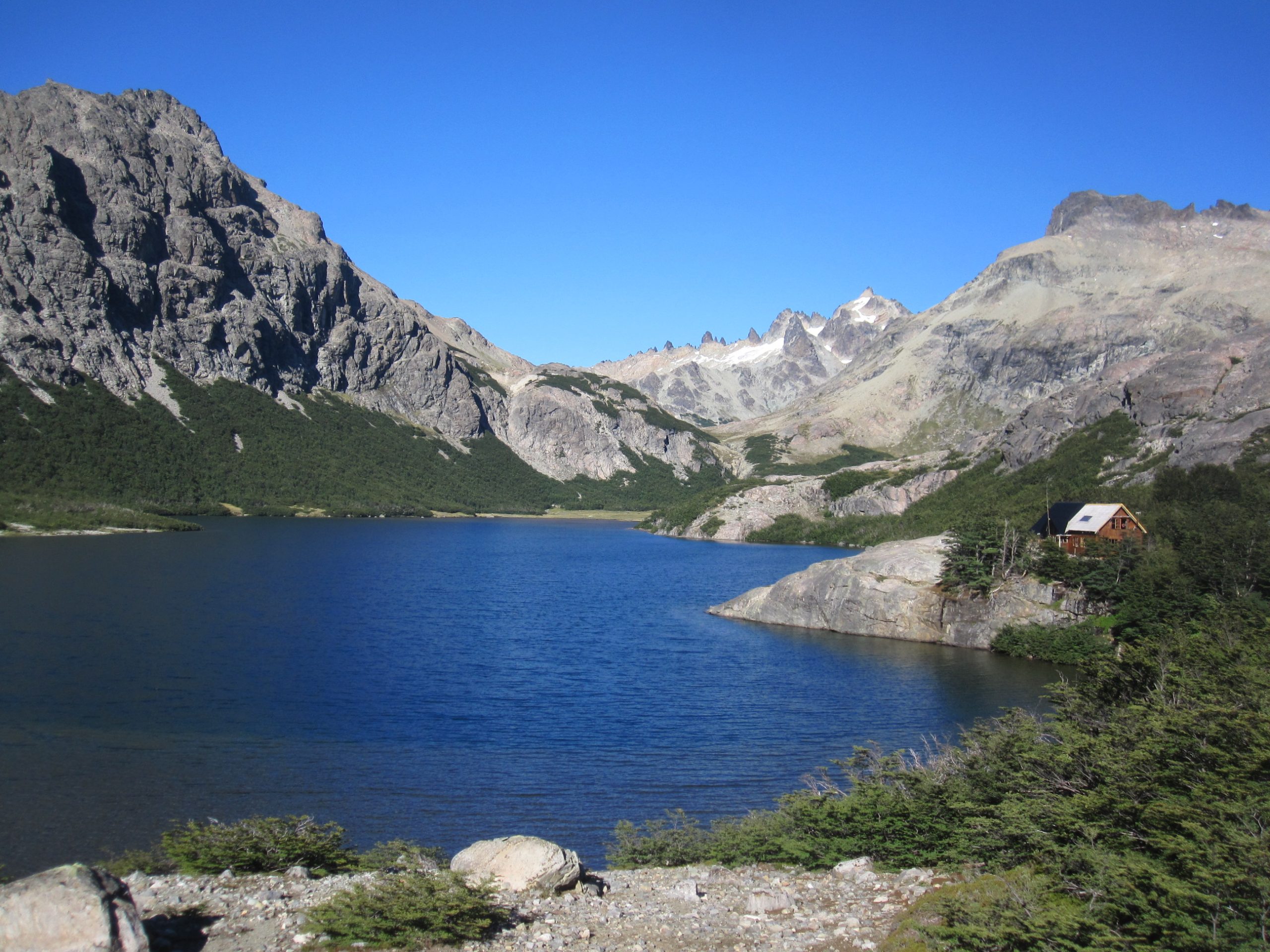 This is sometimes referred to by the optimistically sporting name of “bouldering”, but which, in the context of carrying a backpack and having 6-7 hours of additional hiking to face afterward, seemed more like a cruel taunt. Little did we know, however, that it only got tougher from there. The following descent was about twice as long, and could most accurately be described as, oh, let’s say, a thigh-busting and extremely dangerous mix of climbing, sliding and tumbling straight down the side of a scree-covered ridge. Most of the time there was no traction, outside of a rough estimate of how far any particular patch of loose dirt and gravel would slide before stopping you, and even the occasional large, solid-looking rock, like a beacon in the night, turned out to be a mirage (a wobbling, sliding, ankle-breaking mirage), or, every now and then, a large deadly projectile hurtling down the slope toward me from the inadvertent boot of a German hiking compatriot, forcing me into an frightened leap to safety.

Then, after what seemed like an eternity, and was, I suppose, if you measure in leg trembles and curses of disbelief, we arrived in a beautiful, wooded – and gloriously flat – valley. We stopped for lunch, then cruised through to the other side… and repeated the whole sordid procedure all…over…again. Long day. Long, long day. Buuut, the views were absolutely incredible from the moment we stepped out of Refugio Frey to the moment we dragged our weary, shuddering legs into Refugio San Martín, with the possible exception of the time when I had to pee while sitting on a log, for fear of my legs giving out and making a real mess of my already sufficiently filthy hiking pants. 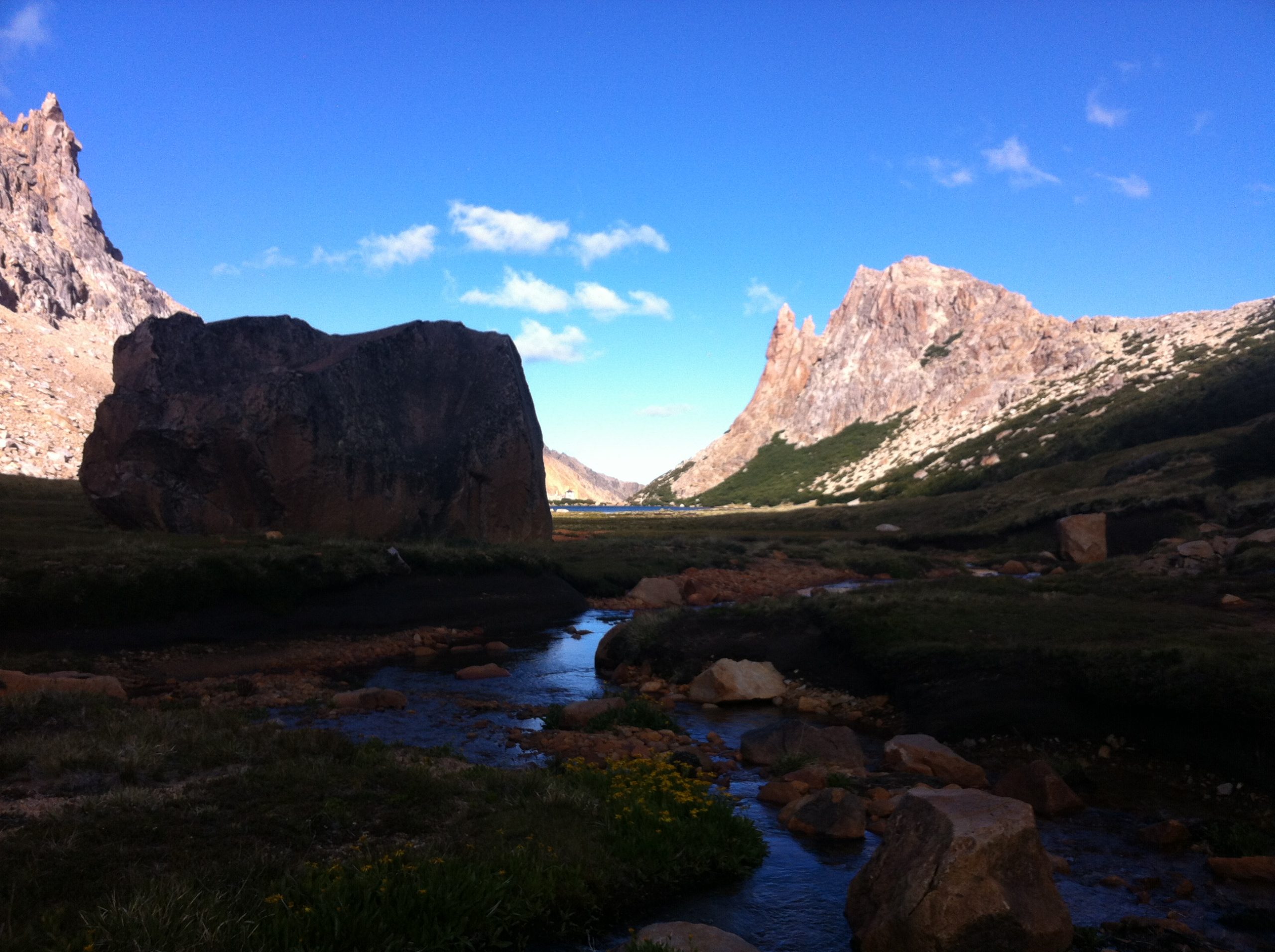 The trail from Bariloche to this Refugio was easy, easy, easy, then suddenly went straight up the side of a valley for an hour and a half on a series of switchbacks that have actually warranted their very own set of “Maldito Caracol” t-shirts (direct translation: “damn snail”). But at least this was on an actual path so was ten times easier than the earlier crossing, although that still meant it was ten times harder than other things we could have been doing instead, such as consumer testing another Irish pub, or watching hilariously subtitled re-runs of Friends, or really any other venture which does not involve me sweating all the way through my belt. The end result, though, was amazing yet again, probably the nicest location of the three, with the most interesting and organized refugio as well. Then, quite typically, it seemed we didn’t really know when to quit, so after a beer and brief nap we made our way around the lake (more bouldering, and even some rope-assisted climbing) to climb even further to the desolate ridge of Cerro Willis Bailey, where we were treated to maybe the most incredible views of the entire area – Cerro Catedral sticking up majestically in one direction, forbidding, snow-covered Mont Tronador dominating the landscape in the other, in all other directions surrounded by lesser peaks, green valleys, barren ridges and blue lakes. 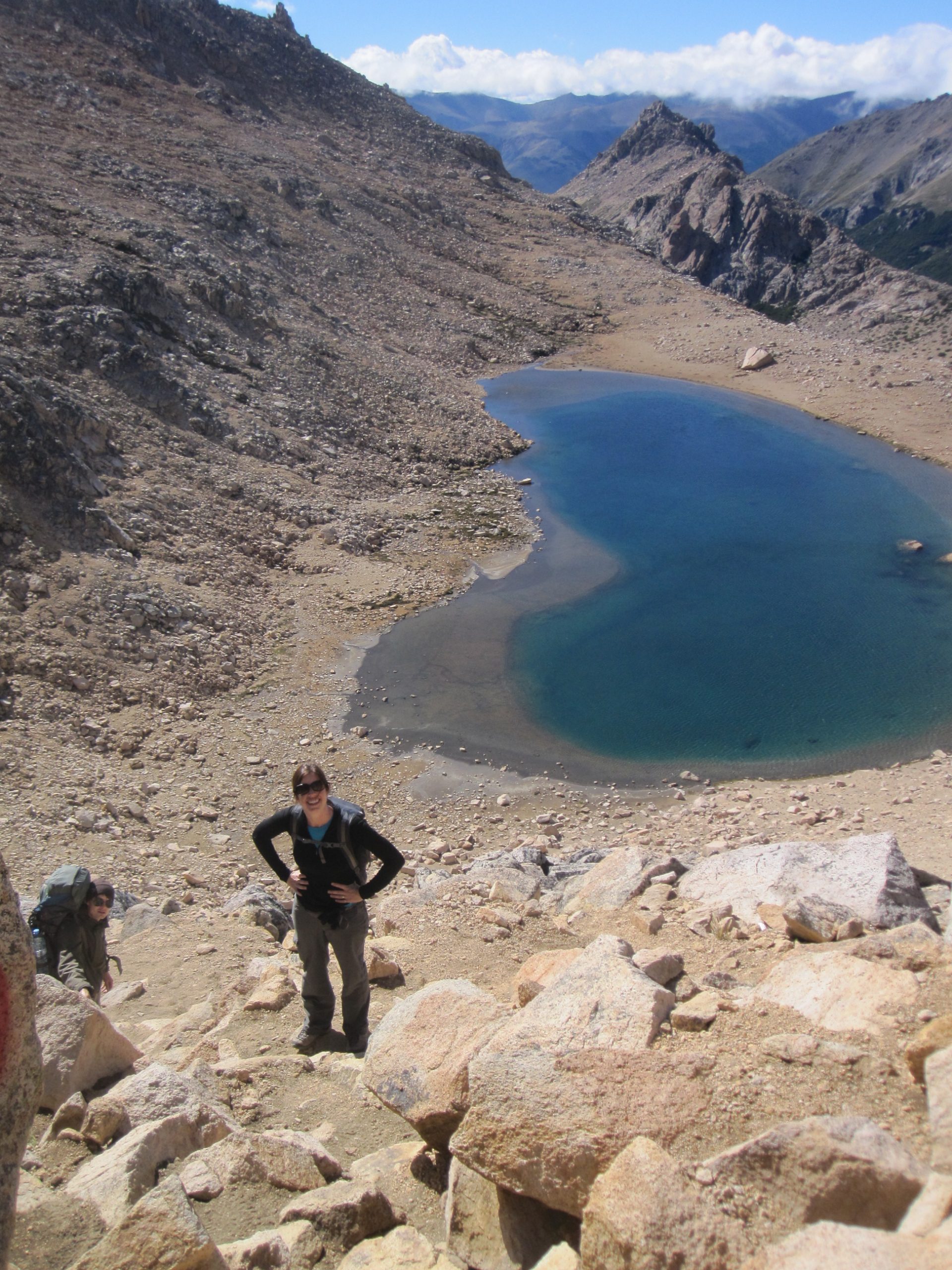 And there we sat as the sun slumped lower in the sky, not a breath of wind (on that exposed ridge, something that was probably about as common as me eating tomatoes recreationally), feeling once again like it was all worth it. At least for half an hour, until we remembered that we still had to climb all the way back down.

Somewhere in between all those trials by foot we also took a boat trip out to Puerto Blest, at the far end of Lago Nahuel Huapi. Not shockingly, there was some pretty impressive lake-surrounded-by-forested-hills scenery, and a pretty decent little cove at the end. However, not sure we needed over 4 hours to enjoy said cove, seemed like a way of making the whole trip seem a little more extensive than it really was, and for the lone restaurant to sell copious amounts of food and ice cream to bored tourists. The journey itself was also interesting for the vastly different type of tourist to that we had been encountering to that point on various hiking trails, in various refugios and in various insanely-long grocery store queues. The boat was filled with a more, let’s say, sedentary, version of Argentinian (i.e. very enthusiastic about desserts with every meal and routinely find the top button of their snug jeans troublesome), one who took an almost demented pleasure in tempting the seagulls following the boat to pluck crackers from their outstretched hands for, oh, a couple hours at least. We are talking about seagulls here, people. Let’s put this in perspective, shall we?

Next up: Chile, and its stupendous Lakes District 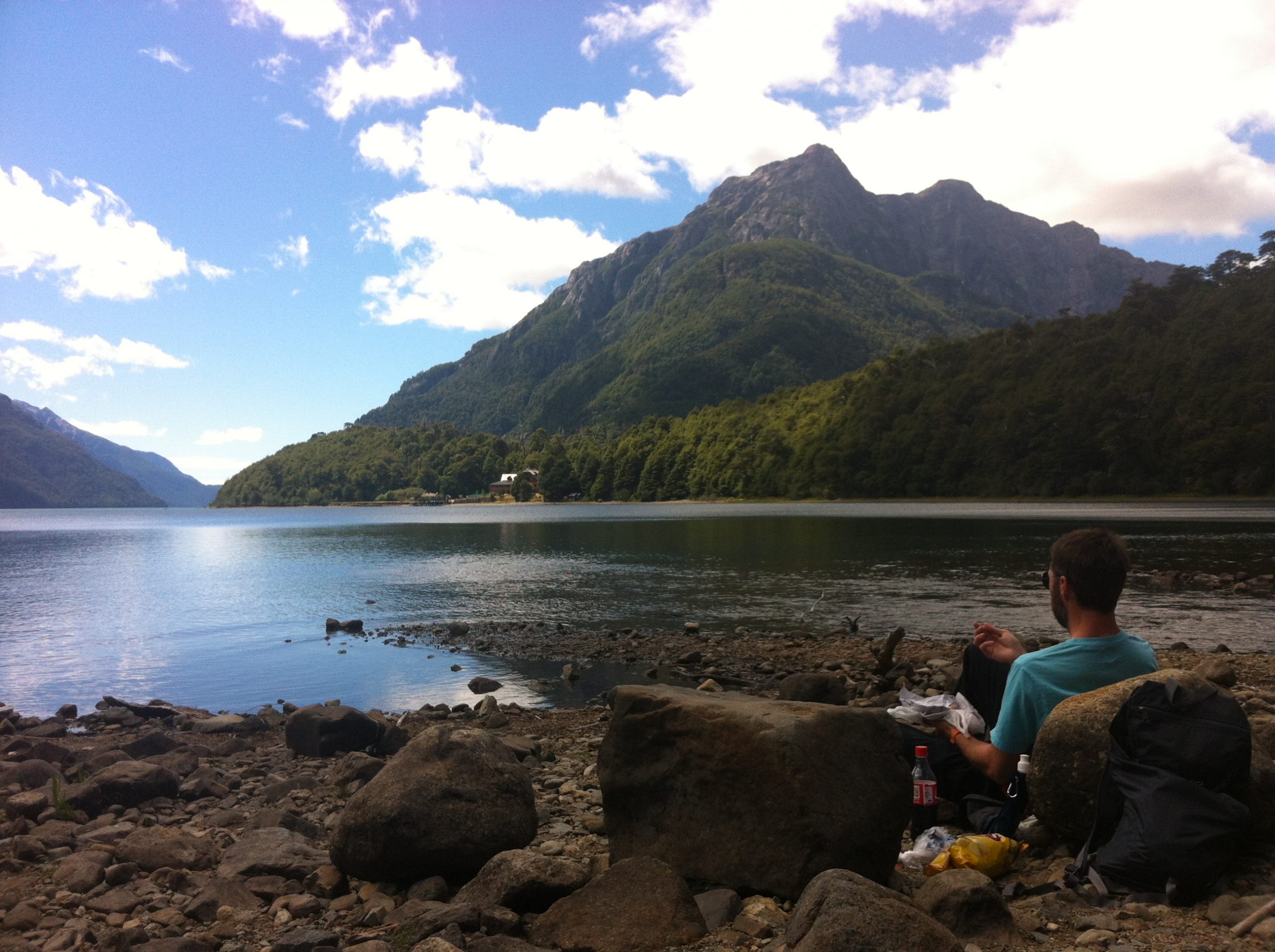 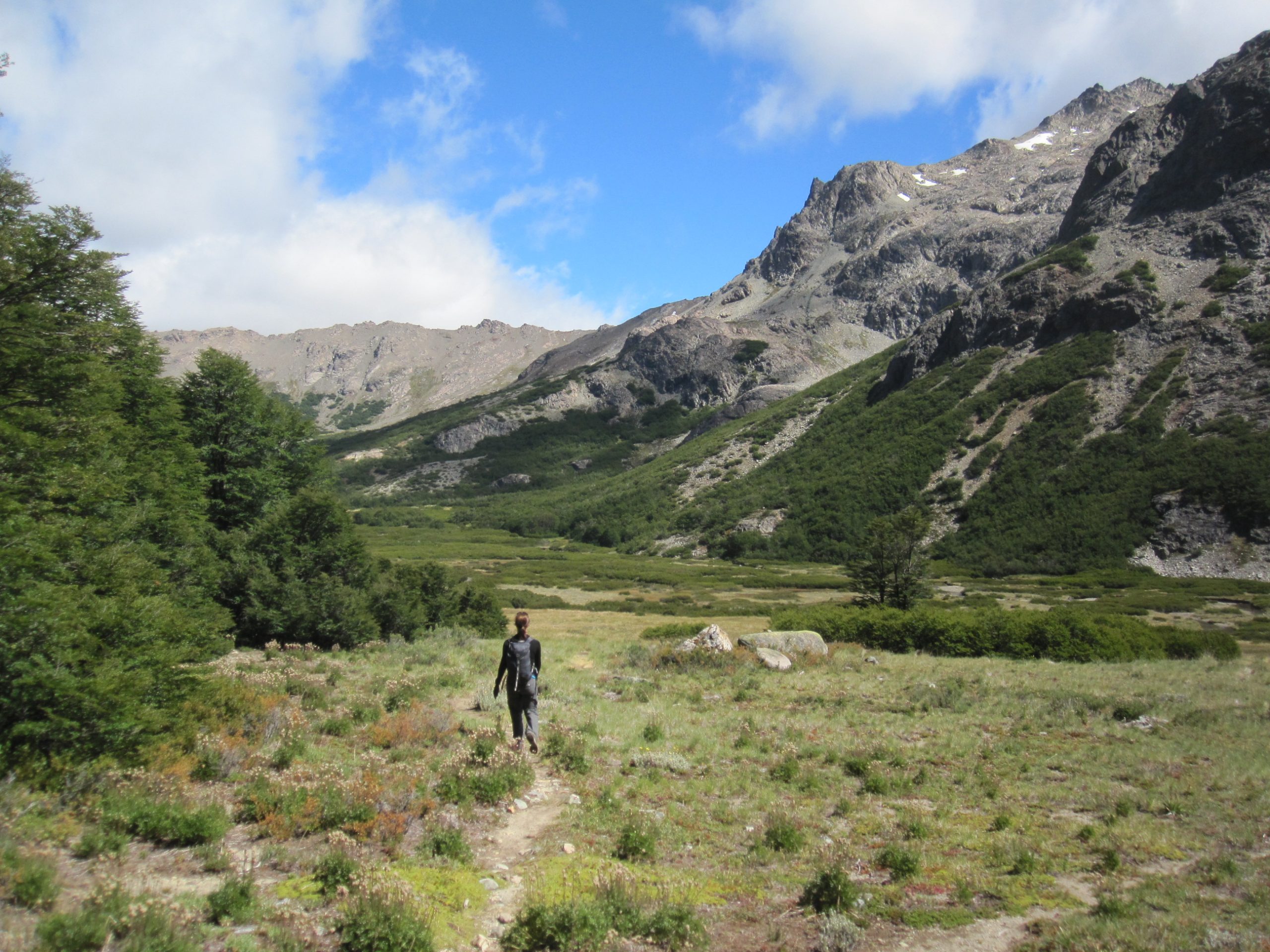 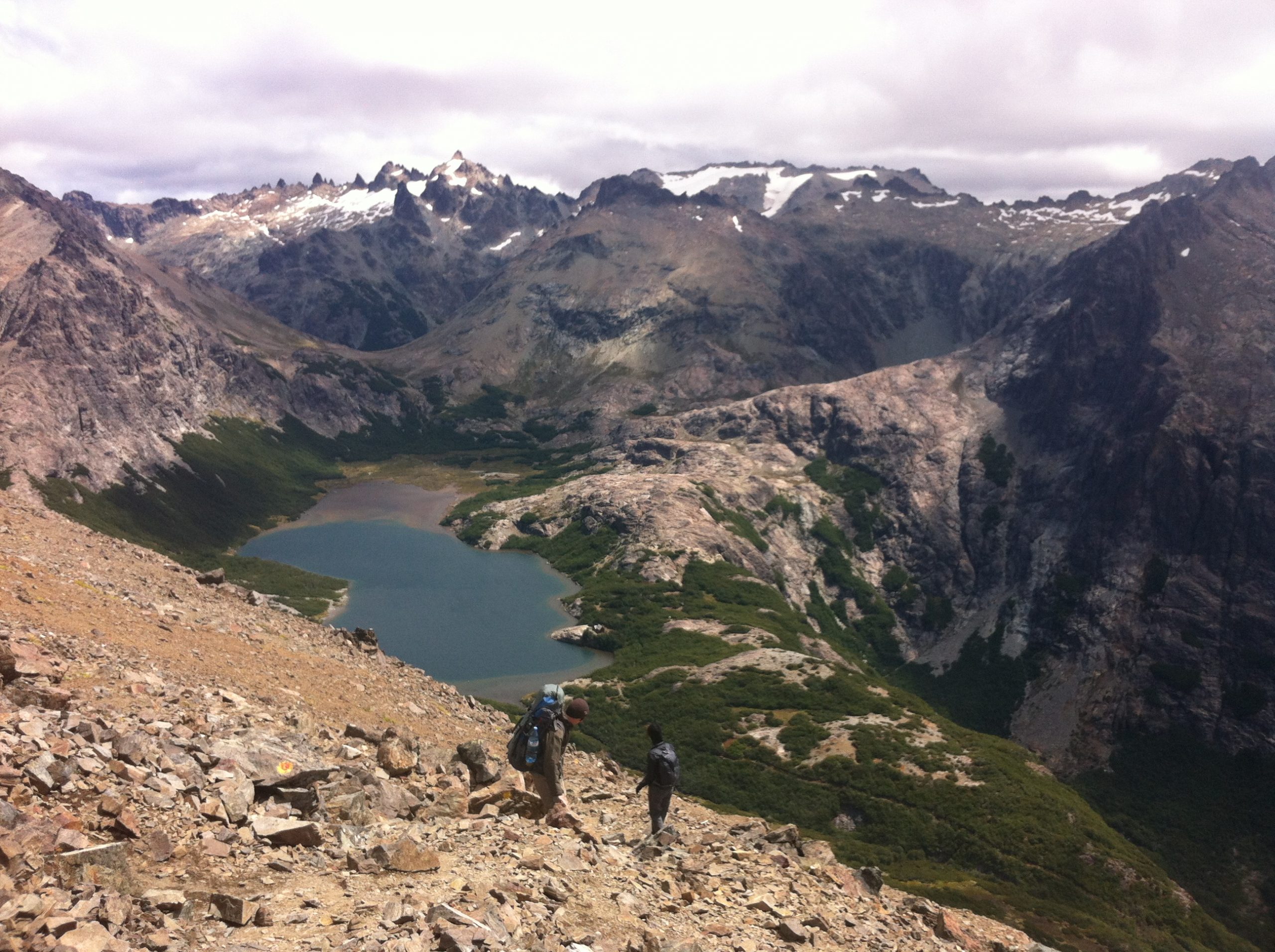