Treading in the Footsteps of Ancients, and Laynni

Well, it’s that time again, we’re back on the road, this time to South America, which is completely new territory for us. Peru, Bolivia, Chile and Argentina are on the agenda, all Spanish speaking countries which should make things a
little easier. Can’t wait to mangle that language in four new countries. As for the title of this blog – our trip just happens to work out to exactly 100 days which I thought fit nicely with a fairly famous book by Marquez that takes place in South America, although I hope this blog ends up including far fewer Aurelio’s.

Anyway, as usual, at least one of us is excited to be moving again. Laynni typically takes a little while to get back into the swing of things, spending much of the first few days throwing me pouty, squinty looks and being grouchy about having to plan her bathroom visits in advance. But that all wears off once the initial travel days end and we’re comfortably ensconced in a hotel in some cool new city – Cuzco, Peru, for example.

We just did the briefest of overnights in Lima last week before flying to Cuzco first thing in the morning. This is the historic centre of the Incan empire and the jumping off point for Macchu Picchu, recently chosen as one of the new 7 Wonders of the World, and a place we’ve been talking about visiting for at least 7 or 8 years now.

We emerged triumphant from the Cuzco airport before 8 am slicing our way through the throngs of hotel touts and taxi drivers in search of a sign bearing something at least vaguely resembling Laynni’s name. A large group of taxi drivers toward the back appeared more and more thrilled as we spurned the others along the way, pushing and jockeying for position before finally coming to a conclusion and shoving one lucky guy forward to claim his prize like he just won a rock/paper/scissors contest outside the Long Branch at 2:30 am for dibs on the really drunk girl wearing a cowboy hat and only one shoe. Alas, his beaming smile slipped from his face as he watched us veer off toward another driver who suddenly appeared in the gap carrying a sign bearing Laynni’s name, which was, against all odds, spelled exactly right. I could almost feel the original prize-winner slumping behind us, bottom lip all the way out, petulantly kicking dirt around. A harsh world, the taxi game.

As for Cuzco, it is a very picturesque city with narrow, cobble-stoned streets built up, over and around a bevy of hills. It is lousy with beautiful old Spanish churches and surrounded by numerous well-preserved Incan ruins and gorgeous viewpoints which we used to warm up our hiking chops. And despite the rash of hotels and quirky little restaurants it still doesn’t feel too overrun with tourists. The most unique feature for us is the altitude as Cuzco sits at over 3,300 metres above sea level, which is nearly a mile higher than Jasper and only about 700 metres below the highest point we reached on the Annapurna Circuit in Nepal last year.

Bottom line: for the first couple days bending over to tie our shoe made us pant and gasp like a winter-weight Canadian in Puerto Vallarta trudging through the shallow end of the pool en route to the swim-up bar. Gotta say, it is not exactly comforting when the two dozen steps up to our hotel made my heart pound like a teenage girl watching Twilight, especially on the doorstep of our 44 km hike through the mountains. It did get a little better every day, though, and we ended up having no real trouble with the Inca Trail, although I’ll get to that in more detail next time around.

Quite cold here as well, mainly because of the altitude, dropping close to 0 C a lot of nights. We found it interesting that almost everyone hear wears a toque (or “beanie” for you non-Canadians) which I find quite reasonable, but thinking about it made me realize how few people actually wear them at home.

It can be -35C and the only people making an effort to cover their head are gas jockeys and bearded guys with lip rings hanging out at Lydia’s. The upside, of course, is a city full of wonderful hair, usually solidly frozen in place.

Side note: almost nobody smokes here, other than some backpackers and of course the odd-smelling girls with dreads who sit in the plaza on dirty blankets trying to sell cheesy bracelets. A surprising health movement? Or simply that there are more interesting options here in the heart of coca farming country? Judging by the men dressed as Inca warriors and women attempting to entice you into photos of her carrying a baby goat, I’m going to go with the latter.

Considering all the random encounters we’ve had with fellow travelers over the years it seems noteworthy when we come across a new first. While talking with a Frenchman over breakfast the other day we were “tsk-ed” for the first time we can remember. As in:

Us: “No, we didn’t cross Thorung La pass on Annapurna because it sounded pretty nasty and cold and, let’s face it, we’re pretty lazy.”

Pompous Frenchman shaking head and wagging his finger at us: “Tsk, tsk, tsk”

Us: Chewing in silence

Some big changes for us this time around as this summer we embraced the new wave of travel technology like a San Diego Charger showing his girlfriend some rough love. A 10 inch netbook to type blogs, download pictures, watch movies and take advantage of the 1 or 2 wireless networks currently existing in South America. Two digital readers which hold hundred of books and guidebooks eliminating 8-10 heavy space-eaters in my backpack (unfortunately quickly replaced by winter jackets and long underwear).

Day One: Pretty cool, I think we could get used to this

Day Two: Wow, this is incredible, life is just so much easier, how did we ever live without this stuff?

Day Three: I’m huddled over our hotel’s 1996 LG desktop desperately searching for secrets to restore Windows to our netbook, hopefully without losing every file we’ve ever used, grinding my teeth to the Facts of Life theme song

Day 4 – Laynni’s digital reader, having apparently grown tired of skipping from page to page, has finally frozen solid on a wonderfully eclectic grayscale pattern….all the grays of the rainbow! No more books though.

Day 5 – I actually manage to make up some new curse words.

But fear not, it was nothing that roughly 5 to 100 hours of internet searches, troubleshooting attempts, program downloads and firmware upgrades couldn’t solve. So we are firmly back on the digital train, although still holding our breath with that nervous feeling in our groin every time we try turning something on. It’s the peace of mind that we like.

Oh, and last but not least, our hotel, Hosteria Anita, has been a tremendous find – super friendly, spacious rooms, good breakfast, lots of hot water, and a TV in our room that has twice as many movie channels as we had at home
(although around half end up dubbed into Spanish). But the real bonus, what I think really sets it apart, is the giant painting of the Virgin Mary hanging over the dining table, her somewhat pointy C-cup breast poking lewdly out of her intricate gown as her sausage-like fingers press down to force a heavy barrage of milk drops wildly into baby Jesus’ confused little face. How you like that, huh!? You wanna cry!? I’ll give you something to cry about!!
Yeah! Who’s hungry now, bitch!?

After a couple days we switched sides to enjoy our breakfast a little less antagonistically but, oh so cleverly, they had placed a huge mirror on the opposite wall to ensure no guest will ever be denied the beauty of motherhood as they attempt enjoy the vaguely reminiscent cream on their fruit salad.

Ok, I’m sure you’d agree that it might be time to take a short break, maybe compose my thoughts into something a little more relevant. Bright and early last Monday morning our 4 day Inca Trail trek launched and, as you can see, we
made it through with at the very least our typing fingers working. Should have something done on that in the next few days.

Well, this whole thing felt really odd and disjointed – I’m sure that we all hope that with a bit of practice these entries will improve down the road. Or maybe this not working business is slowly atrophying my brain. In either case there should be some entertainment to be had.

Next up – the Inca Trail. 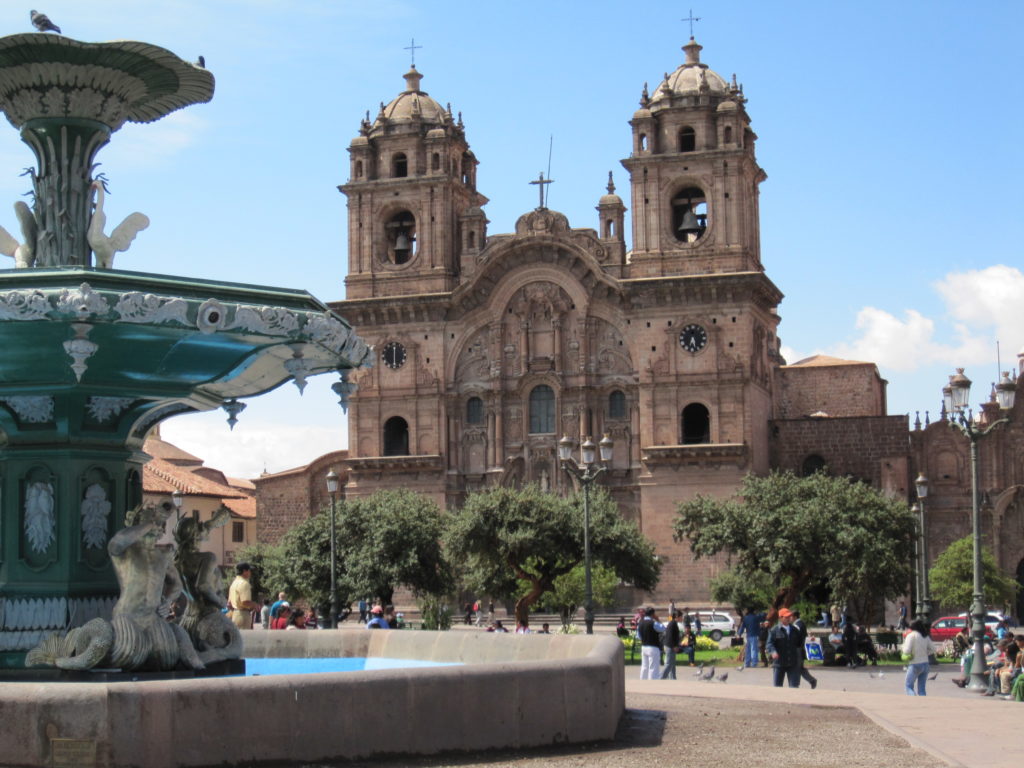 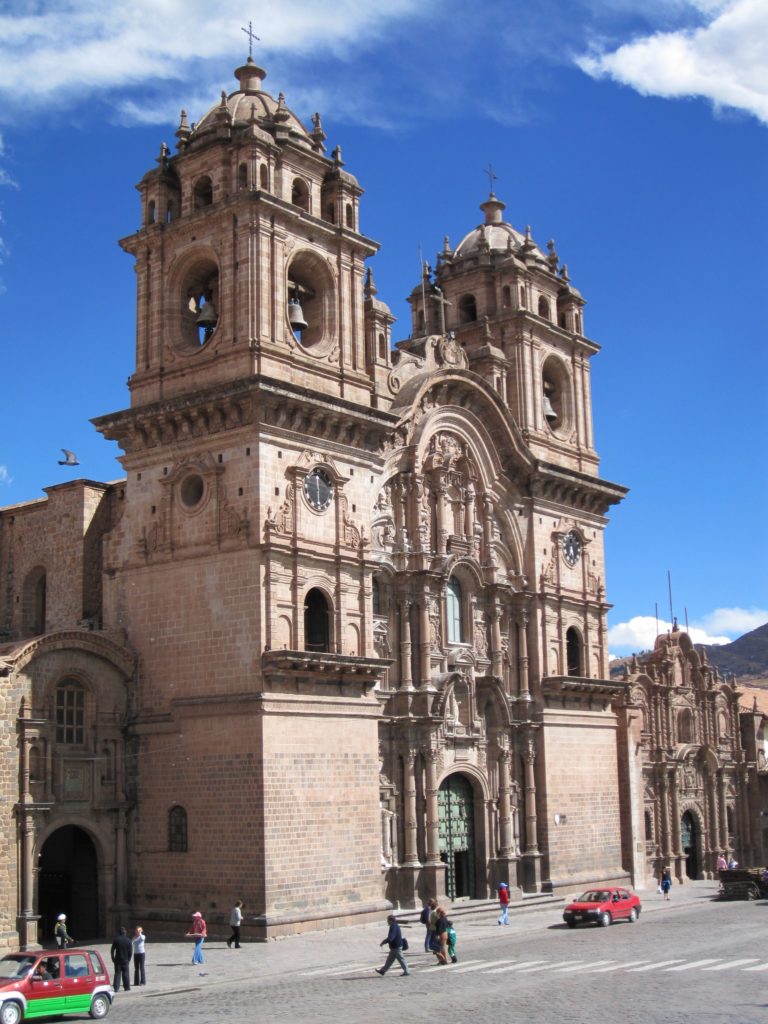 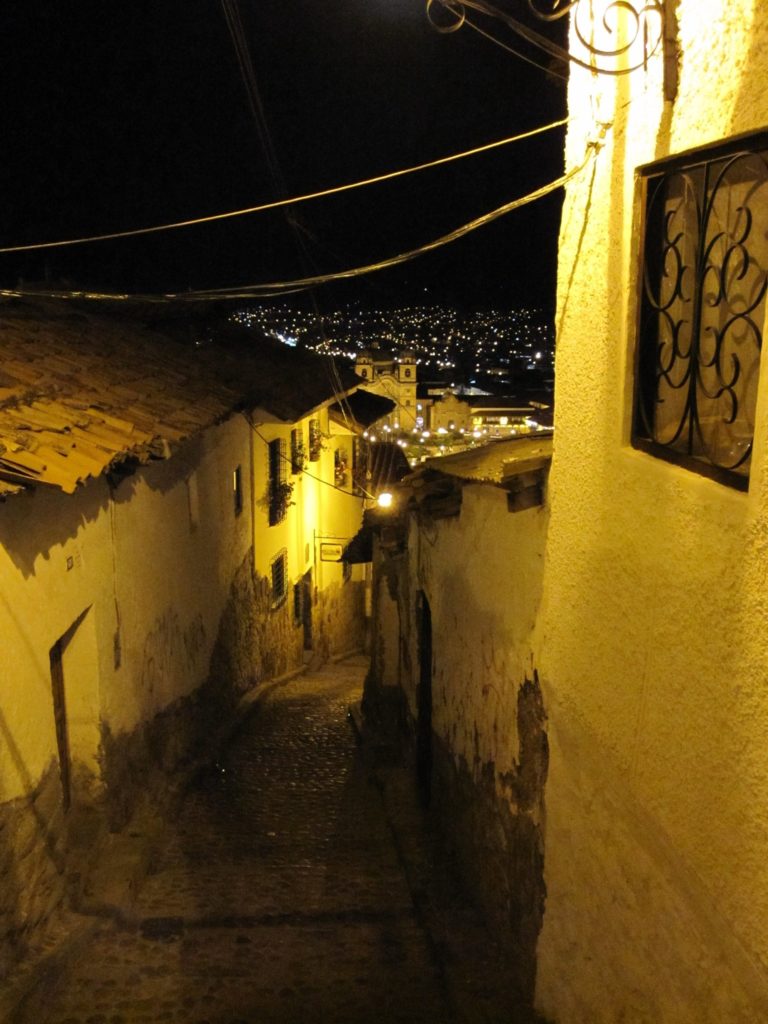 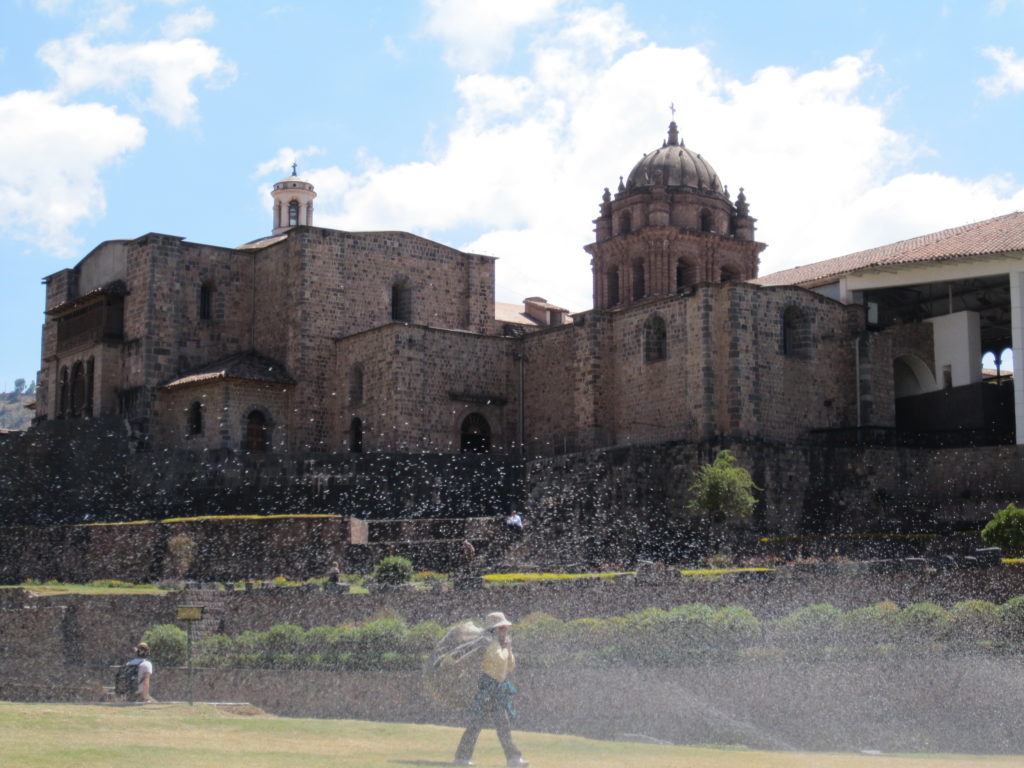 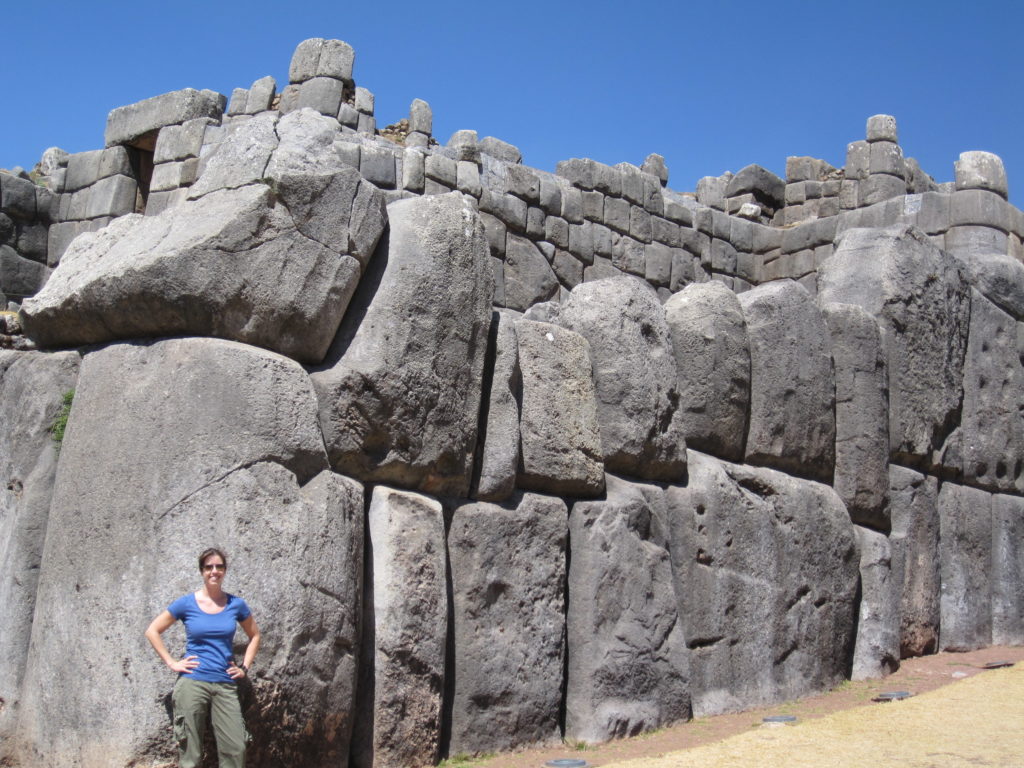 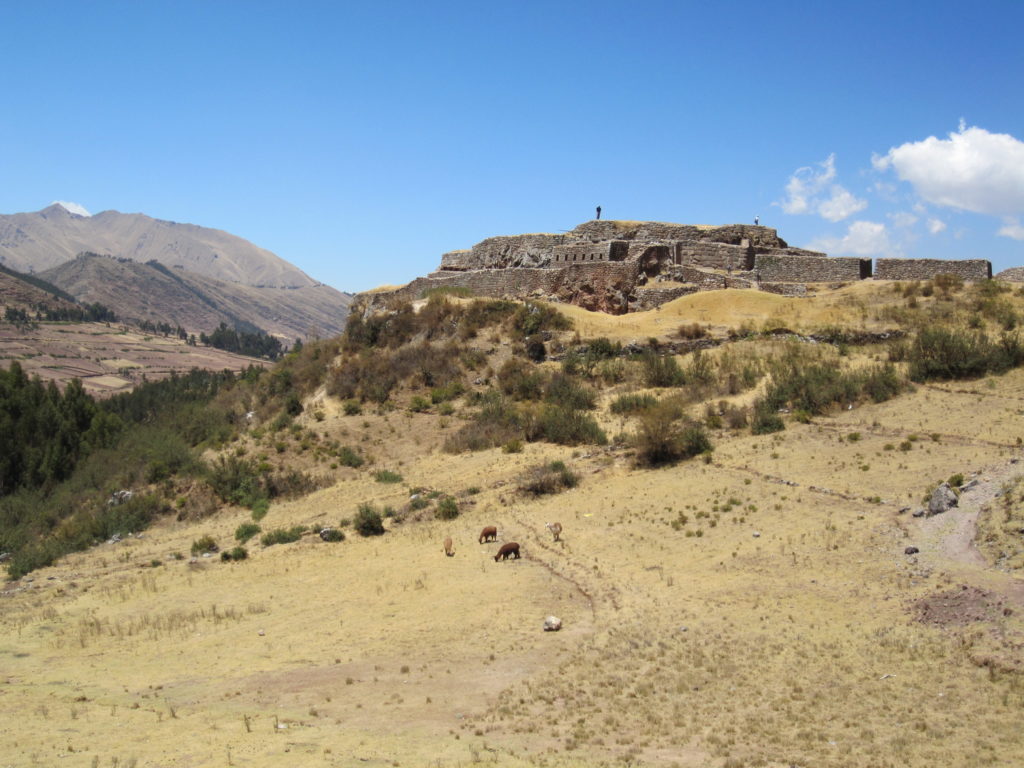