Following my uber-relaxing week on Isla Mujeres I journeyed back across the water to Cancun with plans to spend a week there hanging out, killing time before heading to Tulum, maybe doing some writing, etc. In anticipation of Laynni making it down eventually. Well, as it turns out I was only able to manage two nights before deciding that forcing myself to stick it out much longer was potentially jeopardizing my very soul, much like cheering for the Yankees or sending your only child camping with his cello instructor, Mitch. And although the room I was so proud of scooping up for a crazy low price online was technically fine (tv, a/c, quite big) its overriding aura of dankness created less of a comfortable working hideaway and was more reminiscent of a Saturday morning sorting underwear in your unemployed Uncle Randy’s special closet. Mind you, the drunk guy that played guitar in the lobby all day long was a pleasant surprise. So, in light of that somewhat shaky first impression I did a bit of hotel recon to see if I could track down something a little more uplifting. Alas, it wasn’t to be, my rigorous research resulting in little more than the hotel we stayed in back in December with its piece of dry white toast breakfast and sound tunnel stairwell phenomenon, another decent looking hotel but for double the price, a fun-looking hostel offering an implausibly even more cave-like room and, my personal favourite, the hostel that for some reason chose to replace a more traditional lobby with a steamy and squalid laundromat reminiscent of the legal front for an uncompromising Armenian crime syndicate. On the other hand it did have a depressing Jacuzzi tub situated grandly in the intermittent shade of a tattered plastic tarp, with seven inches of cloudy water bubbly listlessly from time to time. Strangely, the manager enthusiastically suggested I check it out, apparently still their prime drawing card despite its considerable drawbacks. Well, that and 20% off laundry.

For all the surely ecstatic fun being had by all those more beach minded tourists knocking back margaritas in the swank resorts of the Zona Hotelera, there was a decidedly different feel to the foreign visitors down in Cancun centro. Easily recognized by the four litre jug of purified water dangling from their still pale arm, one could only speculate as to the unlikely scenario which had somehow led them to this point, the grim unconvincing smiles seeming only to highlight look in their eyes that told a sad tale of fear, disappointment and a misfortunate sequence of poor decisions. I battled the crushing emotional weight of vacation regret the best I could with the tools available to me at the time – Cuarto de Libra con Queso combos at McDonald’s and afternoon showings of Sherlock Holmes and J. Edgar (my shirt, pants, the theatre carpet and formerly plush seat now all bearing witness to my inability to practice moderation in the face of all you can eat self serve popcorn butter). Then I took it one step further – I packed up my shit and moved to Tulum.

Tulum is burgeoning tourist town a couple hours south of Cancun famous for a set of Mayan ruins located on hills overlooking the ocean. There is even a small white sand beach right on sight. Unfortunately, the town of Tulum itself is a few kilometres from both the ruins and the beaches. On the bright side, it does have a large busy highway running right through it. And, while there are dozens of hotels located right on the beautiful white sand beach that just goes on for miles and miles, much like my traveling toenails, most are pretty posh, and in all cases they seem to be awfully pricey for what you get (a Danish friend spent one night out there in thatch “hut” with a wind-blown sheet for a door and a bare mattress with springs sticking out covered generously with sand for the same price as the nice hostels in town). The beaches, while nice, can be tricky – these long beautiful stretches of sand having long ago been surrounded protectively by miles of beach hotels leaving you, the hopeful town urchin in search of sandy Gulf of Mexico magnificence on a rickety borrowed bicycle, to embark on a long discouraging search for the occasional tiny hidden path between hotels where you might quickly sneak down without gruff reprimand from a sluggish guard in tight shorts casually fondling his baton. Nice views, though, and some of the best human pyramids I’ve seen in days (see photo on left).

I stayed at one of the hostels in town, a place called El Jardin de Frida, and didn’t for a second regret my decision to flee the majesty that is Cancun. An excellent breakfast every day, a great garden area, free bikes, fun crowd, a skinny whiney cat, the gradual and sneaky reintroduction of the Pacifico hangover. Between seven hours watching football and drinking beer, the ensuing hangover and a depressingly meek loss at poker it was hard to tell I’d ever left home. Except for the fact I sweated profusely through all of those activities.

The best part about free communal bikes – they’re free. The worst part – they are free because they suck. Nonetheless, no wobbly crank, squeaky pseudo-erotically configured padded seat or loose handle bar was going to stop me from venturing daily onto the well thought out biking paths around the Tulum area. What do I care about developing bowlegs, sweating right through my shorts or having the wind tease my brittle salty hair up into a stiff dirty wall, as brash and fashionable as a Lululemon Leotard for Men eagerly endorsed by the coach of your son’s junior high volleyball team?

One day I joined an Irish guy to do some cenote diving. Cenotes are water-filled underground caves popular with snorkelers, divers and those with a hankering to take many photos of strangers splashing around in shallow water. Anyway, they were my first dives in almost two years and were incredible, different than any dives we have done before.  Floating around in the darkness amid fascinating underwater cave formations and claustrophobic tunnels, our small flashlights timidly illuminating small circles like when Drew Carey uses a head lamp to repeatedly “check up on” his niece’s slumber party. A real challenge with all the tiny caves, tight openings and depth changes and, all in all, relatively frightening. Sort of cautiously peeking around the corner in a slasher flick frightening, though, not full on, hugging Zach Galafinakis after handball practice frightening. One of the coolest parts was going in and out of what’s called a “halocline”, an area where fresh water mixes with salt water. Even though the name sounds a bit like a video game about a futuristic female bounty hunter who battles the forces of evil with a bevy of shiny daggers, really large hands and a gym whistle, like she’s a particularly athletic gynaecologist, it actually looks more like the heat shimmer you’d get off a highway in summer, a particularly damaging acid trip or having your eyes rinsed with crab shampoo (why you always read the instructions first).

I finished my underwater exertions off a couple days later with some snorkeling at Casa Cenote, a series of seven connected pools that eventually empty out into the ocean. Interesting channels full of  shadowy nooks and crannies, a surprising amount of large fish and just the perfect amount of giddy tourists circling aimlessly in full wetsuits. Too many and you’ve got to watch out for fin related concussions, too few and where else would you find that much urine?

Then, after Laynni joined me and I had spent more than a week experiencing the grand splendour and breezy odiferousness of the Mayan Riviera, we called time on Mexico, bussed it down to the border town of Chetumal and took a ferry across to the Belizean island of Caye Caulker. A place we’ve been hoping to check out for a long time ever since passing it up on our first stop in Belize lo those six long years ago. Hear all about it next time… 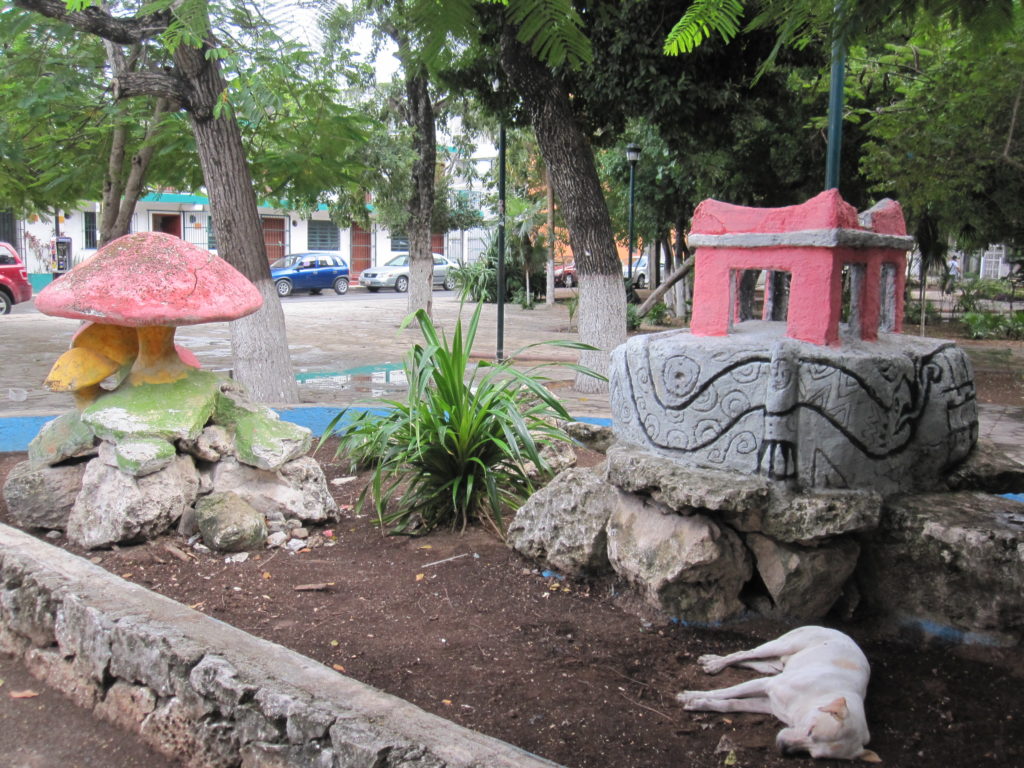 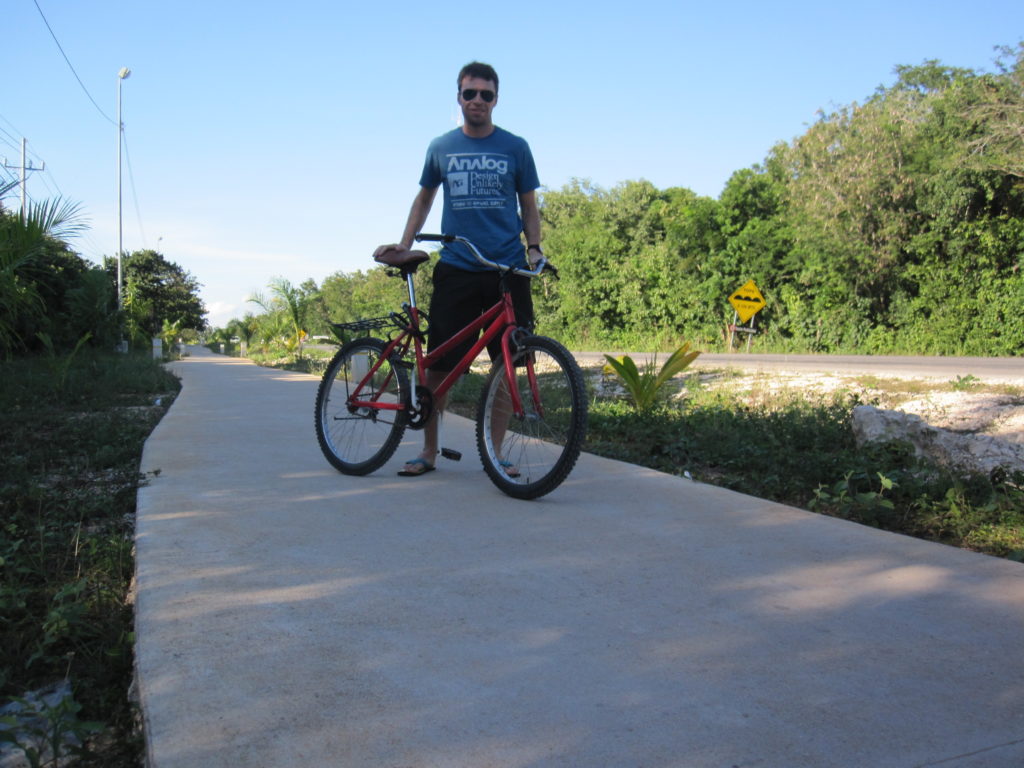 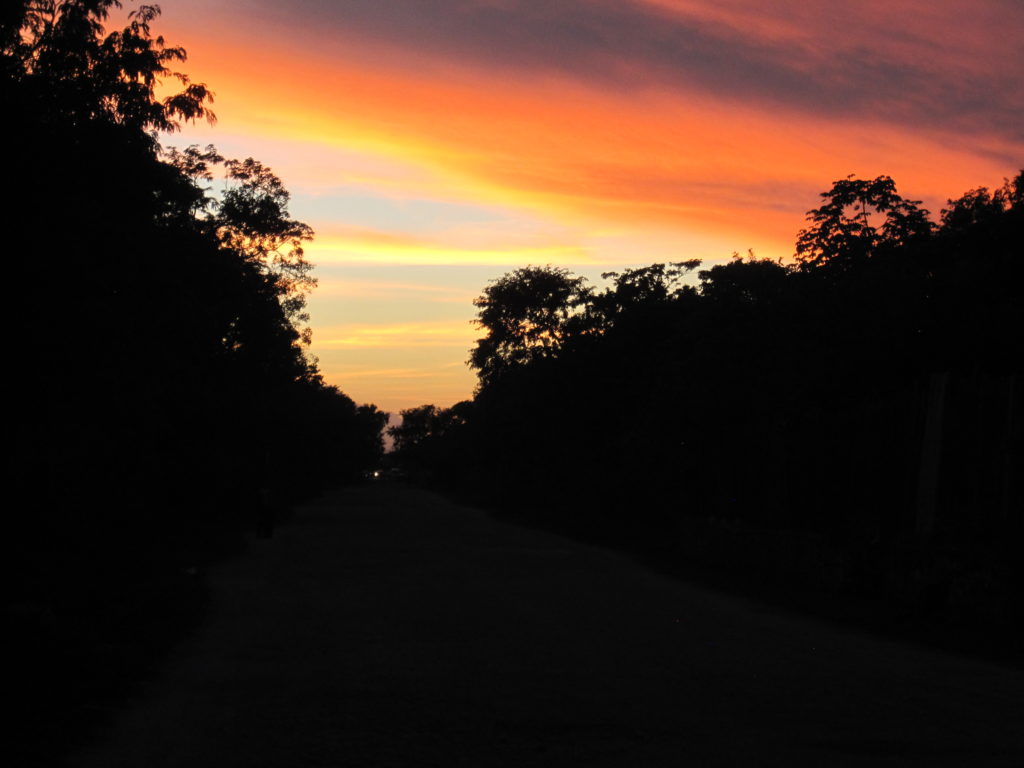 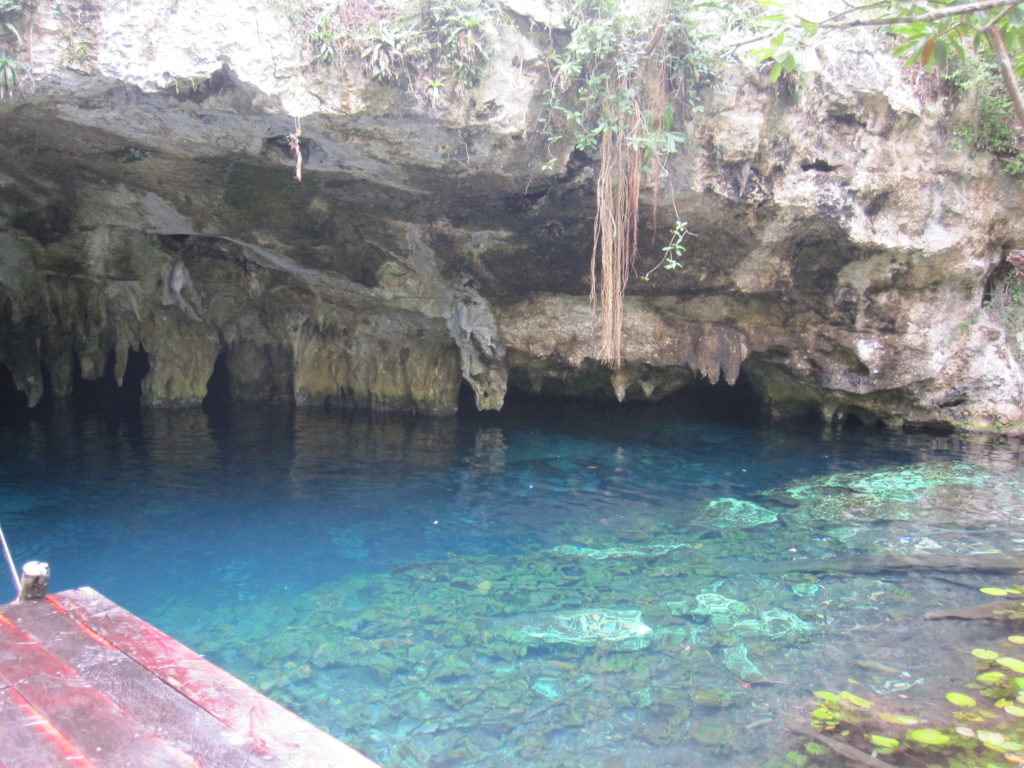 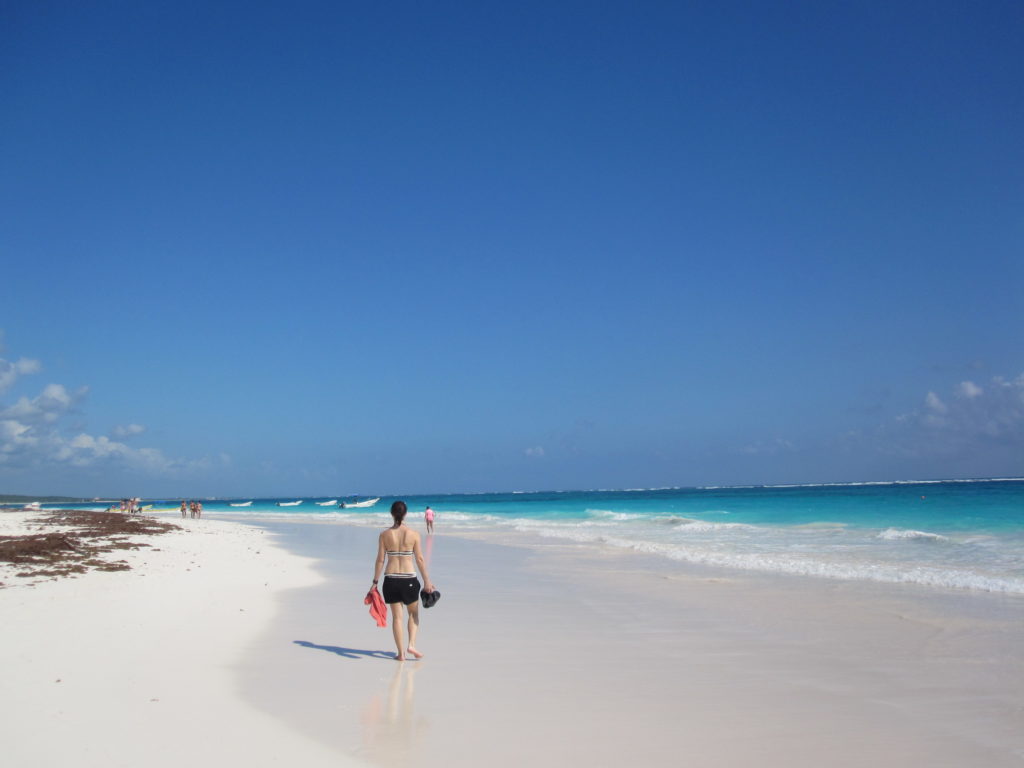 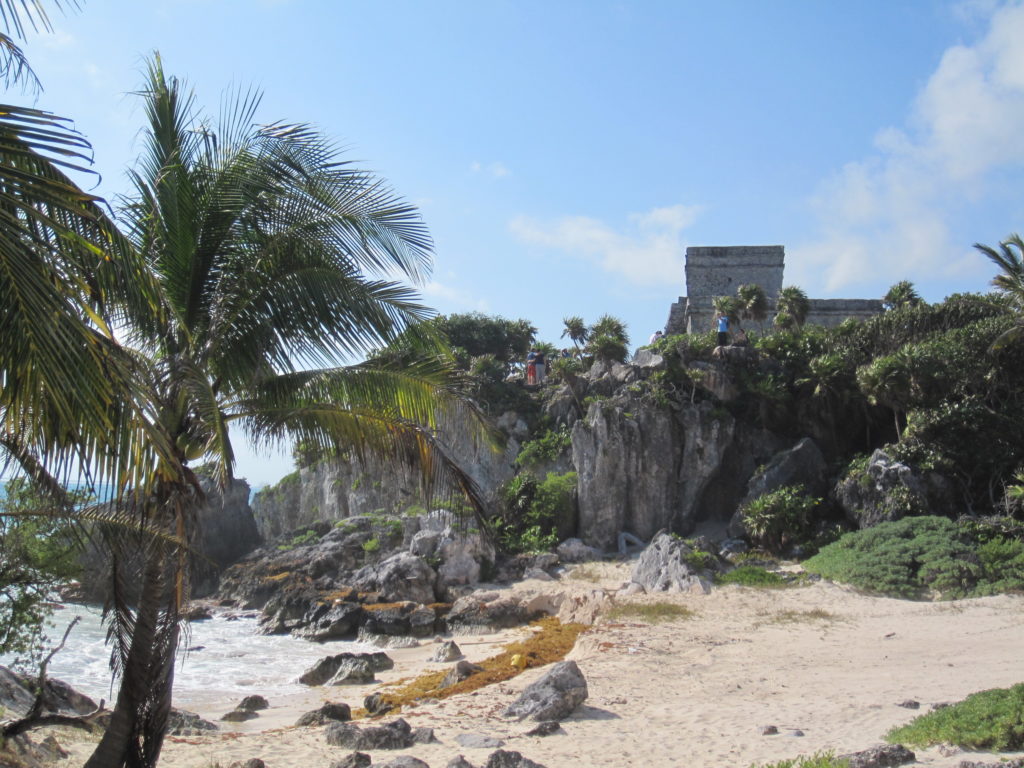 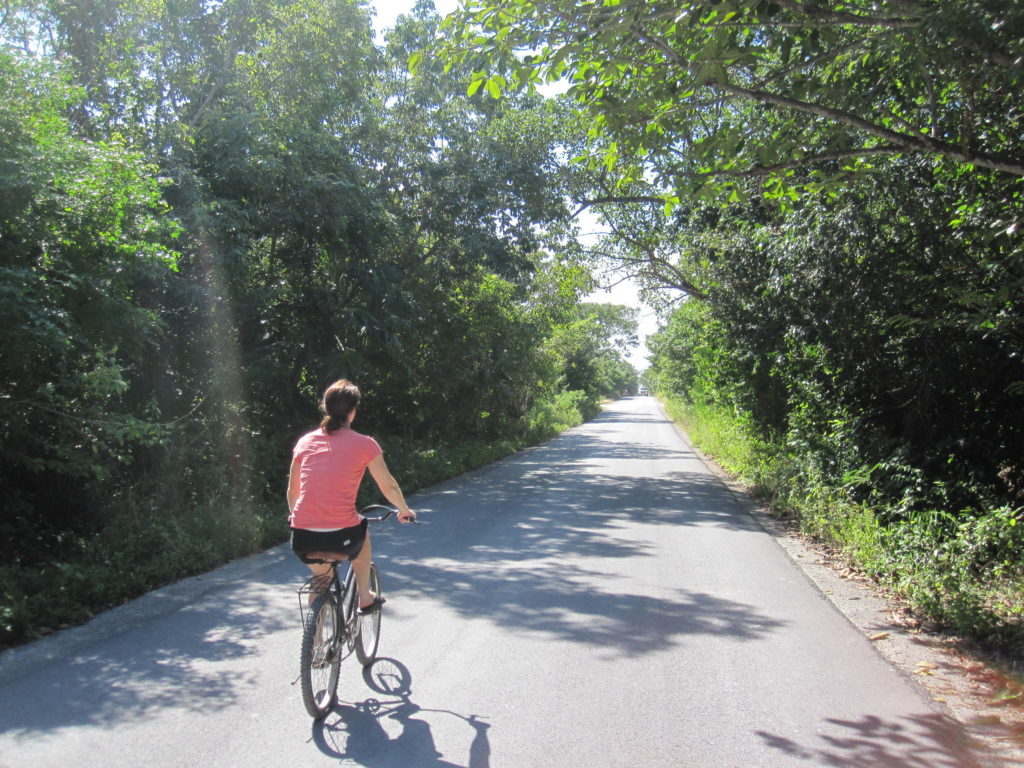 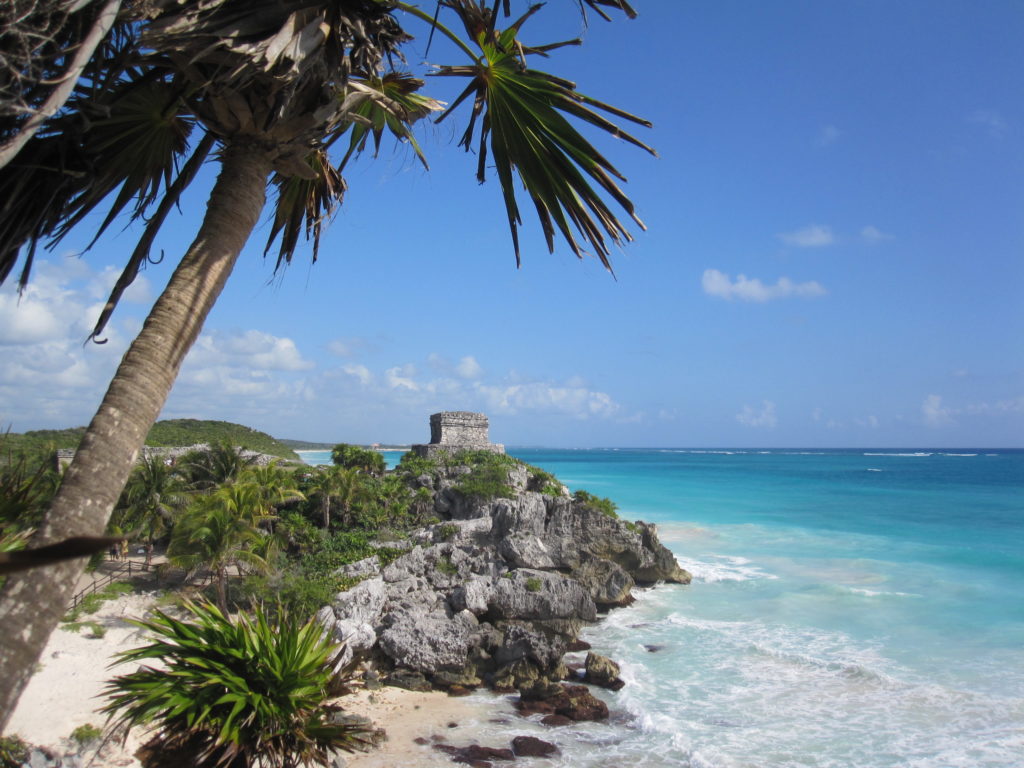 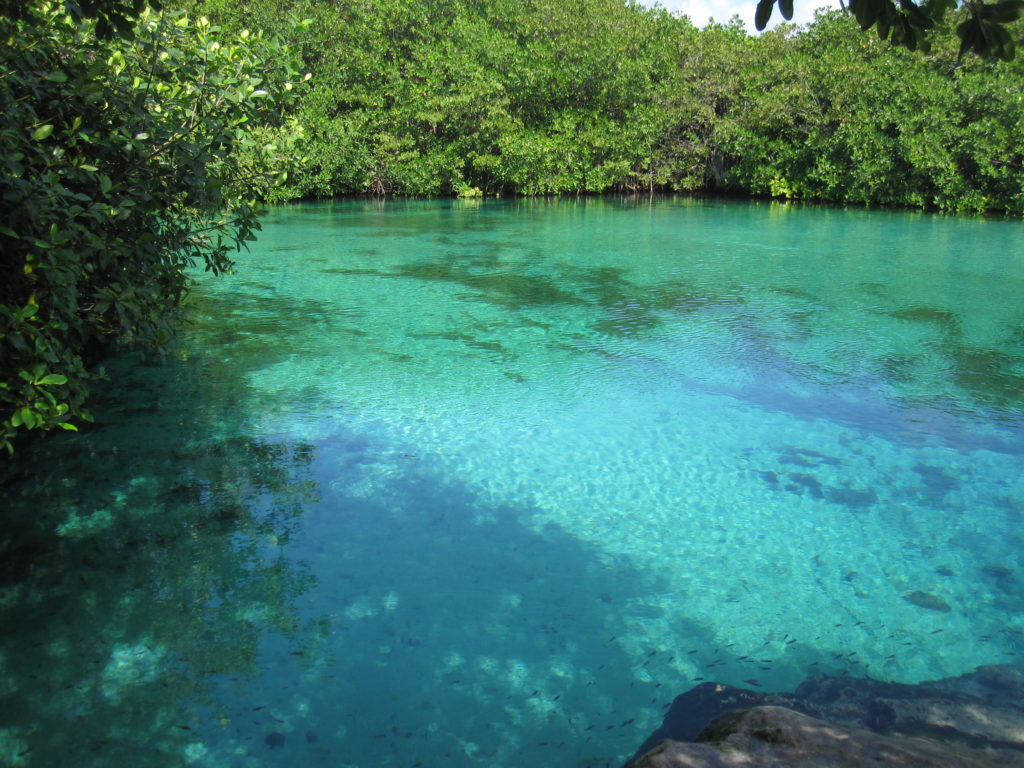 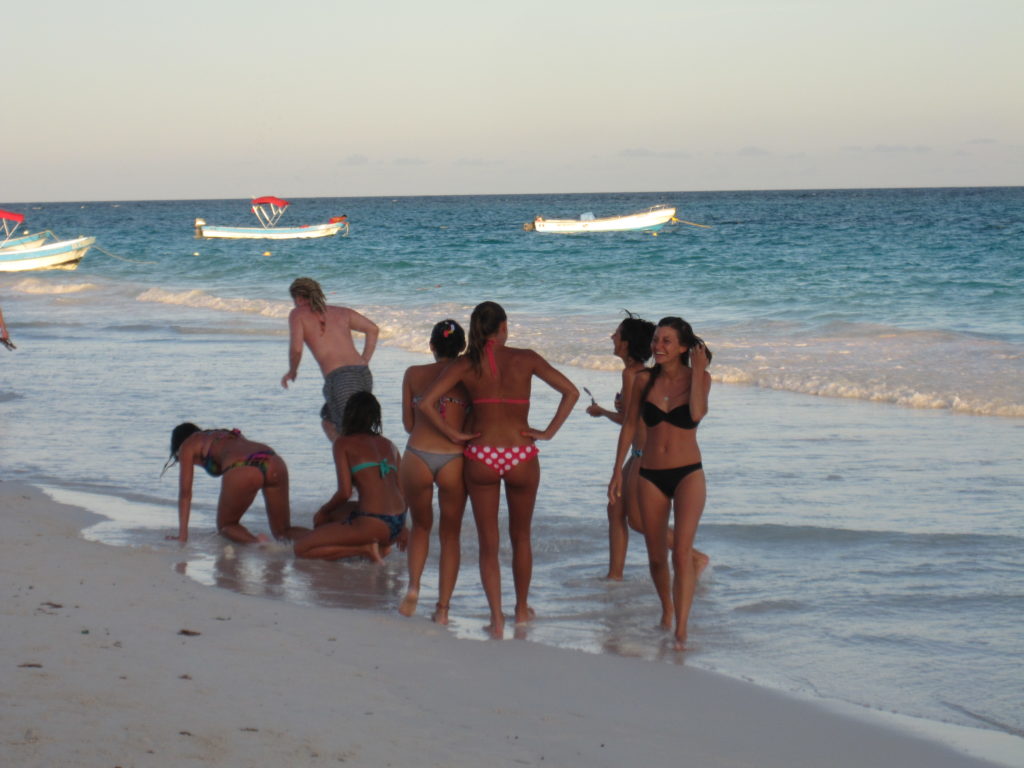