Uyuni Salt Flats: Would You Care For Fries With That Salt?

Feeling it was finally time to get active again, assuming, of course, that active means spending 8-12 hours per day in a bus or jeep coaxing along an ever-growing set of hemorrhoids, we hit the road south from La Paz, taking a night bus down to Uyuni. This dusty little railroad town has a nice quiet feel and one kick-ass restaurant (Minuteman Pizza – best pizzas we’ve had yet, and we’ve had quite a few). Most people just stick around one night (if that) before heading out on a tour of the Uyuni Salt Flats, probably Bolivia’s most popular and well-known attraction. Our personal adventure was to be 4 days and 3 nights with a company called Tupiza Tours starting in Uyuni and ending in Tupiza, a rough little country town near the Argentine border. We had heard many horror stories about these trips so were lucky to coordinate it so we could share our old Toyota Land Cruiser with Tricky and Mel, a couple we’ve been traveling on and off with since our river trip down to Rurrenabaque. With four days of rubbing knees in 4×4 country, jostling with each other for photos and sharing night farts in cold dorm rooms it makes a big difference to spend it with someone you know and like, as well as occasionally fear and resent.

First stop was the Train Cemetery where, you might have guessed, trains go to die, rust and finally go to heaven in the form of being covered in anti-Bush graffiti and having lewd tourists treat them as giant phalli for photos (she knows who she is). Not overly spectacular, but a decent warm-up act and a handy place to take a quick pee. After an obligatory artisan shop stop where we saw how salt was processed and took photos as if they were large stacks of cocaine (I’ll be Crockett, you be Tubbs!) we soon came to the first salt hotel (built out of the very salt it sits on – coooool..…and very white) where they had kind of a neat landmark indicating the official start of the protected area with bright flags from dozens of countries standing out majestically against the pure white background. Conspicuously absent, however, was the good old red & white, the Canadian version I mean, because there were at least three red and white Japanese flags and even, against all odds, the shredded remains of half a Welsh flag. Of course, we were only taking Tricky’s Welshman word for it since the sprightly red dragon arse (the rest had succumbed to the seething winds) seemed less suited for a national flag than the science team’s standard at a medieval jousting competition. Either way, we’re still not exactly sure how the most polite syrup-producing nation in the upper west hemisphere, and proud home of actor Joe Flaherty, gets bumped by yet another obscure suburb of London.

Highlight Number One: Isla Incahuasi, or Isla Pescado, depending on who you talk to. Either way it is a stunning island in the middle of the salt desert (which of course used to be a salt ocean many millennia ago, long before global warming and just after the invention of prostitution in downtown Winnipeg) covered from end to end in rocky viewpoints, towering cacti and puffing tourists in multi-coloured Andean toques. The unique views of the vast white emptiness backed by distant volcanoes were amazing despite the hordes that descend upon it as The Official Lunch Stop of the Uyuni Salt Flats, turning it into a veritable Brownie’s Outing*. The combination was harshly reminiscent of a visit to the moon, if the moon had recently been leased by Toyota. It also gave Laynni the opportunity to get her creative juices flowing as she choreographed us into a number of awkward poses designed to create photos that completely realign our generally accepted concepts of size, distance and matter, much like an episode of Different Strokes.

We eventually spent that night in real, live salt hotel of our own where the minor annoyance of listening to footsteps crunching through mounds of salt down the hall to the bathroom in the middle of the night was more than offset by the comfort of knowing there wasn’t a leech within a hundred miles and the convenience of always having a handy spot to dip your fries. Not that I was thinking of any of that after my brief soccer foray with some locals where we all quickly confirmed that two on two at 4,400 metres without so much as a testicle-sized rock to stop the ball from rolling off into the sunset every thirty seconds will stretch your lungs to bursting faster than an old man’s prostate in the bathroom stall at the Cock ‘n Tackle.

The crack two man team responsible for getting us from place to place and telling us where to point our cameras consisted of young Jhony, who did the cooking and handled the mechanical side of things (only when I was too busy of course) and our main man, guide/driver Abel, a stout jovial man with gold capped teeth who, when he wasn’t maneuvering us through the rough terrain, enjoyed pissing by the side of the road, patting his belly and chuckling. Which was why it was such a surprise to see him become suddenly irritable and gruff with the young army officer who stopped us at a checkpoint to see IDs and ask questions. Abel quietly simmered through a few of the basics, muttering one word answers through gritted teeth, until asked what country we (the studiously innocent looking tourists in the back, I mean) were from, to which he responded by saying “None of your business” (in Spanish, which of course made it sound like he was asking for tequila while he enjoyed a cheesy soap opera), slamming the door in his face and driving off. I half expected him to go back and start shooting at his feet, telling him to “Dance, monkey, dance!” like Pesci in Goodfellas. Two minutes later he was grinning and pointing out another random animal for us to capture digitally for posterity. We had a group discussion and decided that either the checkpoint was normally a disregarded formality, or the guy had recently taught Abel’s sixteen year old daughter how to properly administer a sno-cone to a man in uniform. It’s the borderline pedophiliac reference that I like.

Along the way we were treated to remarkably diverse terrain – from barren salt flats to beautiful flamingo-filled lakes to eerily smoking geysers to rugged red rock country to stinking, lukewarm hot springs teeming with bacteria and the Dutch. The flamingoes were around every corner, three different species I might add, although they are still harder to tell apart than two Jonas brothers wearing capes in the dark. And if nothing else was gained from this trip, day after day of personally witnessing pink flamingoes living, even thriving, in shallow salty lakes clearly thousands of kilometers from the nearest shrimp, finally convinced Laynni to admit that it is at least remotely possible that flamingoes are not pink because they eat pink shrimp all day. A breakthrough on par with the return of the word retard.

In addition to flamingoes we saw loads of other wildlife such as llamas, donkeys, rabbit-like viscachas, foxes, prairie chickens and, of course, endangered vicunas, whose elegant gait and long graceful neck made them Laynni’s favourite, leading her to attempt to express her delight to Abel in Spanish by telling him she “took pleasure in their pretty throats”, which was strangely not unlike a line I used rather unsuccessfully in Waskesiu in the late 80’s.

After back to back bitterly cold nights (below zero, I think) our arrival at the, as usual, imaginatively named hot springs (Aguas Calientes, or Hot Water) was more than welcome, even though it wasn’t yet 7 am and we were all still dressed in parkas and toques. Not that we Canadians aren’t used to hot-tubbing it outside in much colder temperatures in the winter, surrounded by snow with frozen hair as we carefully sip beer from a can that keeps trying to freeze to our lips. Either way, this was a bit different as all the groups showed up at the same time to share the tiny pool, turning it into an overcrowded version of Hedonism Bolivia – a tepid pool of sulfurous, vaguely unpleasant smelling water surrounded by gawkers dressed for a ski resort and hesitantly shuffling around as they mentally weighed the chance to get marginally cleaner against the distasteful thought of having to dry off and get dressed in freezing temperatures surrounded by about a hundred leering strangers. Many of them German.

After that we were on a different route to Tupiza instead of the more common route which returned to Uyuni so faster than you could utter a racial slur we were away from the crowds and almost completely alone on rough desolate roads. Over the course of the last two days we must have passed hundreds of llama herds (? Packs? Flocks? Committees?), usually about half of which had brightly coloured ribbons tied incongruously to their ears, making them look kind of like the ugly girl in high school who tries to distract her prom date by using far too much makeup and conveniently forgetting her bra at home.

We briefly inquired about a side trip to San Vicente, the small mining town where Butch Cassidy and the Sundance Kid reportedly met their controversial demise. We were eventually dissuaded however, when we learned that it would add 3 hours of driving, the tomb that supposedly held the bodies of the famous outlaws had in fact turned out to be the final resting place of some anonymous German miner, and the big photo op, the sign that says This is Where Butch and Sundance Were Killed, was apparently stolen a couple years back and has yet to be replaced. Other than that it would have been a riveting adventure.

Laguna Hedionda, Bolivia – A roving pack of French tourists was spotted Thursday selflessly attempting to save Bolivian Wildlife one chicken bone at a time. Determined to reach out to the underprivileged Andean wildlife they spread a wide trail of partially chewed meat, chunks of bread and half-eaten apples. They soldiered on, despite mixed responses from the variety of foxes, seagulls, llamas and viscachas, their unwavering commitment and blind focus reminiscent of colonial missionaries steadfastly persevering in their attempts to convince savages to fear a vengeful god and wear cotton t-shirts.

When asked to comment, their female spokesperson replied cryptically:

“Bonjour! Merci! Fromage! Fromage!” and returned to smoking in a vaguely arrogant manner.

*Brownie’s Outing (R.D. Evans, 2009) Refers to an activity deteriorating into chaos and/or mayhem, with similarities to a major league baseball game in the abundant use of knee-high socks and chewing tobacco. Synonyms – gong show, shit show, Locke family holiday. 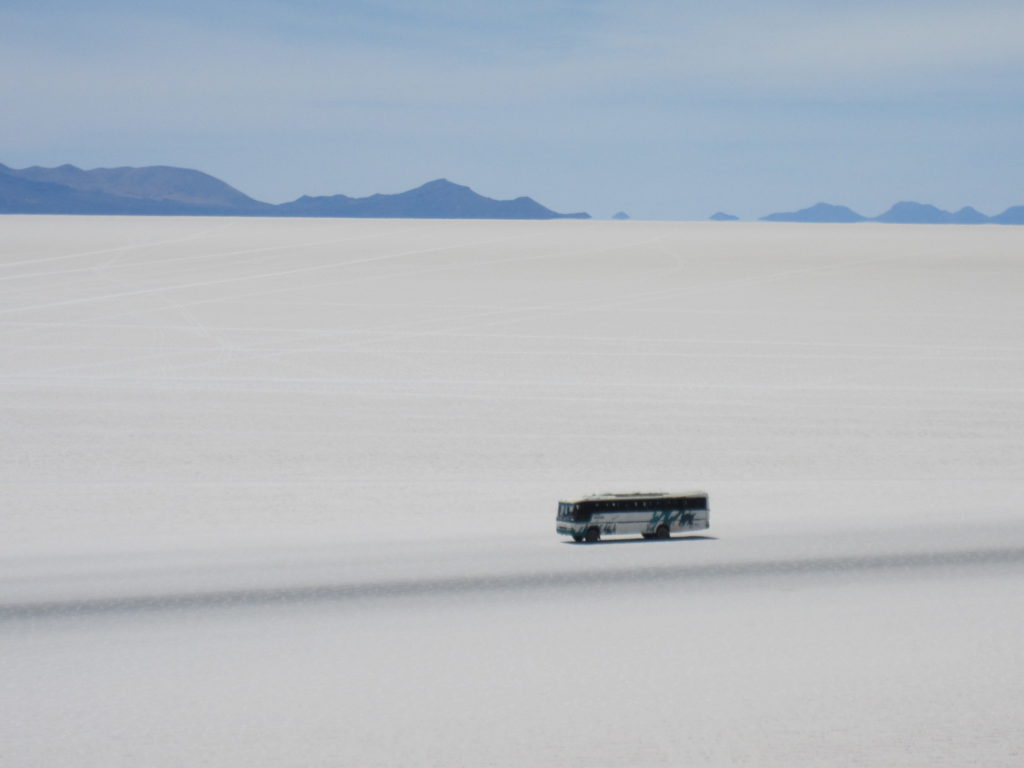 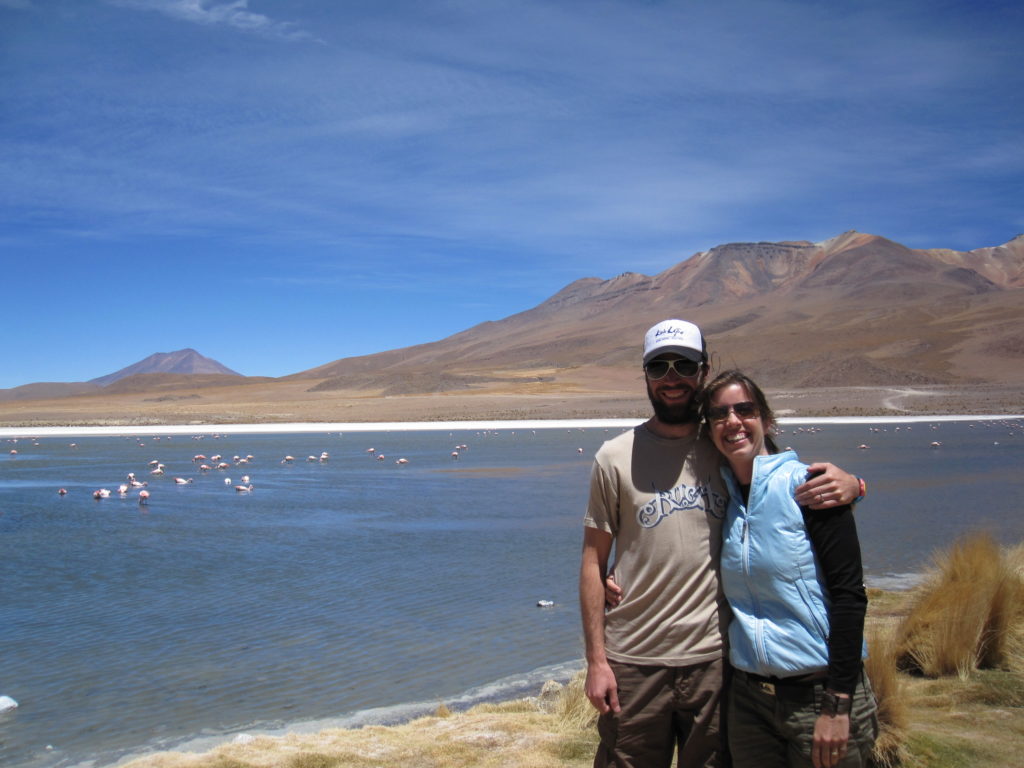 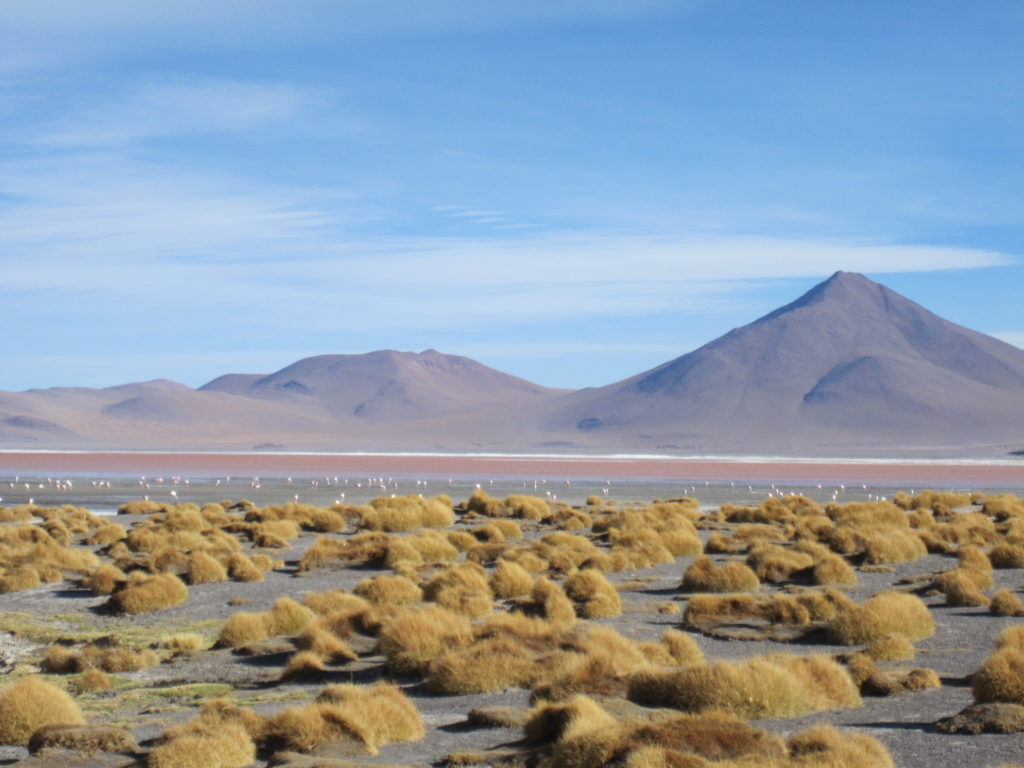 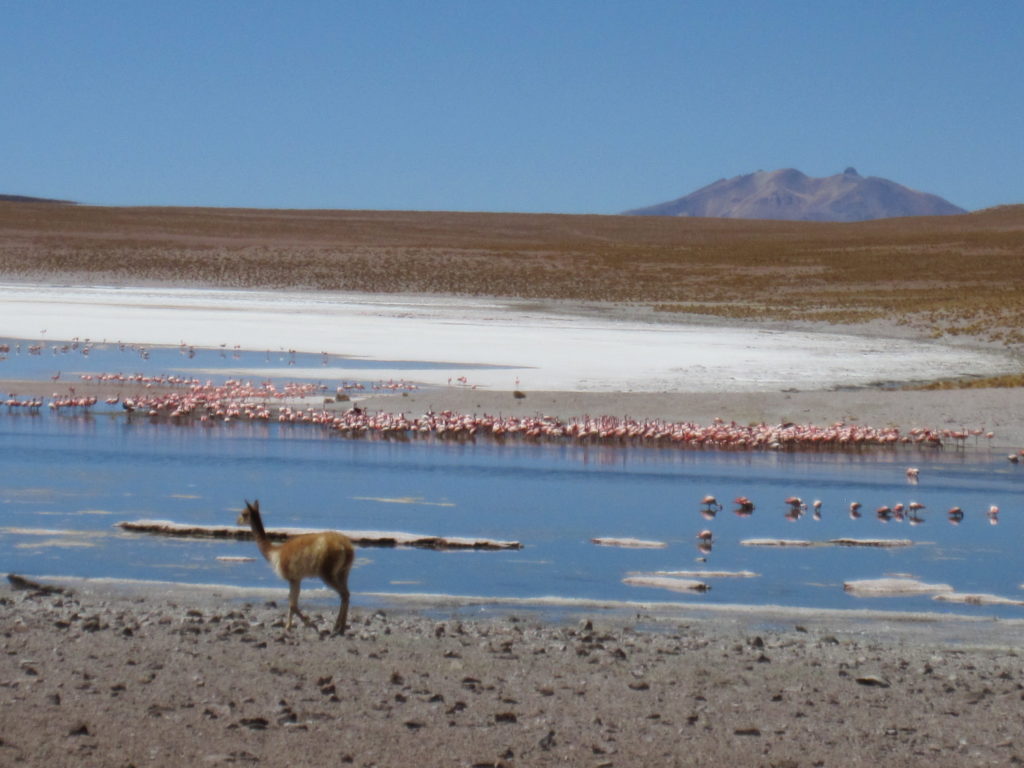 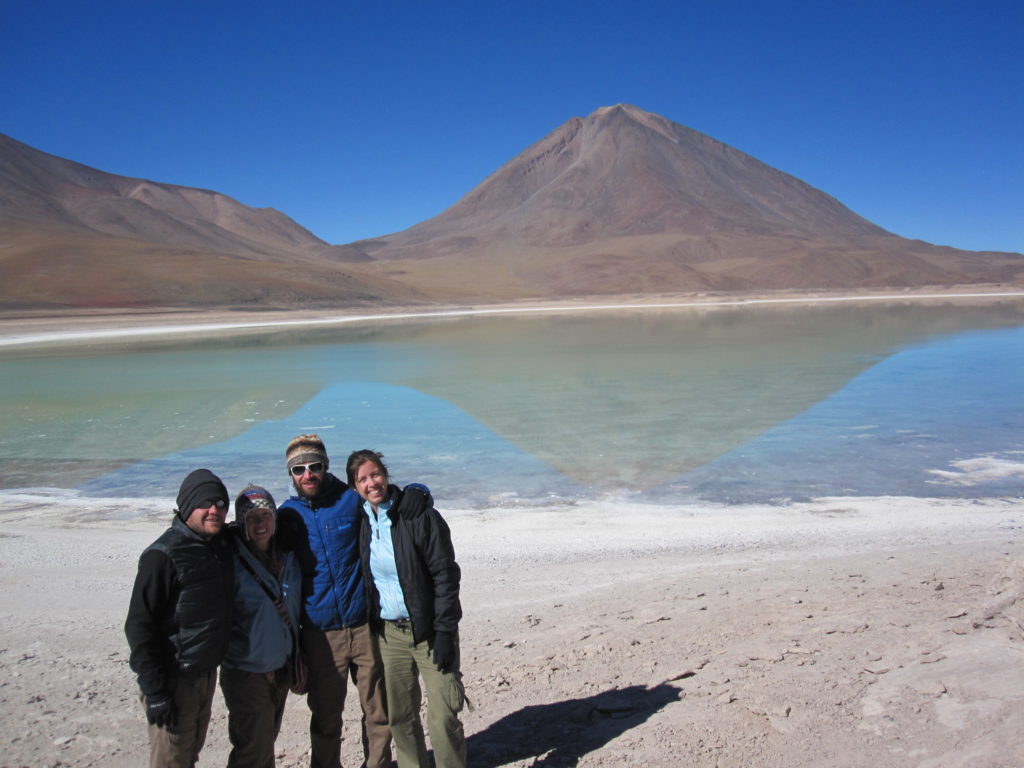 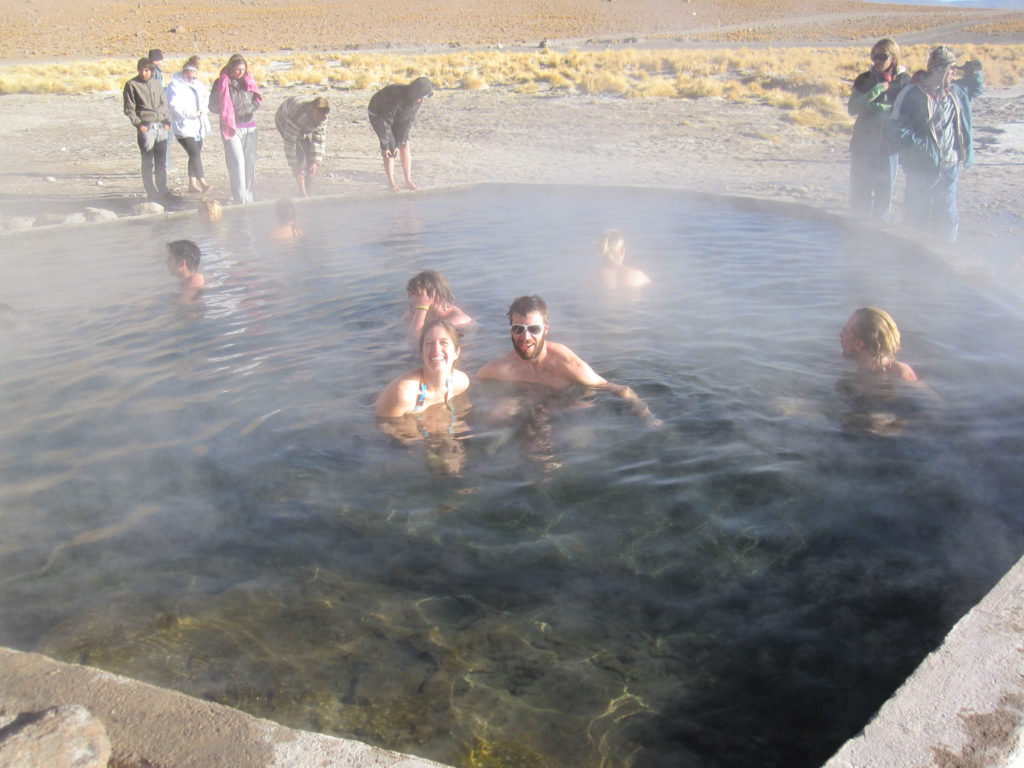 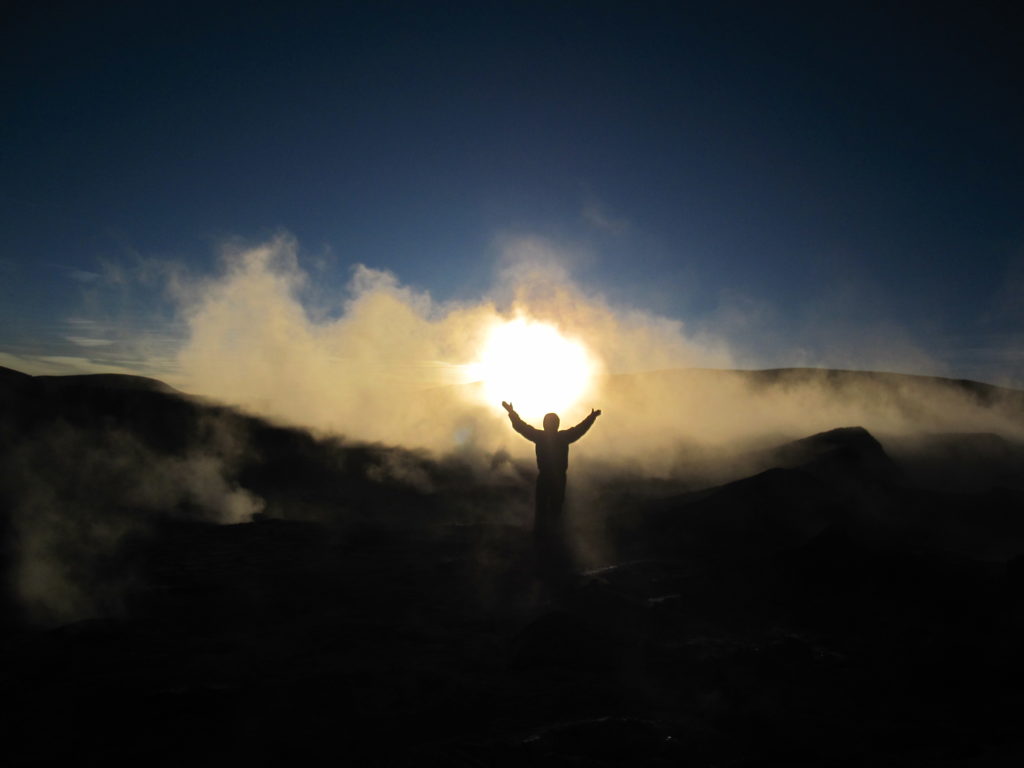 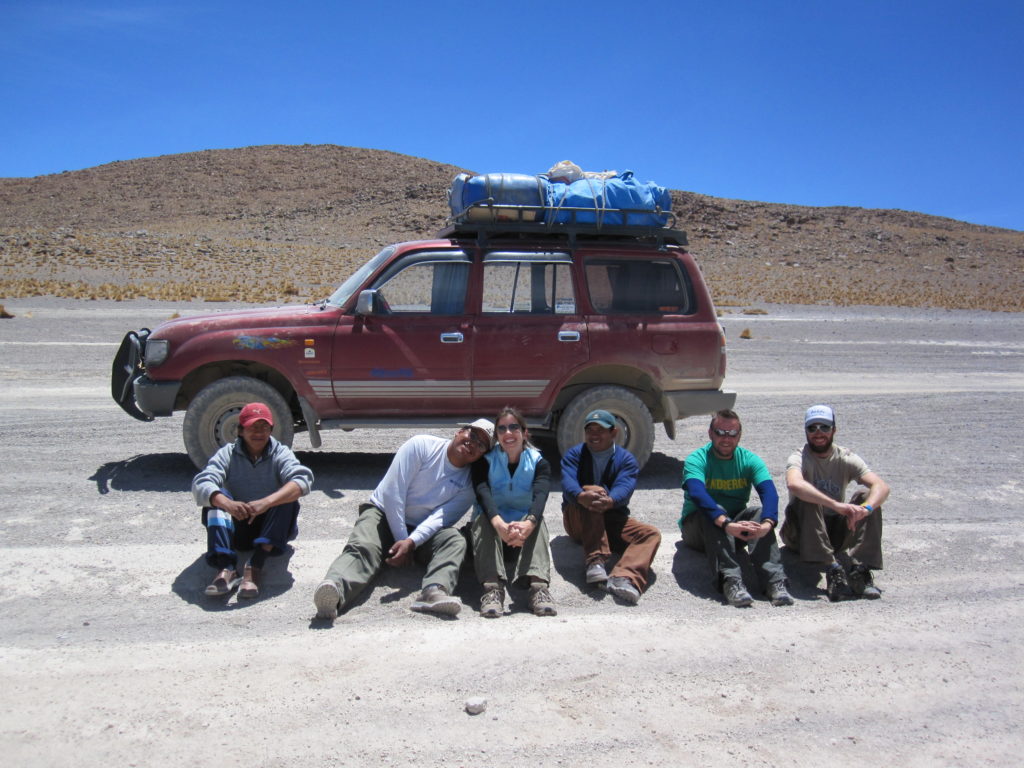 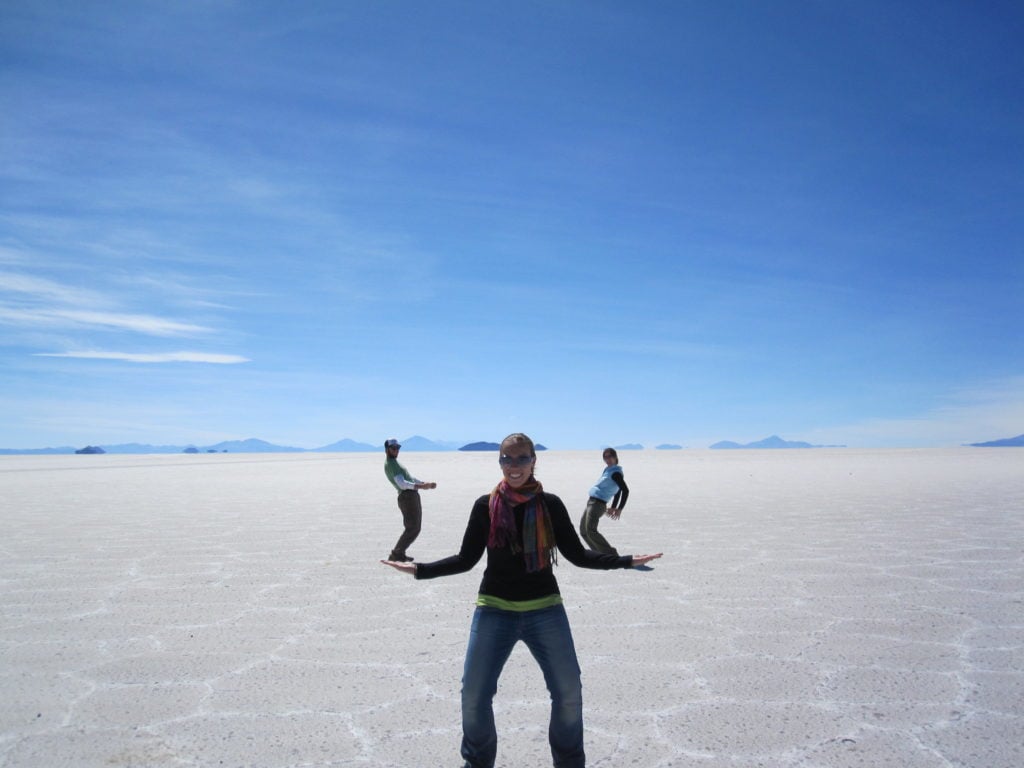 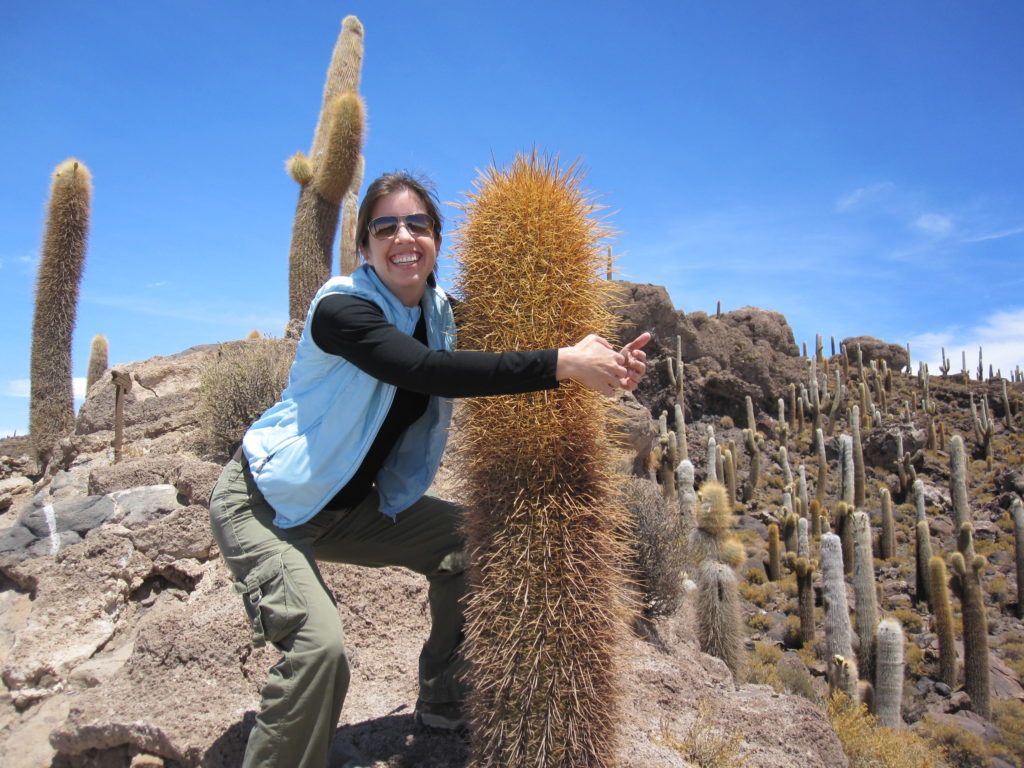