One of the world’s iconic cities, Venice draws huge numbers of tourists each year. We had already visited a few years back but following with our plan to re-visit some of our European favourites – starting with Paris last month Venice easily made the list. While we are increasingly looking for the hidden gems of Europe, there are still some cities we can never get tired of. So even though it was a bit rushed, we jumped at the chance to spend a hectic 24 hours in Venice.

With its grand old architecture, maze of narrow alleys and endless canals, I’m pretty sure we could wander the city for weeks if time allowed. Its cobbled, uneven streets can make for tiring walking but if you take the opportunity to rest occasionally on some of the many comfortable outdoor terraces and come prepared with good walking shoes, you should have no problem putting in a solid all-day meander. 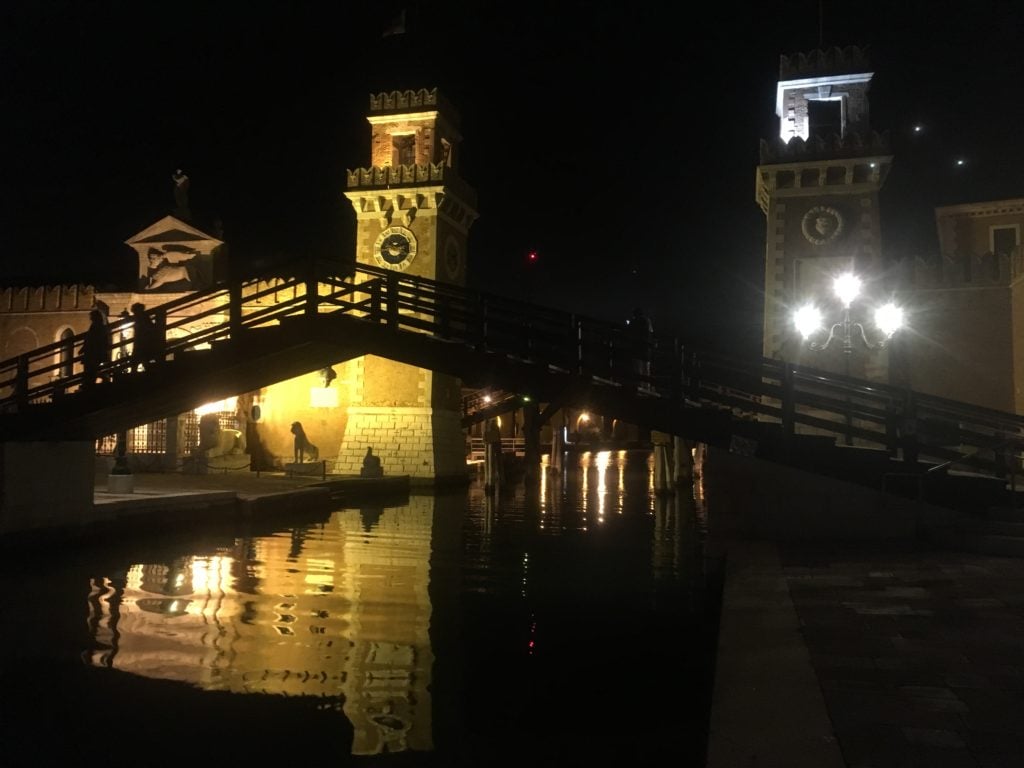 After our short 2-hour morning flight from Copenhagen, we boarded a water taxi from the airport in light rain, a rain which continued on and off throughout our 24-hour stay. Nothing too problematic logistically, although it did serve to leech the colour from our photos and, predictably, I eventually left my umbrella behind in one of the pubs. But only after enjoying another pint of Moretti and some tasty “cicchetti”, essentially the Venetian equivalent of Spanish tapas. 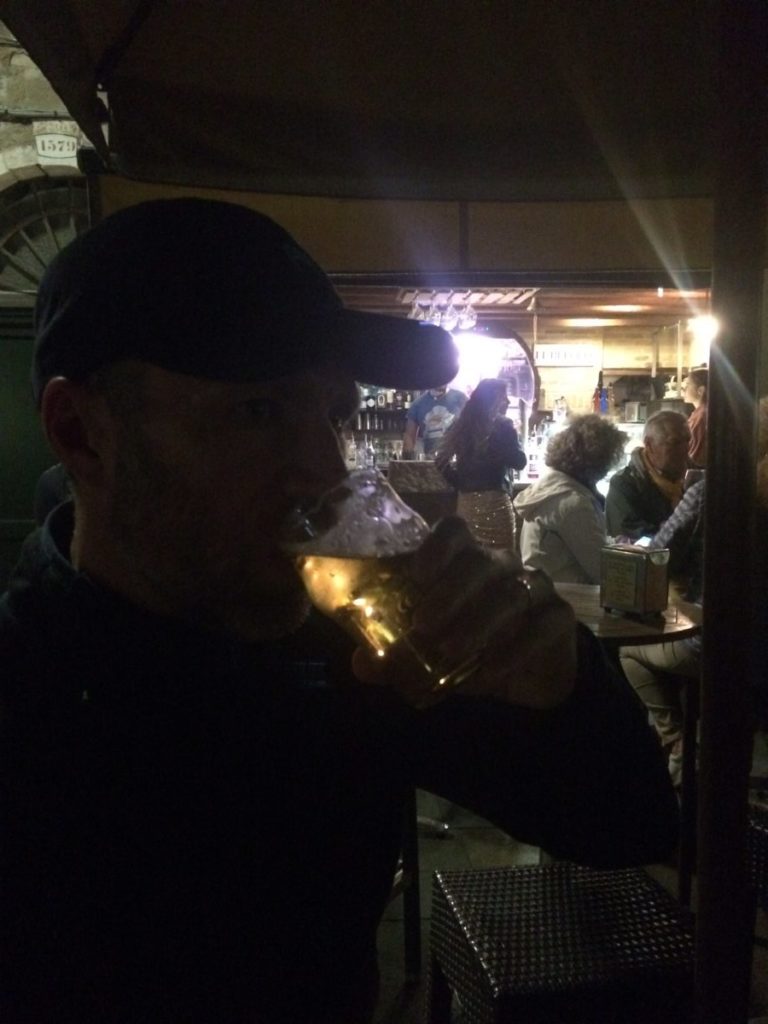 Laynni managed to find us a great deal on a small AirBnB described as a “tiny house”, and it certainly lived up to that prior warning. Tiny, but brilliantly laid out to maximize every ounce of space – walls covered in hooks, drawers hidden in cupboards, multiple power bars, shelves above the bathroom door, a shared shower with just 4 inches of space between the shower door and hall door, a TV practically attached to the ceiling. But you won’t find a better deal than €75 right in the heart of the island. 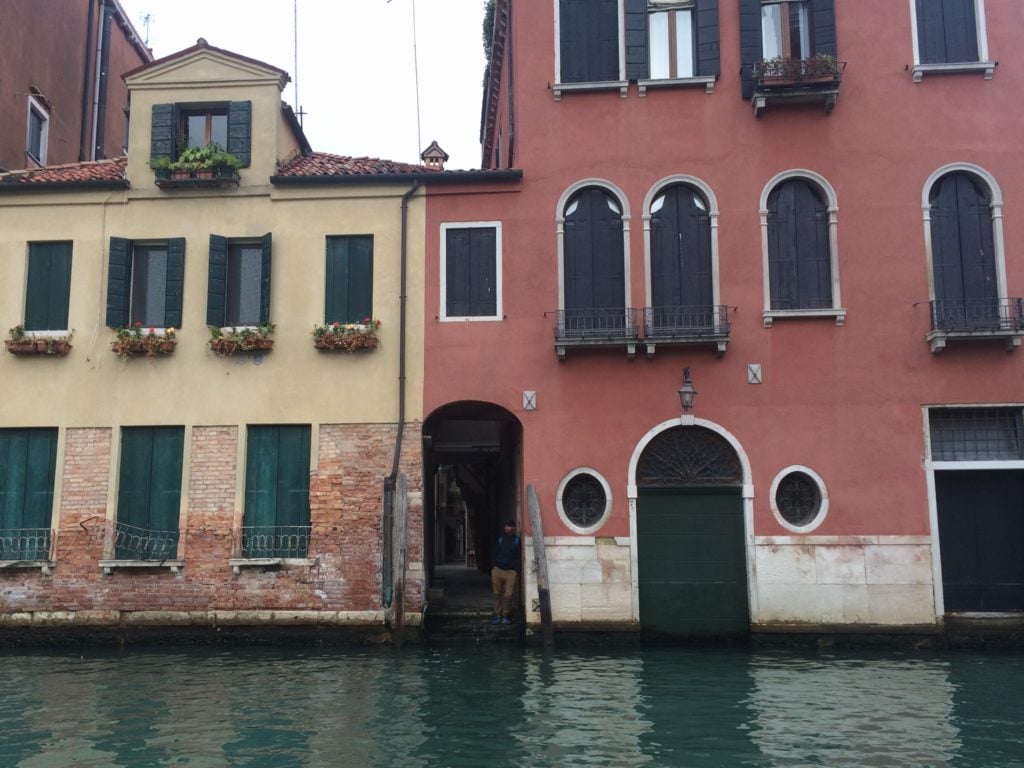 We specifically chose a water taxi that stopped off at the neighbouring island of Murano so we could get off and have a look. Little Murano is well-known for its glass-blowing shops and is a popular day trip destination from Venice. However, most people visit on tours and don’t realize how easy it is to get there and back on public boats. Which is why I have dedicated a special blog post to the logistics of seeing Murano and its even smaller neighbour, Burano, on a cheap and easy day trip.

For those of you armchair travelling, however, it is probably enough to know that Murano is very small, very cute, and basically resembles a miniature and manageable version of Venice with its own set of lively canals, picturesque bridges and stately churches. In the end, considering our short timeline, the gradually increasing rain and a narrowly missed ferry, we decided Burano would have to wait until next time (which I promise there will be). 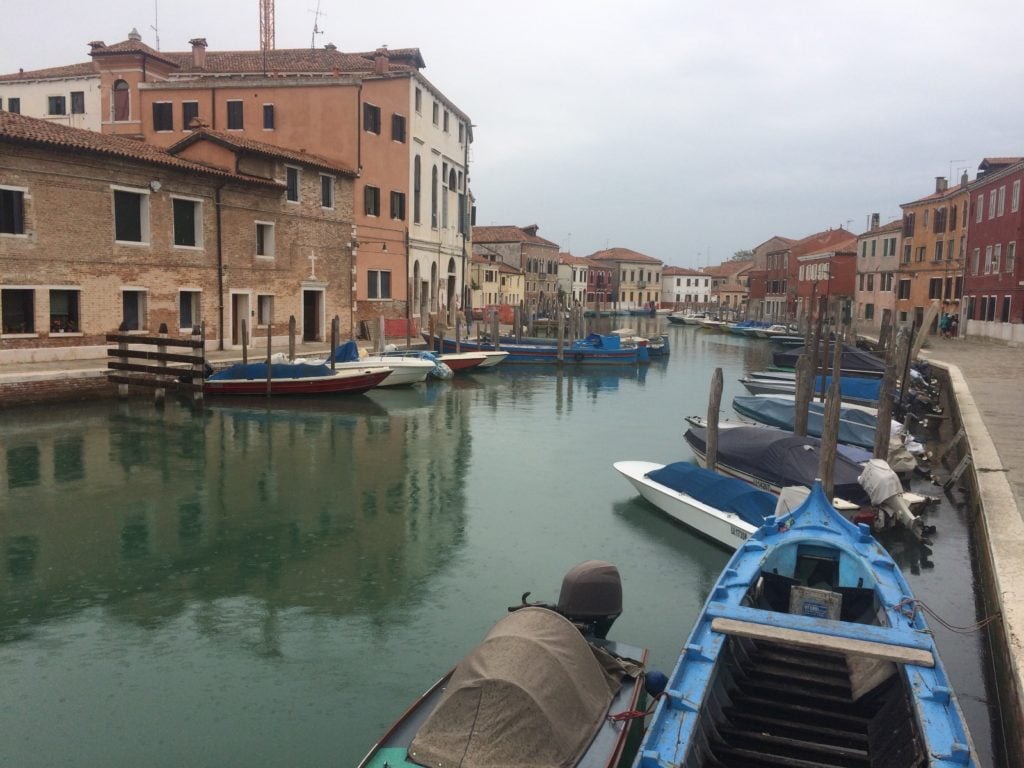 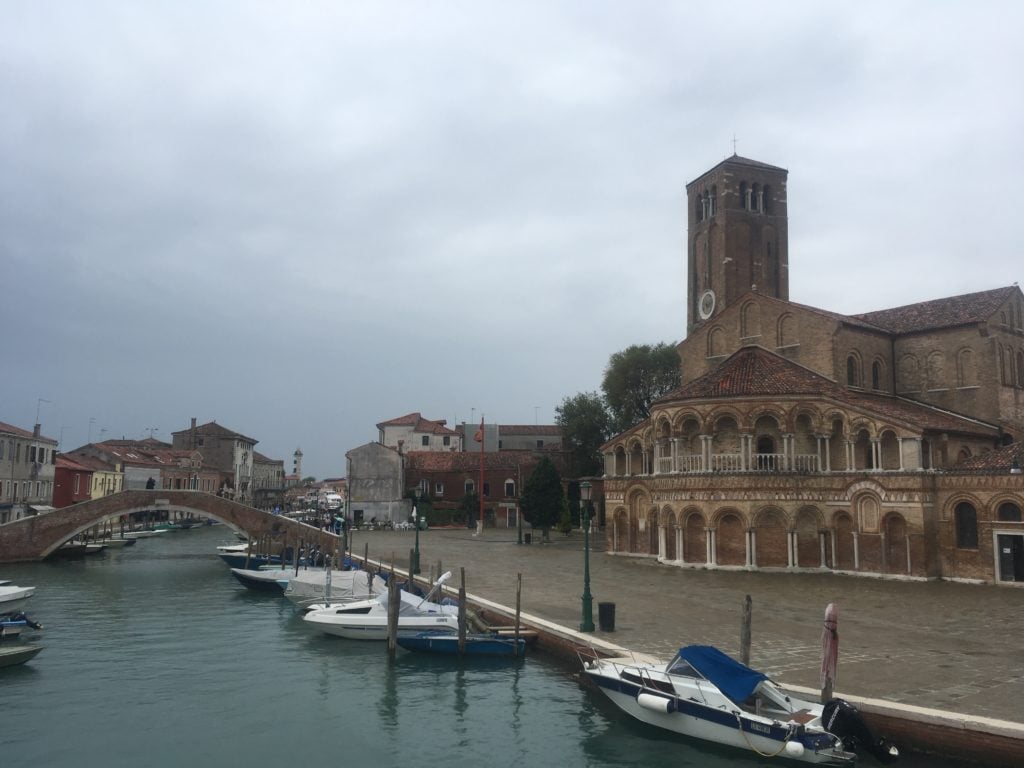 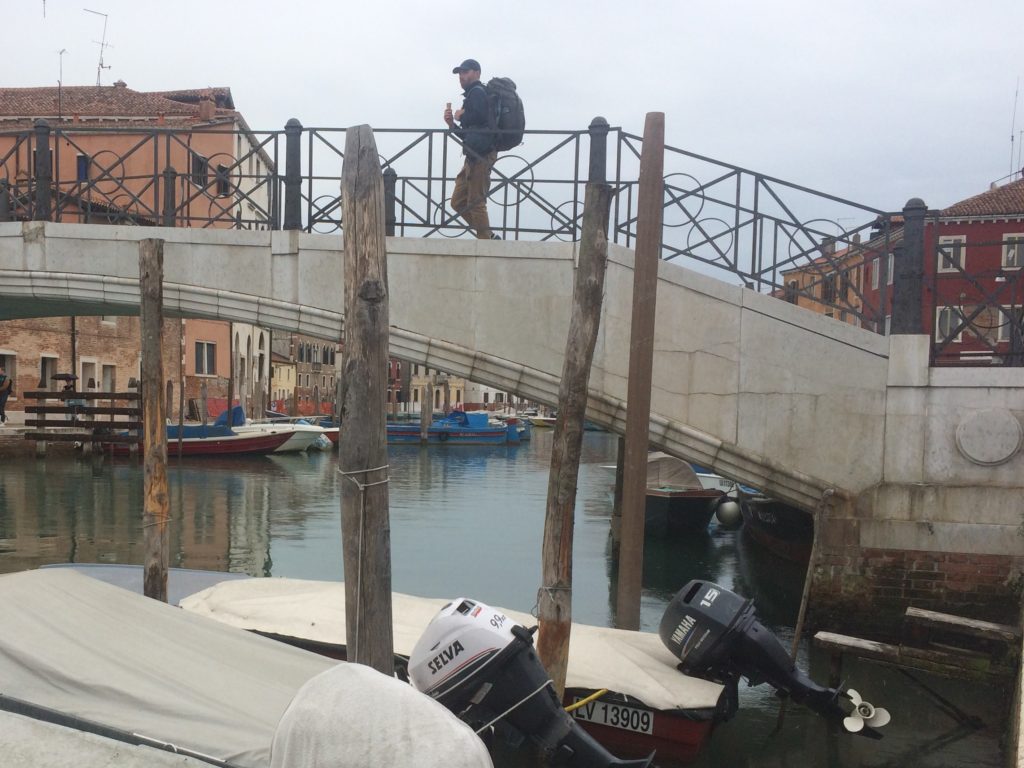 Once settled on Venice, we set ourselves to a serious bout of aimless roaming. For us, there is nothing better to do in a place like Venice than to simply meander directionless and essentially lost – through the vast warren of cramped lanes, classic buildings and jaw-droppingly pretty canals, the main reason it needs to be included in every Italy itinerary.

Around every corner you find something broadly similar, yet subtly unique, whether it be a brightly painted gondola, a peeling and faded mansion, or an elegant little bridge. And probably a casually smoking city worker, who each seem to occupy their own shady corner like Baltimore drug dealers. Including Murano (where we still were wearing our full backpacks) we rambled amid the exceptional Venetian scenery for 6-7 hours straight, never getting bored and almost never knowing exactly where we were or where we were headed.

Finally, all the exertion and exhaustion, pain and strain, of the Tour du Mont Blanc was paying off, getting us in shape for our ultimate goal, getting hopelessly lost in Venice.

A Guide To All 6 Venice Neighbourhoods

Every now and then we’d stumble across a recognizable landmark, like St. Mark’s Square or the Rialto Bridge, easily the two most popular spots in all of Venice, with briefly raised eyebrows and a surprised murmur, “Oh, we’re over there…” Don’t expect to be alone at these spots but, as with basically every popular tourist destination we’ve ever been to, all it takes is a tiny detour off the main routes – in this case, those two Instagram hotspots, the Grand Canal and, for some reason, one particular Venice trinket and candle shop near the bay – to shed the bulk of the crowds and occasionally even find a quiet alley, placid canal or urine-soaked dead-end corner all to yourselves.

Likewise, early morning is a much different proposition, with hardly any other tourists around to photobomb your great bridge and canal shots. And it doesn’t even have to be sunrise or anything as absurd as that. We got moving around 7:30 am and for awhile it felt like we had missed the tsunami siren or something, strolling around in the eerie quiet like it was an abandoned movie set.

Then, after a tranquil breakfast of bread, fruit and yogurt (procured in a local shop for a fraction of the typical Venetian restaurant prices) enjoyed on the edge of an only moderately pungent canal, we got watch “real Venice” slowly come to life in that brief window between empty silence (sunrise) and tour group madness (9 am).

Kids making their way to school, fruit and veggie shops opening doors and awnings, commuters quick-stepping their way to a job somewhere, city workers cleaning up after the night’s debauchery (and smoking, of course), all of this real Venetian life taking place with barely a tourist to be seen (probably the only time that will be the case for the next 15 hours or so). 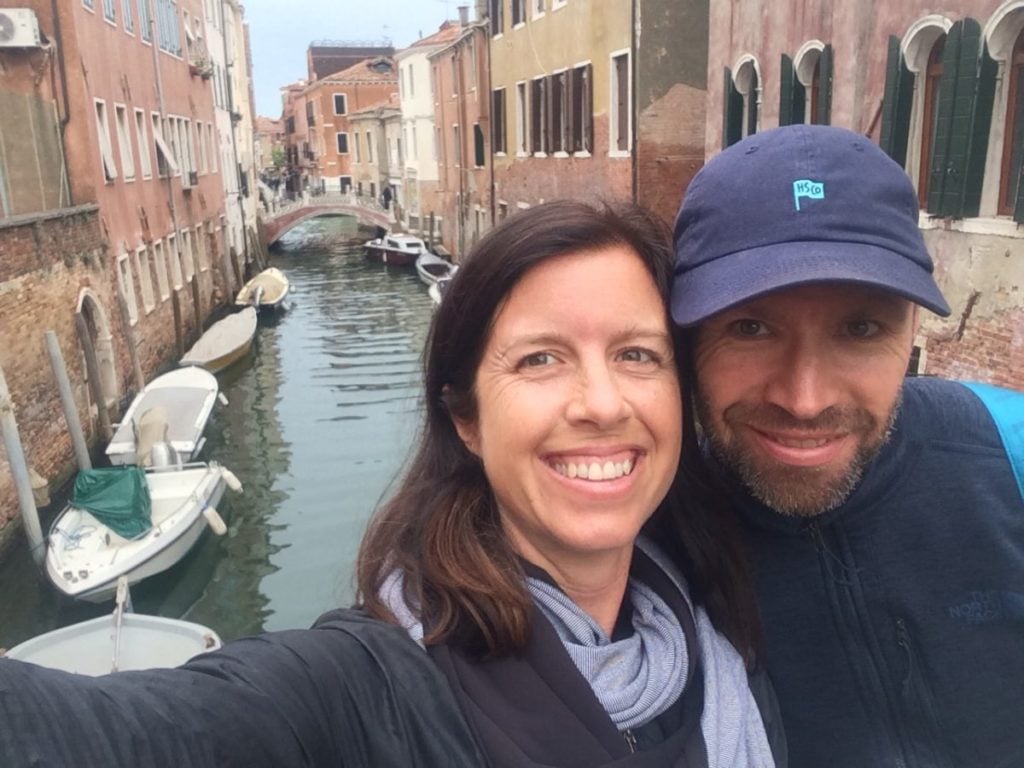 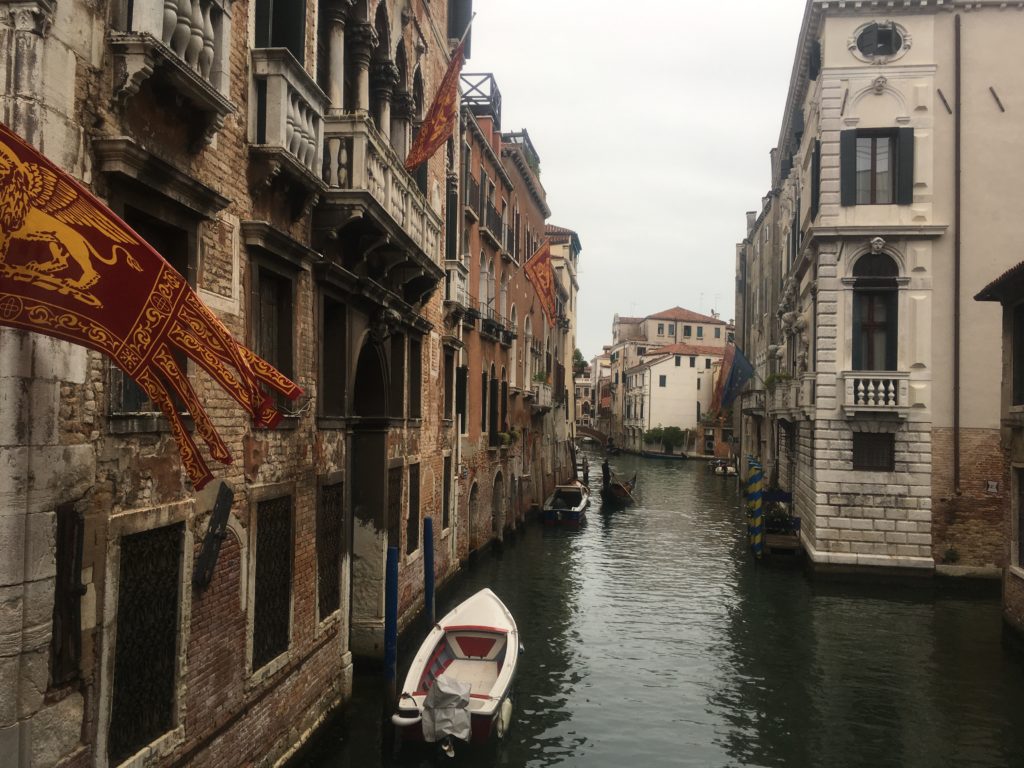 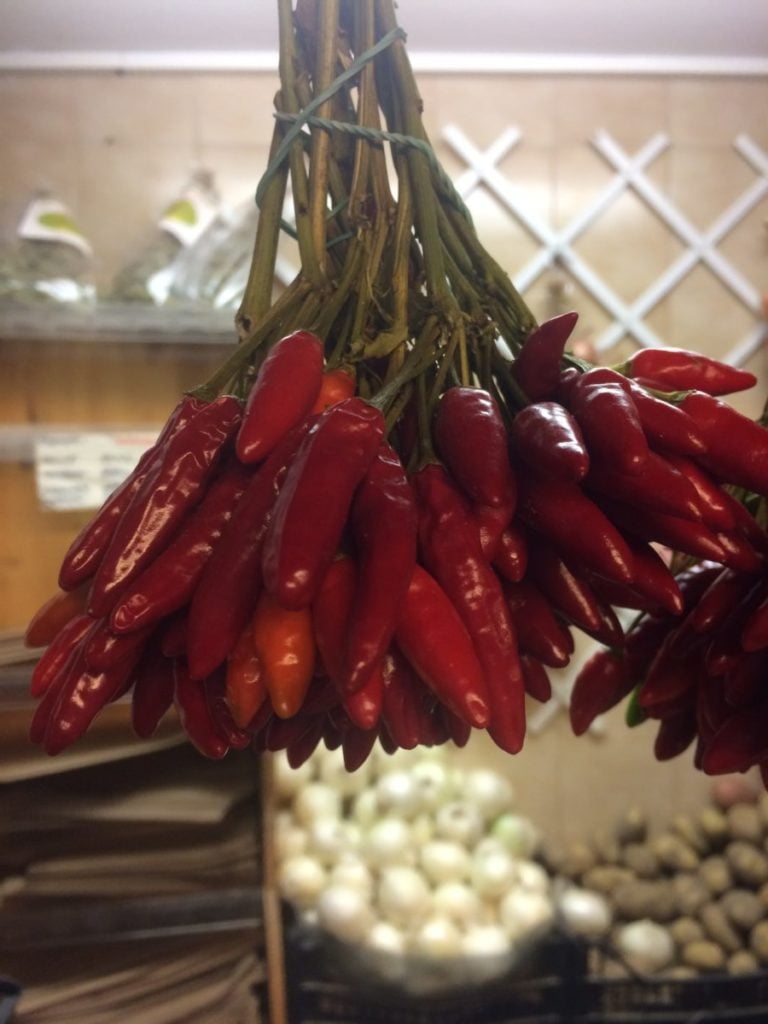 We didn’t mingle with other humans much as such, unless you count the French couple staying across the narrow hall from us who were inevitably leaving just when we returned, and vice versa, forcing us into awkward hellos and contortionist passing maneuvers. How did we know they were French? Well, because, like every French stranger we’ve ever crossed paths with, they insist on using “bonjour” and “bonne soir” no matter what country they are in or what the native language is.

We don’t claim to be expert linguists by any stretch, but even we can pull of a polite “Buongiorno” or “ciao” in Italy, or “namaste” in Nepal, or “How ya goin’?” in Australia. The French, however, don’t usually roll that way, clinging to “bonjour” like a comforting beacon from home in a strange and hostile land. 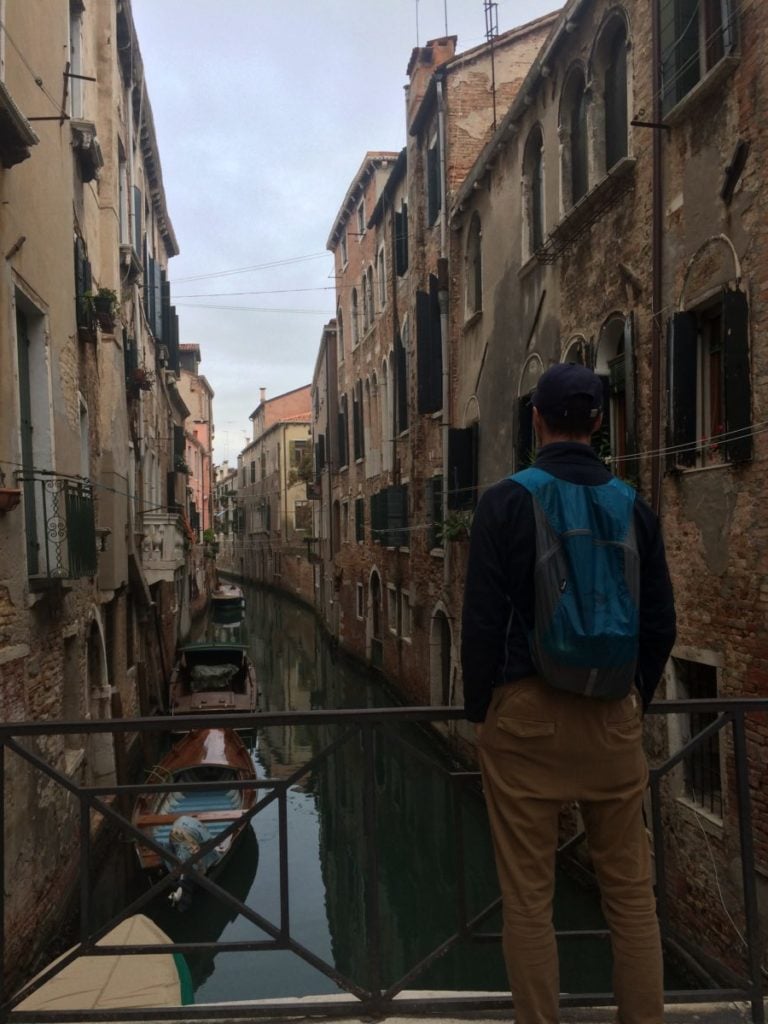 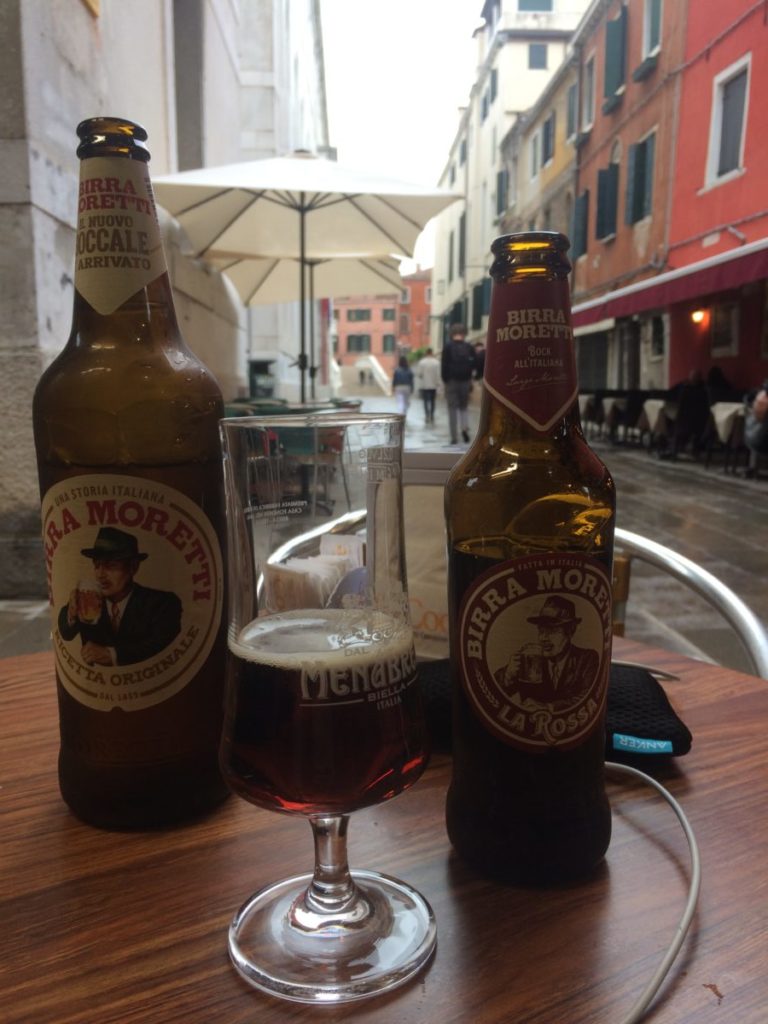 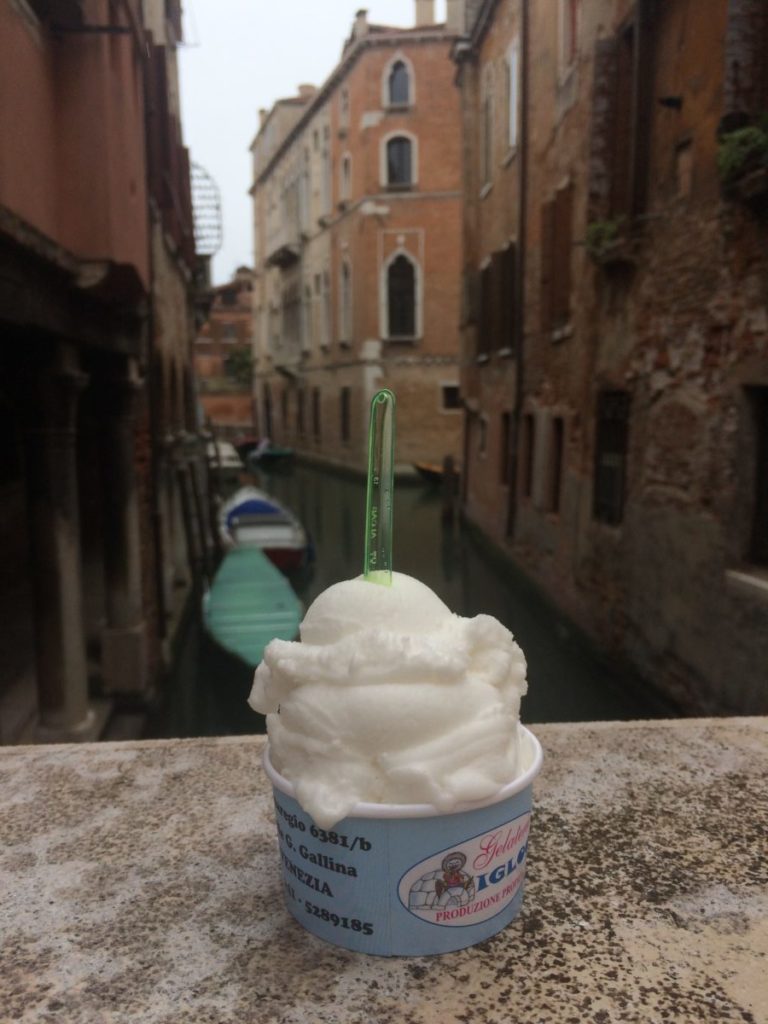 Maybe rants like that one are why we never meet anyone nice (no offense, Looney). Anyway, we did have an odd encounter with a young Italian couple we came upon while breathlessly admiring another little bridge. They were also breathless at the time, presumably, considering the intensity and enthusiasm with which they were making out in a nearby Bruggian alcove (In Bruges, 2008).

Not that surprising in itself, we were more puzzled by the way the “session” suddenly ended with a rather formal handshake. Then, while we were quietly analyzing this odd occurrence, they suddenly approached us to ask our advice about his EastPak backpack. After skillfully prevaricating in order to avoid taking sides (he: pro EastPak, her: quite derisive toward that particular brand), Laynni managed to inadvertently imply that the problem may be that he lacks my confidence to wear whatever I want, to which this young fellow responded with a pondering nod, then offered me exactly the same handshake he had so recently bestowed on a woman who had just been trying to swallow his tongue. I’m still not sure what to make of it.

So, while I would certainly encourage a longer stay, even if you can only manage to spend 24 hours in Venice, it is still well worth a visit.

Castello: A Guide to Venice’s Most Authentic Neighbourhood